Art & Culture / No ‘industry’ can ever keep up with culture 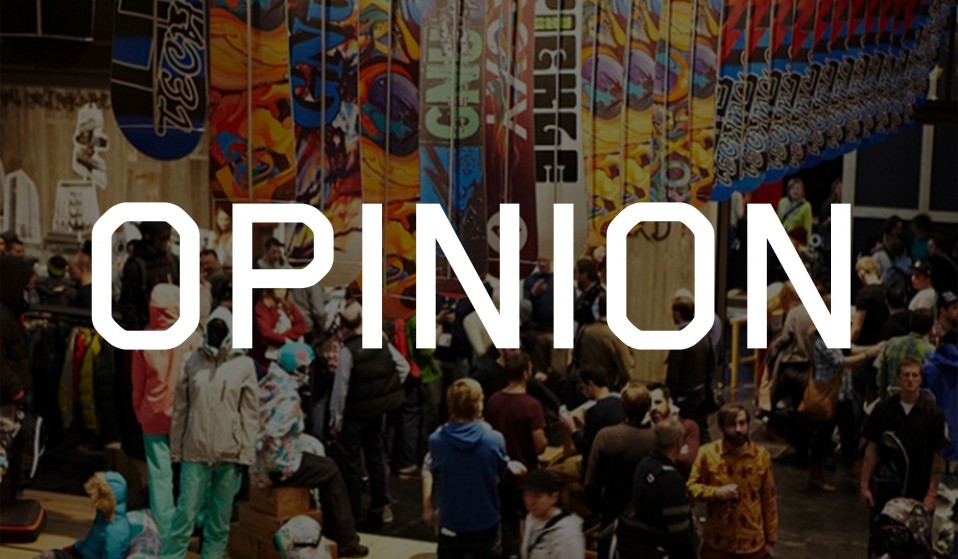 When any 'industry' tries to co-opt a culture, it's like a clown car chase through a hall of mirrors.

When any 'industry' tries to co-opt a culture, it's like watching a clown car chase through a hall of mirrors. Look away, Michael Fordham says, and just focus on what you do.

There’s always been a gaping trench of misunderstanding between any given ‘industry’ and the individuals who created the culture that inspired it. But sometimes, the yardage between what people actually do who skate, surf, ride motorcycles, create art, music or fashion — and the people making money from it —  is so huge it’s laughable.

Right from the start of the cultures of surf and skate for example, there may have been a fleeting Eden where the people who created the boards, the clothing and all the assorted accoutrements that constitute a culture were the ones doing it more resolutely, originally and authentically than anyone else.

It’s a careworn story. Back in the protean mass of pop cultural influence that was postwar California, it was the handful of hot local surfers who sculpted balsa beneath the piers. Soon as they realised they had a scene, they printed heavy pocket tees and canvas trunks and dished them out to the cool kids in the neighbourhood, most of whom could actually surf. But by 1957 the scene had exploded and valley kooks and a panoply of other crackpot inlanders were surfer stomping on the weekend down at the beach in their Huarache sandals and Pendletons.

That’s right. By the time John Lennon had even heard an Elvis Presley number, the surf scene had already been coopted by the man, man.

This perceived journey from authenticity to simulacra is mirrored and reflected and warped into every imaginable shape. And people love to get all angsty about It.

The story popped its head above the parapet again recently in a piece on Wired.com (which quoted the acerbic wit of our own Ted Endo). Apparently, Rodney Mullen had been hanging in Silicon Valley and rapping, presumably all TED-lecture like, with the denizens of the tech startup ghetto and schooling them on the broad similarities between the inherent creative rebellion at the heart of skate culture and that of tech ground zero. The scribe, a woman who had, according to the narrative, been a skater in the 70s but left the scene after it had become all balls-heavy and redolent of machismo — was in equal part scared, disgusted, saddened and angst-ridden.

Did this mean that both the rebel heart of skating, and that of the esoteric world of code-authoring (go figure) had been compromised? Well, it seems that she stopped skating because freestyle wasn’t hip. She faded from the thing that motored her passion in favour of the presumably more egalitarian pursuit of wave-riding because there were too many men seeking to define girls who skate as ‘hyper sexualised groupies.’

The fact that someone sticks their head over the parapet to profess their part in the unwinding story is to be applauded — and it sucks if anyone drops out of something they love because of some sort of cultural (or physical) intimidation. But ultimately — it’s a sad indictment — not only of an industry — but of an individual who has failed to see through and rise above the bullshit. Because you see, if you take notice of what the spurious corporate emanations will tell you about how, what, where and with whom you should ride, then you’re becoming part of the problem.

If you were to take surf industry ad campaigns too seriously, for example — that at one time seemed to suggest that we all should aspire to tow-headed machismo and kook-hating aggression; then you were helping to create the septic culture that will one day alienate you. If on the other had, you believe the current seasonal hype about how cool it is to surf amongst Icebergs — and that as a surfer you should be bearded, primaloft and merino-clad mountain man who would eschew  the tropical halcyons of surf lore in favour of ball-frizzling temperatures in a six mil,  then that’s equally absurd.

Skateboarding’s aesthetic has, meanwhile, been through every mentalist punked up, bugged out, agit-prop, hip-hop, thrash metal, douchbag season imaginable. And that was before the web came and accelerated it all. Nowadays the otiose ethos dreamt up in the digital agencies and flogged to us endlessly rotates on a bonkers carousel – motored into pixelated chaos by insta feeds and a clusterfuck of 240FPS vimeo channels.

The corporations certainly can’t capture what is cool here, now, there, then, tomorrow. We can’t. And neither can you.

Linkedin
OTHER ARTICLES
In the last of our dispatches from OFFF Barcelona, Rufus Deuchler and Vincent Gault discuss the future of creative process.
Our new magazine is here, starring the inimitable Mitski. Order your copy now and join us on a trip around the world.
The government is scrapping the Human Rights Act in a move that will hit marginalised people hardest.
After news broke last week around an expected reversal of the 1973 landmark law that made abortion legal in the US, protestors gathered in the UK in support of American women.
The author discusses her blistering new novel about history, revolution and queer love.
Photographer Robin Graubard’s debut book offers an unflinching record of turbulence and change across the Balkans.