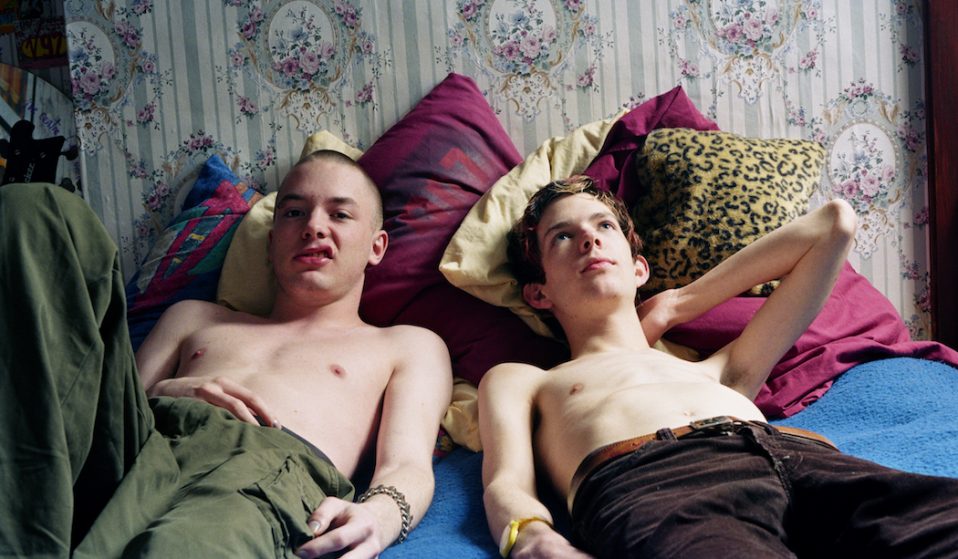 “I was certainly living a hedonistic life during the ‘90s,” says photographer Marc Vallée, reflecting on his time studying for a fine art MA at London Guildhall University, where he enrolled in 1997. “I’d go clubbing every night of the week at queer alternative clubs that crossed over with the art school, drinking and dancing to guitar-based music or hip hop.”

It was also a period marred by devastating loss: “I’d gone through a pretty horrific time in the 80s and early 90s, of losing a lot of friends, lovers, boyfriends to AIDS,” he says. “A lot of the work I was producing on the degree was very AIDS-related. It was very cathartic.”

When he wasn’t frequenting the many bars dotted around Soho, Marc would often hang out at his friends’ Jamie and Lloyd’s dilapidated house in Stratford, East London. “For the life of me, I can’t remember whether me and Jamie met in a club or at art school [Jamie was also studying fine art], and neither can he,” says Marc. Either way, the two men have remained friends to this day. 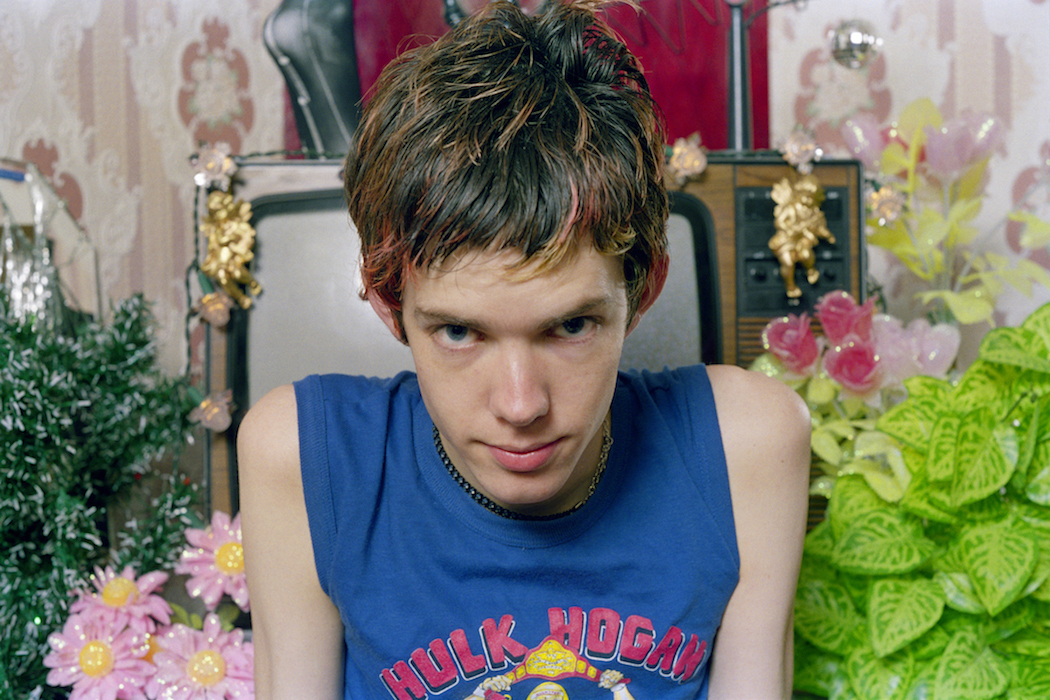 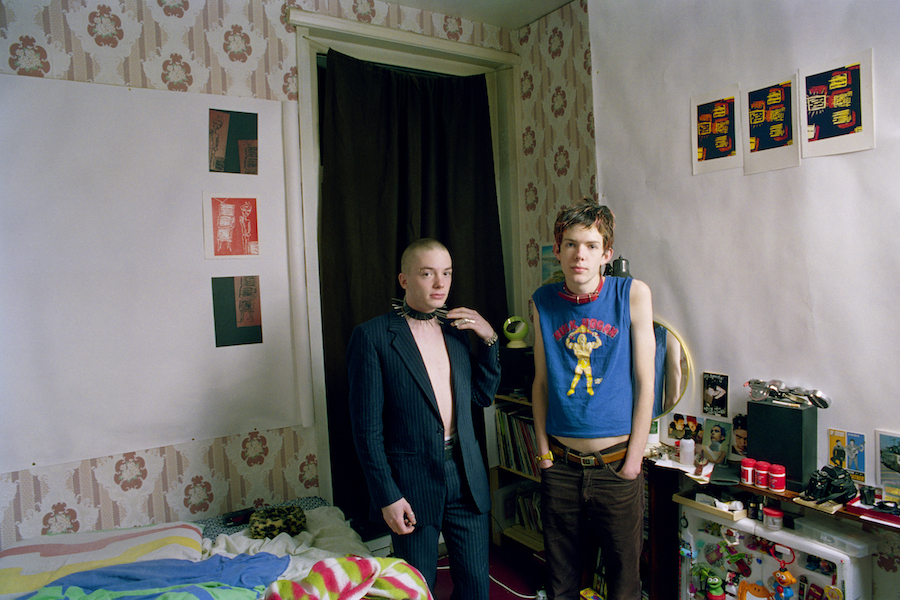 On one occasion in 1998, Marc, then in his late-20s, decided to shoot the housemates as part of a project for his MA. These photos now comprise a zine, titled When I was at Art School in the 90s.

Writing in the foreword for the zine, Jamie remembers days spent in the house “constantly dying our hair, pretending the matted stray cat was ours, planting a garden of plastic flowers in the living room”. Marc was, Jamie recalls, “a little older and more worldly than us [me and Lloyd]. He carried a skateboard and had met Derek Jarman.”

Marc remembers one day dragging a set of lights to the house for the shoot. While the photos were planned, they appear to show the young men in their natural habitat, trying on various outfits and different styles, pretending to be lovers, in a carefree creative display. The rawness of the images, combined with Jamie and Lloyd’s distinct nonchalance, speaks to the punk, grunge aesthetic synonymous with the decade. 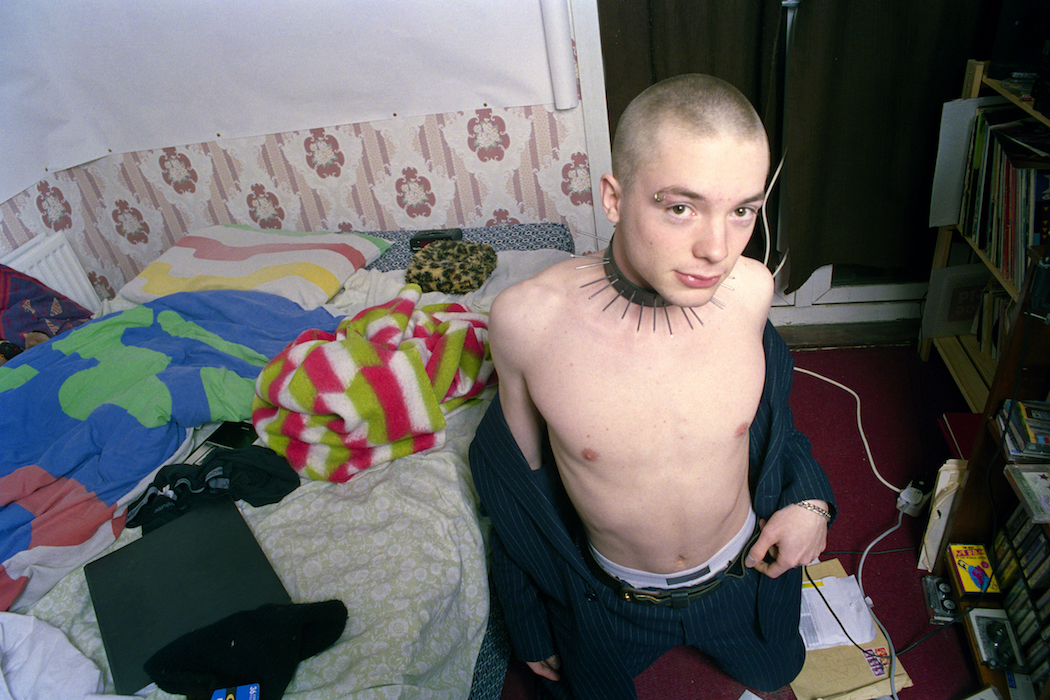 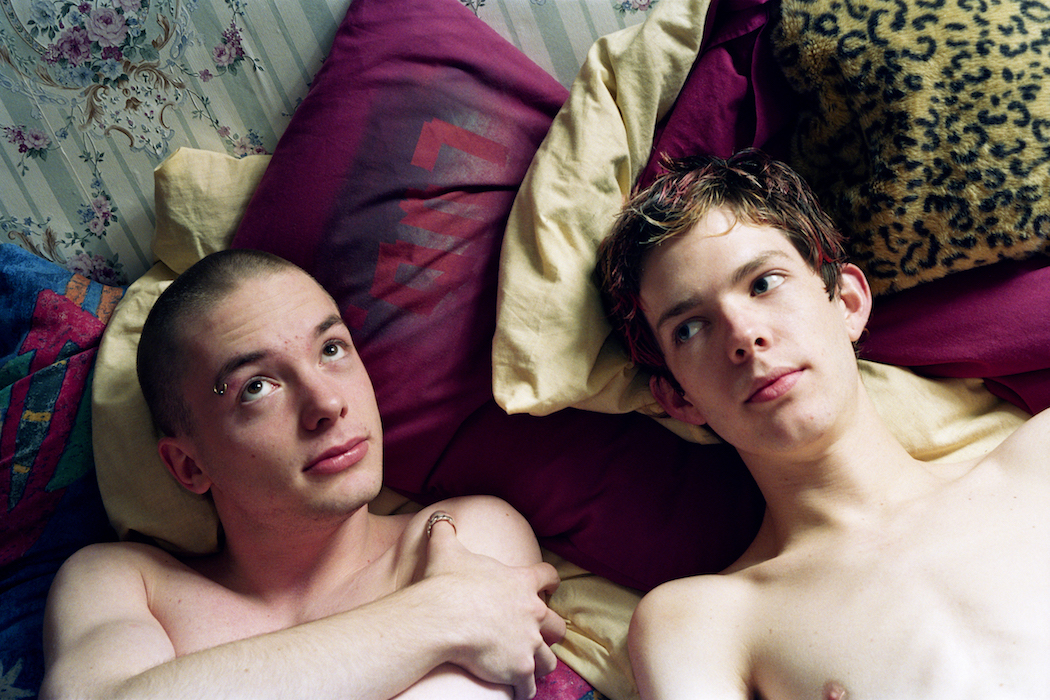 Marc remembers art school as an accepting haven for LGBTQ+ students: “We were very ourselves. I mean, you always had the serious straight boy who was usually a sculptor,” he says. “But I never felt any kind of feeling of being closeted.” Outside of art school, things were different, though. London was, Jamie describes, “a dangerous landscape for an eyelinered young homo to be flitting about… My wanderings were tinged with fear”.

Amid this at times hostile climate, Marc’s photos give the sense of two renegades discovering themselves on the fringes of society. But rather than over-romanticise this golden age for British art schools, in the zine’s forward, Jamie honestly recalls the realities of being a young, broke student. “Everyone else moved out [of the house] before the lease was up,” he remembers. “I was left in the dark, rummaging behind damp couch cushions in search of coins for the electric meter”.

The photos bridge this gap between reality and an imagined past, tinged with nostalgia. “Revisiting these pictures I realise they’re not just about the erotics of half-naked pasty twinks lounging around (although they certainly are about that),” reflects Jamie. “[They] seem to invite us into an almost spectral realm between the real and unreal, a sort of photographic witching hour.” 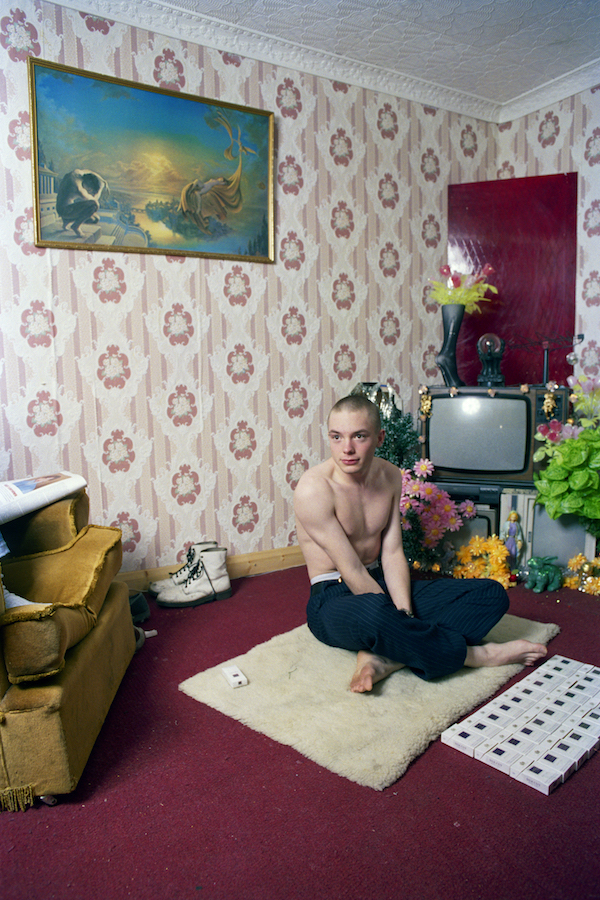 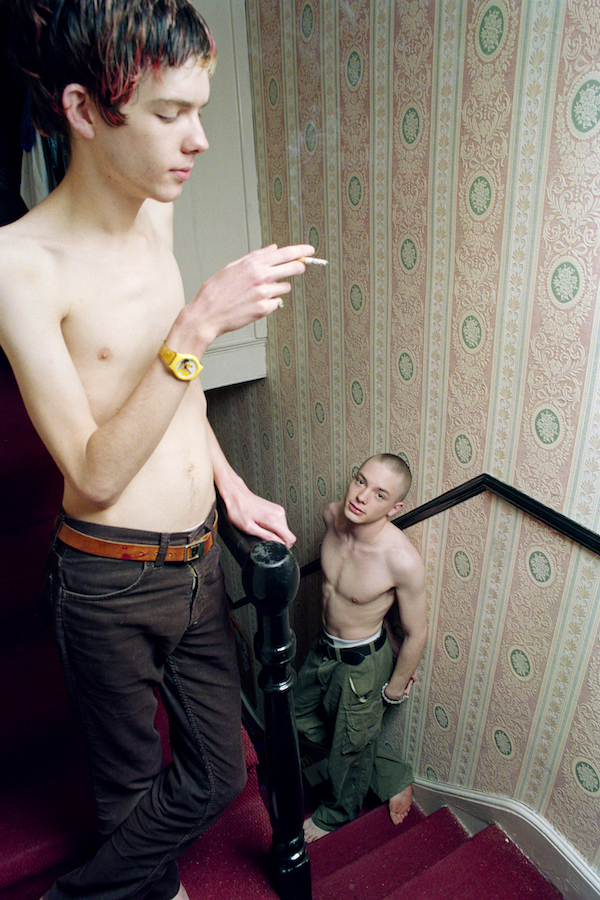 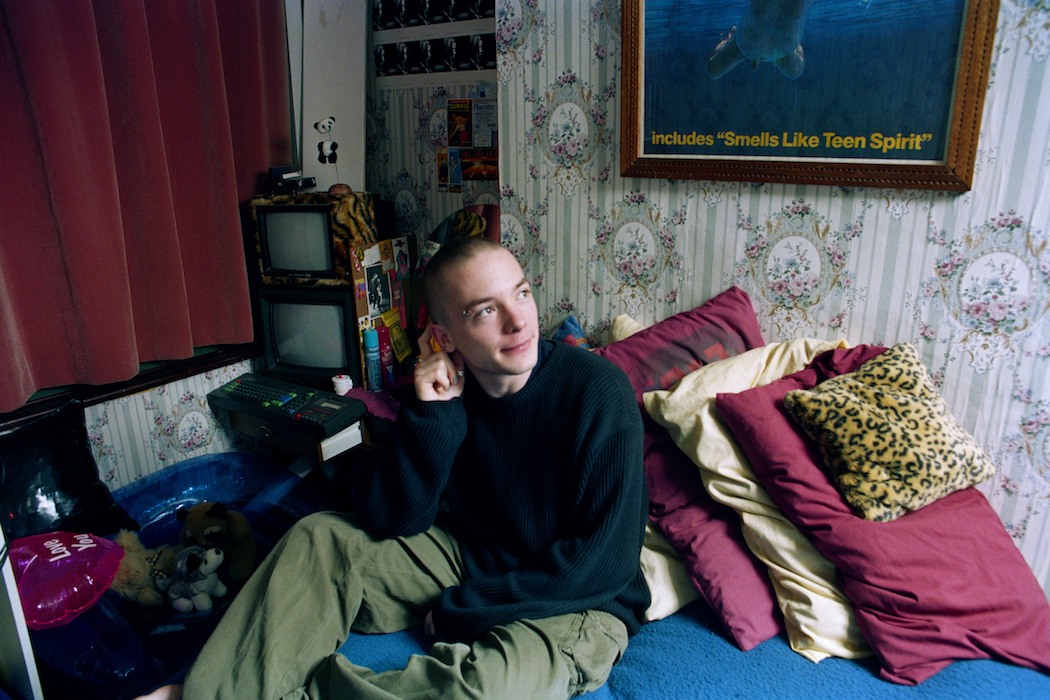 When I was at Art School in the 90s is available as limited print editions and the zine is out now.

Linkedin
RELATED ARTICLES
OTHER ARTICLES
Photographer David Corio’s archive offers a glimpse inside a revolutionary era of music and nightlife.
Birdy Chu reflects on documenting the historic moment in which the territory was formally passed back from the UK to China.
Rhiannon Adam spent three months capturing an ageing society wracked by division, isolation, and the aftermath of scandal.
Yesterday thousands gathered outside Buckingham Palace after news of the Queen’s death broke.
As the Scottish government announces a rent freeze, an activist with Living Rent who fought and won shares how they did it, and what must come next.
The workforce is now gearing up for industrial action after receiving a measly pay rise, reports Ella Glover.