Art & Culture / Inside the soaring Pokémon trade fuelled by lockdown 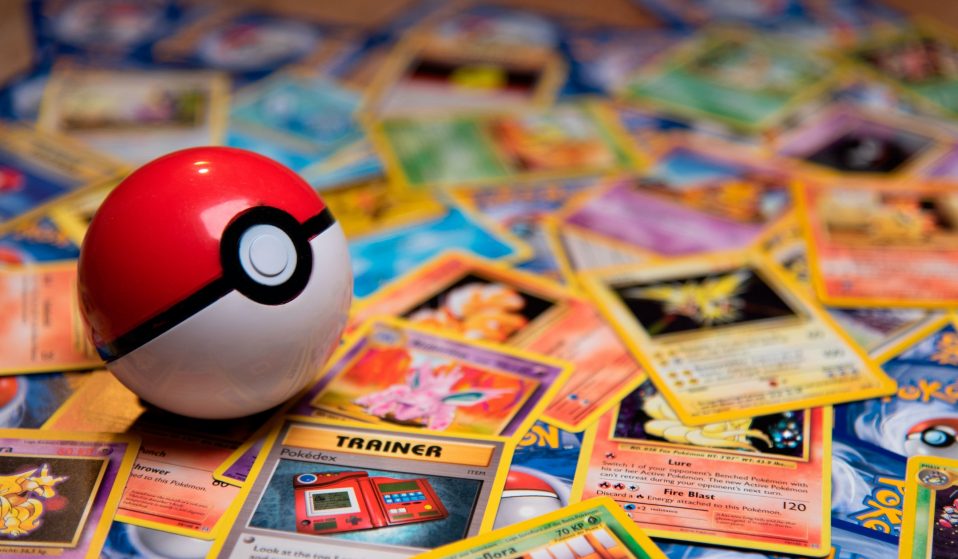 With the pandemic triggering widespread nostalgia, many have found themselves returning to childhood favourites like Pokémon. And now, card traders are raking in hundreds of thousands by capitalising on the growing demand.

With the pandemic triggering widespread nostalgia, many have found themselves returning to childhood favourites like Pokémon, which turned 25 this year. And now, card traders are raking in hundreds of thousands by capitalising on the growing demand.

On February 27, 1996, Nintendo released its first Pokémon video games (also known as Pokémon Red and Green versions) in Japan and it was an instant success. From Pallet Town – the hometown of the game’s protagonist, Ash Ketchum – players could choose from Professor Oak’s starter Pokémon of Bulbasaur, Charmander, or Squirtle, before embarking on an epic quest around the game’s fictional Kanto Region in a quest to capture Pokémon, defeat the Indigo League’s eight Gym Leaders, and become – as the theme song goes – the greatest master of them all.

There’s hardly any millennial that’s not felt the gravitational pull of Ash, Pikachu, and their cohort of cutesy pocket monsters. A stalwart of early noughties pop culture, Pokémon has maintained its popularity over the decades, whether through countless movies, games, or spin-offs. In 2016, Pokémon Go took the world by storm, galvanising thousands of adults and children onto the streets in search of augmented Clefaries and Vulpixes, while 2019’s live-action Detective Pikachu, starring Ryan Reynolds, was a commercial success, despite its bizarre premise and uncanny valley CGI.

Now, the franchise is celebrating 25 years since the release of the original video games with a year-long programme of events, including exclusive collabs with Levis and McDonalds. A virtual concert with rapper Post Malone commemorating the occasion took place last month, while AR fleets of Pokémon literally invaded the International Space Station.

With the pandemic forcing us indoors, many have found themselves returning to childhood favourites, like Pokémon, for comfort. A recent report highlighted the relationship between soaring Pokémon card prices and the lockdown, with some trading cards fetching up to a staggering six figures at auction. According to the report, a 1999 base set recently sold for around $400,000 at auction, while a single Charizard card sold for $300,000 – a dramatic increase from its asking price of $16,000 in 2019.

“When Covid-19 hit, a lot of Gen X and Millennials were looking for things to do and we found a lot of these guys and girls started playing Pokémon again because they grew up with it,” Joe Maddalena, the executive vice president of Texas-based Heritage Auctions, said of the increase in demand.

Last month, Pokémania reached fever pitch when McDonald’s teamed up with the franchise to celebrate its anniversary with special edition Happy Meals containing 50 collectible cards, including some rarer holographic ones. Quickly, a black market emerged. People began buying Happy Meals en masse, some even throwing out the food and selling the individual cards for a mark-up. The frenzy got so out of control, that McDonalds started placing restrictions on the number of Happy Meals bought by a single person, with Nintendo releasing a statement pledging to up its efforts to reprint impacted Pokémon products at “maximum capacity”.

What’s more, figures provided by eBay highlight a 123 per cent increase in the sale of trading cards on its platform between July and October 2020 against the same period in the previous year. Laurence, an eBay seller, started buying base sets back in 2012 after noticing a spike in prices. “I collected them during my childhood and had a substantial collection, though I ended up selling them all while at university for around £300 a set in 2005,” he explains.

“A number of years later, I started to grow upset that I’d sold my collection, but I was lucky enough to have the cash to buy graded cards that were going for just under £1,000. I spent around £30,000 buying PSA10 (the highest rating) cards of the original first seven generation sets.”

With trading card prices at their highest yet, Laurence has recently sold a single PSA10 base set Charizard for £45,000 and a complete base set for £80,000. “For my base sets, I’ve had offers up to £100,000,” he explains, “though it’s normal to get offered cars and boats to trade for cards quite frequently.”

John runs a card collection company packaddx, which sells Pokémon cards at trading fairs and on eBay. “I think a lot of people are realising how much fun it is to buy that card they could never afford or get when they were a kid, and that’s only going to continue to drive demand and prices,” he says.

His cards are more accessible than the PSA10-graded sets, with products ranging from a £40 Psyduck to a £180 Pikachu. “Most of the graded cards we sell tend to be somewhere around $100 although we have had several users buy multiple cards from us at once,” he explains. “I believe the most expensive single card we have sold was around $300. It was a Japanese Pokémon trainer card titled ‘Misty’s Tears’. We had the card graded by CGC and it was graded as a 9 out of 10, meaning it was in mint condition. The card’s art was banned in the US due to a naked silhouette of the female Pokémon trainer Misty which made it more valuable and desirable.”

Much of the hype can be attributed to the trading card’s increasing popularity among millennial celebrities. The biggest name is YouTube personality Logan Paul, who regularly stages Pokémon card unboxing videos on his channel, even going so far as to have his very own Pokémon adviser, the self-proclaimed blockchain entrepreneur Jake Greenbaum. Last week, Paul went live on his channel to unbox an eye-watering £2 million worth of first-edition trading cards. The video, which has amassed over four million views, coincided with the franchise’s 25th anniversary and follows on from a previous unboxing video from October in which he opened $200,00 worth of rare cards.

Around the same time, rapper Logic broke headlines after paying a record-breaking $183,812 for a rare Charizard, then spending $23,000 (£17,600) on a box of unopened Pokémon, containing another Charizard card and a few other rare cards. Taking to Instagram, he explained how he struggled to afford the cards as a child, saying: “Being able to enjoy something that I’ve loved since childhood now as a grown man is like buying back a piece of something I could never have.”

“Growing up in the ’90s, Pokémon was one of those things that became very nostalgic for me personally,” says John. “I can remember collecting and playing all the time, and the thrill of getting a booster pack in hopes of pulling one of those iconic cards, like a Charizard, not because it was worth money, but just because it was fun.”

From Gameboys and schoolyards to auction halls and outer space, the Pokémon franchise has grown with its fanbase. Amplified by the ongoing pandemic, the once-tiny pocket monsters have evolved into a big money-making industry, fuelled by childhood memories and increasing millennial wealth. With unemployment at an all-time high, the prospect of buying a single Charizard for six figures during a global pandemic may seem borderline absurd – but, the power of nostalgia can’t be underestimated. Some people just Gotta Catch Em’ All.

Linkedin
RELATED ARTICLES
OTHER ARTICLES
In the latest instalment of Photographers in Conversation, the chronicler of raves, protests and beyond explains why he’s drawn to such specifically visceral environments.
On the fifth anniversary of the tower fire, around 18,000 joined the walk to remember the 72 dead and to demand justice.
Proposals to introduce a minimum GCSE threshold for student loans will disproportionately affect those from marginalised backgrounds.
Freddie Miller’s new series of photographs investigates who today’s trainspotters are and what drives their unfettered enthusiasm.
Whether it's partygate, the climate crisis or the spiralling cost of living, the fightback begins on the picket lines writes Tommy Vickerstaff
Over the years, a swimming hole in a city park has evolved into a magnetic meeting place for Philadelphians – a hideaway where people can connect with the natural landscape, and each other.