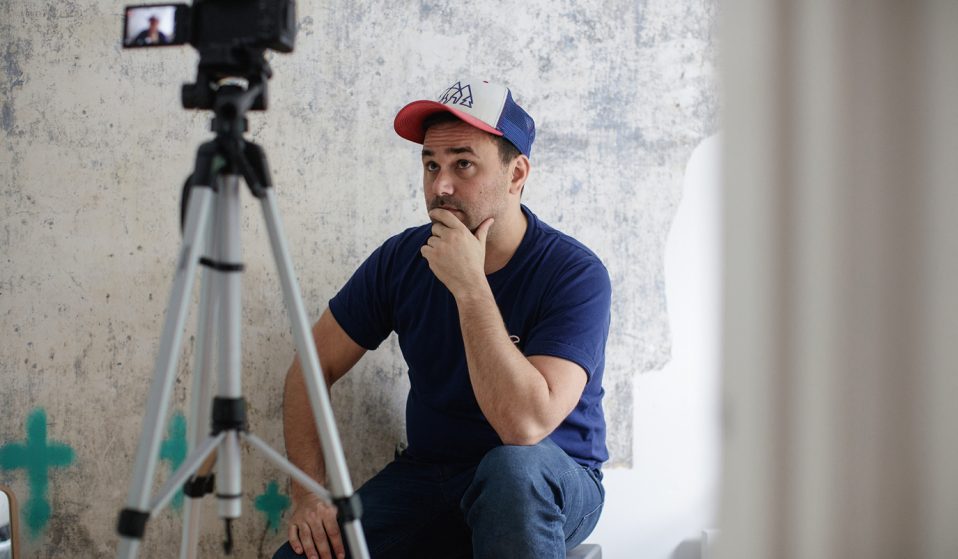 Growing up in industrial Pennsylvania, Conner Habib would drive along the highways, veering off-road to visit various cruising stops – places where men would congregate to have sex. Sometimes he’d arrive only to find himself alone, waiting for up to an hour before someone else would turn up.

That idea, of separating yourself for a moment to focus on what truly brings fulfilment, has stuck with Conner ever since. “The myth of capitalism is that our desires will be satisfied if we get shit,” he goes on. “Instead, why not stand back and look at what you might truly be enjoying?

“Once you’ve decided to disengage in some way from the exhausting nexus of the market that connects you to everything, you start noticing things about yourself. You have the space to think through all of your nuances, shades, desires and drives. Once those start coming to light, it’s one of the most pleasurable things in the world.” 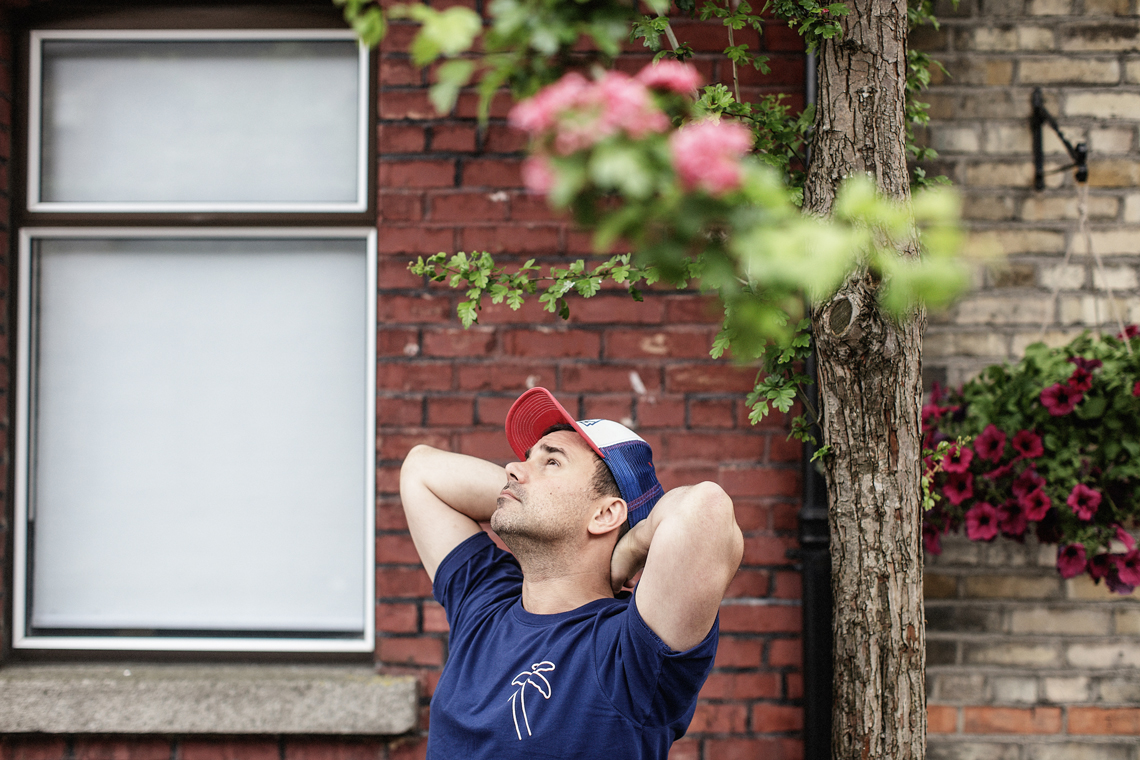 Spend just a few minutes in Conner’s company and these kinds of connections feel entirely natural. Speaking via video chat from the loft of his Dublin home, he comes across as funny, frank and intimidatingly knowledgeable. It makes for a measured flow that’s just as likely to contain references to “dicks” as it is Jacques Lacan or Rudolf Steiner – two of the many theorists who have helped shape his worldview.

It’s also what makes his podcast, Against Everyone with Conner Habib, so engaging. Although the subject matter is eclectic – topics include radical philosophy, occultism, sexuality, science and literature – the thrust remains the same: only by rejecting conventional ‘rules’ of existence can we bring about real change.

Conner was raised by an Irish-American mother and Syrian father in a home he describes as “irreligious” – a place where easy explanations about the world were often difficult to find. Searching for his own answers, he once stole a book from the school library called Curses, Hexes and Voodoo Spells – his curiosity fuelled by an anti-authoritarian streak that had manifested early on.

“My whole life has been a struggle with this sense of authority, whether it’s cultural or legal or just the idea that you’re supposed to be obedient to certain people,” he says. “For instance, I can’t pinpoint the day or anything, but I remember being in school thinking, ‘Why do I have to raise my hand to go to the bathroom?’ And as soon as you think something like that, you’re in trouble. The awareness brings a [sense of] confrontation that becomes inescapable from then on out, and you begin to resent the structure that you’re embedded in.”

After spending his teenage years immersed in the Pennsylvania punk scene, Conner studied fiction writing as well as organismic and evolutionary biology at the University of Massachusetts, while also teaching literature, creative writing and composition at both UMASS and Western New England College. He soon grew frustrated at the lack of discussion around sex in academia, which so often reduced sexuality – with all its experimental drives and impulses – to theoretical specifics.

“I went through a lot of my life thinking, ‘Why are people threatened by images of sex, even though they’re imagining them all the time?’” 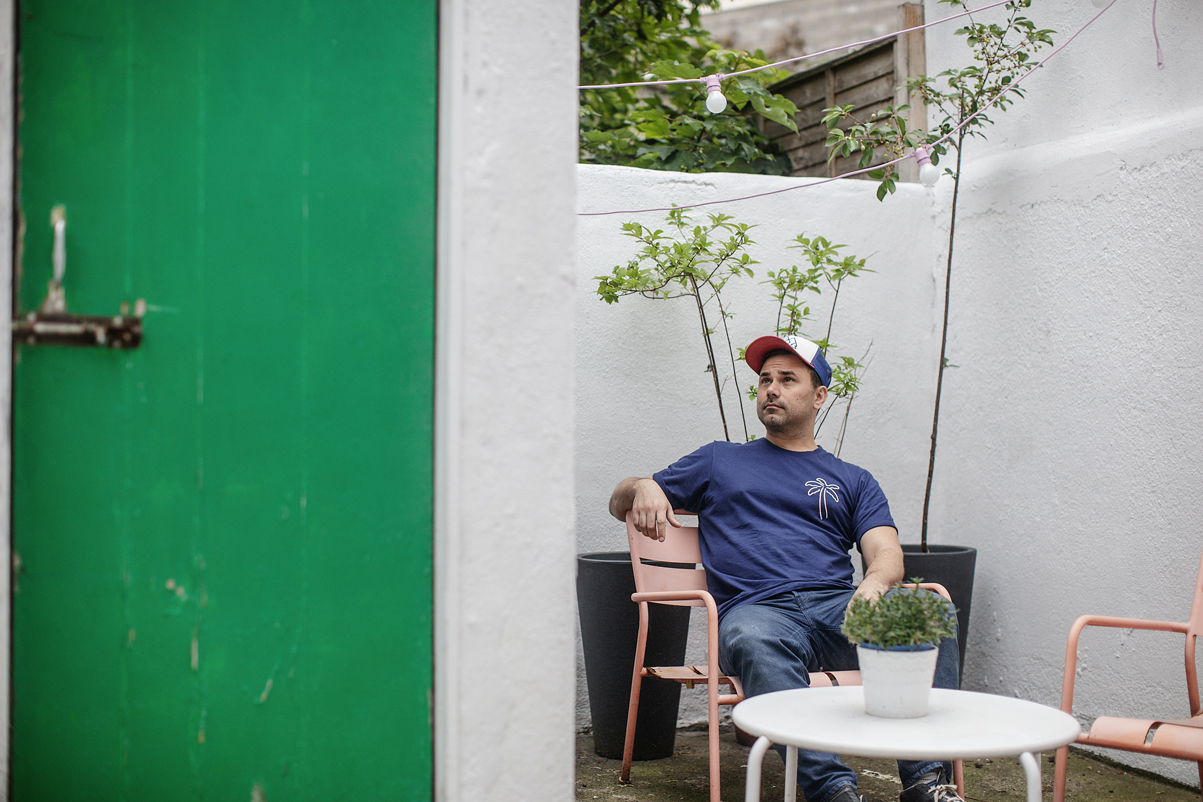 His friend pointed out that, whereas most people work jobs because they believe they have to, Conner was about to do exactly what he wanted – a lightbulb moment that made him realise how absurd it is to feel bad about not feeling bad. He went on to feature in around 200 films, such as Crotch Rocket and Dad Goes to College, all while being a queer essayist and an advocate for sex workers’ rights in his spare time. 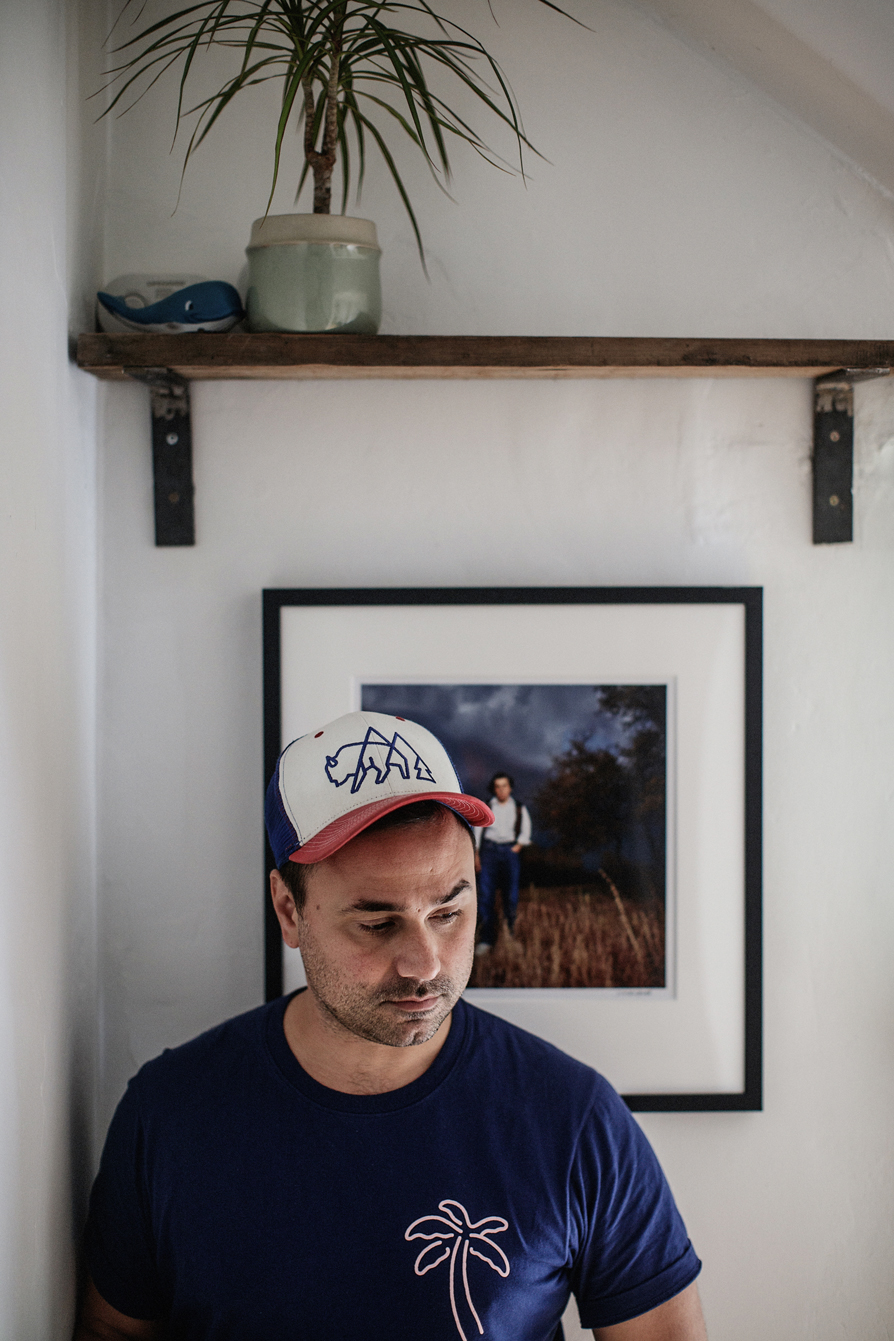 Today Conner is 41, fuller than in his porn heyday but still strikingly handsome. His film work is currently on indefinite hiatus, largely due to the fact he’s busy doing a PhD studying the stigma around paranormal experiences. If it hasn’t become clear by now, Conner has more areas of expertise than can be possibly covered in one profile, let alone one conversation. But put in the simplest terms, he is a champion of free thought. That doesn’t mean throwing a brick through the window of every higher power, he explains. It just means not automatically believing authority and instead investigating what feels true for you.

“It’s not that I think that utopia is achievable,” he says. “But it’s that you ought to start pushing on the boundaries of what’s imaginable. When you do that it opens up a whole range of possibilities for you and allows you to live your life in a different way.

“It sounds improbable for someone to say, ‘Oh, there’s that podcaster, sex worker, writer, philosopher dude…’ But that just came from me imagining what I wanted. And I’d like to make those kinds of weird and unexpected paths through life easier for everyone to pursue.”

Check out Against Everyone with Conner Habib.

Linkedin
RELATED ARTICLES
OTHER ARTICLES
After fleeing the war in Ukraine, people are finding it impossible to secure affordable and decent housing in the UK.
After a two-year hiatus and a new album, the Nigerian artist is riding high. Now, he wants to bring his alternative, genre-bending sound to the world.
Zsófia Sivák’s ongoing project documents the country’s tavern culture, preserving a once defining part of rural life.
Mass crustacean die-offs in the North East have led a community of fishermen to take action to save their seas.
Photographer Sean Maung reflects on documenting a small town in Pennsylvania afflicted by high levels of unemployment, poverty, violence, crime, and addiction.
The pro skateboarder withdrew from the 2020 Olympic Games so he could come out as trans. Now, he’s hoping to encourage others to live as their authentic selves – within the sport and beyond.