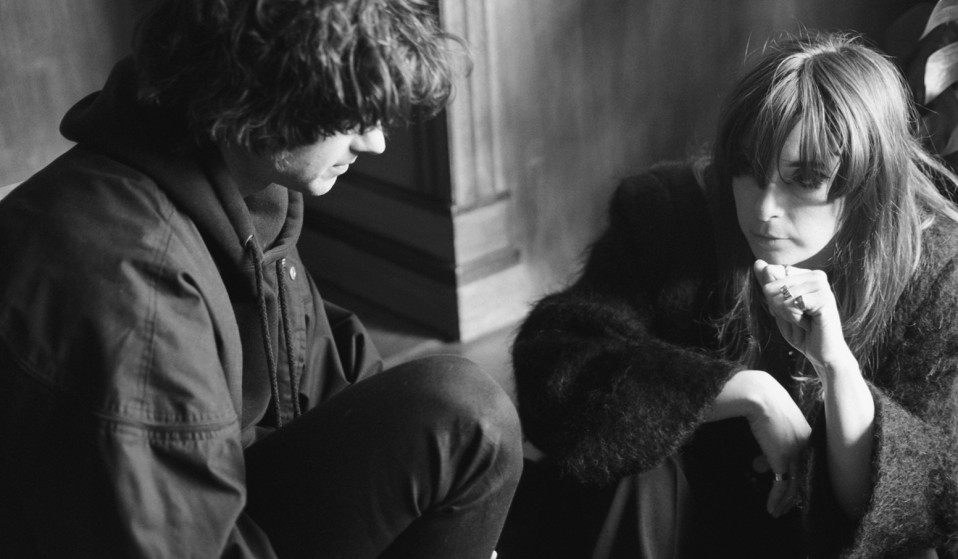 The Baltimore duo reflect on 13 years of making music on their own terms, from learning to say 'no' to finding beauty in chaos.

Beach House are sitting at the heart of an empty Council Chamber in East London – an Edwardian courtroom used for lectures and wedding ceremonies – dressed all in black, their words echoing off the wood panelling as they reflect on a 13-year career of making sensual dream-pop together.

By their own admission, there have been plenty ups and downs in the process: “mistakes and regrets” that have shaped who the Baltimore duo are today.

So to make seventh album, 7, Victoria Legrand and Alex Scally questioned and prodded their cumulative experiences, channelling everything they’d learned into a process of rebirth and rejuvenation – a coming-of-age record that pushes the boundaries of who they thought they were.

When I first interviewed you, after your first album, you said something that really stuck with me: that whether people praise or criticise your work, it takes you away from the purity you were in when you made it. All these years later, how do you maintain a creative safe space?

Alex: When we first started, we were happy to play in front of anyone or do anything. Then when things took off a bit more in 2010, we had a bad feeling: like we were losing ourselves. That’s when we started to create guidelines for how we interact with the world. Controlling our privacy and our time has become a huge part of keeping ourselves away from negative things that might influence or mess up our creativity.

Victoria: Over-exposure is something you have to be very careful about. If you ask any manager what their priority is, they might say: ‘I want my artist to be safe.’ But if pushed against a wall, they would probably admit that they just want their artist to be seen by everyone. Whether you’re a big artist or a small one, if there are a billion pictures of you, people are going to get sick of that – and so will you. It’s tiresome.

So when we began to feel uncomfortable, it was because of a blurring between us as people and us as the makers of our art. We never had an interest in the banal details of our lives being integrated into the magic or excitement that occurs when you’re making music. It’s just not that interesting… so we became sensitive to those boundaries.

But when you were being pulled in the wrong direction, what did that threat of over-exposure look like to you?

Alex: It was more of a feeling… you can always tell when something seems wrong. A huge part of it was just the cult of personality, which is so much of what you see now. For every single artist, it’s all about who they are and what they wear, what they like and if they’re funny on Instagram or whatever.

Victoria: It feels like you’re on a train and it starts to become unstable. And the more that happens, it’s actually not you and you need to go back a few steps to rethink things. ‘If we’re going to do photoshoots, let’s be creative about it or do it somewhere we feel comfortable.’ 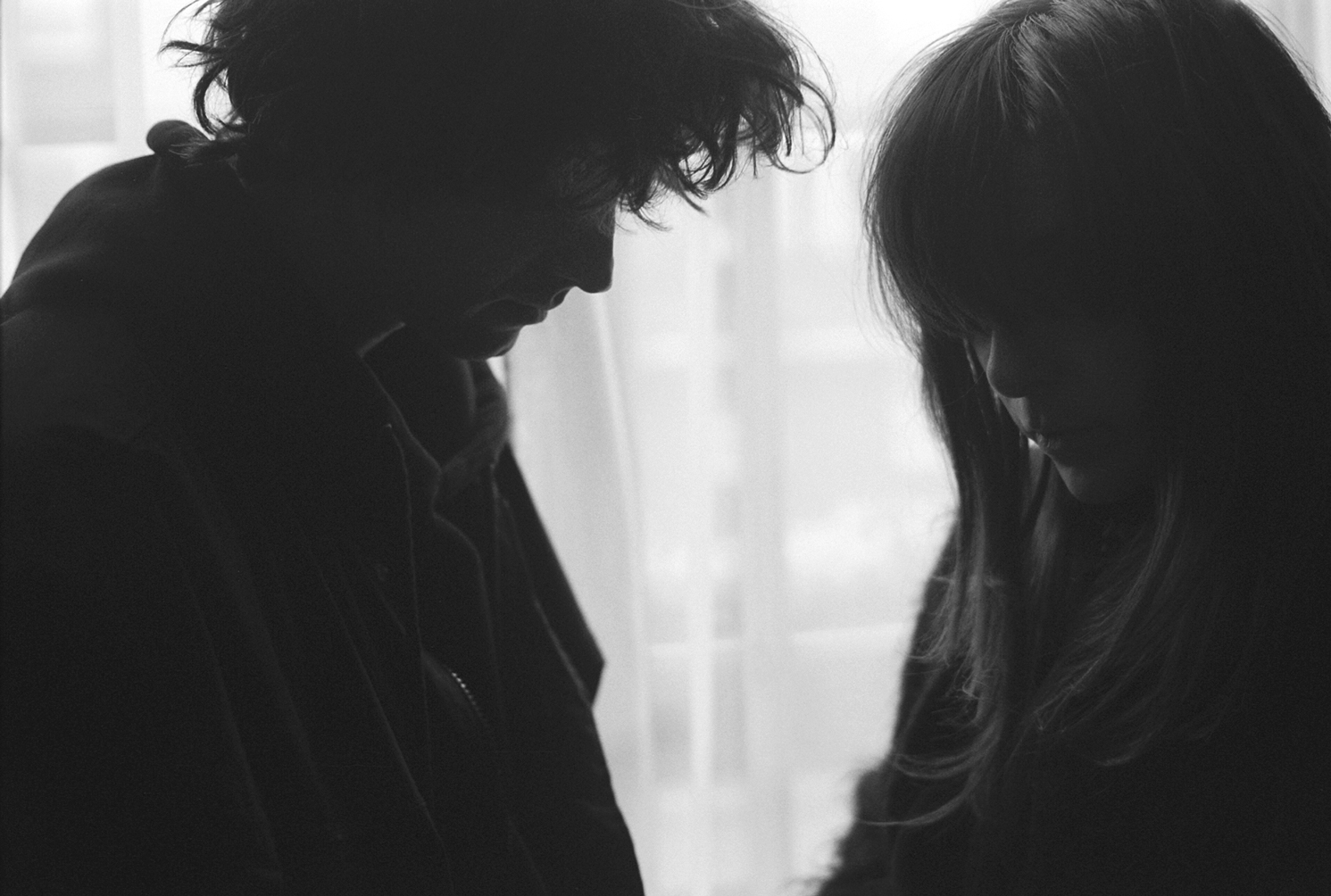 Like with this album, we’re working predominantly with black-and-white because it has something to do artistically and aesthetically with the world of the record.

But as a woman, I could have gone down a particular avenue: doing a lot of photoshoots, showing my body a certain way, thinking I was comfortable at the time only to look back years later and think, ‘Actually, I wasn’t very comfortable. I don’t want to show my legs or my breasts or my ass. That has nothing to do with what I was trying to present to the world and I feel used now.’

I’m very conscious of how women’s bodies can be misconstrued and misused. Granted, we’re lucky. We’ve had nice pictures taken of us. We’re grateful for what we’ve had. There are other people who are extremely attractive and yet their music has nothing to do with that. It becomes like karaoke, almost. But if you just throw lots of surface-level stuff out there, that’s kinda what you get back. You might not get much deeper feedback than, ‘Like.’ ‘Heart.’ [laughs] It’s part of the world we live in, though, and I accept that.

In the 13 years you’ve been together, you’ve seen other bands you know come and go. What are the most common pitfalls that you’ve seen?

Victoria: One thing we’ve noticed is that taking too much time off has hurt people.

Alex: We’ve known people in bands who finish a tour and then they’re like, ‘I’m not doing anything for a year!’

Victoria: And what if you wake up one morning with ideas? Whenever we’ve done an album cycle, I want to rest and return to ground zero. But if you find yourself writing again, that’s a sign that something is happening and we’ve never been able to ignore that.

Alex: [Filmmaker] John Waters told us, ‘Don’t blink. If you stop, someone else is going to take your place.’ We’ve seen situations where artists have done well, people have responded to their music, and then maybe they’ve taken it for granted a bit. You can forget how hard it is to make something people really like.

How do you navigate insecurity and self-doubt?

Victoria: By being open, I think. When you’re writing, you have to be open to any other ideas that are going to happen, but then there’s this door that either quickly or slowly shuts – and you realise there are no other possibilities left.

Alex: That might be the one thing we’re both really good at: knowing when something is cooked, burnt or not finished yet. It’s probably why we work so well together. There’s a very secure understanding between us. We hear something and we’re like, ‘This was better before. Let’s go back.’ Despite all the other problems we have trouble with, that’s the one thing we’re good at that.

Victoria: It’s an instinct. I always get worried when things are very mental for a long period of time. You can get trapped in that, so you have to let it go and know when to call a spade a spade. 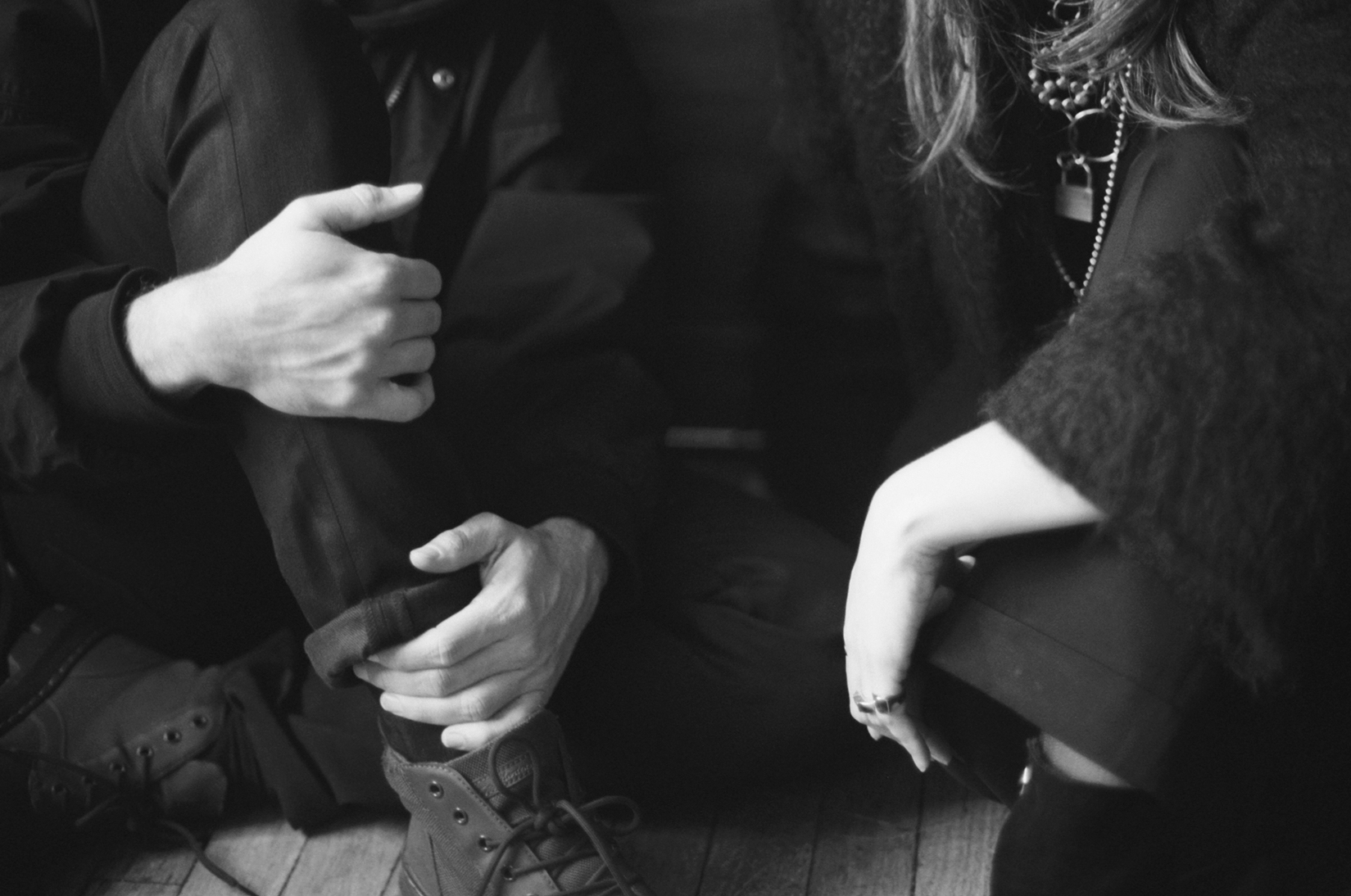 A band starting out now might not think they can exercise the same level of control that you do, or maybe they underestimate the level of sacrifice involved. What advice would you have?

Victoria: Everybody has a different path – and the way things turn out isn’t always fair. But just because someone else did a bunch of things and got instantly famous because of it, you don’t have to do it that way. What you’re actually making is the important thing. You can’t get too lost in what other people think of you.

Alex: One of the most ridiculous things that successful people always do is pretend that luck and timing didn’t have anything to do with it. So much of life comes down to that. We’re lucky we started in 2006 because it would be really hard to enter the world now, during the full-scale attention war that’s raging on the internet at all times. We came up in a comparatively innocent time and we’re grateful for that. We got to have years of gestation and learning before anyone came to our shows.

Victoria: We were able to be vulnerable pretty privately. There were very few instances of being torn apart. I don’t even know what it would be like to start out in a band now.

There has been huge upheaval in society, and one positive is that people are having more open conversations about certain issues. How has that fed back into your work?

Victoria: The current climate is so inspiring in terms of energy being vomited up, like a purging. It’s unbelievable how long you can go in a numb state… then you see something like women finally being able to tell people what actually happened and it snaps you awake.

Alex: It’s been interesting to talk to our parents’ generation about #MeToo and watch the way so many of them are apologists for those type of men, whereas our generation just won’t stand for it. That’s exciting: to feel that sense of progress. So there’s a lot of conflicting, insane feelings all at once that are inspiring us. 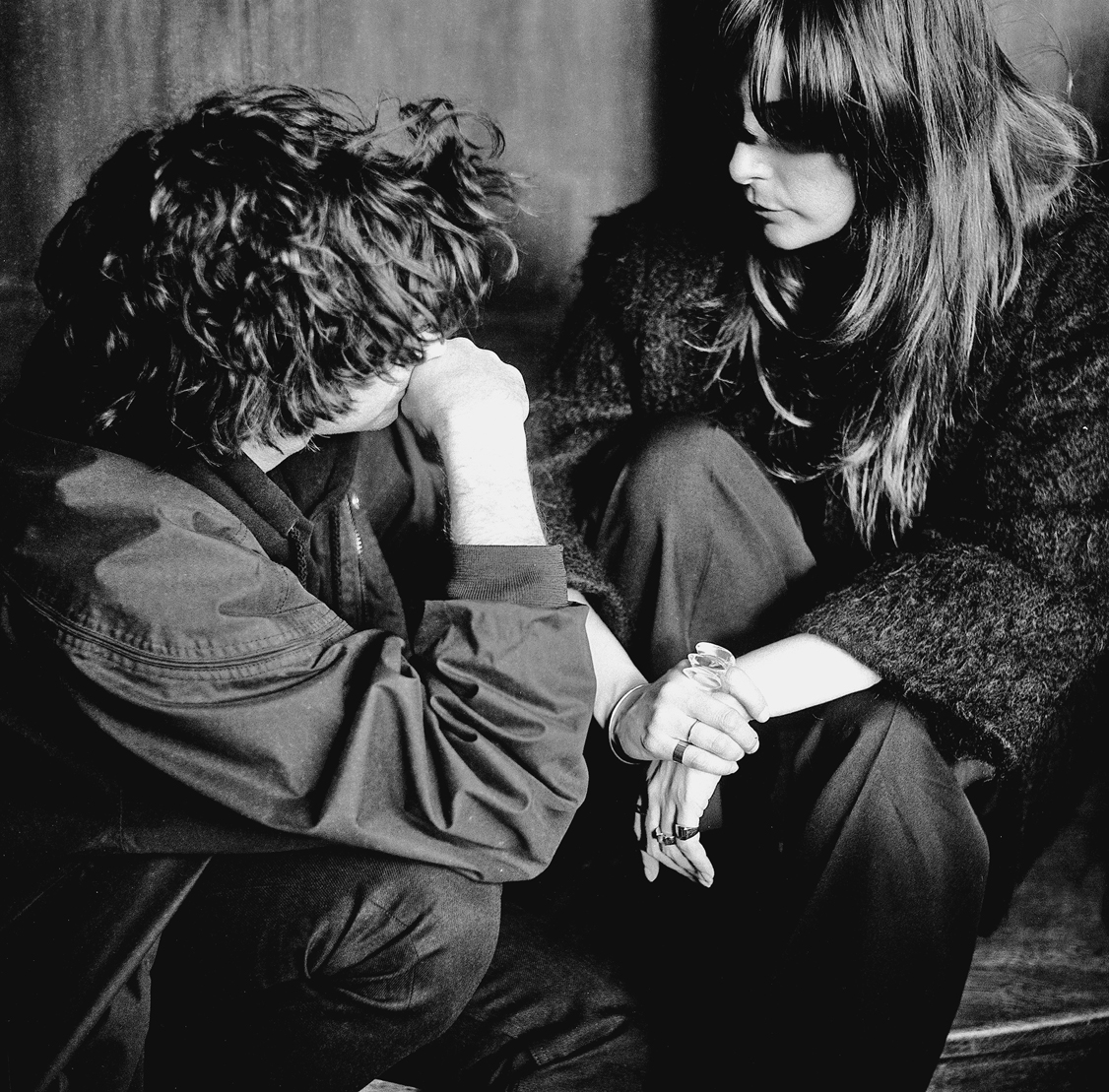 There’s been a resolve that’s mobilising people but it’s not always easy to know how to direct that energy. How do you think it can be turned into something tangible?

Victoria: There’s freedom in chaos, somehow. I think there’s something electric when all these huge changes start happening. That was a huge feeling during the making of 7. For me, it’s embracing that chaos: darkness and light, good and bad. Really trying to make the most out of what you have right now.

Alex: I do believe we wouldn’t be getting #MeToo without Trump. I think there’s a lot to be said for that. Maybe it’s also our age, starting to see things from a certain distance, but that feels exhilarating too.

I hate to shine any negative light on previous records but this is probably the most engaged we felt about music in a bunch of years. I wonder if it had a lot to do with the climate of the world just being so intense. It feels like a vital time.

Do you feel like you have anything still to prove?

Alex: Having something to prove might imply that we’re doing this for other people.

But even prove to yourself…

Victoria: I think just… ‘Can you keep going?’ For me personally, there’s nothing to prove. I don’t care what people think of me. I just don’t care. And I think that’s a skin or a spine that you either have or you don’t have.

I’m more interested in constantly finding beauty and never-ending inspiration in living. And the universe keeps proving that there is a constant source [of inspiration] to continue. It’s something much larger and more powerful than us.

Alex: I think there’s always an artistic desire to get purer and purer. We’ve never once looked back and thought, ‘That was perfect.’ There’s always this other level you feel like you might be able to reach.

I think that’s the closest we are to having something to prove: to prove to ourselves that we are capable of making something really beautiful. We have friends who never make anything because they can’t make it perfect. But to be functional, you can’t let that stop you.

This article appears in Huck 65 – The Coming of Age Issue, out 11 May. Subscribe to make sure you never miss another issue.

Linkedin
RELATED ARTICLES
OTHER ARTICLES
The situation in Afghanistan remains dire, with many groups facing persecution at the hands of the Taliban.
The government is scrapping the Human Rights Act in a move that will hit marginalised people hardest.
In the latest OFFF Dispatch, the enigmatic designer dives into his process, connecting the dots between his unique and varied creative output.
The failure to hold landlords to account is denying tenants their basic dignity, writes Bella Saltiel.
Our new magazine is here, starring the inimitable Mitski. Order your copy now and join us on a trip around the world.
To mark the anniversary of the mass trespass of Kinder Scout, a group of hikers came together with the intent of creating a new, fully inclusive culture for rural spaces.