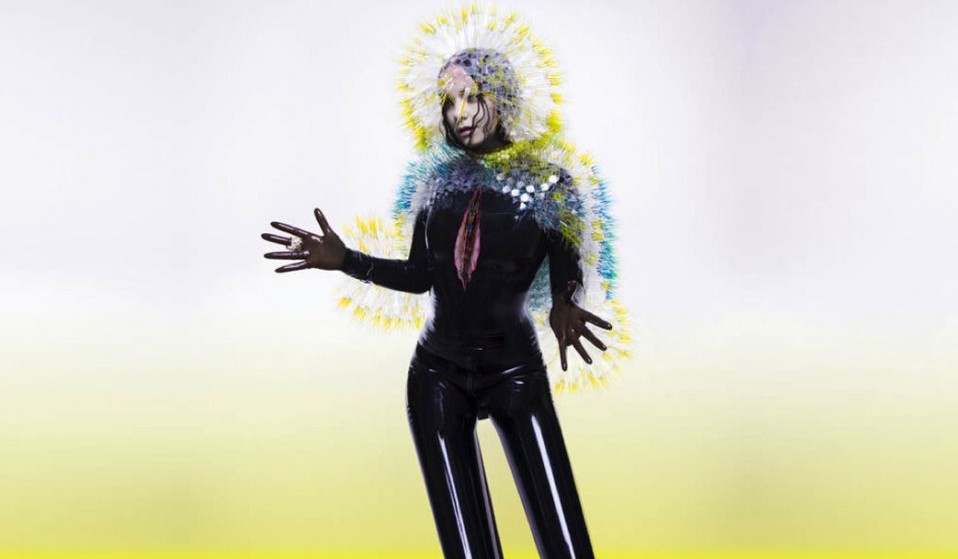 Bjork's ninth studio album drops unexpectedly after a leak on the weekend and the internet gets super sad.

Bjork's ninth studio album drops unexpectedly after a leak on the weekend and the internet gets super sad.

Following a leak over the weekend, Bjork has brought the release of her new album Vulnicura forward by two months (it was meant to come out in March) and made it public last night, via an announcement on her Facebook.

After thanking everyone who listens to and supports her music Bjork said this of the new album:

“i wanted to tell you the tale of making of this album
i guess i found in my lap one year into writing it a complete heartbreak album . kinda surprised how thoroughly i had documented this in pretty much accurate emotional chronology …. like 3 songs before a break up and three after . so the anthropologist in me sneaked in and i decided to share them as such . first i was worried it would be too self indulgent but then i felt it might make it even more universal . and hopefully the songs could be a help , a crutch to others and prove how biological this process is : the wound and the healing of the wound . psychologically and physically . it has a stubborn clock attached to it .

there is a way out”

Bjork collaborated with two London-based producers; Arca (who worked on Kanye West’s Yeezus and FKA Twigs’ LP1) and the more underground The Haxan Cloak (Bobby Krlic), whose dark beats can be heard on the track ‘Black Lake’.

In support of the album, Bjork – who has a retrospective planned in MoMA this March – has also announced a string of intimate New York shows in March, April and June. It is unclear yet whether she will embark on a more global tour.

I’m just listening to the album as I write this and, although I can’t contribute any sort of meaningful review until I’ve calmed down and had a little cry in the toilet, I can confirm that it is TRULY heartbreaking. Don’t want to fall into the hyperbolic language already circulating – “jet-black”, “bottom of the sea”, “devastating” – but fuck it, Vulcinura is like a wild wolf cry from the centre of the Earth. Hits you in the gut.

Here are a selection of other emo reviews from the internet. Go and buy the album on iTunes. 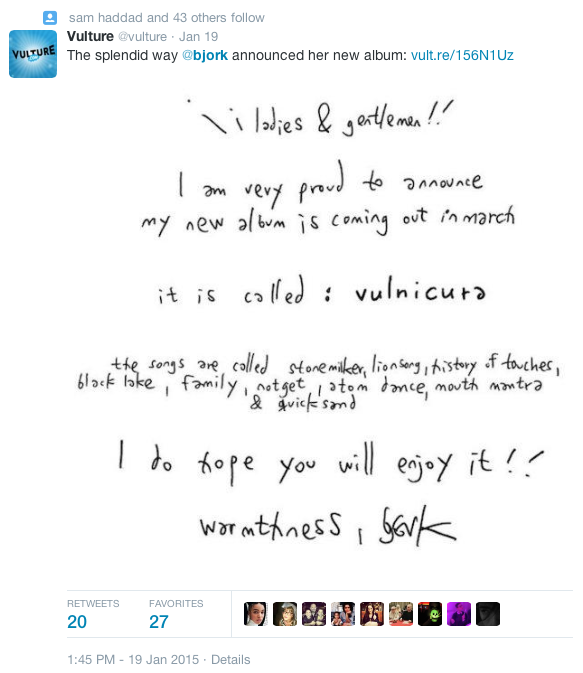 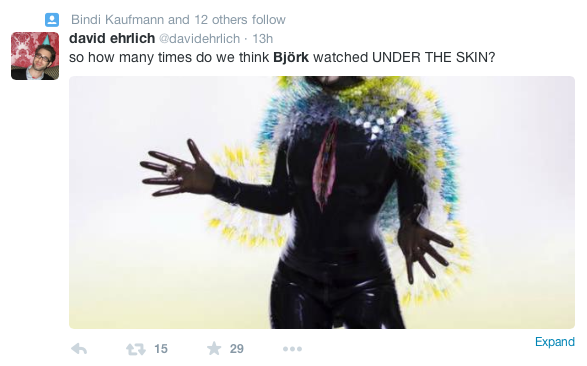 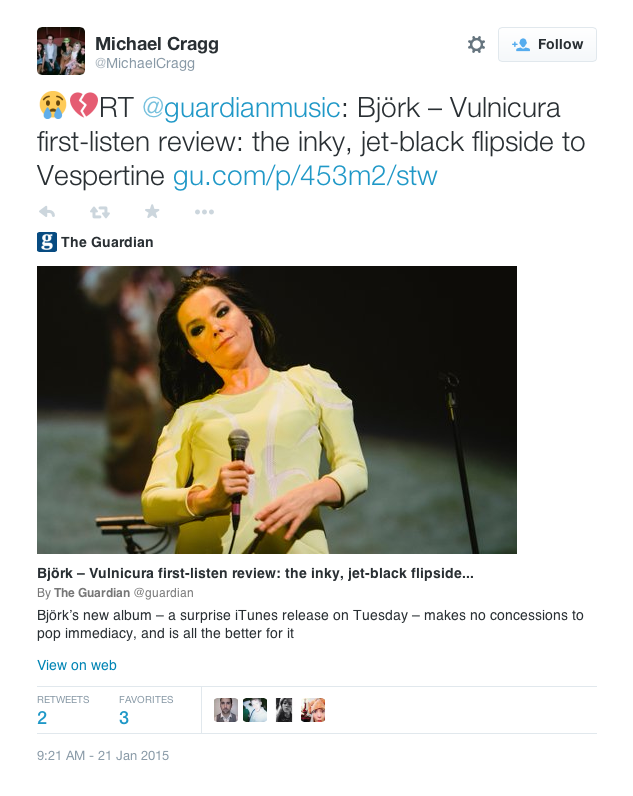 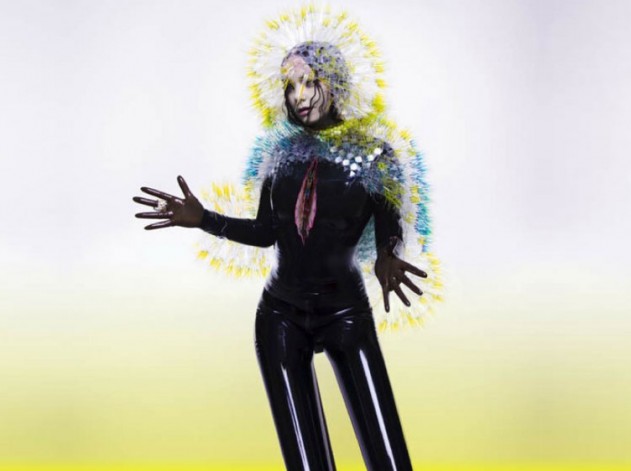 Linkedin
OTHER ARTICLES
Videos, writing and images from former Sonic Youth frontwoman and Huck 42 cover star Kim Gordon.
Tame Impala music flows out of Kevin Parker’s wizard mind and fills the world with surprise psych fans.
Chan Marshall, enigmatic frontwoman of the cultish Cat Power, gives us the lowdown on some of the things she thinks are rad.