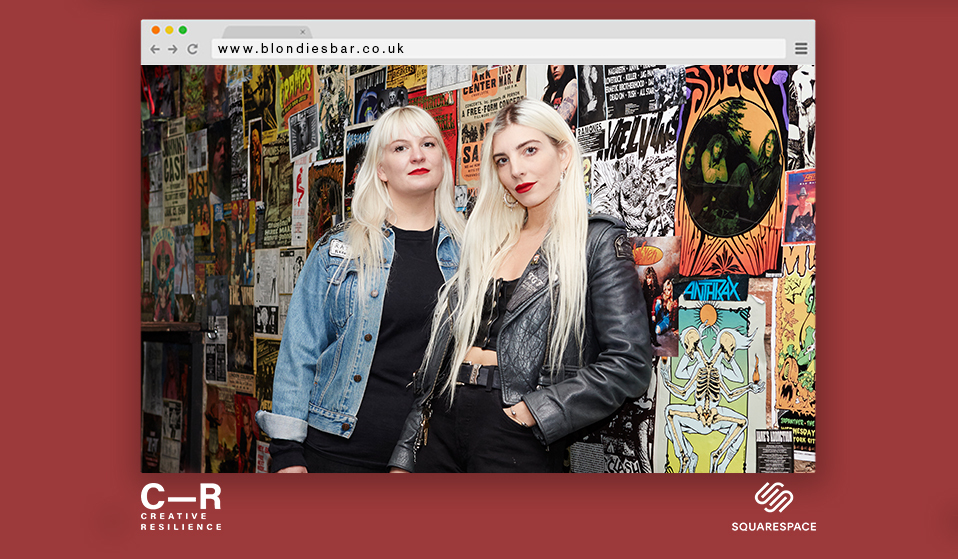 Verity and Sharmaine Cox tell the story of their tiny Hackney dive bar – a space where music, motorbikes and skateboarding mingle freely.

Surviving the perils of being a freelancer is tough – now more than ever. In partnership with Squarespace, we’re supporting independent artists to create original work that responds to these testing times. Verity and Sharmaine Cox tell the story of their tiny Hackney dive bar Blondies – a space where music, motorbikes and skateboarding mingle freely.

“We never set out to create a bar…” says Verity Cox.

“… But as two of four daughters, we always half-joked about forming a band,” says Sharmaine, Verity’s sister, finishing her sentence for her.

“We do that a lot,” says Sharmaine.

“Or it might be the other way round,” says Sharmaine.

There’s clearly an energy that exists between the Cox sisters. So it’s no wonder that their aforementioned London dive bar, Blondies, exists as a place where various different strands of creativity and subculture can mingle together. For Verity and Sharmaine – who are originally from the western suburbs of Sydney, Australia – their tiny little space in Hackney is more than just a venue or brand: it’s a community.

“So many friendships have been created here,” explains Verity. “One of our friends told me last week that his life would have been completely different if he hadn’t walked into Blondies one day. Money is, like, whatever. Community is everything.”

The Blondies story is not only one of creative resilience. It’s one of serendipity, of seizing the moment – of having the courage to get off your arse and have a go. It started back in 2015 when Sharmaine, living in London and freelancing as a hairstylist, was looking for a project to get stuck into during a quiet spell of work. Verity, meanwhile, was also in the city, managing a restaurant –  something she wasn’t particularly enjoying. Their younger sister, Rochelle – who creates all of the merch and artwork for Blondies – lived there for a while as well, before she returned to Sydney. 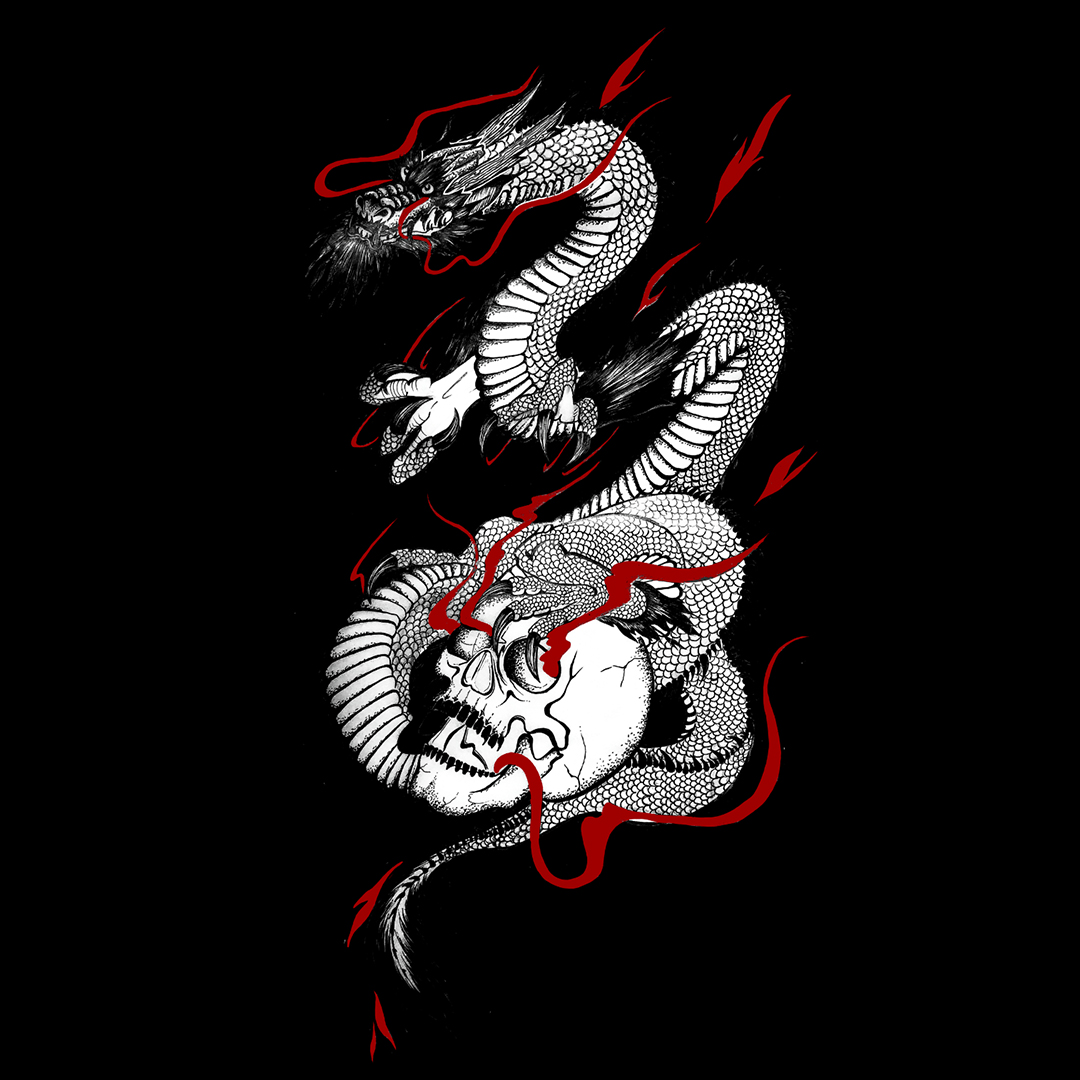 Blondies branding, merch and artwork is created by Rochelle Cox – the third in a trio of twisted sisters who have in Blondies’ created a community far from home but close to heart.

“We just felt like, ‘Why don’t we just do our own thing?’” remembers Sharmaine. “We had the time and it seemed like a cool thing to do. The next minute, I was looking at places. The very first day, I found this space.”

The building in question was home to a small money shop – complete with bulletproof glass – that was once just an alleyway between two kebab houses on Lower Clapton Road, Hackney. “I’d lived in various places in Clapton ever since I came over from Australia 10 years ago,” says Sharmaine. “So I knew this street had a bit going on. There are new things popping up all the time. It was just the perfect project for us to work on without biting off more than we could chew. It was right opposite where we lived at the time too – we could come every day, keep building, whatever we needed to do.

The sisters, with a little help from friends, built the bar from scratch – from concreting to plastering and carpentry. It involved a lot of learning on the job, but between them they got it done and eventually were able to launch in 2016. “There [was] something about the place that just fitted with who we are,” says Sharmaine.

Right from its early days, Blondies has been the centre point of a dynamic and creative venn: the elements of which are rock ‘n’ roll, motorbikes and skateboarding. This all happened fairly organically – but Verity’s guess is that it probably started when someone from Kerrang magazine turned up and thought Blondies – a sweaty, 50-person venue – would be the perfect place for some of the “hardest-rocking bands in the world” to play gigs. “When this guy came in and asked if we wanted to have Parkway Drive playing here, there was no way we were going to refuse!” she remembers. 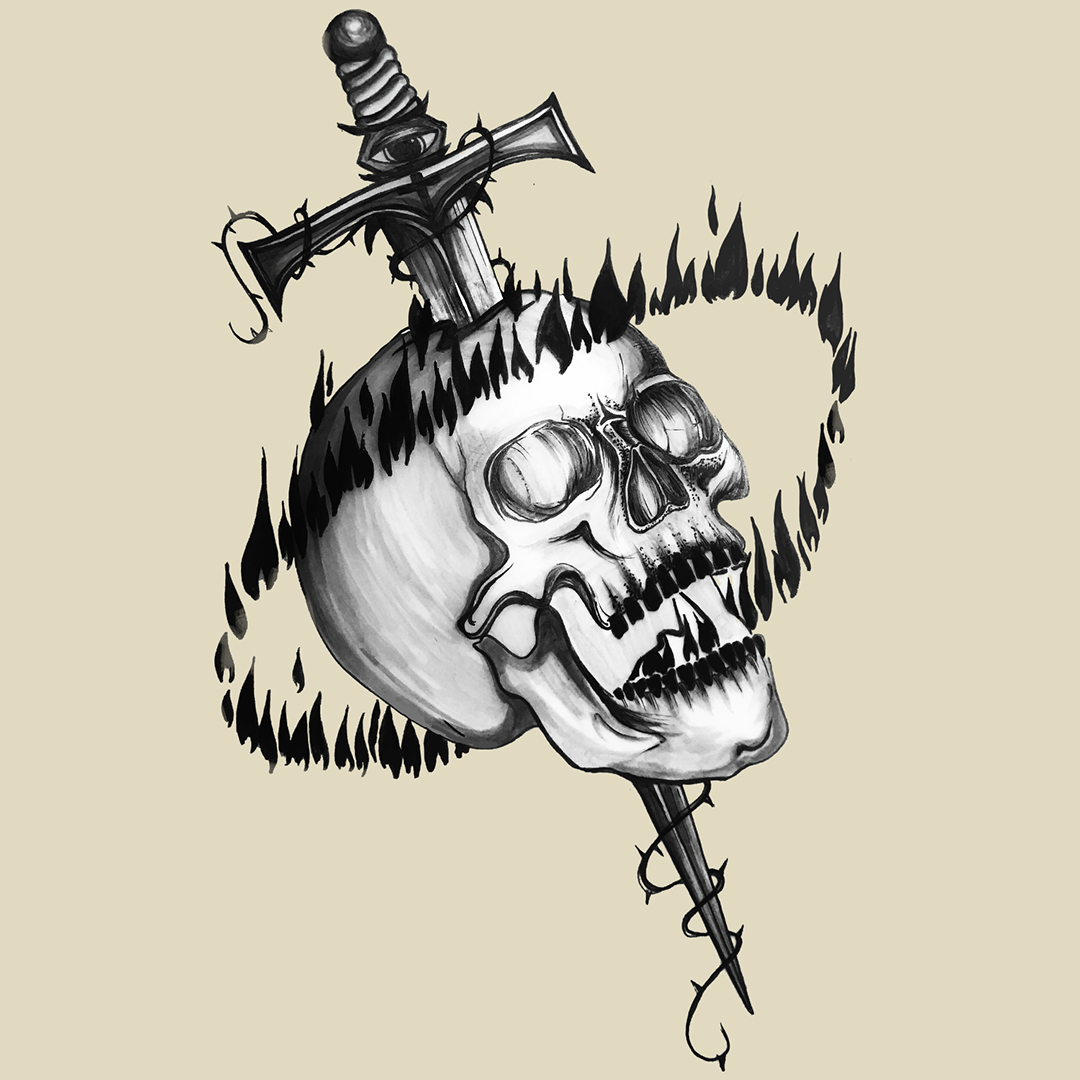 With the roots of the Blondies’ aesthetic firmly rooted in rock, it’s unsurprising that Rochelle’s images throw the odd satanic shaka — all the way from Sydney’s inner west

Since then, the tiny space has played host to huge metal acts such as Machinehead, Refused and Fever 333 – to name just a few. “It’s loud,” continues Verity, a master of understatement. “The whole place just becomes this condensed, sweaty mosh pit.” Luckily, though, the neighbours are extremely tolerant: “The reason that we have been able to exist is because of the amazing people around us,” she explains.

Of course, wherever heavy rock music appears, motorcycles are prone to follow. So when a guy from the cult LA chopper zine DICE turned up at the bar one day, he inevitably loved it. “Pretty soon there were regularly bikes lining the kerb outside on a Saturday night,” says Verity.

It’s not just bikers that have found a home at Blondies though, a close friend of the sisters sells decks and hardware in the bar downstairs from a permanent pop-up skate shop and rubble from the bar’s building work has gone into the creation of the Hackney Bumps skatepark.

“All the skate shops in East London have closed, so it’s great that we’re able to be a base for this other community too,” says Sharmaine. 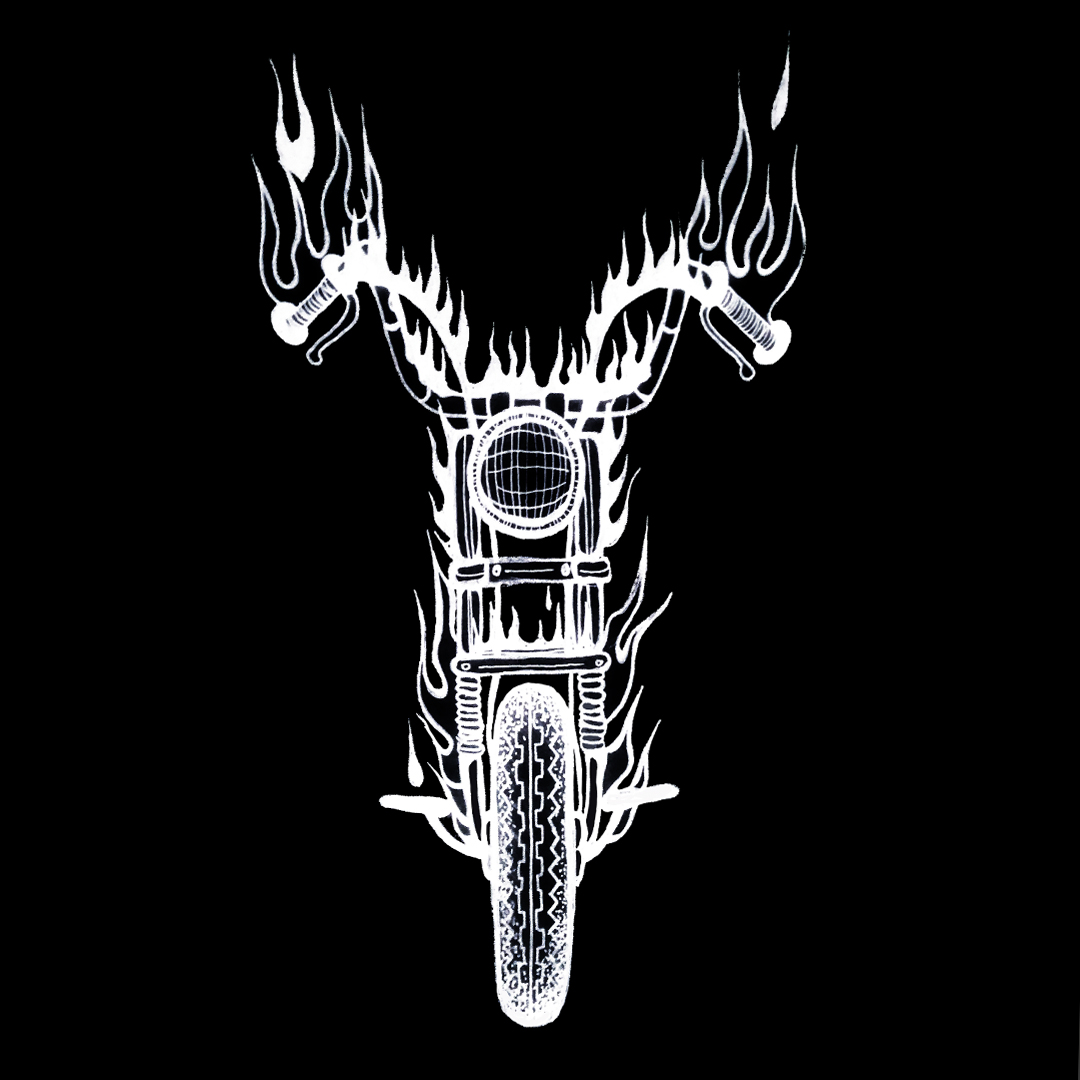 Blondies’ venn encompasses many a creative hustle – and the alt.bike culture references conjured by the crew have built a greaser community that regularly occupy their Lower Clapton kerb.

Given that Blondies is a hub of counterculture, people could be forgiven for assuming that it’s an intimidating space. But the environment the girls have created couldn’t be further from that. In fact, that is the core of Blondies’ appeal: it’s a nurturing place where people can relax and be whoever they want to be.

“It’s cool because people think that this bar is somehow intimidating or, like, too cool for them. But once you get inside, you realise that it’s not like that at all,” says Verity.

“The challenge hasn’t been about how to create a bar and an environment where people can feel welcomed,” continues Sharmaine. “If there’s been a challenge it’s been about working with family – about having all these ideas and having to do everything ourselves. I mean, we’ve become plasterers and builders over the years, as well as motorbike tinkerers and caterers. We have always roped in our friends as helpers and advisors. In a way, it’s been the process of making Blondies that has created what we are.” 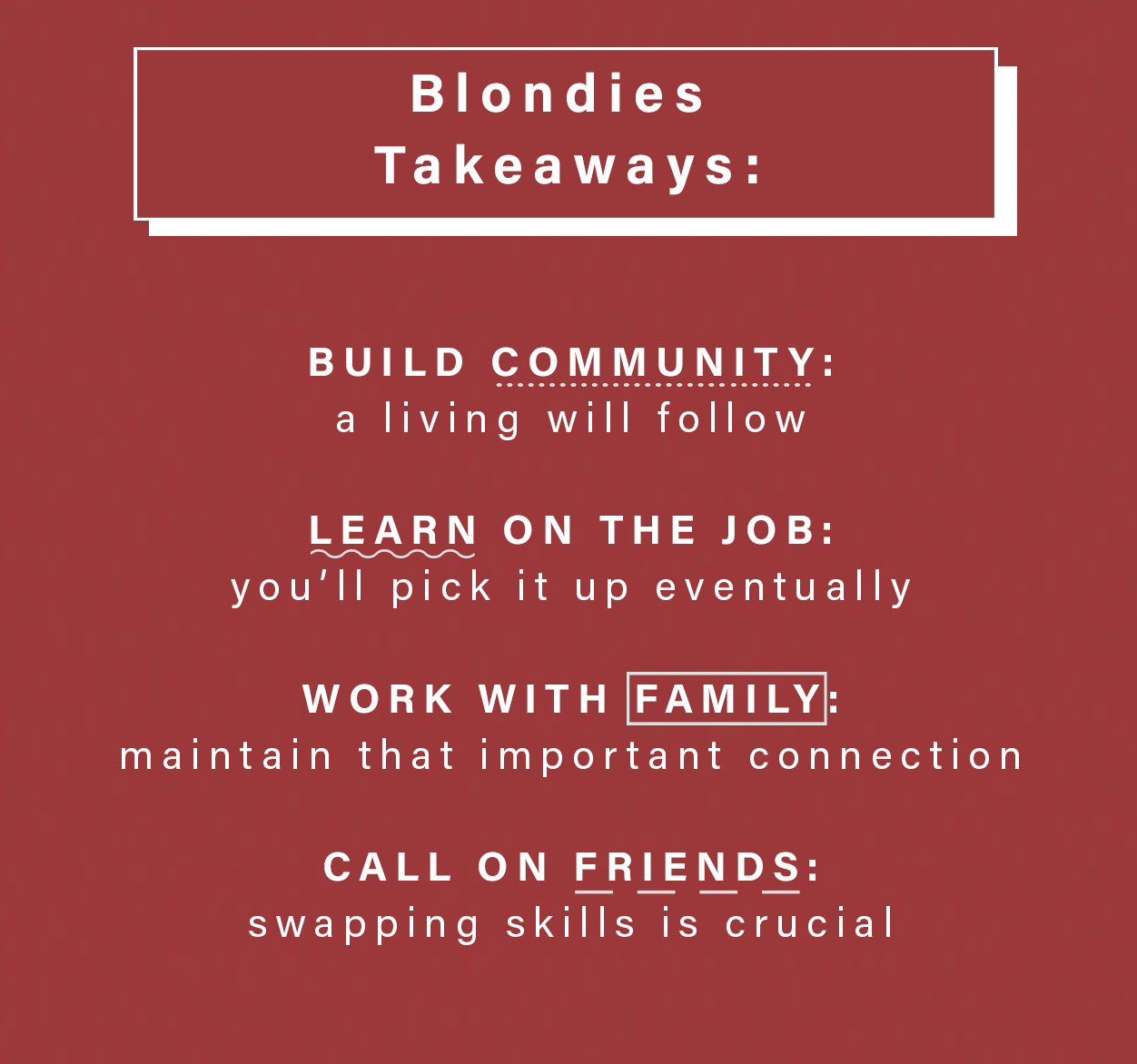 The restrictions imposed by the Coronavirus pandemic have of course proved doubly difficult for a place like Blondies. This is an environment, after all, built on coming together and sharing. The sisters had created their own larger just before lockdown was introduced and had visions of using their own custom bikes to deliver beer to patrons all over town. At times like these, as plans are forced to change, it’s the digital world that keeps things ticking over for them.

“For now, we just have to use our digital network to tell people what we’re doing – to get the message out there that we’re surviving and that we’re still open for business,” says Sharmaine.

“Building a website with the Squarespace platform and the social networks around it has really made it real for us and enabled us to get the brand out there. It has enabled us to sell the merch and to just let people know we still exist in the absence of the gigs.”

“Rochelle’s work really is the tissue that connects us, the brand and the bar itself – and so being able to market her work via the Blondies’ Squarespace site on things like T-Shirts, Bandanas and the lager has been really important to us…especially current situation and all the uncertainty that’s out there…” 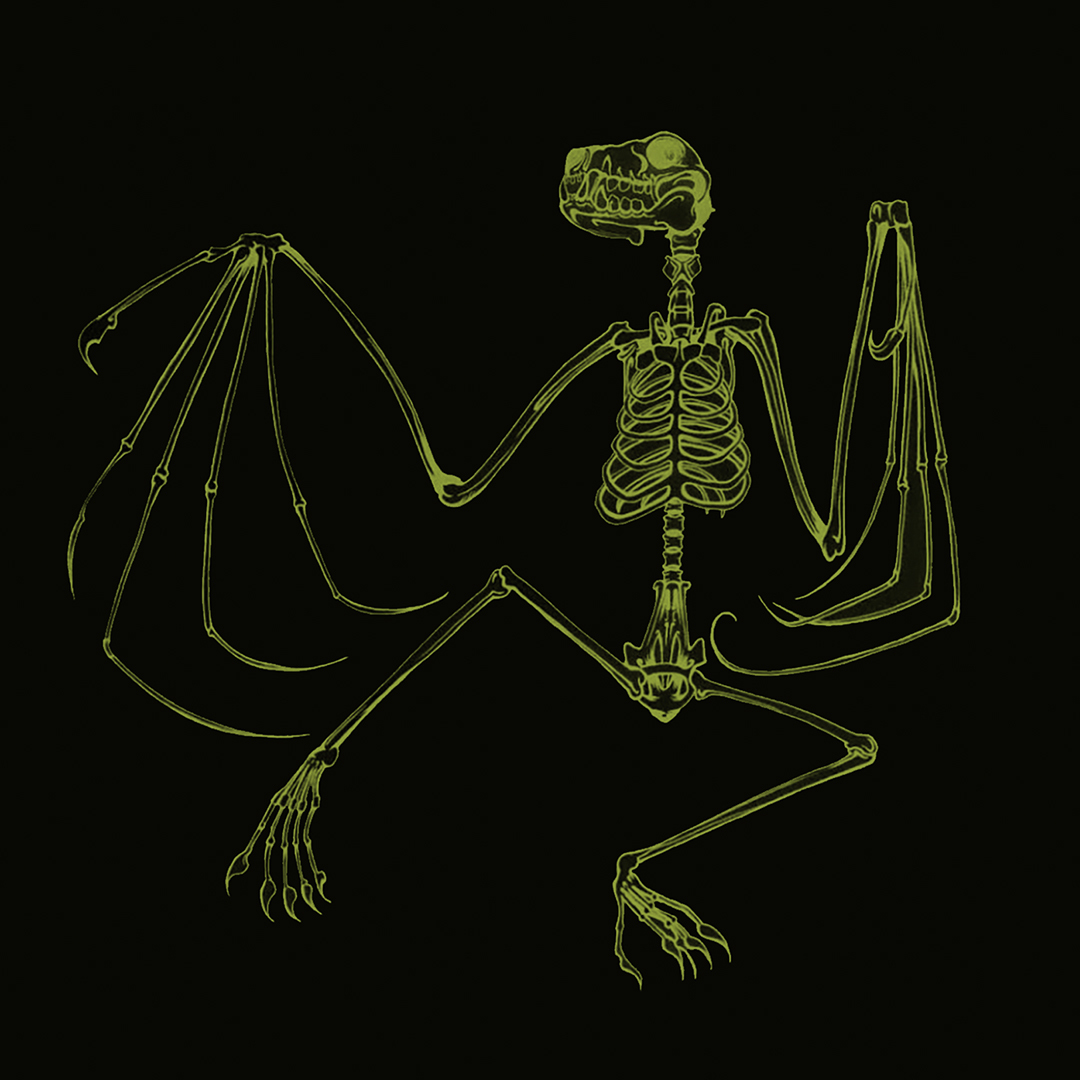 Launching something like Blondies from scratch hasn’t been without hurdles. Yet they’re ones that the Cox sisters and their friends have always managed to overcome together. The next few months will no doubt present more challenges as countries and communities across the world learn to adapt to the conditions that Covid-19 has created. But with their family-run dive bar that caters to all corners of London subculture, Sharmaine and Verity have no plans to stop doing what they love.

“We have two heads with completely different ideas,” says Sharmaine. “So trying to work through everything and do the right thing for both of us can be quite difficult – probably a bigger challenge than anything lockdown could throw at us. But it is also so rewarding that we can do it together – as a family.”

The Cox Sisters and all of the creatives featured in our Creative Resilience series use Squarespace as an easy and affordable website builder to get their work out there in a beautiful way. If you’re thinking of sharing your own vision with the world, start building your Squarespace website today with a free trial – no credit card required! Use the discount code HUCKMAG when you’re ready to go live.

Linkedin
RELATED ARTICLES
OTHER ARTICLES
Photographer Becky Tyrell went down to the fading banger and stock raceway to meet a community desperate to keep it alive.
A new podcast is opening up the conversation between trans women and trans amorous men in the hope of building coalitions.
At his West Bank restaurant, Fadi Kattan established himself as the voice of modern Palestinian cuisine. Now, he’s bringing his innovative, bold flavours to the UK’s capital.
AI companies that develop image-generators using copyrighted artwork from the internet are coming under fire from artists who say that it amounts to theft.
A new film from Berghaus traces the story of Adam Raja, who left behind a turbulent upbringing to discover the healing power of climbing.
Photographer Sean Maung reflects on documenting a small town in Pennsylvania afflicted by high levels of unemployment, poverty, violence, crime, and addiction.