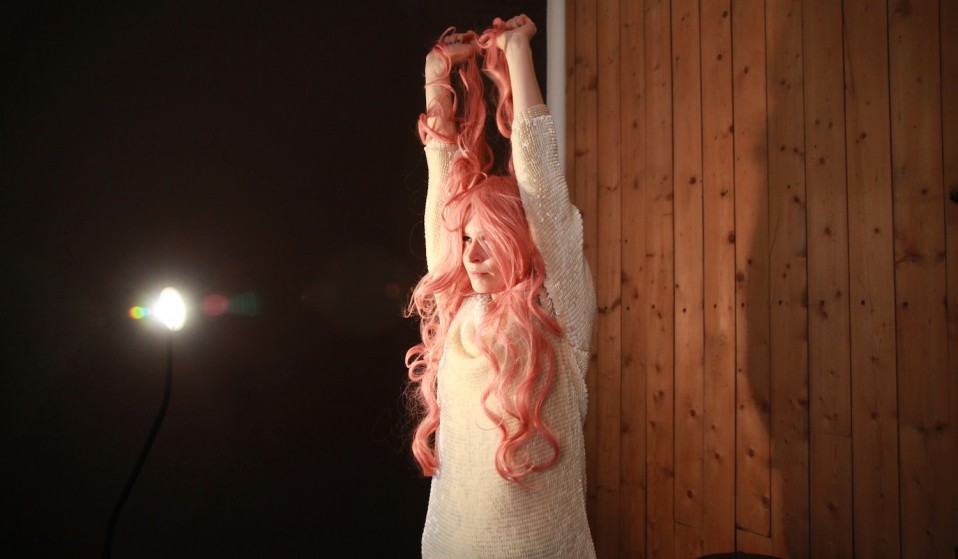 Jenny Hval's career has seen her toy with genre and image constantly. On her new record, she's found a voice that speaks clearly for her.

Jenny Hval's career has seen her toy with genre and image constantly. On her new record, she's found a voice that speaks clearly for her.

Listening to Jenny Hval’s new record Apocalypse, Girl is an intimate experience. The Norwegian artist’s fifth solo record – the third under her own name – is a visceral tour through the burdens of capitalism, the hegemony of gender binaries, and body politics. It’s revolutionary in its honesty, unflinching and unabashed.

It’s also a beautiful, melodic record in places, carried by Hval’s voice, taking turns between whispers and lilting airs, but never backing away from its sardonic, ruthlessly autobiographical content.

With Hval touring around Europe, we called her up this morning to talk about the inspiration behind the record and the (universally positive) response to it.

What’s the response been like on tour so far?
Fantastic. I’ve never been on a tour like this before. People are really responding very interestingly to the show we’re doing. I appreciate it very much. I’ve been playing for a long time and I think that it makes you appreciate it more when people make the effort and have something very interesting to say about it afterwards. How they were moved by the music or the visuals or everything.

You’ve been involved with so many different styles of music in the past ranging from metal to where you are now. Do you notice a distinct difference in audience reaction to what you did then?
Well, I think people are now a little bit more familiar with my work. And I think also the live stuff we do is pretty much for the first time very related to what’s on the new album. And it’s probably a lot closer to what I would do if I could just choose how to do things on my own. So it’s a very different response and it’s a very different show to anything I’ve done. It’s pretty amazing. It’s a good experience.

You’ve talked about how Simon Reynolds’ book Retromania had an influence on you when you were making the record. The idea of making pop music endlessly new seems so have had a big part to play in the creation of the record…
Well I think what resonated with me in Retromania was the chapter that dealt with artists being curators. I’ve been playing and creating music for a while now and I started reading a lot of political theory a few years back and thinking more about what position I’m in as an alternative-pop artist and how branded that is. I wanted to have a different approach and change how I looked at being a pop artist, being in an alternative field.

I ended up finding it very limited even if people keep saying ‘you’re in a free position, you can do what you want’. I’m not sure if there is that much creative freedom when there is that much input coming from everywhere, that much press and so many people always writing about music and thinking about music, putting you in positions all the time. It does have an impact.

I also wanted to think about how politically, we’re the new type of capitalist workers. Anybody who’s doing freelance work. It’s not necessarily new, it’s the same old story. So yeah, some of those ideas went hand in hand with writing more from a personal point of view. Like a lot of things I’ve done on this record, they’re things that I wouldn’t have done before. 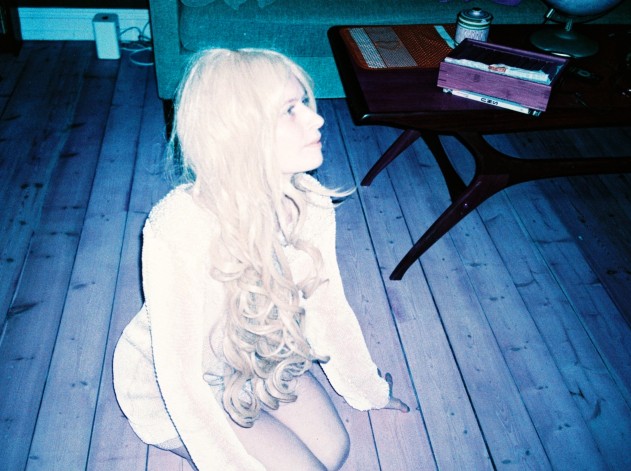 The album is probably the most accessible thing you’ve done under your own name. Do you see yourself as making pop music in that vein?
We certainly talked about my work as pop music when we recorded the album. For me it’s a little bit different than for people who’ve been following my music internationally because I’d done an album 9 years ago back in Norway under a different name that became quite popular. So the Norwegian press has a tendency of seeing everything I’ve done since as something that’s deconstructing my initial pop hit – this alternative pop hit that I had. People always say different things. Some people say this is the least accessible stuff I’ve done. To me it’s always accessible. I mean, I’m in it so I know what’s going on in it. I don’t really attempt any more to not be accessible.

Accessible can mean being direct, speaking directly to somebody. That is something accessible in my mind. So I guess I have a more visual art approach to things. Or a more conceptual approach to accessibility than maybe a lot of more mainstream pop artists would have.

It’s a very visceral record. Did you feel as though the visibility of the themes you were talking about was an important factor in its creation?
There is a way I need to speak to feel like I can speak at all. And it’s funny because we’re sitting in this car listening to Julee Cruise, the Twin Peaks album. I love that album. The lyrics are very general, very about love and regret and general tales. And I’m sitting here and thinking I could really not think that, there’s something that really isn’t right to me, to sing those words, I just could not use them. And I think it’s got to do with me saying other things in order to express something. And those things tend to be what’s on the album.

But what’s interesting to me with this album is that I go into a more personal story. Also with the live show we do now, try to say something about the awkwardness of not really being able to take on the female stereotypes that you could sort of express but I just really can’t. Sometimes I even think there’s something missing from my personality.

I just have to stay in the here and now. I like beautiful moments in music and I use melodies a lot but I can’t use them with also beautiful and general lyrics. [There] has to be this more confronting or direct story to the words. There is a very unusual combination with what I do and I’m very humbled by reading that people are picking that up as something that they haven’t heard before. Because this is something very personal for me.

You say on the album that you “want to sing religiously.” Does that intensely personal side of things come back to that?
It’s trying on the stereotypes I always fled from when I was younger. To me it’s been incredibly important to be different. I was singing a lot in school and I’d always sing very out of tune on purpose. And I think it’s because I was really afraid of people teasing me about really trying very hard to sing beautifully or being beautiful without succeeding. This is maybe a personal motivation for trying to be very different. This is the sort of story that I am partly trying to deal with on the album. And I think from dealing with that, a lot of the more political ideas, a lot of the ideas about gender and about music, sort of come together.

Jenny Hval’s Apocalypse, Girl is out now on Sacred Bones.

Linkedin
OTHER ARTICLES
Huck's Fiftieth Anniversary Special collects lessons learned and creative advice from fifty of the most inspiring people we know. Each day we'll be sharing a new excerpt from the magazine. Today, Alison Mosshart remembers being awe-struck by London, then realises she still is now.
Iceland was devastated by the 2008 financial crisis but now artists, musicians and designers are leading a creative renaissance which is putting Reykjavík firmly back on the map.
With socially minded punk band Against Me! Laura Jane Grace gave a voice to the disenfranchised. Now, after a personal transformation, she's reclaiming the mic for herself.