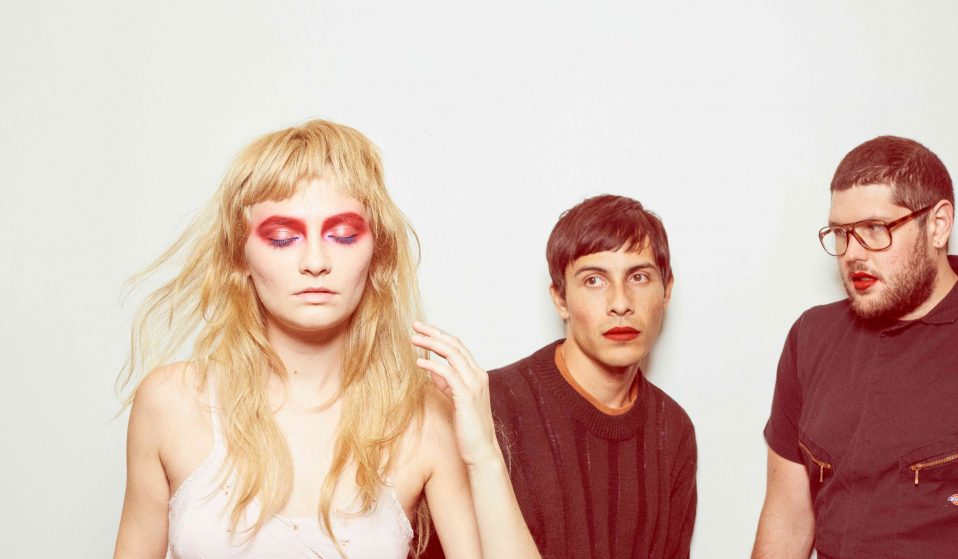 Ahead of the band’s third album Stuffed & Ready, frontwoman Clementine Creevy discusses salvation, solitude and why it’s okay to get angry.

Ahead of the band’s third album Stuffed & Ready, frontwoman Clementine Creevy discusses salvation, solitude and why it’s okay to get angry. ‘Playing guitar and writing songs is a form of release for me,’ she explains.

It’s fair to say that Clementine Creevy has been busy. Having formed Cherry Glazerr while still just in high school, the 22-year-old musician is currently waiting to share new album Stuffed and Ready with the rest of the world. Out at the beginning of February, it marks the band’s third full-length release since 2014.

The record itself is a multifaceted affair. In its 10 tracks, Creevy tackles the suffocating power of the patriarchy head-on, as well diving into the unease and isolation that comes with being a young person still finding their feet in the world. Musically, it’s loud and energetic, marking a progression from the band’s earlier, airier bedroom pop.

Creevy settled on the album’s title during a long, solo drive to the desert. “I decided I needed to take a breather, and going to the desert is what we do in LA,” she explains. “As I was driving, it randomly came to me – the whole concept at once. My biggest hangup was what to call the record, I had a working list of 20 different titles. But in that moment, I was like, ‘Stuffed and Ready – that’s fucking perfect.”

When we speak, Clem in her Los Angeles living room, the space she’s currently rehearsing with bandmates Tabor Allen and Devin O’Brien for their upcoming North American/European tour. When I thank her for making music important to my own adolescence (I’m only a few months younger than her), she shrugs, smiles, and responds: “Unfortunately, it’s all I know how to do.”

What are you trying to communicate with Stuffed and Ready?
If I were to distill it – the power of anger. Playing guitar and writing songs is a form of release for me. Same with recording. That’s why I love being on tour so much — I hate having a break. It sucks. I feel like I don’t have anywhere to put my anger, and I’m just really weird all the time.

Isolation is prominent in the album – particularly with the track ‘Self Explained.’ In your early 20s, I think you start to realise you really only have yourself. Thinking about yourself in a non-social way is super confronting.
Exactly. It’s jarring because you feel like you’re not supposed to be thinking about yourself in a non-social way. Especially with the constructs around us that tell you that you should be social. And I struggle with that because I love my solitude and feel guilty about it.

When I have too much time alone, I feel like I’m not doing something good for myself. There’s this emphasis on doing stuff that’s gonna serve you, like ‘hanging out’ with people, because socialisation is ‘good’ for your mental health. But what about doing something for no reason at all? I don’t do that as much as I would like to.

You’ve grown up with your music. How have the two have informed each other?
More than anything, growing up both as a person and a musician has led me to have more faith in myself. I’ve developed a better ear, so I really know what I want in the studio, on tour, and when I’m by myself making music. I’m grateful because I didn’t think my ears would get stronger. But they really do with the more music you make and the more music you take in. 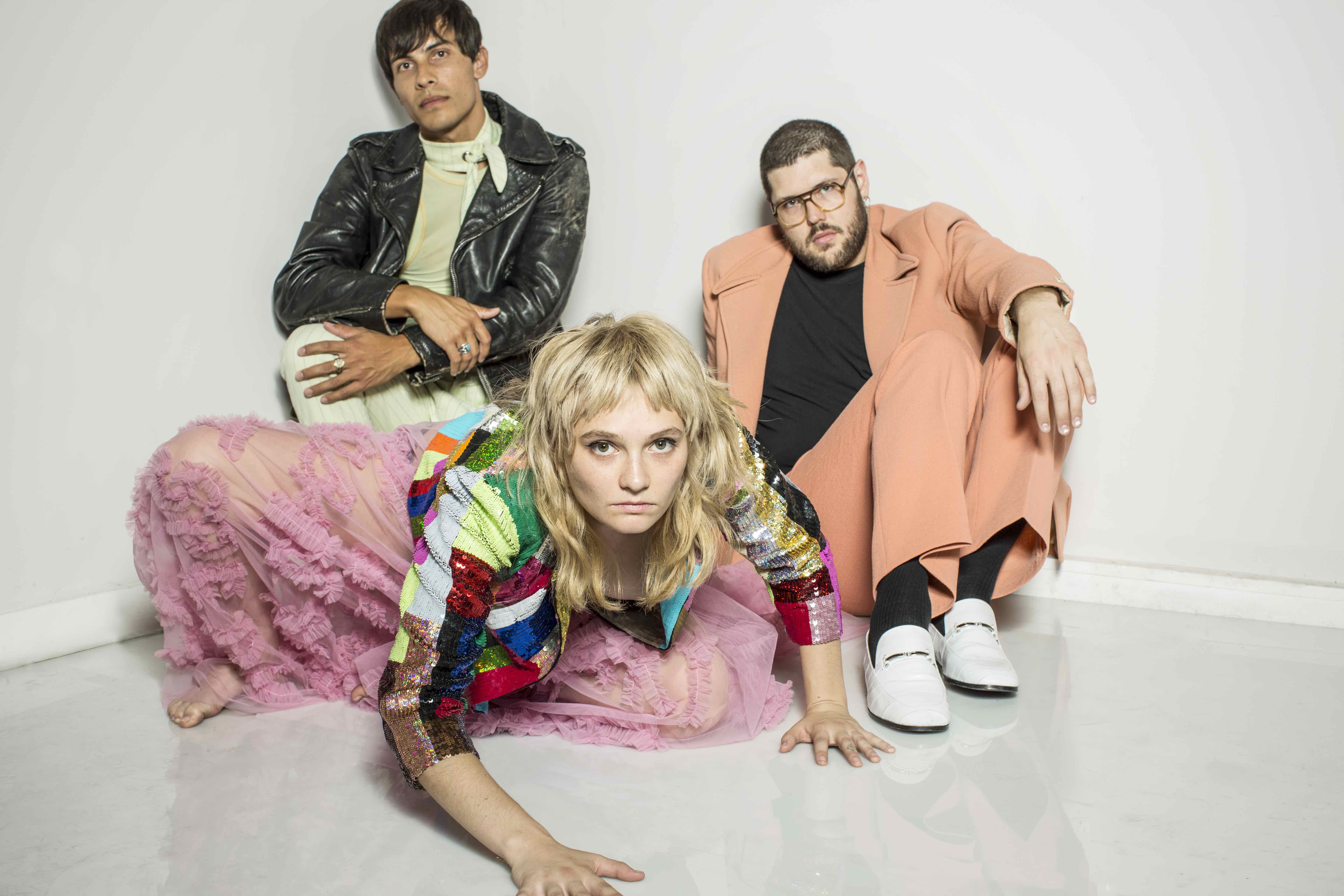 Your music deals openly with your feminism. How has your idea of it shifted over time?
I became a feminist when I was 17 and took a women’s studies course. I learned all about solidarity and all these concepts that blew my fucking mind. It let me see the world in a different way.

Feminism is both a movement that’s had many phases, and something that we need practice every day to re-learn a lot of the things we’ve been taught. I still have the same feeling from when I first learned about feminism. However, the fact that the latest wave includes action, intersectionality, and the inclusion of non-binary, trans, and women of colour, makes me very, very happy.

When I was first learning about feminism, that inclusive talk was just starting to become the norm. We’re still obviously navigating how to actually make it the norm, re-training our brains again to see every woman – and I’m using “woman” as an all-inclusive term – as equals.

In that sense, do you see art and music as social forces?
I see music and art more as a product of society rather than a thing that is… not that. And that’s true with people, too. I think that people are a product of their society than they are anything else. For the most part, musicians make music because it’s inherent in them to use music as a way to express their feelings and their personhood. And because it’s fun, too.

If you were to curate a Cherry Glazerr festival, who would be on the lineup?
I think I’d be okay at putting together a good festival! I know it’s very hard to actually put one on, and most people fail their first year. And I’m talking about this in this way because I’ve genuinely thought about this before!

But Sabrina’s Not in this Chat is this punk band from LA who are killer. I’d wanna get Yaeji because she’s my favourite artist right now. She’s so talented, it’s fucked up. That’s the most telling sign of a good creative person – it’s their consistency. She’s been putting out good songs for years, and all of them are equally good. It’s like, who else is on a roll like this?

And she served curry to everyone who came to her shows in London!
She was just like, ‘Hungry? I am… it’s been a long day!’ That’s really nice. Now I’m gonna have to get a curry machine.

Given the shitty state of the world right now, what sorts of things are giving you hope?
There’s a lot of good TV. And music! There have been so many good releases in the last year and a half, it’s insane. I just listen to music all day long. There’s a lot of creative energy and that gives me a lot of hope. 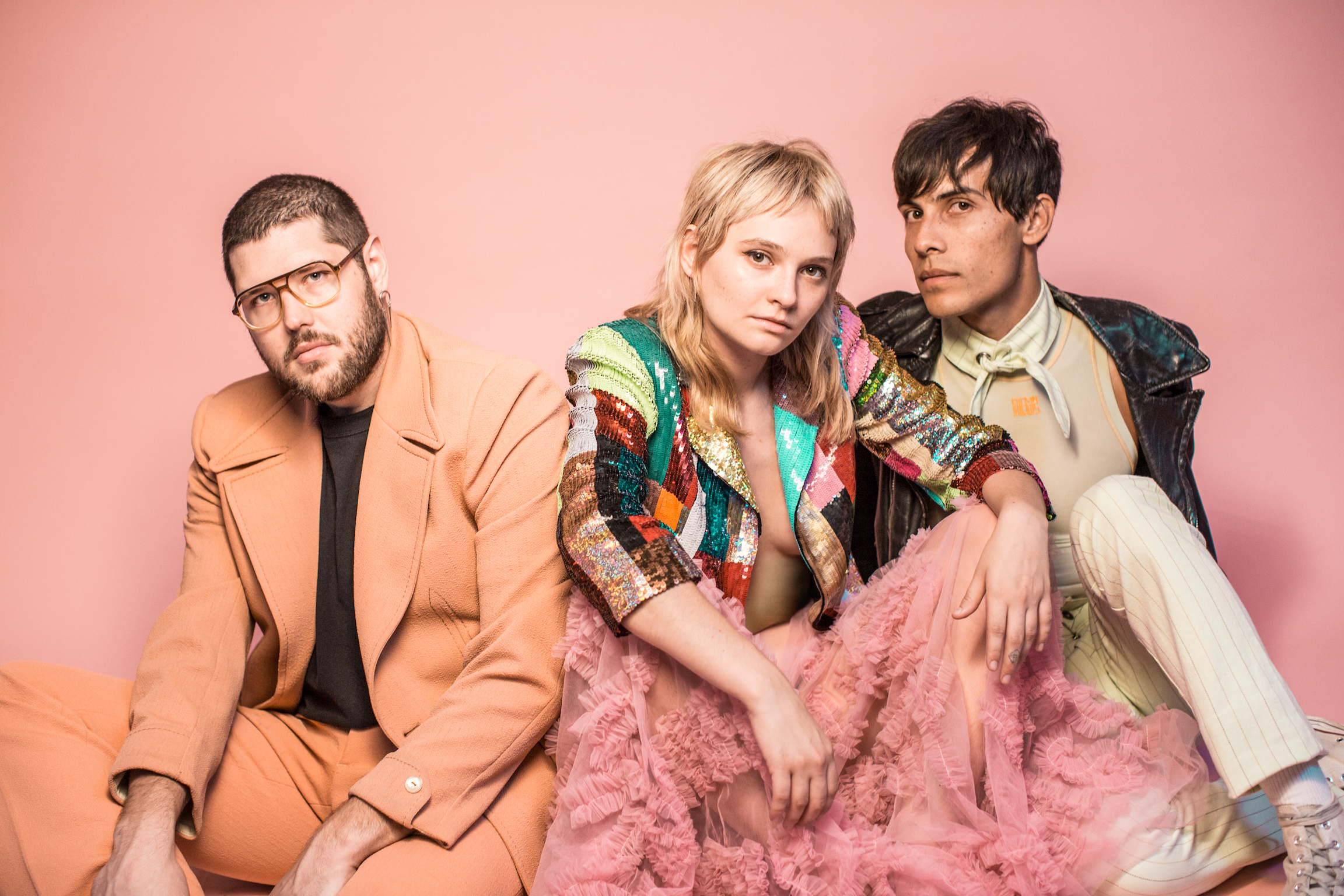 Linkedin
RELATED ARTICLES
OTHER ARTICLES
A 37-year-old woman shares how her abortion led her to become a clinic worker, and the abuse she’s received in that role.
Financial turmoil is pushing people who work in the sex industry into more dangerous and desperate situations as a means of survival.
Cindy Campbell recounts how her brother ushered in a new era of musical culture at a party she held in the Bronx in ‘70s.
Ahead of the release of their first collaborative album, the producer and rapper talk psychedelics and the state of UK hip hop.
Yesterday thousands gathered outside Buckingham Palace after news of the Queen’s death broke.
Thousands attended the annual event this year to wheelie through the city and call for ‘knives down, bikes up’.