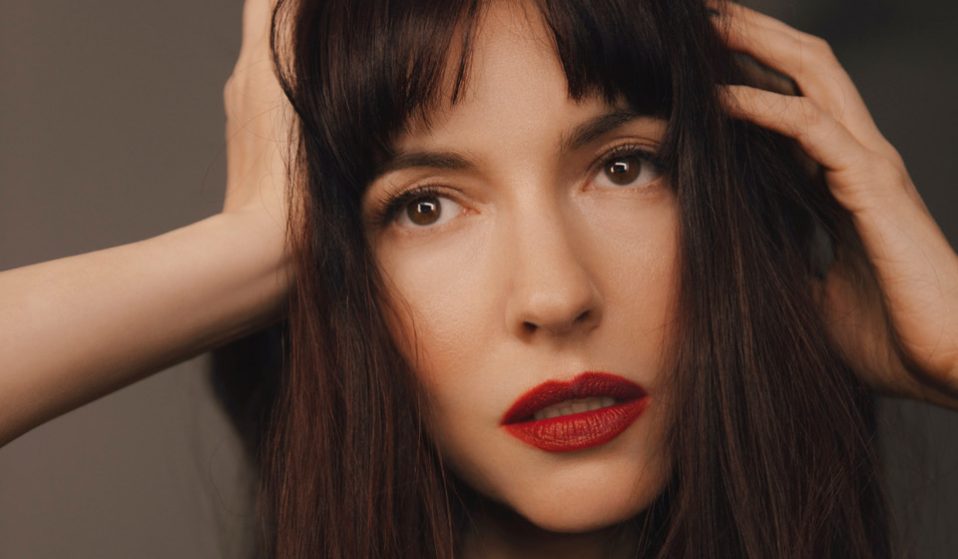 For the director’s upcoming retrospective at Manchester International Festival, Chrysta Bell – musician, artist and long-time Lynch collaborator – will act as a ‘portal’ to his creative expression. She explains what that means.

For the director’s upcoming retrospective at Manchester International Festival, Chrysta Bell – musician, artist and long-time Lynch collaborator – will act as a ‘portal’ to his creative expression. She explains what that means.

Chrysta Bell is having a good day. “It is a little awkward actually, how well this day is going so far,” she says over the phone from Oakland California, where she is currently staying with a friend on a break from touring her new album, Feels like Love. The weather is “perfect”, she is nursing a fresh cup of coffee, and she has been testing out something called ‘earthing.’ “I read that if you put your actual feet – not with shoes – on the ground in the morning it is very beneficial to your electricity and your connection to the earth. I was like ‘shit, I’ll try it!’ I look for these things that can just add a bit of sparkle to the day.”

Feet firmly “earthed” and sparkle added, Chrysta Bell speaks with a vivacity that is a million miles away from the reserved FBI agent she plays in Twin Peaks: The Return. But despite their differences, both Chrysta Bell and her character Tammy Preston have a curiosity that propels them to look beyond the here and now, which is potentially why David Lynch requested Bell take on the role. The pair originally met in 1999 and have remained close friends ever since, working on multiple albums together that blend Chrysta Bell’s luxuriously rich vocals with reverb-soaked guitars worthy of Twin Peak’s Roadhouse.

For David Lynch’s retrospective at Manchester International Festival, Chrysta Bell will host three evenings of music where artists including Anna Calvi, These New Puritans and Oliver Coates will draw on Lynchian themes to perform pieces new and old. As a long-time musical collaborator of Lynch’s, Bell sees her role in the evening as a “portal” to Lynch’s own creative expression: she speaks to Huck about what that means, and her own artistic journey.

Can you tell me about the first time you met David Lynch?
It’s seared into my brain – although, I did just hear a fun thing about memory, that you don’t actually have any memories, you just have memories of what you have remembered before. So, my memory of my memory of my memory of meeting David is that I went to his private studio in the Hollywood Hills after I was invited through an agent. I had to walk up the same stairs as the ones Patricia Arquette’s character uses in Lost Highway and I was like “you’ve got to be fucking kidding me!”

It was like a dream within a dream – it was already surreal, and I hadn’t even knocked on his door yet. So, I knock on the door and David is quintessential David – khaki pants splattered with paint, white button-up shirt half untucked and a cigarette hanging out his mouth. Then he opens his arms and he says “Chrysta Bell!” He gives me a hug with so much warmth and compassion that I was instantly at ease. All of my nervous anticipation became this excited wonderment; he transferred all that energy with his hug and his demeanour, and at that moment I knew he wanted this to work as much as I did. He wanted this potential connection and collaboration to be as fruitful, fun and mutually enlivening as I wanted it to be. I felt that he was excited about life and he wanted to make art. If I had to list my top 10 moments in life that was one of them.

I’m sure Lynch’s influence is hard to measure, but if you could name one specific way in which you think he has influenced you – what would you say?
Hands down it is intuition and following your deepest knowing. When you do that, it’s like a muscle that gets stronger and you can trust it more. You start to figure out what the true voice of intuition is, versus any noise or interference. I was directly affected by his inner guidance that told him Chrysta Bell should play Tammy – if he had been paying attention to other things, like what’s going to make money or what’s going to be successful in this day and age, he could have chosen so many other people for that luscious part. Instead, he used intuition and I am so grateful.

I have watched David follow his inner guidance and it has led him to become a person that can make art unencumbered – would he be respected for the artist he is today if he had done things his intuition advised against? When you follow a deeper knowing, you get these beautiful signs that make you think “ok, I should do more of that” and David has been the shining example of that in real time. His lead hasn’t steered me wrong yet – it has got me into some interesting situations! But that is where you find out who you are.

As Lynch is someone who has such a clear vision, how was it collaborating with him?
It was absolutely a collaboration, but David was certainly the captain of the ship. A big part of our collaboration together was me seeing myself as a collaborator, as a protégée, as a peer – I say it with that inflexion because it is difficult to acknowledge. It is very easy to be overwhelmed by someone who is so realised in their artistic self, and I was quite young when I met David. I had to evolve to realise I was there because my offering was needed for the situation to happen. David always held this space for me to know my greatness as an artist and very fortunately because we worked together for so long, I was really able to grow into that space and find myself.

Over his career, Lynch has focused his camera on some pretty complex women, and yet he has been criticised for being misogynistic due to his portrayal of extreme violence towards them. As a woman that has worked with him closely for years and appeared in front of his camera, what would you say to his critics?
I feel so empowered by David, so these comments are always fascinating to me. There is a lot of violence against men too! There is equal opportunity for radical violence against both genders and equal opportunity for heroes in both genders. Violence does happen to women all the time and he acknowledges that, but also celebrates all the strengths and mystical attributes of women as well.

I think if you are not looking at the artist as a whole entity then you are going to miss what the depth is here. He is not trying to make you comfortable – are you fucking kidding me? He is creating art that is representative of humanity. He is dealing with deep elements of evil and he is not doing it to make you feel good about yourself. In general, I tend to lean towards looking at proverbial rainbows and unicorns, I like to see pretty things, I don’t necessarily inundate my own visualisation with violence, but does it mean that it’s not relevant in art? No. Personally, I feel safe, I feel enlivened, I feel celebrated as a woman, as an artist, as a human when I reflect on David’s artwork. But I can only speak for myself.

That is actually really important, because Lynch could be creating clearcut “feminist” work but treating you poorly – and that would be much worse.
Oh God yeah – absolutely, I hadn’t even thought about that! Not so many people get to be around David, but I bet if you took a poll of every woman in David’s life, they’d mention feeling safe and feeling empowered. David is a wondrous human and multi-dimensional! A good guy, a good being.

You will be at Manchester International Festival hosting three nights of live music inspired by Lynch – what can we expect?
I am something of the moderator for the evening, whilst also being an ambassador for David’s music. We made all this music together and then he wasn’t touring, so I really honed in on a feeling and a sort of portal system for the Lynch experience. My band and I have nurtured this experience over the past seven years, since I have been performing the music David and I wrote together. I think essentially, we are going to be generating an evening of otherness through the filter of David’s impact on our musical lives and entities as musicians and performers. Some musicians will be trying Lynch on for the evening, and others will have a lot of their own material that is influenced by him.

Each night I’ll be doing a different performance. I have been enveloped in his music for many, many years now, so I am going to present uncut infusions of my Lynch offerings in the midst of the evening. And then who knows what will come through me in the evening as I am being inspired by the music I am hearing from the other artists. This is going to be something that comes together largely as it is happening. I love that mix between something that is very prepared but with that perfect mix of spontaneity and allowing the spirit of the evening and the audience to come through in the performance. I’ll be looking for that. You don’t want it to be too controlled, you need a bit of chaos. I will allow for the chaos to imbue.

Linkedin
RELATED ARTICLES
OTHER ARTICLES
In the latest instalment of Photographers in Conversation, the chronicler of raves, protests and beyond explains why he’s drawn to such specifically visceral environments.
Photographer Matthew Brookes recalls following a group of young people in Venice Beach living in search of the perfect wave.
Freddie Miller’s new series of photographs investigates who today’s trainspotters are and what drives their unfettered enthusiasm.
A new report has found that the majority of Britains approach trans issues with compassion. It’s about time this was reflected by our media landscape.
With inflation now at a 40-year-high of 9 per cent, demonstrations organised by TUC took place to demand action from the government.
The past five years have seen a staggering increase in foodbank usage across the UK. Now, staff fear things are set to get much worse.