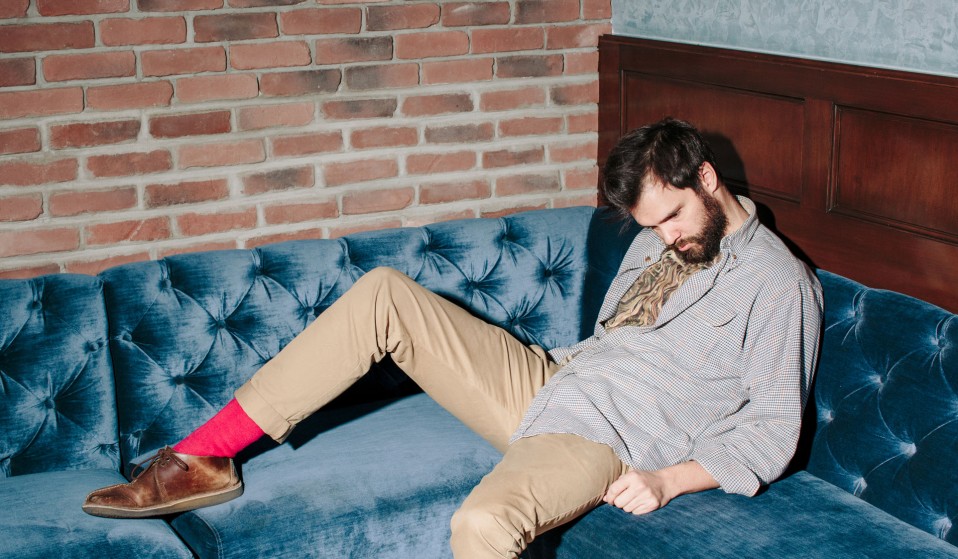 An in-band split left Dave Longstreth lost and depressed. But after collaborating with the likes of Kanye and Solange, he's pulled off a remarkable U-turn.

An in-band split left indie maestro Dave Longstreth lost and depressed. But after collaborating with the likes of Kanye and Solange, he's pulled off a remarkable U-turn to up the stakes of an unpredictable career.

A few years ago, Dave Longstreth thought Dirty Projectors was finished. The musical project he started in his Yale dorm room had grown and changed as he did: rotating members, shifting styles and linking up with like-minded outsiders such as Björk and David Byrne.

The only constants were complex rhythms and abstract ideas. There were lyrics translated into the ancient language of Akkadian, a ‘glitch-opera’ about the Eagles’ Don Henley and a song-by-song tribute to how Black Flag’s Damaged made Dave feel as a kid.

Whether these were loose conceptual frameworks or straight-up mischief, the music eluded classification. Then, after touring 2012’s acclaimed Swing Lo Magellan, he and bandmate Amber Coffman broke up.

She had become such an integral part of the band, and Dave’s life, that continuing as Dirty Projectors didn’t feel right. So he sought out the advice of producer Rick Rubin.

“I had no sense of direction and didn’t really know what to do next,” says Dave, who’s 34 and grew up in Connecticut, where his father managed a nature centre and his mother worked as an attorney.

“But I thought, ‘This experience can’t be new.’ It was a moment where I was kind of looking for mentors: people who had spent a lifetime paying attention and being inspired.”

Seeking guidance and kicking around ideas aren’t exactly things you would associate with Dirty Projectors. By 2009’s Bitte Orca, the band was portrayed as a cult-like dictatorship that involved bootcamp-style rehearsals. Interviews were no more easygoing, with questions picked apart or shot down in seeming disdain of the whole process. 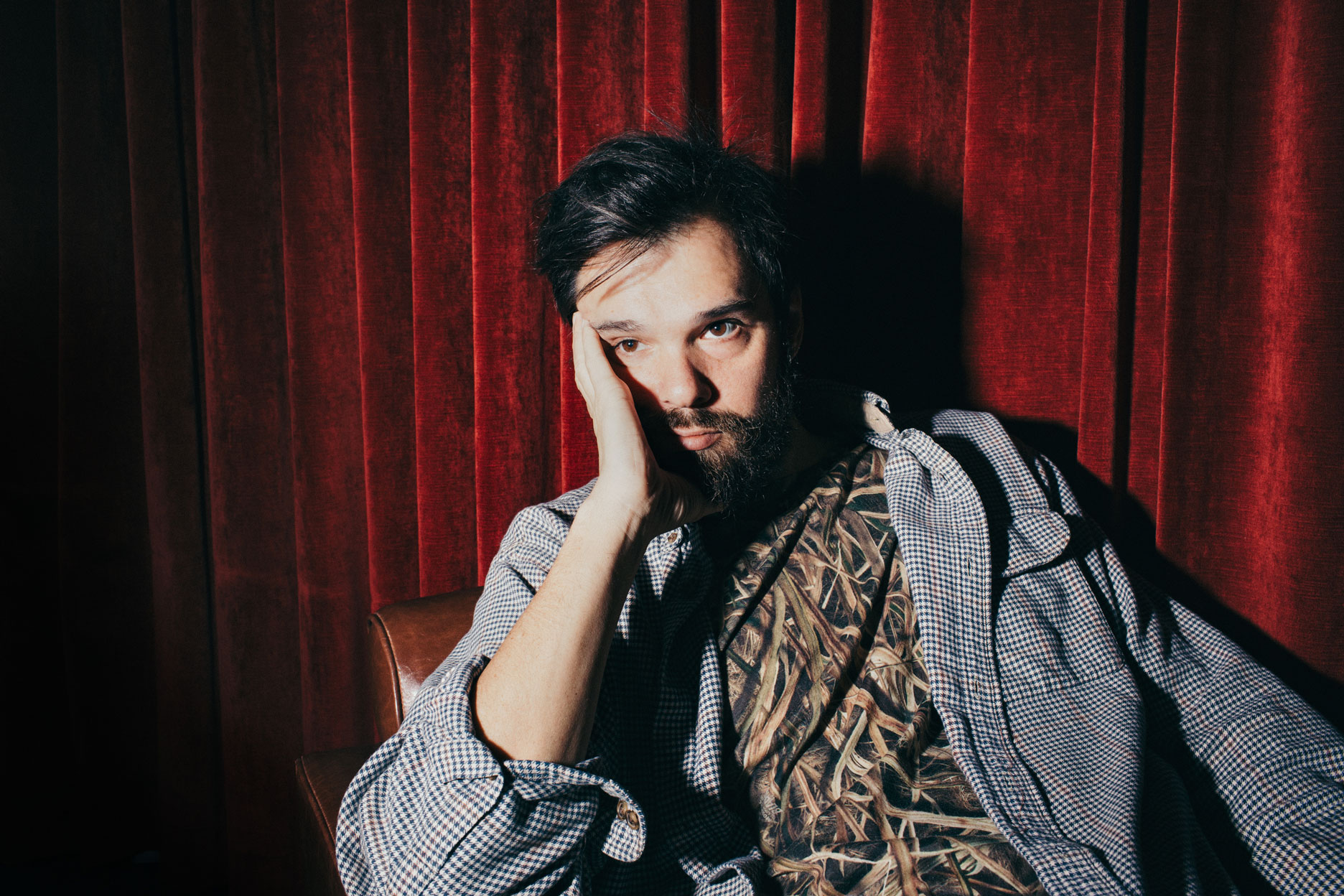 Five years on, there is no sign of that person today. Dave is sitting on the grey couch of an East London hotel room, wearing a blue French work jacket – sleeves rolled up, elbows ripped – as a shaft of sunlight illuminates his scraggly beard. He puts down an acoustic guitar, slugs the end of a coffee and seems surprisingly at ease discussing his turnaround.

After meeting Rick Rubin in L.A., Dave played him some demos he felt torn about sharing. “I was like, ‘I don’t know what these things are. On the one hand, they just feel so raw and personal. On the other, they are so incredibly different from where I thought I’ve been taking this thing.’”

Rick advised him to keep the Dirty Projectors name and embrace the unrecognisable. He also introduced him to Kanye West, who welcomed Dave into his songwriting workshops for The Life of Pablo. He ended up contributing to ‘FourFiveSeconds’, the rapper’s track with Rihanna and Paul McCartney, which sparked a run of restorative collaborations.

Solange, who previously covered Dirty Projectors’ ‘Stillness is the Move’, enlisted Dave to work on her breakthrough album A Seat at the Table. And then there was Amber, his ex, with whom he spent a year developing her as-yet-unreleased solo album.

“What was so life-giving about that was just to be in service of her vision, of which I’m really proud. It totally rewrote our roles in Dirty Projectors. Collaborating with others put me through that bootcamp process: working incredibly hard to make someone else’s mental image as vivid as possible.”

He pauses, his tall frame leaning forward. “It was exactly what I needed and I didn’t even know it.”

Over the years, Dave has talked about the challenge of simplicity and realness in songwriting. Now he’s managed to achieve both of those things by stripping back the obtuse, bringing his voice to the fore and branching into forward-thinking R&B.

New LP Dirty Projectors is a break-up album that’s as beautiful as it is brutally honest. But it doesn’t feature Amber, which makes their continued work together seem curious, given the lyrical content.

The songs are scathing in places, both of a scorned bandmate (“What I want from art is truth, what you want is fame”) and of himself (“Complex plans and high ideals, but he treats people poorly/ Is his ceaseless ambitiousness proxy for a void he’s ignoring?”).

Knowing people will draw their own conclusions and pass judgement on all this did cause some stress initially, Dave admits, but he thinks it will be fine. Amber has heard the album (though it has since emerged that the pair are no longer on good terms) and, to be fair, that line about ambition is “a legitimate criticism”.

“In the service of this emotional portrait of a time of some sadness and difficulty, there are moments of the self that I present which I’m not proud of. That makes me feel very vulnerable. Even now, giving these interviews is hard.”

Having said that, Dave insists that the album is a theatrical adaptation. Most artists, he explains, employ a degree of separation in their work.

With Kanye, for instance, he noticed a clear space between him as a person and the character inhabiting his songs. But within ‘indie’ music, somehow the standards are different.

“It kinda fetishises this idea of, ‘There’s no breakdown here. This is me as I am,’” he says. “Sure, the things that I know are the things that have happened to me. But that doesn’t mean I have to present it as the truth.”

Those may be the words of someone trying to cover their tracks, or it could just be the latest songwriting strategy of an inscrutable artist. It’s hard to tell.

“Life is not that personal,” he says, smiling mischievously. “We all know these feelings; we’ve all been through similar experiences. But a song isn’t reality, even if it can be put together to feel like it. There’s always distance.”

Linkedin
RELATED ARTICLES
OTHER ARTICLES
A new edition of a seminal book brings together iconic images of the band onstage in their full glory and backstage in moments of unguarded camaraderie.
The author discusses the all-consuming nature of heartbreak, and turning the experience into an incisive exploration of love and loss.
Over a dozen Stop Deportation activists locked themselves to each other outside a detention centre to prevent coaches taking those due to be on the Rwanda deportation flight from leaving.
On the fifth anniversary of the tower fire, around 18,000 joined the walk to remember the 72 dead and to demand justice.
Over the years, a swimming hole in a city park has evolved into a magnetic meeting place for Philadelphians – a hideaway where people can connect with the natural landscape, and each other.
The curators of a new exhibition are hoping to shed light on Plymouth’s vibrant but often overlooked nightlife.