Art & Culture / Drakeo The Ruler’s reign has only just begun 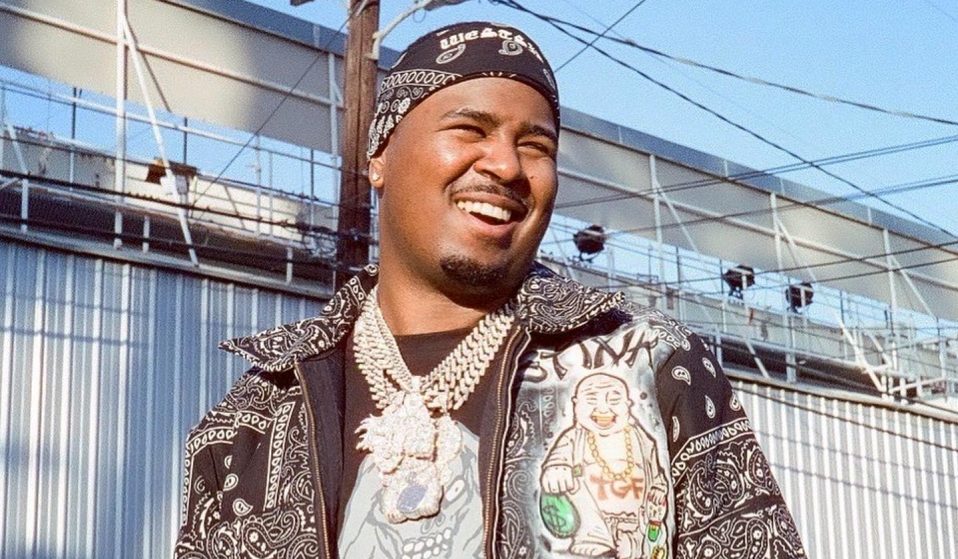 After leaving prison last November, Drakeo has been busy working on multiple projects and is now gearing up to take his pioneering brand of West Coast rap to even bigger audiences.

After being released from prison last November, the LA-based artist has been busy working on multiple projects and is now gearing up to take his pioneering brand of West Coast rap to even bigger audiences.

Locking down Drakeo The Ruler (real name Darrell Caldwell) for a Zoom call isn’t easy. Our first interview is postponed due to the Los Angeles rapper deciding to take an impromptu trip to Miami with his talented brother, Ralfy The Plug (the pair recently teamed up for the excellent new gangster rap opus, A Cold Day In Hell). The second chat is called off because Drakeo is walking down the street carrying thousands of dollars in recently withdrawn rent money, which he is planning to gift to a bunch of people he grew up with. He tells his publicist he needs to get an Uber and then disappears.

When we do finally get a chance to talk, Drakeo is once again on the move. He’s sitting in the passenger seat of a moving $500,000 Dawn Rolls Royce with a paint job that makes the car look like a tuxedo. You wouldn’t be surprised if Bruce Wayne stepped out. Drakeo’s Instagram Stories point to an energetic day that included handing out toys to kids, hitting a smoked-out studio to record new songs, paying touching tribute to Ketchy the Great (a fellow member of Drakeo’s influential rap collective the Stinc Team, who recently died in a car accident), eating expensive steak, and opening fresh Off White threads sent directly from Virgil Abloh, who is one of many new high-profile admirers (along with Drake, who crooned on Drakeo’s 2021 hit single, ‘Talk to Me’). As Drakeo tellingly rapped on ‘Captions’: “My life is a movie / fuck acting.”

The 27-year-old artist’s tired eyes suggest an awareness that this is the kind of lifestyle that comes with carrying LA rap on your shoulders. “I am proof you can come out of my community with more,” Drakeo says over a truly terrible 4G connection, talking me through the dangerous section of South Central where he grew up. “A lot of people don’t make it out of those circumstances. I’ve shown that it is possible. There’s been a lot of bad stuff in my life. There still is, so it’s important that I give back. It feels like Robin Hood.”

Make no mistake, Drakeo The Ruler deserves all the attention he is getting. His half-whispered, dread-inducing raps mirror the deathly mumbles of Marlon Brando’s Colonel Kurtz character in Apocalypse Now, with the cryptic lack of volume only forcing you to concentrate even harder and truly absorb the implications of the harsh words (“All my friends dead / I’m trying to beat the feds,” he groans on ‘They Don’t Know You’) that follow. Thanks to that funky death rattle, Drakeo possesses one of those rap voices that is truly original, giving you that same ‘What the hell is this?’ feeling, like when you first heard vocals from Snoop Dogg or 21 Savage.

It’s as if Drakeo knows the loudest person in the room is usually the quietest when it really matters, and this naturally comes across in his low register and scratchy vocals. “I’ve never been on all that loud, yelling type shit,” Drakeo says, sinking even deeper into his luxury car seat. “Even when I talk in real life, I talk real low. It means you gotta really turn it up when I start rapping and listen to what I have to say.”

While it’s fair to say Drakeo’s music powerfully touches on paranoia (take, for example, the song ‘Devil In My Head’) and ways to switch off from a neighbourhood caught up in endless cycles of gang violence (‘Codeine Problems’), its true genius comes from the way the rapper’s dark, surrealist sense of humour illuminates all those horror-inspired piano loops. Whether it’s making his enemies feel three-feet tall by calling them “silly billies”, making light of interstate drug trafficking by hilarious rapping “on the road again like I’m singing country music”, requesting to be buried in jewels so he’s icy like a Polar Bear, or even turning PTSD into a belly laugh (“I can’t think about my past / I’ve got Alzheimer’s”) on ‘Pressure’, Drakeo maintains his sense of humour despite all the chaos unfolding around him. He often raps about knocking out Goliath as well as Friday’s immortal big-screen bully Deebo, but this is so the next underdog feels inspired to stand up and fight.

He consistently finds clever new ways to rap about trapping, creating the kind of kooky slang (“Flu Flamming”, for example, is a word that doubles for someone who makes an income through nefarious means) that is destined to become iconic. It means he’s not only respected by talented, melodically-minded gangster rappers like 03 Greedo and Boosie Badazz, but also technical, wordplay-obsessed underground emcees, including Danny Brown and Earl Sweatshirt, both of whom have appeared on remixes to Drakeo songs. The fact Drakeo regularly spotlights the hypocrisy of a legal system that uses Black rappers’ storytelling lyrics against them also feels important, especially given the renewed censorship hip hop has faced over recent years. 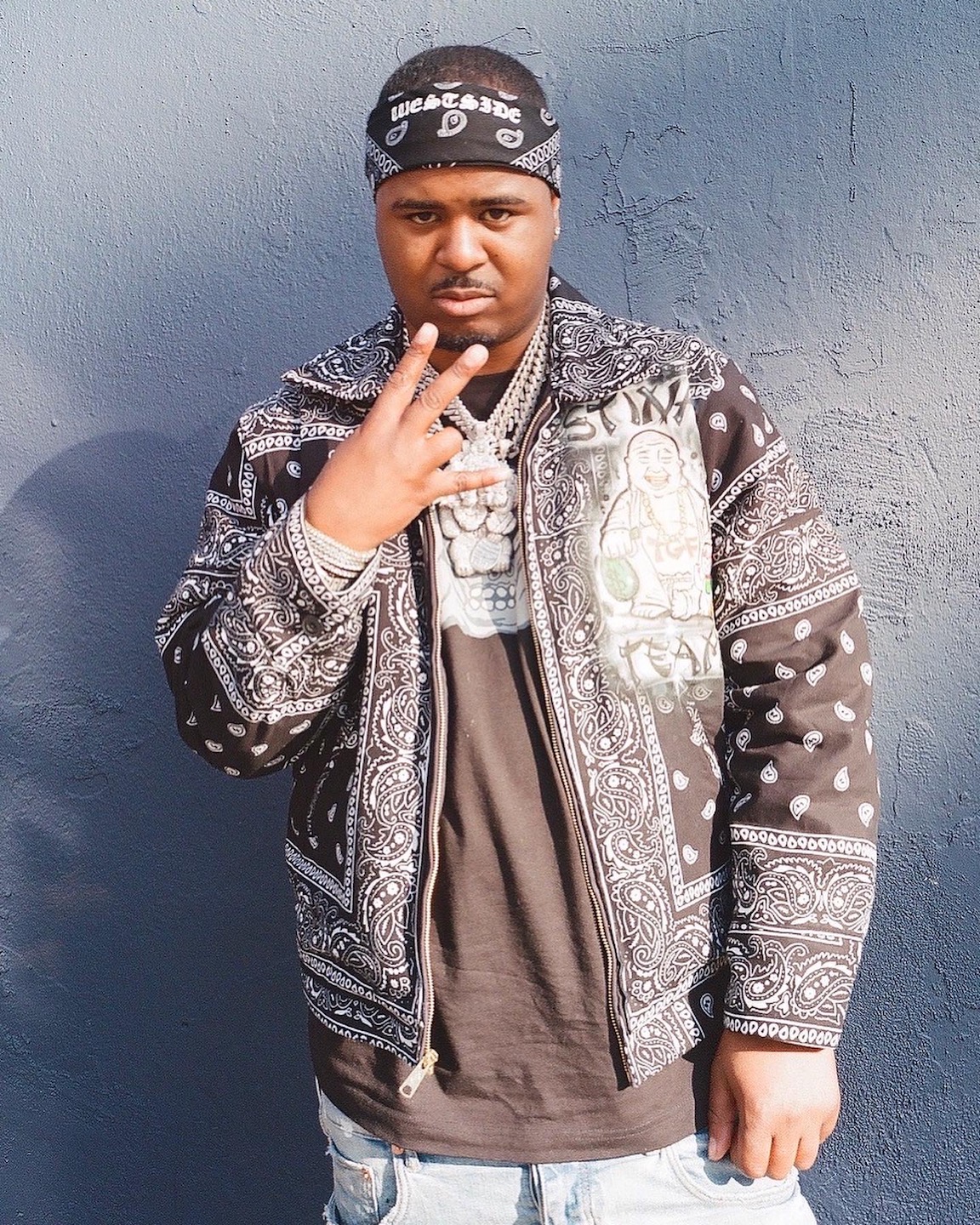 “I guess people just don’t like rap or the people who make it [because our words are always used against us]. I’ve always enjoyed telling jokes. Everybody be so serious. I try not to think about what people will think about what I am saying. It helps with my creativity. I say what I want.” Drakeo, who doesn’t really see himself as having any kind of predecessor, continues: “Honestly, I would rather just be myself. All that trying to be like someone else or trying to live like someone else’s standards, I don’t like that. I made that a big thing. I decided as soon as I started rapping that I needed to be myself and make sure I never sounded like anyone else. And here I am.”

The fact Drakeo is even here at all is a testament to his resolve. The artist has spent a lot of his adult life in prison after being linked with a murder in a highly contentious case, which has been exhaustively covered by veteran music journalist Jeff Weiss. After spending three years in prison, during which he created a whole new album (Thank You For Using GTL) via blood-curdling raps that were whispered down a prison phone line and recorded by producer JoogSZN, Drakeo was finally released last November after accepting a plea deal.

Many of those hours in prison were spent in solitary confinement. I wonder, did this really feel like rehabilitation and a prison system designed to help turn its inmates into better people? “No. It is a joke. Shit, where I was at will make you worse. It won’t make you better. The American Dream is a lie. I say that as someone who has lived here.” Of his now-classic 2017 Cold Devil LP, Drakeo also admits: “Sometimes listening to old music reminds me of things I don’t want to go back to.”

It is clear Drakeo has been making the most out of every second of his freedom. Since his release last November, he’s put out three brilliant new projects – We Know The Truth, The Truth Hurts, A Cold Day In Hell – each of which shows an artist ready to experiment more with R&B-inflected soundscapes that won’t terrify yuppies as much if they’re played on the radio. By teaming up with blood brother Ralfy on the most recently released A Cold Day In Hell, Drakeo has extended his golden run even further.

On the new project’s best song ‘Close That Back Door’, Drakeo bluntly puts down his rivals, joking: “Your man broke, he needs to get a job / babysit you, n*gga? I’m not your mom”. The gloomy music carries an intensity, like the two brothers are going out for a ride, unsure if they will make it back home. Yet there’s also plenty of joyful moments that show Drakeo hasn’t lost that famous sense of humour (“You never played ball in the field / you’re a soccer momma”), and he proves that he can still find new ways to tear up the clubs (‘Gang N Em’) four years on from the anthemic ‘Roll Bounce’. Both brothers have been passed through the prison system over the years, which makes their album feel like a trophy at the end of a very hard road.

If people aren’t already calling Drakeo a King of West Coast rap, then they surely will be very soon. ‘Baddest Kid’ sees Drakeo question how peers have been acting differently towards him ever since earning that Drake feature. So, does he feel ready to occupy the same mainstream lane as artists like Lil Wayne, Future, and Young Thug? “I’m kind of already there,” comes the confident reply.

Drakeo might not be the best when it comes to turning up on time for interviews, but naming a rock star capable of creating their own language, who also happens to be punctual, is practically impossible. Especially one who is still readjusting to society, having spent large chunks of their twenties being aggressively questioned by police and seeing song lyrics distorted by the US legal system, while also actively trying to support the people where he grew up. It’s highly likely Drakeo experiences more in a day than most people do in a whole month.

Looking ahead to the future, the mysterious artist says: “I want my own label. I want to put all my people in houses and do an album with all the young West Coast artists. I would like to do a joint project with 03 Greedo when he’s free, too. Hopefully, he gets out [of prison] soon. I want to make music that doesn’t expire. I don’t want them just to listen and say: ‘This is cool!’ I want them to say: ‘How did he do that?’ I’m kind of like the rap equivalent of a rock star. The energy is way different.”

Slyly grinning, like he’s just looked into a mystic ball and saw something that he likes in his future, Drakeo concludes: “Everything you are going to see me do is going to be crazy.”

A Cold Day in Hell is now available to stream.

Linkedin
RELATED ARTICLES
OTHER ARTICLES
Satirical culture in the UK routinely protects the powerful and punches down. It’s time people stopped laughing along, writes Elia Cugini.
Members of the collective share some of their reasons to run as part of #UnitedBySummits, a campaign that looks to uncover transformative power of the outdoors.
The answer to improving the well-being of Palestinians rests not with individualised solutions from the Global North, but with ending settler colonialism.
The photographer recalls working with some of the biggest names in the business – from Salt-N-Pepa to the Sex Pistol – at a time when music magazines played a powerful role in shaping the scene.
In the last of our dispatches from OFFF Barcelona, Rufus Deuchler and Vincent Gault discuss the future of creative process.
Photographer Phyllis Christopher recalls capturing sex and protest at a time when the city had become a haven for the queer community.