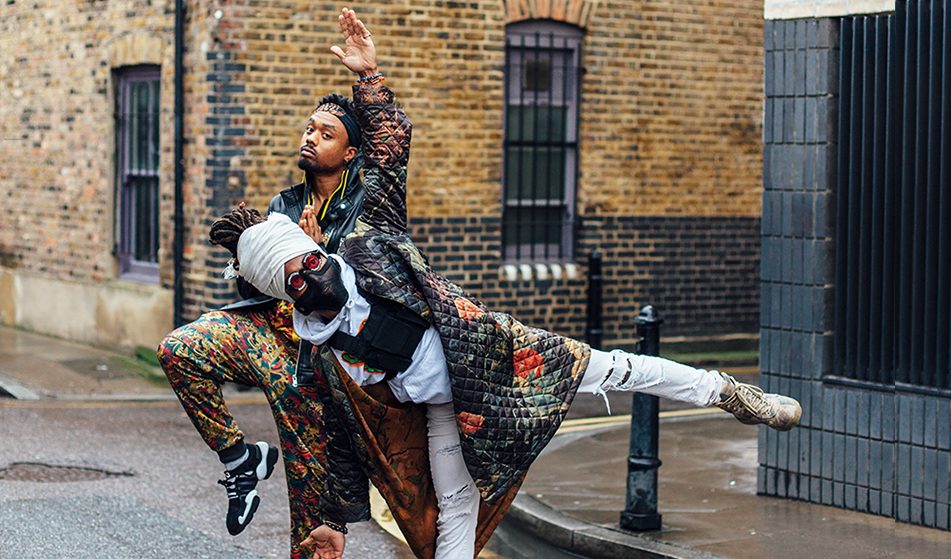 EarthGang is a larger-than-life rap duo with a simple aim: telling stories that represent the real Atlanta, while pushing what that sounds like to the outer limits.

EarthGang is a larger-than-life rap duo with a simple aim: telling stories that represent the real Atlanta, while pushing what that sounds like to the outer limits.

In an East London hotel room strewn with clothes and suitcases, EarthGang’s Johnny Venus is sitting on an unmade bed, plucking at an acoustic guitar.

“I’m still learning,” he quickly clarifies, his dreadlocks wrapped in a white towel, a pair of white motorcycle boots at his feet. “I play the drums.” Alongside him, the other half of the group, Doctur Dot, is scrolling on his phone, eyes fixed on the screen. (He plays the trumpet.)

Despite plenty of competition, EarthGang has become one of the most original outfits to emerge from Atlanta in the last decade.

Fluctuating between hard rap and yelpy melodies, their music takes the city’s trappy aesthetic in an electrifying new direction, blending old-soul musicality with socio-political awareness. It’s an approach that has drawn comparisons to fellow ATLiens Outkast which, though lazy, isn’t unreasonable either.

Doc (born ‘Eian Undrai Parker’) and Venus (‘Olu O. Fann’) first met in ninth grade, where a shared love of crate-digging kick-started a friendship. “We used to swap records at high school,” says Doc, who, at 28, is a year younger than Venus. 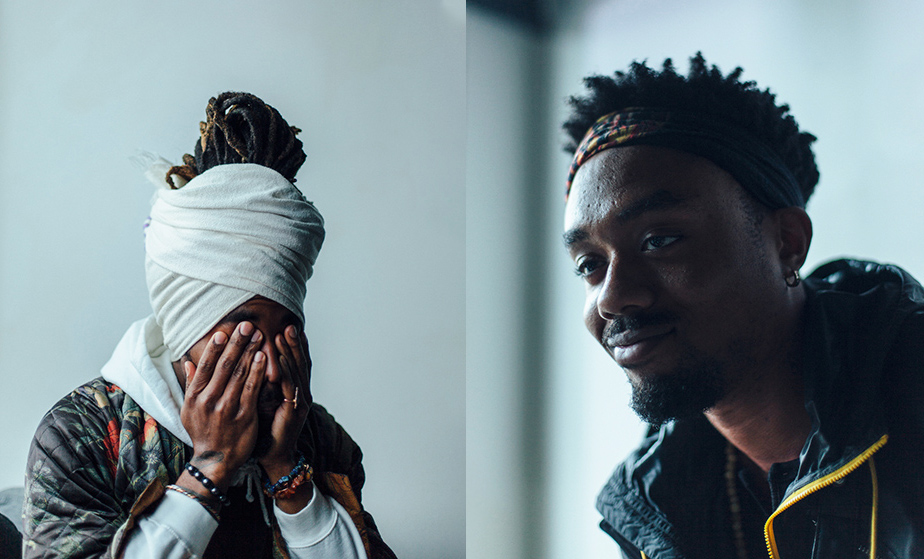 “We’d pull up and have a corner of the parking lot. Everybody knew not to come our way, not unless you were bumpin’ music out yo’ whip… One day we might be listening to Curtis Mayfield, next day we might be listening to Nina Simone. There was a whole squad of us at the time, but we were the two who happened to rap and keep going with it.”
After buying a bootleg version of the music-making software Reason out the back of a guitar shop, Doc and Venus started crafting their own beats until it sounded like something worth sharing.

They finally performed together for the first time – “for real for real” – at their high school graduation in 2009, before leaving for Virginia soon after. They had both won scholarships at Hampton University (Venus studying graphic design, Doc psychology) without even knowing that the other had applied.

Doc didn’t want to go, but he was 17 and eager to get out of Georgia. Plus, his mother had always pushed him to make something of himself – entering him in talent shows from an early age. (A young Venus, by contrast, once wrote his dad a letter to tell him that he wasn’t taking life as seriously as he should be.) 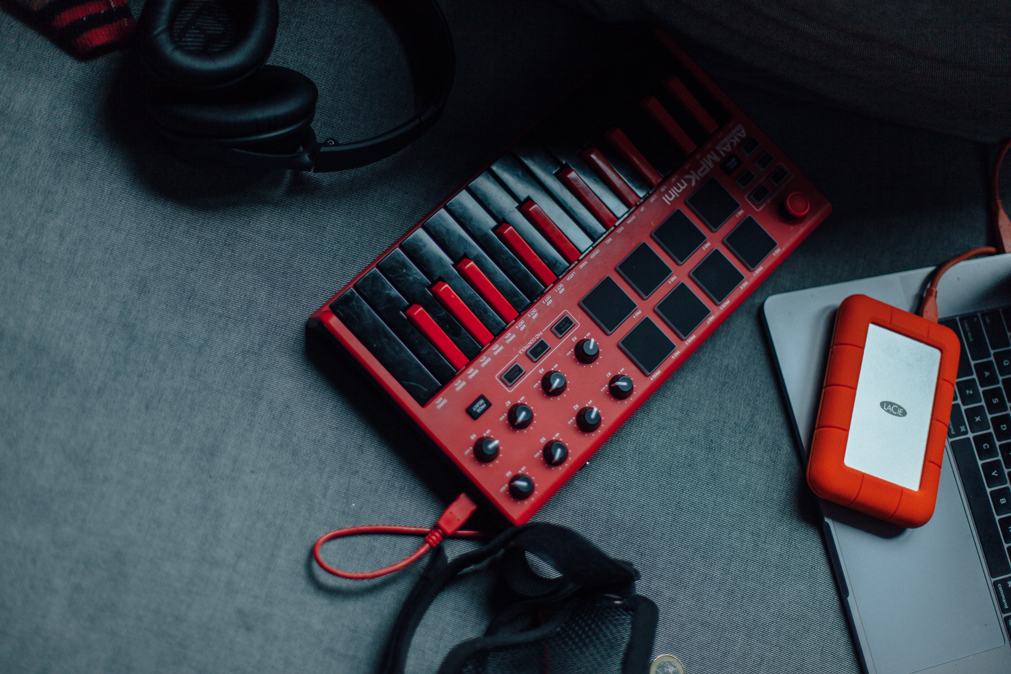 While Atlanta is an important part of their identity as artists and people, leaving home felt like a rite of passage. “No one can be a prophet in their home town,” says Venus, who tends to take the reins when it comes to answering questions, his responses delivered in meandering sentences that still feel considered. “You gotta go out and talk and speak and learn and be yourself – then you might be able to come back and give that to your people.”

Living in Hampton felt like the wilderness compared to home, but the duo found the freedom to invest even more of their energy into music. They’d often sneak into the university’s theatre building during the early hours to use its recording studio, wedging a rock in the door to ensure they could get back out. (A sympathetic janitor would leave them to their own devices.) “Musically, everything we did – we did ourselves,” says Venus. “People would see that we were serious.”

It took some grit to keep going. The pair both worked as camp counsellors for a while, pulling in shifts at call centres and restaurants. (Venus once worked at Domino’s for a month just to buy a new keyboard.) And when Doc’s time at college came to an abrupt stop (“Caught a little felony at the end of my time there, just out of making some stupid moves in desperation… But I still got my credentials”), it only served to motivate them more. 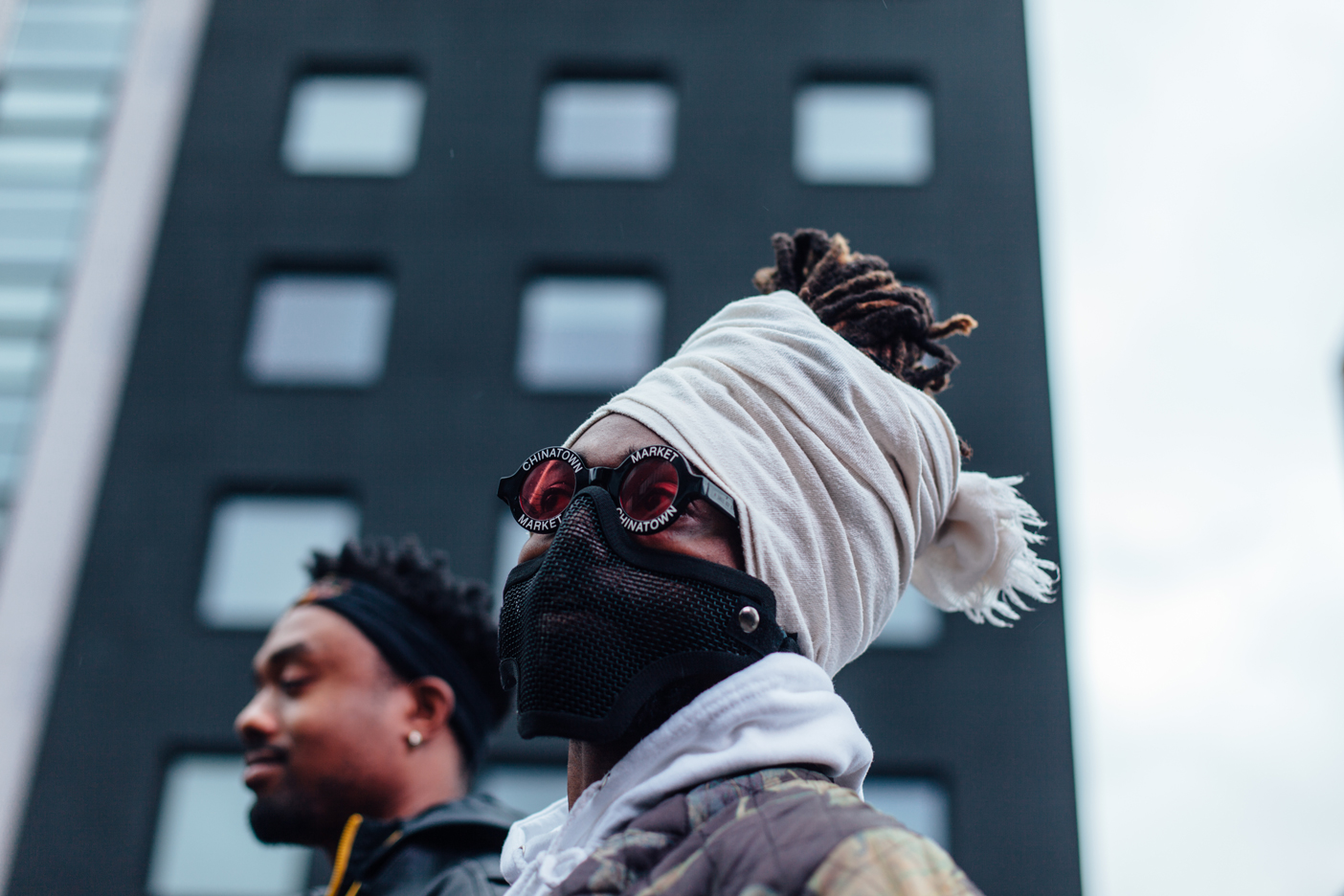 “When I got indefinitely suspended, it was time for us to get the fuck out,” he says, his Georgian mumble lower in pitch than Venus, his answers brisk and sharp. “We’d started [music collective] Spillage Village by then, so we fled back to Atlanta and moved into a house together.”

There, the pair began developing a loyal following, putting together a string of eclectic releases: from 2013’s Shallow Graves For Toys to a three-part mixtape series on J Cole’s Dreamville Records. “And once you go through that journey, you find yourself in Mirrorland,” says Venus, referencing their forthcoming LP, also on Cole’s label.

Although details surrounding the album are scarce, EarthGang is clear in its desire to bring something new to American hip hop – breaking the mould of what music from their city ought to be. “Atlanta is such a beautiful, diverse place and we love the trap sound,” Venus says, his voice full of admiration. “But we want to go into a new frontier of southern music. We want to put the whole culture into our art, not just one aspect of it.”

That means letting their imaginations bloom until the music feels almost hallucinogenic: an unanchored sound that’s free to flow through subjects touching on everything from gruelling day jobs to outrage at police brutality. But it also means telling stories from their community, reflecting perspectives that feel honest and true. 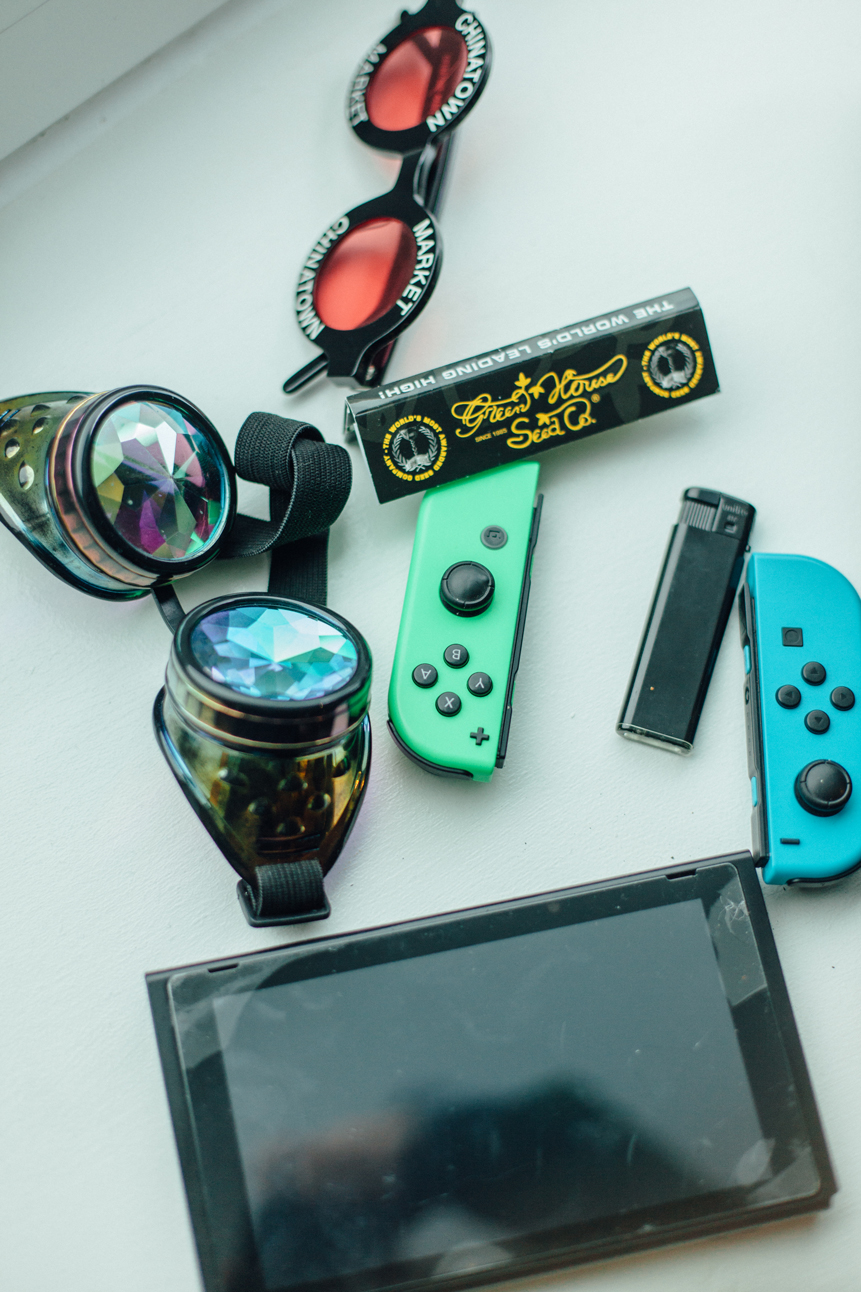 “For a long time, most people coming out of Atlanta were from the Eastside, but we from the Westside,” says Doc. “So it’s a whole homecoming hero thing for us, know what I’m saying? The hood is glad to see n***as like us representing.”

That authenticity, Venus adds, is the whole reason Atlanta artists have managed to maintain a stronghold in hip hop for so long. “People are going through real shit, then coming out on the other side,” he says. “Everybody around the world can relate to that… It’s limitless.”

And with that, he stands up – either tired of having his creative process examined for too long, or sensing a natural end to the conversation. As the pitter-patter of cold British rain drips down the room’s tiny window, Doc also rises to go. As he leaves, he turns his head – not to say goodbye, but simply to offer a definitive take. “It’s freedom music, dawg.”

Mirrorland will be released on Dreamville later this year.

Linkedin
RELATED ARTICLES
OTHER ARTICLES
A centuries-old tradition is offering families a way to honour the deceased, reports Arbab Ali.
SOAS Detainee Support detail the appalling conditions they witnessed at the dangerously overcrowded immigration centre in Kent.
The photographer reflects on a decade which saw the rise of MTV and the flourishing of new genres.
With the singer’s tour in full swing, we sat down the musical production company who made the electrifying show possible.
The campaigning charity are on a mission to increase inclusion, participation and representation of Black people in trail running.
After a devastating fire, creatives in the city are coming together to call for more affordable workspaces.