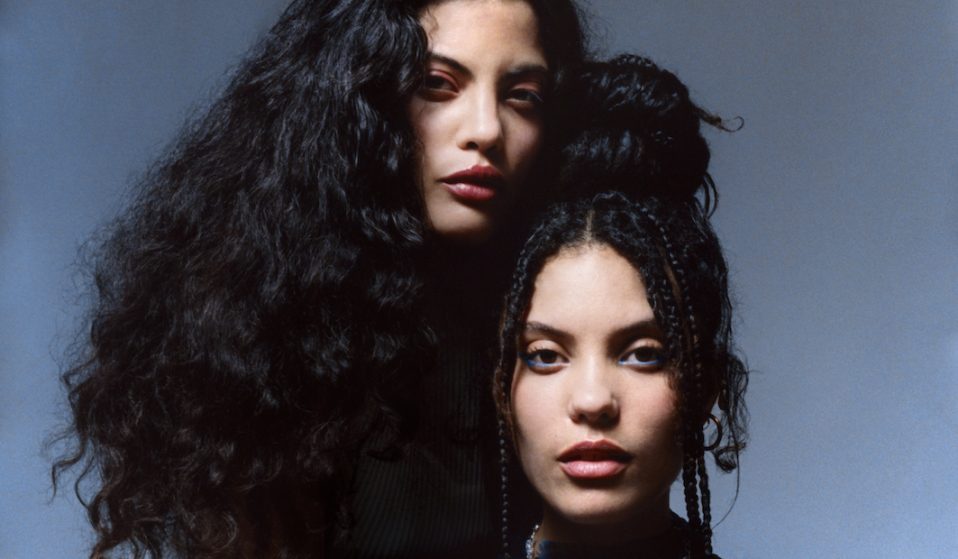 Following the release of their third album, the duo talk collaboration, family and connecting with the dead.

Following the release of their third album, the duo talk collaboration, family and connecting with the dead.

At the tender age of 27, fraternal twins Lisa-Kaindé and Naomi Díaz – better known as the neo-soul duo Ibeyi – have been exposed to more than their fair share of grief. Their father passed away when they were just aged 11, and their sister followed a few years later. Music has been a way to explore their pain and try to make sense of the unfathomable.

Released in early 2022, third-album Spell 31 marks a step forward. At only 26-minutes long, it’s certainly concise. It’s also a cohesive and captivating listen from the first note to the very last. Despite it being named after the corresponding spell found in the Book of the Dead (ancient Egypt’s sacred text aimed to assist the dying’s passage in the afterlife), Spell 31 is not as funereal as the derivation may suggest. Rather, it’s a life-affirming collection that showcases a group exploring new musical horizons without losing what makes them so special in the first place.

Speaking to the sisters, it clear that Lisa is very much the yin to Naomi’s yang. Lisa is the more talkative of the two, while Naomi is much more taciturn. “Ibeyi is the middle ground between our two worlds,” Naomi says. “We have so many cities, countries, cultures, beliefs, and religions in our family that we add it all together and it comes back how it comes back.” Lisa concurs: “It’s mixed, like we are.”

Born in 1994 in Paris, the Díaz twins spent their first two years in Havana. Their father, the virtuoso percussionist Anga Díaz, was a fixture on the music scene as a member of Chucho Valdés’s Afro-Cuban jazz outfit Irakere and, later, the hallowed Buena Vista Social Club ensemble. By the time Ibeyi set to work on their own music at 17, they were back in Paris, cutting their creative teeth there.

Even in their most embryonic form, their spectral, experimental R&B proved to be a hit among industry figures and those in the local live scene. By 18, they were signed to XL recordings. Label supremo Richard Russell took on production duties for their first album – a role that continues to this day – and also placed a call to Gorillaz and Blur mastermind Damon Albarn, who subsequently worked with the duo on their track ‘Top of the Mountain’. 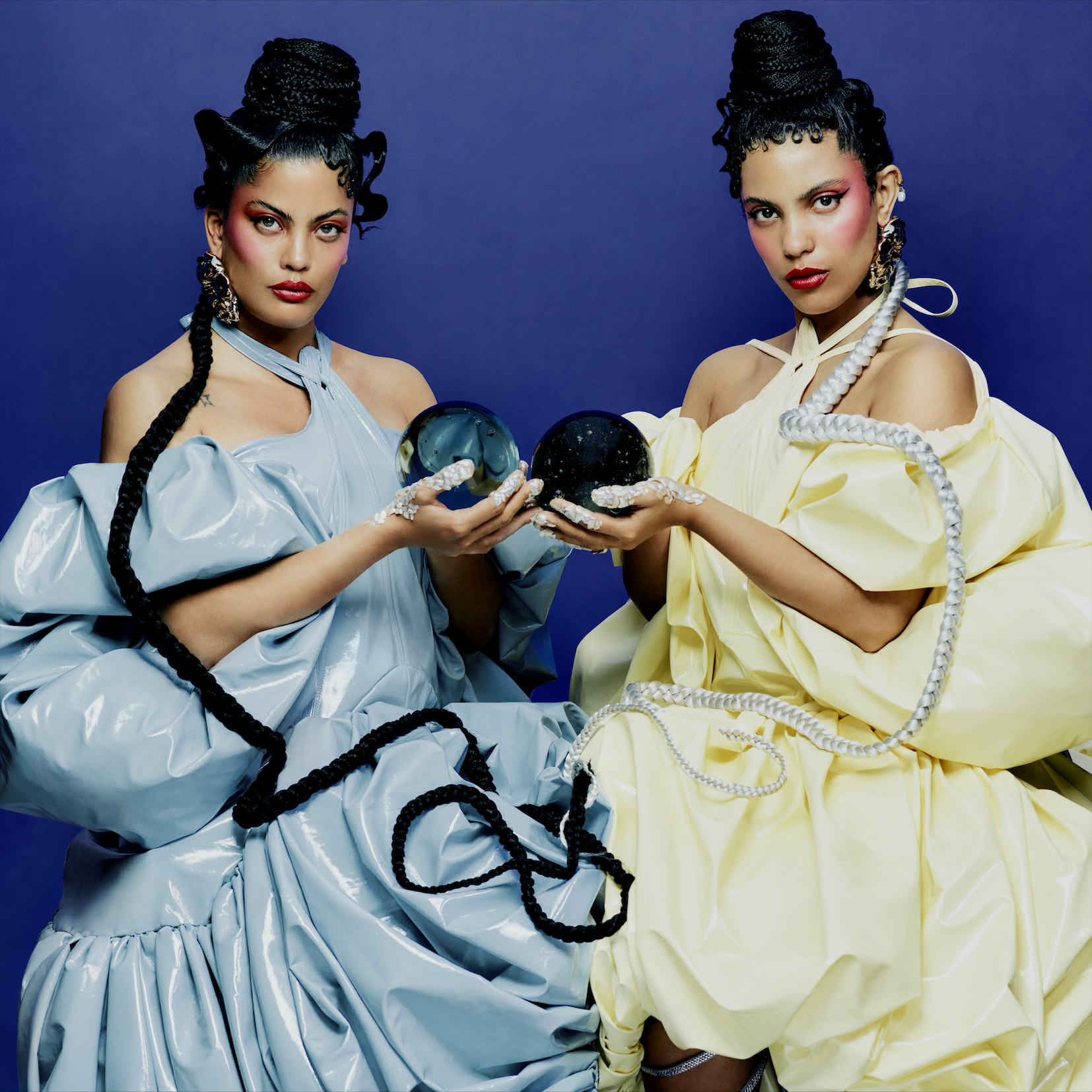 While the song may have only surfaced on the Japanese version of their debut, for the sisters, it opened the doors to the benefits of collaboration. Albarn left an impression, too (“Damon is Damon. He just comes in[to the studio] and puts himself into it. It’s genuine. I love him,” gushes Naomi). On Spell 31, they enlisted the services of Gambian-British rapper Pa Salieu, Jorja Smith, and BERWYN.

“We love collaborating,” affirms Naomi. “We’ve done a lot of stuff for other people, huge artists that we can’t talk about because they haven’t put it out yet. They ask for our voices a lot.” Both confirm that Kendrick Lamar tops their list of dream collaborators. “I think we are kindred spirits,” Lisa says. “But we’re open. I’ve always wanted to work with Jack White. I’d love to mix it up and see how we would make that work. And I love rock. Gorillaz would also be amazing.”

‘Sister 2 Sister’ is Spell 31’s centrepiece, an anthem to sisterhood, as expressed through lyrics like “Dancing in front of the mirror/Singing along with Shakira/Washing our souls in the river”. Lisa calls it their “declaration of love to each other,” she says. “It’s us promising to each other to keep going. And it’s us despite it all. Together. Singing together. Creating together. It’s a song we needed: a song for when we go through rough times that we get to sing, find comfort in, and find love in.”

The sisters will headline London’s KOKO on 14 November and are set to tour the US next year. In the meantime, a new single has arrived in the form of ‘Juice of Mandarins’, which Lisa says is about the “ecstasy of falling in love”. Although a leftover from the Spell 31 sessions, the soulful track is no rotten fruit (“We loved ‘Juice of Mandarins’, but it just didn’t quite fit,” admits Lisa). 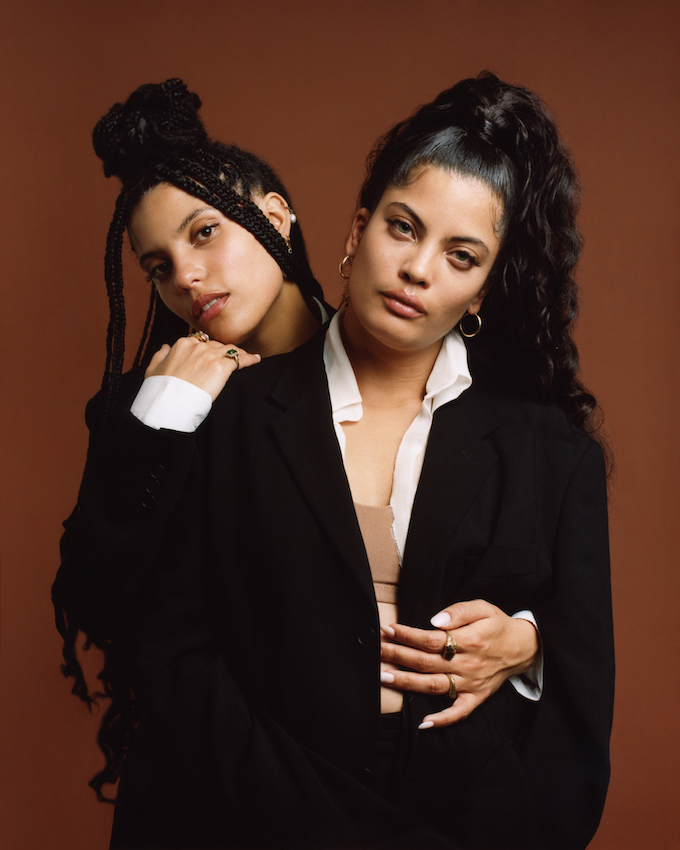 A recurring theme when people discuss Ibeyi’s music is that it is spiritual. While an existential thread runs through their lyrics, the twins say this is neither deliberate nor consciously planned: “Everybody talks to us about how spiritual our music is, but we don’t really think about it,” says Naomi. “We don’t really say like, ‘I’m spiritual’, or [for example,] ‘Hi, I’m Naomi and I’m a spiritual person’. That would be weird.”

When it is suggested that it may remain one of modern Western culture’s final taboos, Lisa nods in agreement. “I think it’s such a shame, because ultimately, everything ends with death also starts with that, because it’s not an end, it’s just a new beginning to somewhere,” Lisa says. “The more you talk about and accept [death], the less anxiety you have around it. You’re also more connected to the ones that are gone. And for us, it is important because we lost our dad when we were 11 and our sister really young too.”

She continues: “You continue living, but you miss them. And you start to realise somehow that they are present. You can connect with them. For some people, it would be placing flowers at their grave, for others it is cooking the plate they used to cook for them. For us, it is listening to our dad’s music or singing to or with him. You find ways to have them around you.”

Spell 31 is available on most major streaming platforms.

Linkedin
OTHER ARTICLES
Through stills, anecdotes and film criticism, a new book examines the portrayal of women’s destructive emotions, reframing it as a challenge to patriarchal structures.
Photographer Nico Froehlich’s series documents South London’s diverse communities, while also reflecting on their fragility amid rapid gentrification.
In North Carolina, people are living near to Duke Energy’s Belews Creek Steam Station, where toxins are pumped into the air, water, and soil.
Max Miechowski reflects on documenting land that is being lost to the sea – and the people who live life on the edge.
A new exhibition is marking the photographer’s 100th birthday with a look back at his extraordinary career.
Jack Lueders-Booth reflects on capturing the community that lived and worked along the city’s busiest railway route during the 1980s.