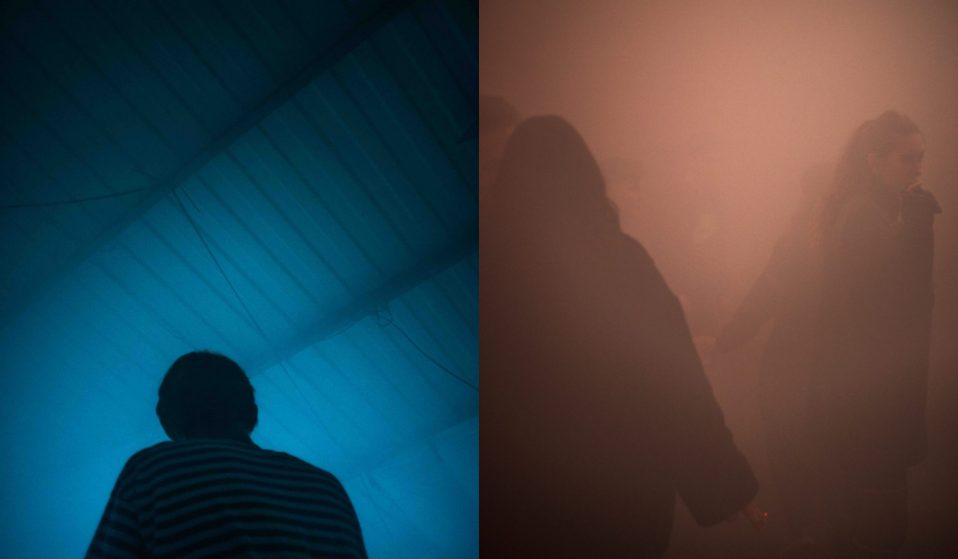 From funeral reenactments to mariachi bands: events like The White Hotel and Fat Out want to introduce more challenging, political and philosophical ways of partying.

From funeral reenactments to mariachi bands: events like The White Hotel and Fat Out want to introduce more challenging, political and philosophical ways of partying.

“My first instinct isn’t to create something not-for-profit, it’s to be involved in something that has genuine artistic integrity,” explains Austin Collings, a managing partner for burgeoning Salford club The White Hotel. “If that means you have to suffer financially for a period, then I’m used to that.”

Collings, who helped Manchester music radical Mark E. Smith pen his autobiography Renegade, seems to embody what makes The White Hotel such an anarchic presence in the city’s nightlife. A dark warehouse space in the shadow of what was once Strangeways prison, The White Hotel’s allure stems from its moody, illicit atmosphere. From its mysterious beginnings at a small studio space known only as ‘the Bunker’ (Collings describes it as “like performing in a cage”), The White Hotel emerged in the middle of the 2010s with a diverse and close-knit team all dedicated to curating avant-garde club nights and gigs.

Compounding this reputation are a number of controversial events held at the venue, most notoriously a full recreation of the funeral of Diana, Princess of Wales, with a mariachi band standing in for Elton John. Provocative events like this, nestled within a roster of electronic and experimental sounds, are the White Hotel’s way of subverting the traditional club night.

“[The people] take up the space that we have at the White Hotel, which I guess you could describe as bleak,” Collings says. “They bring the spirit, which is what you can do when it’s an old garage and there’s no pretence. It feels like we’re directing a film every week: they come in and we deal with them like Werner Herzog would deal with something.”

Collings captures this same atmosphere on The White Hotel’s homegrown record label – particularly the newly released Word Wall 2, the first record by the collective known as Bomb Sniffing Dogs, featuring what Collings calls the “Champions League” of regional talent, including ex-Fall keyboardist Elena Poulou and Wirral collective By The Sea. The record comprises a “twisted Radio 4 programme” featuring poetry from Collings and Poulou on the A-Side and, on the B-side, what Collings calls an “oddcast” that investigates the impact of the 2018 Saddleworth Moor fires on the outskirts of the city. 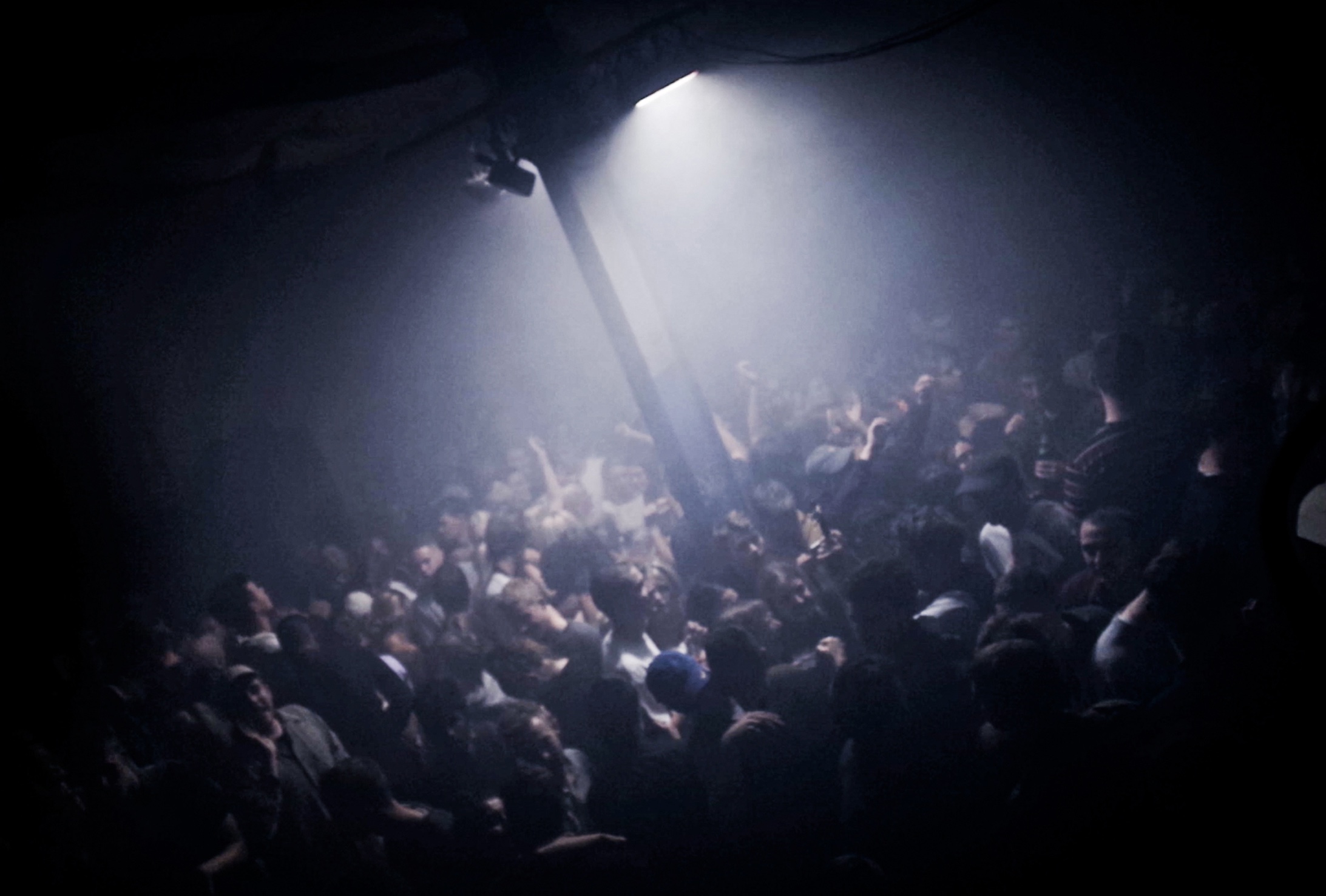 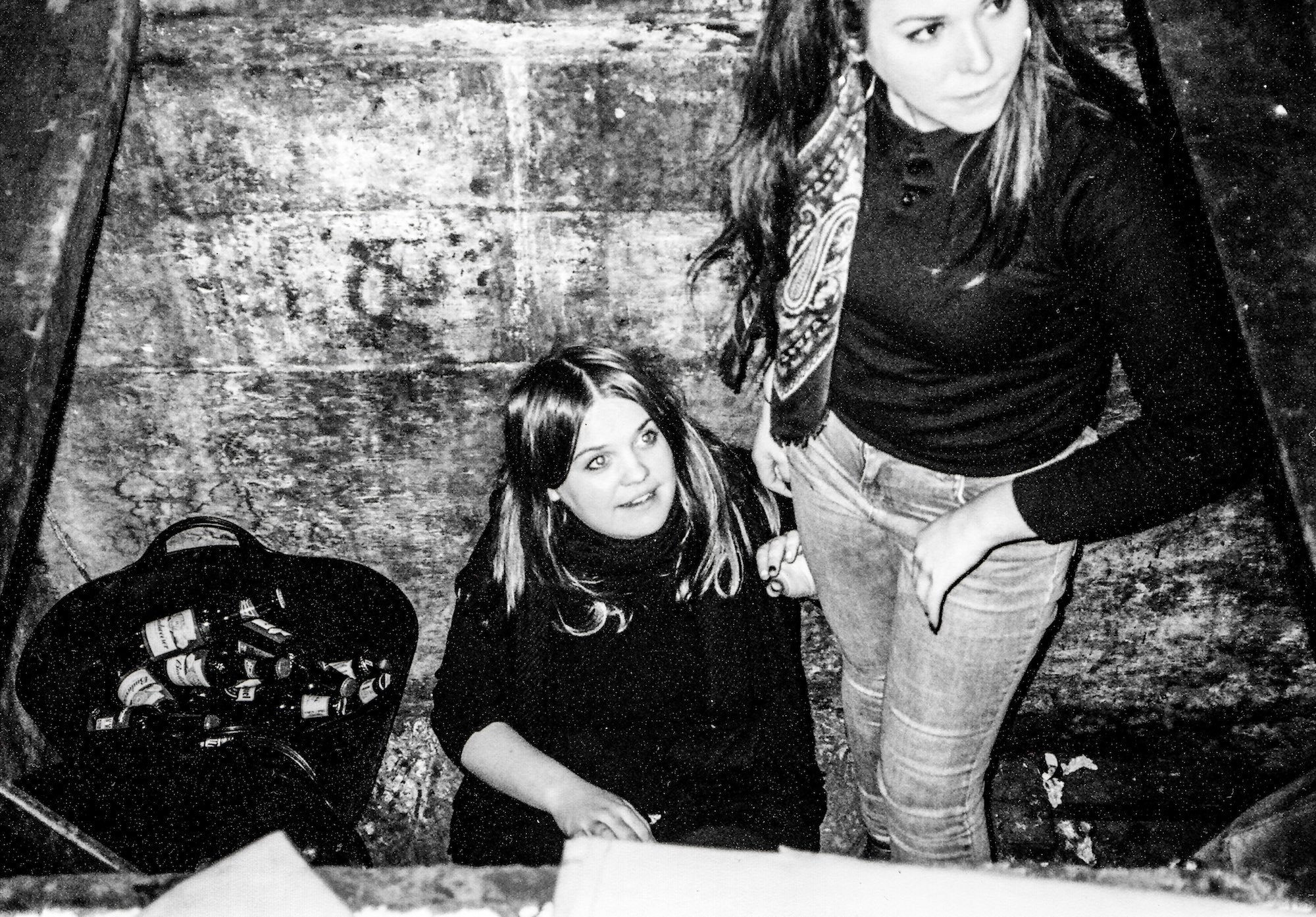 Developing a unique cultural space is a passion that Collings shares with Emma Thompson, a music promoter. After graduating from the University of Salford, she saw an opportunity to develop Fat Out: an experimental music collective throwing club nights at Salford’s Islington Mill, a former textile mill turned artist sanctuary. “You need that escape, you need to be with the people you feel comfortable with,” she says. “You need these places where weirdos can come together and share ideas.”

The parties that Fat Out throw are, in their own words, “rowdy, weird and obscure”, featuring artists from across the UK’s experimental touring circuit such as AJA and breakout dance music artist Beatrice Dillon. “I think that the New Weird Britain thing that The Quietus talk about a lot, or even the rise of a band like Idles, is because the audience for gigs and independent clubs – at least the lefties of us – are pissed off,” she says. “The UK has an amazing underground scene, especially now with how fucked-up the political environment is. There’s a lot of exciting work being made because people are extremely angry.”

Emma believes that curating club nights for the rowdy, weird and obscure can be a radical venture. “I’ve had some of my best ideas when I’m on the dancefloor, fucked, and just chatting to people,” she says. “So I think it’s important to have places like The White Hotel, The Peer Hat, and Partisan, where people aren’t driven by profit but for a vision, and they care about making sure that people have places to have club nights and live shows.”

These spaces provide outlets for experimental artists, where they can use the dancefloor to explore more challenging, complex and even philosophical ideas. For them, the emphasis is on ensuring that no two nights reach the same conclusion, and that audiences come away feeling inspired. “[The White Hotel] operates like a campus and a cabal at the same time,” adds Collings.

Like many independent venues throughout the UK, Fat Out has been faced with the issues that accompany the rapidly gentrifying cityscape: rampant development of ‘luxury’ apartment blocks, and the typical fight against noise complaints. “Part of our reason behind closing the venue [at Islington Mill] was due to ‘regeneration’,” says Emma. “It was really difficult to run a club in this area, because of all the development around it’.”

The White Hotel, based as it is on the edge of an industrial estate, has flown under the radar of the city’s gentrifiers. But even with the implementation of the Agent of Change law, small spaces throughout the UK still face an existential threat from the rising tide of private property development, and the experimentation that they incubate risks being lost. 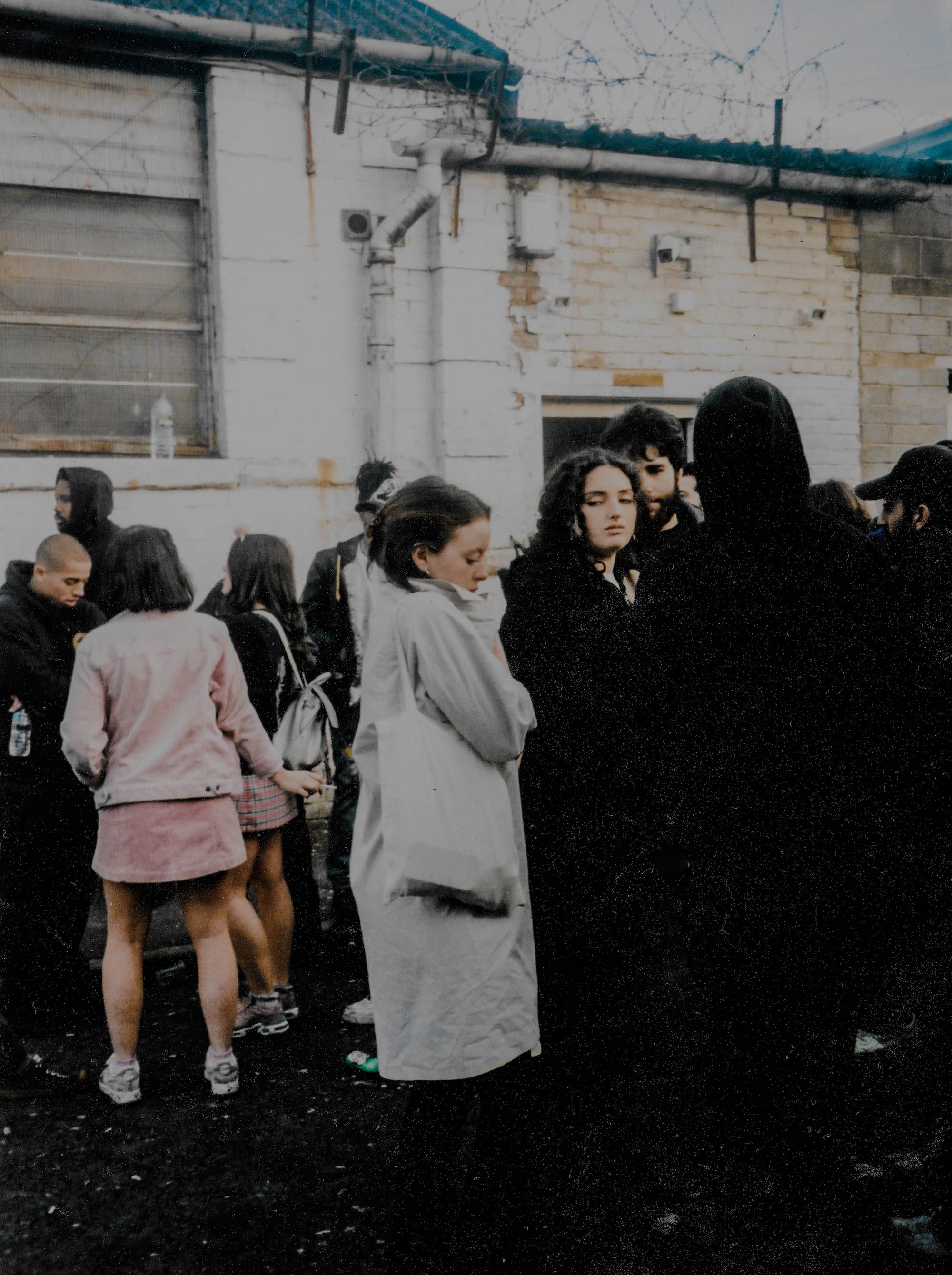 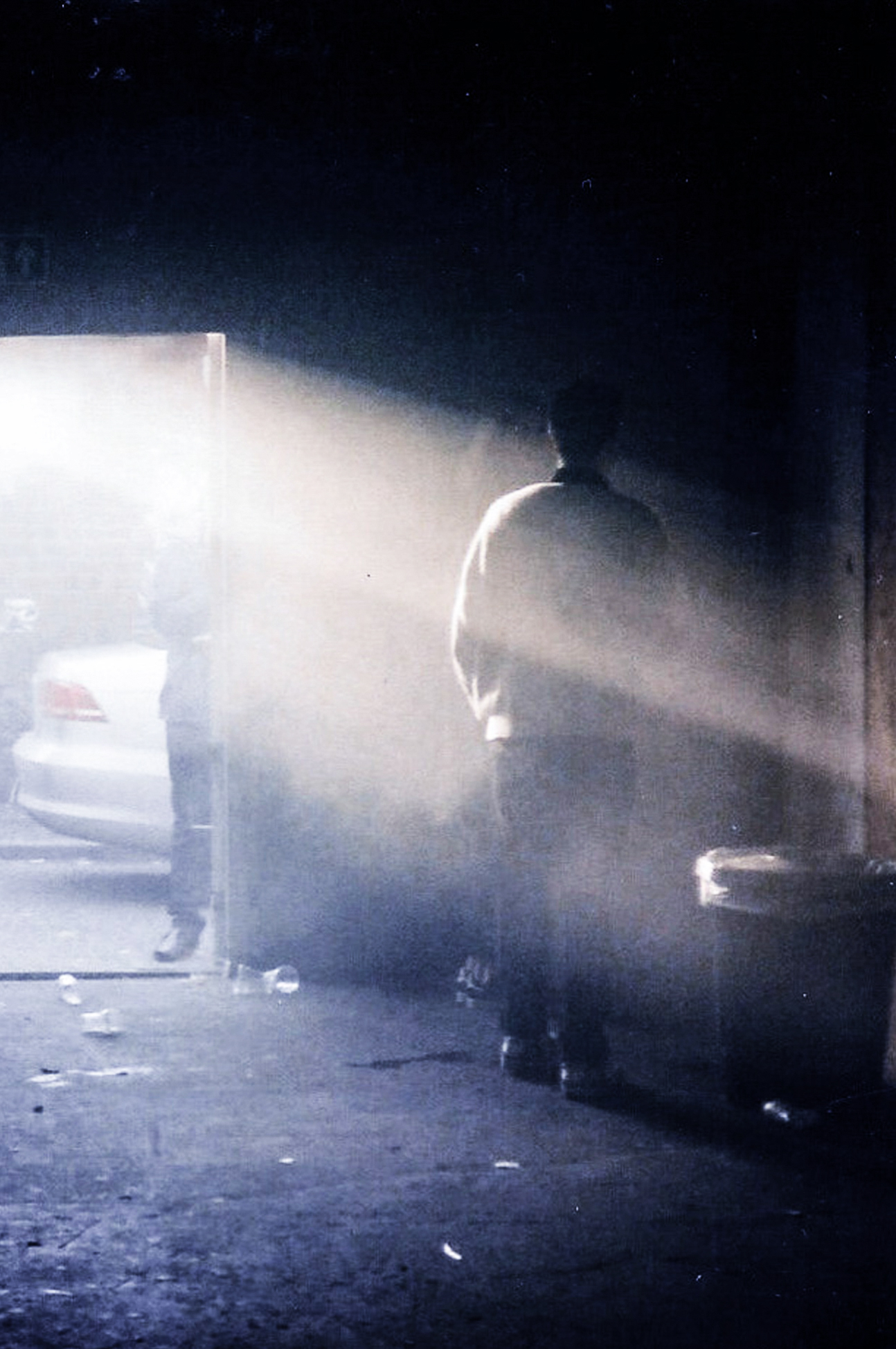 Linkedin
RELATED ARTICLES
OTHER ARTICLES
50 years since its inception, and the campaign calling for recognition that capitalism depends on domestic labour is as pertinent as ever.
Photographer Matthew Brookes recalls following a group of young people in Venice Beach living in search of the perfect wave.
For decades, an area of East London has served as a community hub for Vietnamese people looking for a taste of home.
Photographer Bruce Gilden discusses his series documenting the overlooked factory workers, labourers and other people residing on the margins of English society.
Photographer David Hoffman recalls documenting the extreme wealth inequality around Tower Hamlets and Hackney int the 1980s.
Freddie Miller’s new series of photographs investigates who today’s trainspotters are and what drives their unfettered enthusiasm.