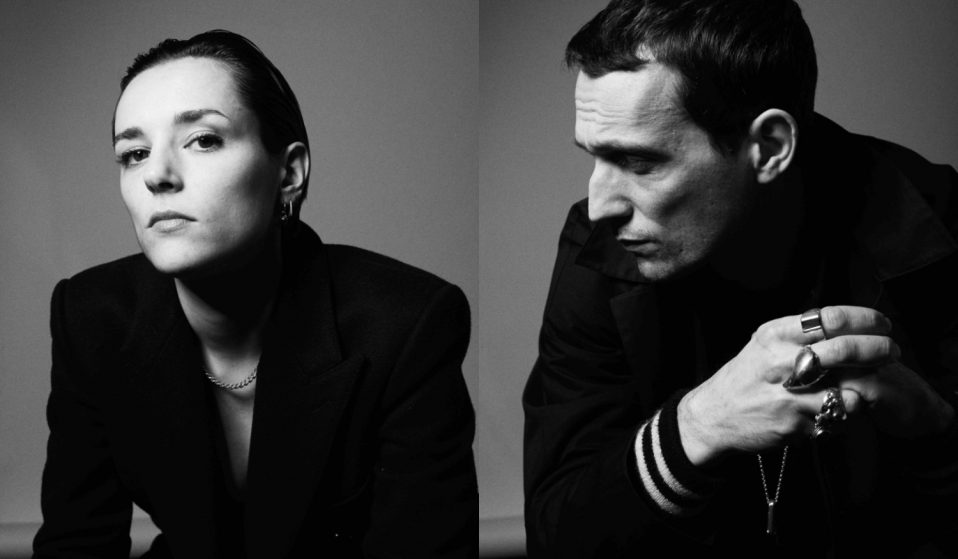 The new Chelsea Manning documentary, XY Chelsea, is a very 21st century kind of movie; a tender portrait of a famous trans woman and infamous whistleblower. But what makes the film unique is the fact director Tim Travers Hawkins was given access at a time of extraordinary change for Chelsea. She steps straight out of prison to become a poster child for modern activism, but at what price?

It’s this human aspect that attracted Savages’ Jehnny Beth and her longtime musical collaborator and partner Johnny Hostile to the project. Johnny and Jehnny – real names Nicolas Congé and Camille Berthomier – have been working together since 2006 when they moved from France to London, forming the duo John & Jehn. Since then, he has become an in-demand producer, while she went on to form the rock group Savages. The group, who have won widespread critical and commercial acclaim, are currently taking a break, meaning the pair jumped at the chance to compose the score for an entire picture (every frame of music is provided by them, aside from a photoshoot with Annie Leibovitz for Vogue which uses Savages’ “She Will” for the triumphant moment).

“The reason I liked the movie was because it was more about the human,” says Jehnny Beth. “That for me is the point where I thought: ‘oh, we can do the music for that’. It’s the emotional aspect that gives you something you can latch onto.” As for the soundtrack, the French pair beautifully capture the anxiety, loneliness and confusion as Chelsea attempts to make a new life for herself after leaving prison, while the drone sounds that evoke the Iraq War remind us that this is a conflict she may never get past.

Although we’re dealing with delicate issues in the movie with a strong political subplot, their take on it is surprisingly “apolitical” – to use Johnny Hostile’s word – when I visit them at their flat in Stoke Newington. Savages have garnered a reputation for taking themselves a little seriously in the past, rightly or wrongly, so I’m mildly apprehensive about the interview when I arrive on the doorstep. Jehnny Beth swings the door open with some vigour and is immediately relaxed and friendly, and once I’ve headed upstairs and taken my shoes off, both are genial and chatty.

What was the main thing that drew you to this project?

Jehnny Beth: For me, it’s about a human being. It’s not just the politics of it.

Johnny Hostile: That was very important. And it was an easy job, because it worked on an emotional level. It was like composing music with Chelsea being the lead singer. The emotion that the lead singer brings to your instrumental part, that’s what Chelsea represented for us. You want her to be in the front and show emotion, you’re just the backing band.

Did you have any contact with Chelsea at all?
JB: Not at all. We never met her. We didn’t really need to to make the music I don’t think.

JH: In the back of my mind I was wondering what she would think of the music. Because we connected strongly with her via the movie. We were living with her for a while, because we watched the images and the scenes on repeat.

There’s an anxiety in the music, and also the sense that terrible things happened to her that she would rather not acknowledge now…
JH: It’s pretty dark when you think about it.

JB: It captures what our epoch is about. The idea of this ongoing war. The enemies are everywhere and she’s never going to be free from that. It gives me chills down my spine thinking about that, of her constantly being an enemy of the state. It’s funny how we spend so many hours watching images of her and hearing her speak, and she’s still someone who is hard to grasp, and I like that. As our muse, because she was, it’s quite inspiring.

JH: I think we had the same tender thoughts about her that director Tim Travers Hawkins had. We bonded on that, because he really wanted to serve her human aspects.

JB: You look at her like you would a friend. You don’t agree with everything. Some things you don’t understand, but she’s a friend so you try to be there.

You also capture the loneliness of her situation, and being a whistleblower must be the loneliest scenario there is…
JB: You can see her struggling to get back to a normal life, and her wanting to forget about it all, but she’s constantly blown back to that memory. It’s like being trapped.

JH: We can’t even imagine the trauma. There’s the whistleblowing thing and then the trauma of being tortured by the army. 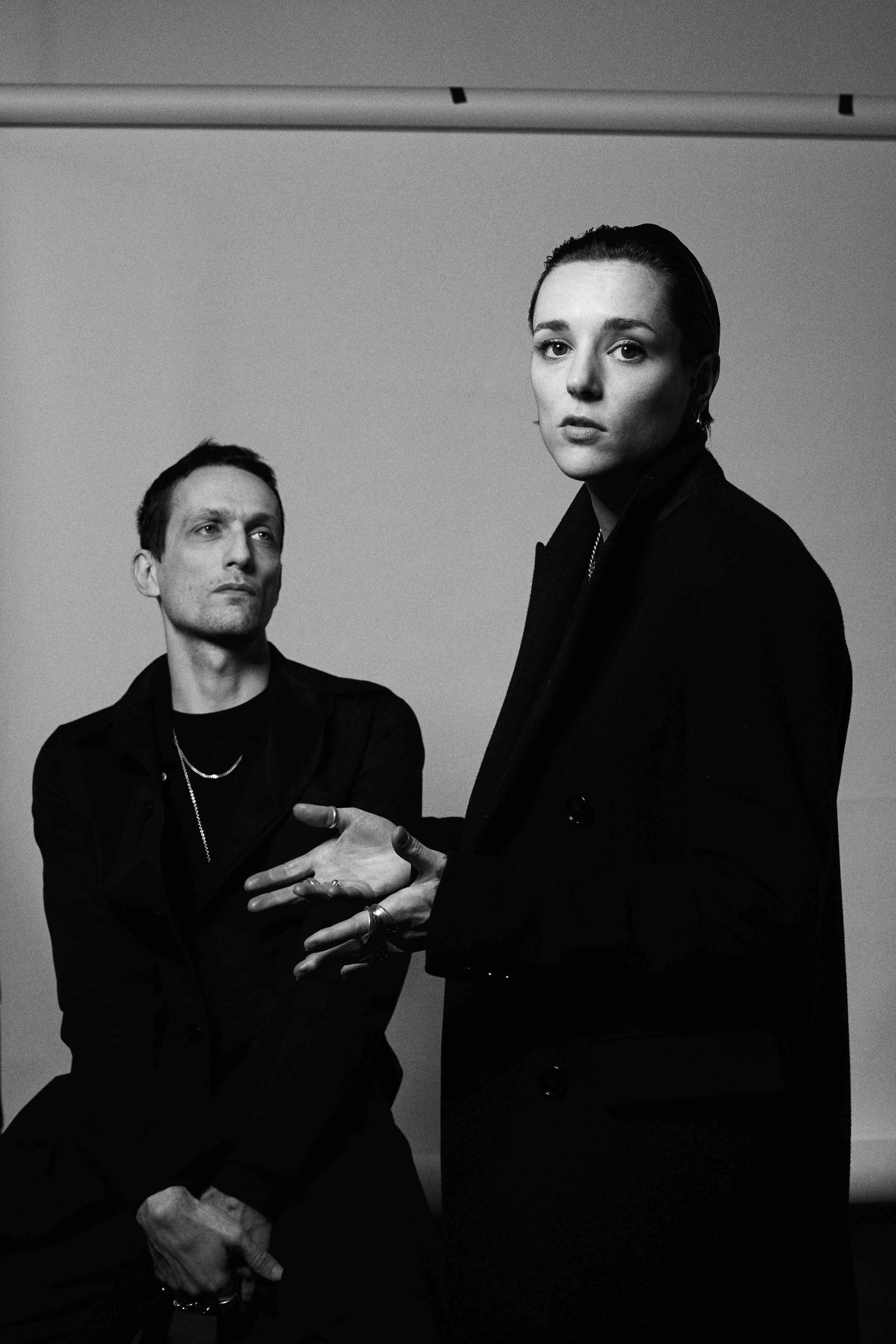 What are your feelings on Julian Assange?
JH: I dunno, Assange has this dark magnetism for drawing attention to himself, that’s why he’s not in the movie that much. Tim wanted to get away from him because when you start giving him the exposure, he sucks the attention out of the whole fucking room.

JB: And Tim wanted this film to be about Chelsea. It gives her room.

JH: He’s become this icon or myth. I don’t know who he is really.

You two have worked together for a long time. Do you work telepathically now?
JB: [Laughs] Not always! There are fights but they’re always good ones. We’ve been working together a long time, but we’ve also been very careful to change the way we work at key times when we need to. And we’ve not always worked in the same positions. We started out as a duo, then we worked as partners to run a record label [Pop Noire], we worked in Savages, him as a producer…

JH: We started as a duo and the idea was to be equal, but I was a bit of an arsehole always trying to dictate. And then I became a producer for other artists in France and she started Savages. Savages changed our dynamic completely. She changed the dynamic and I really love that, because it forced me to change as well. So I became the shadow person and it’s the best thing that happened to me to be honest. When I’m at the front I’m nervous and I don’t have the right attitude. I like to serve someone’s brio. For me, it’s a blessing.

JB: We force each other to evolve. It’s the only way it could work. I think it’s the best quality of Johnny Hostile as a man – because men are very rarely challenged to evolve or back down because of their pride and their masculinity. It’s good that we challenge each other in that way, and I often think I can soften that angle, and enhance that one. But it’s not easy. I didn’t plan to do Savages and change our dynamic, it just happened. So the work we do instinctively drives those things, and when it happens you have to think, ‘what does this mean?’ And if we want continuity in our relationship, we have to adapt.

XY Chelsea screens in select cinemas nationwide from 24th May.

Linkedin
RELATED ARTICLES
OTHER ARTICLES
With skyrocketing rents, packed out viewings, bidding wars and more, renting in London has never been harder.
Following the announcement of an 80% hike in the energy price cap from 1st October, crowds gathered outside the offices of energy regulator Ofgem to protest and declare their intention to undertake a payment strike.
As the Scottish government announces a rent freeze, an activist with Living Rent who fought and won shares how they did it, and what must come next.
In his 2008 series, the photographer pictured himself as Angela Davis, Martin Luther King Jr., Malcolm X, and other prominent figures.
By turning a real-life crisis into daytime television fodder, TV bosses have once again shown themselves to be completely out of touch with audiences.
Rogue landlords are exploiting young and inexperienced renters and leaving them in mental and financial turmoil, reports Niall Hignett.