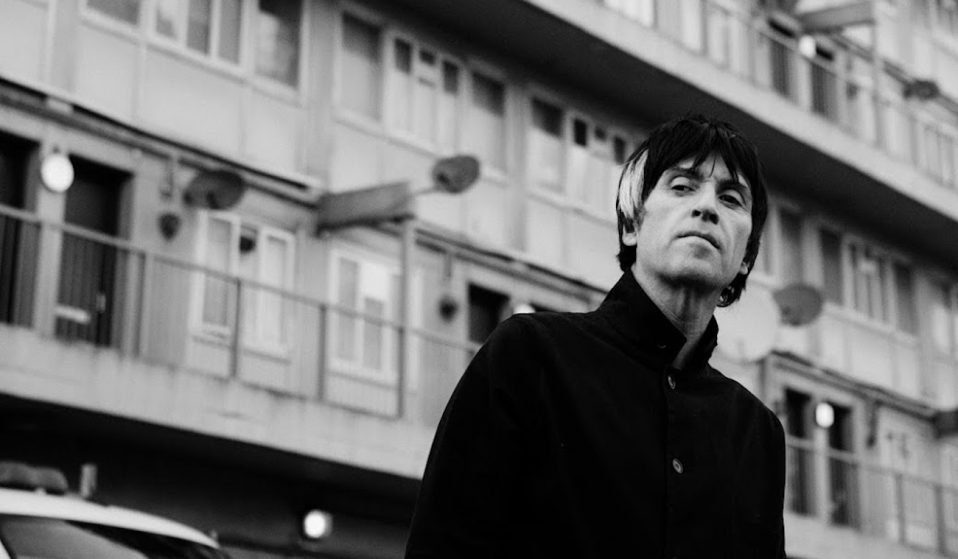 After nearly four decades in the business, the legendary guitarist is finally making his mark as a solo artist. He talks to Jeremy Allen about activism, the apocalypse, and why he feels more fearless than ever.

After nearly four decades in the business, the legendary guitarist is finally making his mark as a solo artist. He talks to Jeremy Allen about activism, the apocalypse, and why he feels more fearless than ever.

Johnny Marr needs no further introduction – he is Johnny Marr, after all. But a brief recap is certainly in order for a career that has taken so many extraordinary twists and turns.

The legendary guitarist-turned-singer has become an increasingly visible musical entity since he released his debut album The Messenger in 2013 under his own name. Three more have arrived since then, including last year’s very well-received Call The Comet. There’s been no let-up in productivity or quality either, with two brand new singles, “Armatopia” and “The Bright Parade”, and two huge homecoming shows at the Manchester Albert Hall this week.

Marr made his name as the inventive guitar maestro in The Smiths, forming a songwriting partnership with singer Morrissey that has been likened to the very best compositional duos in pop. The band dissolved acrimoniously in 1986, and in the 27 years between their demise and his solo career, Marr kept himself busy collaborating with the great and the good: normally as a sideman, stood at the back, drawing attention to himself only by his brilliance.

The many collaborations are too numerous to list in full, but it’s safe to say that even when not in the spotlight, Marr has never stopped working. He has recorded and toured with Talking Heads, The Pretenders and The The; written songs with Bryan Ferry; and played with Kirsty MacColl, Billy Bragg, and a pop duo, Electronic, with New Order’s Bernard Sumner. The 21st century brought a surprise move to Portland, Oregon in 2006 when he joined Modest Mouse. He followed that up with a stint in the Cribs between 2008 and 2011. There have been a plethora of collaborations along the way: Bert Jansch, Oasis, Pet Shop Boys, Placebo, the Orb, Death Cab For Cutie, Crowded House, Muse, Jane Birkin and so on and so on.

For all the cross musical pollination, Marr will forever be tied in the collective imagination to The Smiths – although Morrissey’s controversial championing of right-wing parties and his increasingly extremist, anti-Muslim views have caused consternation amongst fans of the group. Marr understandably doesn’t want to talk about his former friend today, though we do briefly touch on the group’s legacy.

It was a long time before your name stood alone on your records. Had you been a reluctant frontman up until recently?
There wasn’t any reluctance, otherwise, I wouldn’t have done it. I was compelled to do it, but I didn’t really know where it was going to go.

You appear to be busy and inspired at the moment, would you say that was the case?
I’ve felt really inspired. It’s the same musical obsession that made me move to Oregon and join Modest Mouse, and it was that obsession that made me travel around Europe in a little splitter van with the Cribs – I just have to follow what I think is the right thing to do at the time. I’ve felt inspired for quite a long time, now you’re asking.

You’ve played with great political bands like The The in the past, and your Call The Comet album is the most politically conscious thing you’ve done. Now your latest single, “Armatopia”, is about global warming. What’s the idea behind the song?
“Armatopia” is a cross between Armageddon and Utopia, and so I thought if I was going to write about ecology that I should marry it to music that isn’t overly earnest. It would have been the easiest thing in the world to write a song that sounds like someone sitting on a porch with an acoustic guitar with a mushroom cloud in the background. And with that came the question: are we partying to the end of the world and is that the appropriate response? I didn’t want to make any judgement, so it all came together as a classic case of sitting on the fence.

Do you feel – aside from looking 20 years younger than you are – vindicated in your decision to be a vegan given the environmental impact of factory farming?
It was actually quite an easy decision when I turned vegan. I’d been a vegetarian since 1983 and so it wasn’t too much of a sacrifice. I was in Portland in 2006 which is a particularly progressive place to be. To be fair it was really easy for me to do that in that city. And yeah, I’m a believer in the idea that maybe you can’t change the world, but you can change your corner of it. 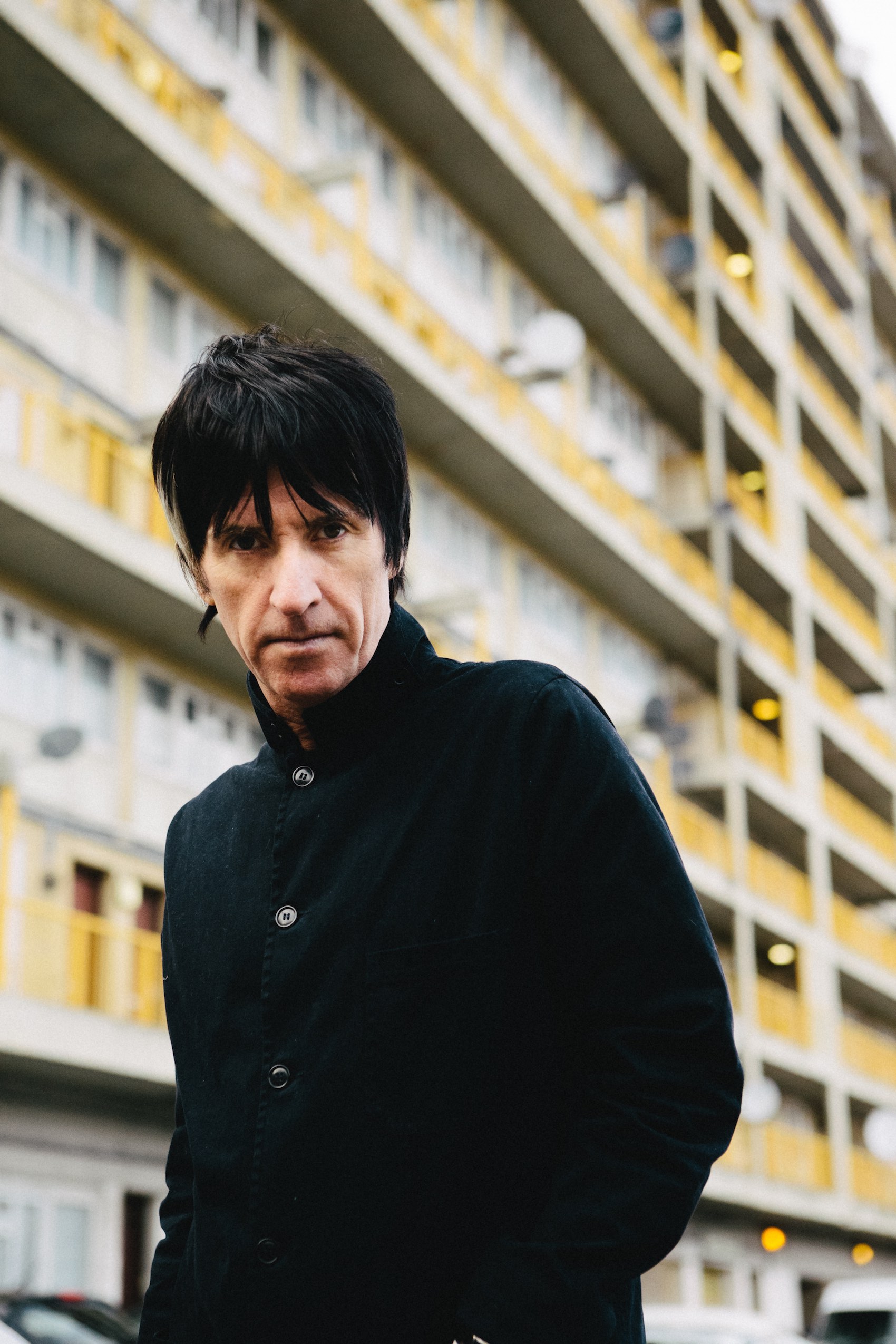 It’s good though that the narrative is moving away from the individual towards corporations, don’t you think?
I definitely give the generation between about 14 and 35 all the credit for that. We all benefit from it. The difference between that generation and my generation is that my generation was directly concerned with what was happening on the homefront: Thatcherism and national politics, the privatisation of industry and the threat to the health service, the mines closing and the unions being shut down and so on – and rightly so. 25 years later, the pressing concerns of more enlightened and socially conscious youngsters are more globally aware and to do with corporations and the environment. Without a doubt, the rapid developments in LBGTQ culture over the last seven or eight years or so have also been directly because of the younger generation. The older generation will concur, of course, but we didn’t do it. It was because of the concerns and awareness of the younger generation so that gives me a lot of hope.

The guitar has gone slightly out of fashion, and it was out of fashion when you started in the ’80s. Are there any similarities to be drawn between that era and now?
I guess so. I was asked if I felt guitar music was over or irrelevant when Soft Cell and Blancmange were riding high in the charts, so I’ve been answering that question for [nearly 40] years. However, to be honest, four or five years ago there were fewer guitars at festivals I was playing, but now there are bands like Idles and Fontaines D.C. and She Drew The Gun. I’ve always instinctively felt that there’s a thing guitars do, that guitar groups do, that will never be replaced. Ever since I was a little child I’ve had an almost mystical appreciation of what a guitar is, whether it’s listening to Django Reinhardt or treating it like an electronic pop machine. I’ll always consider the guitar as a really special part of life, and not just because of what it’s done for my life.

I know you would prefer not to talk about a certain person and I would prefer not to too. I’m just wondering, are you concerned that your musical legacy is being chipped away at?
Honestly? I’m not concerned, is the answer. I’m just not. I’m concerned about so many other things in my day and in the living of my life, you know, that that just isn’t one of my concerns. I go out and play Smiths songs and a lot of people really like it, so that’s my experience and [the experience of] everyone who comes to see me.

When I hear a song like “Hi Hello” from Call the Comet, it sounds so much like your former band that I expect to hear another voice arrive, and then yours comes in and I’m relieved…[Laughs] Yeah, well I’m glad you feel that way. I feel that way too!

Linkedin
RELATED ARTICLES
OTHER ARTICLES
While the Colston 4 verdict is worth celebrating, it‘s debatable whether the law would’ve had such empathy for Black people in the same position.
From Brooklyn gang members, to Welsh miners and the residents of East Harlem, Bruce Davidson used his camera to shine a light on the most marginalised.
The rapper talks injecting humour and fun into his sound and challenging drill stereotypes.
As the pandemic forces droves more people into hardship, landlords and letting agents are capitalising on our worsening housing emergency.
Mike Smith’s intimate photos offer a detailed record of the inhabitants of Boston’s streets in his characteristic non-judgmental yet direct approach.
Ahead of the policing bill reaching its final stages in the Lords, protestors came together to rally against the legislation.