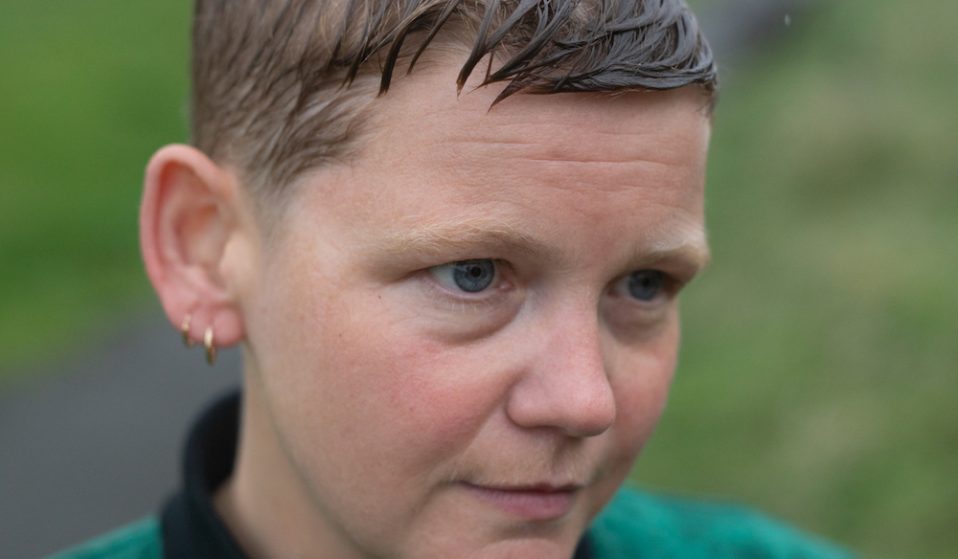 Ahead of the release of their new album, the author, poet and recording artist discusses their intense writing process, and living up to self-expectations.

Ahead of the release of their new album, the author, poet and recording artist discusses their intense writing process, and living up to self-expectations.

Few British artists of their generation have straddled as many worlds with the same success as Kae Tempest. Whether spoken word or music, poetry or novel, theatre or non-fiction, the end result has tended to be the same: acclaim, awards and respect. Their fourth studio album, The Line is a Curve – a deeply felt and profoundly moving ode to human compassion and resilience – is sure to be no different.

It is Tempest’s first musical release since coming out as non-binary in 2020, something they say has led them to feel more grounded as an artist and more willing to personally welcome audiences into their work. That warmth is felt throughout the record, their most collaborative effort to date, featuring contributions from Lianne La Havas, Kevin Abstract from Brockhampton and Grian Chatten from Fontaines D.C., among others.

Huck caught up with Tempest to talk about their writing process, living up to ideals, and unwinding to MasterChef.

Do you think about what listeners will make of your music when you’re writing, or is that something you can’t let interfere with the process?

No, I don’t think about it. When it’s time to tour it, then I’m really doing it for whoever’s in the room, it’s very important to me that whoever’s there will have a huge impact on how the lyrics sound, how the night goes. I have this feeling that whatever people bring into the room with them, the day they’ve had, the week they’ve had, it’s all there and we can all feel it.

But in the process of writing, I get so deep into the idea, it’s just me, Dan Carey [producer for Squid, black midi, Fontaines D.C. and founder of the Speedy Wunderground label] and the idea, and the whole world disappears. It’s like being in a dream or something, it’s amazing.

Do the words and music come together at the same time when you and Dan are in the room together?

Yeah, for the most part we get together, we have nothing and we start. We will talk about an idea, maybe I’ll give him some steers on feeling or instrumentation, or maybe he’ll have just got a new synth or something, and he’ll start playing or I’ll start writing, and then I’ll read to him what I’ve written and that will inform where he goes musically. We have this whole system of communication that is non-verbal, really. I can write all day when I’m with Dan in the studio, from the minute I get there to the minute I leave. I don’t really write like that when I’m on my own at home, it’s a more arduous task. I do lots more looking out the window.

It’s such an intense writing process by the sound of it. Do you ever listen back to what you write and realise that you’ve articulated an idea that you had never put together before?

Often, I will go to places in my writing that I don’t have access to in my daily life. It’s funny, I had a really good mate come to a gig we did the other day, it was the first play-through of the album, and he’s known me since I was twelve years old and he was like, ‘You tell all these people all this stuff, but you haven’t told me. We haven’t sat down and talked about any of this shit, but you get up there and you do it to everyone.’ It’s mad, it’s a different me. When I’m sitting around with my pals, I’m not summoning from my depths like that, it’s just life as normal. But I have this other place I can go to where I can let all of my feelings out.

Can you imagine if you didn’t have that outlet, what would that look like?

No, I can’t. There are times when I’m less able to write, sometimes I forget that I need to write every day. It’s a feeling of suffocation, a real claustrophobia feeling, I get really tense. It’s a practice of care, as well, because I enjoy it. To write 24 bars of rhyming verse, it’s just fucking fun, so when I’m not doing it, I’m less happy. But then I get knackered out sometimes too and I just want to watch MasterChef. 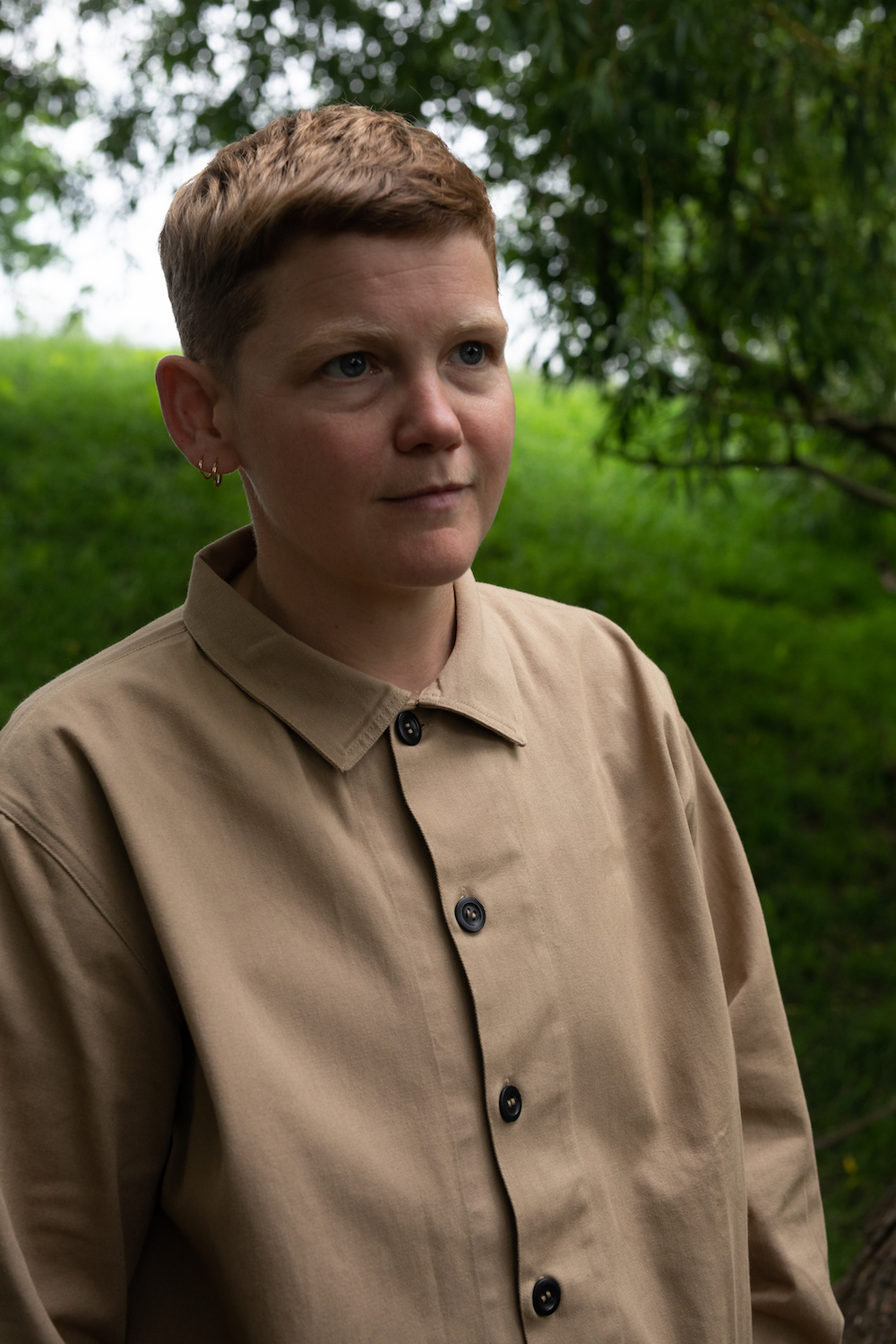 A lot of your songs are about human virtues that are not that often celebrated in pop music: resilience, compassion, tolerance. And you write about them in a way that points out that they’re not always easy traits to uphold. Why is it sometimes hard to embody these things in everyday life?

The actual process of living right and being in tune with your greatest ideals is hard work. It’s been written about since the dawn of the printed press at least, these themes come up again and again and again. The story at the root of our civilisation here, the Bible, is what it’s all about: can I live in keeping with the ideals?

Whether these are ideals that you’ve received from a higher power or they’re just ideals that you want to have for yourself, the application of ideal is just the hardest fucking thing. The whole album is embodying this: you may well get to the point where you have this epiphany – great, you suddenly get it, let me be love, let me be loving – but then you wake up in the morning and you’ve got to start all over again. That’s why the line is a curve, because unfortunately, it’s not enough to know what’s right, you’ve got to do what’s right, and that’s the hard thing. It’s a journey. 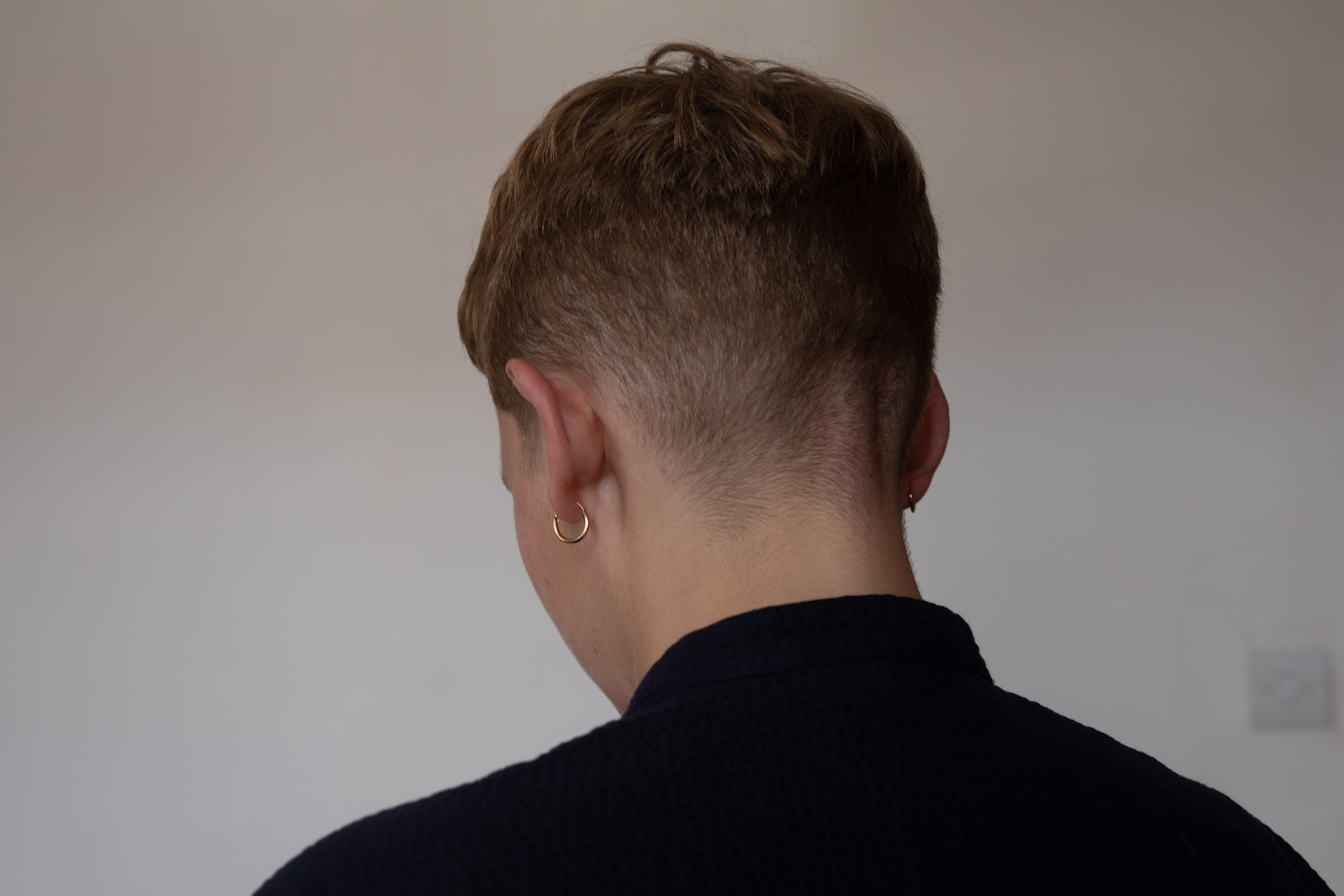 You decided to do three takes of the whole album in the studio on the same day, each one with a different audience – one with somebody from the generation above you, one with someone your own age and one with three young teenagers. What was the thinking there?

I just wanted to know how it would affect the performance. Would we get a deeper truth, what would happen? The take that we used was the one to my generation, who happened to be a friend of mine, a poet called Bridget Minamore. Maybe it’s because I knew her, maybe it’s because it was the second one of the day, maybe it’s because she’s my generation, maybe there’s just more cultural commonality between us, because she’s from South London, but something about doing it to her made the vocal live. The one to the generation above – it was to a 78-year-old man – it was so deep, but I was a little bit tentative because I was trying to be respectful of him or there was an element of deference because he was older, and it made the lyrics less dynamic. And to the young people – they were 12, 15 and 16 – I think I was trying to take care of them and I was a bit scared that they weren’t ok, so again the vocal had this hesitant quality to it.

I know a lot of people use your music as a place to turn to when the world feels heavy. What do you turn to?

I turn to music, books, poems. I love music because if I’m tired and my brain is fried and I don’t have the energy to sit with a text, music is just a total balm. You don’t have to clear your mind, it clears your mind. What I look for is what I take to be a truthful performance, so I love to listen to people singing, I love country music, old soul music. I like the performance of truth, I like to feel like somebody is really there. And I love rap music, I love lyricism and dexterity and the quality of flow, it just excites me. I’ve been listening to JID from Atlanta and a lot of Brazilian music, this guy called Caetano Veloso, and also a bit of Harry Belafonte. I have to feel like it’s coming from a real place, I can’t put it any better than that. Great music, you can’t cheat it.

Linkedin
RELATED ARTICLES
OTHER ARTICLES
In our first OFFF Dispatch piece, the Arce Studio founder shares her tips on standing out from the crowd.
From the Yakuza to a biker gang, Bruce Gilden recounts capturing Tokyo and Osaka in the ‘90s.
While protests over abortion rights rage in the US, access to abortion services is still almost nonexistent in parts of the UK.
Over the weekend, London locals came together to resist a pre-planned police raid targeting delivery drivers.
After news broke last week around an expected reversal of the 1973 landmark law that made abortion legal in the US, protestors gathered in the UK in support of American women.
The situation in Afghanistan remains dire, with many groups facing persecution at the hands of the Taliban.