Art & Culture / Music / A trip down memory lane with Kano, progenitor of a distinctly London sound 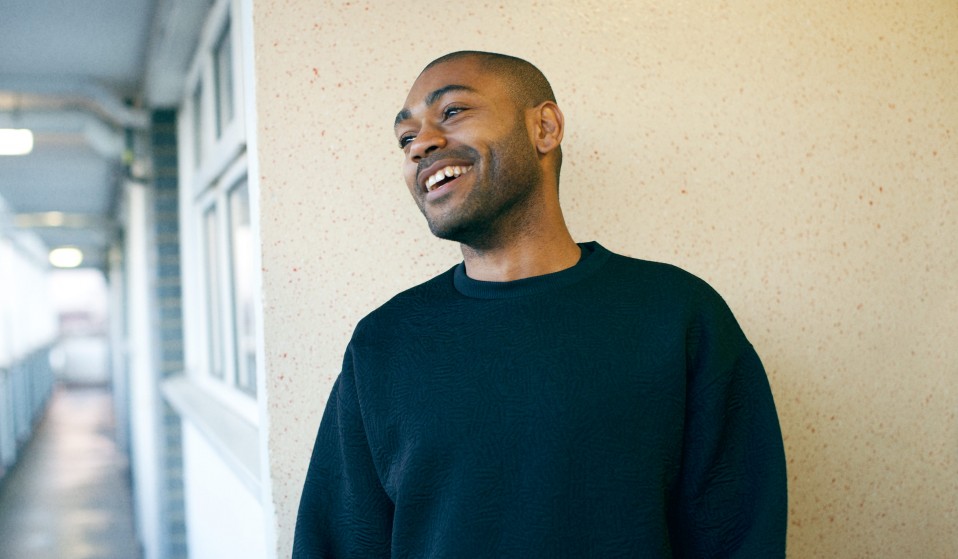 He made a name for himself in East London’s grime community, but Kano carved out a long career by refusing to be defined by any genre.

He made a name for himself in East London’s grime community, but Kano carved out a long career by refusing
to be defined by any genre.

Nothing about Kano’s rise through the ranks of British music has been predictable. Ever since he found a voice in early-noughties East London – where a new underground sound (that would later be called grime) was percolating through the streets via rap battles, homemade mixtapes, and illegal raves – he’s charted an unexpected course through fifteen years of provocative music-making. There were no templates in Kano’s world for the life he chose. So the multi-disciplinary rapper just made it up as he went along.

His new album Made in the Manor is his first in six years and with the Drakes and Kanyes of the world clucking excitedly around the ‘grime revival’, anticipation is high. Not bad for a kid from East Ham who learnt to spit in his brother’s bedroom. Back then, a song in the charts, let alone a full-time life as a recording artist, seemed unfathomable. “I always believed in my ability and my talent but I never believed it could be like a thing. Get paid for it, get a job. Make an album that’s gonna come out in HMV,” says Kano. “And it weren’t till like Dizzee [Rascal] done it, but then still you’re like, ‘That’s just a one off.’…  You always have those doubts. People look at me and say, ‘You’re doing this and you’re doing that,’ but it ain’t until they say it that I believe it. In my head it’s not enough. Because it’s nothing close to what I dream of doing… Dr Dre probably still says the same thing.”

Today, in early January, we’re sat in a makeshift Hackney studio where Kane ‘Kano’ Robinson is currently adding finishing touches to the new record. The pre-order, with a finished track listing, is meant to be out in three days but Kano tells me they recorded a brand new song as late as last night. “I’ll have to buy the album to listen to it,” he jokes. But his fans will appreciate the spontaneity. They’ve been along for the ride from day one; ever since he teamed up with his heroes, like D Double E, to form N.A.S.T.Y crew, progenitors of a distinctly London genre; ever since he challenged the inimitable Wiley at Lord of the Mics in 2004 and showcased grime – quick spitting, clever lyrics, a UK accent, 140 beats per minute – to the unsuspecting world. 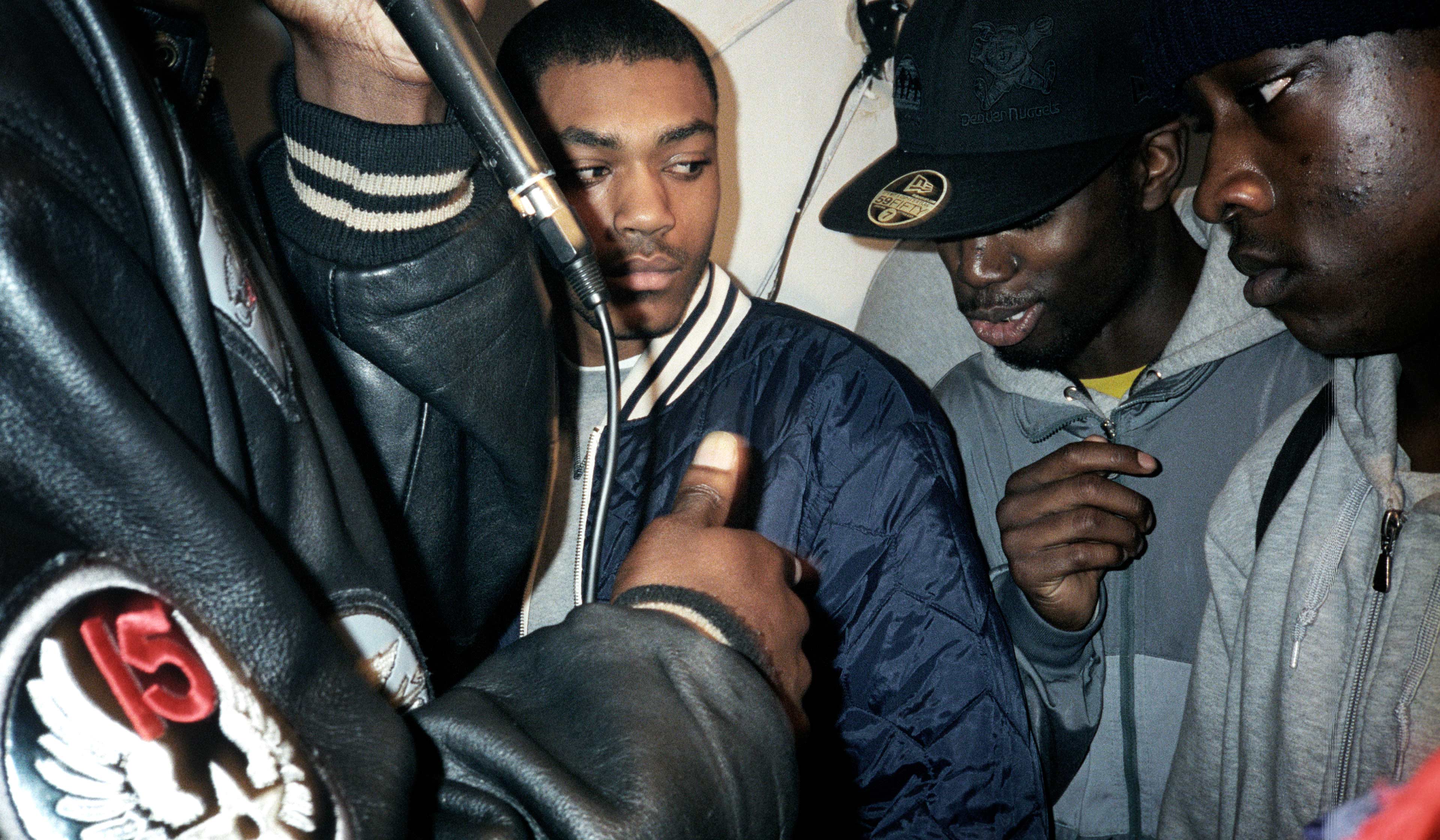 And the fans were there before the press caught up; in 2010, infamously, The Sunday Times dismissed Kano as “foul mouthed” in response to a song he released that actually encouraged young people to embark on college diplomas. Kano remained dignified and relied on his expert lyricism to disprove the point.

Anti anything, anti me…” – ‘Bassment’

Always one step ahead of the industry that purports to support him, Kano has learnt to seek approval from other sources. “Success is just like playing a tune to my cousin and him liking it,” he laughs. “That is a win for me… I want to make music that is important to other people. That means something to me, and therefore will hopefully mean something to them.”

Kano has never even let grime define him as an artist, making music that transgressed genres and expectations, and collaborating with eclectics including Damon Albarn, Mike Skinner, Craig David and Vybz Kartel. The purist community may fill entire forums on who’s the realest in the subculture, but that was never really a conversation that interested Kano, who released a track, ‘Is This Grimey Enough?’ to that effect. “I feel it’s almost like Afrika Bambaataa telling Nas he’s not hip hop, because he changed it a bit. Come on man,” says Kano. “As long as it’s truthful, comes from the heart, and it’s a tune, I don’t care… I don’t want to be so different to the point that I alienate anyone or am just being different for different’s sake. But I like to push myself and see what comes out. Being true to my roots is very important to me as well.”

For Made in the Manor Kano is harking back a little, embracing a hands-on approach with low-budget, self-directed videos for tracks like ‘New Banger’ and ‘3 Wheel-Ups’ that cut to the heart of what he and his music is about. “One of my favourite videos recently is ‘That’s Not Me’,” says Kano, paying respect to Skepta’s £80 masterpiece. “No budget at all, but there was a good idea behind it. And that just forces you to be better. Got no money? Get a better idea then!”

These are skills that Kano honed in the early days. “When I wanted to make a song I had to go to the pressing plant, press a dub, give it to a couple DJs, then take it to the shop. We had to literally put the white labels in the car and drive them around. But you learn so much doing it that way. And there is a sense of culture that way. Because we met people over the counter of the record shop. We met people while we was listening to records to buy. While I’m buying [Skepta’s] ‘Meridian Walk’ someone else is in there telling me about this other tune. You see flyers in the record shop and you go to that rave and you meet people…  I think because it was so physical, a work ethic was instilled in people.”

It’s that attitude, and passion for doing things in his own vision, that keeps bringing Kano back to his first love, music – despite digressions into other things like acting as part of the hugely successful British TV drama Top Boy. “It’s exciting. It’s creative,” says Kano, hopping off the sofa to get back in the booth. “I feel like I’m back out here now. I’m back and, listening to what I’ve got, I’m gonna be back for a little while.”

Made in the Manor is out March 4 on Parlophone.

This article originally appeared in Huck Issue 54 – The Defiance Issue. Grab a copy in the Huck Shop or subscribe today to make sure you don’t miss another issue.

Linkedin
RELATED ARTICLES
OTHER ARTICLES
A new edition of a seminal book brings together iconic images of the band onstage in their full glory and backstage in moments of unguarded camaraderie.
Over the years, a swimming hole in a city park has evolved into a magnetic meeting place for Philadelphians – a hideaway where people can connect with the natural landscape, and each other.
The author discusses the all-consuming nature of heartbreak, and turning the experience into an incisive exploration of love and loss.
Whether it's partygate, the climate crisis or the spiralling cost of living, the fightback begins on the picket lines writes Tommy Vickerstaff
On the fifth anniversary of the tower fire, around 18,000 joined the walk to remember the 72 dead and to demand justice.
In the latest instalment of Photographers in Conversation, the chronicler of raves, protests and beyond explains why he’s drawn to such specifically visceral environments.