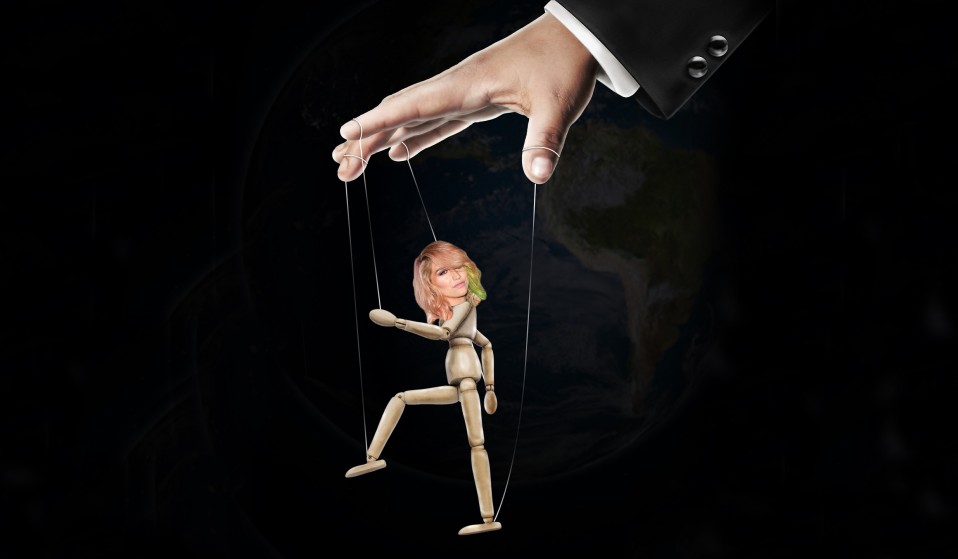 Kesha's lawsuit could potentially be the sort of scandal that radically alters an industry rotten to its core.

Pop star Kesha is trapped in a record contract with the man she alleges abused her, but it could potentially be the sort of scandal that radically alters an industry rotten at its core.

In the ongoing legal battle between pop star Kesha and record producer Dr. Luke, much of the sparked debate has involved a necessary dissection of the politics of the situation. When a New York court on February 19 refused to release Kesha from a recording contract with the man she alleges sexually abused her, it created a wave of online and industry support for the singer, with #FreeKesha trending across social media. But it’s also brought to wider attention the inner machinations of the recording industry, where bottom-lines and red tape seemingly trump allegations of rape and abuse, and contracts are near-impossible to break.

For many artists within the industry, it should come as no surprise. Tales of terrible record deals and labels essentially holding their artists hostage via legal strongholds are as old as time. While Kesha’s lawsuit is dominated by accusations of years of sexual abuse, Sony’s eagerness to keep her on their books is just another example of the draconian morals of those at the very top of the major record label industry.

There have always been occasional superstars to create public spectacles out of their battles with record execs, but it’s only been in the advent of streaming that the situation has hit its peak. MIA, Angel Haze, Wiley, Azealia Banks, Childish Gambino, Sky Ferreira, and Amanda Palmer are just some of the big names to have publicly called out or quit their labels in recent years due to some of the more baffling, damaging or exploitative fine print that threatens their creative output.

Despite Sony Music’s insistence that Kesha is free to work on new music independent from Dr. Luke, she remains signed to his Sony imprint, Kemosabe Records, meaning he will still take home profits from any new material she could release under his banner. This slightly baffling scenario is the result of a traditional industry contract signed by Kesha in 2009, worth a total of seven albums. So far only one has been released on the Kemosabe label, meaning Kesha is legally bound to record six more albums for her alleged abuser.

Kesha’s lawyers had expressed the concern that Sony would fail to promote the six albums to the best of their ability, something Supreme Court Justice Shirley Kornreich dismissed as unlikely. But it’s not an entirely baseless suspicion. George Michael sued Sony Music in 1992 for many of the same reasons, believing his label had deliberately sabotaged promotion for his new music. Suspecting they were unhappy with his request to no longer be promoted as a Wham!-era sex symbol, Michael believed Sony were attempting to derail his career.

In his lawsuit, he compared his contractual relationship with the label to “professional slavery.” Michael, according to contract, was legally bound to record a set number of albums for Sony, yet they had no such legal requirements to provide sufficient promotion for all of them. He was also legally unable to pursue representation by other labels.

It’s this sort of relationship that leads artists to feel as if they are effectively being held hostage by their management – legally contracted to deliver albums, yet unable to force their label to either release or promote them. The teen pop singer JoJo, who had a worldwide hit with Leave (Get Out) in 2004, subsequently fell off the radar as a result of bad management. Despite recording three albums worth of subsequently unreleased material, her management at Blackground Records repeatedly refused to take her calls and left her career an endless cycle of stalled release dates. It was only in 2013, seven years after the release of her last album, that she was released from her label. And that was only because Blackground’s contract with her was on the cusp of breaking child labor laws.

Before the dawns of Napster and iTunes and Spotify, during a time when people actually purchased music, the terms of a musician’s contract with a record label usually came down to percentages of profits. And because the music industry was at an all-time high, particularly between the period of 1987 and 1996, both artists and labels generally made a lot of money from the sale of CDs.

But due to the rise in streaming and decline in actual sales, major record labels are seeking new ways to monetise their talent, largely draining the profits from the actual artists themselves to fill their own pockets. Today, that often results in signing new artists to’360 Deals‘, which give them a percentage of the profits from every endeavour the artist embarks on. Whether it’s related to music or not.

They aren’t just for newbies, either. Both Jay-Z and Madonna are among the acts to have signed 360 Deals in recent years – in part to finance their elaborate concert shows, touring being one of the few areas of the industry to still post healthy profits.

360 Deals are notoriously controversial, however, with even hugely successful acts losing millions by being signed to one. Just ask TLC. In a Grammys press room in 1996, while holding the awards they had just won on stage, the three members of the band confessed that they were “broke as broke can be.” As a result of a dodgy 360 Deal signed years’ prior, TLC were earning just 56 cents, split three ways, from every sale of their debut album.

Their manager was also, according to their contract, recouping all promotional expenses directly from the band – from the costs of music videos through to basic expenses like travel accommodation and food. “Trust me, you can sell ten million albums and still be broke when you have greedy people behind you,” the late Left-Eye said. The deal was a highly unorthodox arrangement at the time, but legally binding due to the power of contract law in the United States.

Others to have had public feuds and long-winded legal wrangling with their labels include Metallica, 30 Seconds of Mars, Courtney Love, and Prince – his brief decision to release music under a symbol rather than his actual name being an attempt to evade the stipulations of his contract with Warner Bros. Records.

If you were wondering why incidents like these have gone on for so long, and continue to do so based on Kesha’s legal wrangling, it’s because the major-label music industry is essentially the modern Wild West. Unregulated, filled with iron-clad contracts, and always weighted in favour of suits with the most ruthless and expensive lawyers.

Not that the music industry was always alone in it. Everyone knows the tales of ‘old Hollywood’ child stars like Judy Garland being kept awake during filming by a regular stream of pills and adrenaline shots. It was the kind of industry-wide horror that led to the formation of the Screen Actors Guild (SAG) in 1933, a labour union designed to enforce fairness and legitimacy for those working in Hollywood, in terms of workload, compensation and basic rights.

In many ways the climate SAG was set up to combat was similar to the music industry as it is today. Actors were contracted to studios, who dictated their career choices, their publicity, even their personal lives. A seven-year contract with a studio at this time also meant having to literally work for seven years’ worth of days – not just a span of seven calendar years. It was only following Olivia de Havilland’s groundbreaking decision to sue Warner Bros in 1943 that the studio system finally fell apart, granting actors greater autonomy over their work and improving the legal and financial rights of cast and crew members.

It was also the sort of legal breakthrough that ensured power was taken out of the hands of suits and businessmen and given back to the individuals that truly fuel the industry. It’s also why executives at the very top of the music industry do everything they can to prevent it being replicated on their turf.

Pictures of Kesha fleeing a New York courtroom in tears were horrible, a woman rendered powerless against an army of lawyers and legal blather. But based on the outpouring of outrage it has generated, they could also be the key to radically altering the music industry for the better. It might read odd on paper, but the pioneering Olivia de Havilland figure of modern music could just be the girl who likes to wake up in the morning feeling like P Diddy.

Linkedin
RELATED ARTICLES
OTHER ARTICLES
From the chip shops, to the bingo parlors and burlesque dancers, photographer Mike Coles remembers capturing scenes of holidaymakers by the English coast.
Photographer Anne-Marie Michel captures the women who through determination and strength are forging their own way in a male-dominated industry.
Photographer Bud Glick recounts documenting everyday life in the area, and what it taught him about the Chinese immigrant experience.
Students are being left to languish in unsafe housing, in some cases leading to serious health complications.
Following the release of his latest album, the rapper talks about finding a new approach to songwriting, attitudes to poverty, and why his music is more than a political statement.
After rewriting the indie rulebook with her devastating songs about romantic longing, the singer-songwriter is now imagining a future in which the artist is no longer a product.