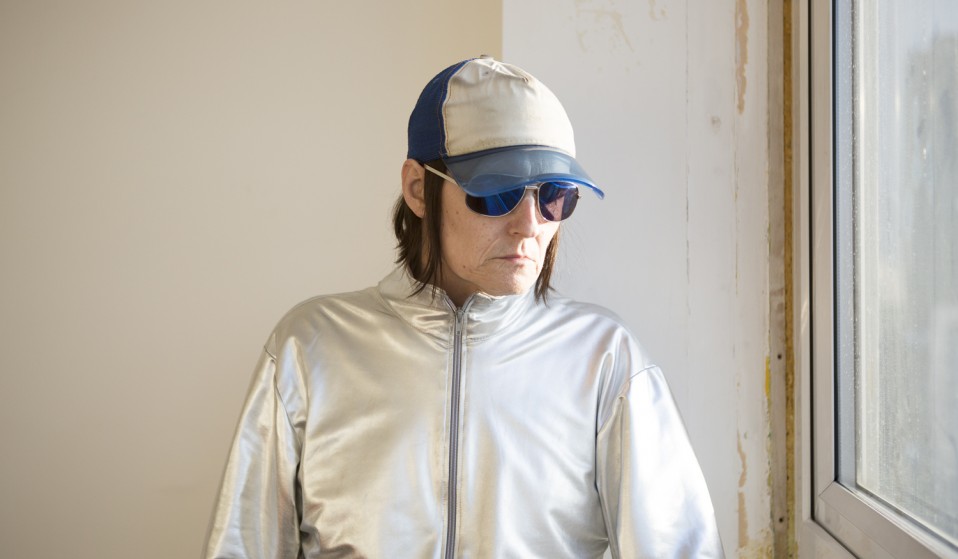 Lawrence is thinking about what might have been. He’s nursing a cold cup of tea, sitting in a sparsely furnished London apartment – mostly just a sofa, record player and a TV on the floor – reflecting on where exactly things went wrong.

Three decades ago, Lawrence (just Lawrence, no surname) was midway through a carefully measured plan for his band, Felt: release 10 albums and 10 singles in 10 years. That part was a success, generating a unique blend of glowing guitars and shimmering textures that sit somewhere between Television and the Cocteau Twins.

But Felt’s final release and farewell tour fizzled out with little fanfare, allowing the band to dissolve into the ether of cult status. That was also part of the plan, Lawrence claims. It’s just that there should’ve been a bit more glory along the way.

“I wanted Felt to be the best-ever underground band in England,” says the 56-year-old, a hint of his West Midlands accent still creeping through. “A band that would break into the charts as well as be countercultural.” 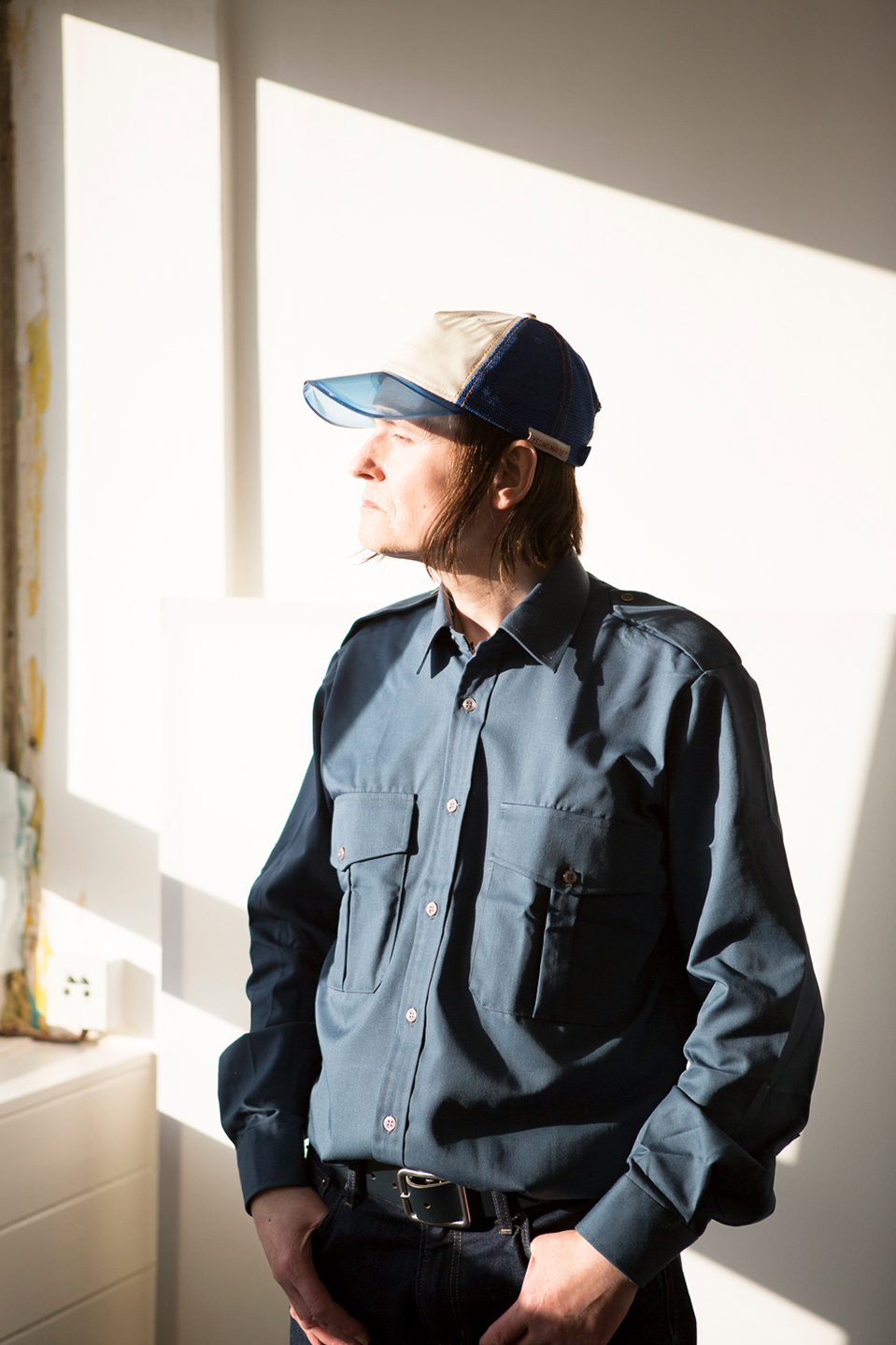 Lawrence is one of the last true enigmas left in the industry. His relationship to music, and his reason for getting into it, is not like most people’s. “Being in a band is not a pastime you could call fun,” he says dryly.

Instead Felt was constructed to be pristine and professional. “Being happy with music that sounded like a demo?” he says, referring to the scrappy sound of mid-80s indie pop. “That was the opposite of what I wanted. I despised that whole aspect of making music.” 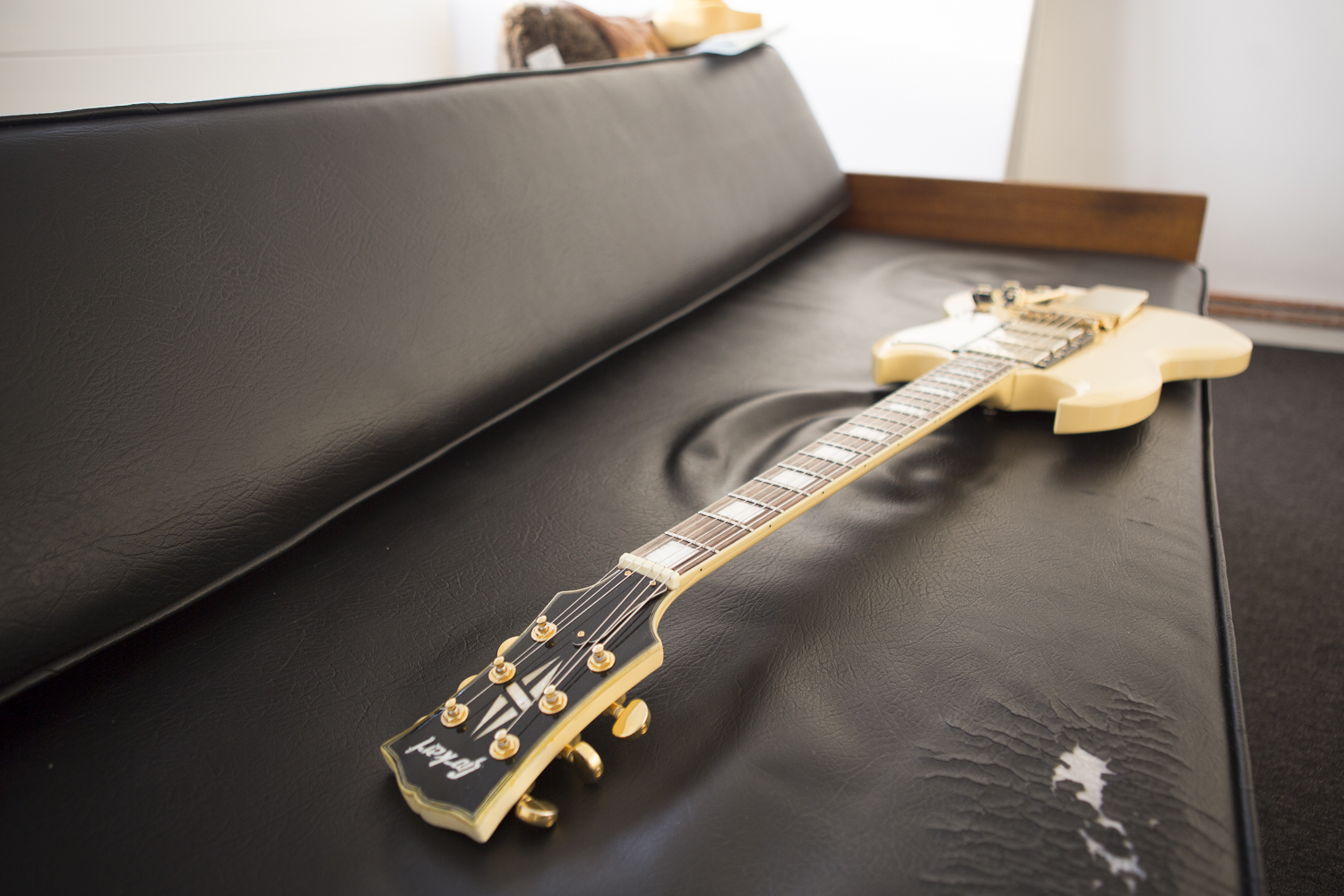 He wraps a dry flannel towel around his hand, pulling and tugging at it, strapping it tight around his fist, seemingly using it as some sort of comfort blanket-meets-stress ball. In person, it doesn’t take long to realise what a unique character Lawrence is: obsessive, particular, serious, funny, honest and odd – sometimes all within the space of a minute.

At one point I ask if I can use the bathroom. “Ermm… no,” he replies, before offering directions to the nearest pub. Maybe Lawrence has no bathroom. Maybe the idea of a stranger’s urine in his toilet is enough to send him into a spin. Or maybe the answer is no simply because Lawrence is a pop star and you should never let a journalist see a pop star’s bathroom. 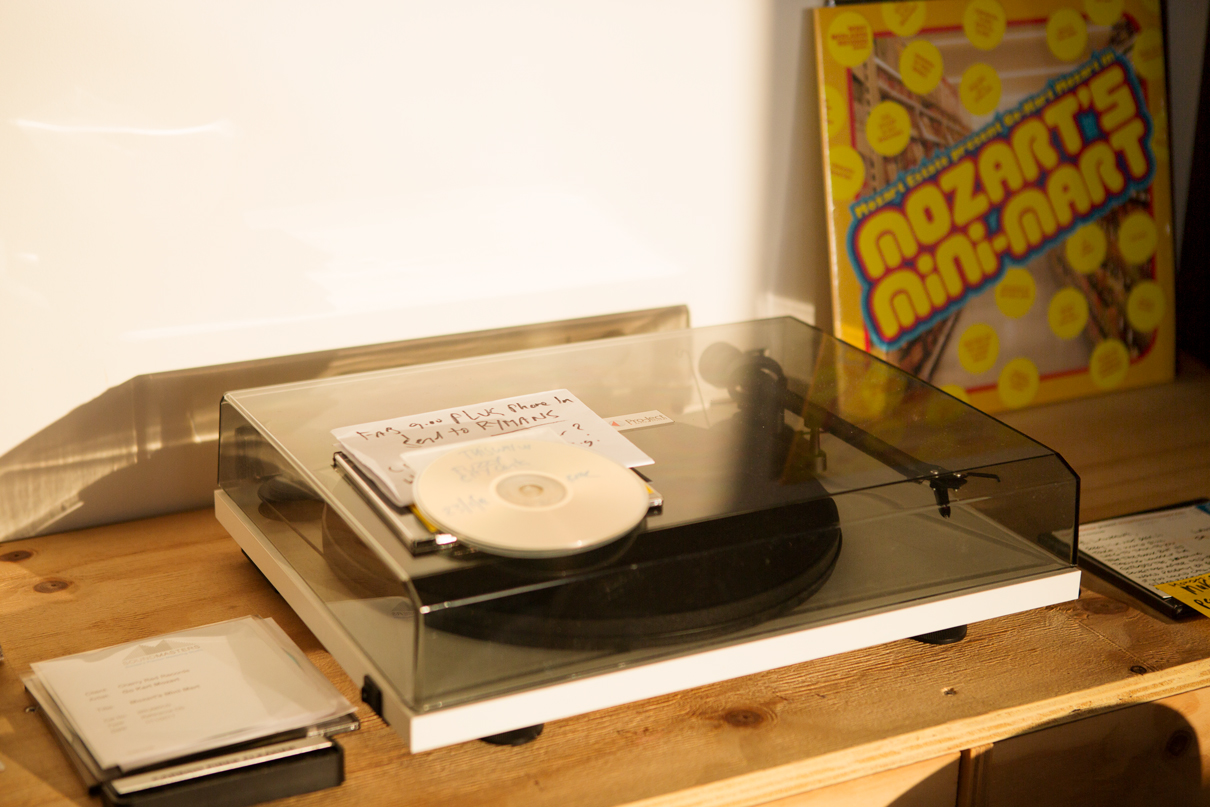 For Lawrence is, he believes, a pop star. With no computer, smartphone or online presence, he does lead the life of a reclusive genius – just minus the fame. “To me, a pop star is someone you never really know,” he says, touching his lips with the grey flannel. “You think you know, but you don’t.”

That said, Lawrence is open about his shortcomings. He rarely sleeps, instead staying up late watching TV and smoking cigarettes out on his balcony, where he comes up with his best ideas. Now that Felt’s first five albums are being reissued on Cherry Red, he can admit that there are a handful of mistakes he agonises over, and that a sense of preciousness hindered the band. 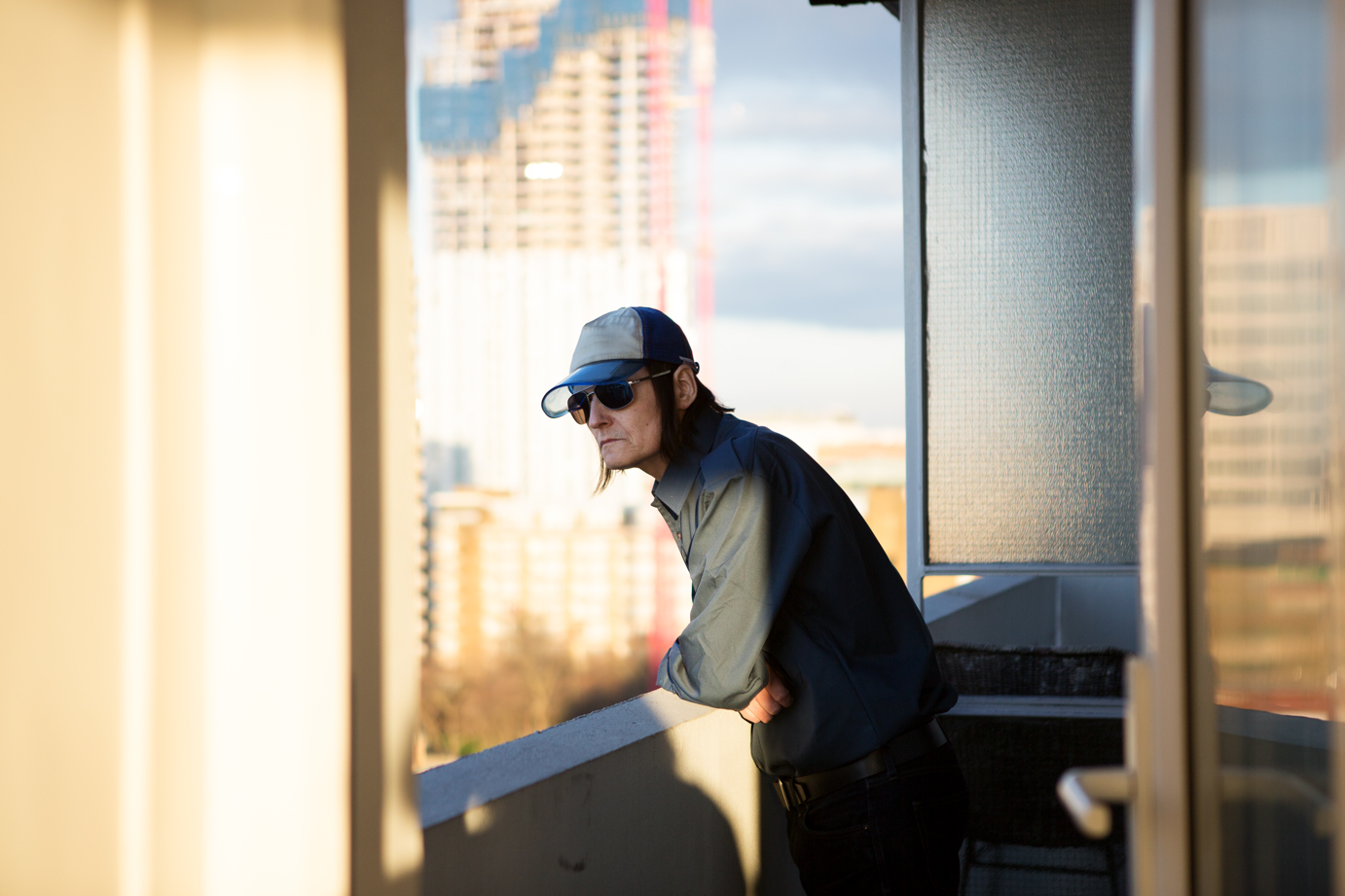 “I couldn’t loosen up. The perfect word to describe Felt to me was ‘uptight’. You had to have a certain plectrum to play in the band, that’s how detailed it was. Things like that prevent you from obtaining any big goal you may have because you’re always questioning everything. We were heading for a brick wall right from day one… But I knew the end of Felt was just the beginning. Sometimes to build a myth, you have to disappear.”

Lawrence has previously batted away suggestions that he has obsessive-compulsive disorder, though it’s tempting to conclude he is, at the very least, a perfectionist. “Oh god, I want to be. So much. It’s really hard but I strive to be.”

After Felt, Lawrence moved on to a more pop-focused band called Denim, putting out three albums on three different labels (Charlie Brooker recently picked one for his Desert Island Discs). And with an appearance on Jools Holland as well as a stadium tour supporting Pulp, the big time finally beckoned.

“With the third record [Denim Take Over] I achieved a life goal, which was to be on [the label] EMI,” he says. “I wrote ‘Summer Smash’ and they said, ‘That’s going to be a hit, we’ll sign you.’” The song was named ‘single of the week’ on Radio 1 and was due for release on 8 September 1997 – just nine days after Princess Diana died in a car crash. The label swiftly deemed the title insensitive, scrapping its release. The CDs were melted, the project abandoned and Denim were dropped.

“My whole life collapsed because of Princess Diana dying,” he says. “It affected the rest of my life in such a massive way – it’s crazy… I had some kind of breakdown. I just fell through a hole and only crawled out of it years later.”

The period that followed saw Lawrence grapple with drug addiction – something he doesn’t wish to discuss – and he eventually became homeless. Songs and lyrics still sprang up, but his workrate suffered and the opportunities disappeared. Then filmmaker Paul Kelly offered a lifeline by proposing a documentary about Lawrence (2011’s Lawrence of Belgravia).

“I’m so proud of that film, I love it,” Lawrence says, beaming. “It really gave me a focus in those dark years when nothing was happening. I knew that even though I was living in a hostel for the homeless, waking up in this decrepit place with crazy people all around me, I thought, ‘Hang on, at least I’ve got the film.’”

The documentary focused on a new phase of Lawrence’s career, going by the moniker Go-Kart Mozart. New album Mozart’s Mini Mart reflects a less difficult but still frugal time in his life. He’s gone from paying someone £50 a week just to roll his joints, to utilising bargain stores. “I never even knew what Poundland was,” he says softly. Making the album required calling in favours to record for free, in stages, over several years.

It’s a collection of joyous, oddball, synth-laden pop music that’s underpinned by dark, unsettling lyrics. Lead single ‘When You’re Depressed’ is a frank song about the banalities of “living in relative poverty” on £10 a day. “It’ll be one of the songs I’ll be known for,” he says. “I don’t think anyone has written a song about being depressed that is so direct. It’s like you’re writing a letter to somebody.”

Asked if he’d prefer a more care-focused working environment where labels offer support to vulnerable artists, Lawrence recoils. “I would hate that,” he says with intensity. “I think they should have nothing to do with it. It would be horrible if record labels started acting like police or doctors; it mustn’t ever happen. It’s a business and it’s a cruel business and it doesn’t look after anybody – you rise or fall within it. 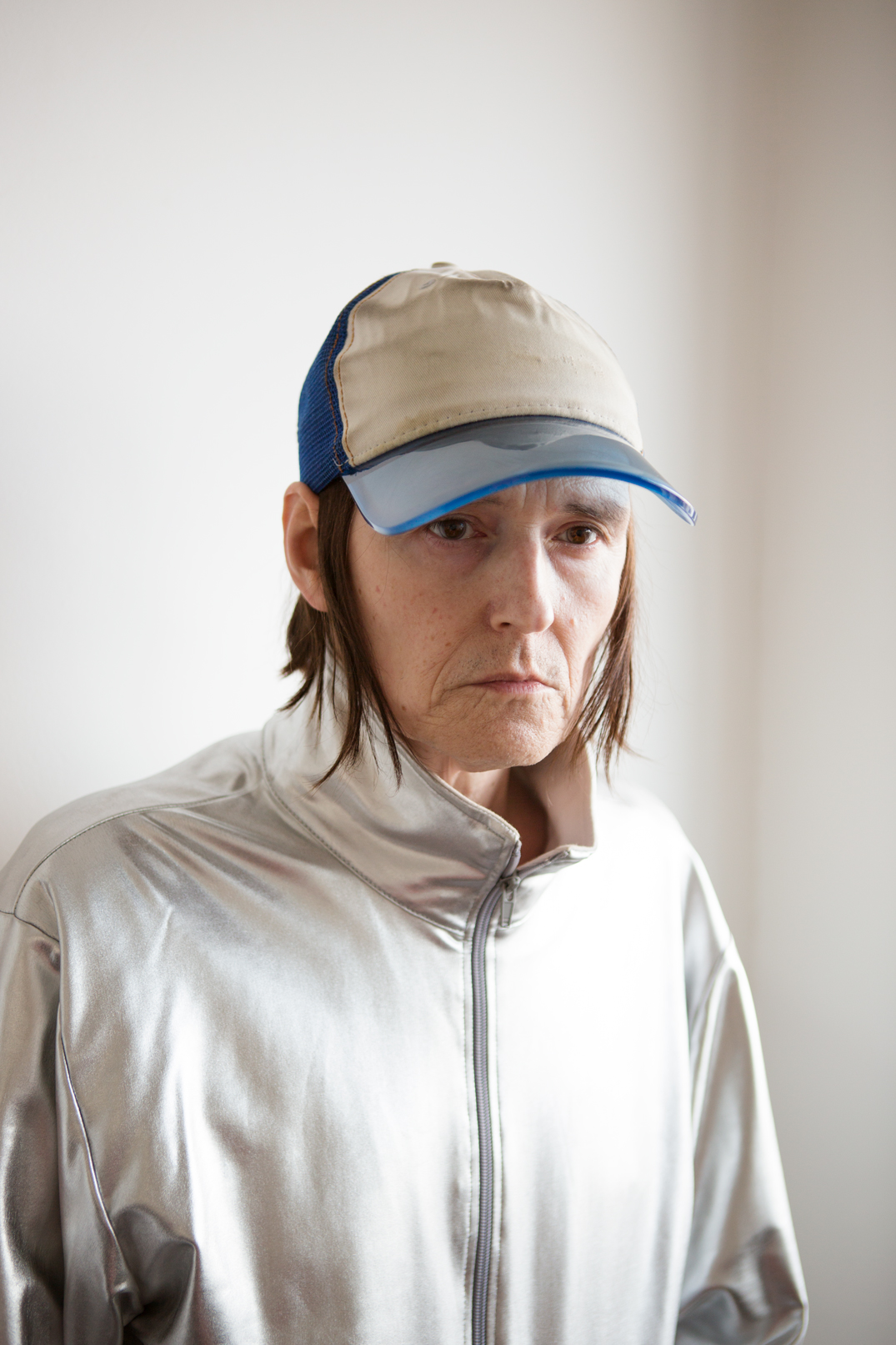 “It’s not a safe environment at all and I love that; that’s why I’m in it. When you write a song, it’s like you’ve written a lottery ticket. You don’t know when it’s going to hit the jackpot. It’s really hardcore and if you don’t deliver, they terminate your contract. It’s so cool – so horrible and heartless – but I wouldn’t have it any other way.”

Yet despite that enthusiasm, Lawrence doesn’t feel part of the musical landscape – at least not by the standards he’s set for himself. “I feel like I’m still on the outside of the industry, waiting to be let in,” he says. “I’m still knocking on the window saying, ‘Let me in, let me in’ and they’re saying, ‘Not quite yet. Soon, maybe…’”

Mozart’s Mini Mart and FELT: A Decade in Music are out on Cherry Red.

Linkedin
RELATED ARTICLES
OTHER ARTICLES
A group of young Palestinians have found temporary freedom in the act of parkour, reimagining wreckage and ruins as a series of high-octane playgrounds.
Financial turmoil is pushing people who work in the sex industry into more dangerous and desperate situations as a means of survival.
For over a decade, gamblers have won big by employing people to place live bets from the court. But does this dubious method still work?
Yesterday thousands gathered outside Buckingham Palace after news of the Queen’s death broke.
Sean Maung’s photos are a love letter to the Black and brown communities that make up New York.
Following the announcement of an 80% hike in the energy price cap from 1st October, crowds gathered outside the offices of energy regulator Ofgem to protest and declare their intention to undertake a payment strike.