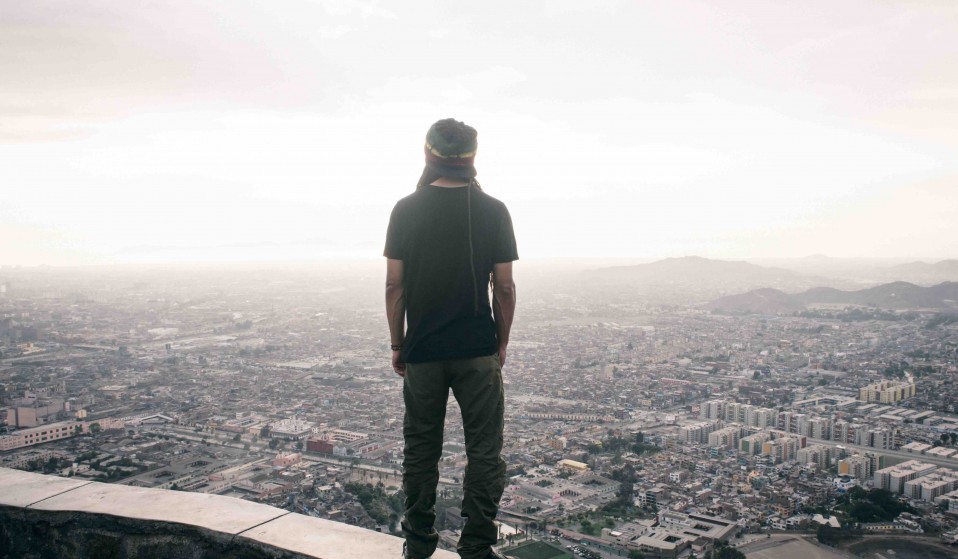 With little to guide him, Mala took a leap into the unknown to go in search of the deep roots of ancient Peruvian music.

Best known as a pioneering force behind dubstep, the South London producer’s travels through Peru resulted in the remarkable album, Mirrors.

“I just wanted to dig deep and go back as far as I could,” Mala told Huck. “The donkey’s jaw bone, the pan pipes, the Afro-Peruvian instruments… people have been playing them for ever. This is all ancient, primitive human history.”

Mirrors weaves together Mala’s bass culture schooling with the traditional sounds he recorded across the country, to create a kaleidoscopic fusion of ancient and contemporary sounds.

After he shared the moving story of how the album came together, we asked Mala for his shout outs on the best contemporary Peruvian artists.

“You definitely need to check out NOVALIMA,” Mala says. “I rate them because they are really pushing the Afro-Peruvian music, but not in a classic way: it’s incredibly produced with beats, basslines and stuff over it.”

Founded by four friends, NOVALIMA have traversed musical boundaries and blown them apart, bringing together seemingly irreconcilable genres, communities and generations. Their thumping productions have bridged a longstanding divide between the mainstream and the minority Afro-Peruvian community. Their new album Planetario comes highly recommended by Mala.

“In Peru there’s a style called Sabateo, which translates as ‘stomping’,” Mala explains. “Colectivo Palenke have the guys that do tap dancing, but at the same time you’ve got the Cajons as well. It’s kind of a traditional way of playing, they play a lot of the Afro-Peruvian instruments. I know there are a couple of groups in Peru that are still doing Sabateo, but not many, so these guys are definitely something unique to check out.”

“Another more contemporary sound you should check out is Dengue Dengue Dengue,” Mala says. “They’re two guys who are driving this movement that’s been happening in Peru over the last couple of years, this tropical bass thing, where they’re mixing old Cumbia records with more bass-heavy stuff.”

Describing themselves as “a tropical storm of electronic psychedelia directly from Lima, Perú,” Dengue Dengue Dengue is a constantly evolving project that blends sounds and rhythms from Peru and all around the world.

Paz Ferrand aka Deltatron is a Peruvian producer and DJ based in Lima. He’s the driving force behind the Peruvian capital’s pumping new Digital Cumbia scene and the founder of Terror Negro Records.

“I have to mention Bareto, they’re big in Peru, man, it’s mad,” Mala says. “When I was in bed one night, going to sleep, I was watching TV and there was a Peruvian version of something like Bruce Forsyth’s The Price is Right – and the band that played at the end was Bareto.”

Latin Grammy-nominated Bareto have taken popular Peruvian and Latin American genres to mix them with more modern styles like dub and rock to become one of the biggest bands in Peru.

Mala’s Mirrors is out now on Brownswood Recordings.

Reddit
RELATED ARTICLES
OTHER ARTICLES
Dana Kyndrová’s portraits chronicle the highs and lows of life in former Czechoslovakia, from Communist rule to the Velvet revolution.
The Shadow Treasury Secretary discusses greenwashing, bullshit, and his hopes for a radical future with school strikers Noga Levy-Rapoport and Al Shadjerah.
From lamplit street corners to red-brick estate fronts: artist Frank Laws pays tribute to the mundane magic of the city.
Writer and former-Deliveroo rider Callum Cant discusses the gig economy, ethical consumption, and the new strategies of resistance.
The French surfer and musician talks about her latest role as jury president for this year’s London Surf Film Festival.
In the ’70s, six suspects confessed to murders they had no recollection of committing. In his latest project, photographer Jack Latham attempts to find out why.