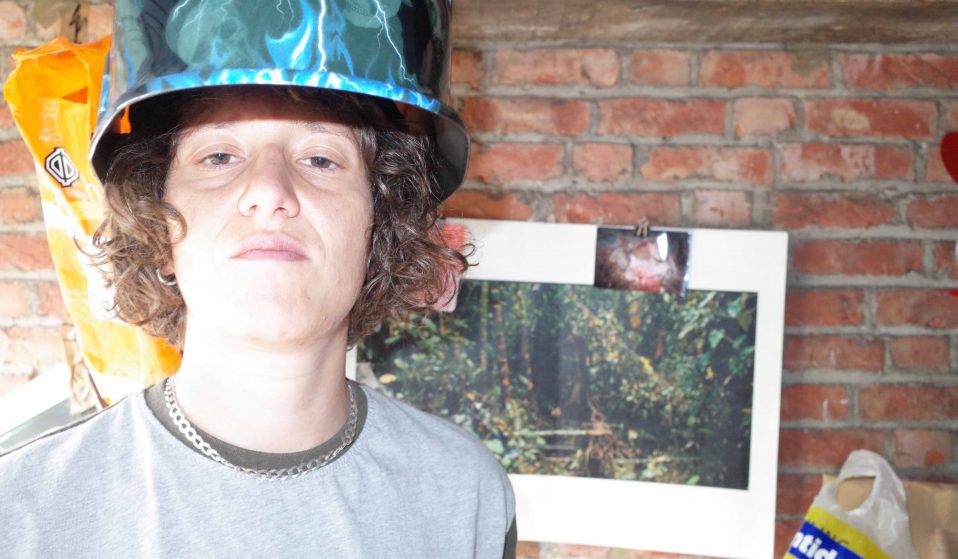 With a haunting new composition for a feverish new film, the British disruptor is back doing what she does best – smashing boundaries, breaking new ground.

Whether making pioneering art-pop or composing Oscar-nominated scores, the British artist has one rule: disrupt. With a haunting new composition for a feverish new film, she’s back doing what she does best – smashing boundaries, breaking new ground.

Mica Levi is always on the move, so a conversation with her can sometimes prove logistically tricky. In this instance, the chat takes place over the course of a few days. The artist, songwriter, producer and composer starts by sending a series of voice messages over WhatsApp from her London studio, before calling the following evening ahead of a gig in Spain to continue discussions. The afternoon after that, she calls again, this time while ordering a kebab back in England. “Sorry,” she says. “I’m always in transit.”

A wildly talented individual who’s as unpredictable as she is elusive, the 32-year-old moves between different worlds with ease. With her band Good Sad Happy Bad (formerly known as Micachu and the Shapes), she has put out a series of experimental art-pop albums, winning a cult following in the process. A classically trained composer, she garnered her first composition from the London Philharmonic aged just 20. Four years later, she became the youngest ever artist in residence at London’s Southbank Centre.

More recently, though, she’s found herself responsible for award-winning film scores – ones that illuminate the movies they accompany. Her latest sees her collaborating with Brazilian writer and director Alejandro Landes on Monos – a feverish thriller that falls somewhere between Apocalypse Now and Lord of the Flies. Utilising a smattering of sounds, Mica creates a sparsity that invokes dread and tension with every turn. Her haunting and memorable arrangements add a new layer of trepidation to a movie replete with it.

“I straight away had feelings about what I could do,” she says, speaking on her way to Madrid to play at an old slaughterhouse. Using a four-note whistle that surreptitiously creeps onto the screen, Mica is responsible for an eeriness that brings to mind the three-chord piano note from Jaws. “I had a musical reaction to it… I thought it would be good for the landscape,” she adds, before proceeding to re-enact some of the sounds for emphasis.

Monos’ story follows a group of teenagers-turned-soldiers who work for a mysterious guerrilla unit called The Organisation, somewhere in unspecified South America. The teenagers – who have pseudonyms like Wolf, Smurf, Dog, Rambo, Bigfoot – are as mysterious as their origin stories. Their role is to take care of an American engineer held captive, along with a milk cow named Shakira.

A snowball of incidents result in the line between innocence and depravity being erased, as the teens become feral, losing what foothold they had on civility. Here, Mica’s vivid, disconcerting score becomes the driving force that pushes Monos forward. Timpani, flutes and synths roll in like thunder over the horizon.

Mica’s journey to acclaimed composer began in Guildford, Surrey, the daughter of a professor of music (her father) and a cello teacher (her mother). “Everyone was always playing music,” she says. “I’ll remember it as much as I’ll remember having a bath, it was that tied in and woven into our daily pursuits.” Starting with a toy violin, she upgraded to a real one before learning how to play the viola and electric guitar. She was capable from a young age. “I remember writing a piece of music when I was a little kid about an ant.” 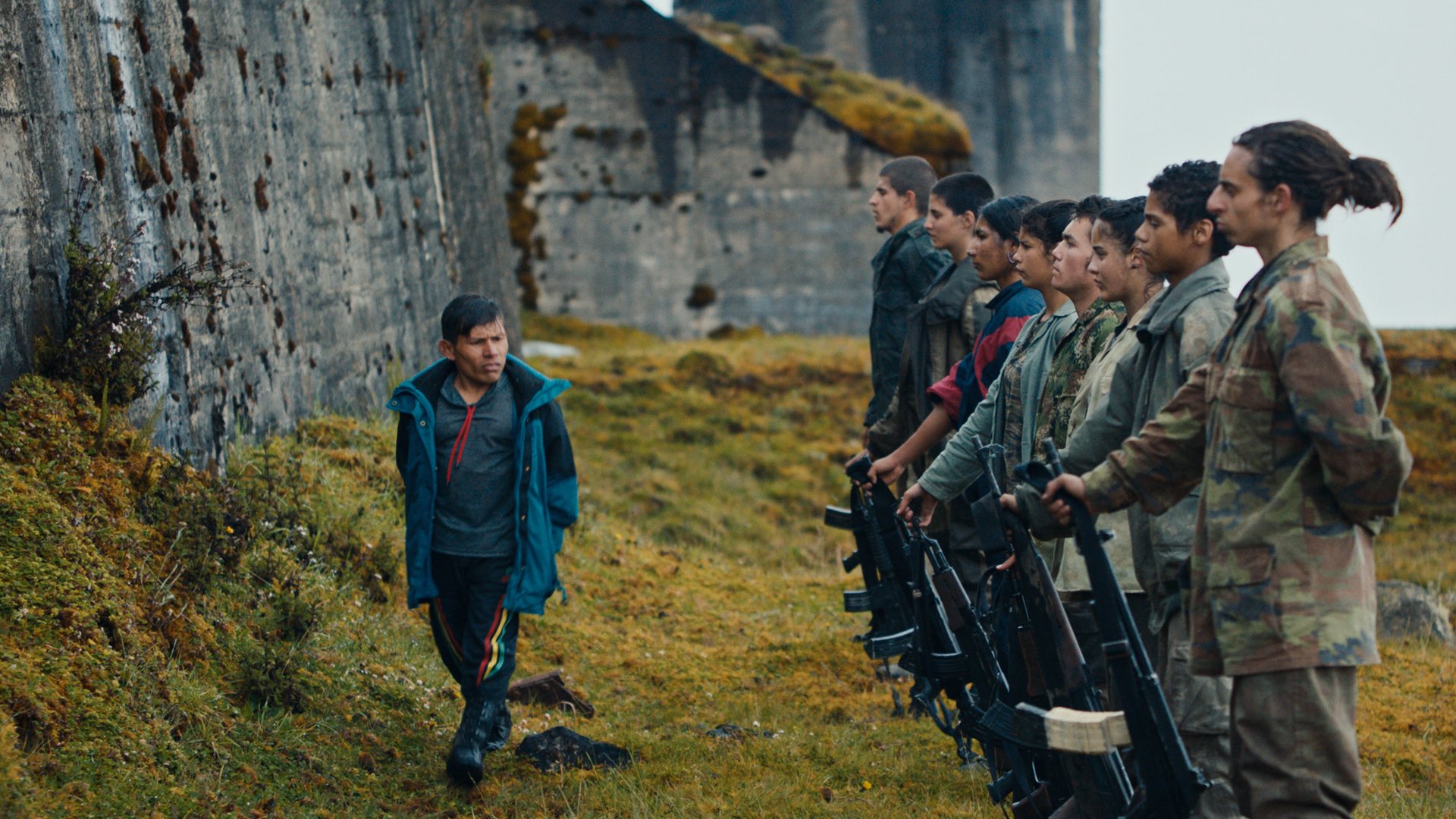 Still from Monos, courtesy of NEON

At the age of 9, she won a scholarship to the prestigious Purcell School – a specialist music school in Hertfordshire, and the oldest of its kind in the UK. For Mica, the opportunity came at exactly the right time. “It got me out of the situation that I was in [at the] local schools I wasn’t fitting into. I got to meet other kids who were into the same things as me and I got to play a lot of music and learn [with] a regimented discipline.”

After that, she made her way to the Guildhall School of Music & Drama in London, where she started the band known today as Good Sad Happy Bad with friends Raisa Khan and Marc Pell. Their distinctive sound brought them attention at an early age, with the fervour around them hitting its peak with their critically acclaimed 2009 album Jewellery.

It was the success of the group, alongside Mica’s reputation as a composer, that led to filmmaker Jonathan Glazer getting in touch out of the blue. Back then, she’d never written music for film, but he wanted her to soundtrack his 2014 dark sci-fi Under The Skin nonetheless. The gamble paid off: Mica’s work was lauded, winning the 2015 BAFTA Award for Best Film Music, as well as Best Composer at the 2014 European Film Awards. “They were taking a risk because I had no experience, other than watching lots of films,” she says. “They were patching and sharpening me up. It was a lot of luck and a lot of work once I got into the situation.”

She followed up the success of Under The Skin with a second score in 2016, collaborating with director Pablo Larraín on Jackie, which starred Natalie Portman as former First Lady Jacqueline Kennedy. Mica’s work – warped and unsettling – was, again, commended, concluding with her receiving an Oscar nomination. It’s a moment that, in typical Mica fashion, she downplays. “I think I was just in the flat,” she says, recalling the moment she heard she’d been nominated. “I found out because I suddenly got a lot of text messages all at once. I just put my phone in the other room and had a think.” 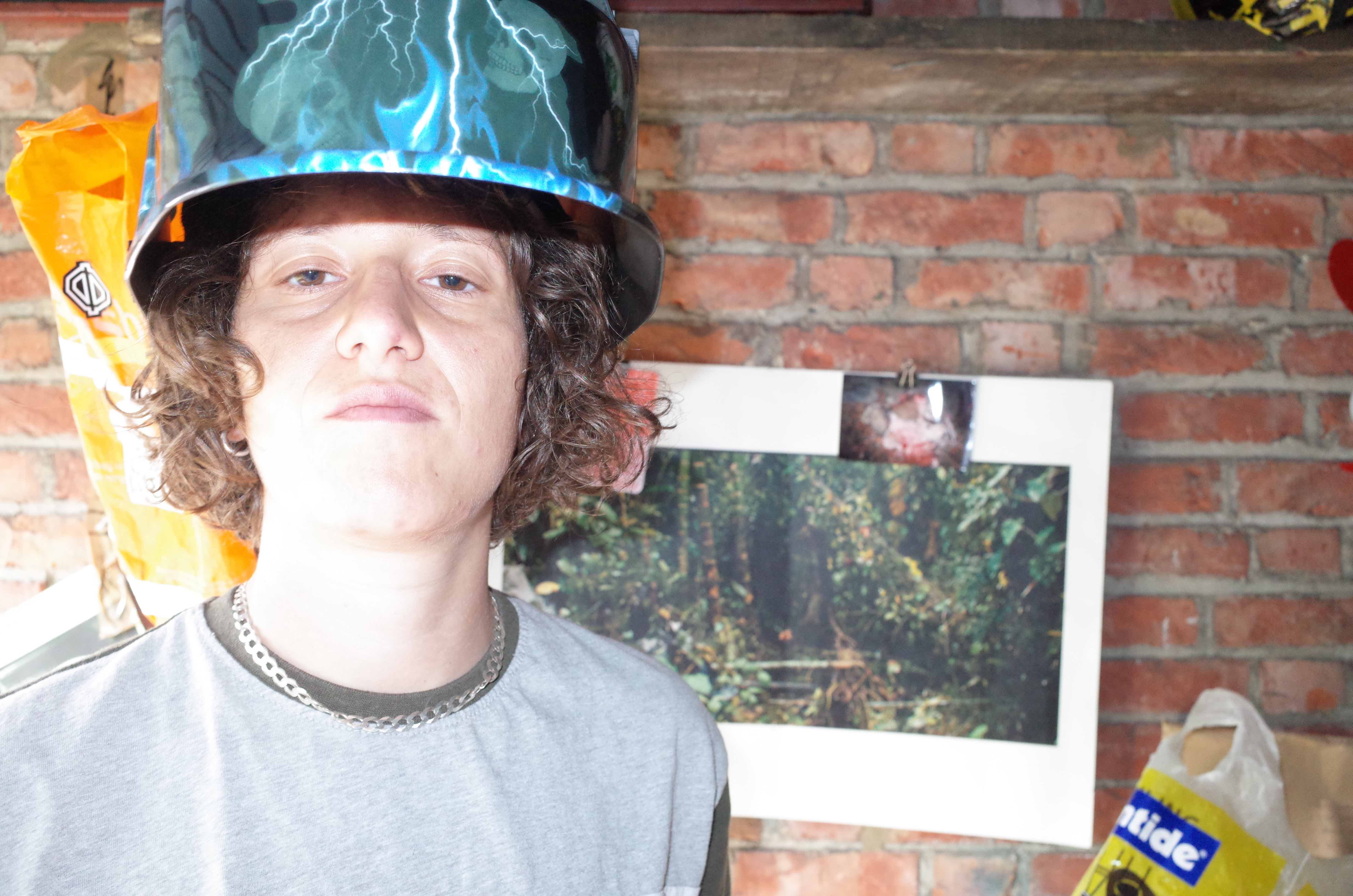 In the long history of the Oscars, only four women have been nominated in this category – Mica was the first in nearly two decades. For the ceremony, she wore an oversized suit that she picked up on the high street (“the suits and shirts come in bags – plastic bags”), along with “some green witches fingers and a fake hand” she bought from a joke shop. “Why are the film costumes always in the films and not in the ceremonies?” she says, thinking out loud.

It’s that disruptive approach that characterises her entire creative output. Whatever she’s doing, she seems intent on creating what’s in her head – never bending to anyone else’s rules, or ideas.  Now, with such a vivid, disturbing portrayal of the characters in Monos complete, Mica has only served to further her reputation as a breaker of boundaries. “I’m pretty fortunate. I’ve been working hard all my life to do this and to write music and be able to do music.”

Even after the awards and acclaim, she doesn’t find her life has changed an awful lot. The only real difference, she says, is that her time is being taken up by an increased number of projects. Having excelled at everything up until now, she’s looking towards the future with typical focus – her work, whatever form it takes, will continue to be memorable for all the right reasons. “I hope to do all sorts of things,” she says. “Variety is the spice of life.”

Monos is out in UK cinemas on 25 October.

Linkedin
RELATED ARTICLES
OTHER ARTICLES
Finland-born photographer Sirkka-Liisa Konttinen looks back on her decades-long documentation of life in Northern England.
Freddie Miller’s new series of photographs investigates who today’s trainspotters are and what drives their unfettered enthusiasm.
Photographer Matthew Brookes recalls following a group of young people in Venice Beach living in search of the perfect wave.
Over a dozen Stop Deportation activists locked themselves to each other outside a detention centre to prevent coaches taking those due to be on the Rwanda deportation flight from leaving.
The author discusses the all-consuming nature of heartbreak, and turning the experience into an incisive exploration of love and loss.
In the latest instalment of Photographers in Conversation, the chronicler of raves, protests and beyond explains why he’s drawn to such specifically visceral environments.