Art & Culture / Music / ‘Narcissism is at the foundation of most artists’ 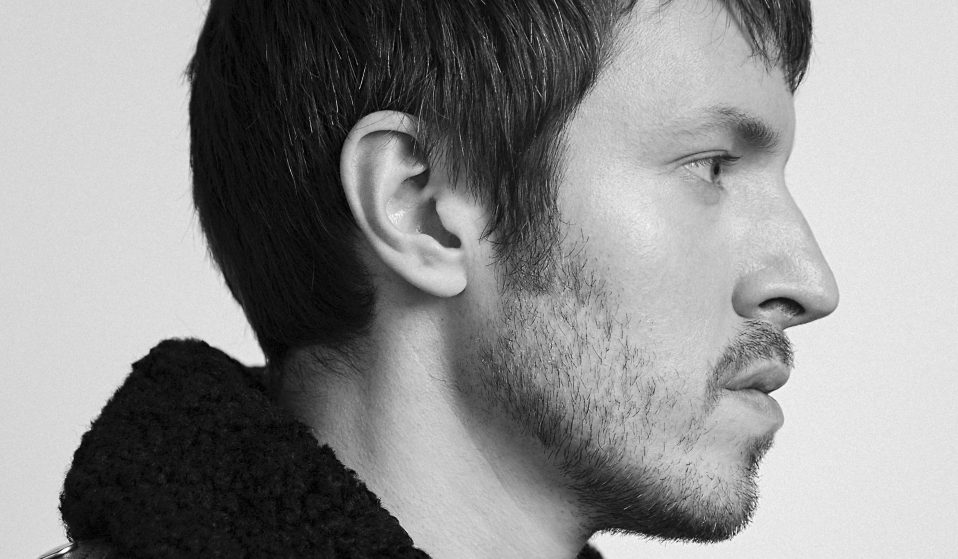 After an eight-year wait, the French producer is back with his second album. He tells us why it took so long – and why he sees his musical role as that of a ‘midwife’.

After an eight-year wait, the French producer is back with his second album. He tells us why it took so long – and why he sees his musical role as that of a ‘midwife’.

“Sorry, I’m being very French at the moment,” says Sébastien Akchoté. The musician is calling from outside a Parisian café, and the traffic is roaring in the background. “I am sat on a terrasse. I hope there is not too much noise…”

As one of the superstar producers from the Ed Banger stable with some of the best ears in the business, it stands to reason that SebastiAn is sensitive to sound. He might have been responsible for plenty of bangers over the last 10 years, but his new album Thirst demonstrates an impressive musical reactivity to the various guests invited onto the new record, with many of the performances bringing a depth to his work that we’ve not yet seen of SebastiAn the solo artist. Charlotte Gainsbourg, Sparks, Gallant, Mayer Hawthorne, Syd tha Kyd and Bakar are just some of the names featured.

Thirst arrives eight years after his debut Total. In between that he hasn’t stopped working, helping artists such as Frank Ocean, the aforementioned Gainsbourg and Kavinsky achieve yet more critical acclaim for themselves. This variety is prevalent on the new record; whether its the twisty, Beach Boys-inspired ‘Better Now’ with Mayer Hawthorne, the visceral displacement of ‘Sober’ with Bakar, or the dream pop whimsy of ‘Run To Me’ with Gallant. And for fans of the electro-house bangers from the Franco-Serbian musician’s first record, there’s  “Beograd”, a tempestuous instrumental exploring the netherworld of his other city (‘Beograd’ is the Serbo-Croat word for Belgrade).

Where his debut was impressive but sometimes showy, here we have great songs that explore introspection and inner conflict going in all sorts of musical directions. The cover art, a Jean-Baptiste Mondino montage of SebastiAn literally beating himself up, perfectly contrasts with the previous cover art (also Mondino) of SebastiAn snogging himself.

Hi SebastiAn, why have we waited so long for your second album?
Even before the first album I always saw myself as a producer, and so I did my first album and then came back to what is my first love: producing other people. My friends Justice are kind of a rock band, so they are obliged to put out an album every two or three years. I’m not under that pressure. I’m only going to come back if I have something new to propose. I love having projects that are quite different – Charlotte Gainsbourg and Frank Ocean are not that similar – so this is why I love producing.

You don’t appear to have much of a social media presence. Are you quite secretive?
I tried to join in at the beginning with MySpace or whatever, but nobody was checking their phone every 10 minutes. My first cover was me kissing myself, it was fun, but the thing was, Facebook arrived around this time and I started to notice this egotism everywhere. I don’t mean it as a moral thing, it was more just a feeling and an observation. Eight years later, I’ve done a shot of me fighting myself to represent how I feel social media had changed. It was sold to us as something that was just fun – and it is fun, but also in eight years there’s now this heavy part; this nervousness. Now there’s Facebook, Instagram and Twitter, and by being able to keep in touch with each other, you’re also in contact with your enemies too. That’s the paradox.

Is narcissism not a necessary part of the entertainment industry?
Narcissism is at the foundation of most artists in general, but you can definitely love yourself too much. We saw it with Kanye. He arrived where he was already at this incredible point of loving himself. I’m not criticising because he went somewhere interesting, searching a lot of places in music but also his own mind. But after a time, he exploded. That’s what happens when you love yourself too much. You’re searching and everything becomes too much and you turn your own ego against you.

Gaspar Noé has made a very violent video for ‘Thirst’. How did you come to work with him?
I met him 10 years ago and we kept in touch as really good friends. When I started the album I got in touch because, as you say, he has this violent thing that he likes to represent, and he came to my house because I wanted him to listen to the album, and when he listened to the track ‘Thirst’ he said straight away: ‘I have an idea’. Because I chose this track to open the album he wanted to come back to where I left off with the last album by setting it in a club. It’s his own interpretation of the track. It’s very Garpar Noé [laughs].

I love the Charlotte Gainsbourg track ‘Pleasant’ which sounds like the most experimental on the album. Where you able to push the envelope more as you’ve built up a creative relationship with Charlotte over the years?
That track was the kind of thing we were doing at the start. When she came to me to begin with [in 2012] she was after that kind of scratchy sound, but when we started the album something really bad happened and her sister died. This changed the whole project. It wasn’t possible to use those words with songs about her sister and her father. So we came back to the first track we had and worked on that together and then put it on my album. When you’re a producer you have to hide yourself. You’re there as a midwife, it’s not your baby but you’re obliged to deliver it. Even if your sound is part of the album, you’re there for the project more than for you. 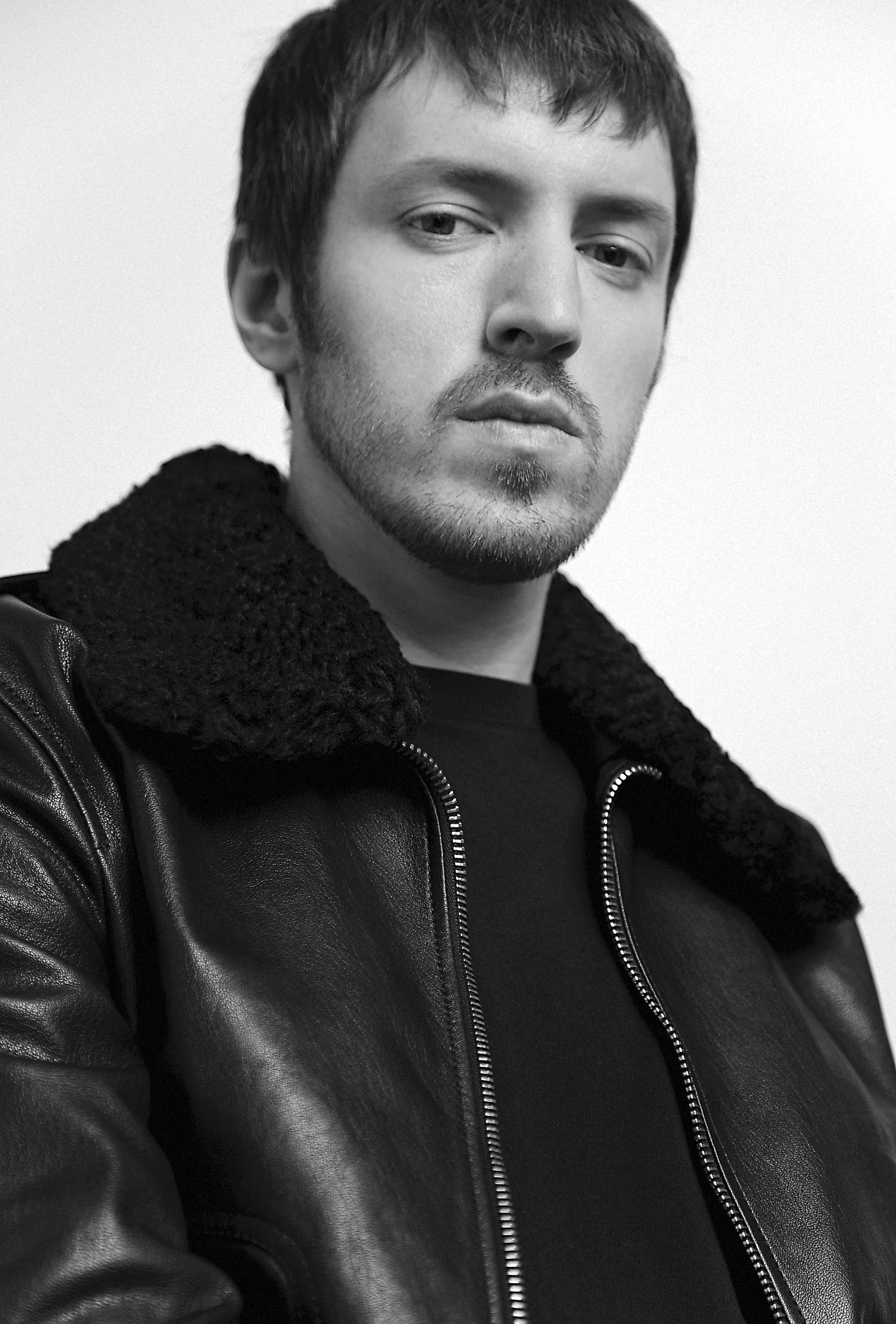 I read the other day that you’d both wanted Michel Houellebecq to write the lyrics for ‘Rest’. Is that true?
Yeah, it’s true. Charlotte didn’t know this but I recently saw in an interview with Houellebecq where he said that he wanted to meet her too, and she never knew. She also wanted to do it so there was some missing communication. She really wanted to and he really wanted to but nobody picked up the phone. But I don’t think it’s over. I know he’s back living in France right now – he’s in Paris – so maybe it might still happen.

Are there plans for a new project?
Probably. I can’t say for sure but if we work together again, I think it’ll happen, definitely. I would love to do something very different with her, something that’s kind of the opposite.

It’s great that you’ve got the mighty Sparks on the new record too…
To me, they represent the best example of a career. I’ve been a huge fan of theirs since I was young. It’s always a great danger to meet your idols, but I’m an even bigger fan than before now. I had the same feeling when I had the chance to meet Paul McCartney on the Charlotte Gainsbourg album when he wrote a song for her [“Songbird”]. We weren’t expecting him to come to the studio but he suddenly arrived, and then I got to see somebody who was over 70 but who was like a child in the studio. It was an intense experience and it touched me a lot. And the spark was the same with Sparks. They’re American but they have this very British sense of humour. Over so many years they have all these brilliant lyrics and they can do a rock opera or collaborate with Moroder… that’s what I call a career!

Thirst is out now on Ed Banger Records/Because Music.

Linkedin
RELATED ARTICLES
OTHER ARTICLES
After blocking the Scottish government’s gender recognition reform bill, Westminster is now devising further changes to the law to make it harder for trans people to self-identify.
Taking us through one of the most dynamic years in recent history, Laylah Amatullah Barrayn new photo book contains tender yet confrontational portraits.
Zsófia Sivák’s ongoing project documents the country’s tavern culture, preserving a once defining part of rural life.
David 'Dee' Delgado’s photo project is about honouring and uplifting the city of his youth, and a world rapidly disappearing under the relentless onslaught of gentrification.
A group of aid workers face prison for helping to save people fleeing their homes at sea. If they are charged, it will have a chilling effect on humanitarian efforts.
Yohon Tatum, aka Legendary Father of the House of Tisci, reflects on nurturing a new generation of talent.