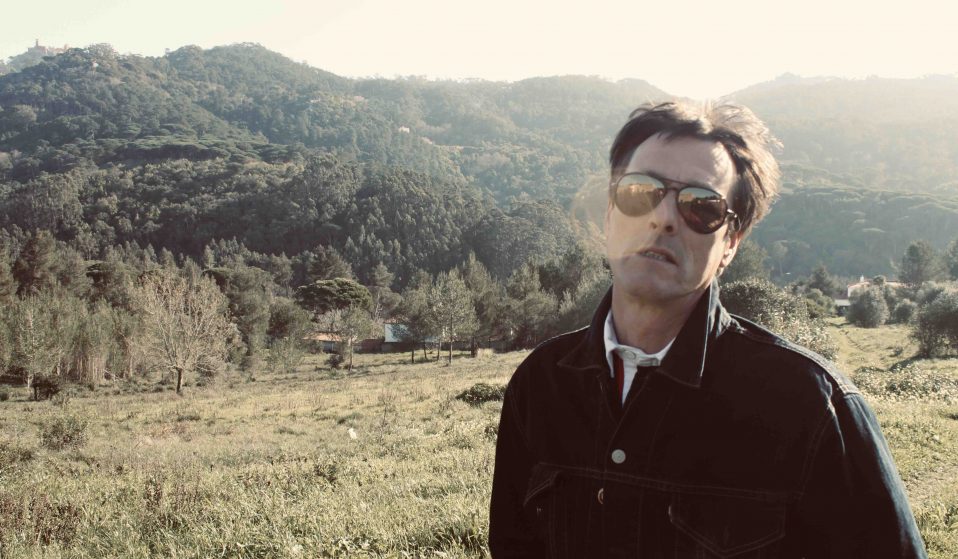 The creative force behind Sonic Boom and Spaceman 3 shares what he’s picked up in his 30-plus years making brilliantly anarchic pop.

The creative force behind Sonic Boom and Spaceman 3 has navigated synthesisers, psychedelics and famous fall-outs during his 30-plus years making music. To celebrate his latest release, he shares what he’s picked up along the way.

Pete Kember is a far-reaching musical force. There’s the feedback strewn wreckage of his cult band Spaceman 3, as well as his work with pioneering electronic musician Delia Derbyshire of the BBC Radiophonic Workshop. On top of that, there are production credits with indie heroes such as MGMT and Stereolab, plus acclaimed solo endeavours under the Sonic Boom moniker.

Spaceman 3 first came together back in the mid-eighties and quickly earned a reputation for making music as chaotic as their inter-band relationships. The group (which also featured Spiritualized’s Jason Pierce) collapsed amid heavy drug use, but left behind classic psychedelic records such as Playing with Fire and The Perfect Prescription, leaving them with a cult following that has held steadfast over the years.

Pete’s first solo album as Sonic Boom – Spectrum – emerged shortly after Spaceman 3 disbanded. It saw him continue on his trip between strung-out drones and anarchic melodies, before he decided to delve deeper into soundscapes with the Experimental Audio Research (or E.A.R) collective.

“I’ve been really lucky to work with some really cool artists and great musicians,” he says. “It’s been a privilege and I’ve learned from every one of them. We all listen and write music with different mindsets – which makes any music or art have its own unique beauty.”

Hell-raising has long since taken a back seat with the focus now quite rightly on Pete’s skills as a producer and solo artist. After collaborating on a long list of great records, including albums for Panda Bear and Yo La Tengo, he’s now returning as Sonic Boom for the first time in 30 years with the new full length release, titled All Things Being Equal.

To mark the record’s unveiling, we sat down with Pete to look back on a journey of dissonance and harmony – both in music, and in life.

I like to go into the studio for three days at a time and be really intense. Making music is not a particularly comfortable experience for me. I like to go in, sweat it out, make my own life miserable for a few days – then I shut it and dam up the energies. I leave it for a while, then go back and in and do the next assault. I don’t fuck around and I don’t need to feel I’m a brilliant musician. I’m just getting over whatever I need.

From the early days of Spaceman 3, we knew that, while we were good friends, it could be quite an intense brew. It meant the music had this real power straight away. I feel most bands who I’ve worked with since are successful because they’re good at working with each other. That wasn’t one of our strong suits. But we were a crazy bunch of people and I celebrate that. None of us have got any less crazy over the years although I hope we’re all a little more chilled with each other now.

We were some kids who formed a band that even our friends didn’t like. One of my mates actually told me he felt insulted by our first show. I appreciated his comments. A really strong reaction of any kind says a lot more than something like, ‘That’s cool’ or some other faint praise. 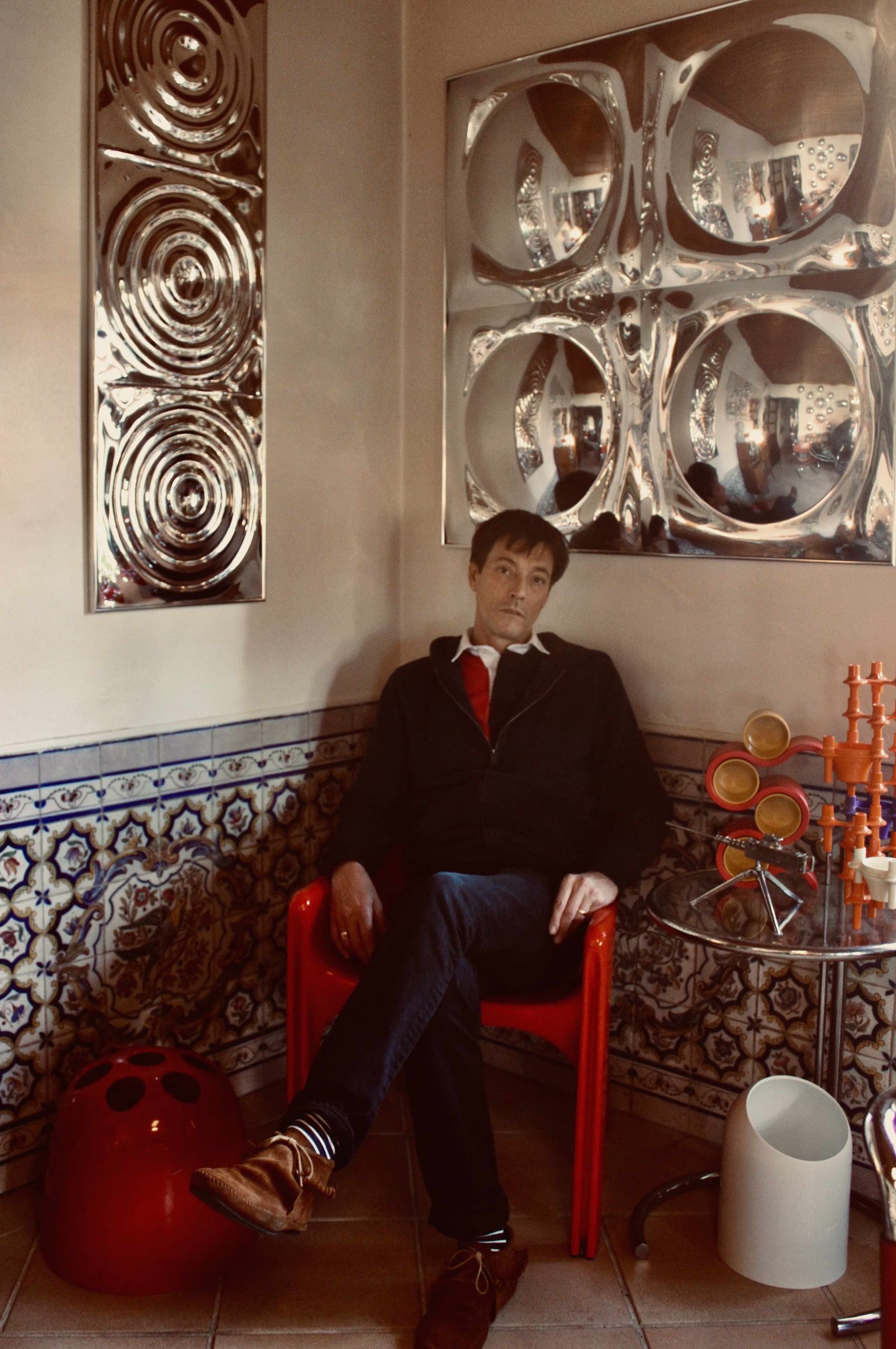 One of my new songs, ‘Spinning on Coins and Wishing on Clovers’, is about luck and chance. There’s supposedly a moment when you die and all the important images from your memory flash rapidly through your brain as the last electrical pulses discharge from your being. I thought it was an interesting thing to contemplate what those images might be for me.

I can’t say I’m proud of everything I’ve done. Some of our behaviour in Spaceman 3 wasn’t good. But I’m also proud of many things and I’m trying to fix the balance a little bit. The punchline to this song is that if I had to do it all over again, I’d still take those risks. Sometimes, really fantastic things happen if you have no expectations and just put yourself out there. I felt I did that, I spun the coins, wished on the clovers as I found them. I wouldn’t change a thing.

I have ongoing issues with the majority of labels I’ve ever worked with. Not all but a lot of them. Some labels have no interest in sorting out the situation so we’re just going through this legal-headed poison.

I personally think you should not be able to sell your copyrights. It’s illegal in some countries. I also don’t think young people going into the music industry are fully prepared for what older, wiser people know about it. There’s a lot more information out there now. Some labels are doing it the right way – I went out of my way to find Carpark who I trust. But in my experience, most people in bands don’t get into it to be chasing lawyers, business people or reading 40-page contracts.

Don’t be influenced too much by what’s around you. With Spaceman 3, we never really wanted to live in London or be part of a scene. We wanted to do what we wanted to in isolation. Be uncompromising with your music and in the long run it will pay off. People who aren’t, they will wash away with the tide – leaving the uncompromising ones behind.

All Things Being Equal is out 10 June on Carpark Records.

Linkedin
RELATED ARTICLES
OTHER ARTICLES
With inflation now at a 40-year-high of 9 per cent, demonstrations organised by TUC took place to demand action from the government.
Wealth inequality and the rising cost of socialising is placing a strain on people’s relationships, reports Eve Upton-Clark.
Photographer Matthew Brookes recalls following a group of young people in Venice Beach living in search of the perfect wave.
Curator Antoine de Beaupré discusses his immense record collection and what it tells us about the intersection of music, photography, art, and commerce.
Proposals to introduce a minimum GCSE threshold for student loans will disproportionately affect those from marginalised backgrounds.
Yesterday queer activist group Lesbians and Gays support the Migrants staged a die-in at the Pride in London parade to protest the inclusion of police in the march reports Huck politics editor Ben Smoke.