Art & Culture / Music / Remembering the terror and mayhem of Woodstock ’99 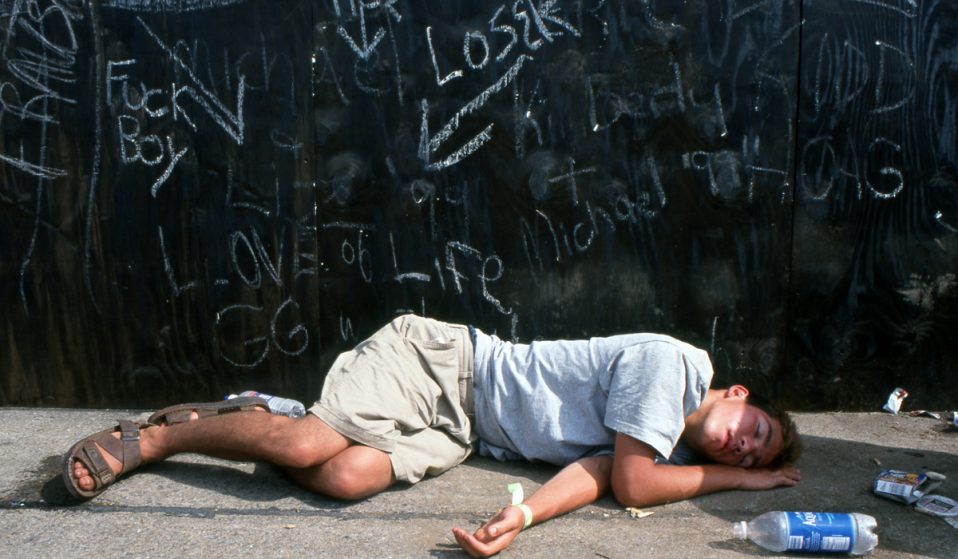 Violence, fires and price gouging: two decades on, photographer Mike Schreiber unearths his archive from the festival, revealing a portrait of Gen X at its worst.

Violence, fires and price gouging: two decades on, photographer Mike Schreiber unearths his archive from the festival, revealing a portrait of Gen X at its worst.

“Woodstock ’99 was a culmination of the ’90s, in the same way Altamont Free Concert was the end of the ’60s,” says photographer Mike Schreiber, who attended the four-day festival of “peace, love, and happiness” on assignment for Spin magazine.

Capitalising on the success of Woodstock ’94, the 30th anniversary of the 1969 music festival was designed to be a massive event, with headliners including Metallica, Rage Against the Machine, The Roots, Ice Cube, DMX, Alanis Morisette, Kid Rock, Limp Bizkit, and Korn, as well as legends like James Brown, Willie Nelson, and George Clinton & the P.Fink All-Stars.

But things didn’t quite go as planned. The festival ended up being marred by violence, sexual assault, fires, a gruesome heatwave, and price gouging. “The music that was the most popular was this weird hybrid bastardisation of rock and hip hop, and it was just aggression for aggression’s sake,” says Schreiber. “It was anarchy with no purpose – just like being a dick because you get away with it. It’s also a precursor to where we are now, 20 years later, where we have fallen so far as a society where literally anything goes.”

For the new book, Woodstock ‘99, selections from which are currently on view in an exhibition of the same name, Schreiber delved deep into his archive to unearth photographs from the infamous music festival. 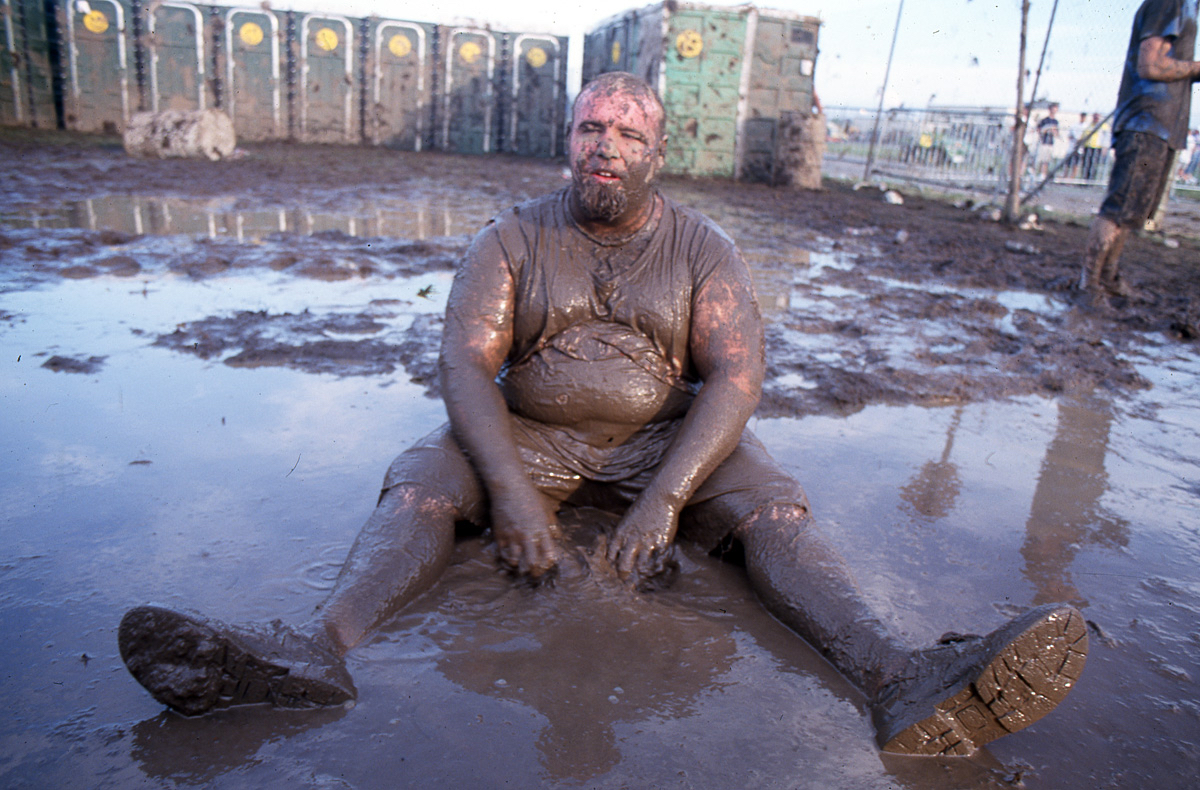 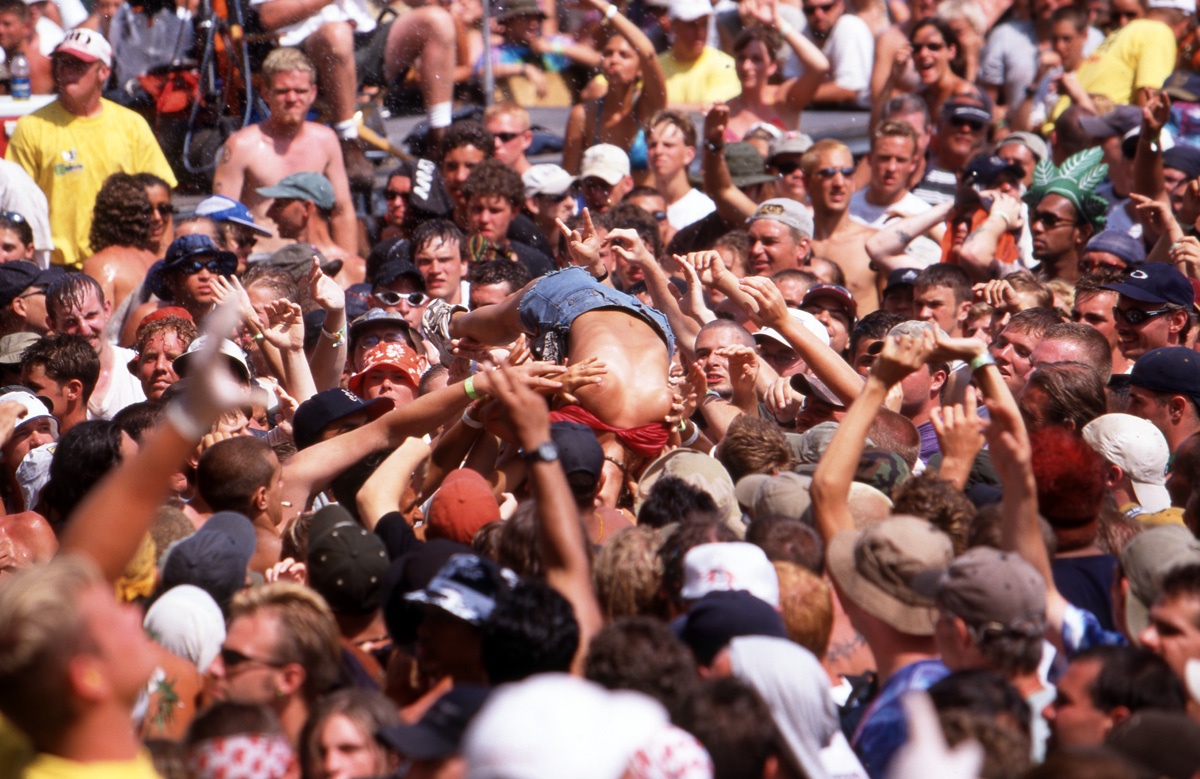 An estimated 400,000 people descended upon the town of Rome in upstate New York, some 160 km from the original event held on Max Yasgur’s farm. It was an ungainly setup, with two stages located 2.4 km apart, reachable only by walking across smouldering tarmac. The water supply ran short, the food prices ran high, and the portable toilets overflooded, setting the stage for an uprising that resulted in sheer mayhem.

“It was really chaotic the whole time,” Schreiber remembers. “There was a lack of infrastructure and safety planning. Also, the line-up was crazy. You had these rap-rock bro bands and then you also had Jewel and Willie Nelson and Sheryl Crow. It was almost like during the day it was a totally different festival from at night.”

At one point, volunteer security walked off the job and joined the crowd, leaving the police woefully understaffed as the violence continued to escalate, with bonfires raging during sets played by the Red Hot Chili Peppers and Megadeth.

Though Schreiber was embedded with bands like Lit and Everlast, he was able to photograph many of the acts as well as the scene in the crowds, creating a portrait of Gen X at its worst. “There’s a photograph of the guy with the shit-eating a grin holding up a sign saying, ‘Show Me Your Tits,’” Schreiber says. “Some really horrible stuff was happening and the extent of it will never be known. Woodstock was supposed to be peace and love. They really dropped the ball on this one.” 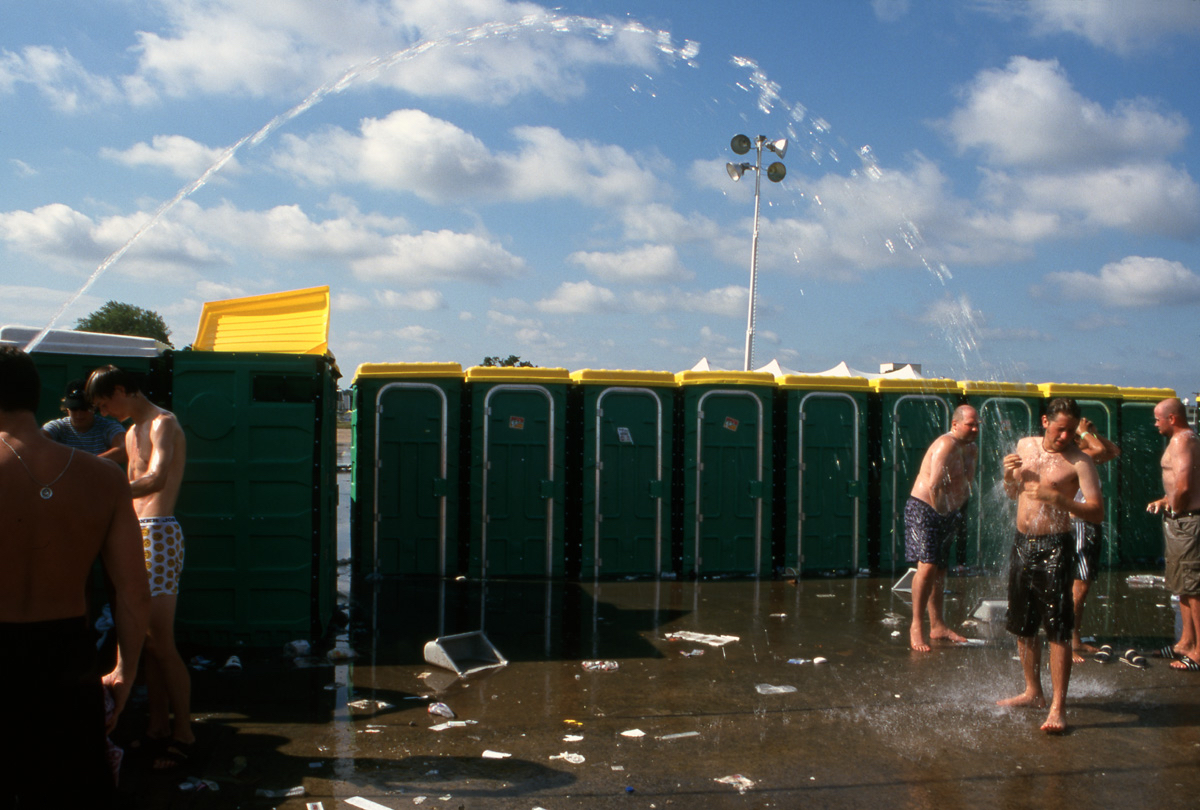 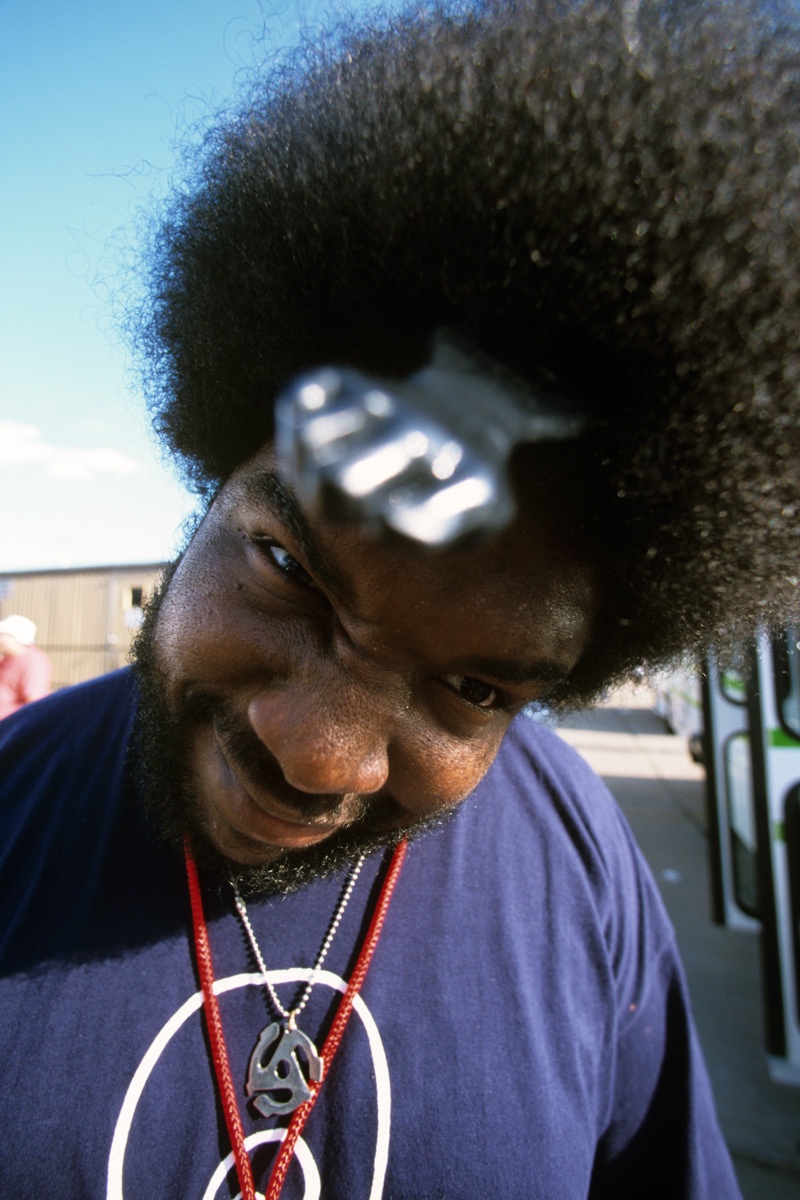 Questlove from The Roots backstage at Woodstock ’99 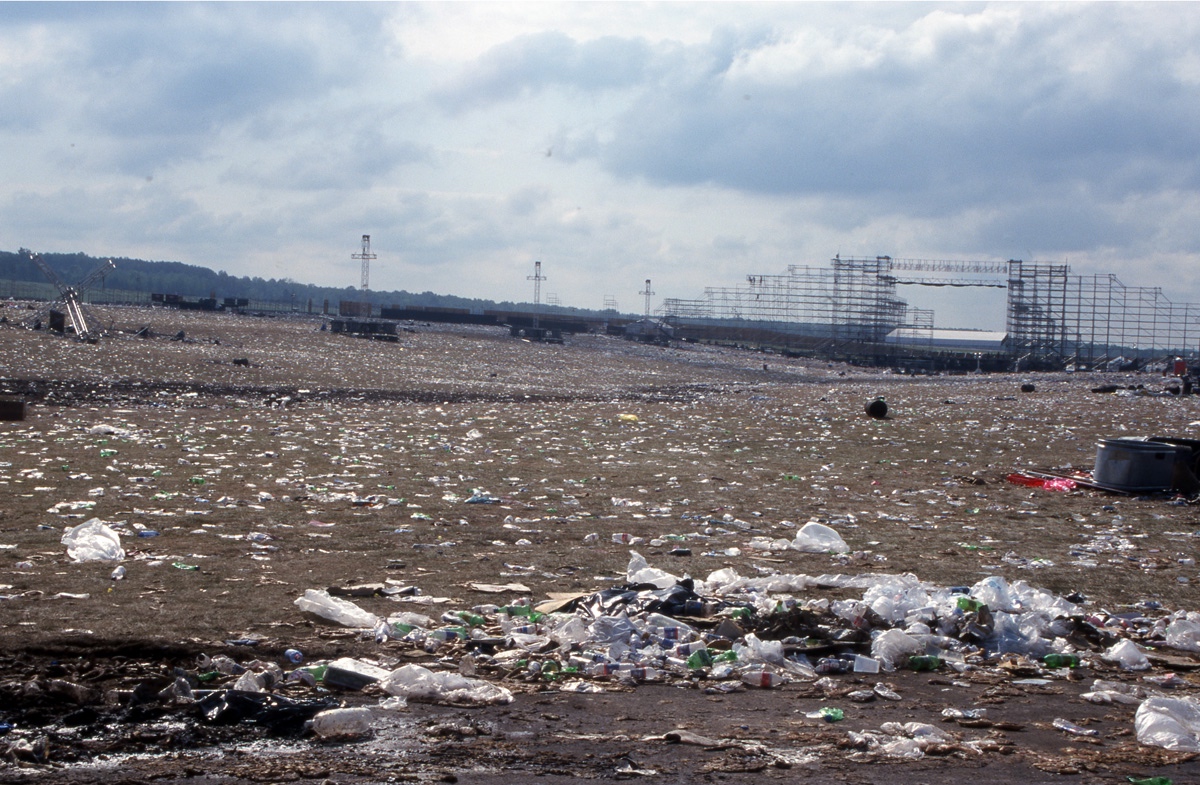 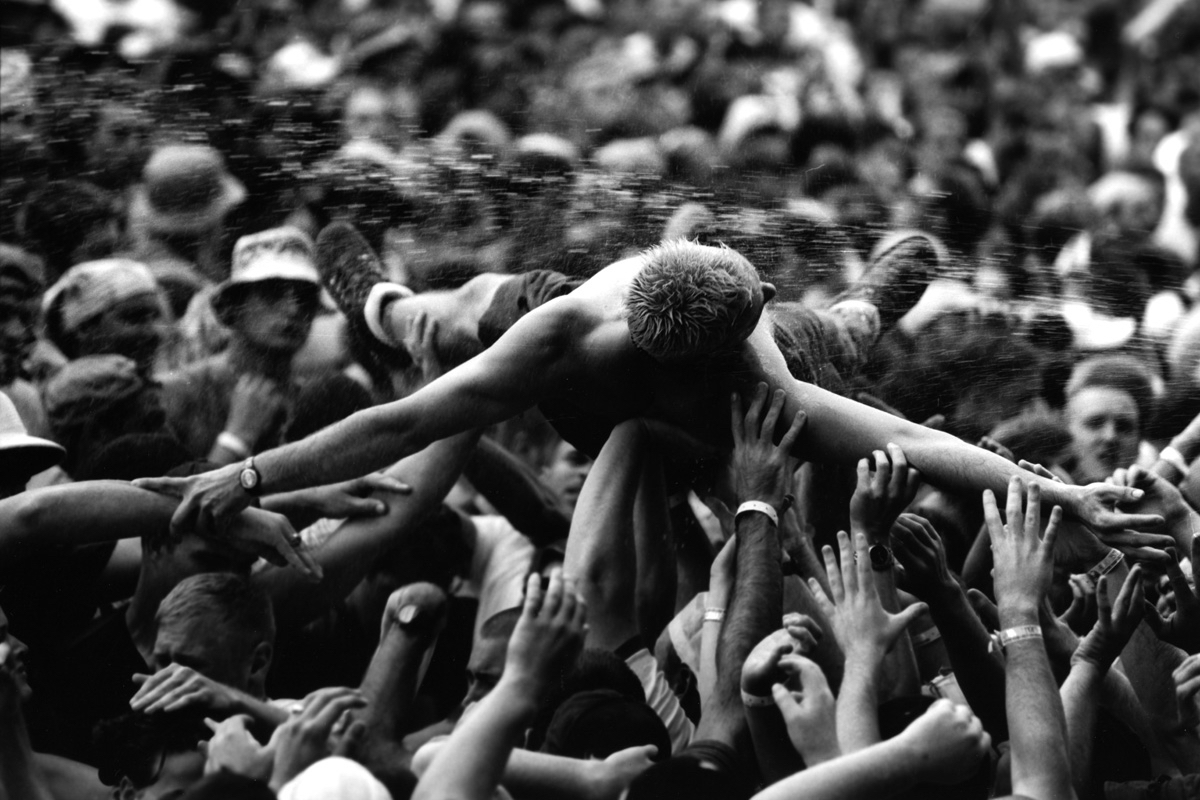 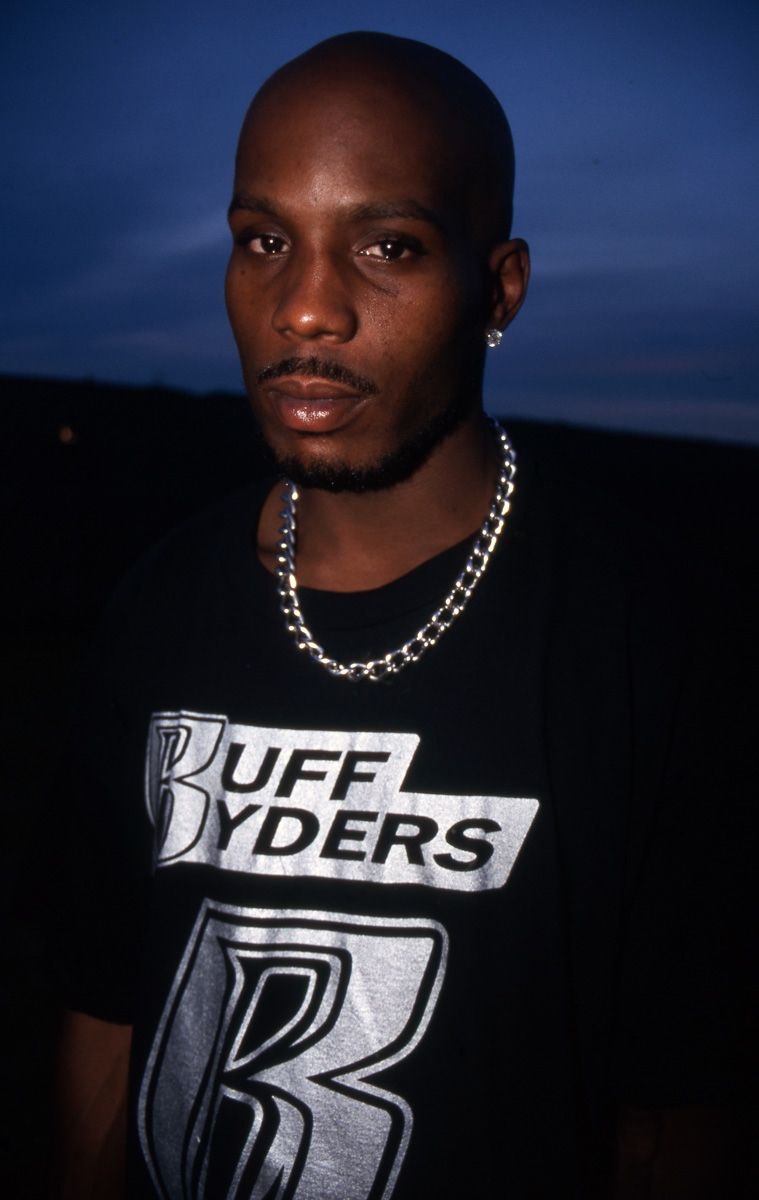 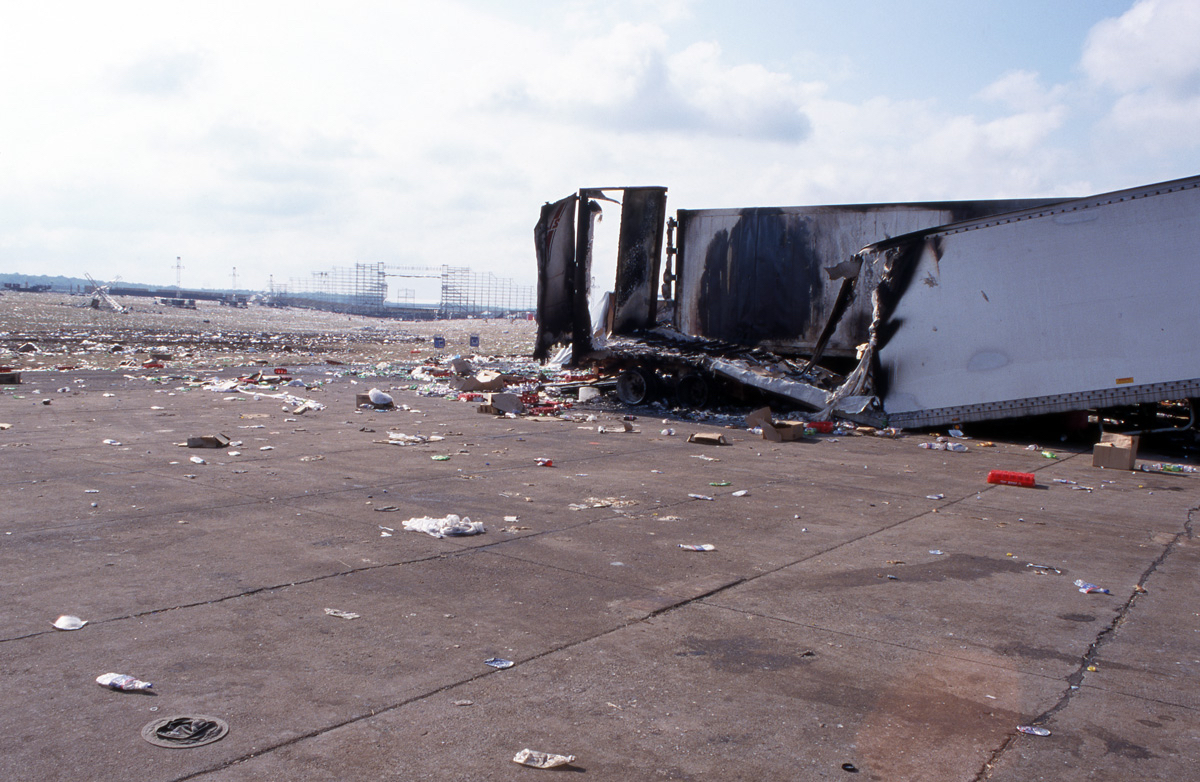 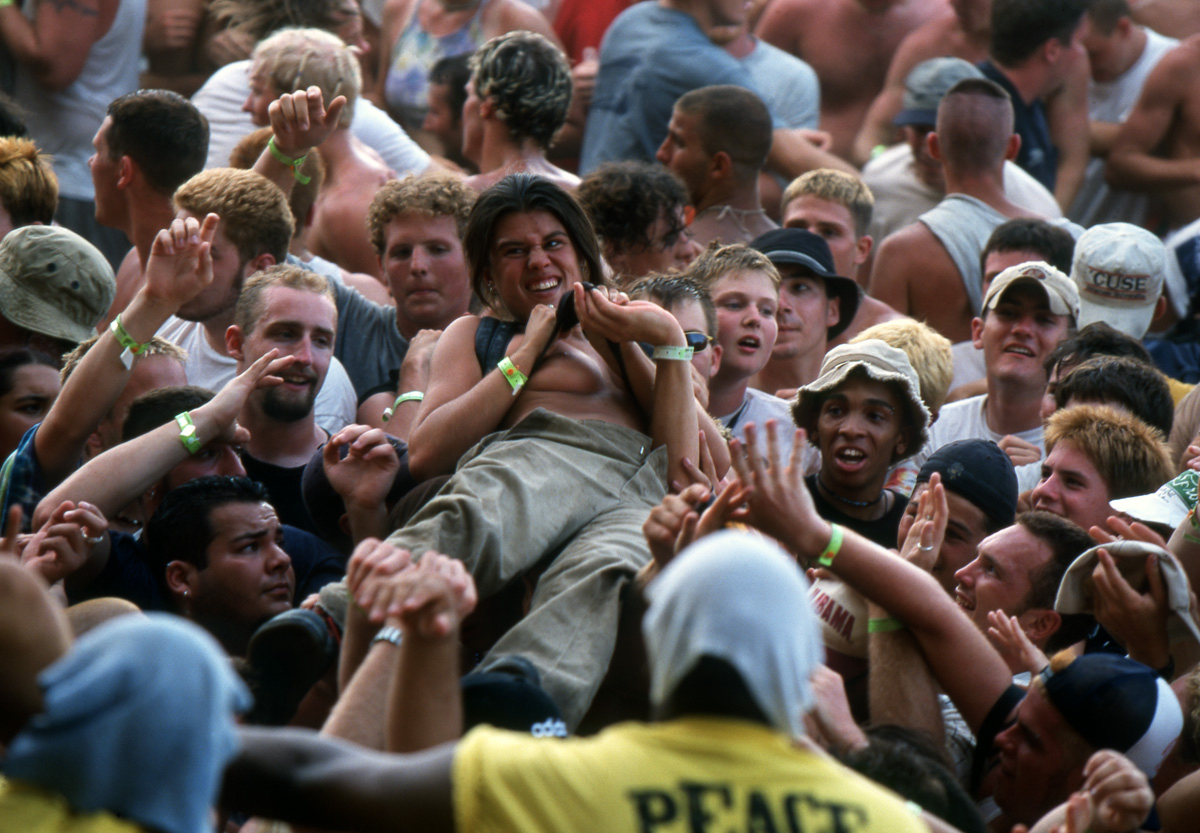 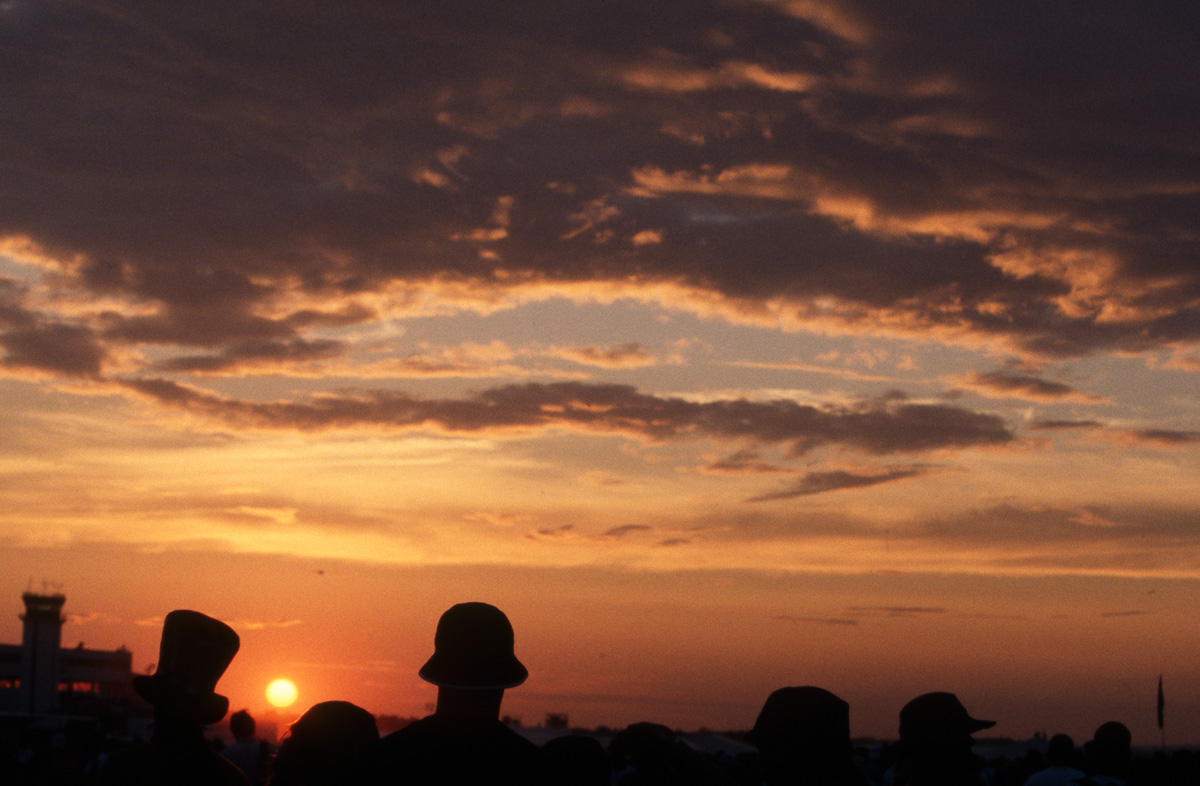 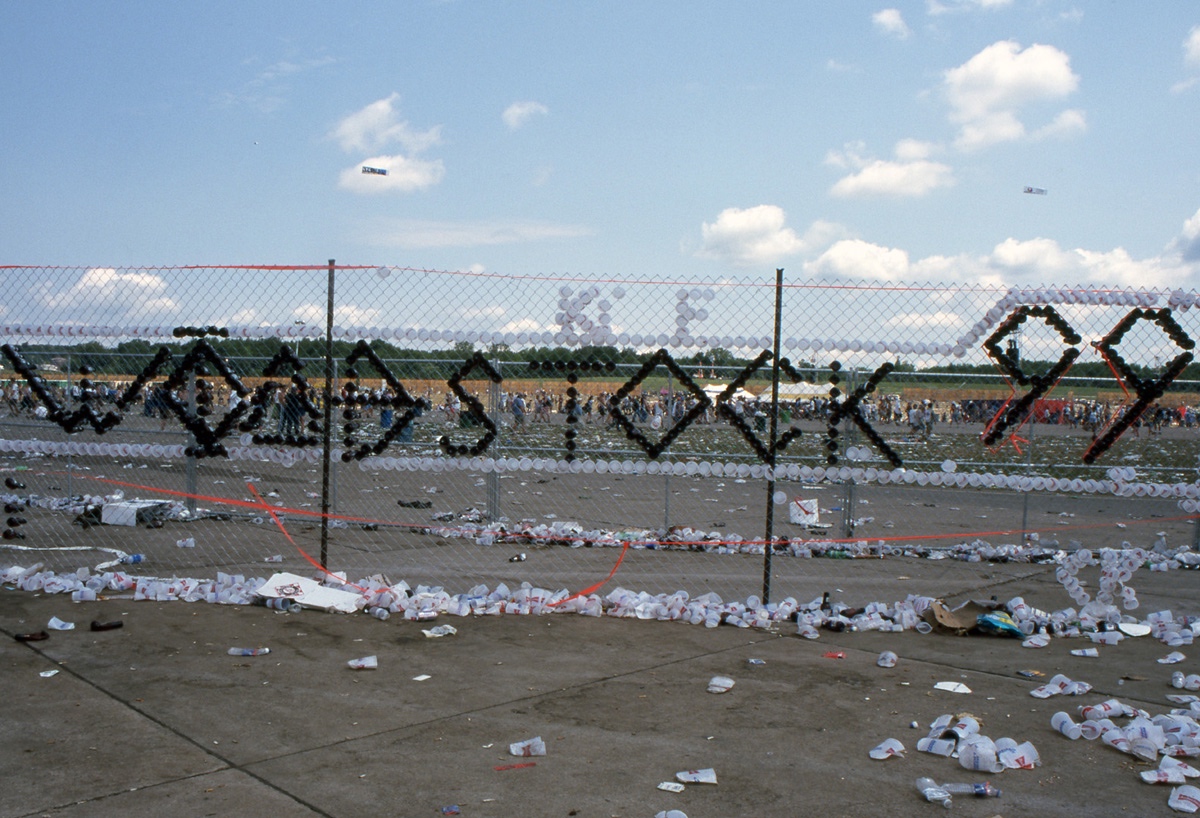 Linkedin
RELATED ARTICLES
OTHER ARTICLES
Those set to be impacted by the governments ’undemocratic’ bill explain why it risks silencing them.
From Brooklyn gang members, to Welsh miners and the residents of East Harlem, Bruce Davidson used his camera to shine a light on the most marginalised.
While the popular news aggregation service has been kicked off Twitter, its demise does not spell the end of digestible misinformation.
The novelist discusses his electrifying debut, which offers a deft examination of masculinity under late capitalism.
Jermain Cikic reflects on his experience of visiting the island of Samos, Greece, in the summer of 2021.
The internet furore surrounding a certain NY-based furniture designer should make us question whether condemning people in the harshest possible terms harms more than it helps.