Issue Archive / Romare: The music savant behind one of 2016’s best albums 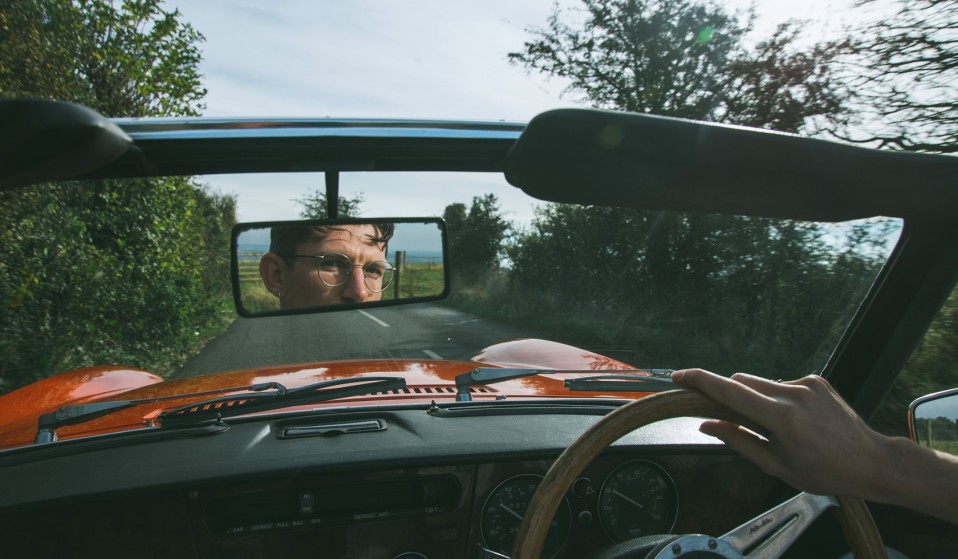 Out in the real world, Archie Fairhurst is searching for border-defying sounds that can be transformed into something timeless.

Out in the real world, Archie Fairhurst is searching for border-defying sounds that can be transformed into something timeless.

Early one morning, Archie Fairhurst was wandering the streets of Paris with friends when he stumbled across an unexpected sight.

An old man had set up an impromptu flea market in a small square, spreading out assorted trinkets like faded animal skins and an antique globe.

In among them sat a pile of battered vintage records. Archie (better known as Romare) leafed through the disintegrating cardboard sleeves until one jumped out. 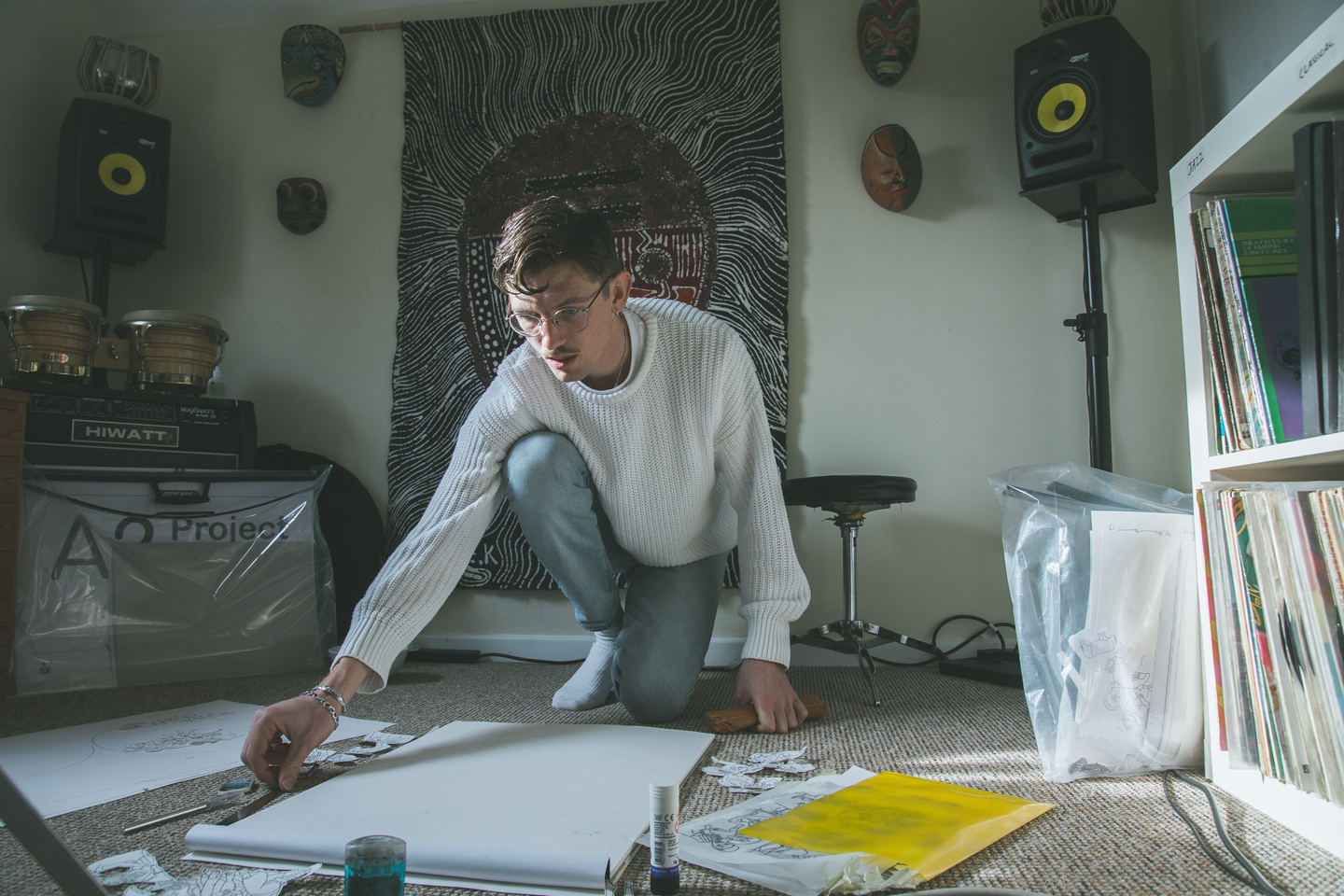 He couldn’t understand the French liner notes, but something about its artwork seemed special. It later became the vocal sample for ‘The Blues’ on his debut EP from 2012.

“Each time I hear it being played now, it brings back the feeling of that place, linking me to a certain point in time,” he says.

“There’s something special about stumbling across a piece of vinyl and then sampling it. There’s a context, a memory – you didn’t just order it online because you heard it on YouTube.”

As Romare, Archie fuses new and old elements to create timeless records which are fast becoming cult classics. While he sources all of his music offline, he’s not your typical crate- digging obsessive, scouring the globe for rare and coveted samples.

Instead, the journey begins when he takes cheap, mass-produced records plucked from job lots or charity shops, then dissects them for overlooked treasure.

“My creative process involves cutting it up, finding those weird or interesting aspects – maybe a break, a grunt or a little vocal passage, perhaps – then marrying them with records that speak to one another. 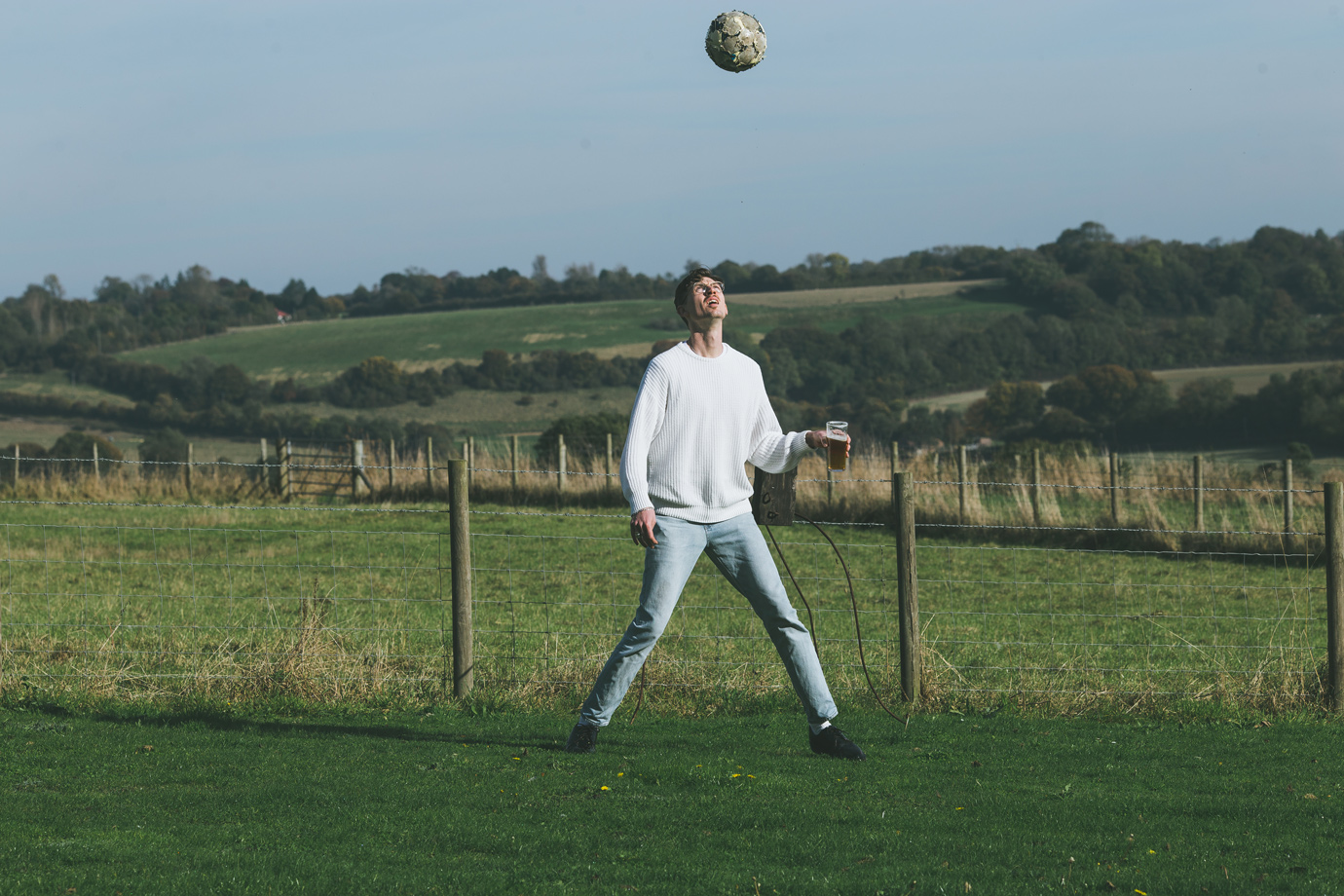 “As long as you’re trying to do something original and adding your own ideas, sampling is a very important art form in music.”

His kaleidoscopic collection of sounds are twisted and stretched into new forms, then woven together with his own lo-fi instruments and production techniques.

“I like cheap things,” he explains. “I use instruments that have a memory to them, a history for me.”

Archie’s staples are the Casio keyboard his brother was given for piano lessons when he was 12, the £30 drum kit he bought second-hand as a teenager, along with turntables and a heap of effects pedals.

He’s even sampled his grandmother’s recorder and his dad’s mandolin.

“We live in a world where it’s increasingly easy to make a song through the guidance of a piece of software or something online,” says the 27-year-old, who lives in Kent.

“But people really want to see or hear the musician showcasing their musicality. It’s important for the audience to know that what they’re hearing wasn’t generated on a computer, to hear something made with hands rather than with a mouse.”

With each record, Romare investigates musical heritage from around the globe. His breakout EP, Meditations on Afrocentrism, connected the dots between genres like blues and jazz to their roots in African music. 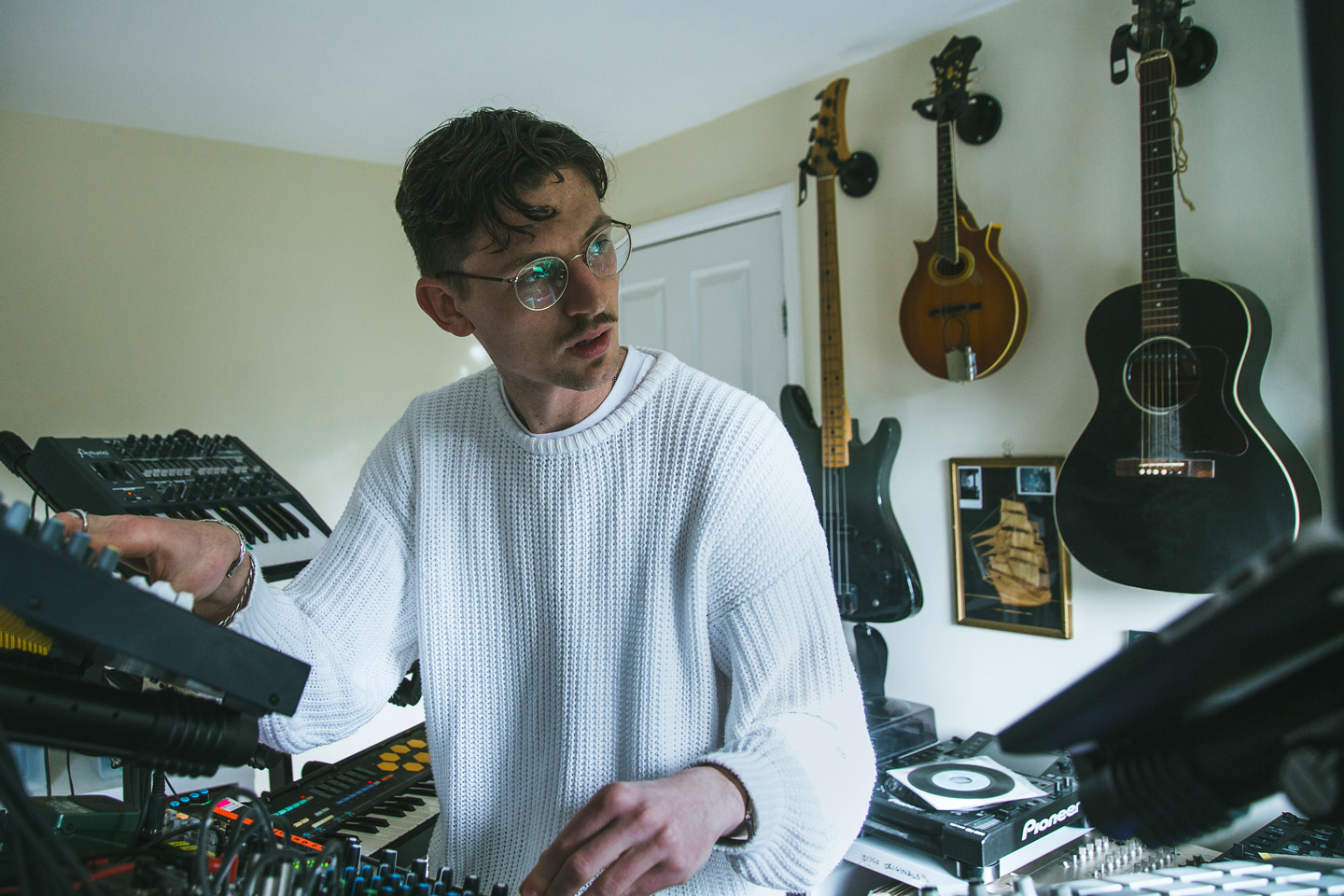 His latest LP, Love Songs: Part Two, draws on the broad emotional spectrum of the popular love song, from sultry soul numbers to the heartbreak of lost loves. It’s a quest that’s been shaped by his own rootless upbringing.

“When people ask me where I’m from, I don’t have an answer,” he says. “I’ve always felt like an outsider wherever I’ve been living.”

As a child, his English parents moved the family around Asia while Archie studied at a succession of international schools before settling in England at 19.

“I guess that gave me a certain openness and explains why I feel that music is just an endless recycling of different styles across the planet,” he says.

When Archie discovered the work of American artist Romare Bearden, it inspired the perfect framework to translate those early influences into something of his own.

Born in North Carolina in 1911, Bearden spent most of his adult life in New York and established himself as the nation’s foremost artist working in collage and photomontage before his death in 1988.

He drew heavily on African-American culture in his work and co-founded the Harlem-based art group known as The Spiral, which played an active role in the civil rights movement.

“I liked the way Bearden created original, aesthetically appealing work through a mixture of his own drawing and painting, with existing media, like cut-outs of old photographs or record sleeves,” Archie says. “Where he used collage, I use sampling.” 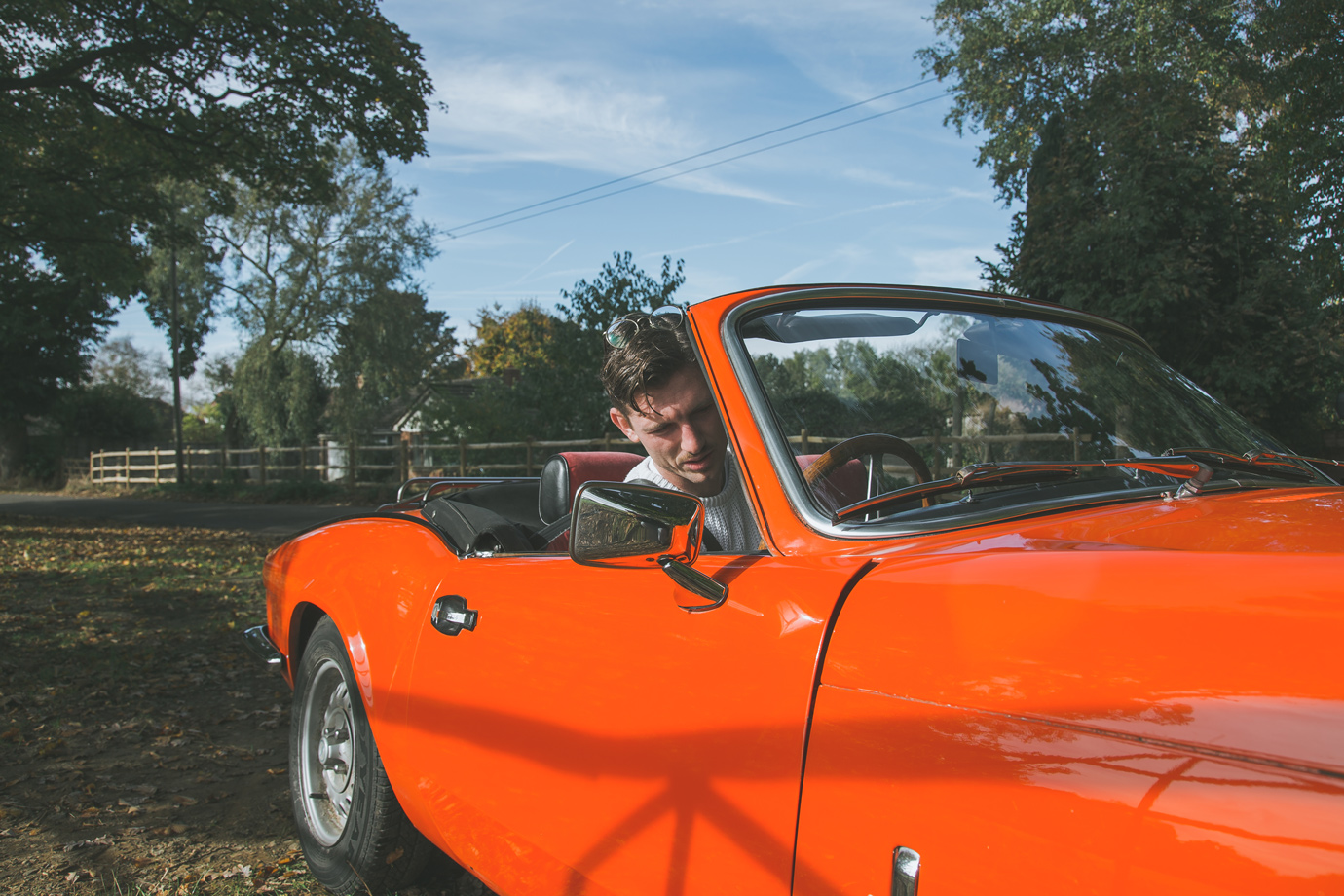 Bearden lived in Paris for a while and was influenced by European art but was never limited by where he lived. That ability to mix cultures and traditions reflects Archie’s approach to music.

His productions and DJ sets effortlessly dissolve the labels we place on sounds, requiring no prior knowledge – only the willingness to open your ears and listen.

“When you hear something great, it creates such an emotional reaction that you don’t stop to judge it by where it comes from,” he says.

“When you mix sound from different genres, cultures, continents or time periods, that’s where you can create some real magic. That’s what makes it such a great way to get people to lose their prejudices. Regardless of where they live, what background they come from, their ethnicity or their level of privilege, people can share the same profound enjoyment from a piece of music.”

Love Songs: Part Two is out on Ninja Tune.

Linkedin
RELATED ARTICLES
OTHER ARTICLES
A new series of photos by Johny Pitts shines a light on communities and subcultures that have all too often been overlooked.
From the early originators to the female writers at the forefront of today’s scene, we talk to the artists redefining graffiti’s consciously macho origins.
An abortion storyteller talks about the termination of her pregnancy and the harassment she’s received for sharing her story online.
In the latest instalment of Photographers in Conversation, the creator talks portraiture, platforms and taking inspiration from Little Simz.
Tough fines and arrests for drug possession and supply is pushing festival-goers towards unsafe measures to consume or smuggle in their substances.
A woman from Texas explains how she was forced to consider the criminal liability she might face for medication abortion over her health.