Issue Archive / The story of Royal Trux: a cult band that re-shaped rock 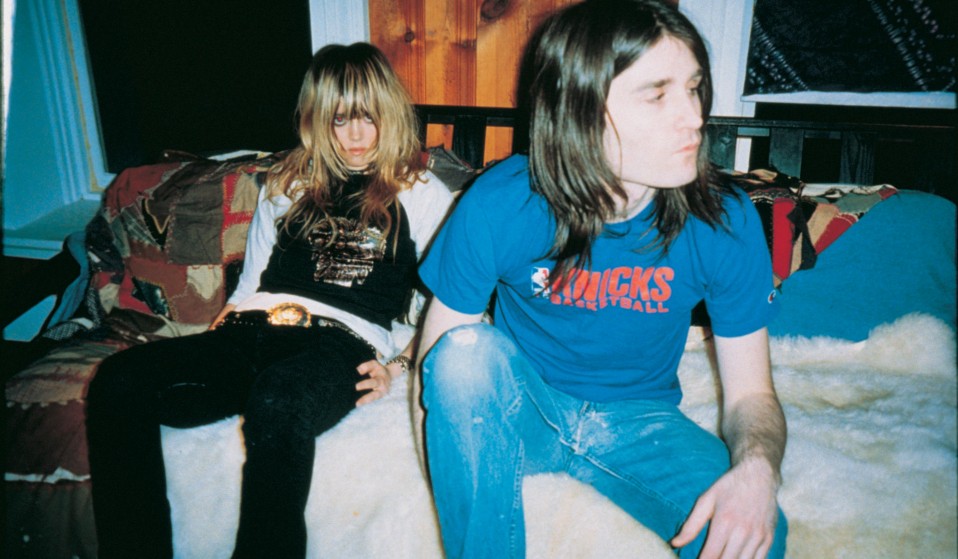 Photography © Feature image: Nina Gouveia. For all others, see captions.

As maverick outsiders, Royal Trux proved too eclectic for mainstream tastes. Now, 15 years after breaking up, they’re ready to admit that some journeys never end.

Royal Trux struck gold when a major label offered them a million dollars and full creative control. But as maverick outsiders, the band proved too eclectic for mainstream tastes. Now, 15 years after breaking up, they’re ready to admit that some journeys never end.

In a sweaty club in Hackney, East London, an unlikely mix of people look like they couldn’t possibly be waiting for the same thing. Goths, jocks, punks and many more besides have all gathered to see Neil Michael Hagerty, formerly one half of the band Royal Trux.

It’s just his second visit to the UK since they broke up in 2001. Despite being too weird for the mainstream, too unpredictable for the underground and too stylish for the avant-garde – their stature as a one-off has only solidified.

At the bar out front, a scruffy teenager in a trench coat taps the shoulder of a portly man in his fifties.

“Is this gonna sound like Royal Trux?” he asks hopefully, an amphetamine edge to his demeanour. The older guy turns around with a smile, glad to be asked but caught off-guard. “Ummm… well, kind of. Maybe. It’s hard to say.” 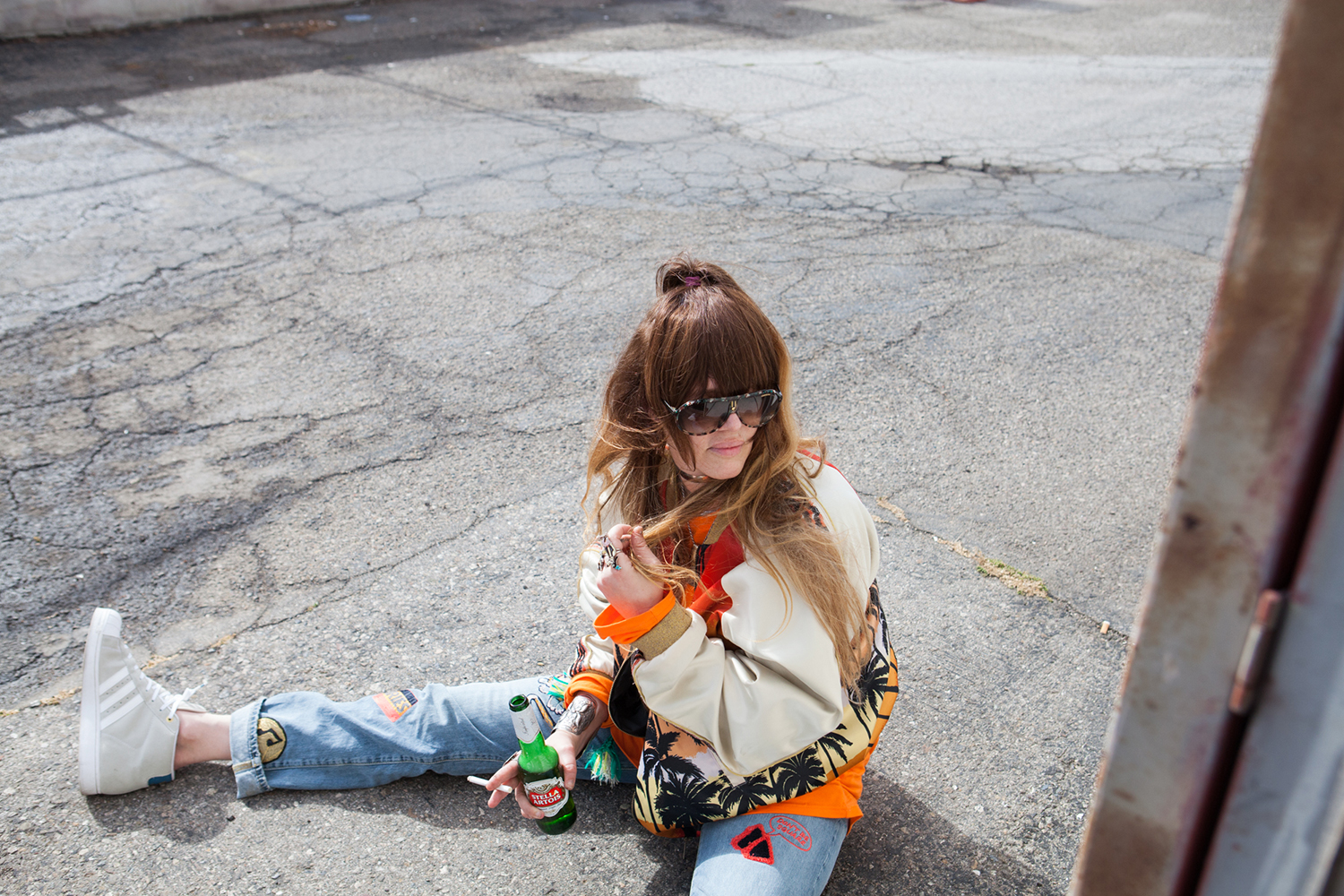 Jennifer Herrema outside her studio in Costa Mesa, California, 2016. Photo by Jessica Chou.

The correct answer would be no. Royal Trux never cared for a designated sound let alone a fixed following. Blazing through nine albums in 13 years, the husband-and-wife duo’s scuzzed-out style of rock had a way of piling unconventional ideas on top of each other. But then it all collapsed.

“People were like, ‘What the fuck are you doing?’” says Jennifer Herrema, the other half of Royal Trux, from her practice space in Los Angeles. “‘You have a great band, you have an awesome studio and a home; your husband is amazing and he’s your best friend.’

“But I was just in an alternate universe. My dad was dying. I started doing drugs again. I knew the cycle would continue unless I completely went off by myself and dealt with my shit alone. Neil didn’t see it coming, he didn’t get it, but I knew I absolutely had to do what I did.” 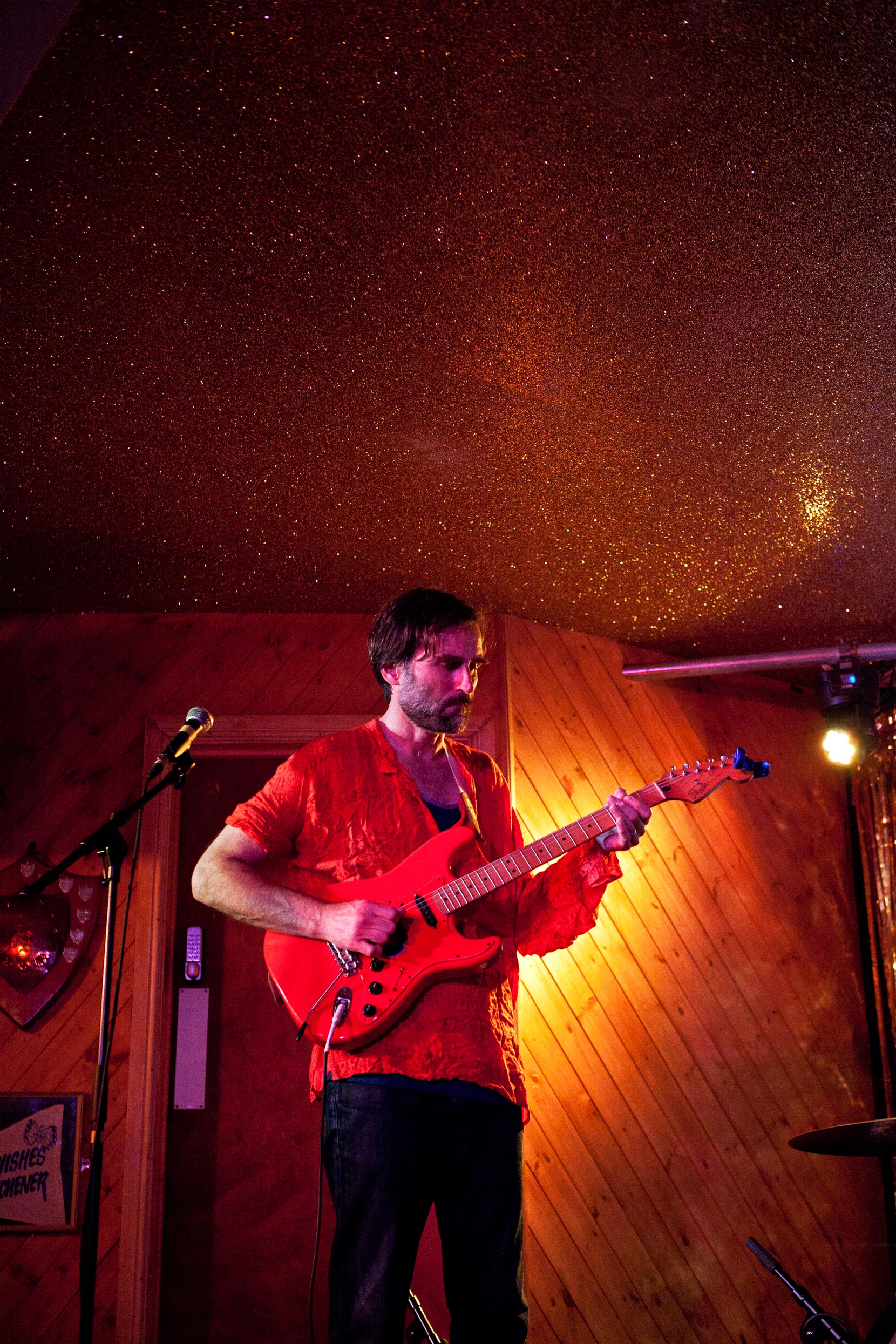 Herrema remembers being mesmerised by Hagerty from the moment she first saw him. She was 15 and had been living in homeless shelters in Washington DC. He was the 17-year-old guitarist for punk garage band Pussy Galore, having been raised by a military family who moved around the country.

Their chemistry together, formed over a spell hanging out in an abandoned warehouse, led them to move to New York and start a band. Herrema would be coolness personified: turning up at gigs at CBGB’s with an amp strapped to her skateboard, her eyes shielded by blonde bangs and aviator shades. Hagerty could be hard-headed and antisocial, but he knew how to execute ideas with dazzling attention-to-detail. 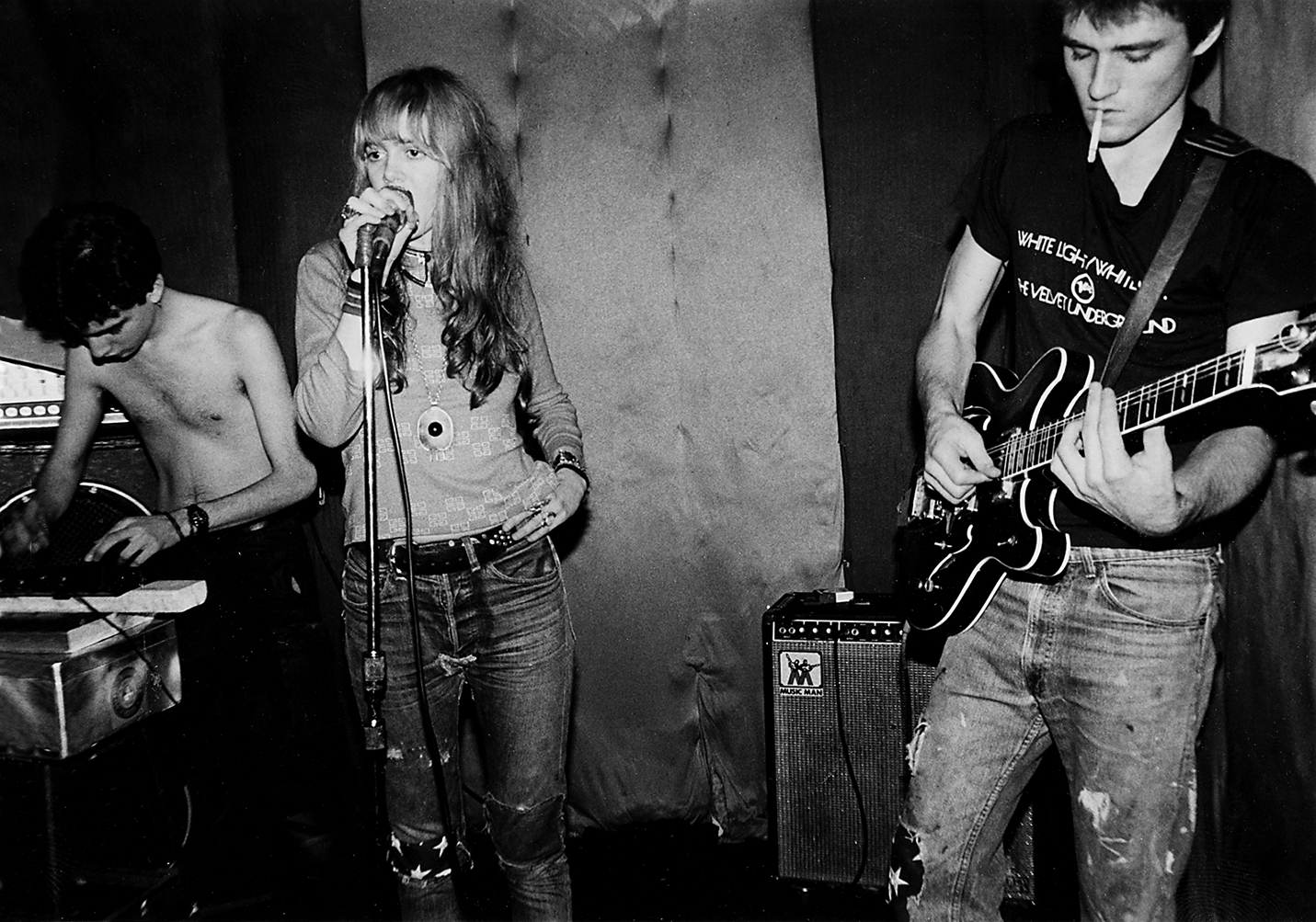 Royal Trux early on in their career. Photo by Nina Gouveia, courtesy of Drag City.

That combination proved irresistible to Dan Koretzky and Dan Osborn, the founders of indie label Drag City – future home to Pavement, Stereolab and Joanna Newsom. They launched the business just so they could give Royal Trux a platform. Koretzky remembers hearing 1990’s Twin Infinitives – the imprint’s first LP – and thinking it would change the world. Two thousand copies were printed and although it would take years to sell them, it became the standard by which every other Drag City release is judged.

By the mid-1990s, major labels searching for the next Nirvana started gambling on bands that might make a leap from the underground. As idiosyncratic as Royal Trux were – growling vocals, deconstructed arrangements and mercurial production – some saw crossover potential, or at least an opportunity to bolster their label’s credibility.

“The position I’ve always been in is that there’s no point in doing music where you’re trying to move the masses,” Hagerty says softly, speaking over Skype from his home in Denver. 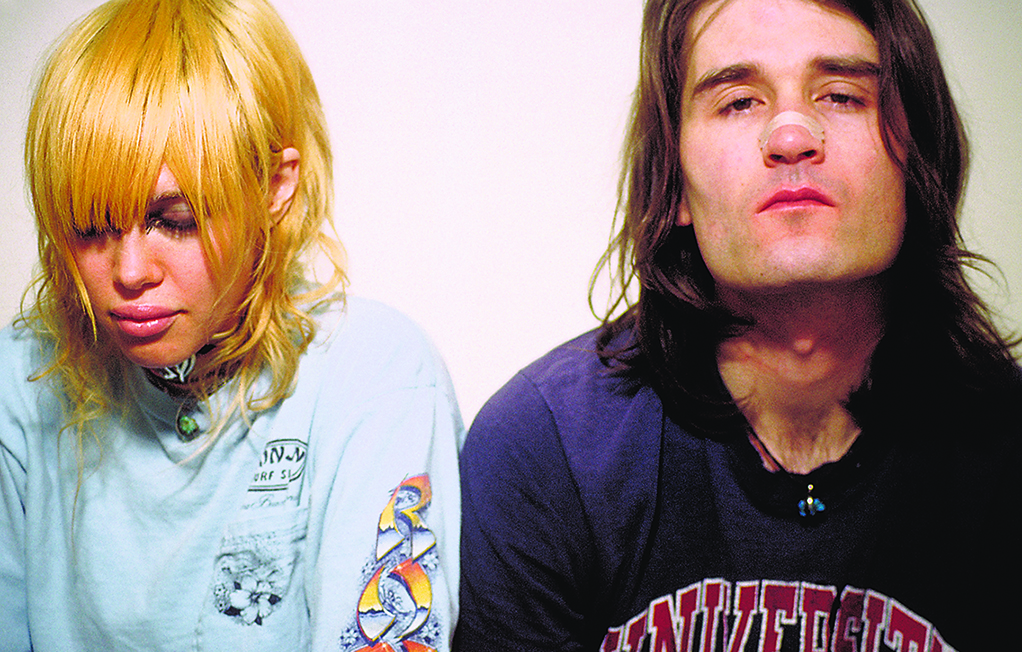 Royal Trux knew they were unlikely to make money from record sales, he adds. But if executives could be seduced by the band’s uniqueness, they were going to get everything they could out of it.

“I had no idea how recording contracts worked,” says Herrema, now 44. “That’s the beauty of it: I just wrote down what I expected. When I faxed it over to the lawyer, he called me and was like, ‘Um, Jennifer, you know this is a Whitney Houston deal we’re talking about here? This is crazy… but you know what? I’m going to ask for it.’ And he did. And they said yes.” 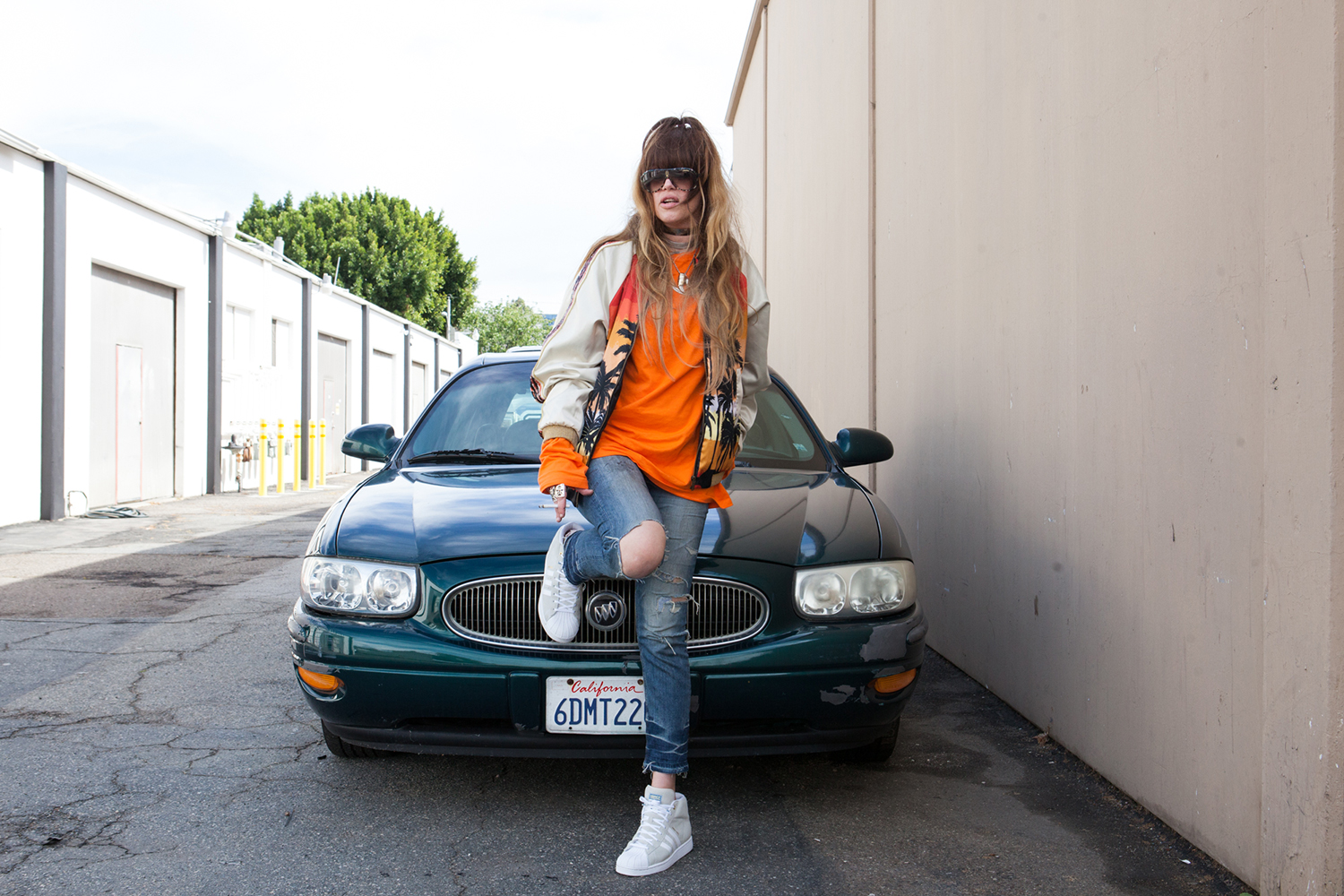 Their vision, by contrast, was one of complete independence. They decided to retreat to rural Virginia and kick their heroin habit, buying a five-storey house with a studio and 10 acres of land.

“I’ve always lived in inner cities, which was hard even at a young age, struggling with drugs and other distractions,” says Herrema. “So when we got money, I wanted to put ourselves into a remote place where we could have our own world. 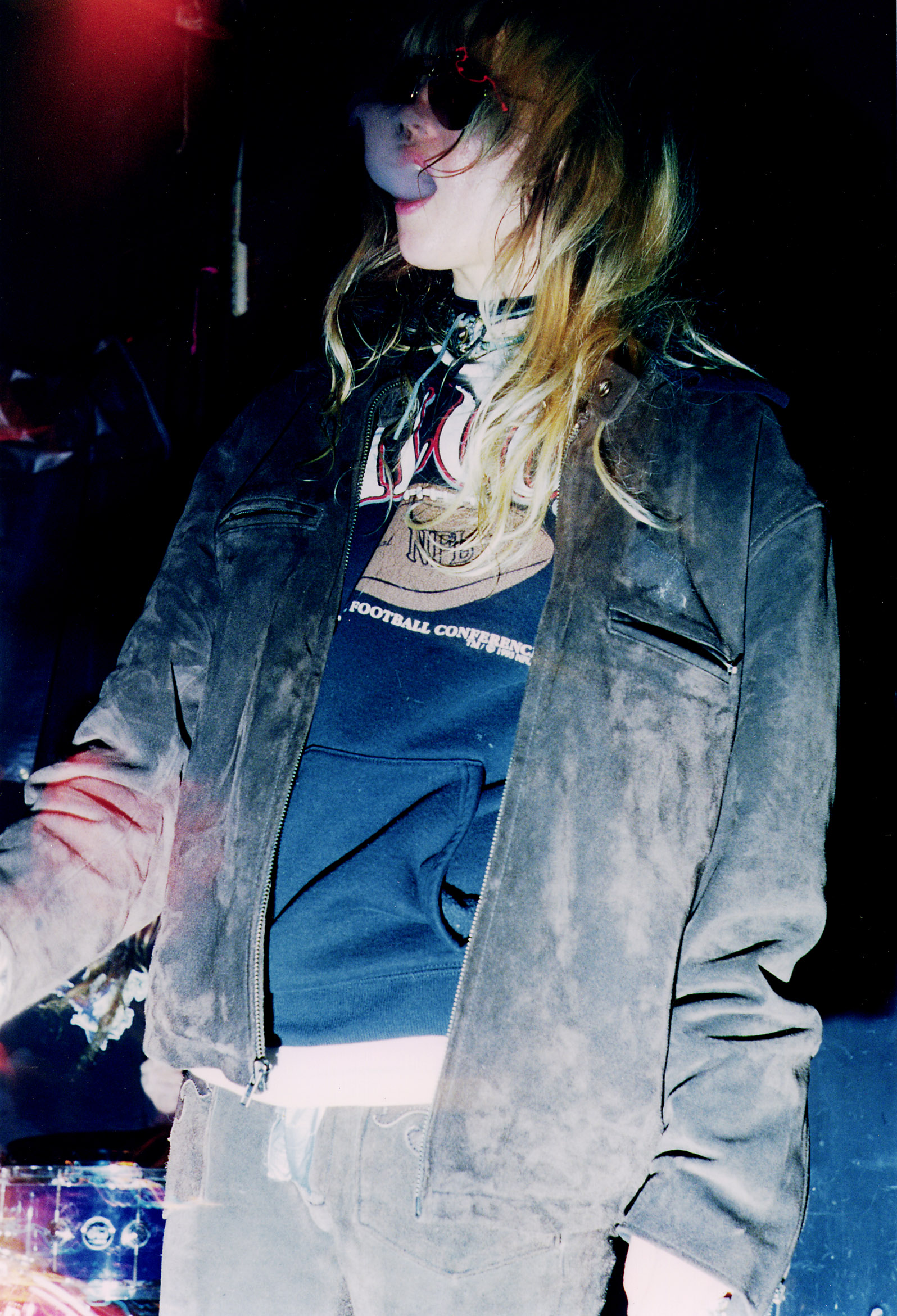 “Sometimes I wonder how the hell we got stuff done [before that] but the music was always more important than being high. We kept pushing through.”

The band got to work on a trilogy intended to revise the sounds of the ’60s, ’70s and ’80s through their own prism, free of outside influence. But two albums in, following 1997’s Thank You, Royal Trux felt like the label didn’t get their music or even know what to do with it.

Their solution was to talk Virgin into paying them to go away – funding the band to release the third instalment of their contract (1998’s Accelerator) through their old label, Drag City. 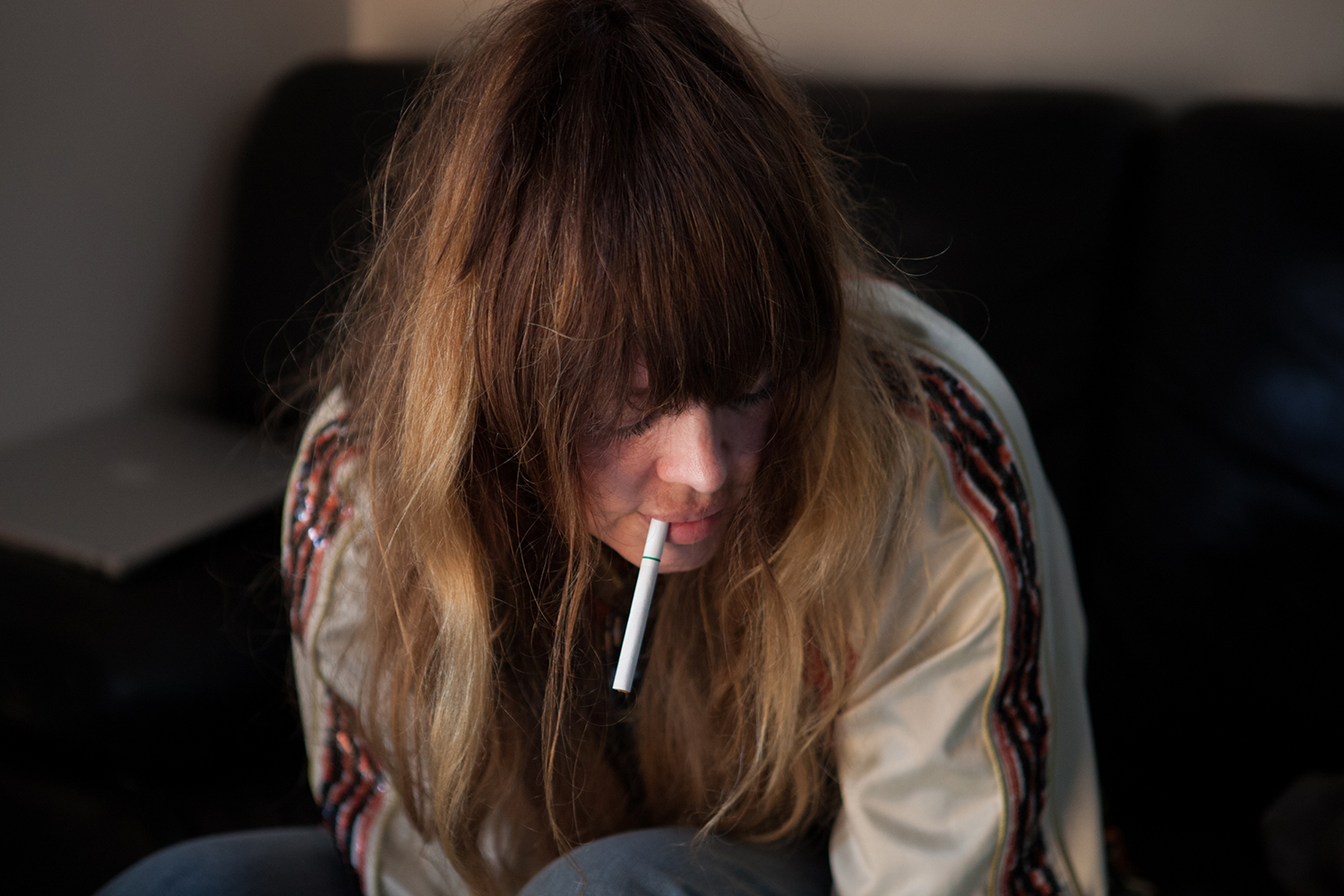 Just three years later, Herrema relapsed mid-tour under the strain of her father’s ill health, forcing the couple to split. In the years since then, the band’s eclectic catalogue has continued to draw devotional followers – the sort who rarely agree on which album represents their masterpiece.

“They don’t have casual fans,” says filmmaker Amanda Milius. “People who like this band tend to be obsessive, smart, troubled and sometimes unemployed – so there’s lots of time to hang out and discuss the nooks and crannies of what they may have been thinking on this or that record.”

Milius, who plans to make a documentary about Royal Trux, sees them as the last great band – a beacon of inspiration in a desolate cultural landscape.

Hagerty continues to record as the Howling Hex while Herrema, after rediscovering her will to make music, rebranded herself as RTX and later Black Bananas. 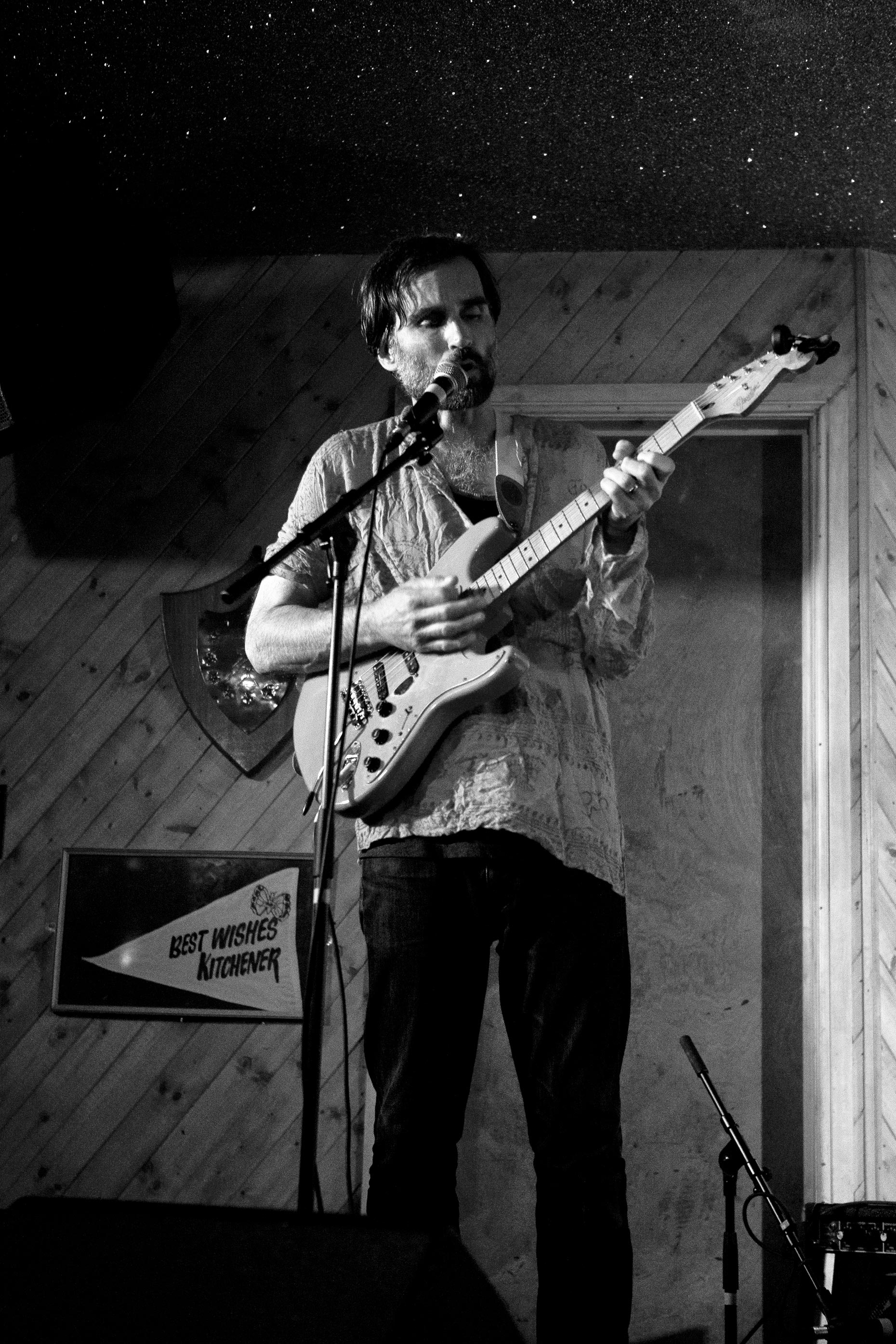 Both embody the same pioneering spirit, and both still record for Drag City, but there’s a lingering sense among fans that their greatness has gone unrecognised.

“It taught me that when you make something very, very good only a small few will appreciate it – like only very few can even hear the frequency you’re making,” says Milius.

“I don’t say that in an elitist way where I’m pleased that that’s how it is, but that’s how it is. It [takes] a real kind of bravery and integrity to stick to what you know is right and good, when you know that success means you will be ignored, rejected and stolen from.” 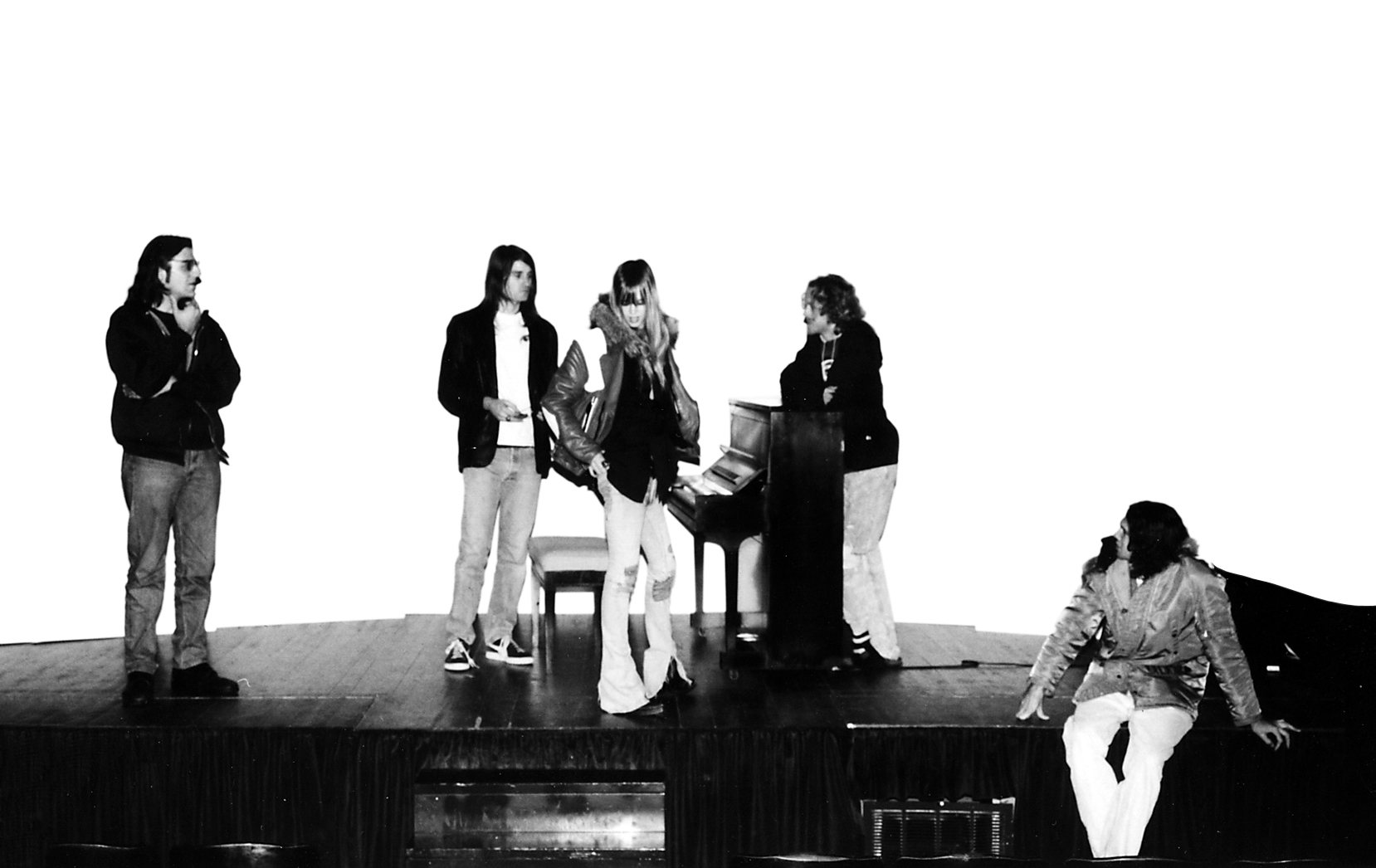 Last year, after turning down countless offers to reform, Royal Trux surprised everyone by announcing a one-off show together in California. A date in New York was announced not long after. Then another one in Chicago, followed by another in Austin.

“It could’ve been a huge disaster – embarrassing too – like, ‘I should’ve left it,’” says Hagerty. “I really got over that question completely this past year. I thought I had a chip on my shoulder… but it was like, ‘Wow, I really have nothing to prove.’ It was coming completely from the audience [as opposed to trying to win them over]. They were shaping it. It was wild.” 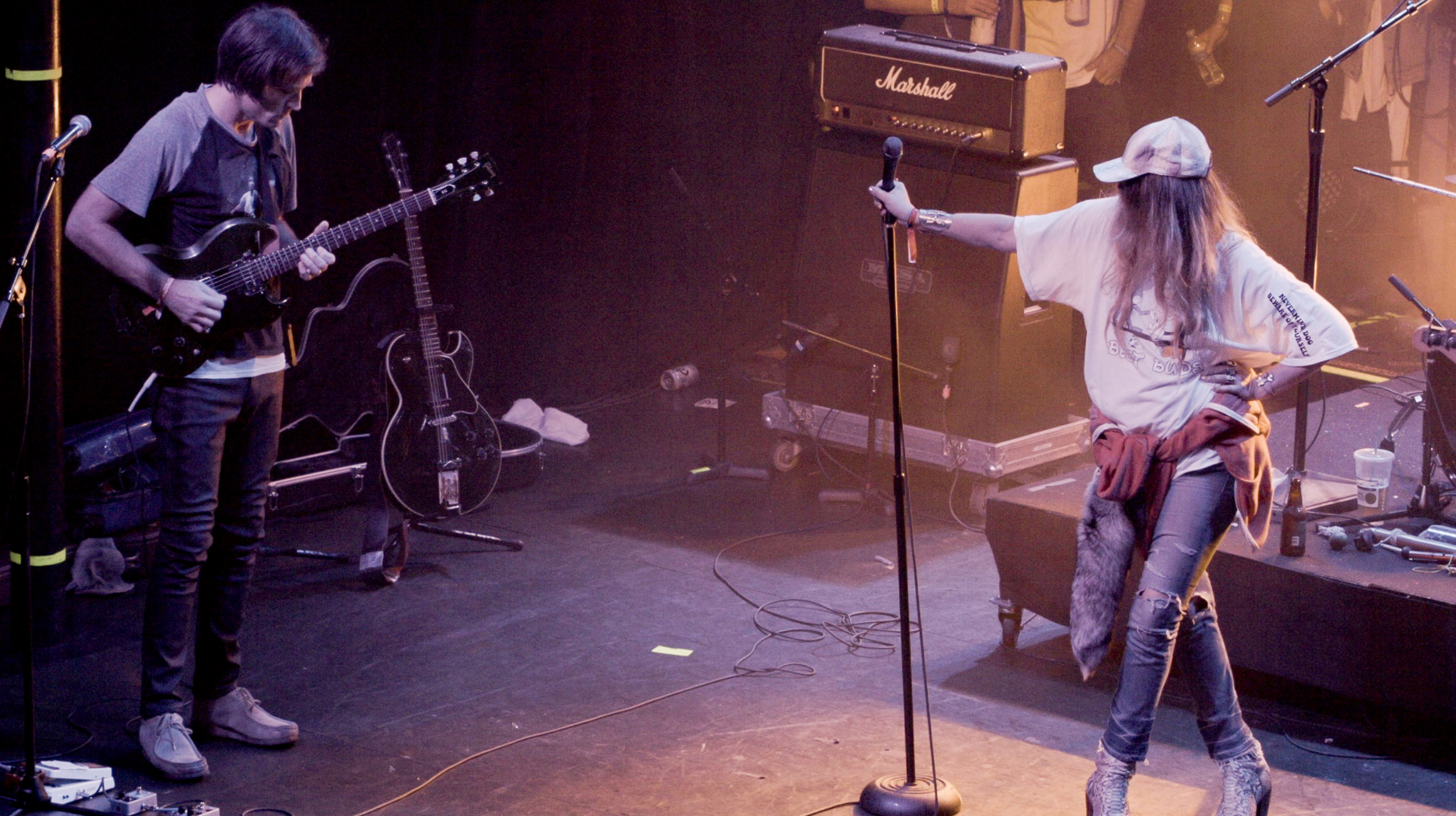 For Herrema, it felt inevitable. While Hagerty thinks they might have had a breakthrough if they kept going, their legacy never felt like a missed opportunity to her. “[Breaking up] was so weird because we were the same person,” she says. “We were inseparable for 15 years, experiencing everything together. Then when we split, that was it – 100 per cent [over]. I never spoke to him again.

“He emailed occasionally about our cats but I knew that he was pissed. And although we never discussed it, I always had his back. I never stopped supporting him.” 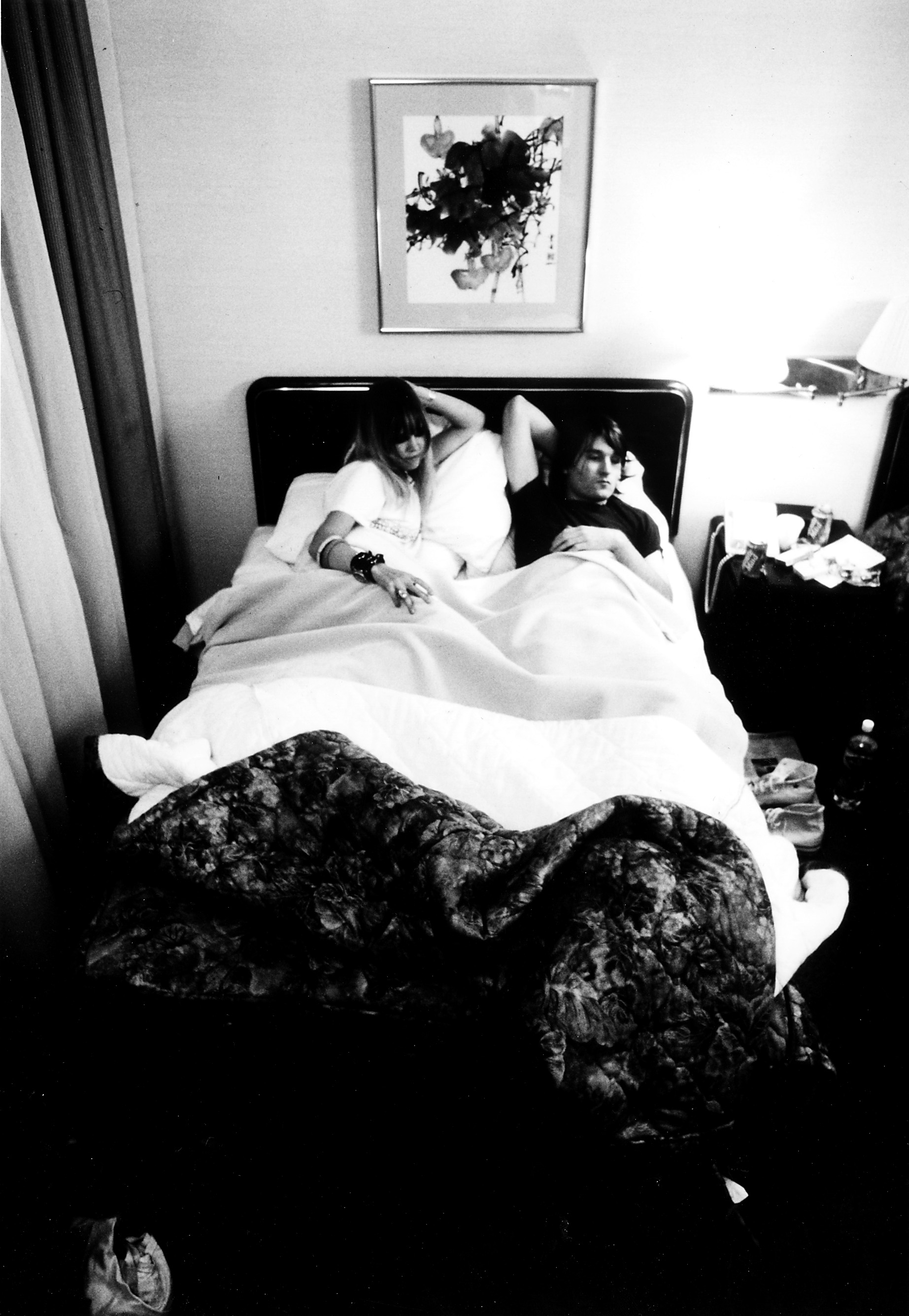 Herrema and Hagerty while still a couple, 1998. Photo by Patsy Desmond, courtesy of Drag City.

In preparation for the first reunion show, they both picked two songs from every album – using the overlapping choices to form a setlist. Herrema normally doesn’t revisit old material but she felt blown away by the inspiration behind it all. There was no need for air-clearing meetings or thorough rehearsals. They basically just turned up.

“When I finally saw him again, it was exactly the same – his manner, the way he looked. Everything fell back into place naturally. After the show he was like, ‘So we’re all good now?’ And I was like, ‘Yeah, I’ve always felt that way.’ He just looked at me and said, ‘Well, I’m all good now too.’”

For all the cynicism that greets band reunions, it feels like pop culture might be finally catching up to Royal Trux. Herrema has been appearing in everything from the Avalanches’ comeback album to Judd Apatow’s new comedy series Love.

Hagerty, meanwhile, is working with Jason Pierce of Spiritualized and Hot Chip’s Alexis Taylor, both of whom place Royal Trux in the pantheon of musical masterminds.

Herrema says writing new material isn’t completely out of the question but, if they did do that, it wouldn’t be like other bands trying to revisit a bygone time. Royal Trux has never relied on a guiding muse, she adds. It’s always been about their chemistry. 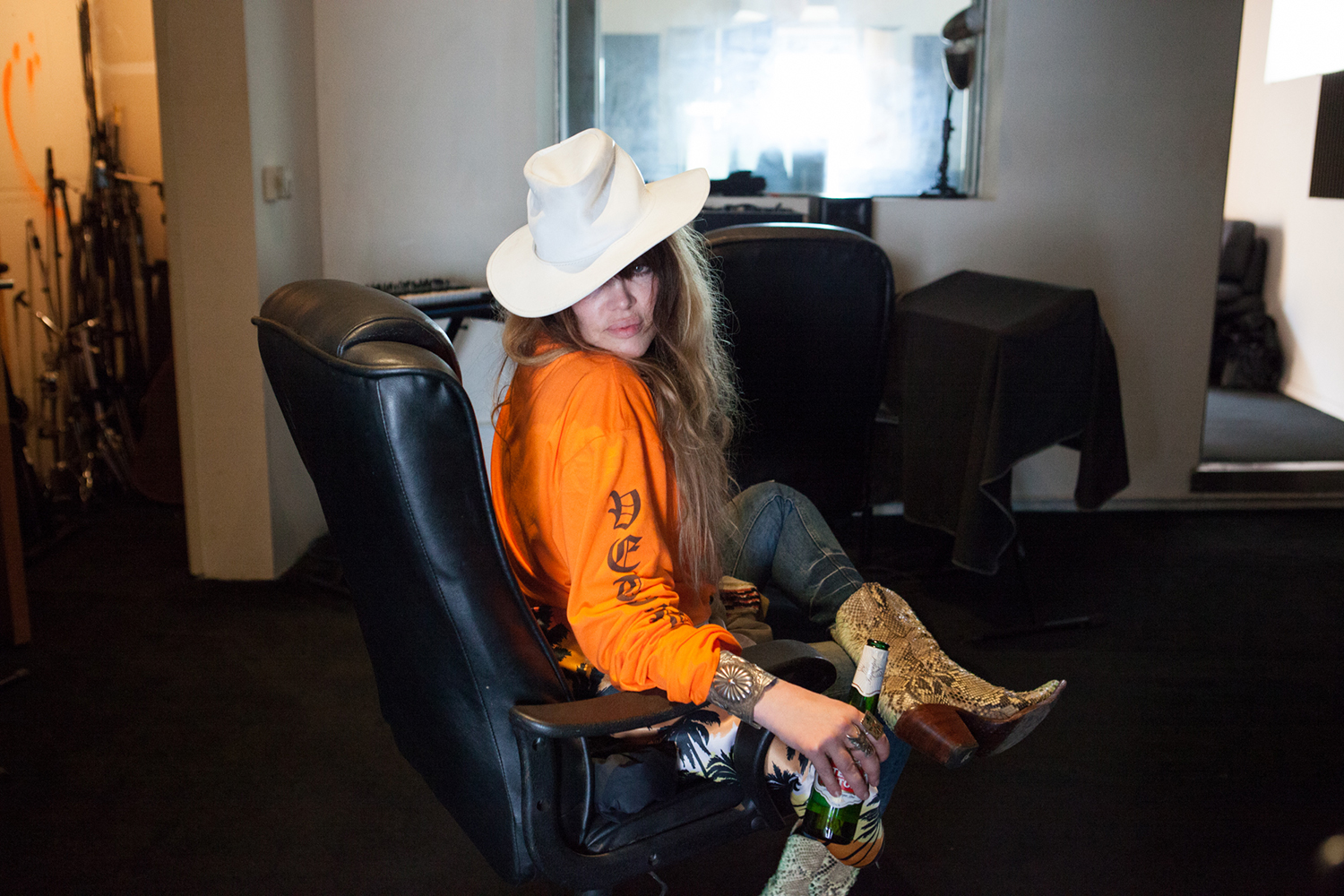 “This is a lifelong thing,” she says. “Even when we separated, we both went about that same way of living, but separately. I always knew that I was working with Neil even during all the years we didn’t talk. I knew it would come back around.

“It’s all part of a big picture. I don’t even know what this fucking thing is going to look like when I die, but I do know that it’s still being painted.”

Linkedin
RELATED ARTICLES
OTHER ARTICLES
A young woman recounts her experience of being harassed by anti-choice campaigners as she was seeking an abortion in Glasgow.
To mark the premiere of his new documentary on surfing giant Gerry Lopez, the filmmaker and former pro skateboarder sits down to share his unique brand of wisdom.
Susan Pektaş’s new photo series delves into multiple cultural layers of the region with a touch of personal mysticism.
Photographer Bud Glick recounts documenting everyday life in the area, and what it taught him about the Chinese immigrant experience.
In the latest instalment of Photographers in Conversation, the creator talks portraiture, platforms and taking inspiration from Little Simz.
We introduce our series spotlighting the voices of people who’ve been impacted by anti-abortion laws and anti-choice protestors.