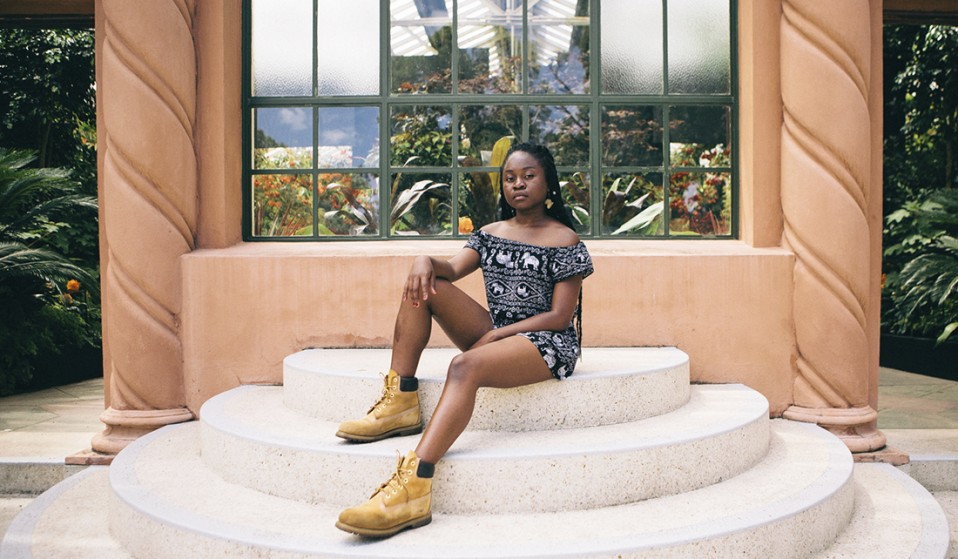 Sampa Tembo's family hoped she’d lead a conventional life: one where music was just a backup plan. But that was never going to happen. Instead she started opening for the likes of Kendrick Lamar and Joey Bada$$, winning acclaim for her socially conscious rhymes. Now, with a debut album on the way, the 24-year-old is primed for a major breakthrough.

Sampa Tembo's family hoped she’d lead a conventional life: one where music was just a backup plan. But that was never going to happen. Instead she started opening for the likes of Kendrick Lamar and Joey Bada$$, winning acclaim for her socially conscious rhymes. Now, with a debut album on the way, the 24-year-old is primed for a major breakthrough.

When Sampa Tembo adopted the name Sampa the Great, many assumed it was a declaration of her own brilliance – a hint of perceived superiority.

But for the 24-year-old rapper and poet (born in Zambia, raised in Botswana and based in Australia), that missed the point entirely.

“I think people see it as ego when it’s totally the opposite,” she says. “The amount of newness [in being] a professional artist engulfed me, so I put it at the end of my name for something to strive towards: the greatest version of myself.”

Since her debut mixtape in 2015, she’s stuck firmly in that direction. Pairing clever, intricate wordplay with a sound that plucks from jazz, gospel and reggae, Sampa has earned widespread acclaim: opening for the likes of Kendrick Lamar and Joey Bada$$, then winning the Australian Music prize for last year’s mixtape Birds and the Bee9 in MARCH.
https://youtu.be/oZ9o14s2v4I

Now Sampa is preparing a debut album on Big Dada, due out later this year. But for an artist who’s spoken about feelings of “imposter syndrome”, this journey has never felt straightforward.

Do you remember your first introduction to hip hop?
I went upstairs to my cousin’s bedroom and he was playing ‘Changes’ by Tupac. Everything stopped. It sounded like poetry and music together. Then ‘Until The End Of Time’ played and I was like, ‘Woah… what is this?’

Why do you think it resonated so much?
It was different but familiar as well. I guess I saw the similarities with music that I listened to, where it sounded like people were speaking on top of a song, rather than singing. That is what rap is to me: poetry spoken over beats. I was hooked. 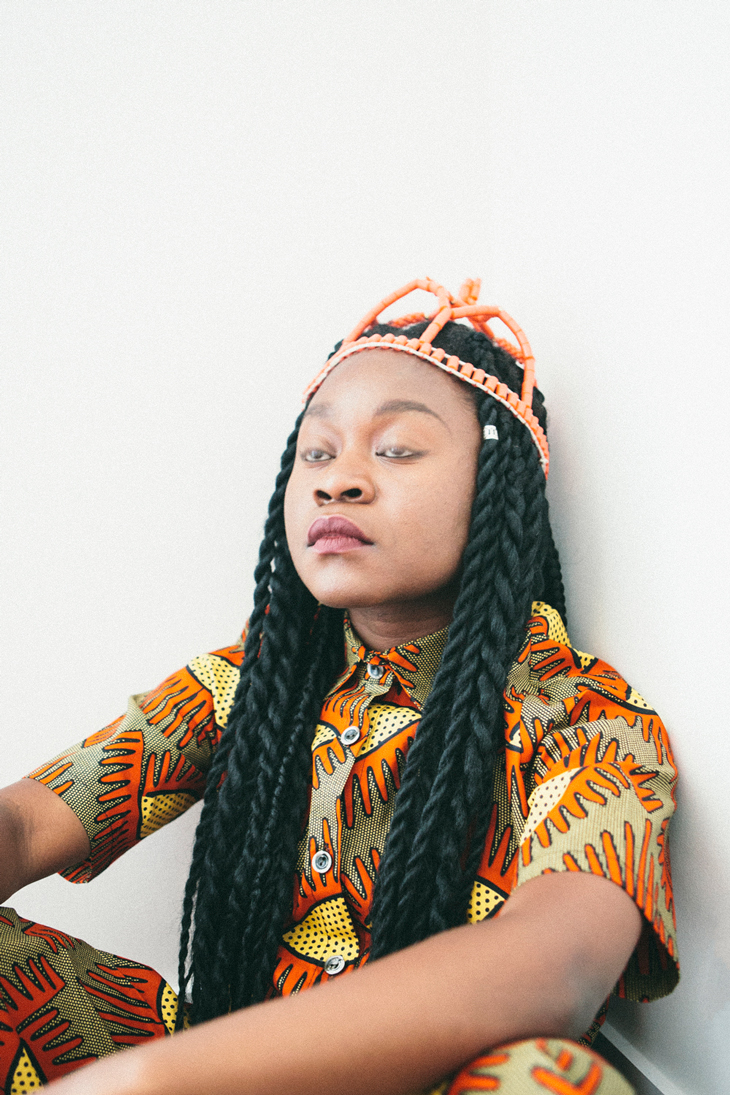 How did that evolve into writing your own stuff?
The first time I tried to write, it was because my parents had left me at school. Everyone else had already been picked up – I was like, ‘Okay… middle kid syndrome’ – so I opened my notebook up and started to write what I thought would be a song. Later on, I gave it to my cousin and he was like, ‘You didn’t write this’.

It went from writing song lyrics, to writing poetry, to writing spoken word, to writing rap – and performing it. We did this thing in high school where we’d have show and tell. We‘d have people playing drums, playing the keys… I just did my spoken word on top of it. They’d be like, ‘Oh you rap?’ and I’d be like, ‘Yeah yeah, I do poetry!’ They were like, ‘No, no – that’s rapping!’

Some of the boys at your school couldn’t comprehend a girl being involved in rap. How did that make you feel?
When boys told me I couldn’t rap because I was a girl, it made me want to prove myself even more. This was something that I loved and it was being hindered by other people – entities outside of me – and I didn’t understand why. ‘I love it, and I’m good at it, so why am I not being allowed to do it?’ So, it was about saying, ‘I am going to prove that I can do this – and better than you.’

Is it fair to say that leaving home and moving to Australia for university played an important role in your journey?
Yeah. I came out here to do my degree, but also to pursue being an artist without telling my parents. That, together with losing a close friend. Before, I was like, ‘Okay, I really want to do music… but my fear is playing a big role in this not happening.’ And since my friend did it – was doing it – but now couldn’t do it anymore, I think I owed it to myself to at least try. 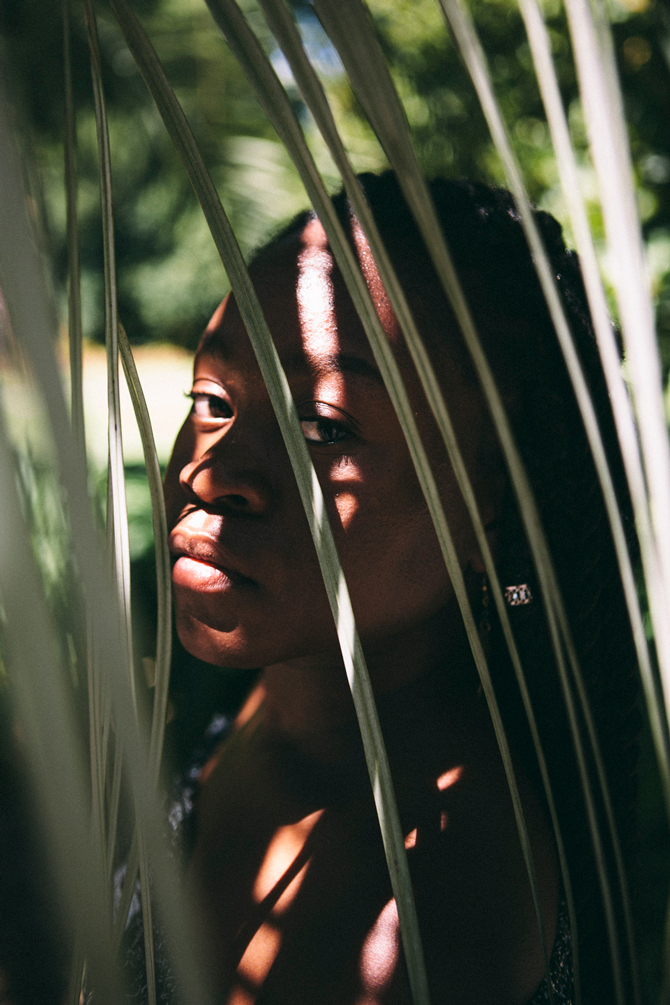 You released your first mixtape without telling your parents, right?
I told them it was for a uni project. They were like, ‘Yeah, okay, it’s for school!’ That was the only way I could get ’round it. After my degree was done, they came for graduation – which was the perfect time to be like, ‘Oh yeah, that group project we did for school? We’re releasing it, just to see…’ I think because it was associated with school, it could pass… though I was still worried. When they eventually found out, there wasn’t much convincing to do, because they had seen it all progress.

It’s a natural fear for a parent, I guess.
My dad paid for my piano lessons, he knew I loved music. They see this kid writing, singing, dancing – they know something was gonna happen. ‘You did this!’ [laughs]

But I think it was more making them comfortable and letting them know that I’d be safe, you know? You go into the music industry, in a totally different continent, an industry they don’t know – there was a lot of fear on their end for me as their child. It was just making them know this: this is definitely something I want to pursue and definitely something I will be careful about pursuing. 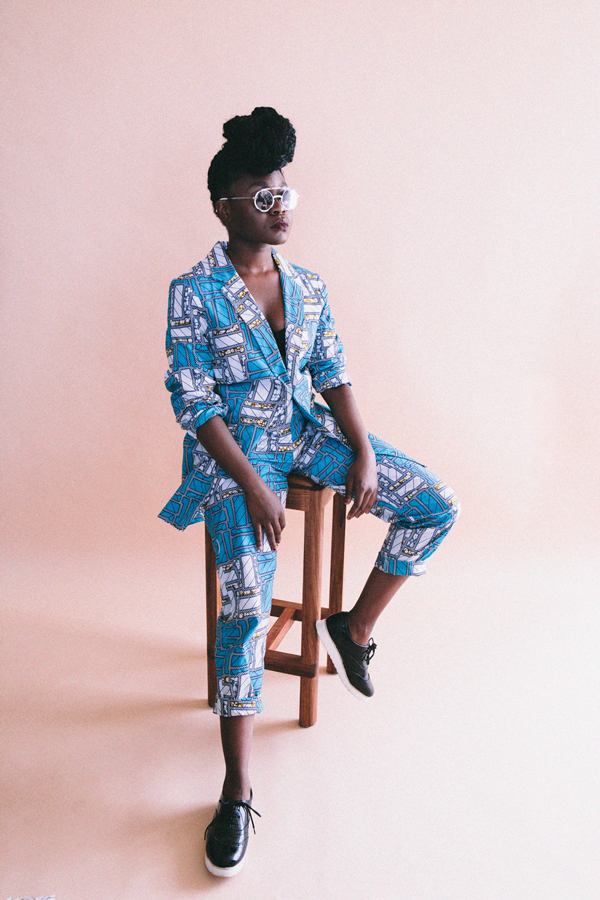 You’ve travelled and lived in a number of different places. How has hip hop played a role in those moves and transitions?
I think the one thing I found within these culture shocks was that laughter and music were universal languages. Everybody knows how to speak them. Hip hop crosses all these borders and boundaries – it’s this language already.

I remember reading a past interview in which you spoke of “imposter syndrome”. How did you overcome that?
At the beginning there were times when I struggled with imposter syndrome. I don’t get those feelings anymore. You overcome that fear by taking stock of the work you’ve put in. Just because you didn’t do it professionally, or it wasn’t in the public view, doesn’t mean the skills were’t being refined. Knowing you actually did the work is enough.

Birds and the Bee9 is a brilliant record. How do you feel it compares to your previous work?
In this genre, you get very good at what you’re good at already. Before, I felt very comfortable with what I was doing. ‘Rapping on beats? Okay, I’ll just keep rapping on beats.’

But to me, a good student is not only trying to master the things you’re good at [so that you] get better, but also to master the things that you’re really bad at – and see how to improve those.  The best example of that would be BB9. That was a body of work I was trying to make at the time of my first mixtape. But I didn’t have what it took to make it then.

Is there a particular piece of advice that you always find yourself coming back to?
The best piece of advice I’ve ever received was from my dad. It was to do with uniqueness. This is an ever-changing industry where it’s always onto the next, onto the next. I think if you start changing yourself for that sort of blueprint, you cease to exist. You don’t want that. So, I think you being you – your uniqueness – is the most important thing, because it’s super refreshing to not sound like everybody else. 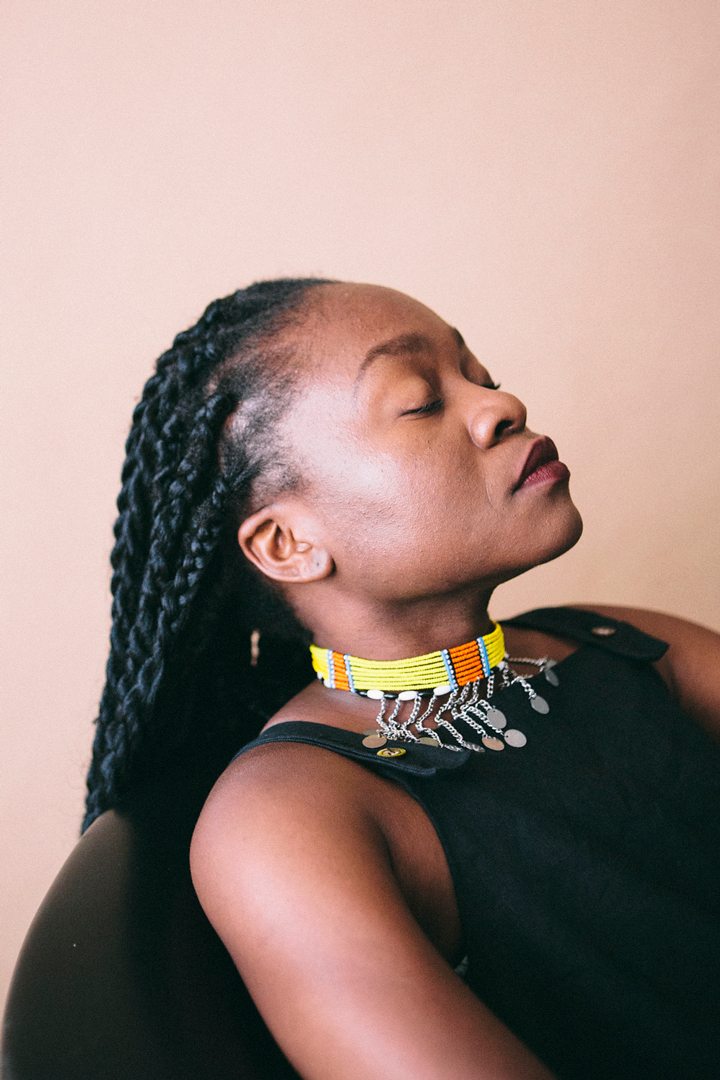 When it comes to plotting your journey as an artist, which moments really stick out for you?
My parents were visiting and we were showing my mum a video of me performing. Later, when everyone has gone to sleep, I come out of my bedroom to get some water and walk into the kitchen… My mum is sitting there alone, in the dark, and all you hear is her cheering. I was like, ‘Mum, what are you doing?’ and she just stares at me, looks back at the TV screen and puts her arm by her cheek.

So, I go and see what she’s watching – and it’s me. I’m just like, ‘What are you doing? It’s 2am.’ And she’s like, ‘I just can’t believe that little Sampa is doing this.’ Things like that hammer it home so much; help remind you that this is right.

Check out Sampa the Great online.

Linkedin
RELATED ARTICLES
OTHER ARTICLES
The last few years have seen an increase in LGBTQ-led initiatives to feed the hungry, with many finding ways to stay afloat despite the challenges.
Photographer David Hoffman recalls documenting the extreme wealth inequality around Tower Hamlets and Hackney int the 1980s.
In the wake of the decision by the supreme court to overturn Roe v Wade, thousands of protestors filled the streets to express their rage and anguish.
The author discusses the all-consuming nature of heartbreak, and turning the experience into an incisive exploration of love and loss.
Photographer Matthew Brookes recalls following a group of young people in Venice Beach living in search of the perfect wave.
In her new book, the author explores the country’s housing crisis in human terms and calls for radical action to address a broken system.