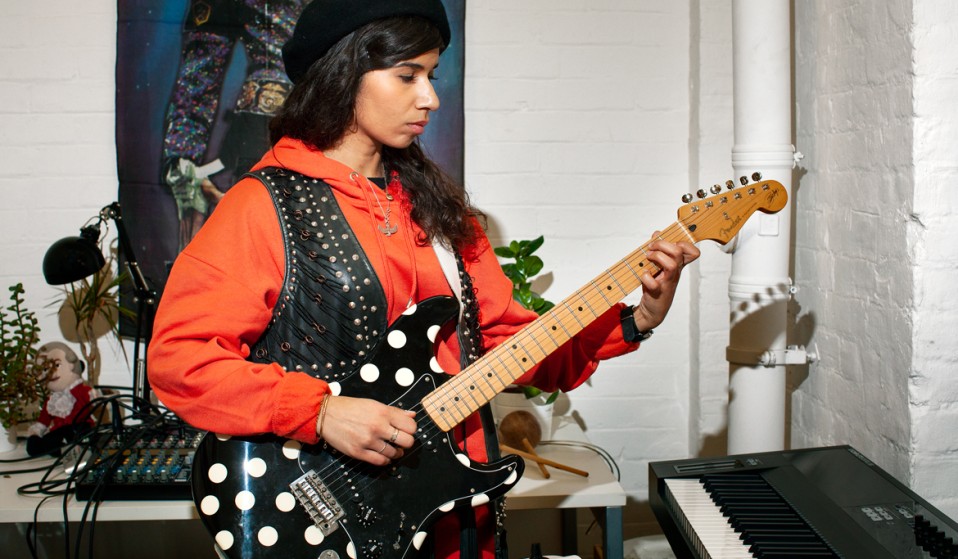 From human rights lawyer to well-respected DJ, every step in Nabihah Iqbal’s unconventional life has equipped her to become an artist unafraid to challenge stereotypes.

As a 13-year-old, Nabihah Iqbal would make routine weekend pilgrimages from her home in London’s Regents Park to Camden. There, she’d spend the afternoon shopping for outlandish outfits (she was in the midst of a grunge phase, so only baggy trousers would do) before eventually blagging her way into punk and ska gigs in the evening.

“I think maybe I looked old for my age,” she recalls, grinning. “Or they just didn’t check ID.”

Either way, those scheduled trips proved formative. Nabihah grew up in a relatively unmusical household – Mum was a doctor, Dad did “business stuff” – and though they encouraged all of their six children to pick up instruments, her parents’ interest in music never surpassed switching on the radio.

So when it came to discovering artists as a kid – be it her love of Britpop, or an obsession with Michael Jackson – Nabihah felt free to shape her own musical education.

“It was all self-discovery, to be fair,” she says, sporting a black beret while perched at a table in one of many long basement corridors within Somerset House. “There wasn’t ever a set palette that I was being presented, so I was always into stuff that I found.”

By the time Nabihah reached university, she’d built up an all-encompassing taste. After studying history and ethnomusicology at SOAS in London, she went on to earn a master’s degree at Cambridge before completing a law conversion that led to a legal job working in human rights. 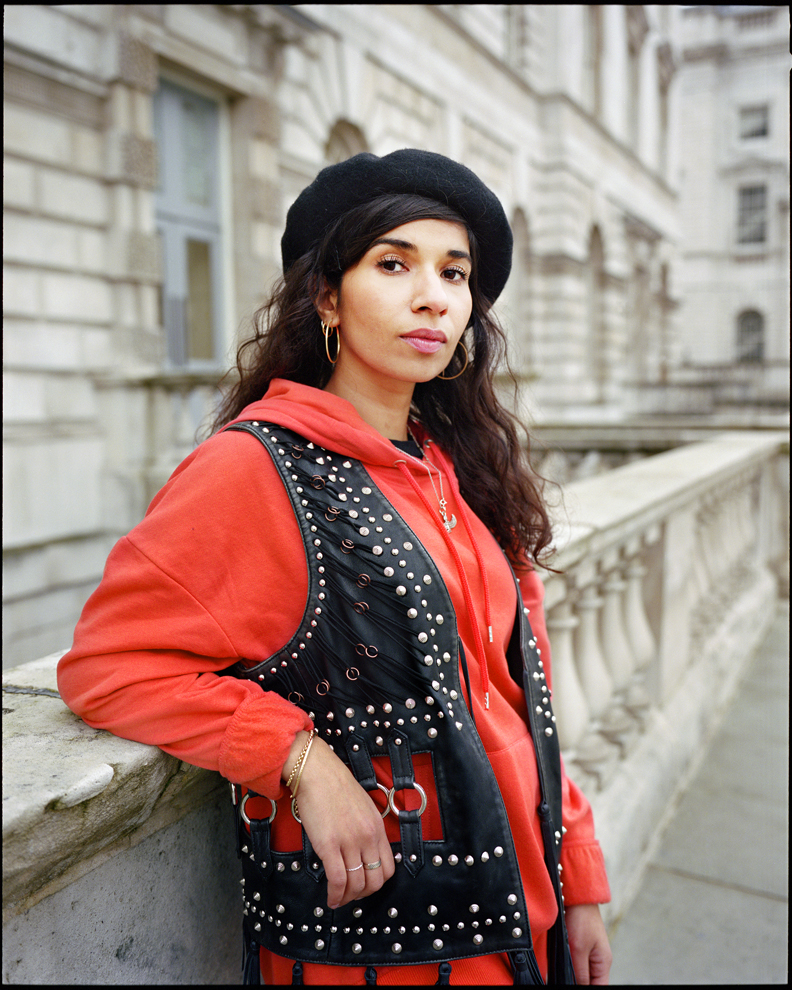 Throughout all that, however, music remained ever-present. While studying, she’d DJ at parties, teach herself how to produce and perform under the name Throwing Shade. (“I just liked the sound of the phrase.”) By 2013, having already entered a career in law, she released her first EP and was offered a weekly slot on NTS Radio.

It was at this stage, she explains, that the scales began to shift in favour of music. Before the year was out, she’d made her decision. “Weirdly, the music side of my life just started gathering momentum. It was like some higher force was pulling me in a certain way and I thought, ‘It’s now or never, really.’”

Today, it seems like the right call. Even her parents – who objected with concern at the time – have come around to the idea. The shimmering guitars and synths of her debut album Weighing of the Heart defy genre, marking an impressive shift from the spacious electronica that defined her previous work. But just as critical was her choice to ditch the Throwing Shade moniker in favour of her own name.

Picking at a breakfast pastry, Nabihah explains that it wasn’t a decision she arrived at lightly. Given the platform she’d created for herself, she recognised a responsibility to those who might never have seen guitar-focused music associated with an Asian name.

“When you’ve got an ethnic name, and you are not the status quo, I think using it is inherently political,” she explains. “It is very unusual to see an Asian name on a festival lineup or being played on the radio. Really, when you think about it, there’s none. It makes you start thinking, ‘Why is that, then?’…

“That’s when I first started realising that maybe there is a sort of greater responsibility here. You don’t really think that people are looking up to you in that sort of way.”

In one now-infamous review, a writer claimed that her album sounded “white”, questioning whether it reflected the “Asian British experience” – proving Nabihah’s point in the process. Similarly, the comment section below a recent profile in the Observer included several discussions on whether Nabihah wielding a guitar equates to “cultural appropriation”. 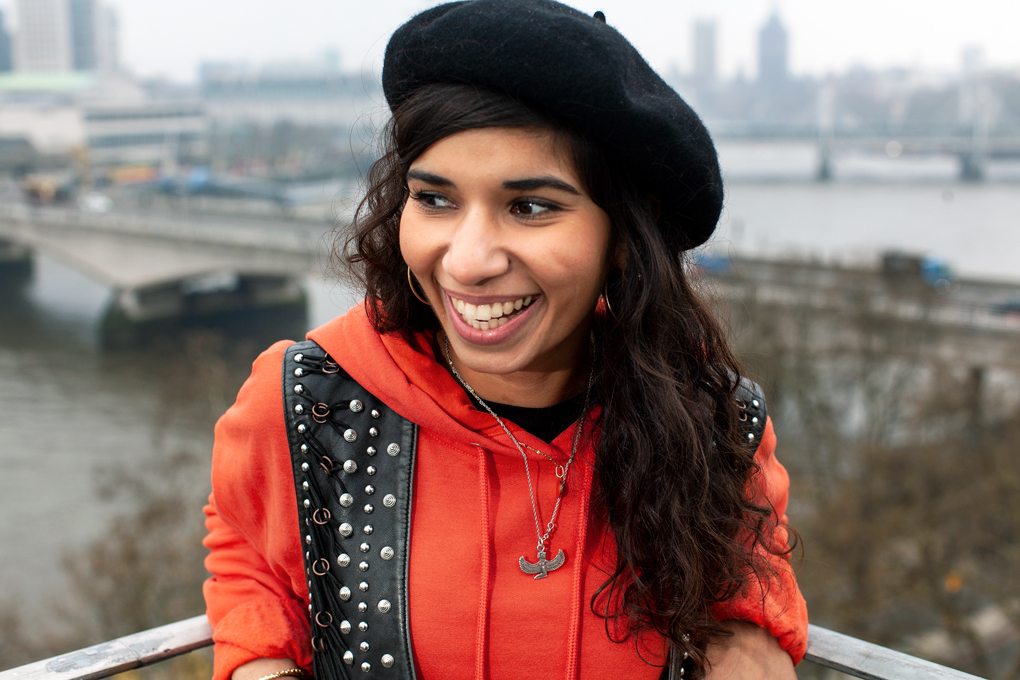 “I’m born and bred in London, so why should it be weird for me to be making this music? I just want people to get past that – I really think there’s a lot of work to be done in that area.”

Even still, Nabihah maintains that she wouldn’t want to have reached this point any differently. The legal background, along with everything else – the underage gigs, university parties, NTS, Throwing Shade – equipped her with the necessary tools to be Nabihah Iqbal, the artist, today.

“Now, when I look back at all the different things I’ve done and how they all fit together, it totally makes sense. It’s like a puzzle. And you just get random pieces all over and then suddenly it starts to fill up and then you can see how everything’s connected.”

But if she could go back to the Camden nights of her formative years and give the 13-year-old Nabihah one piece of advice to start assembling that puzzle, what would it be? She pauses to consider – gazing into space for a moment, as if momentarily travelling back there – before breaking out into another grin. “Don’t dye your hair.”

Weighing of the Heart is out via Ninja Tune.

Linkedin
RELATED ARTICLES
OTHER ARTICLES
A 37-year-old woman shares how her abortion led her to become a clinic worker, and the abuse she’s received in that role.
Birdy Chu reflects on documenting the historic moment in which the territory was formally passed back from the UK to China.
By turning a real-life crisis into daytime television fodder, TV bosses have once again shown themselves to be completely out of touch with audiences.
Cindy Campbell recounts how her brother ushered in a new era of musical culture at a party she held in the Bronx in ‘70s.
In his 2008 series, the photographer pictured himself as Angela Davis, Martin Luther King Jr., Malcolm X, and other prominent figures.
Financial turmoil is pushing people who work in the sex industry into more dangerous and desperate situations as a means of survival.