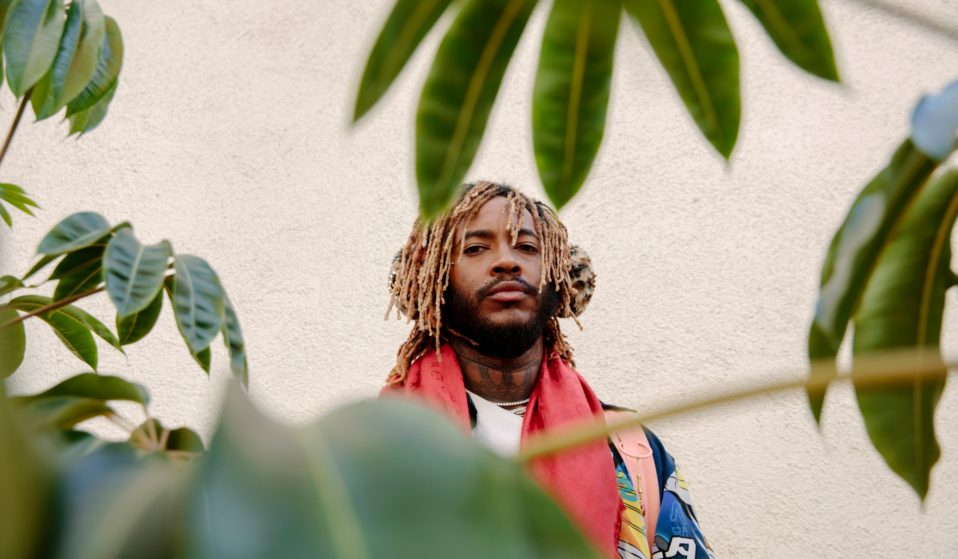 The LA Virtuoso concluded a difficult period with the release of his best work so far. Now, he’s looking forward to what comes next.

The LA Virtuoso concluded a difficult period with the release of his best work so far. If there’s one thing the past few years have taught him, it’s that life is as fleeting as it is precious – so he plans to continue living it to the fullest.

Thundercat is relaxing at home in Los Angeles. Outside, the morning is shaping up nicely, though he’s perfectly content indoors, spending time with his beloved pet cat: Tron (short for Turbo Tron Over 9000 Baby Jesus Sally). “This is when I’m happiest,” he says. “Chilling… sitting next to a beautiful cat.”

The 35-year-old musician is, all things considered, an unusual man. Some examples. He once began an interview by telling the journalist in question that their call had interrupted his morning Tantric masturbation ritual. In another, he admitted that he regularly unnerves his friends by referring to Tron as “sexy”. When he collected a Grammy for his work with Kendrick Lamar in 2016, he did so with a lightsaber strapped to his belt. (His personal style, generally, floats somewhere between high-end hippie and Mortal Kombat boss.) More recently, the lo-fi clip he shared to announce his 2020 tour – since cancelled due to the Coronavirus outbreak – concluded with a scene that saw him dry-humping one toy Pokémon (Snorlax) while another (Pikachu, understandably distraught) watched on in horror. 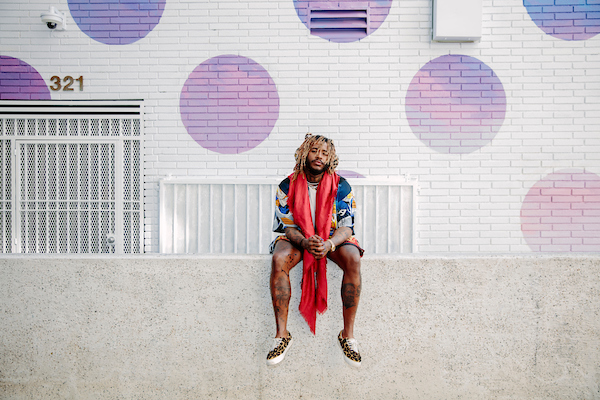 There are plenty more, of course. Because in an industry full of personalities that are squeaky-clean safe, Thundercat stands tall as a genuine modern-day eccentric. “I guess I just have a sick sense of humour,” he says with a knowing giggle, the kind of throaty laugh that starts low and spirals higher with each beat. “I’ve been told that… a few times.”

Born Stephen Lee Bruner, Thundercat grew up in a family of musicians. His father is Ronald Sr., a veteran drummer who played with The Temptations, Gladys Knight and The Supremes. His mother, Pam, is a flautist, while his brothers, Ronald Jr. and Jameel, have the bug too: the former is an acclaimed drummer in his own right whose collaborations range from Kenny Garrett to Kamasi Washington, while the younger sibling is a multi-instrumentalist who played keyboard for The Internet up until 2017.

That said, there was never any pressure at home when it came to music. “My dad was the one who let me know that it was not about that,” Thunder remembers. “At the same time, he passed down his excitement about music to me and I’m very grateful for that. But I would just be doing whatever I wanted to do most of the time. As long as it wasn’t something that was crazy, or morally bankrupt, my parents didn’t have a problem.” 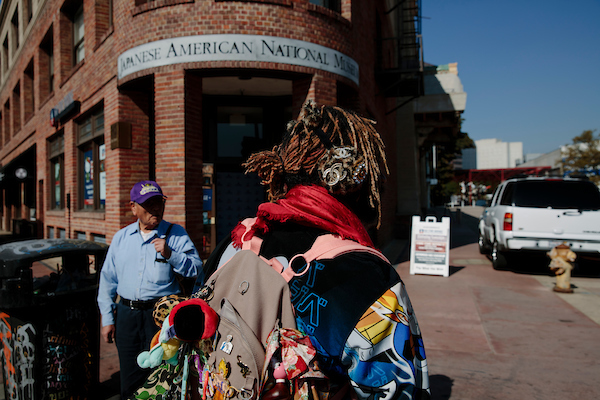 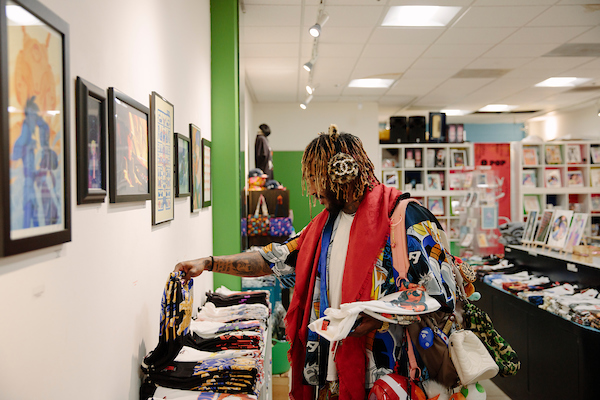 With that admission, the Thundercat trajectory begins to make a little more sense. Rather than embrace the instrument of his dad and older brother (“Drums? Hell No”), he picked up the bass and set to work carving out his own path. At just 18, he was drafted in to replace Josh Paul as bassist for Suicidal Tendencies, joining Ronald Jr. – who’d started drumming for the seminal thrash metal band a year prior – as the second Bruner in the lineup. He went on to play with the LA outfit for nine years, all the while building up a reputation as a sought-after session musician, thanks to his work with the likes of Erykah Badu, Snoop Dogg and Flying Lotus.

It was the latter – now a friend and frequent collaborator – who convinced Thunder to make the jump and start singing himself. A pair of LPs followed, along with major contributions to two Lotus records, before he assumed the role of “creative epicentre” on Kendrick Lamar’s decade-defining To Pimp A Butterfly in 2016. Then Drunk, his third full-length release, changed things forever.

The 2017 album, a free-wheeling 23-track odyssey through jazz, funk, hip hop, electronic and R&B, was universally lauded as one of the year’s very best, announcing Thundercat The Solo Artist as an outlandish force to be reckoned with. While its irreverent cross-genre approach could have, in other hands, felt chaotic, Drunk was bound together through sheer force of personality: namely, its creator’s wry, off-key humour. As a result, a song in which Thunder earnestly declares dreams of being a cat (“My roar would be so powerful, I would scare off everything”) can sit comfortably alongside one that explores race and police brutality in America (“Will they attack? Would it be cos I‘m black?”) without feeling all that jarring. Yet this isn’t an example of apathy, or lack of concern, when it comes to the weightier subjects.

As a young man, Thunder attended Alain LeRoy Locke High School, which was built on the site of the 1965 Watts Riots. Growing up, he had no choice but to be aware of the historic significance of such a location. “For lack of a better term, it was also the hood,” he says, growing noticeably livelier as the conversation shifts to politics. “It was part of my upbringing to be made aware of these things as a young black male – the pretence under which [the riots] started, why it was such an important moment. I learned not to look away, to embrace it, and know that change was brought about because of it.”

He was “very much alive” when riots broke out again in 1992, coming of age during a particularly volatile point in LA’s recent history. It was during this time that the mantra underpinning Drunk – “You laugh to keep from crying!” – was formed. “With some stuff, there is no way to get around it other than to be able to laugh at it. The unexplainable parts, the parts that make no sense. Finding something funny doesn’t always mean that it’s funny – it just means that it’s funny to me. It can be anything from a coping mechanism to just… genuinely funny. Like I said, I have a sick sense of humour.”

On that front, he’ll never mellow. Yet album number four, titled It Is What It Is does come with emotional baggage. Musically, it’s everything you’d expect from a Thundercat record: a wild amalgamation of sound and influence, conducted by a singular artist and his other-worldly vision. If anything, it’s delivered even more confidently than Drunk, an example of a creative mind at its clearest. However, getting to this stage was difficult. 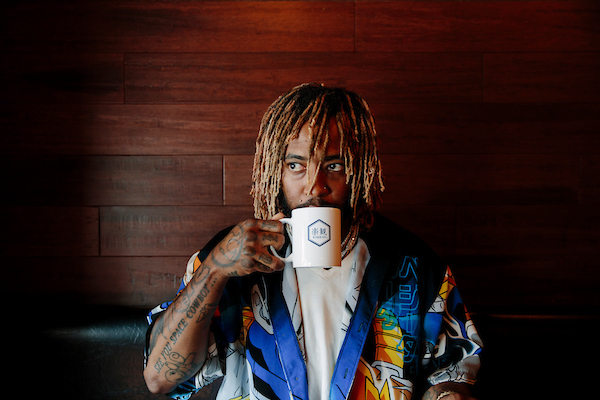 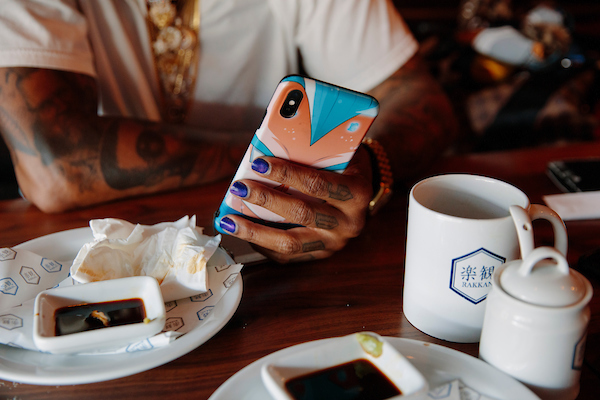 “I am very much happy that this is a chapter of my life I can put a cap on,” Thunder says, his tone wistful. “There have been a lot of ups and downs. And the ups and downs don’t stop. But this has definitely been a trying time for me. Emotionally, physically, mentally – there’s been a lot to process. Why? There’s been a lot of death. A lot of loss. I physically lost 100 pounds in the last year. I don’t know, man. Life sometimes can get really difficult. It’s not always easy to see your way through. It was a big process to try and get to a place of being okay.”

It’s hard not to hear him discuss the challenges of the past few years without thinking about the untimely death of Mac Miller, following an accidental overdose in 2018. The two, both based in LA, were extremely close: last year, on the anniversary of Miller’s death, Thunder tweeted: “All I have to say is thank you Mac, you were, and still are, a guiding light in my life and growth. I love you and miss you more than words can describe, thank you.” The late rapper is a constant presence across the new album. Much of It Is What It Is – as a sentiment, as an exercise – is Thunder navigating his loss. “This time around I didn’t really have any coping mechanisms,” he adds. “I just sat through it. I dealt with the pain head-on.”

The record is by no means a sombre affair, but grief is explored openly and vividly. But so is love, sex, growth, creativity, hedonism, Los Angeles, outer space. When It Is What It Is was first announced, Thunder wrote: “This album is about love, loss, life and the ups and downs that come with that. It’s a bit tongue-in-cheek, but at different points in life you come across places that you don’t necessarily understand… some things just aren’t meant to be understood.” For an artist that lives and breathes the music he creates, it’s natural that the music should echo everything else in turn. “I think that’s what the music winds up being for me,” he says. “Very much like a photobook of real life.”

Real life now isn’t what it once was. Success has transformed things in that sense. The world around him is different too: Drunk dropped a month after Donald Trump’s inauguration, while its follow-up arrived at what felt like a pivotal moment in the battle for America’s future. That said, he’s hesitant to suggest that the country has changed all that much in the period between the two releases. Or ever. 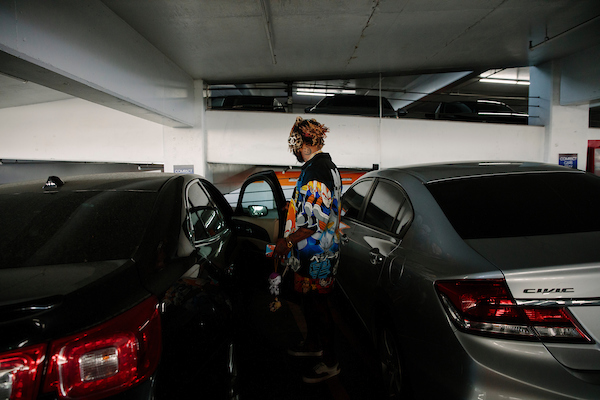 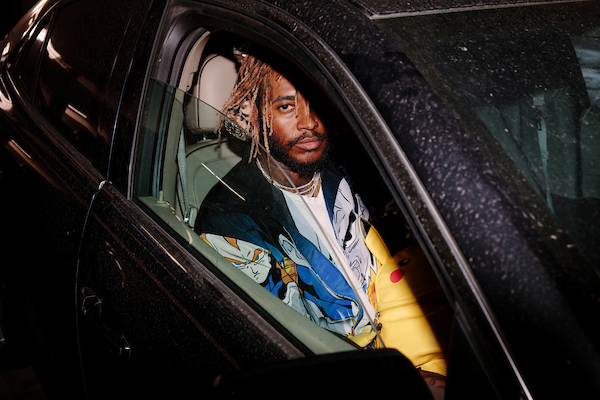 “I’m a black dude from LA!” he says, breaking into another of his giggles. “Trump is not the first jackass we’ve ever had in office. It’s what our country was built on. We’ve been talking about my upbringing. Well, where I come from, we have this saying out here: ‘Game recognises game.’ You see how people are responding to Trump – we’re not stupid. This is history repeating itself. The things that we should be spending our time caring about are each other. Wanting to do things for each other, making people feel better, putting people in better places. If it’s not really doing that, I don’t really give a fuck about it.”

“Is he going to get re-elected? The Dark Side of The Force? Well, I think the Empire won right up until the end. To be honest with you, I don’t know… but clearly nobody wanted him there in the first place. I don’t know what the fuck will come next.”

With It Is What It Is, he’ll be closing the door on a challenging period in his life. What comes next is impossible to know, but Thundercat will face it with the same outlook he’s carried since he was a young man. Because, amid the ups and downs, he has remained who he always was: a maverick creator, who adores his cat. “I don’t feel like there’s something to prove. I enjoy the same things I’ve always enjoyed – cartoons, comic books, being able to create and being able to see potential in everything. I‘m still trying to create from an honest place. I’m still trying to love from an honest place.” 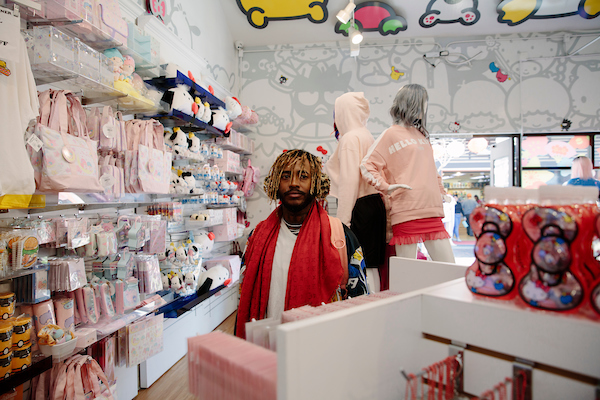 It Is What It Is is out now on Brainfeeder.

Linkedin
RELATED ARTICLES
OTHER ARTICLES
A group of aid workers face prison for helping to save people fleeing their homes at sea. If they are charged, it will have a chilling effect on humanitarian efforts.
After fleeing the war in Ukraine, people are finding it impossible to secure affordable and decent housing in the UK.
The pro skateboarder withdrew from the 2020 Olympic Games so he could come out as trans. Now, he’s hoping to encourage others to live as their authentic selves – within the sport and beyond.
Zsófia Sivák’s ongoing project documents the country’s tavern culture, preserving a once defining part of rural life.
A new law change is enabling Britain’s donor-conceived children to know the truth about their origins – but campaigners say the fertility industry must do more to protect people.
Yohon Tatum, aka Legendary Father of the House of Tisci, reflects on nurturing a new generation of talent.