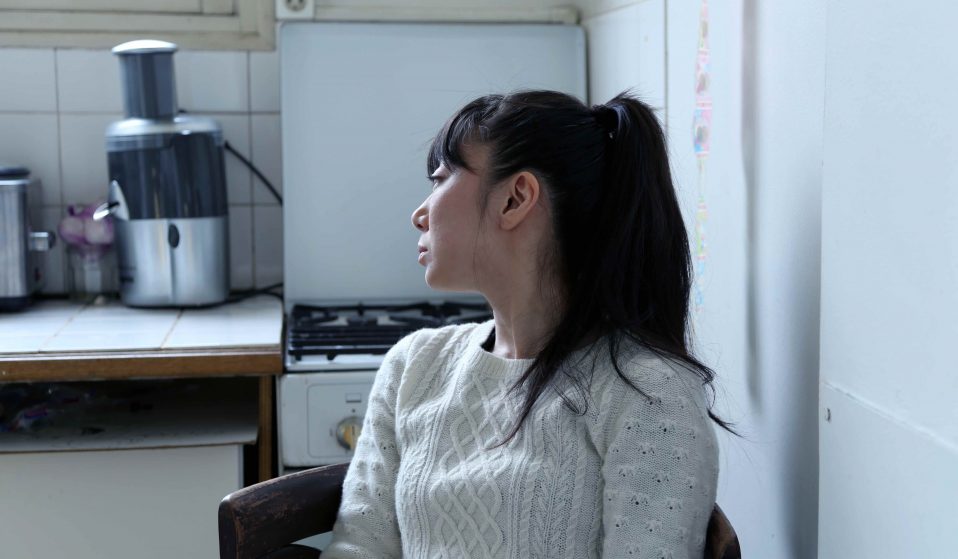 In a collaboration with director Joji Koyama, the 42-year-old artist stars and soundtracks a haunting new film that treads a thin line between ambience and intensity.

In a collaboration with director Joji Koyama, the 42-year-old artist stars and soundtracks a haunting new film that treads a thin line between ambience and intensity.

Tujiko Noriko’s 2002 album I Forgot The Title isn’t just a clever name. As we attempt to discuss tracks plucked from nearly 20 years of her phantasmagorical discography, it becomes clear that Noriko really doesn’t remember many of the names of her own songs.

To be fair to the 42-year-old artist, most of them have two titles. One in Japanese, her native language; and one in English, the second language that she sings in throughout her work (and the one we’re conversing in today). Noriko has actually lived in France on and off since about 2001, having settled in Europe after giving birth to a son, though she says she has no plans to add a third language to her repertoire anytime soon. “My French is very bad.”

At one point, when asked how European music has influenced her oeuvre, I suggest “Through The Rain” – from 2014’s My Ghost Came Back – has an almost fin de siècle cabaret feel to it. “No? Which song?” she asks. “Let me see, I’m just near the computer. ‘Through the Rain’, yeah? I’m sorry, what is this track? Are you talking about my track?” Then the moment of recognition. “Ohhh! ‘Through the Rain’!” (This happens several times during our conversation.)

There are no such problems with her latest release, Kuro, an instrumental soundtrack for a film she made with Berlin-based collaborator Joji Koyama. It’s the first record she’s brought out without her voice on it, and the tracks are so abstract that it’s difficult to pinpoint exactly which is which. It’s more of a sustained mood than a collection of songs – mostly ambient, with perhaps a soupcon of anxiety at its core.

Kuro, meanwhile, is an odd little film which sets out to challenge the conventions of storytelling by creating a kind of cognitive dissonance between what’s seen and what’s said. Noriko stars as Romi, who is living with her paraplegic lover in Paris, while the narrative features reminiscences of her time caring for a ‘Mr Ono’ in Japan. As we discuss the film, she interrogates me about her picture: “This anxiety you felt was because of… what? The storyline, or because you felt alone?” When I tell her the experience of listening to the soundtrack is very different to listening to it woven into the film, she questions me again, sharply: “How is it different?”

Shot on a low budget, Kuro features no dialogue other than the narration provided by Noriko throughout. Despite the minimalist approach, it’s an intriguing, haunting and – in my case – low-level anxiety-inducing experience, treading a thin line between ambience and intensity. Like everything else Tujiko Noriko has had a hand in, it skilfully brings together defined structure and more avant-garde stylings. Her music in particular nearly always marries abstraction with a strong pop sensibility: you at once recognise it, and can’t quite put your finger on it at the same time. 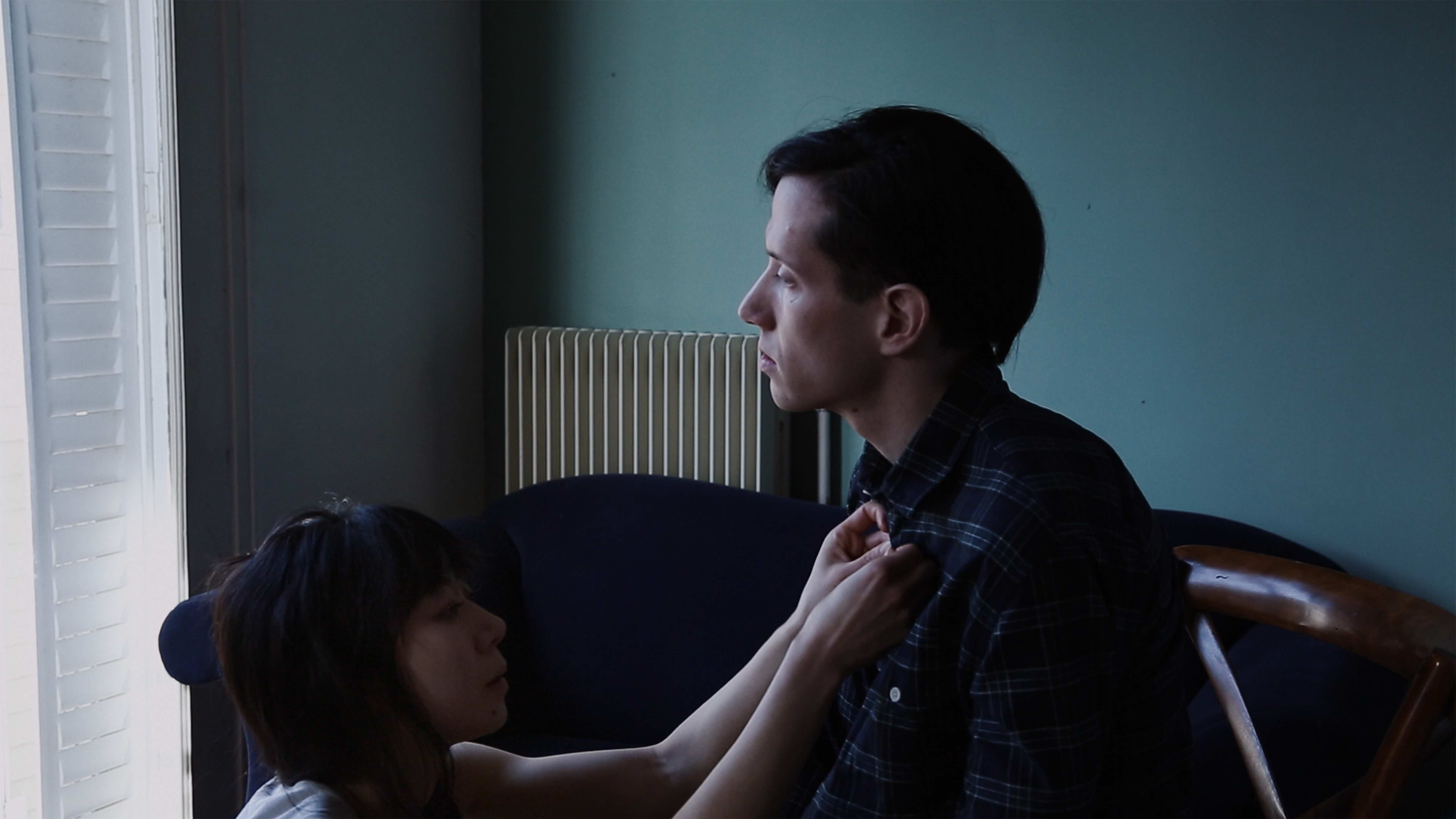 Kuro was shot in Paris, but it’s not Amelie is it?
Yes, exactly. We wanted to avoid Parisian images because they’re packed with meaning already. We shot the film when I was living in a banlieue of Paris. So we were happy to shoot it in the suburbs in these very anonymous places.

How did you and Joji come to collaborate on this film?
We met 15 years ago or more and I made some music for his animations. We casually started to make a story together, which over time turned into something very different. The more we wrote the story, the more we felt it would be disappointing – because we didn’t have a big production team behind us and a large budget to create the images. So we made some decisions. For example, you never actually see Kuro in the film. Imagine if you were to see Kuro in the film? It would be a very different film.

With your music there’s always a paradox between abstraction and pop clarity. Is that something you try to do?
Yes, I think so – consciously or unconsciously. I usually start with a classic structure. Melody, lyric, singing. But I almost can’t stop myself from making it a little bit strange and even uncomfortable sometimes. Not for the sake of being strange or uncomfortable, but I just like to experiment. I like to use a frame, but to try to shake the frame a little bit.

Your last full studio album My Ghost Comes Back combines glitchy electronica with some moments that border on free jazz, with “My Heart Is Only Mine” and “Yellow of You” both providing astonishing finales. Was it intentional to incorporate this jazz feel?
Maybe it’s because of the drums. I didn’t mean it, but yeah, I guess so. Often I make the album from simple images that I collect, so it’s more like a personal soundtrack. But I was never influenced by jazz. I read the odd comments here and there – “It’s a bit jazzy”. It’s interesting.

You’re often compared to Björk. Aside from the fact you’re both female and experimental, I find it a lazy comparison.
I wonder why myself. Some of her music I like of course, but I don’t know enough about her recent musical activity. I don’t think there’s a strong trace of Björk in my personal expression. So I’m curious when people compare me with me her, and I want to interview them and ask them why. Like you said, maybe it’s because I’m female and experimental. Maybe it’s because we’re both from islands! [laughs] I don’t know, maybe it’s something eccentric in the way we sing?

Are you working on a new album?
Actually yes, and I’m excited. There’s a solo album that’s nearly finished. And then there’s another one that’s a collaboration with Maxwell August Croy. He’s my friend and he’s an American boy, but he talks a bit of Japanese – and he sings very nicely, so we can sing together in Japanese and in English. We are very slow to finish everything because there are a lot of recordings. I have three kids and I’m running around everyday, and I have a cat to look after and everything. 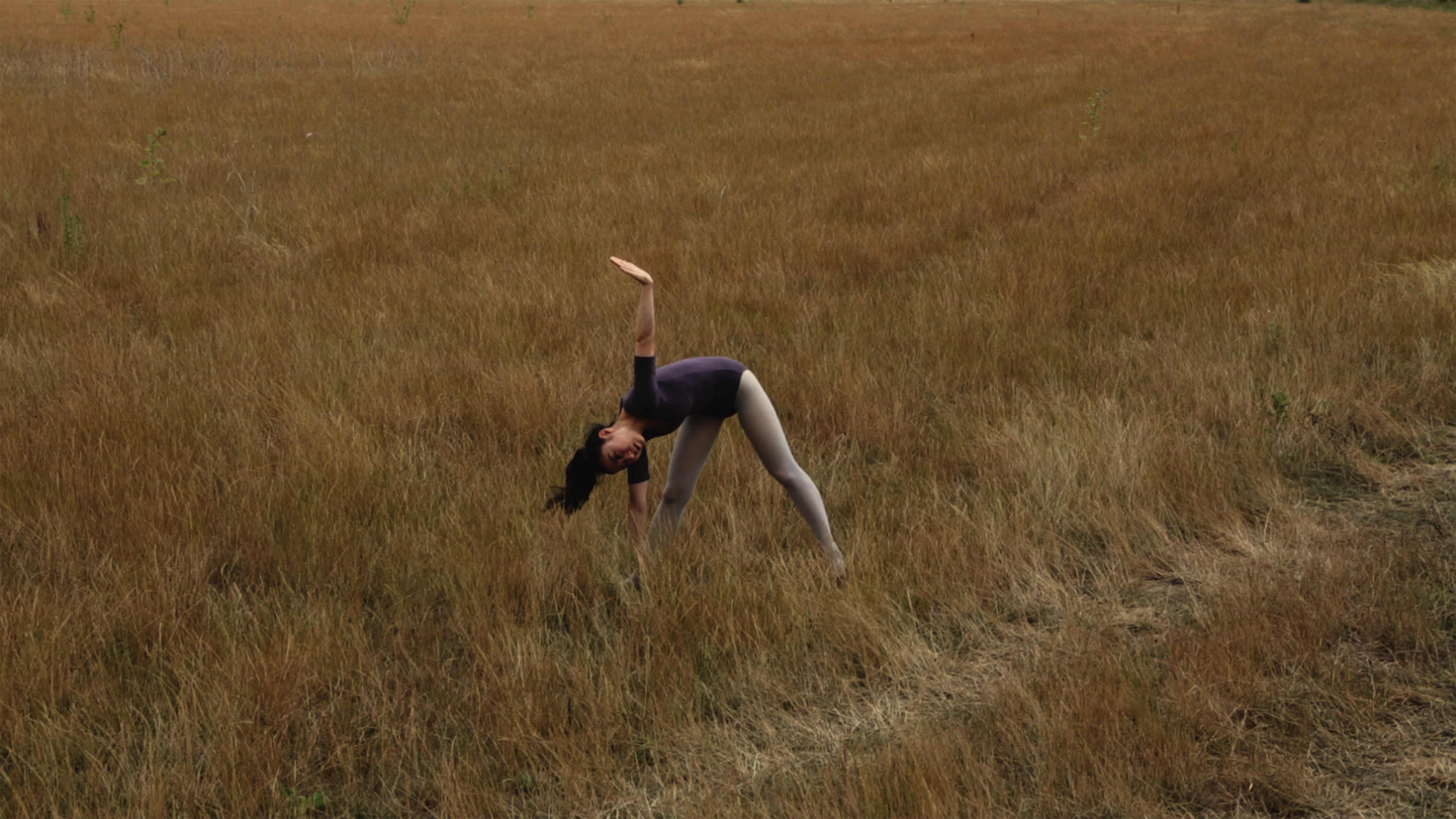 Linkedin
RELATED ARTICLES
OTHER ARTICLES
Photographer Bud Glick recounts documenting everyday life in the area, and what it taught him about the Chinese immigrant experience.
With the virus now a global health emergency, we must take steps to fight misinformation and demand a swift UK-wide vaccine roll out, writes Phil Samba.
To mark the premiere of his new documentary on surfing giant Gerry Lopez, the filmmaker and former pro skateboarder sits down to share his unique brand of wisdom.
A sharp increase in officers armed with the electrical weapon is resulting in serious injuries and deaths.
In the latest instalment of Photographers in Conversation, the creator talks portraiture, platforms and taking inspiration from Little Simz.
Following the release of his latest album, the rapper talks about finding a new approach to songwriting, attitudes to poverty, and why his music is more than a political statement.