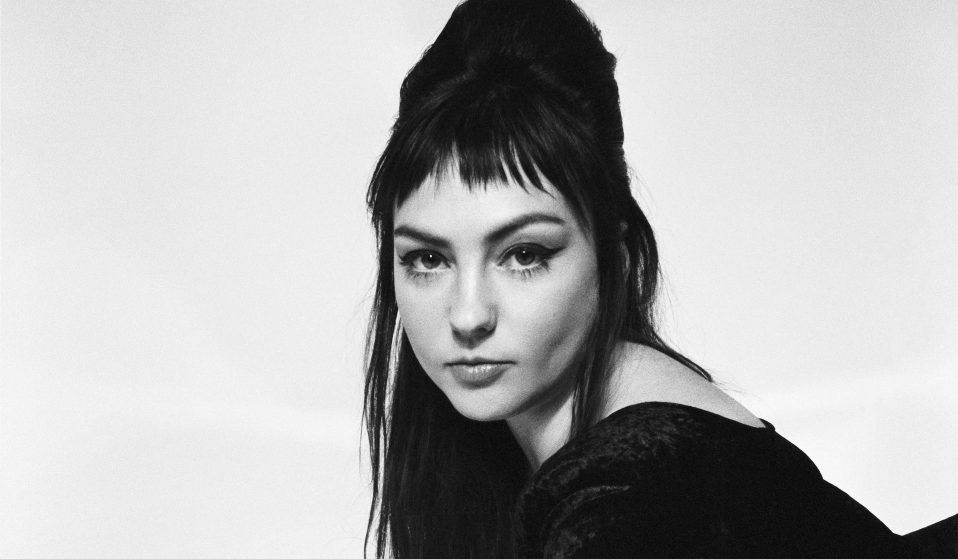 On her latest record All Mirrors, the alt-country singer confronts the problems of her past, and takes her sound in a bold new direction.

On her latest record All Mirrors, the alt-country singer confronts the problems of her past, and takes her sound in a bold new direction.

Angel Olsen’s fourth studio album is her most adventurous to date and almost certainly her best. The Missouri-born alt-country singer has turned down the guitars on All Mirrors, with strings and synths utilised dreamily to create a symphonic soundscape that perfectly compliments her otherworldly holler. Where her earlier albums were more earthy, All Mirrors is an aesthetic creation that works in juxtaposition with her emotional lyrics, mostly drawn from experience.

The album was put together by four key players: Angel herself, producer John Congleton, arranger du jour Jherek Bischoff and the lesser-known but highly effective Ben Babbitt, who co-wrote many of the songs with Olsen. The original intention had been to release earlier versions of these songs alongside their more ostentatious counterparts. The originals may yet see the light of day.

Angel Olsen moved to Chicago after graduating and became ensconced in the underground indie scene there in the mid-to-late noughties. Her musical career began as a backing singer for Bonnie ‘Prince’ Billy in the early part of this decade. She eventually signed to Jagjaguwar, and moved to the small town of Asheville in North Carolina in 2014 just as she was becoming well-known and lauded as a solo singer. Her last two albums were recorded in Los Angeles.

Speaking on the phone from her home in Asheville, Olsen seems to be in a better place than when I interviewed her in Rouen, France in 2014, which happened to coincide with her losing her voice. “Oh yeah, that was fucking awful,” she says, laughing. “It was a terrible tour. It was probably the worst tour of my life. Was I writing things on a piece of paper during our interview? I should have cancelled the show but I didn’t realise I could do that at the time.”

She adds: “It’s actually good to remember that moment as I’ve just quit smoking for the third time in my life. It’s important to remember how valuable singing is to me.”

Was there a concept behind All Mirrors?
You know, I didn’t really think about it in that way. I didn’t even know the record was going to be called All Mirrors. In the end, I thought it would be more interesting to go with the bigger sound because it’ll give more perspective to look back on later [if the originals get released].

I know it’s a cliché about leaving egos at the door – and I’m sure you’re all lovely people without huge egos – but how did you fit this record together without treading on people’s toes?
People get offended and they want to know that they’re appreciated and that their ideas are being heard. I think it’s a constant thing you have to work on. It’s a lot of just saying, ‘Hey, I love the sound of these instruments but the words are still the centrepiece for me, and so there are things that might sound really beautiful but they just won’t work for me’. It just takes some extra sentences. People still get mad when you’re kind, but that’s just the way these things go.

How did collaborating with Jherek come about, because he’s done some amazing work hasn’t he?
Jherek and John Congelton are old school pals. Jherek had been working on something for Iggy Pop or somebody… he’s always flying to Switzerland to work on different theatre projects. He was in a rock and roll band and one day he had this epiphany and he decided to pursue composing, and he’s fucking great at it. As I started to work with Jherek I realised I needed his bold ideas to be a part of this project. When we recorded ‘Lark’ it was one of the last tracks we did, and I was so nervous, thinking, ‘How are we going to make this song a string song? I just don’t understand, I don’t hear it’. And he knocked it out of the park. It’s just insane.

The arrangement on ‘New Love Cassette’ is breathtaking. I looked at the credits and wondered who Ben Babbitt was?
He’s now working with John on something else so this project has definitely opened doors for him, and he can be a Swiss Army Knife player for many people. I’m really proud of him. He’s from a classical, avant-garde background and he’s also been doing video game soundtracks which is a totally different kind of composing. I asked him to do a demo for a section of ‘Tonight’ and he performed all the strings! I was crying and I said, ‘Did you perform all of it?’ Most people will write it in MIDI so you have to kind of imagine it a little bit. Every single string has a life of its own, but in MIDI it’s lifeless. It blew me away and I was like, ‘Thanks for doing that but please don’t approach every song like that because we’ll run out of time’ [Laughs].

All Mirrors is such an ambitious record, sonically. Does it feel like it has opened doors to go to other places?
I don’t know, some people are saying it’s not an easy record to listen to, and others are saying it’s an epic record and a new era for me. I didn’t know what it was going to sound like, and I’m not aiming to be anything bigger than what I am currently. I’m just trying to get back to myself, and part of that process was taking a risk and doing something different and experimental. I’m really happy with the way it turned out. It’s really hard to play, but it’s exciting as well.

There are quite a few songs that seem to lyrically describe a tempestuous relationship. Is it written from a very personal perspective?
Yeah, I think sometimes heartbreak isn’t just about romance, heartbreak can be about friendship and reality in your life and where you are. I lost somebody romantically in my life but I also noticed that I had changed. I had to face the things that were still bothering me and figure out how to be at peace with myself, and I knew it wasn’t all up to me.

‘Lark’ is amazing and romantic, but you also get the sense that the relationship might be abusive as well.
Yeah, I think there’s been a lot of verbal manipulation in my life throughout the years, and what I realised was that I was carrying that with me and I was still harbouring anger that was thrown at me. If I wasn’t careful I could turn into a demon because I wasn’t facing these things. That song for me is really about purging the stuff that was thrown in my face from the distant past. I also feel that arguing is fine and healthy, but sometimes it can be unnecessarily abusive.

Do you feel better when you put it into a song?
Yeah, I mean it helps a lot. I think I still have a lot of work to do with myself and I can’t put everything into a song, but it felt nice to be able to talk about it and articulate what it means to feel smaller, and what it means for someone to say that they care about me in words but in actions show me something completely different. And I think that’s important to point out. Whether or not it is personal, or it’s personally about me, I’m sure that happens to people all the time – and I wanted to articulate that and make it theatrical.

All Mirrors is released on October 4.

Linkedin
RELATED ARTICLES
OTHER ARTICLES
Our new magazine is here, starring the inimitable Mitski. Order your copy now and join us on a trip around the world.
In the last of our dispatches from OFFF Barcelona, Rufus Deuchler and Vincent Gault discuss the future of creative process.
In the latest OFFF Dispatch, the enigmatic designer dives into his process, connecting the dots between his unique and varied creative output.
After news broke last week around an expected reversal of the 1973 landmark law that made abortion legal in the US, protestors gathered in the UK in support of American women.
A group of Ukrainians living in Poland are helping Ukraine withstand Russia’s brutal invasion by buying supplies and shipping them directly to the war’s frontlines.
The situation in Afghanistan remains dire, with many groups facing persecution at the hands of the Taliban.