Art & Culture / Music / ‘When I look back, we were pretentious sometimes’ 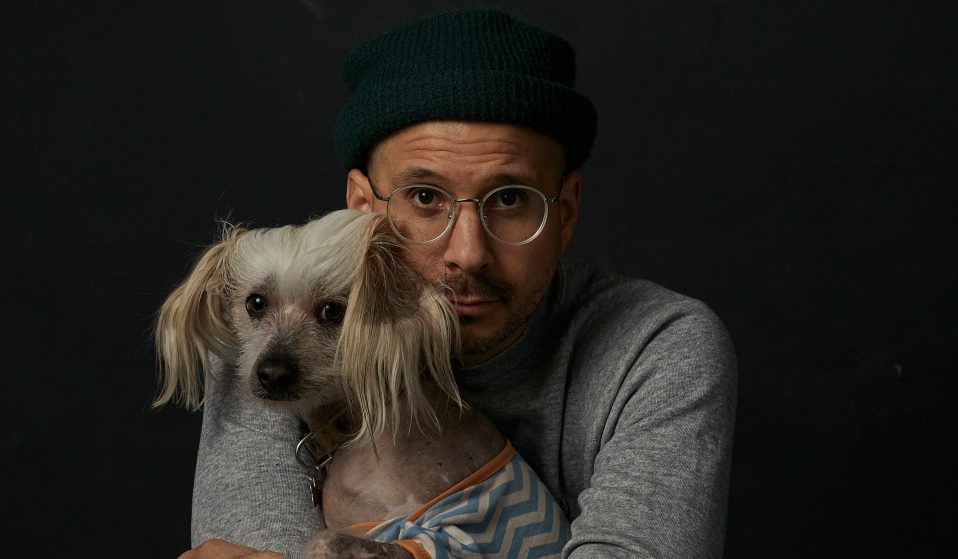 In the late 1990s, WHY? put Cincinnati on the rap map with a cerebral new breed of experimental hip hop. He looks back on what’s changed over the last two decades.

In the late 1990s, WHY? put Cincinnati on the rap map with a cerebral new breed of experimental hip hop. He looks back on what’s changed over the last two decades.

It’s been more than 20 years since a collective of rappers brought a new dimension to hip hop by founding the recording company Anticon. While the influential label is based in LA, it featured a group of midwestern rappers including WHY?, Doseone and Odd Nosdam: a trio who helped put Cincinnati on the rap map. Abstract hip-hop, indie hip-hop, cerebral rap, geekcore – it was a movement that garnered many labels, and a few mild pejoratives too.

WHY?, the alias of Yoni Wolf, is a name clearly chosen in pre-internet times, in that it’s almost impossible to Google (WHY?’s website is called whywithaquestionmark.com). Yoni has been making entertaining podcasts of late at a more searchable Wandering Wolf address, with diverse interviewees including Greta from Frankie Cosmos, and the more anonymised “Undertaker Katie”, who shares her experiences of laying out the deceased with the host.

Over the years Wolf has played in a number of bands, including cLOUDEAD and Reaching Quiet, and he’s collaborated with lots of other rappers too. He’s just released the excellent new WHY? album “AOKOHIO”, via the Joyful Noise label. The record features six suites – or “chunks” as he likes to call them – that explore a number of themes, often mixing up observations and reminiscences with his caustic wit, sung and recited over music that takes in alternative rock, pop and touches of the avant-garde.

As well as new music, he’s also six weeks into recovery following an operation to remove a section of his intestine. The musician has dealt with Crohn’s disease for much of his life, and since the operation he’s been able to eat more of the foods he likes. He also admitted on his podcast that he has an acute fear of hospitals, so things have been looking up since he was discharged.

Yoni, as someone with their own podcast, do you prefer interviewing or being interviewed?
I don’t think it matters for me. I prefer getting into a flow when it just feels like a conversation, and that can happen at either end. When it’s flowing it doesn’t feel like an interview, and you avoid small talk. It’s one of the cool things about the interviewing format. Having a conversation off mic you’re going to meander or talk about the weather or something.

How are you feeling after surgery?
I’m doing well. They say the recovery time is six weeks or whatever, so I feel pretty good. It’s not perfect, my body’s still learning a little bit but it’s totally stable and I’m feeling pretty strong and I have energy. My body just felt completely like someone else’s body for a while.

You have a fear of hospitals. If I smell the unmistakable, processed, almost chemical smell of the food then it brings back bad memories.
Yeah! I was there for three or four days and I didn’t touch the stuff. I didn’t eat a thing!

The first song on the new record is called ‘Apogee’. Didn’t you have a band called Apogee when you were young?
I did! Good research. I wouldn’t say they were related but I was sort of delighted to be able to use that as a song title.

There seems to be a lot of childhood memory on this record. Was that a conscious thing?
Not really, it’s more in the process. I have this song and I have this stanza, what’s another thing I can add that would relate to this and give it a twist or make you see it in a clearer way? Each movement does have its own thematic consistencies which sort of fit together, but it’s a little more abstract.

There seems to be a raw honesty in your lyrics, and then you’ll almost dismiss them with a comedic line or something glib that makes light of the gravity. Do you think that dismissiveness is part of who you are?
Well yeah, to some extent, although maybe it’s just my nature, style and sense of humour. And I guess I am from a generation that does that. I don’t know if other generations think like that. But I do see both sides of things, so I sort of do see the ridiculousness in the things I say, even if initially they feel heartfelt. It’s just natural for me to infuse stuff with a sense of humour.

You sing ‘I wish I had hair like Andrew Jackson’ on ‘Apogee’. He had a lustrous mane and he’s gone down in history as the racist President.
He was one of the racist presidents. I would say most of them were. Or are.

Yes, how’s that going?
I mean you know, it’s best to not pay attention to the news – which is ridiculous – as it’s just distracting from the real wool that [Trump] and the others are pulling over our eyes. The racist stuff, all that stuff, is to get in the news cycle while he passes his extremely damaging policies. One thing I will say about him is that he doesn’t seem like a warmonger necessarily. He wants to stay in his own little world with his own fat little rich friends and gobble the feast of everyone’s money. He isn’t a George Bush Jr type, so there’s that. Other than that, he’s disgusting.

It’s been 21 years since you started Anticon with seven others. Did you think it would have the impact that it did?
Well, I really didn’t know. I was sort of along for the ride in the early days, I was definitely not one of the business savvy guys who helped push the thing, I was very much a fledgeling artist learning my craft and figuring out how to make songs. 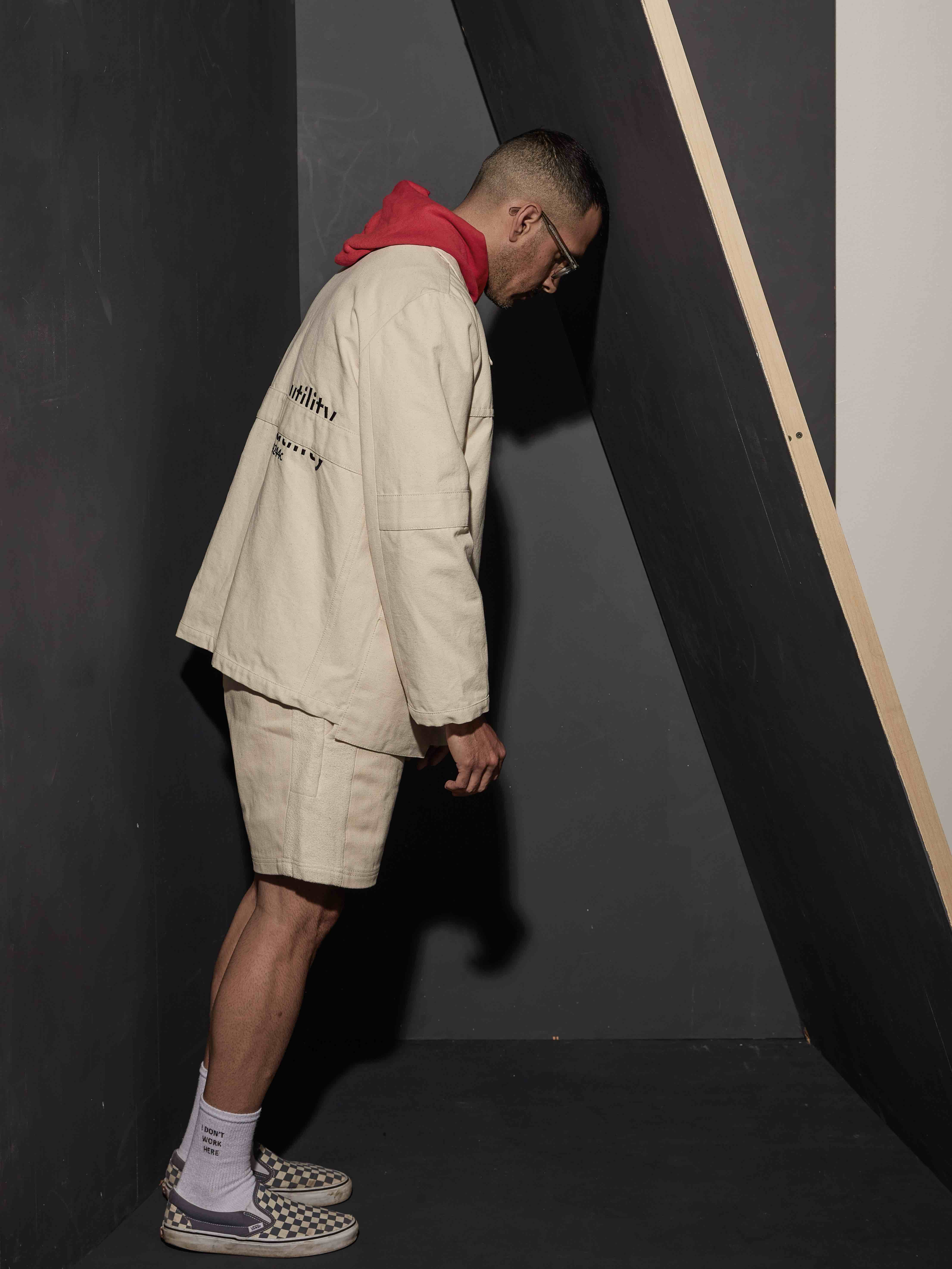 Anticon emerged around the same time as Eminem, didn’t it?
Well, he certainly came out in the mainstream, and we were definitely and distinctly part of the underground. But yeah, I would say we were well aware of him; I can’t say he was aware of us. In some ways we reacted against that mainstream music, but also I definitely have had my appreciations for Eminem over the years.

How did you feel about being labelled ‘geekcore’? Did you wear it proudly? Did it piss you off?
I don’t know, I don’t know think we were ever geekcore. I think maybe some of the guys were geeky to some extent. If there’s anything negative when I look back, it was that it was pretentious sometimes.

Pretentious in what way?
The first EP that came out, it was a sampler or something, it was called Music for the Advancement of Hip Hop… We’re saving the world with hip hop! I had nothing to do with that title. I dunno if it was that was geeky. Maybe you could think that when comparing it to other hip hop party anthems of the time, and we were making stuff about real life… I don’t know…

Linkedin
RELATED ARTICLES
OTHER ARTICLES
With the UK now set to run out of vaccines, people working in the sex industry – particularly outside of major cities – have been left especially vulnerable, reports Brit Dawson.
Yesterday, rail workers came together to protest poor pay, working conditions and job cuts in their latest round of strikes.
Protestors gathered outside Downing Street following the latest atrocities committed by Israel against Palestinians living in the besieged strip.
Students are being left to languish in unsafe housing, in some cases leading to serious health complications.
Photojournalist Fiora Garenzi spoke with people still living in Eastern Ukraine, an area which seen some of the heaviest fighting since the war began.
A sharp increase in officers armed with the electrical weapon is resulting in serious injuries and deaths.