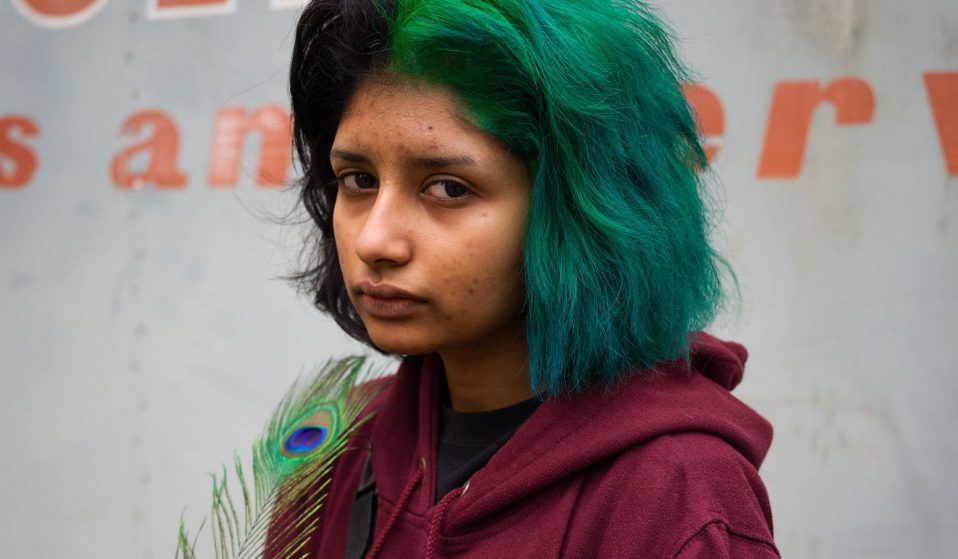 After being subject to racism growing up, Kavi Pujara’s photo series allowed him to reconnect with and reimagine his hometown.

After being subject to racism while growing up, Kavi Pujara’s photo series was a chance to reconnect with and reimagine his hometown.

In 1979, when Kavi Pujara was seven years old, he used to have to walk home from school in Leicester on his own. While his mother would take him in the morning, come the ringing of the end-of-day bell, she would be working at a local knitwear factory, and he’d have to make the 15-minute trek solo.

Despite the short distance, it was one that was chocked full of obstacles. After a walk down the school driveway, a group of older boys and their “tough” younger siblings would hang out, and they wouldn’t let him pass easily.

“They were doing something called paki bashing,” says Pujara. “Which was a popular sport at the time. Essentially white kids would chase down and beat up brown kids.” 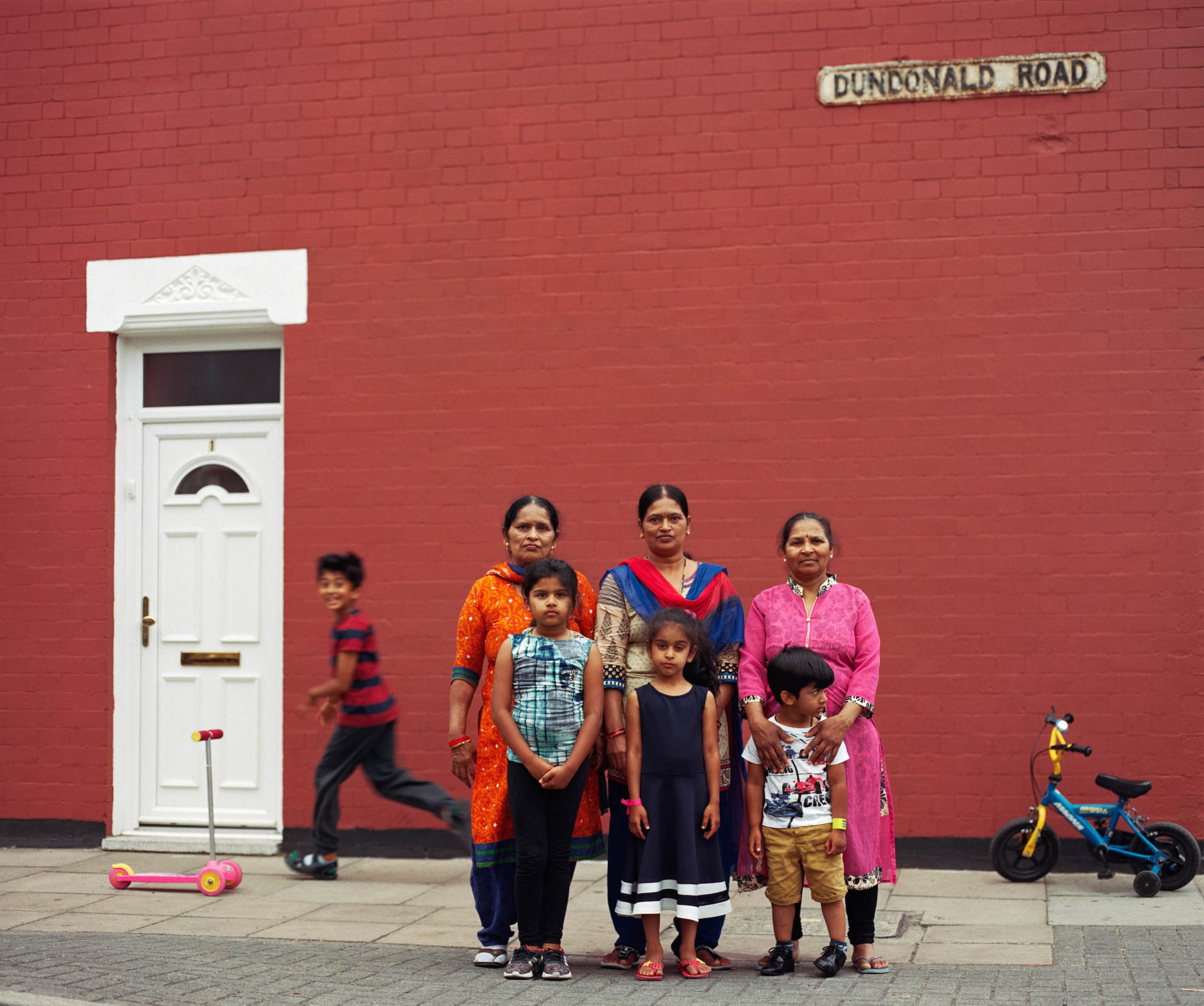 Not seeing himself as the most dominant brawler, he would sprint if any aggression broke out knowing that if he reached Laura, the lollipop lady, he’d make it home safe. It was a particularly tough time to be an Asian or Black person in Leicester, but also England, at the time, with far-right groups such as The National Front having risen to prominence.

“I was a slightly chubby kid,” Pujara says. “I had my nose broken, cut lips, sleeves torn – all of this kind of stuff – I didn’t realise how much I normalised it.”

Now a photographer, he reconnected with Laura recently, and while taking her portrait and reminiscing about his past, the memory of running to her as a beacon of safety came back to him. “It wasn’t until that moment that I really started to think about some of the racism that I’d experienced growing up in the ’70s,” he says. “I’d somehow buried it deep inside. Because it was so hard to be a person of colour, at 18 I’d felt that it was my Indianness that was stopping me from being my whole self – so I left.” 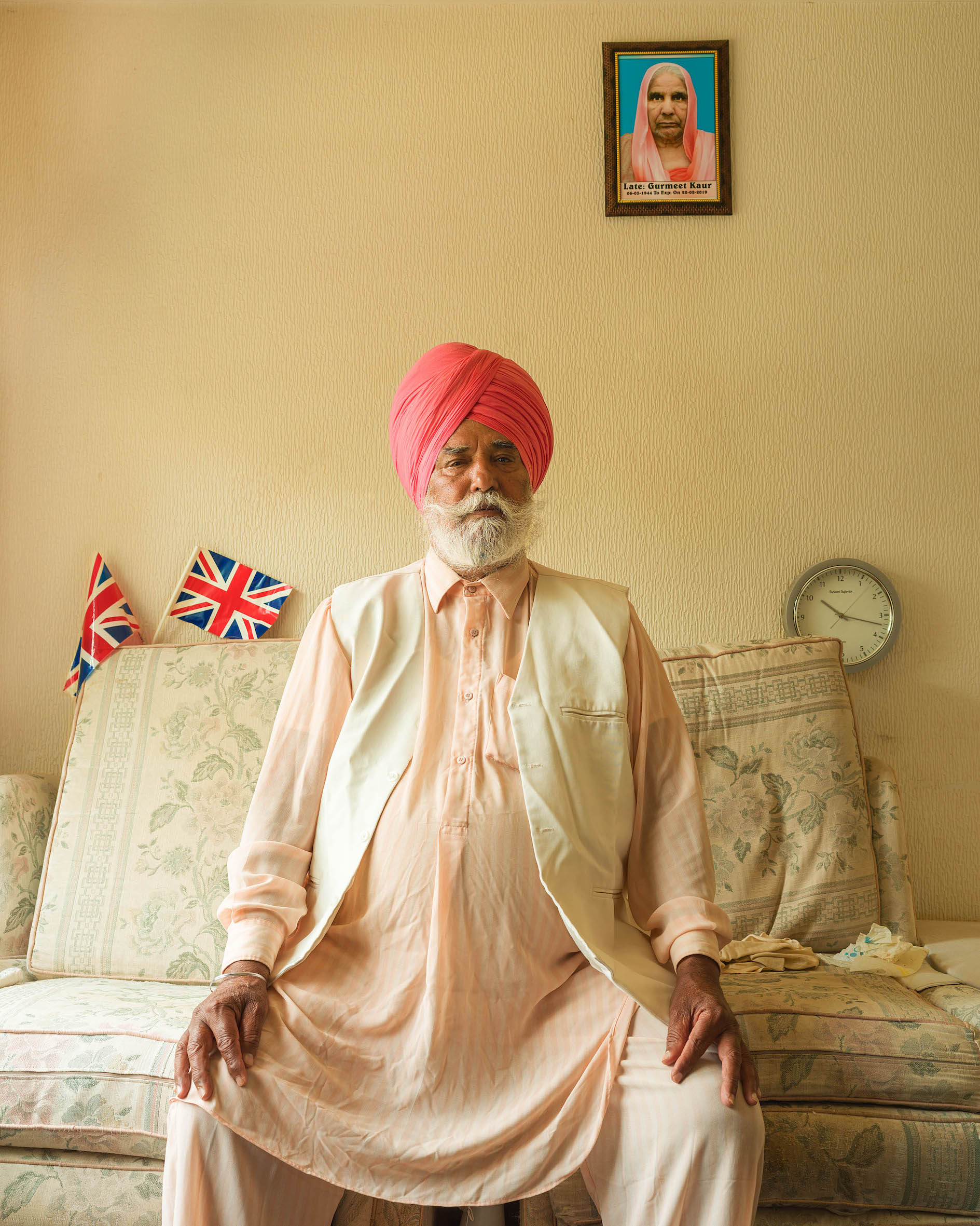 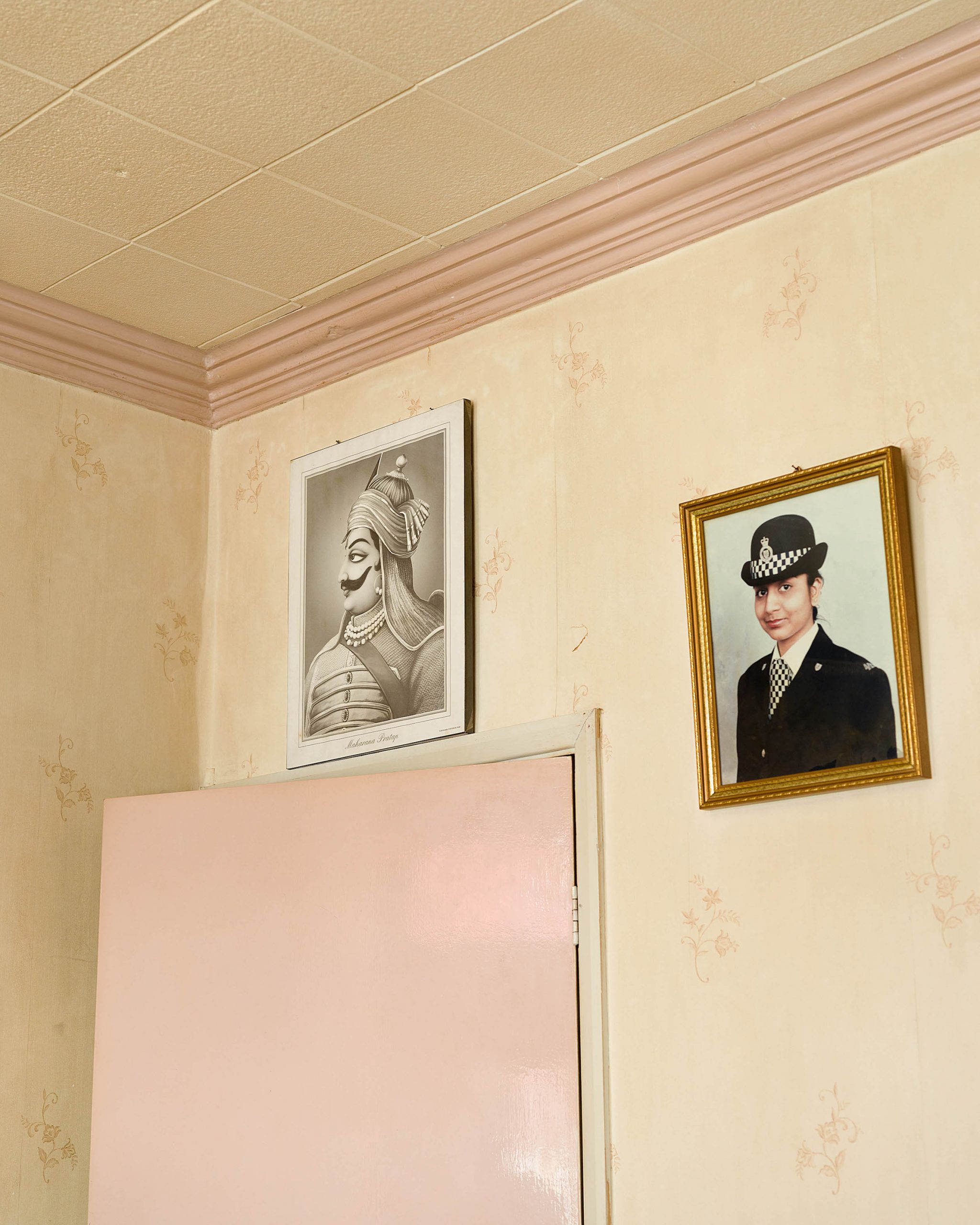 Having moved to London as soon as he reached adulthood, Pujara has spent the last six years reconnecting with and reimagining the city that he grew up in through his photographic lens, especially the South Asian community that he left behind. The result is his debut monograph This Golden Mile, a vivid documentation into the titular, predominantly Indian neighbourhood that spans the majority of Belgrave Road just north of Leicester’s city centre.

As well as photographing people on the street, Puraja was invited into the homes and shops of his subjects while making the project. The resulting shots are intimate, personal, and an illuminating insight into the diversity of characters who make up the city’s largely Gujarati-speaking Indian community. People of all ages, genders and sexualities are shot in the book, each with their own interpretations of the migrant experience in Britain. 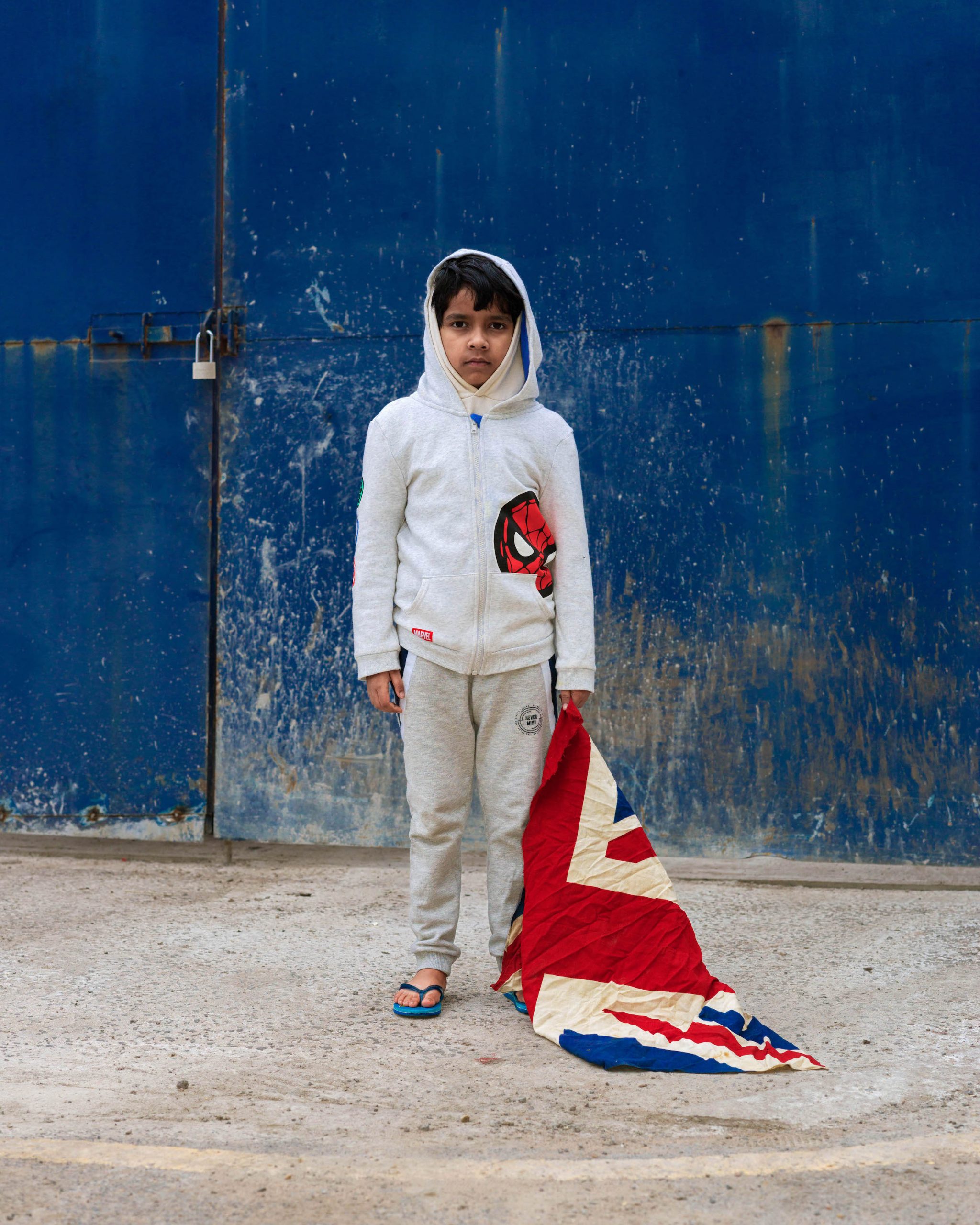 “I can’t understate how important it is for minority communities to be seen,” says Pujara. “To have your experience reflected back on you on a gallery wall or within a book affirms your place in society.”

Although most people of different backgrounds and heritage in Leicester live in relative harmony, tensions flared up recently when violence broke out between Hindu and Muslim groups in September. Pujara stresses that the episode does not reflect daily life on the Golden Mile. “In India we have right wing Hindu fundamentalists that are letting hate speech going unchallenged,” he says. “It’s the same populism that was here when Brexit was being voted on, when Trump came to power – in India it is still happening. I think that’s where it came from, it’s an outside thing.

“My parents will still go to the Muslim area to buy okra is the price is cheaper – last week I was at an Indian snack place for Gujurati food buying a load of samosas, and the person standing in front of me was a Muslim person” he continues. “On a day-to-day level it was a moment, and I think we can move past it – I’m hoping we can move past it.” 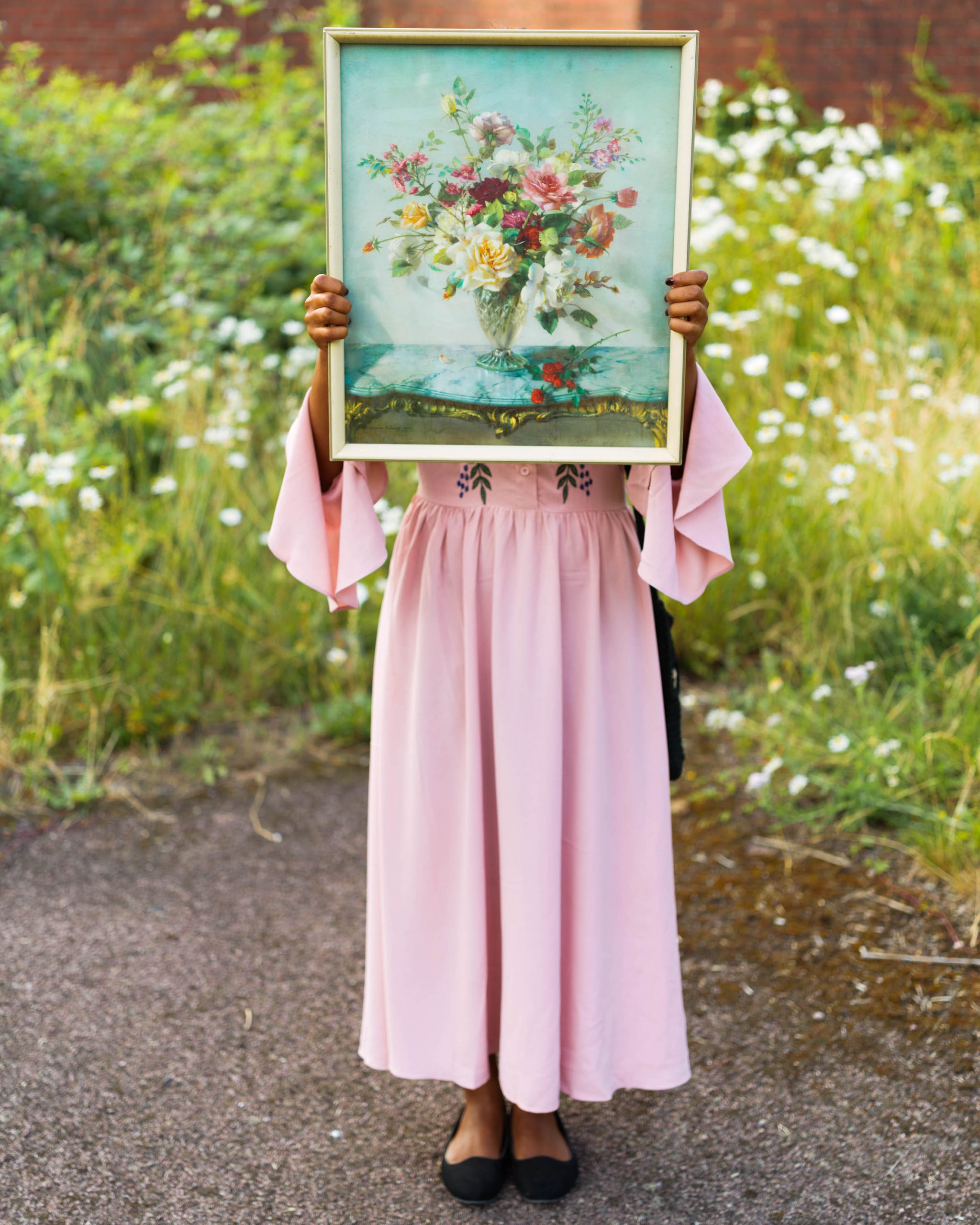 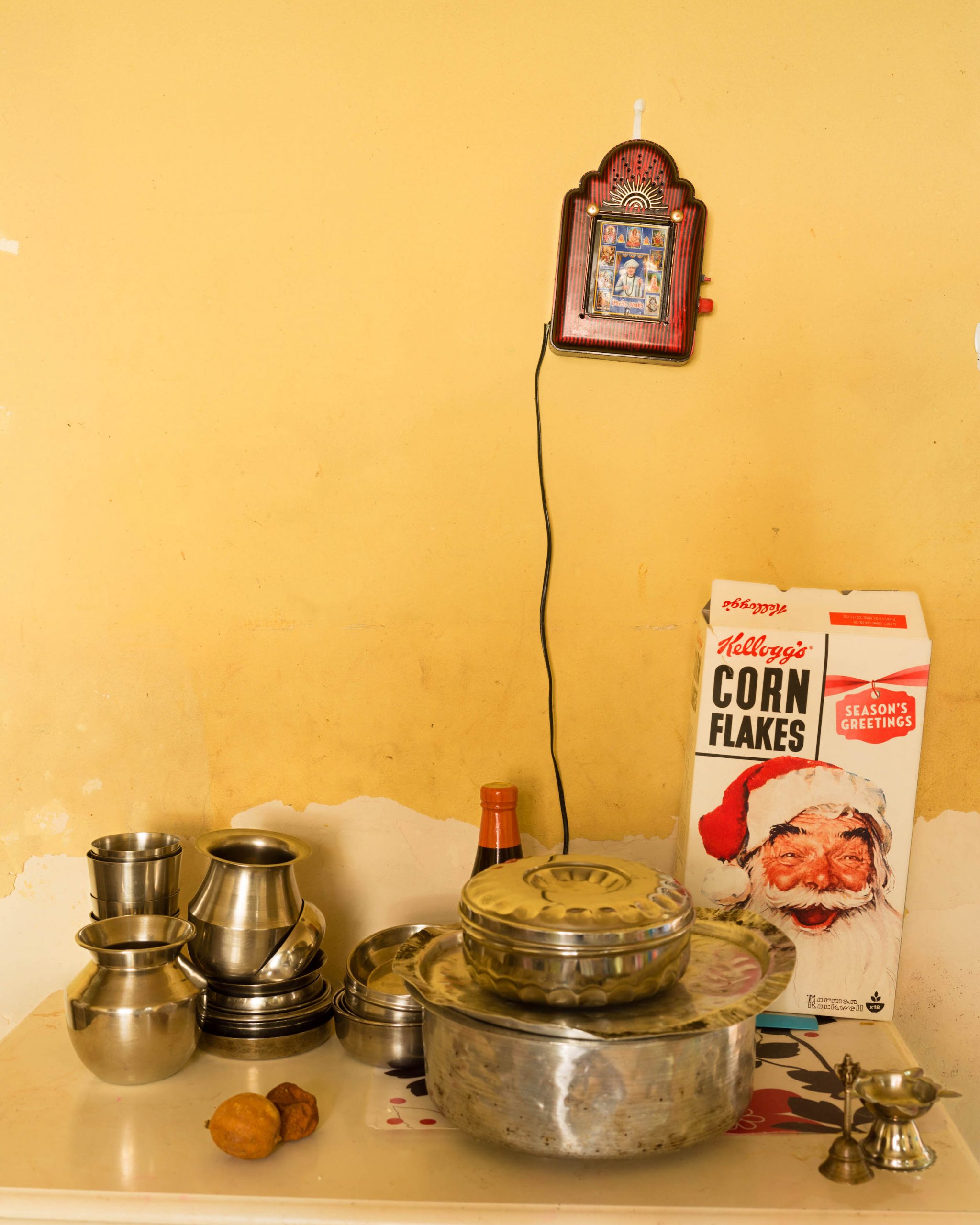 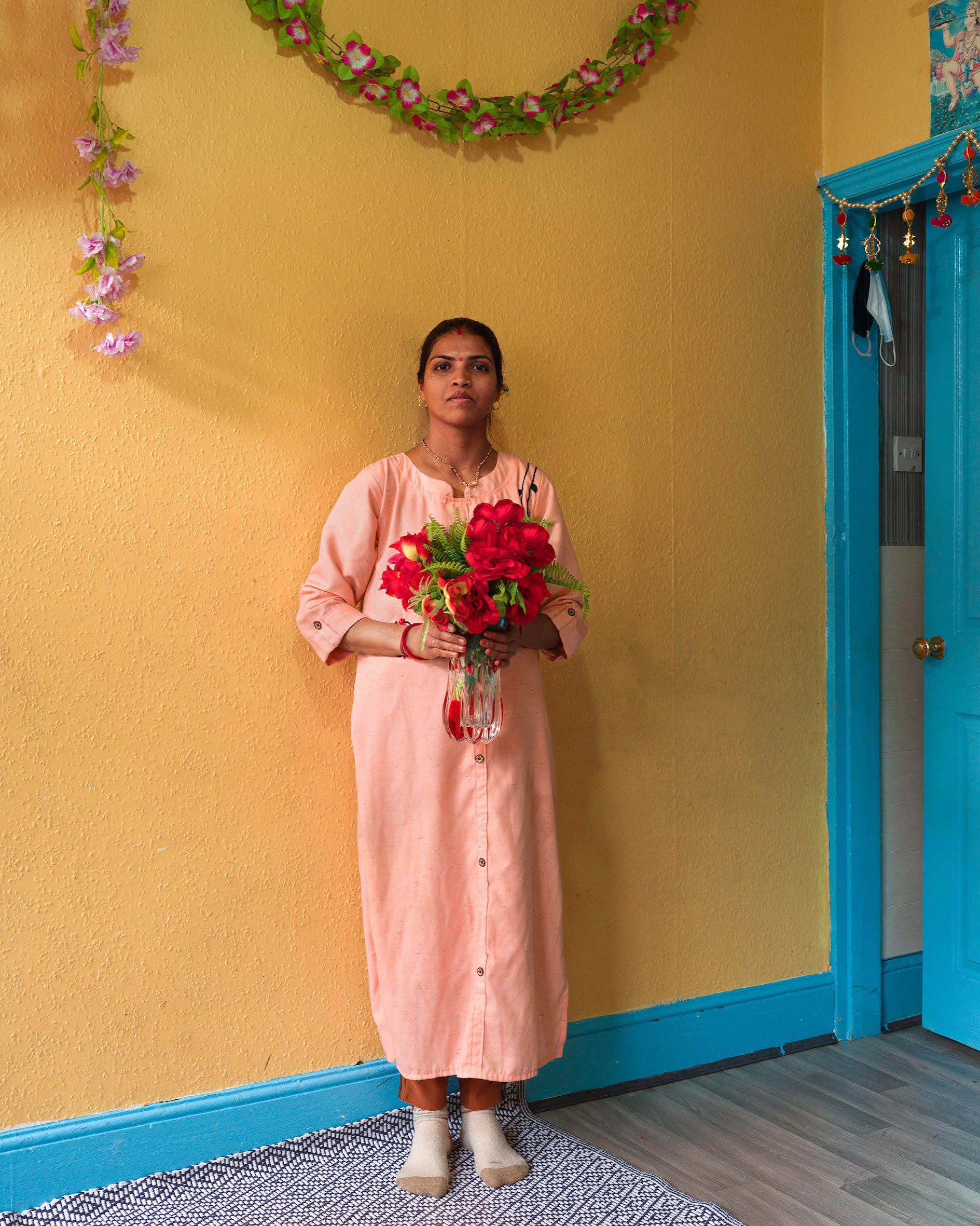 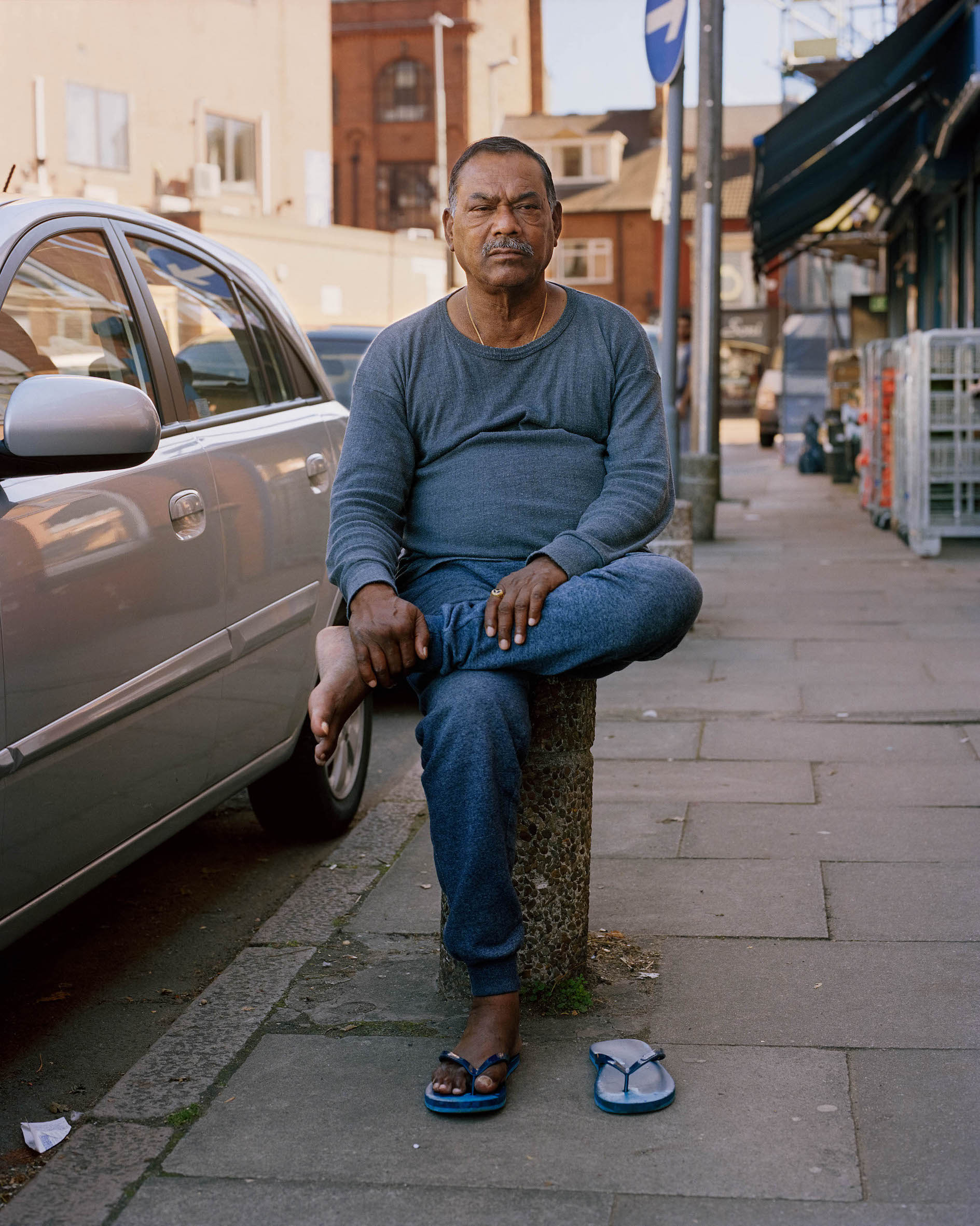 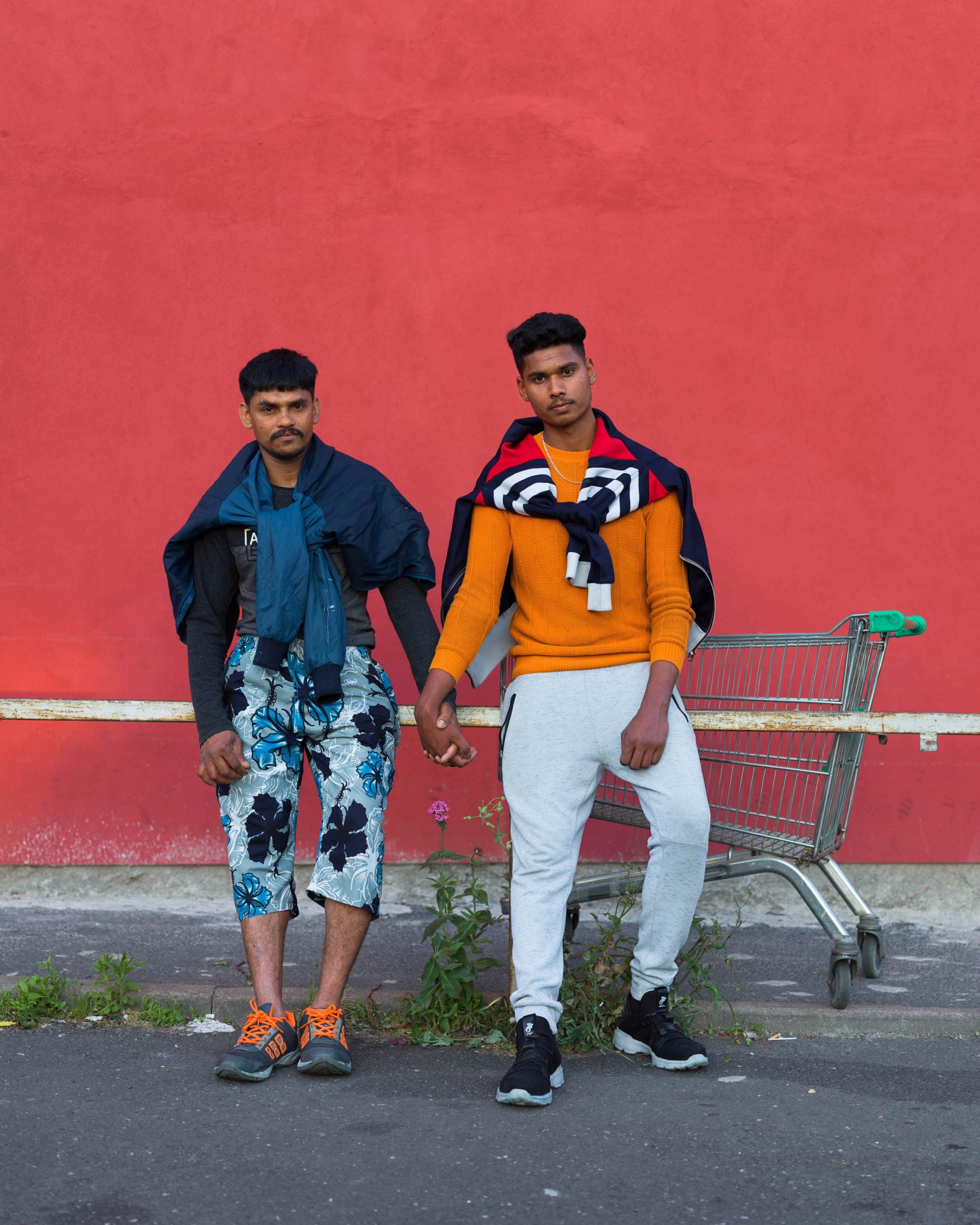 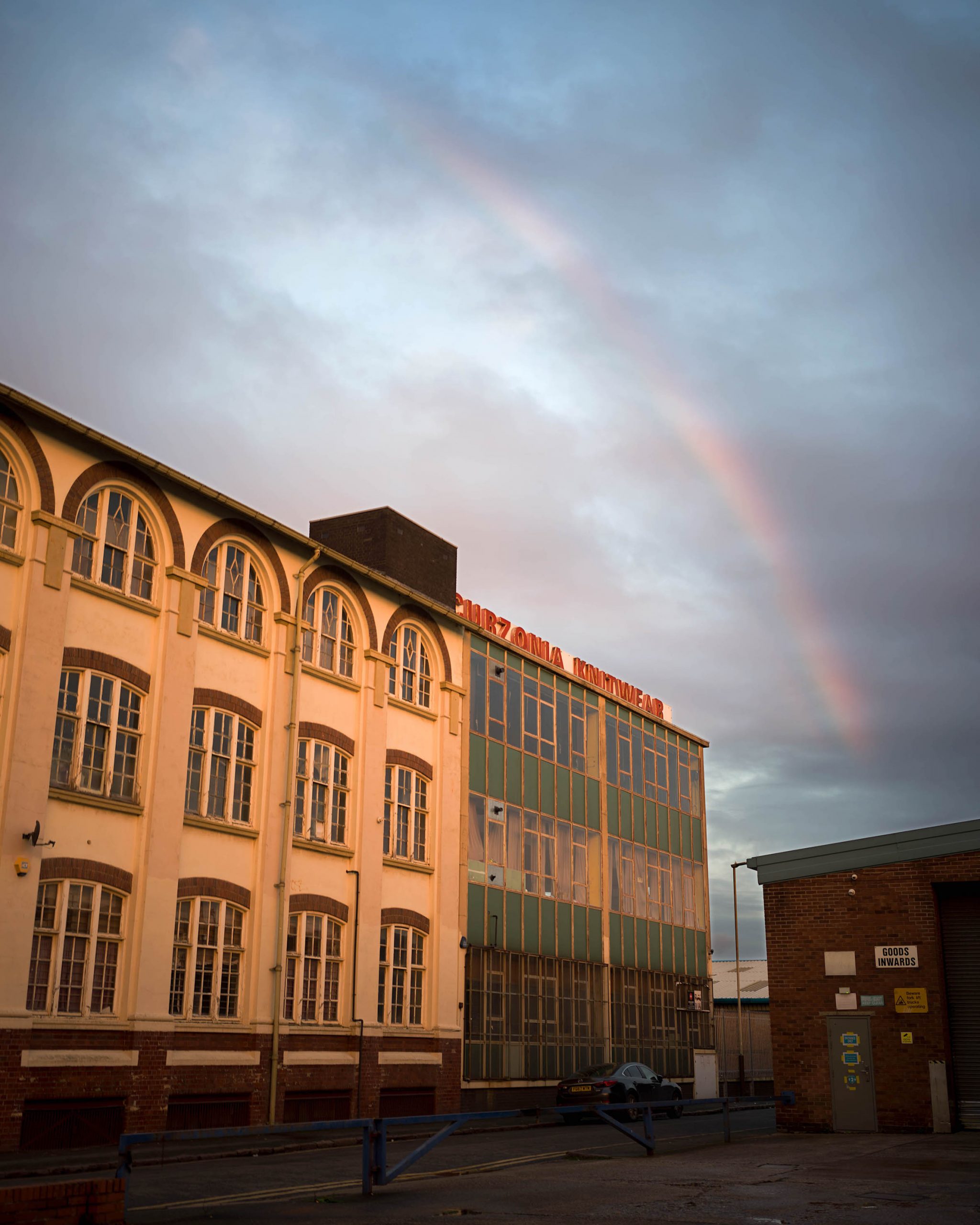 This Golden Mile runs until 18 December at Martin Parr Foundation, Bristol and a book of the project is published by Setanta.

Linkedin
OTHER ARTICLES
Hackney Bumps is a DIY sanctuary in the heart of East London, home to a thriving diverse community of skateboarders – and beyond.
The photographer describes taking inspiration from Magnum photographers to craft an intimate and revealing portrait of the city.
Photographer Nico Froehlich’s series documents South London’s diverse communities, while also reflecting on their fragility amid rapid gentrification.
We sat down with trans comic Jordan Gray to discuss the power of portraying complex characters, giving humanity the benefit of the doubt and getting naked on live TV.
A new exhibition is marking the photographer’s 100th birthday with a look back at his extraordinary career.
Recent research is highlighting the drug’s enormous potential for treating substance abuse.