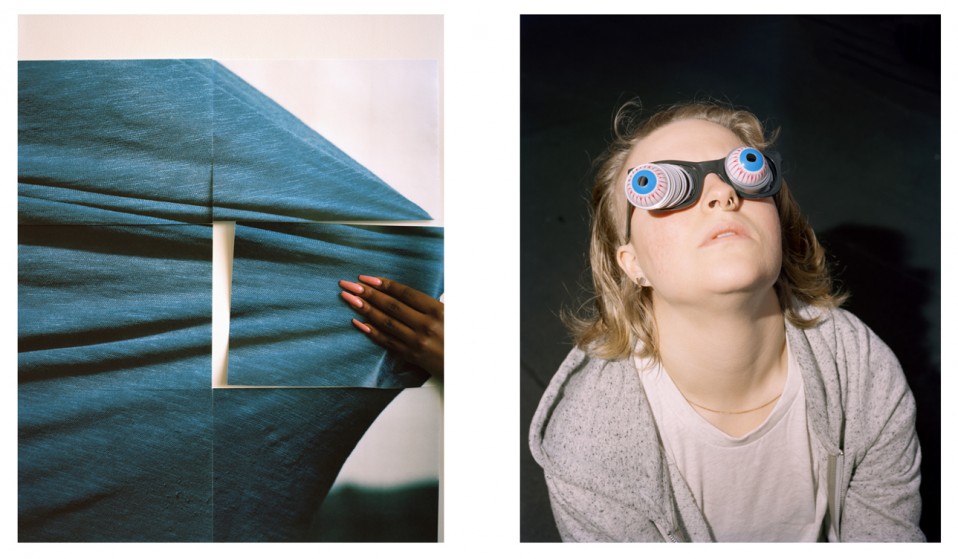 Yael Malka pulls together overheard expressions, notes found on the street and her own deeply personal photographs to question the way we reveal ourselves to strangers, lovers and friends.

A couple of years ago, Yael Malka got stuck. She’d assembled nine pictures – portraits of her taken by other people – only to hit a creative dead-end.

It didn’t seem like there was any way to turn the project into a fully formed, cohesive series: the kind you see in award-winning photo books.

So she sought out some advice from a friend, who said: ‘Why can’t you just call those nine photos a piece and move on to the next idea? Why is it that photo series have to be so heavy but sculptures or paintings don’t?’ 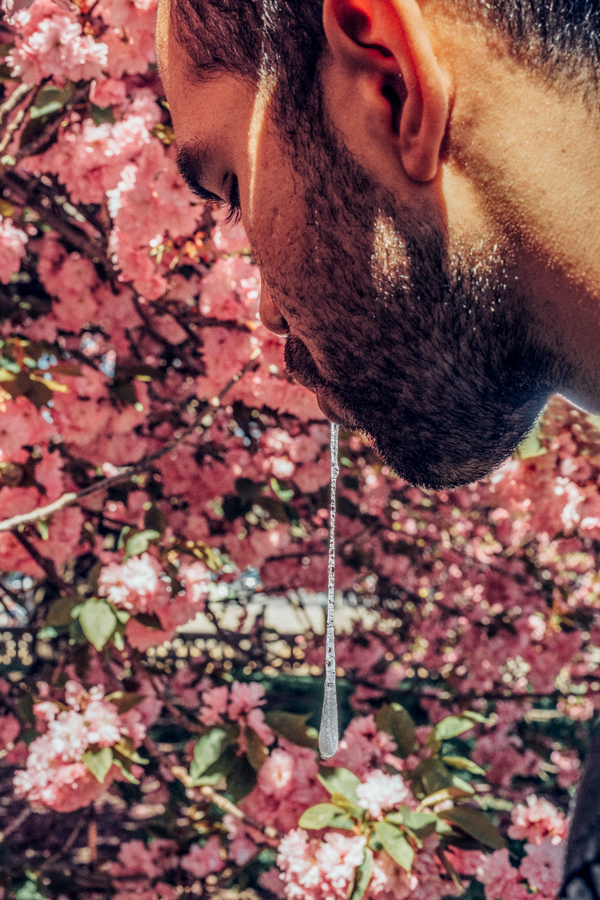 That spark of attitude – simply asking ‘Why not?’ – proved to be a catalyst.

“It totally changed the way I worked and gave me a new sense of authority,” she says now. “That really made me rethink the structures around the photographic medium that can be so restrictive until you’re able to unlearn all of that.”

Growing up in the Bronx, Yael’s dad (a hobbyist photographer) would take her on fishing trips in upstate New York where they’d take pictures of the seasons changing. By high-school, she’d developed a passion for art and photography – one fostered by a teacher who’d enter Yael in all sorts of competitions.

“I’ve always been an extremely curious person and have so many questions, so making work became a way of exploring those questions while also posing them,” says the 27-year-old. 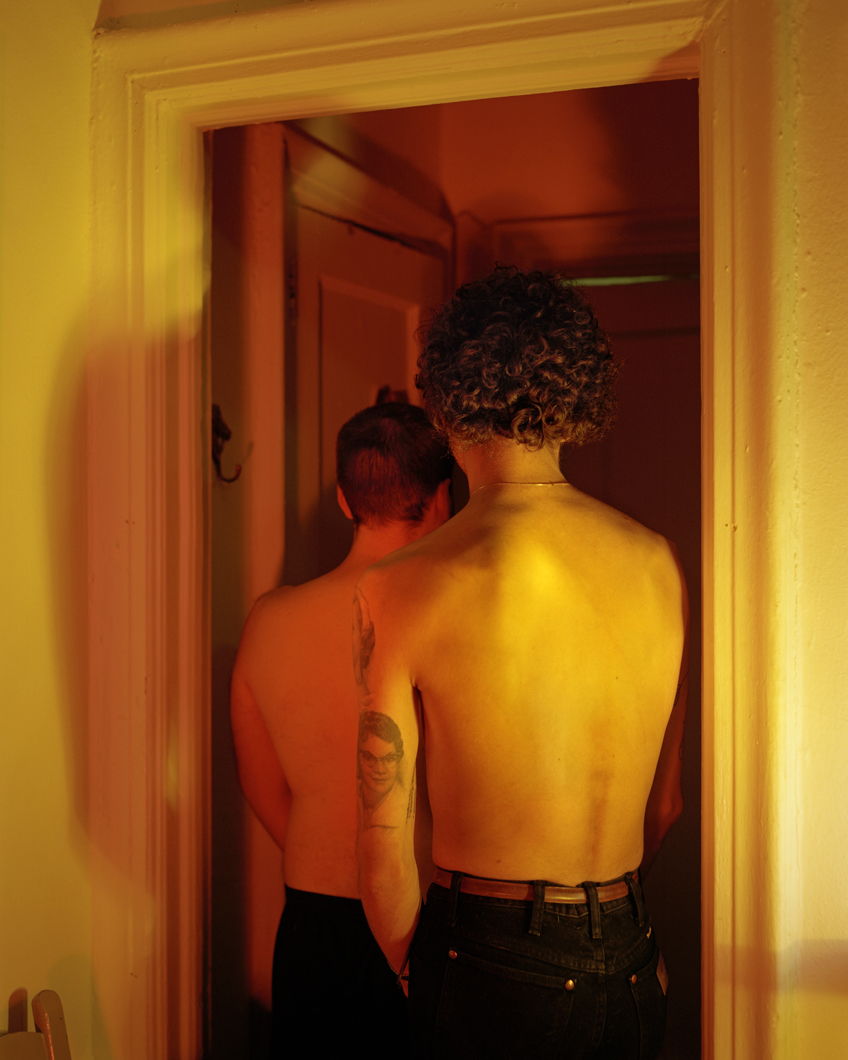 “But my relationship to language is a complicated one because of a learning disability that affected me greatly as a kid – though not as much anymore – so I’m also super interested in language, etymology, representation, perception and meaning.”

Yael’s ideas don’t fit into one style. Instead they spill across mediums and blur boundaries – like photos printed on cakes or statements printed on T-shirts. But over time, she noticed that what felt completely natural to her would be frowned on by others. She started feeling guilty for thinking ‘outside the box’.

That became painfully clear after Yael was turned down by some MFA programs she applied for – a process that proved emotionally draining and made her feel conflicted about her work. 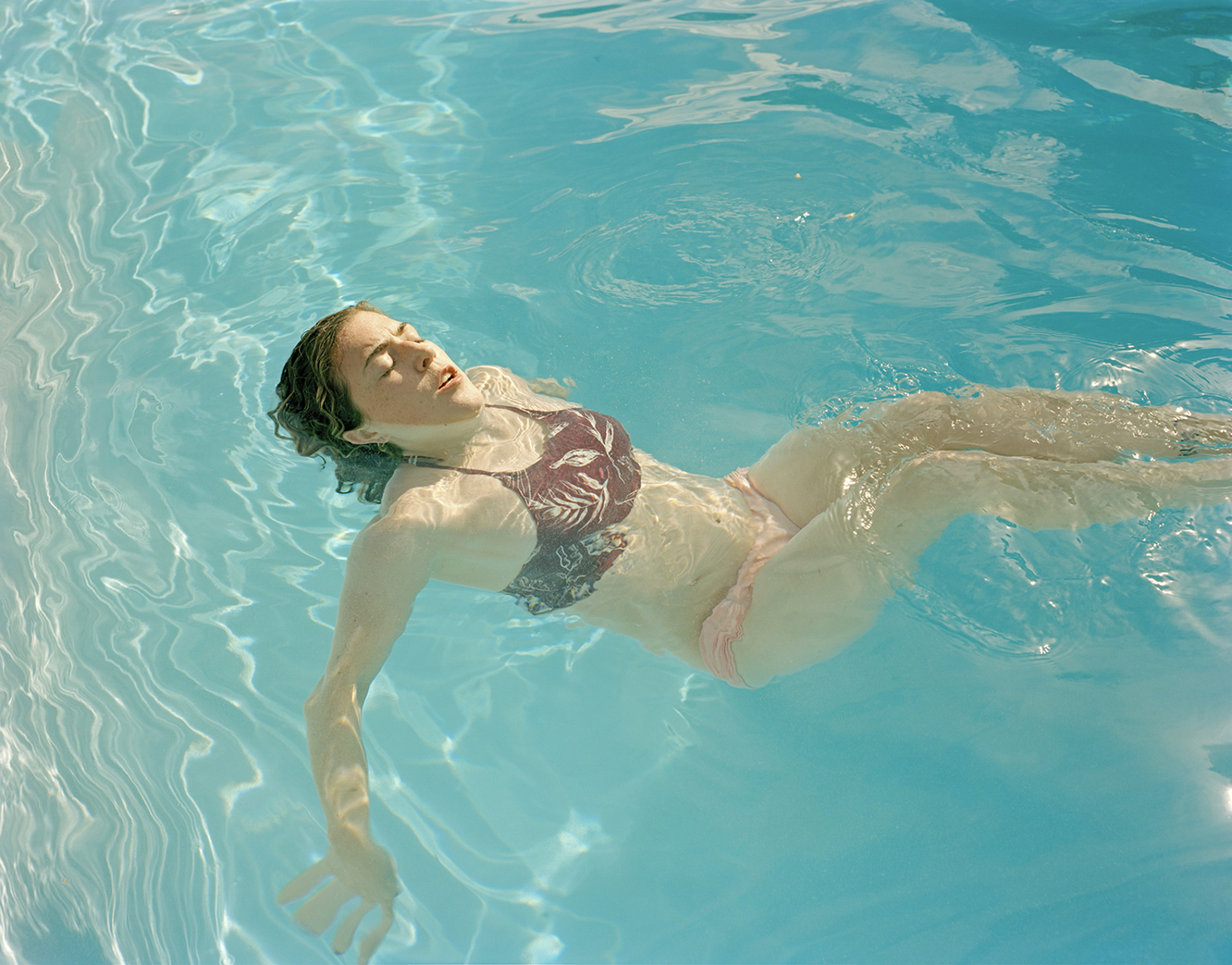 Almost Touching, the photographer’s project on the nature of intimacy, was born from that sense of failure. Previously, she always made sure to start out with a clear concept and tried to create pictures that would fit within one single idea.

But those comments from a friend spurred Yael to follow a different path: one where Yael could start bringing a multitude of visions to life, even if it wasn’t immediately obvious how they’d all link together.

“I think it’s important to just make,” she says. “This was definitely a challenge for me because the photo program I went to as an undergrad taught capital P photography. 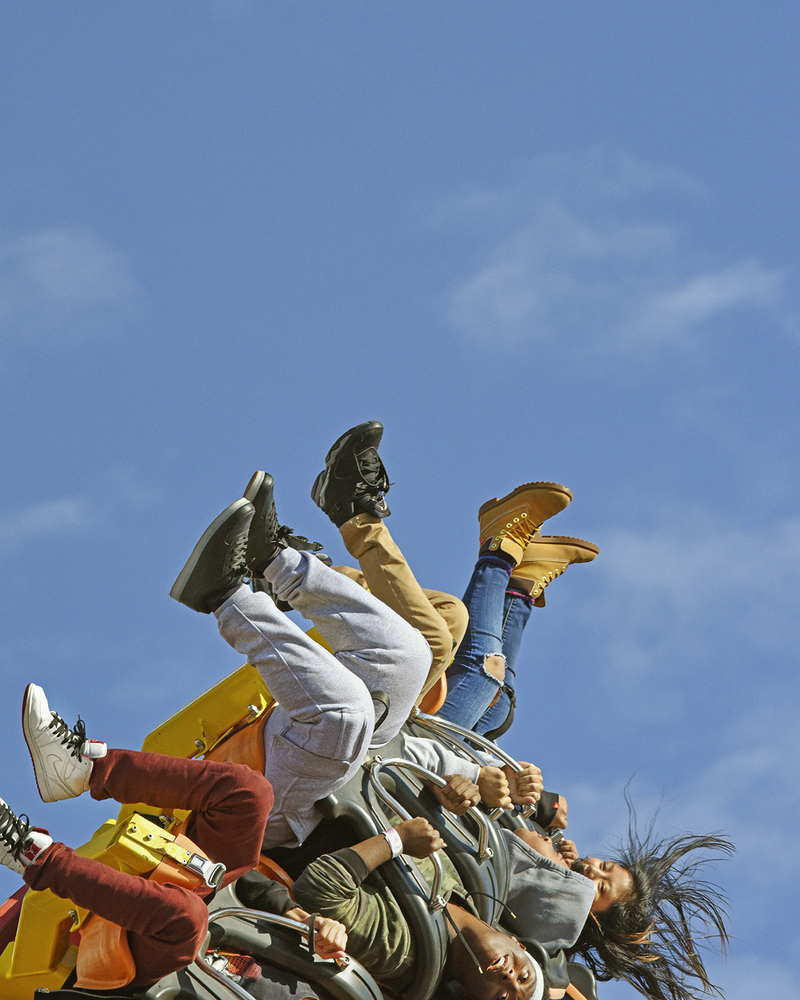 “It took a while and was a frustrating process but I eventually learned to trust myself and trust the work as time went on,” she says.

“While I think it has a distinctive look, I don’t ever want to be tied down to just making a certain type of picture or producing work about the same subject matter.”

Almost Touching is about tapping in to your truest self and how that connects, or clashes, with others.

It pulls together found ephemera – to-do lists, religious texts, children’s drawings – in tandem with overheard expressions as well as her own deeply personal images of disembodied limbs and unmet gazes, teasing out a poetic ambiguity in the process. 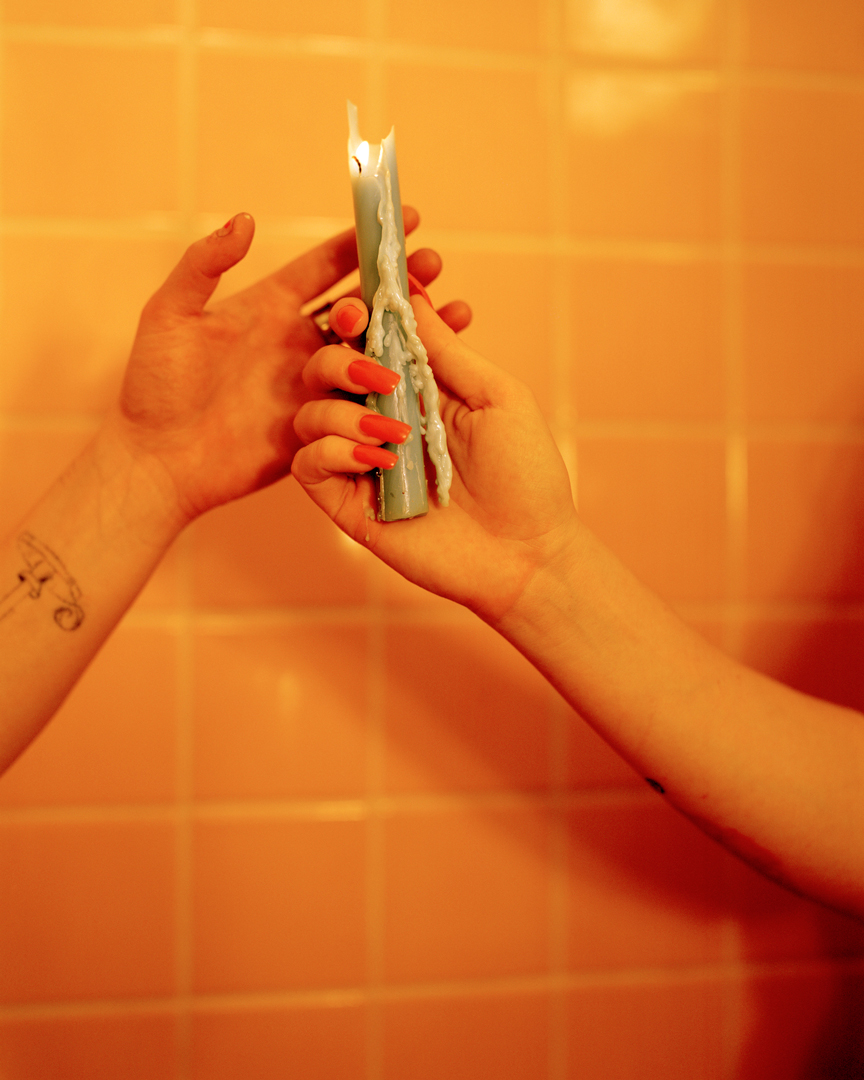 “This project is full of missed connections and misleading invitations,” she says. “My work inquires about how we reveal ourselves to strangers, lovers and friends while simultaneously questioning what authenticity or realness means to one’s own identity. So often, we say the opposite of what we mean and truth emerges from the margins.”

One image in particular – a photo of hands all taped up – came from reflecting on the experiences that shaped Yael’s persona. She took small screenshots from larger images on Facebook, all featuring people whom she had once been romantically involved with.

“Although anonymous, these gestures are familiar ones: violent, tender, silly, masculine,” she says. “Identity is made up of memories, experiences, traumas, etc. and this image encompasses all of that for me.” 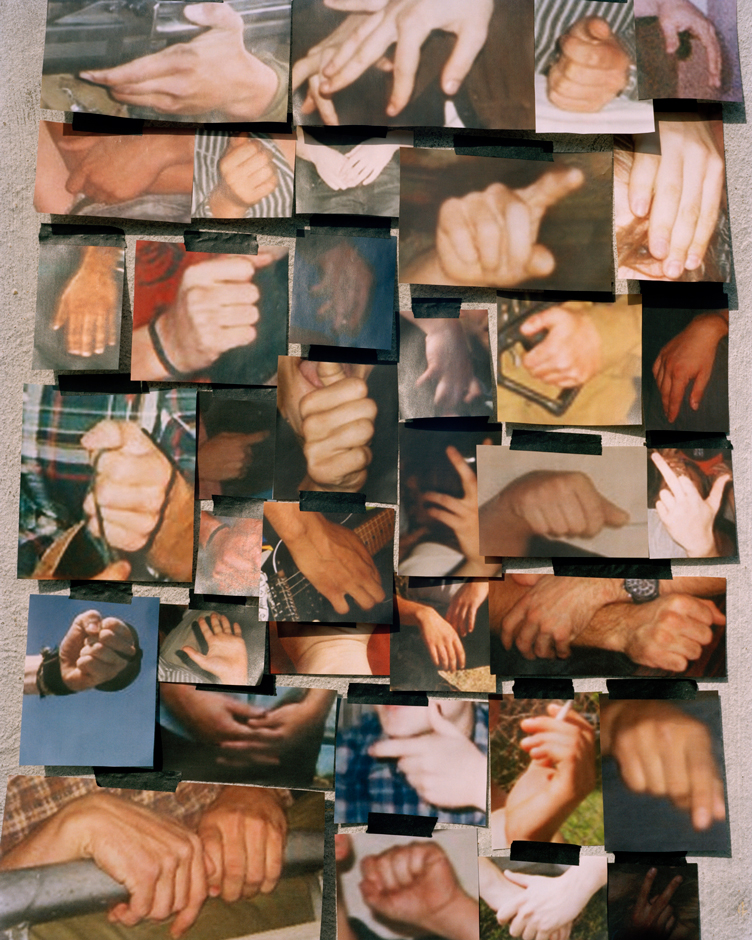 The interplay between what is shown and what is concealed, Yael explains, is where intimacy emerges from. And while that idea may not be the stuff of portfolio submissions to university programs, its rejection of convention is what makes it unique.

“Vulnerability rarely comes in the form of a declaration,” she says. “Rather, it lurks around the edges of false confession.”

Linkedin
RELATED ARTICLES
OTHER ARTICLES
Sean Maung’s photos are a love letter to the Black and brown communities that make up New York.
A new project is documenting formerly incarcerated people as they transition back into civilian life.
Following the announcement of an 80% hike in the energy price cap from 1st October, crowds gathered outside the offices of energy regulator Ofgem to protest and declare their intention to undertake a payment strike.
A 37-year-old woman shares how her abortion led her to become a clinic worker, and the abuse she’s received in that role.
Ahead of the release of their first collaborative album, the producer and rapper talk psychedelics and the state of UK hip hop.
Rogue landlords are exploiting young and inexperienced renters and leaving them in mental and financial turmoil, reports Niall Hignett.