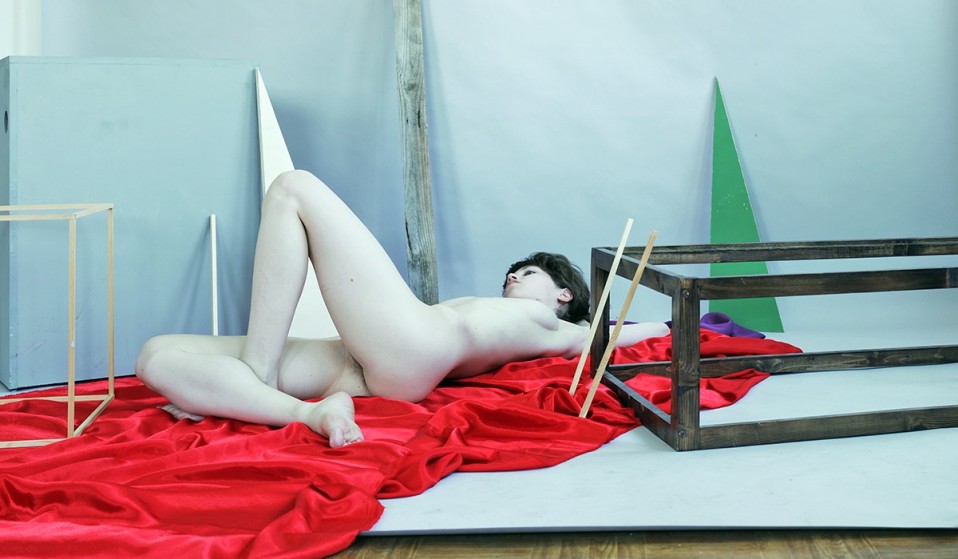 In a series of almost 500 images, Peter Puklus captures the zeitgeist of a fractious Europe over the past one hundred years. Part autobiographical, part fictional, The Epic Love Story of a Warrior is a photo book which chronicles a hero's attempt to reconcile violence and tyranny in a land of love and hope.

If the bookmark didn’t already give it away The Epic Love Story of a Warrior reimagines the traditional photo book as a work of prose. Peter Puklus invites the reader to approach it as a novel with distinct chapters and a linear narrative plot. 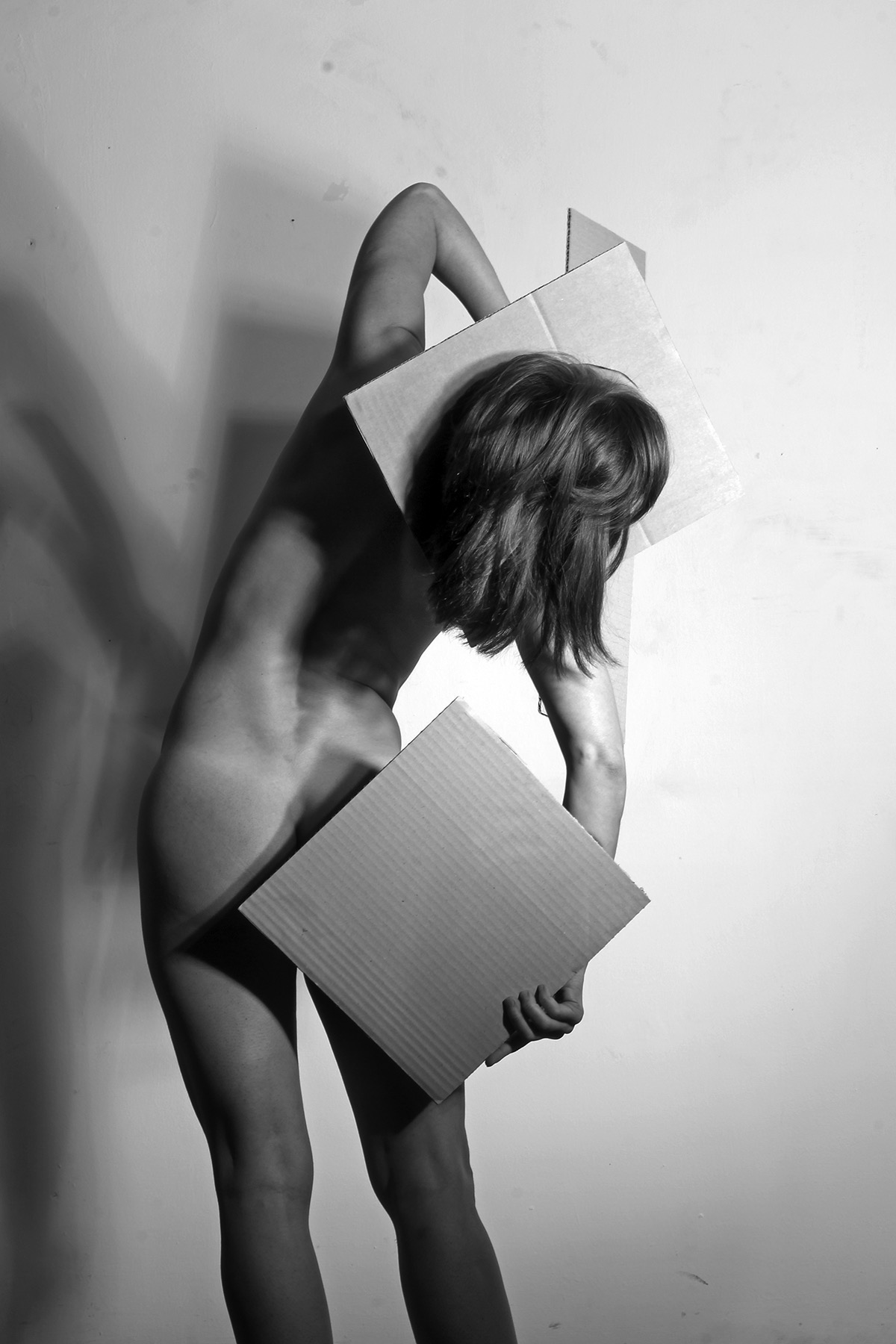 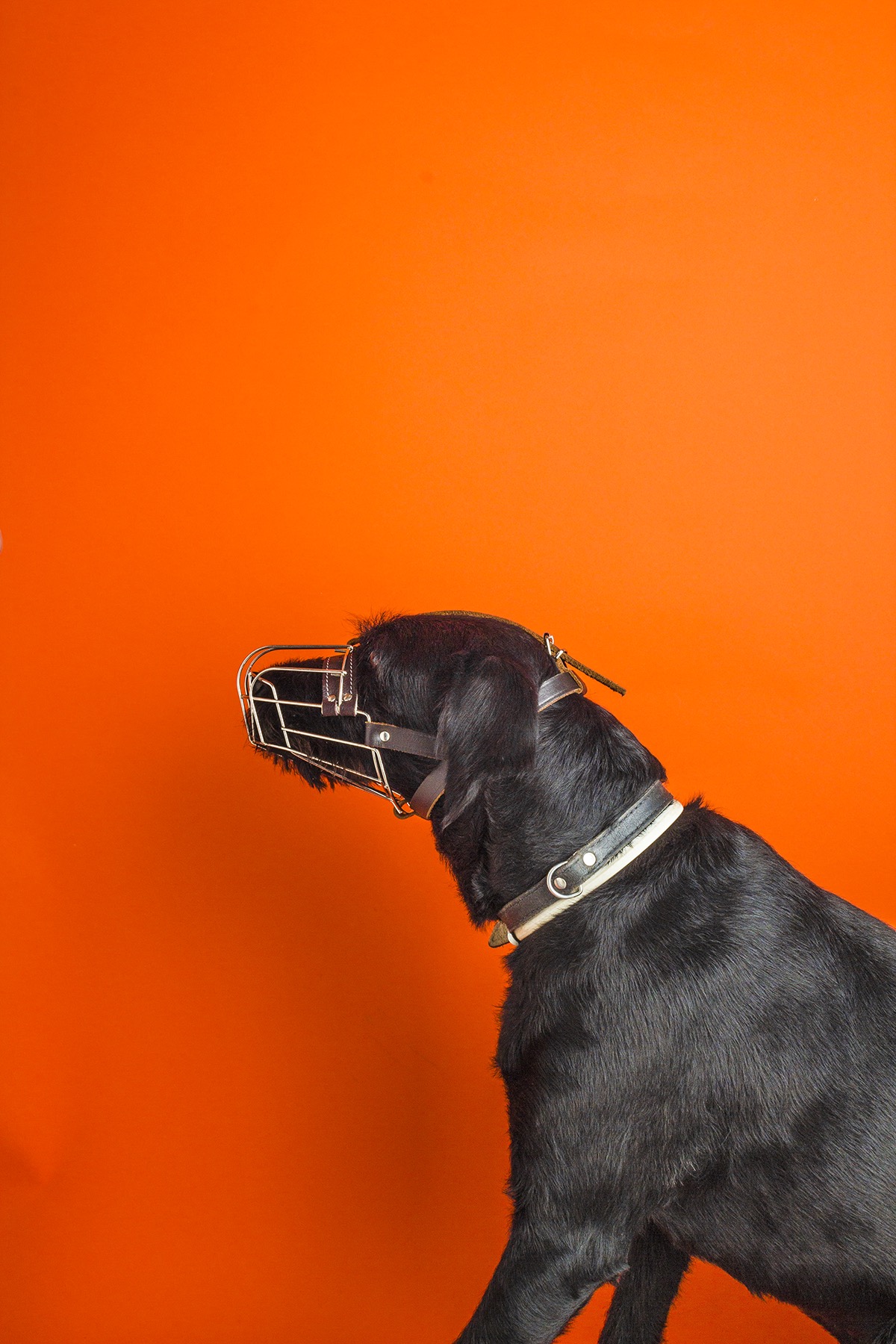 Singular moments in history are condensed into nudes and coded still life pieces: the execution of Romania’s Antonescu is captured by a photograph of a single pole in the ground, while a cluster of nails marks the assassination of Franz Ferdinand. The photo book is meant to be read from back to front as it follows the protagonist’s journey from east to west Europe.

By looking to the past, The Epic Love Story of a Warrior is one of Puklus’ most poignant commentaries on our current age. Nazi salutes and phallic props leave the reader with an underlying sense of unrest as the reader quickly recognises the wave of neo-nationalism and pessimism that sweeps across Europe – both past and present. He refuses to interfere with the interpretation of his images, but if one allegory is clear: those who do not remember the past are condemned to repeat it. 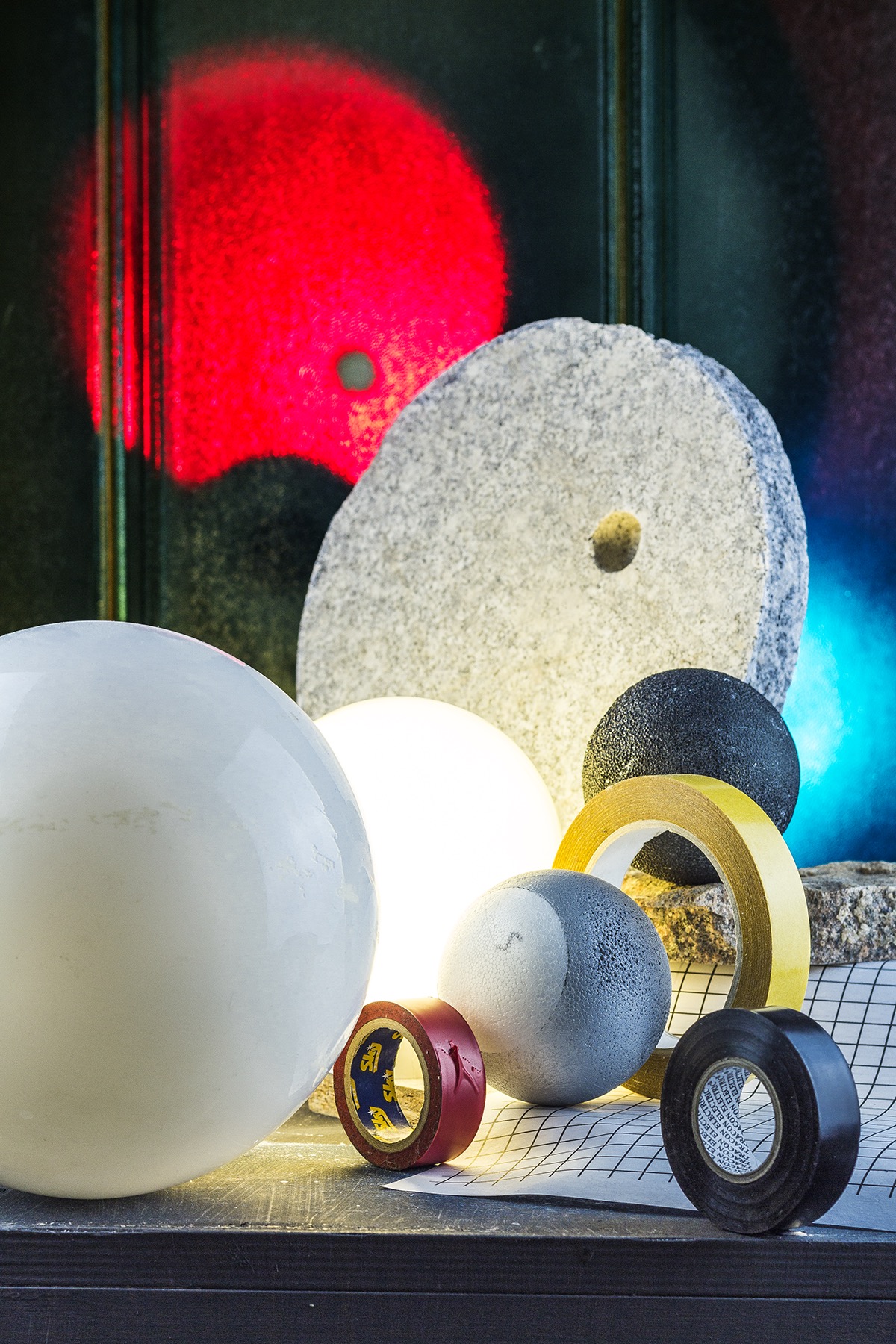 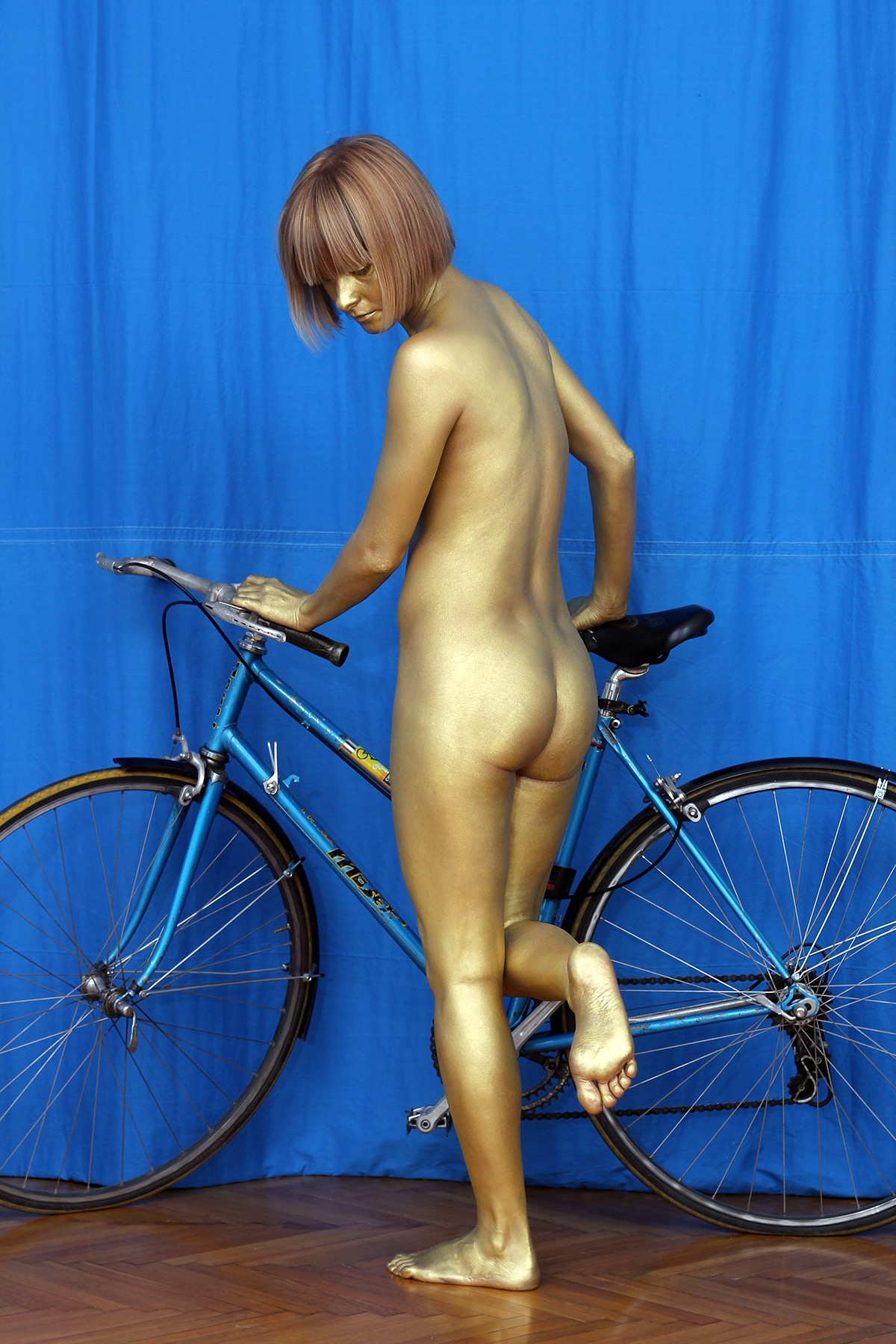 How much of The Epic Love Story of a Warrior is autobiographical and how much historical?
It tells the story of an imaginary Central-European family through the twentieth century. As a starting point I took the story of my wife’s family and the story of my own family, then I put the selected memories, personas and events from them into a so-called ‘inspiration bucket’ from which I picked elements arbitrarily to remix them into a new story.

She comes from a partly Jewish background which was pretty much devastated by Holocaust. One of my grandfathers was forced to fight alongside the Germans, and another relative was deported to the Gulag. So, it is a fictional story but built on an autobiographical and historical base. 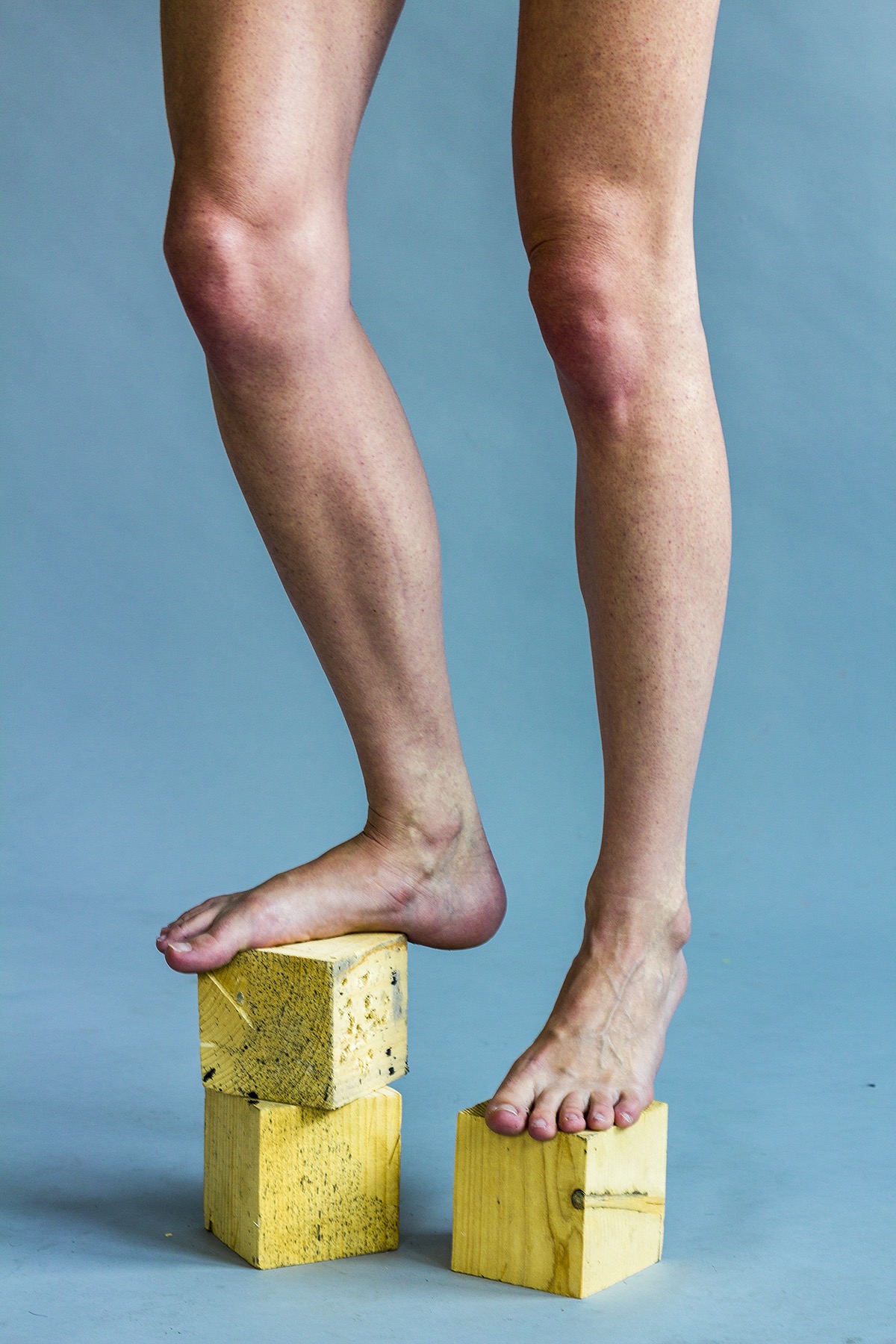 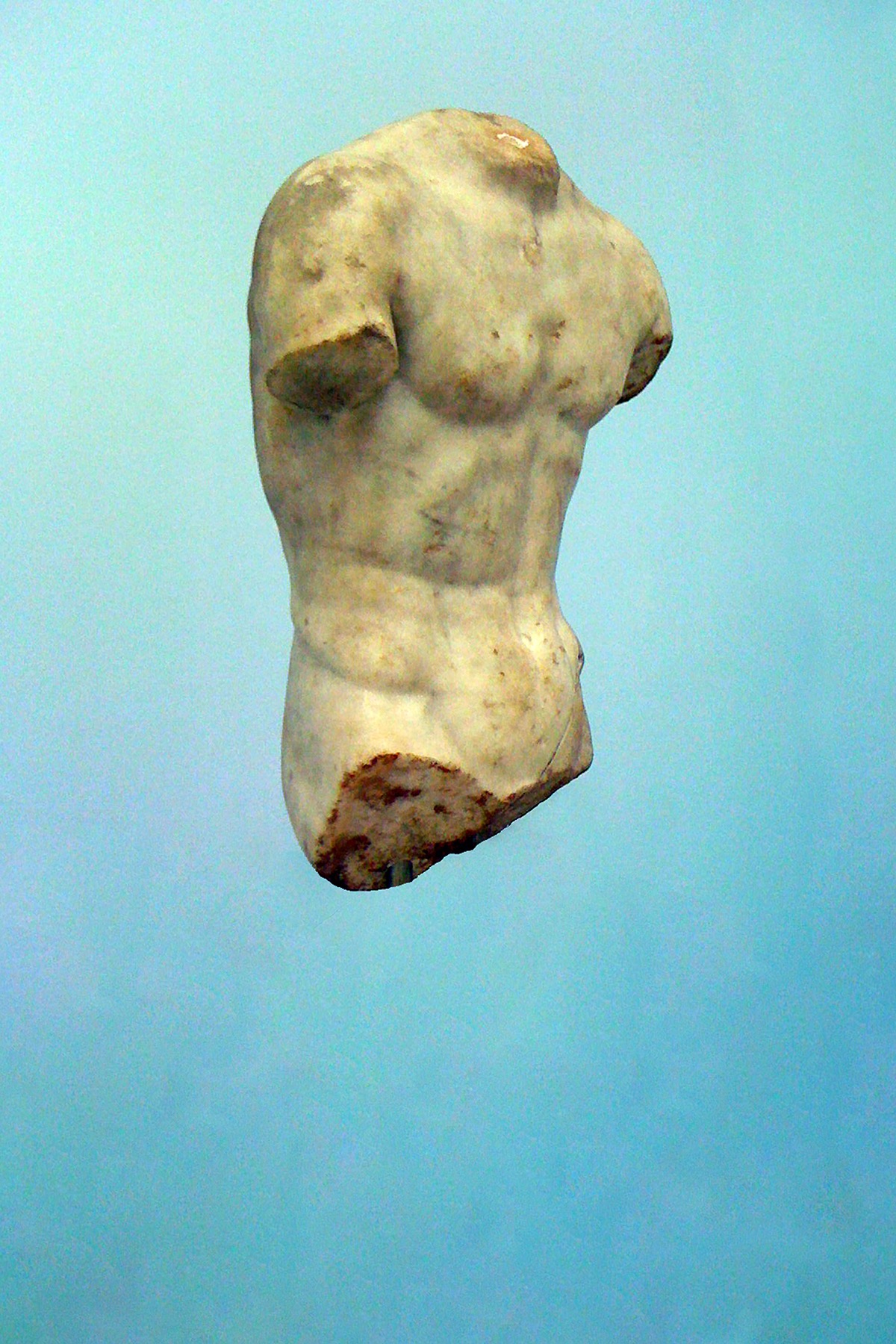 You have said that Europe is still living in the 20th century – how is that so?
The 20th century started somewhere alongside the First World War. This is the end of colonialism and the (re)birth of Nation States. This is when the long ‘happy peacetime’ ended in Europe and people had to face a never seen before brutality of mankind – and we’ve got used to it now. Almost everything that we know about our current society is rooted or originated from early post-war acts, with very few changes, such as the location of borders, rules of the politics or the structure of society.

We are taught that our history is based on a constant battle between left and right where the two almost equal powers (blue/red, good/bad, allies/enemies) fight against each other and you have to pick a side. I believe that the true 21st century will arrive when people realise that the real opposition is vertical, that the autocratic superior (no matter what colour of the flag) suppresses us the people. 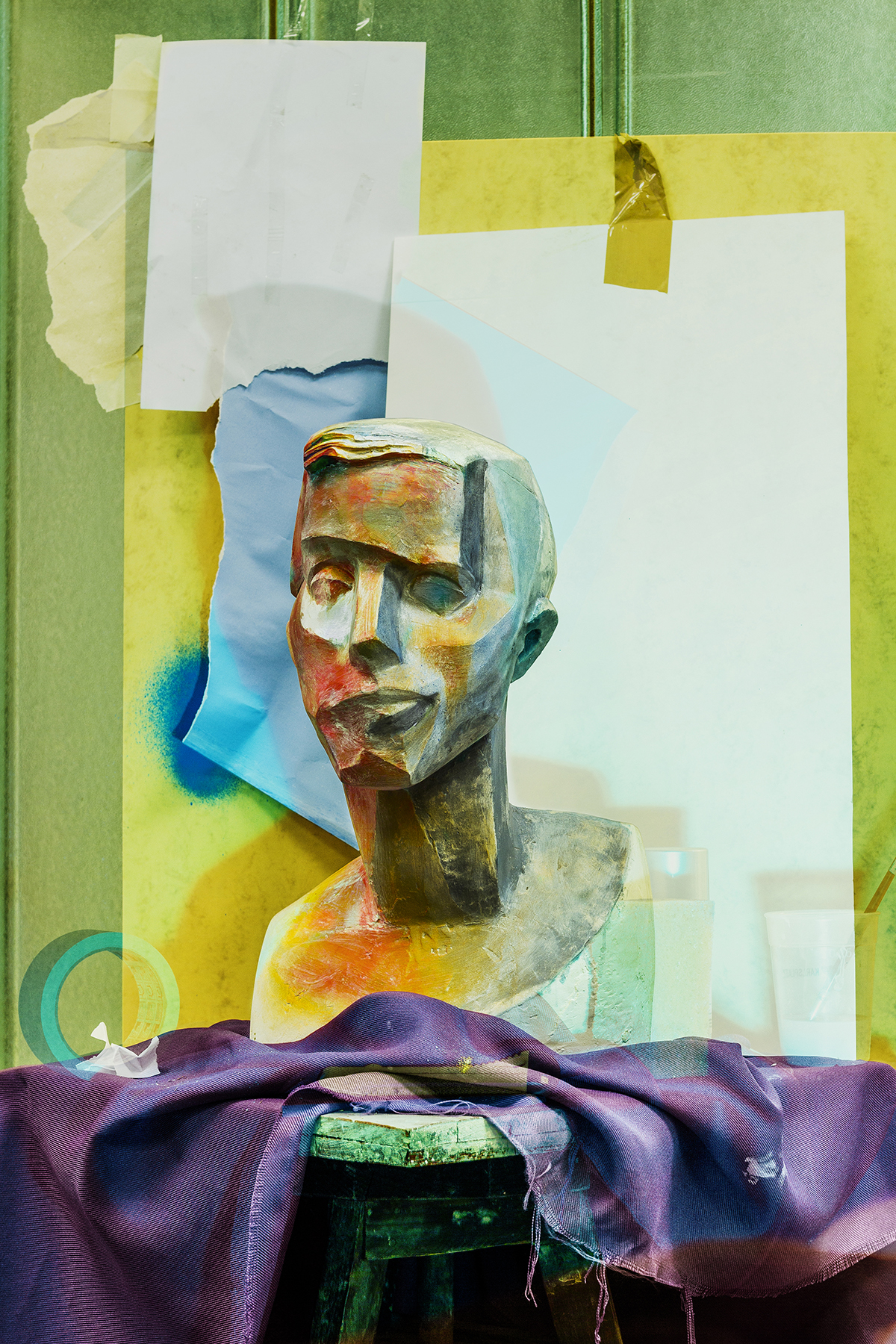 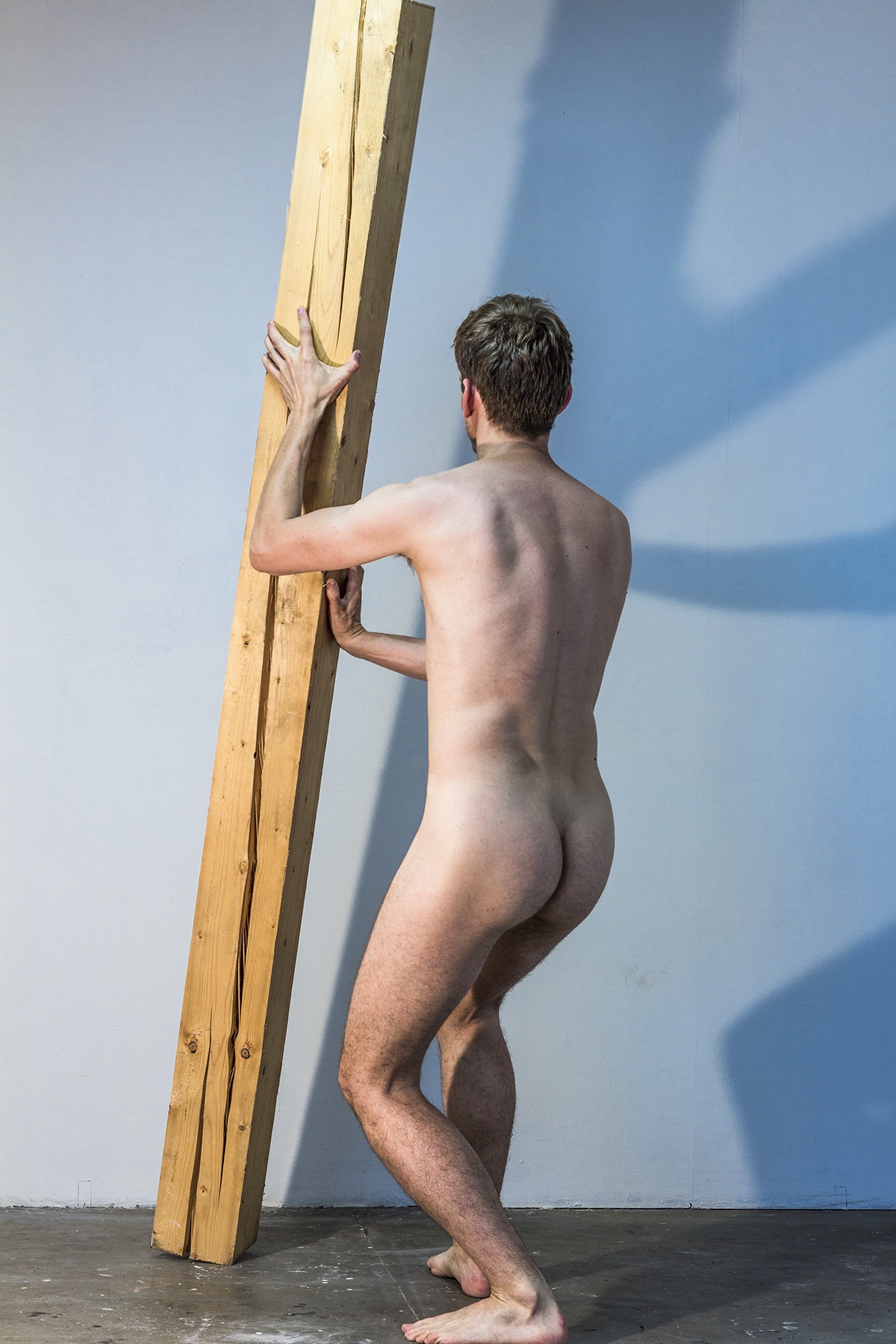 Marina Tsvetaeva’s poem about death lines every page and there are multiple images of bodies prepped for autopsy. Why does the macabre represent the history of Europe?
It is related to the act of heroism. We are taught that heroes are born during hard times and they die soon after on the battlefield or in front of the execution squad (see Joan of Arc, Alfred Dreyfuss, Sophie Scholl, Raoul Wallenberg). But how can a bronze statue or a street name become role models to the future generation?

How can they raise children, pay taxes, or build houses? I believe that the future hero is you and me, and all mothers and fathers, and for everyone who thinks that hate and ignorance cannot be part of our language. 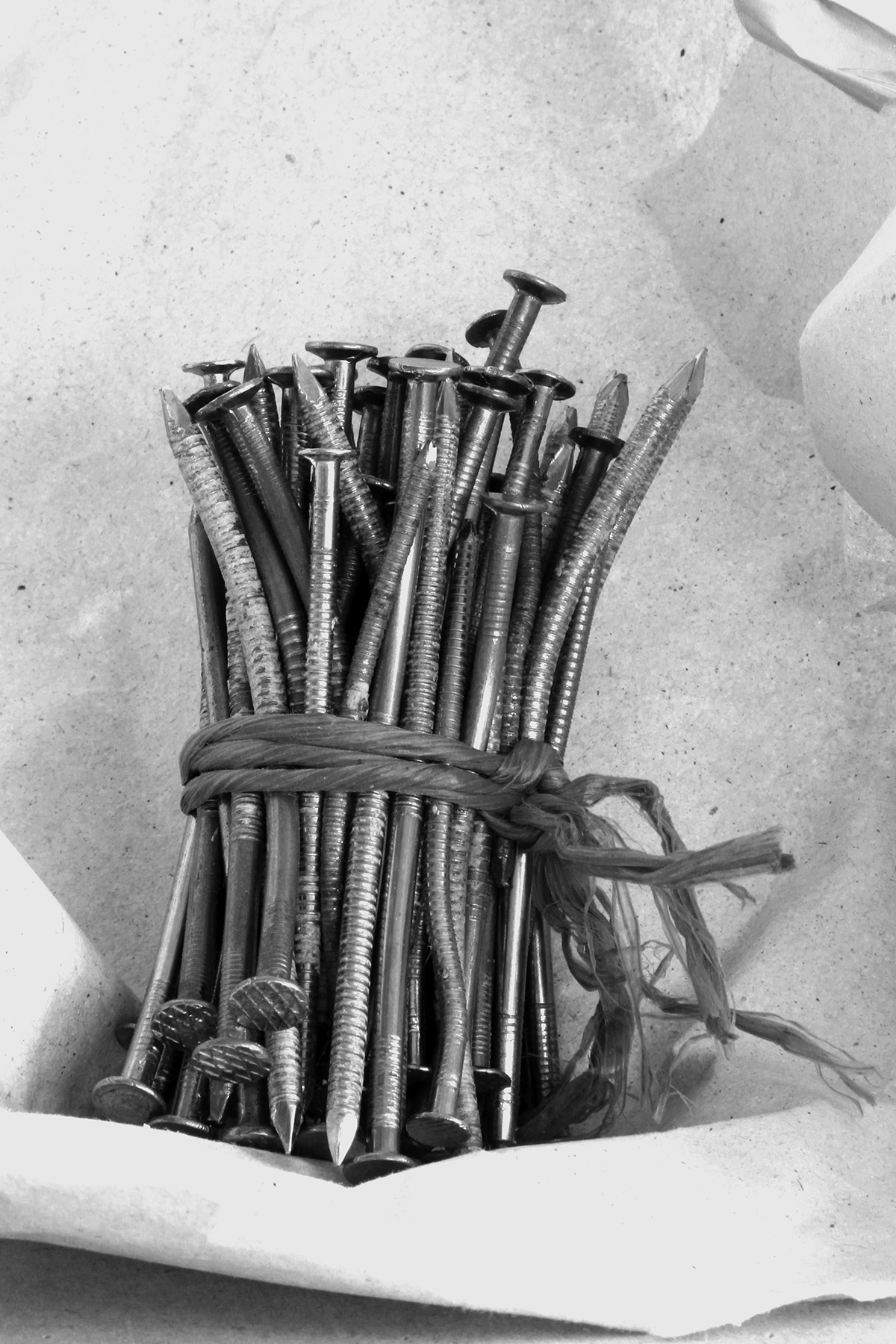 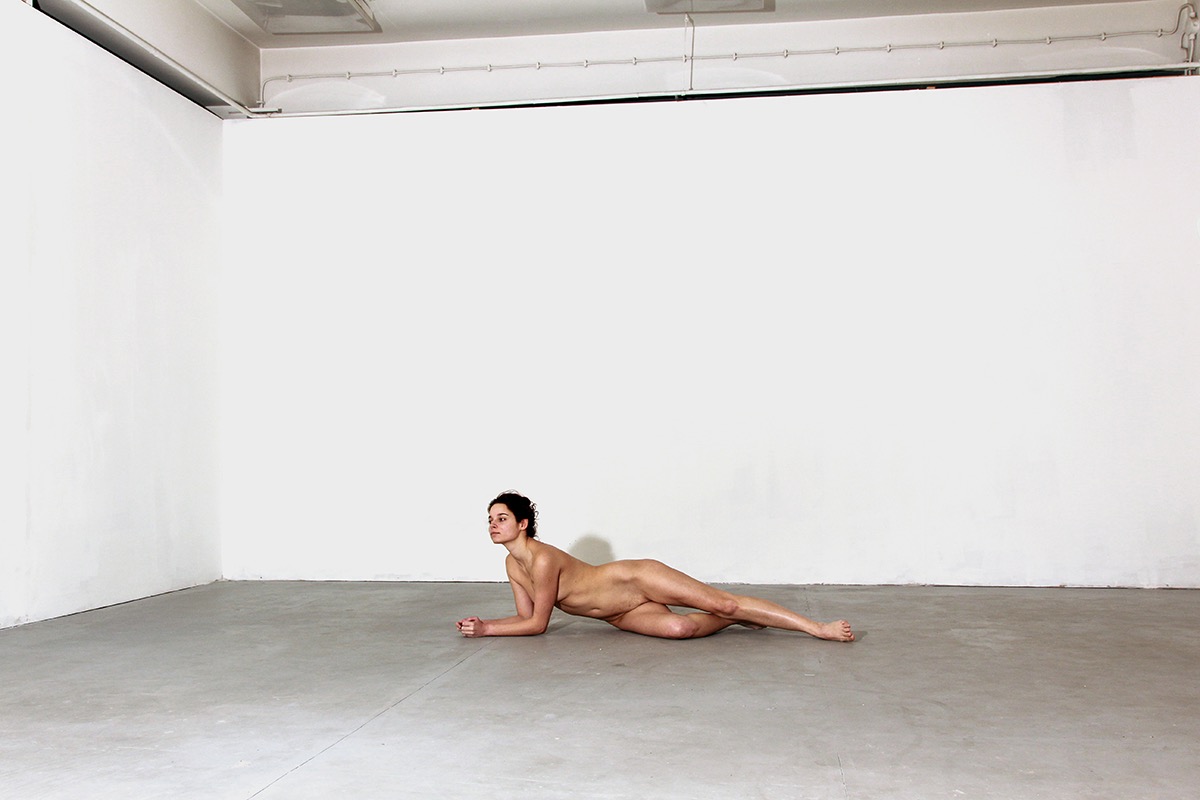 From erect penises to bare breasts – how does nudity aid your storytelling technique?
Nudity has an important role in European culture and it is strongly present through the history of art. It represents or symbolises many meanings and depending on the posture, gesture, sex, race, shape, and haircut of the model it is a tool to create strong connotations from ancient Greece to today. For example, if you look closely at the sculptures from the Third Reich or to the art of the early Soviet Empire they almost look alike because they desperately tried to justify their own existence by referring to a time they wished they were from.

What advice would you give to someone trying to decipher the allegory and interpret your work for the first time?
The book and the project has several layers. The first and most obvious is probably the visual storytelling – each image is related to the previous one. The connections are sometimes aesthetic or sometimes based on the meaning of the image. Also, there are shorter and longer stories going across the book. After a deeper dig into the project other layers are revealed, just like the inevitable futility of heroism. 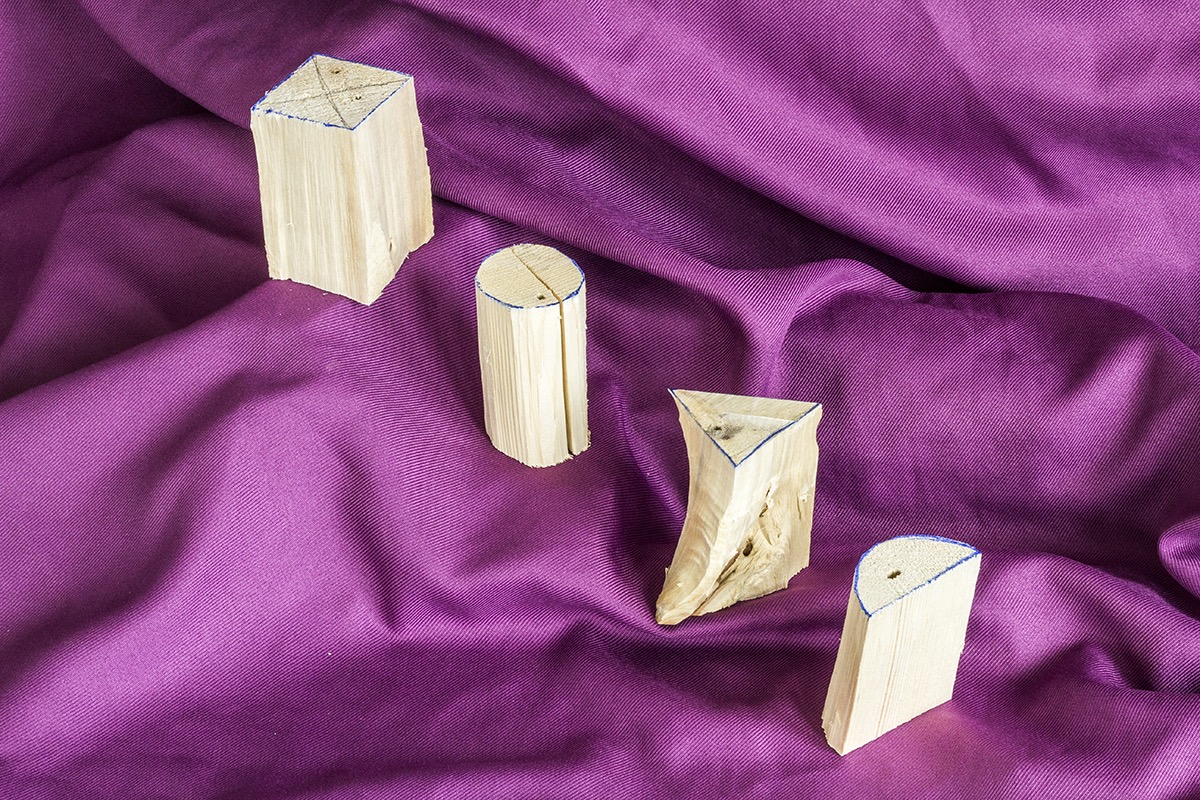 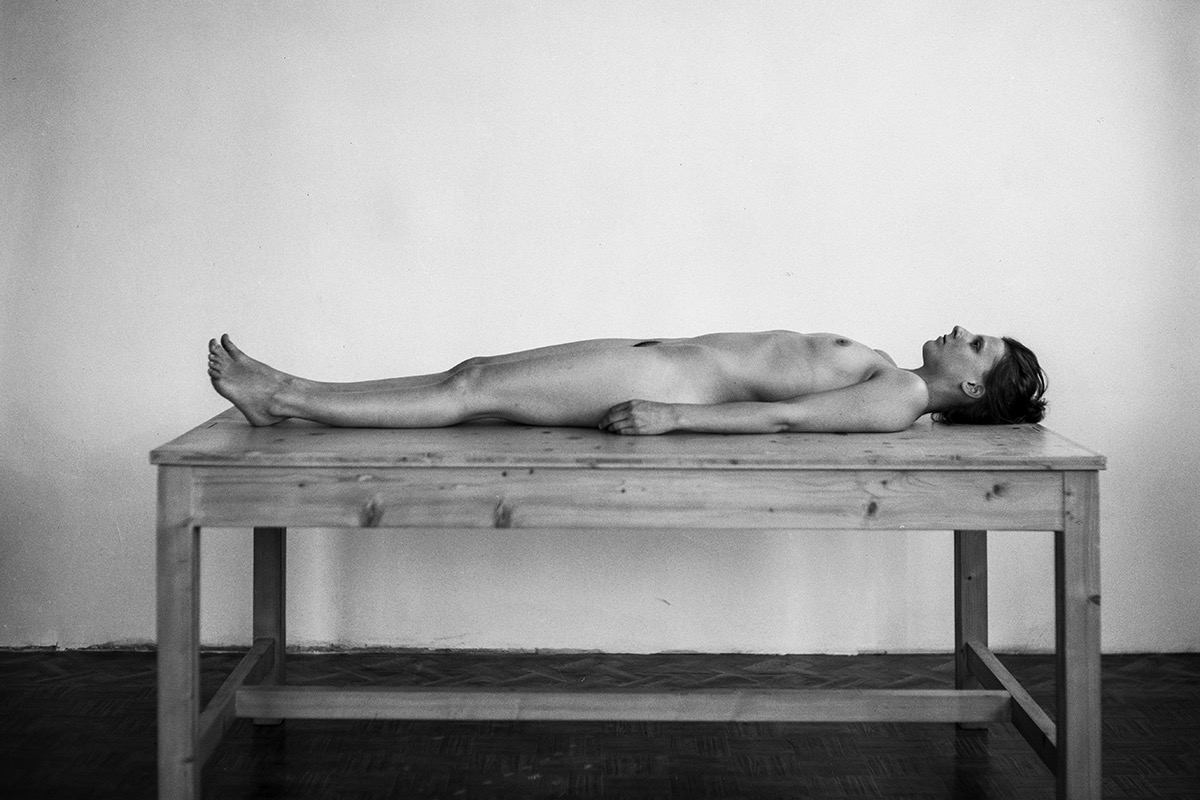 You don’t call yourself a photographer, but you take photographs. How would you describe what you do?
The artist’s language shouldn’t be limited to only one tool. A holistic practice is like when you build a house, the construction can’t be done with one tool only – different tasks need different instruments. The language is first and when you know what you would like to say, then you select the right tool to transmit your message.

The Epic Love Story of a Warrior by Peter Pukuls is published by Self Publish, Be Happy.

Reddit
RELATED ARTICLES
OTHER ARTICLES
For the past three years, photographer Stefano Lemon has been documenting South Florida’s hardcore scene – an underdog movement that refuses to die.
With a haunting new composition for a feverish new film, the British disruptor is back doing what she does best – smashing boundaries, breaking new ground.
Belonging, an exhibition by the country’s leading refugee employment charity Breaking Barriers, celebrates the passions and pilgrimages of migrants in the UK.
A new exhibition celebrates the art, lives and love affair of the revolutionary artist couple.
Back in print for the first time since 1970, Dennis Stock’s California Trip serves as a radical visual history, depicting the Sunshine State at its heady peak.
To celebrate its fifth birthday this month, Polyester is releasing four special-edition zines, focusing on beauty, masculinity and reproductive justice.