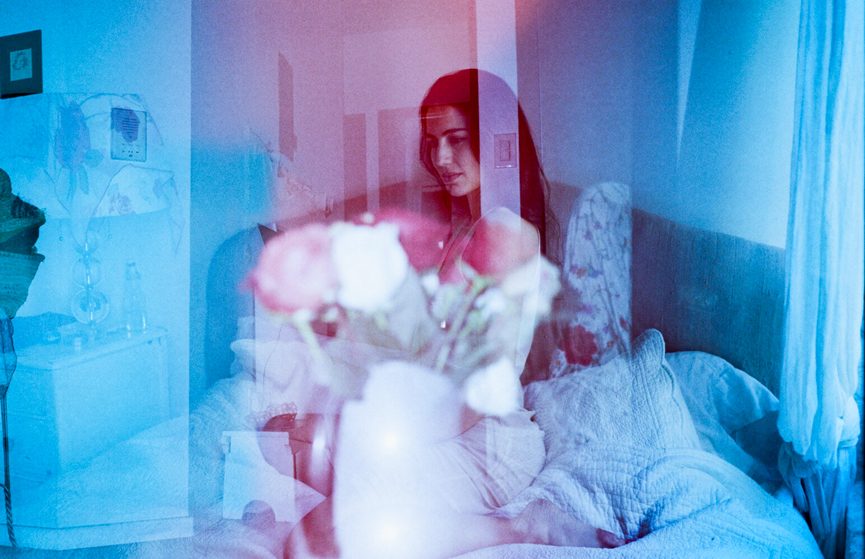 Studying to become a filmmaker made Bronwen Parker-Rhodes go broke. To support herself financially, she began moonlighting as a DJ in strip clubs around London, playing six-hour sets that dancers would choreograph routines to as she watched on in fascination.

One evening, two years into the job, Bronwen decided to get on stage herself. The buzz from performing proveId so great that she started dancing regularly. It opened up a new way of seeing things. “I was surrounded by confident, amazing women,” says the 36-year-old, speaking over Skype from a cluttered bedroom, boxes full of files stacked in towers behind her. “It was a real celebration of being an exhibitionist. I just fell in love with that world.” 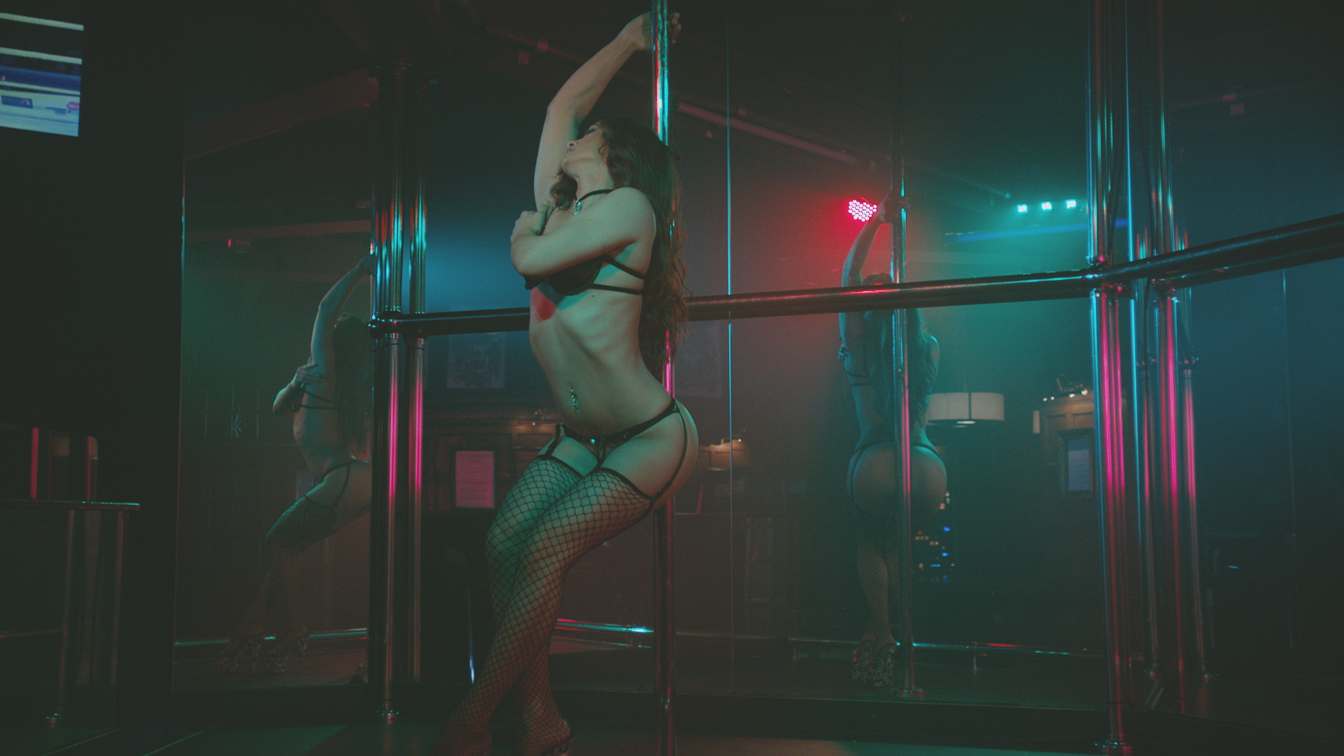 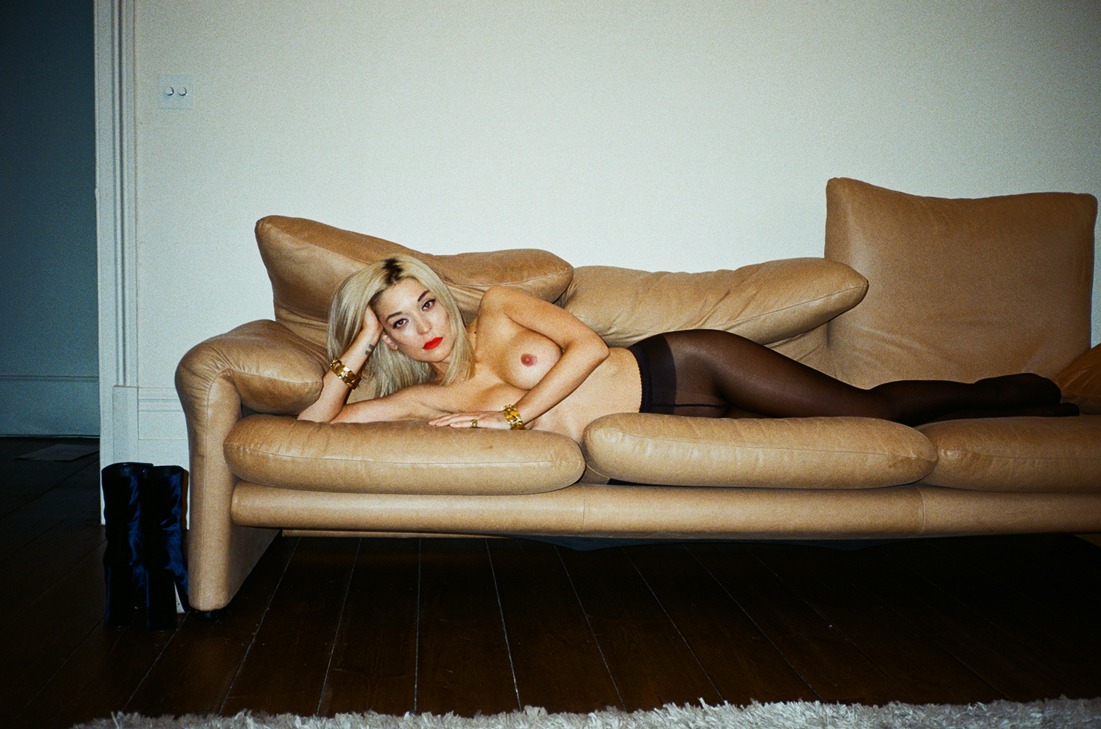 For her final project at UCL’s Slade School of Fine Art, Bronwen decided to make a short documentary about stripping called Lily. It caught the attention of a college tutor, who suggested she pitch it to Channel 4 – back when the TV station would air shorts before the news. The plan worked: they acquired the film and invited Bronwen to work on more. But even though her documentary about a stripper provided a breakthrough opportunity, Bronwen’s own life on-stage remained a secret.

Trying to secure more work, she’d attend meetings with TV executives en-route to her nightshift, wheeling a trolley bag full of dancing gear. “I’d pretend that I was going away for the weekend,” she says. “I felt like I couldn’t tell anyone that was the other thing I was doing… because it might mean not getting another film commission.”

She struggled for work either way. As frustration began to kick in during a “very difficult” first few years post-graduation, Bronwen noticed herself trying to fit other people’s expectations of what a documentary should be, rather than following the intuition that had guided her previously. Once she switched her focus back towards telling the stories that mattered to her, things began to pick up again. “After a while I realised the reason people liked my films was because they weren’t like normal documentaries.”

Raised in an artistic household in London’s Muswell Hill by her mother and father – an illustrator and philosopher, respectively – Bronwen pursued creativity from an early age. She ended up studying sculpture at the Slade only to realise that she was more interested in the photos and films documenting her art than the art itself.

By the end of the degree, that process became her full-time focus. “It never really occurred to me that these little films I was making in art school were documentaries,” Bronwen says with an awkward shrug. “I guess I fell into filmmaking that way.” 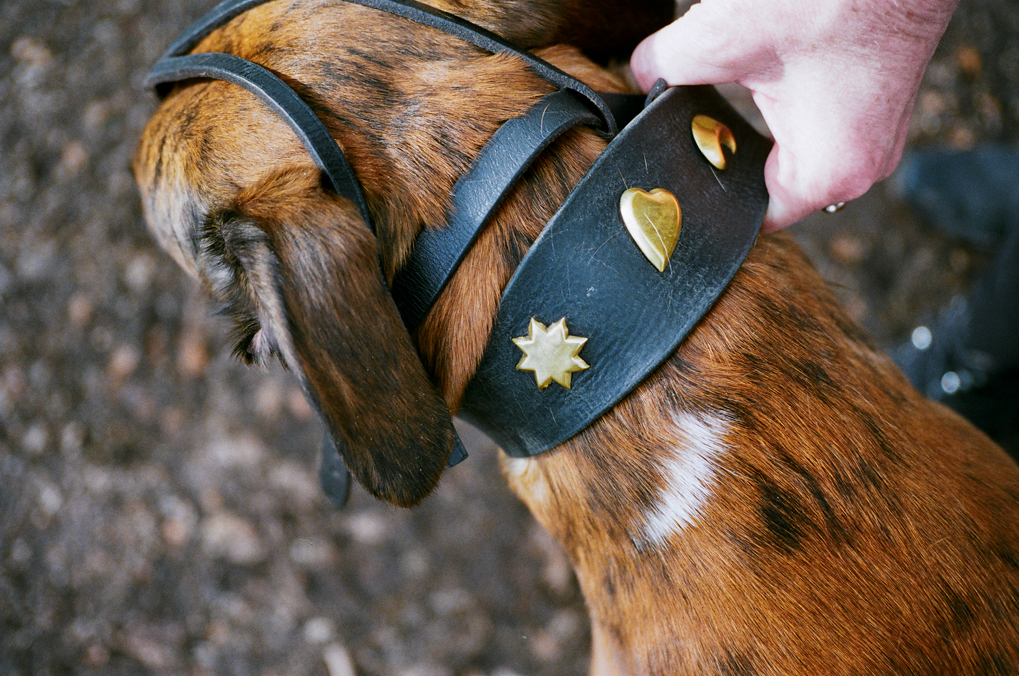 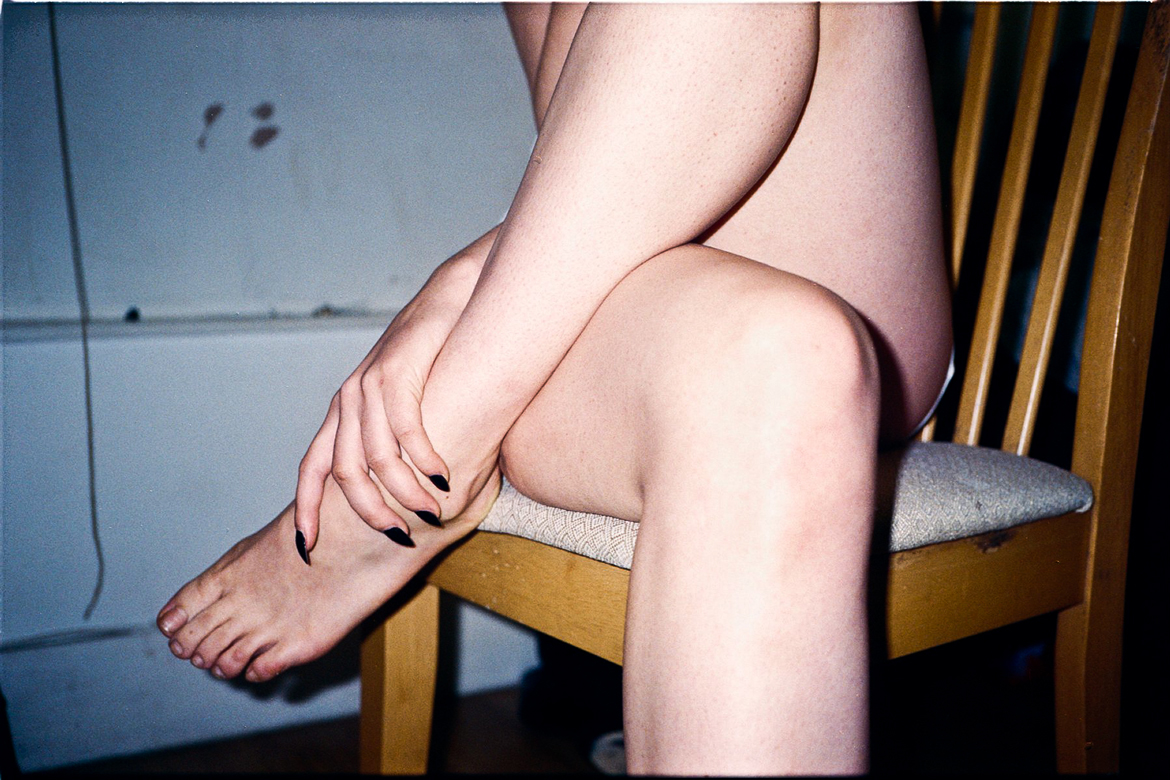 Unlike more traditional documentaries, Browen’s films feel like fluid portraits, capturing the spirit of their subjects through their physicality. That could be following Arizona’s teenage exorcists as they embark on a soul-saving tour across Ukraine; it could mean exploring the intimacy that exists between a stripper and their customer; or it might just involve sitting down with five women who are all in love with the same man, absorbing the sensual detail of a shared fantasy (spoiler: the man is Alan Rickman).

These films about seemingly disparate subjects – dancers, hunters, artists – feed into a larger project about bodies and the ways they connect with their environment. It’s an approach that ties back to being a professional dancer herself – a role that helped hone her sense of empathy, communication and trust.

“With stripping, you’re constantly engaging with people – people you wouldn’t normally engage with – so there’s an obvious overlap with filmmaking,” she says. “I know a lot of dancers who have retired and found it hard to get into other work because they can’t really put ‘I was a stripper for 20 years’ on a CV. But my god… the amount of skills you learn.” 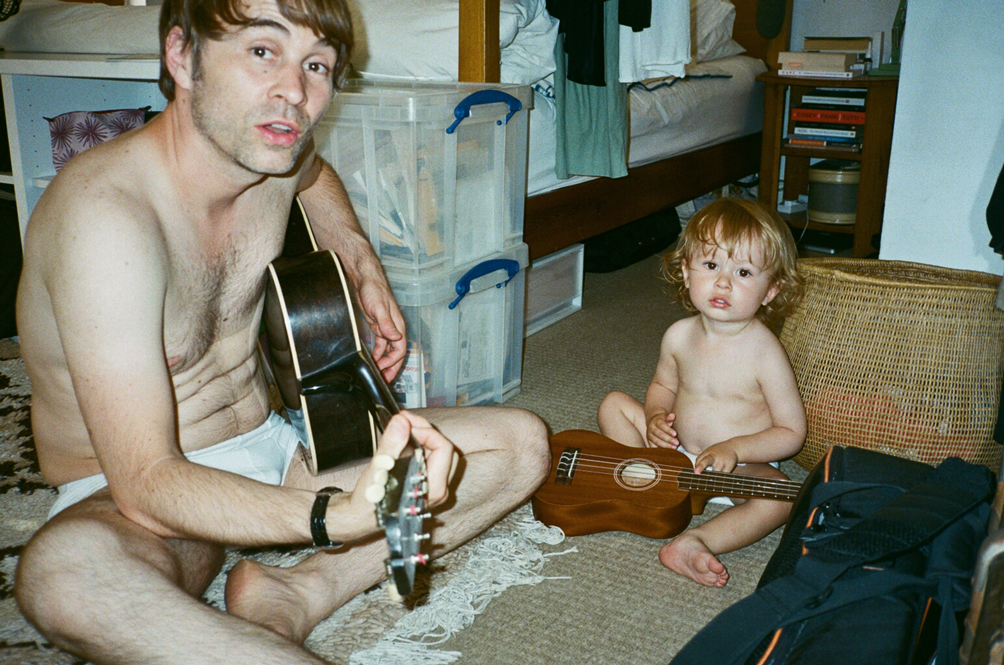 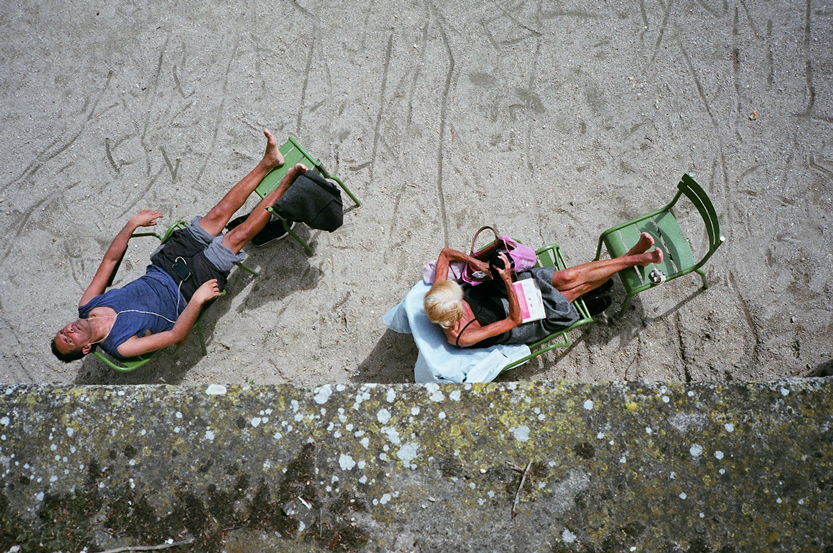 In conversation, Bronwen is self-deprecating and at times a little awkward, making it clear that she’s more comfortable being the one asking questions than answering them. This is the first interview where she has opened up about her experiences as a dancer, giving rise to some hesitation. “I always felt like there was a chance it could backfire,” she says softly. “But if I’m worried about it hurting me, then it’s probably not a job I want to do. I want to get commissions based on who I actually am.”

Bronwen recently became a mother for the first time, which inspired her to explore physicality from a slightly different angle. Taken aback by the physical changes she went through both during and after pregnancy, she began talking to other women about how motherhood alters the way they view their bodies.

The resulting short film, made for The New York Times, aimed to spark a judgement-free discussion about post-birth recovery and how societal perceptions of mothers can be reductive. “We’re all incredibly proud of being mums, but there is that desire to go out and be recognised as something more than that,” she says, carefully. “I don’t just want to be seen as a mother.”

“I’m more focused when I work now,” she says, glancing at the baby monitor just off-camera, before breaking into a grin. “Even though maybe I’m more tired, I feel like my ideas are sharper.”

Linkedin
RELATED ARTICLES
OTHER ARTICLES
Wealth inequality and the rising cost of socialising is placing a strain on people’s relationships, reports Eve Upton-Clark.
The author discusses the all-consuming nature of heartbreak, and turning the experience into an incisive exploration of love and loss.
Yesterday queer activist group Lesbians and Gays support the Migrants staged a die-in at the Pride in London parade to protest the inclusion of police in the march reports Huck politics editor Ben Smoke.
In the latest instalment of Photographers in Conversation, the chronicler of raves, protests and beyond explains why he’s drawn to such specifically visceral environments.
Photographer Matthew Brookes recalls following a group of young people in Venice Beach living in search of the perfect wave.
Photographer Arthur Grace recalls travelling through the Soviet Bloc and finding ways to evade the surveillance of his work.