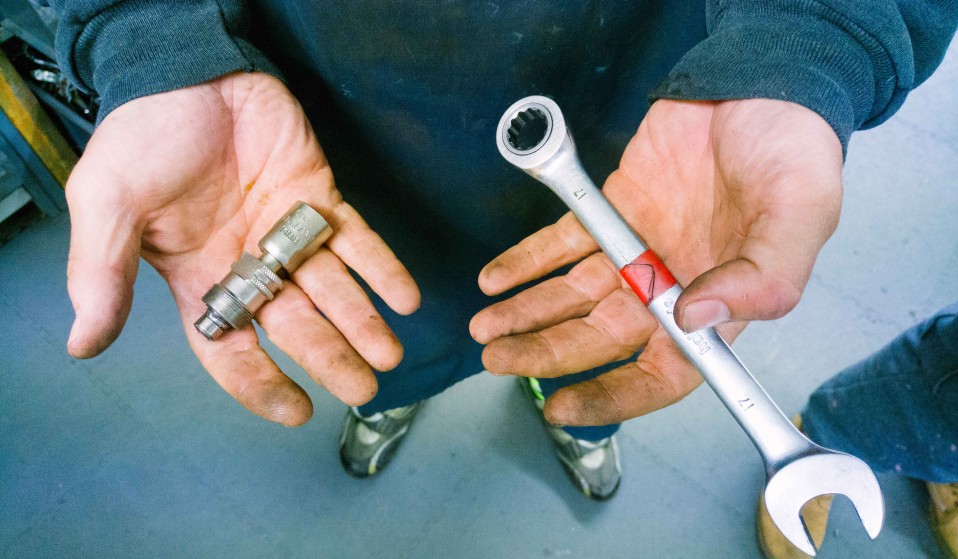 Photographer James Arthur Allen uncovers a cycling community with a difference: one that isn’t just about repairing bikes, but fixing society.

Photographer James Arthur Allen uncovers a cycling community with a difference: one that isn’t just about repairing bikes, but fixing society.

Stokes Croft, in the city of Bristol, has long been a hotbed of creativity and activism: a microcosm that retains its independent roots even in a time of increased gentrification and development.

But BBP is no ordinary bike pitstop: people who walk through these doors never really leave. 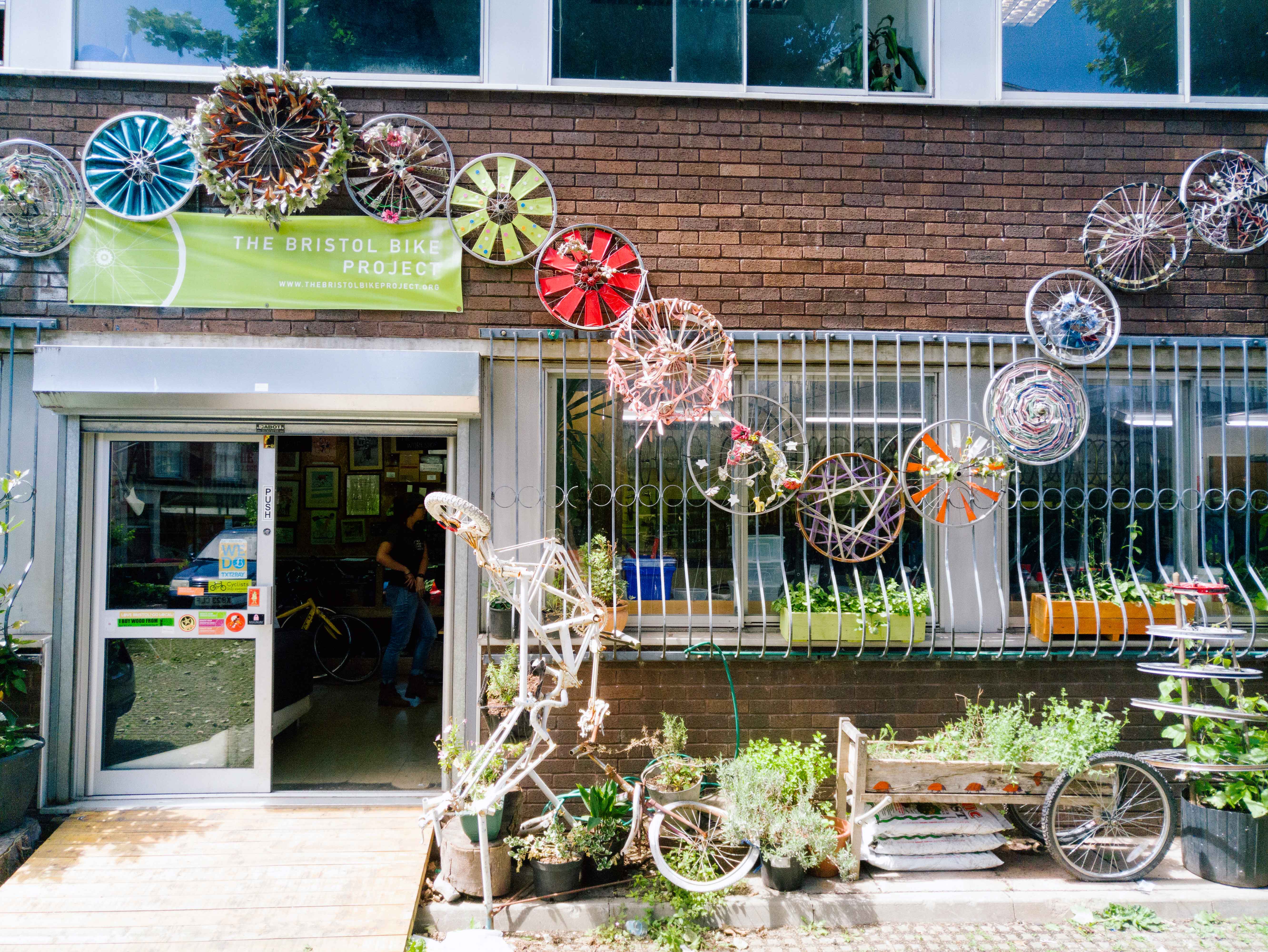 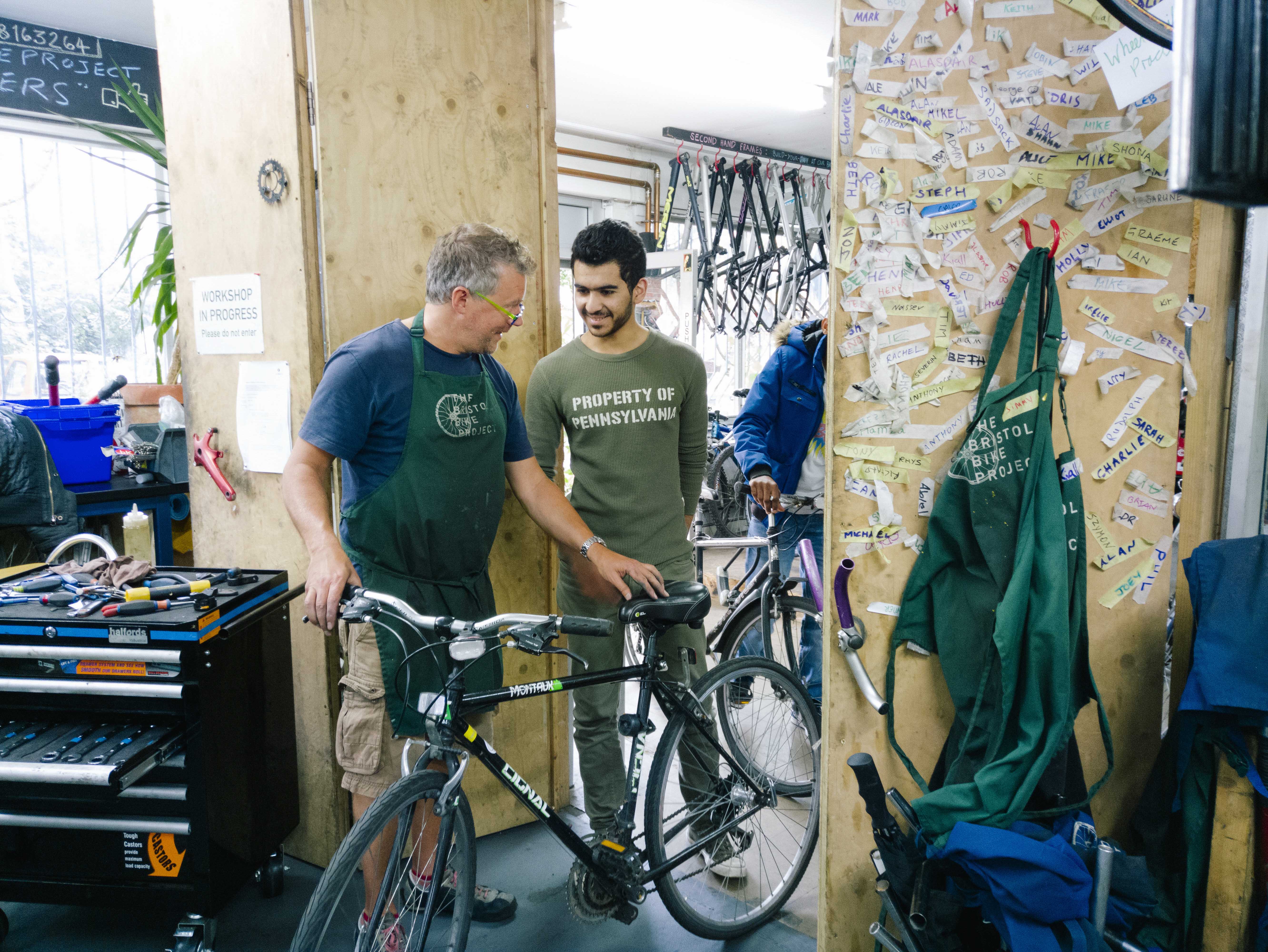 Founded in 2008 by James Lucas and Colin Fan, the project has grown into a full-time enterprise that supports and equips vulnerable groups in the local community through the humble bicycle.

At the core of the project is their Earn-a-Bike programme, set up so that people from all walks of life – from asylum seekers and at-risk youth, to anyone living on the margins – can learn basic mechanics and earn a bicycle in the process: there are no hand-outs here.

BBP operates as a not-for-profit workers’ co-operative with a flat structure of pay. “All profits are channelled back into our volunteer-run programme,” says James, who also founded Boneshaker magazine as an outlet for his two-wheeled passion.

“The programme is inspired by the Chinese proverb: ‘Tell me and I’ll forget. Show me and I may remember. Involve me and I’ll understand.’” 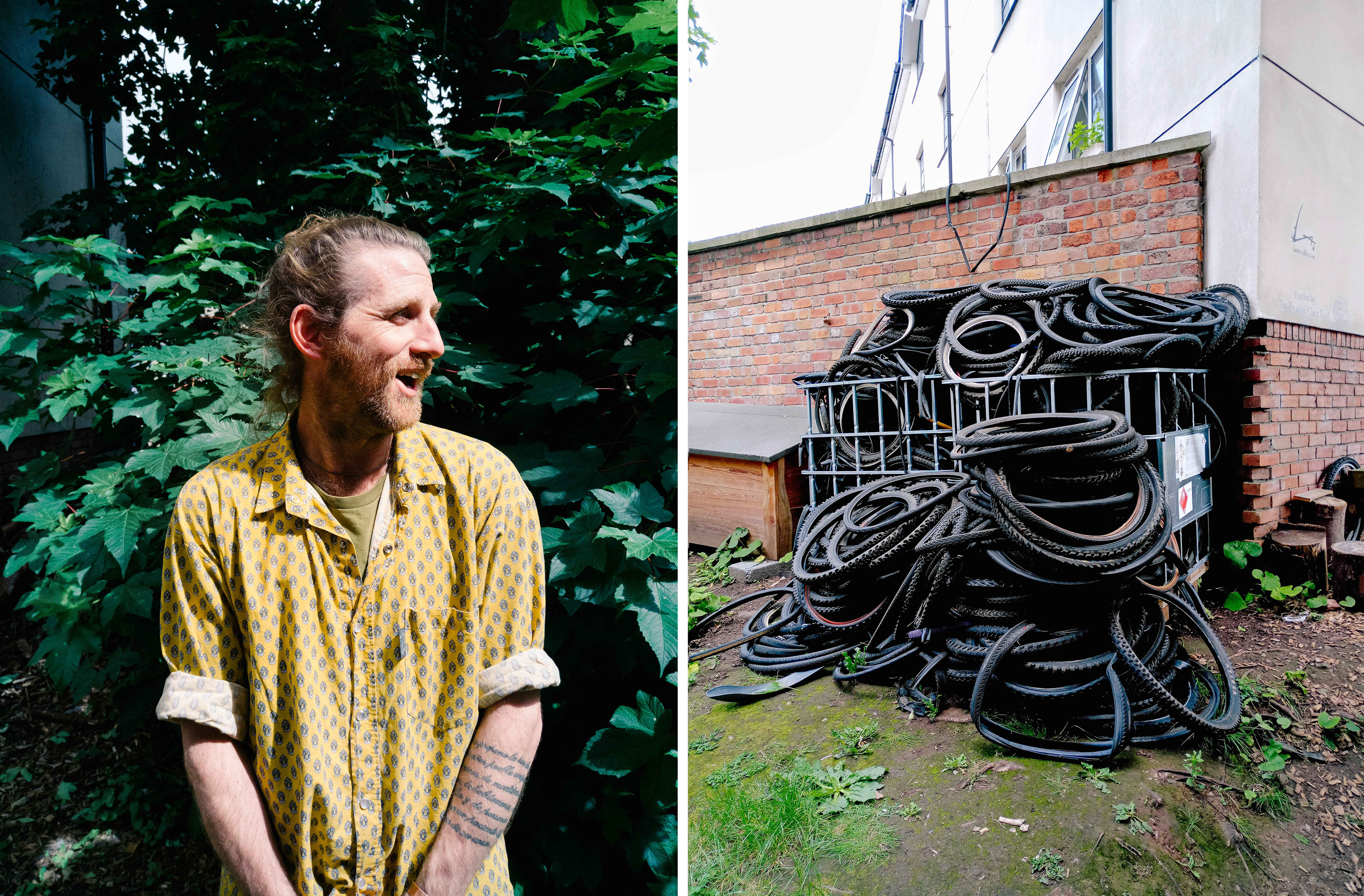 Co-founder James Lucas has long believed in the transformative power of bikes.

This philosophy leads to a hustle and bustle that doesn’t limit itself to staff. On a sunny day in early June, Julien and Big Al – both experienced bike mechanics – are running the Fix-a-Bike session, overseeing volunteers at six busy work stations.

Customers, volunteers and users of the project rub shoulders as they work alongside one another, talking bikes and life, exchanging skills and advice, and generally having a laugh. 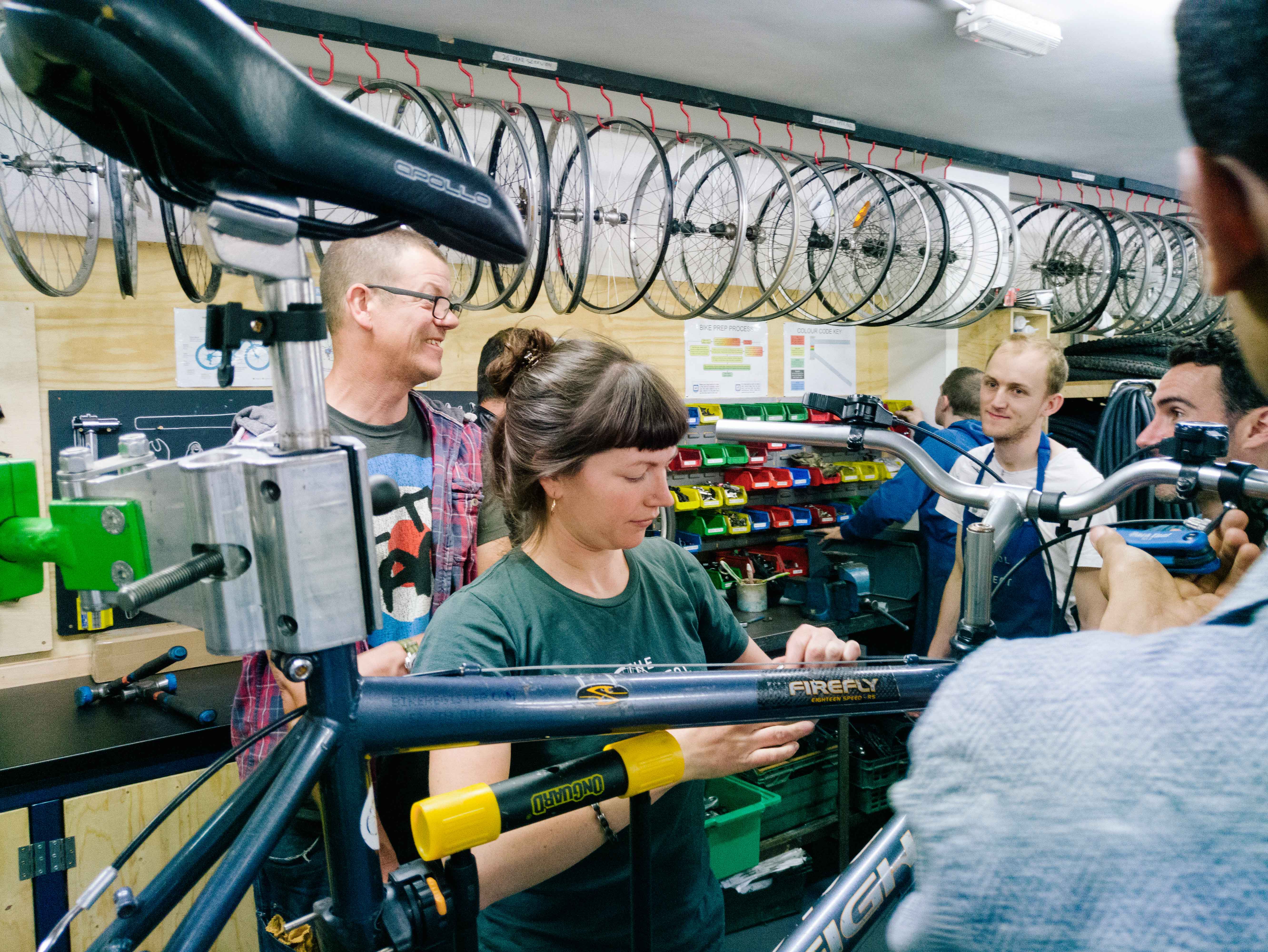 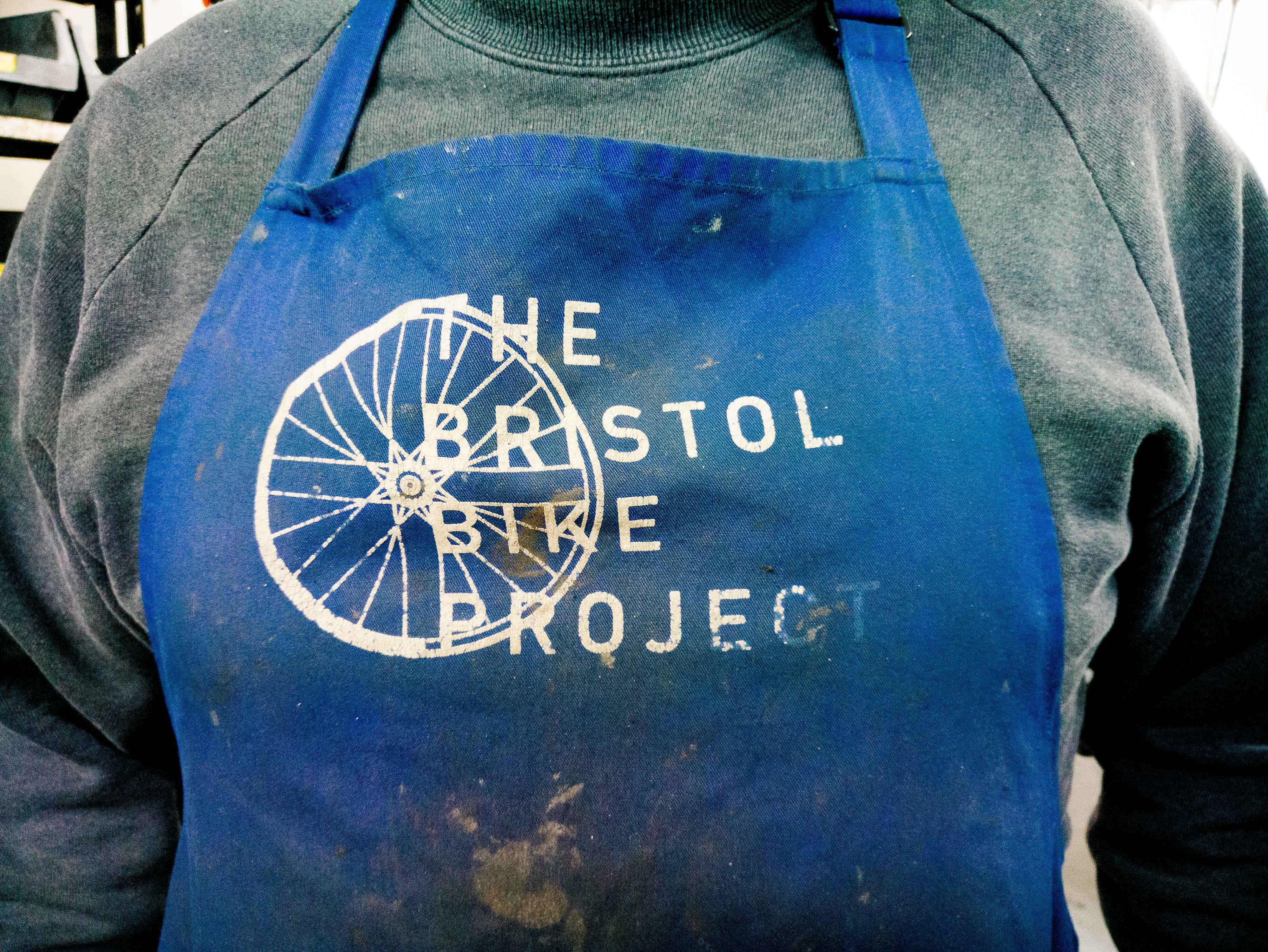 There’s something infectious about the spirit of the place. As a photographer, it’s my job to capture that. But gaining the trust of your subjects is always a brand new challenge.

I’m used to turning up to shoots with a huge camera bag in hand, rolls of film and sturdy light metre. But there’s something distinctly freeing about simply shooting on a phone like the Kodak Ektra. Without a huge camera in my face, conversations flowed more freely. 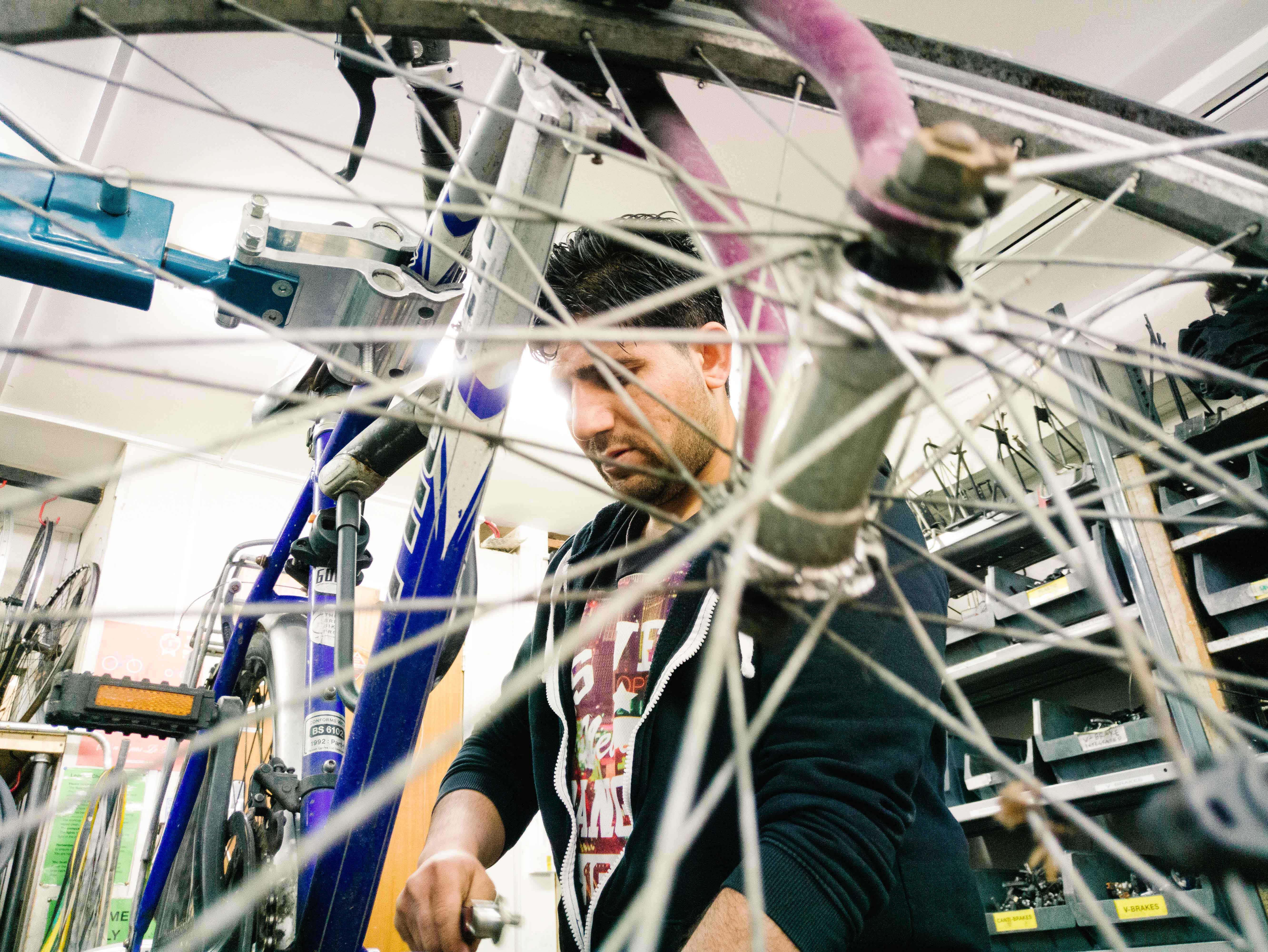 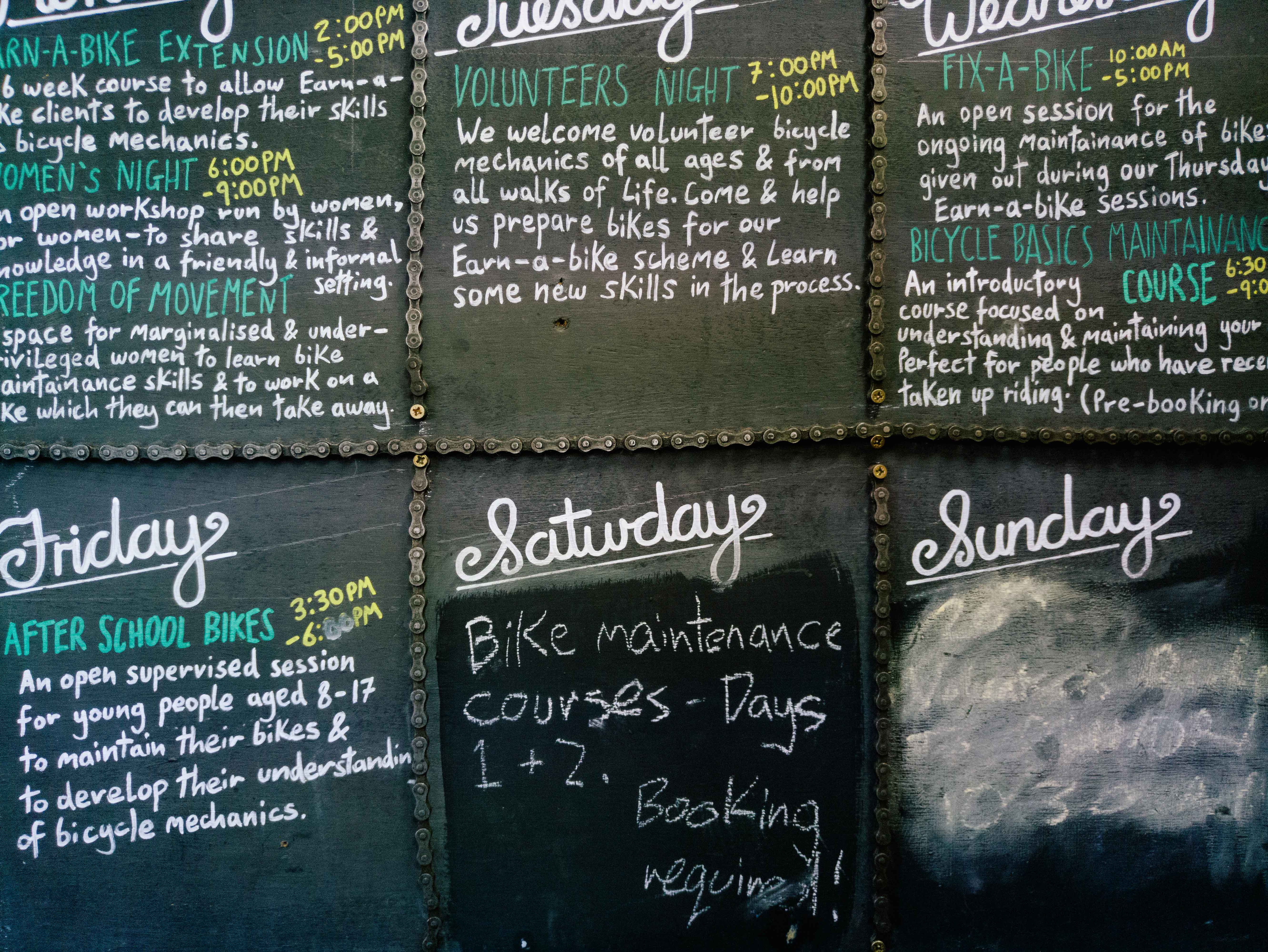 One work-station down, 22-year-old Salah from Eritrea is tinkering with a chain. He wipes the grease from his hands.

“The Bike Project allows me to get to school using my bike and it is a positive way to spend my time,” he says. “I can also practice my English here; this is very important.” 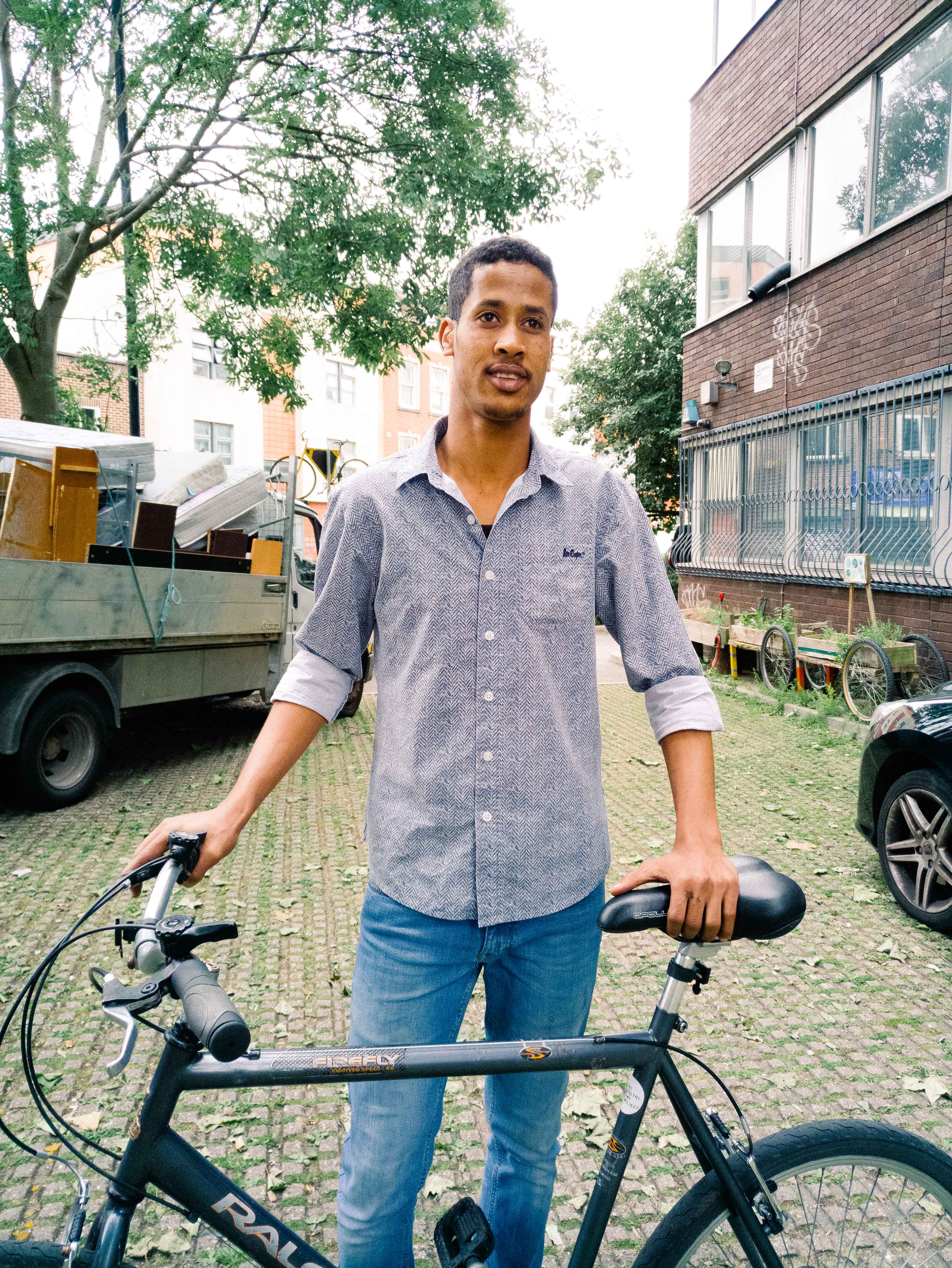 I’m used to covering stories of social change around the world in places like Turkey and most recently Israel. These stories have taught me many things about people and how resilient and  kind they can be.

But what I didn’t expect was to find a such a depth of stories so close to home. It seems that some of the most remarkable stories are being played out right under our noses. 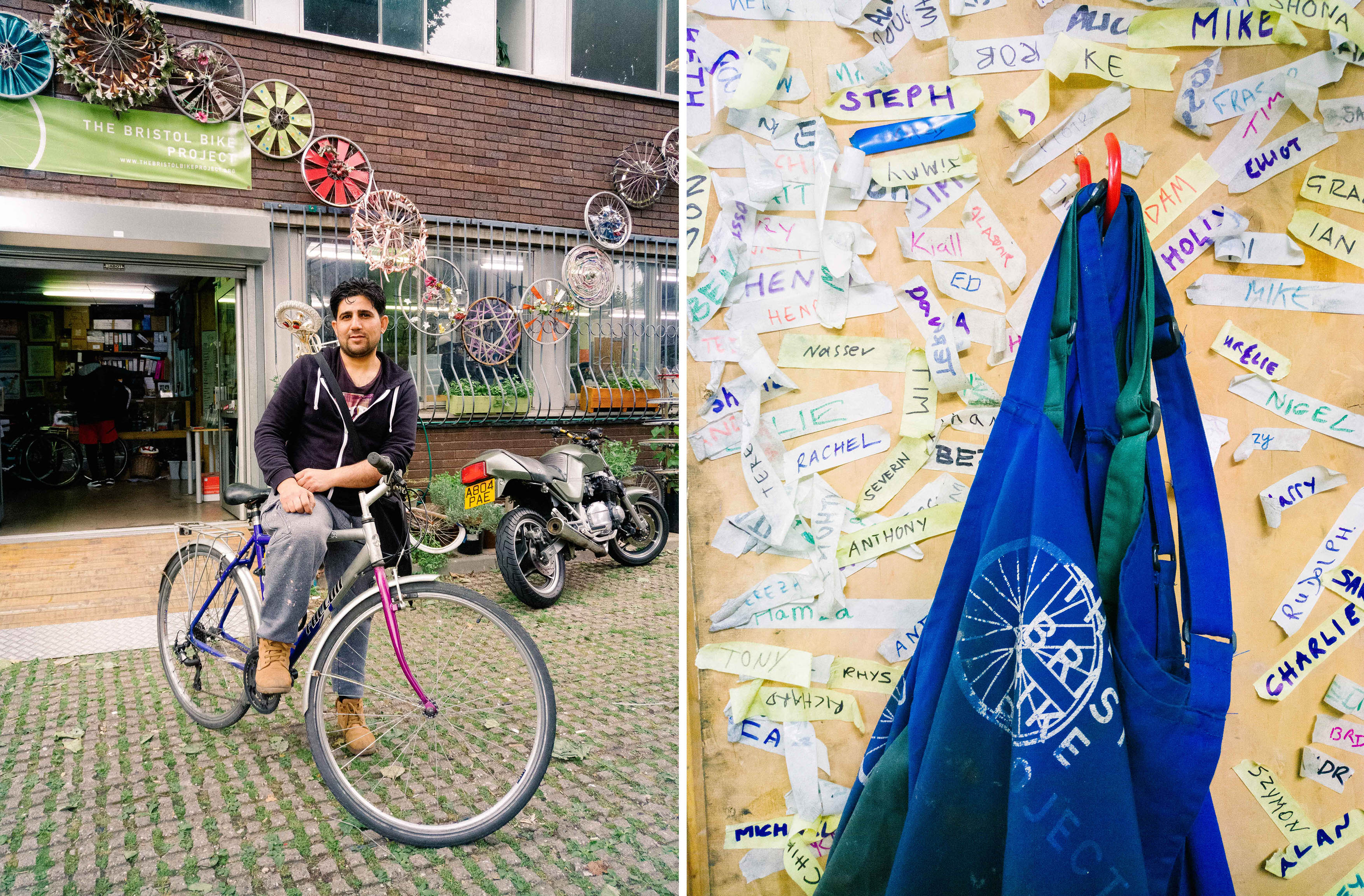 Over the course of the afternoon, around 30 people pass through the doors to work on and repair bikes. The project isn’t just about fixing bikes; it’s about fixing the gaps that exist in society and involving everyone in an equal way.

Linkedin
RELATED ARTICLES
OTHER ARTICLES
In his 2008 series, the photographer pictured himself as Angela Davis, Martin Luther King Jr., Malcolm X, and other prominent figures.
Yesterday thousands gathered outside Buckingham Palace after news of the Queen’s death broke.
A 37-year-old woman shares how her abortion led her to become a clinic worker, and the abuse she’s received in that role.
The workforce is now gearing up for industrial action after receiving a measly pay rise, reports Ella Glover.
With skyrocketing rents, packed out viewings, bidding wars and more, renting in London has never been harder.
The two-day long event returned to London this year, showcasing a spectacular parade, steel bands and Caribbean food.