Art & Culture / Photography / What can walking Greece’s ancient marathon route teach us about the country today? 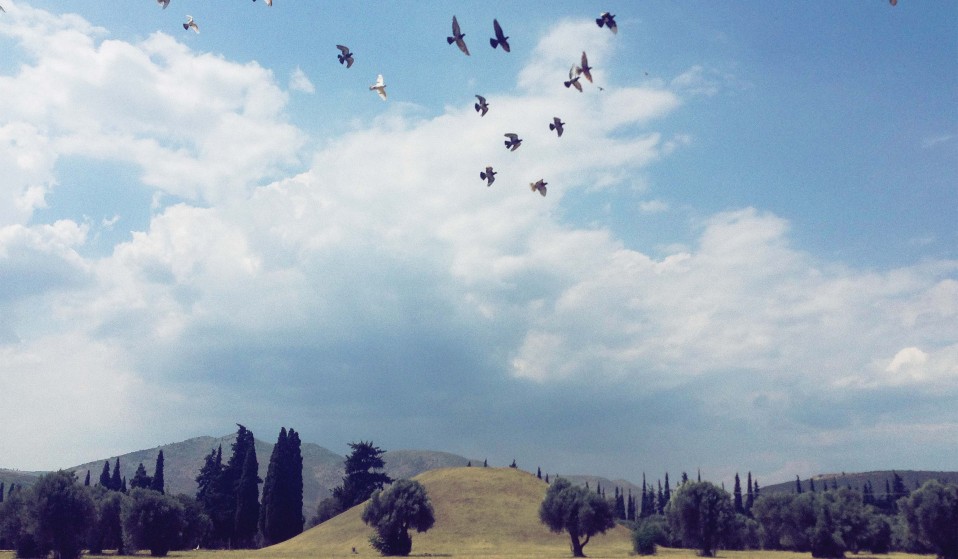 Documentary photographer Caro Hutchings’s walk from Marathon to Athens revealed a country once again battling for its identity and survival.

Documentary photographer Caro Hutchings’s walk from Marathon to Athens revealed a country once again battling for its identity and survival.

When the Ancient Greeks defeated the Persian Empire at the Battle of Marathon in 490 BC, it gave birth to the legend on which today’s marathons are based. After the victory, the Greeks dispatched a messenger, Pheidippides, to run from Marathon share the news in Athens. After uttering the words, “We have won,” he died from exhaustion – yet runners compete over the same distance to this day.

“Although likely to be a legend, there are parallels between the struggle and the arduous journey Pheidippides undertook with the journey that Greece has been on over the last five years,” explains photographer Caro Hutchings. “It was a very significant event in European history because if Persia had defeated Greece it would have resulted in a markedly different Greece and even Europe. Today, the country finds itself at a similar crossroads, once again having to reaffirm its place within Europe.” 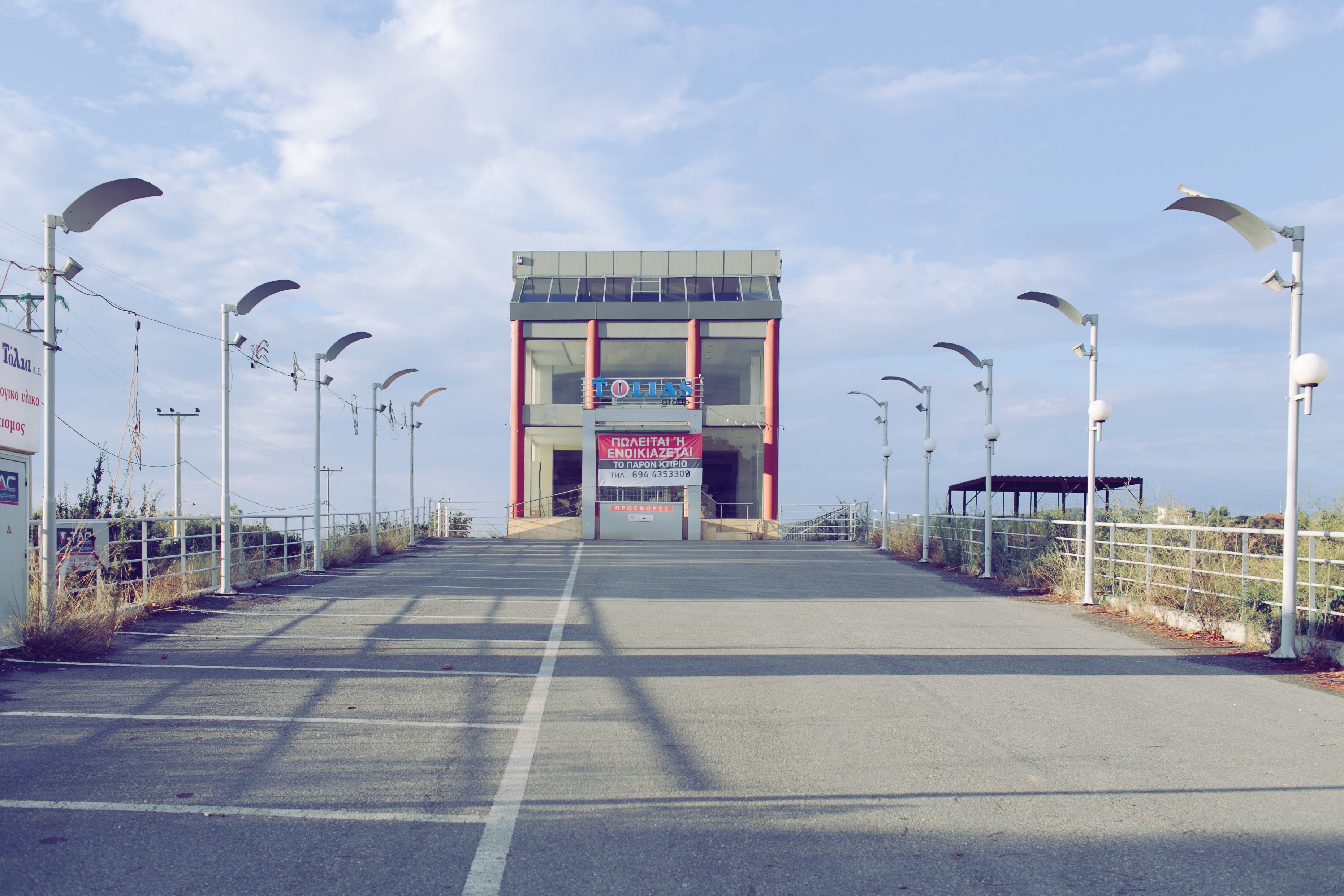 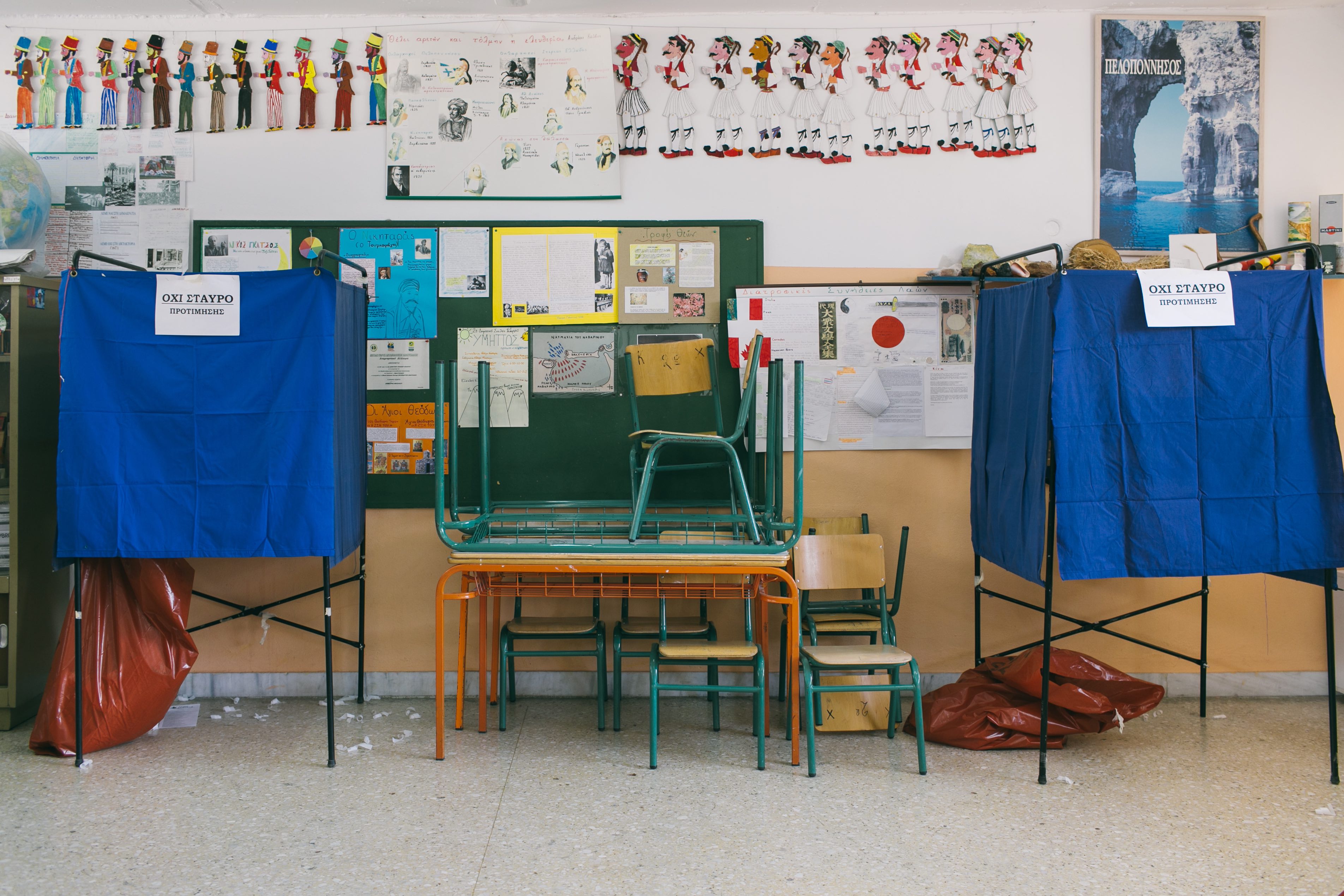 In Autumn 2015, Caro set out to walk the ancient marathon route to see what it would reveal about modern Greece. Over three weeks, she walked in the footsteps of Pheidippides, in what has become a busy, industrial area and her images formed Democratic Landscape – her final project for her Masters in Documentary Photographer at LCC. 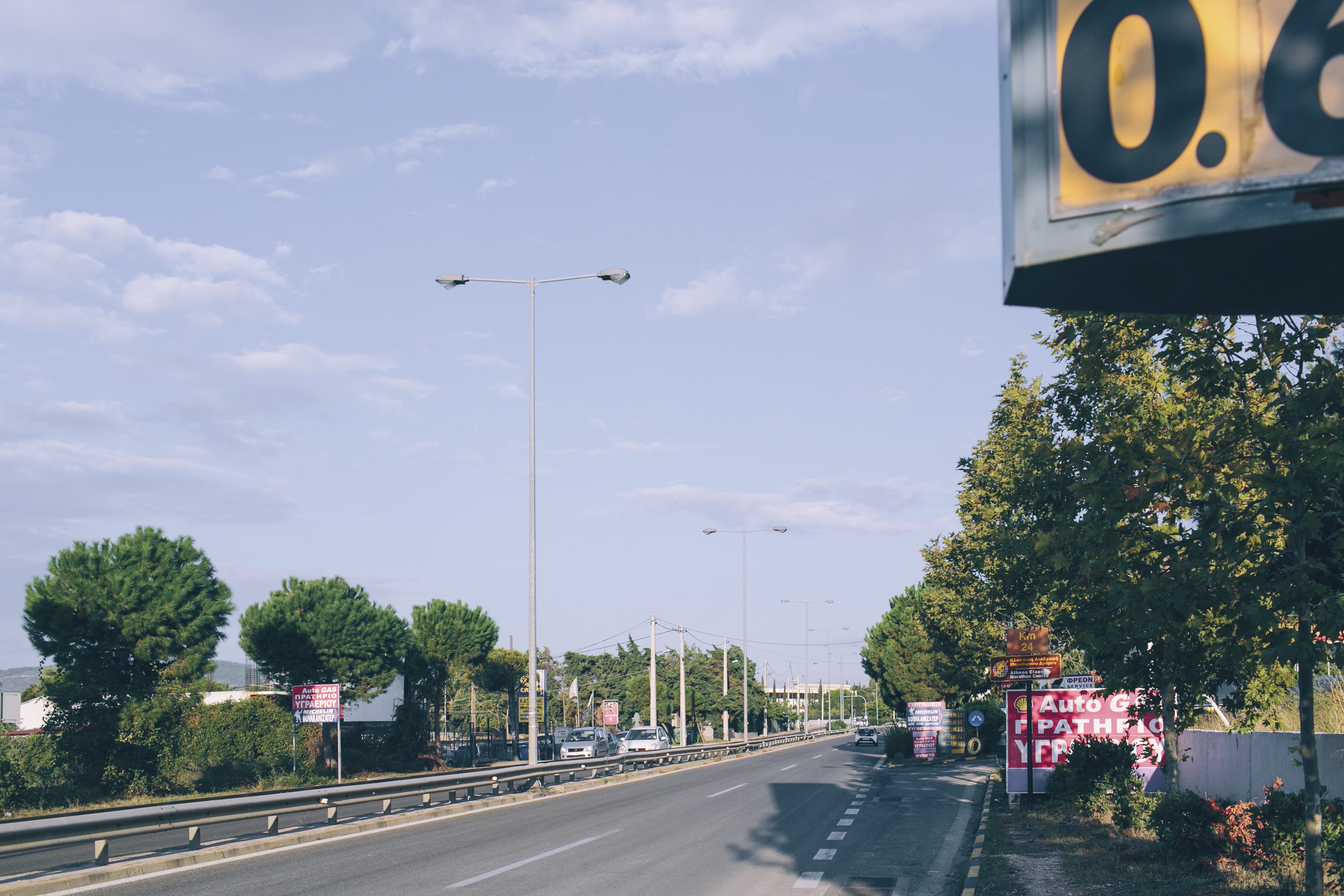 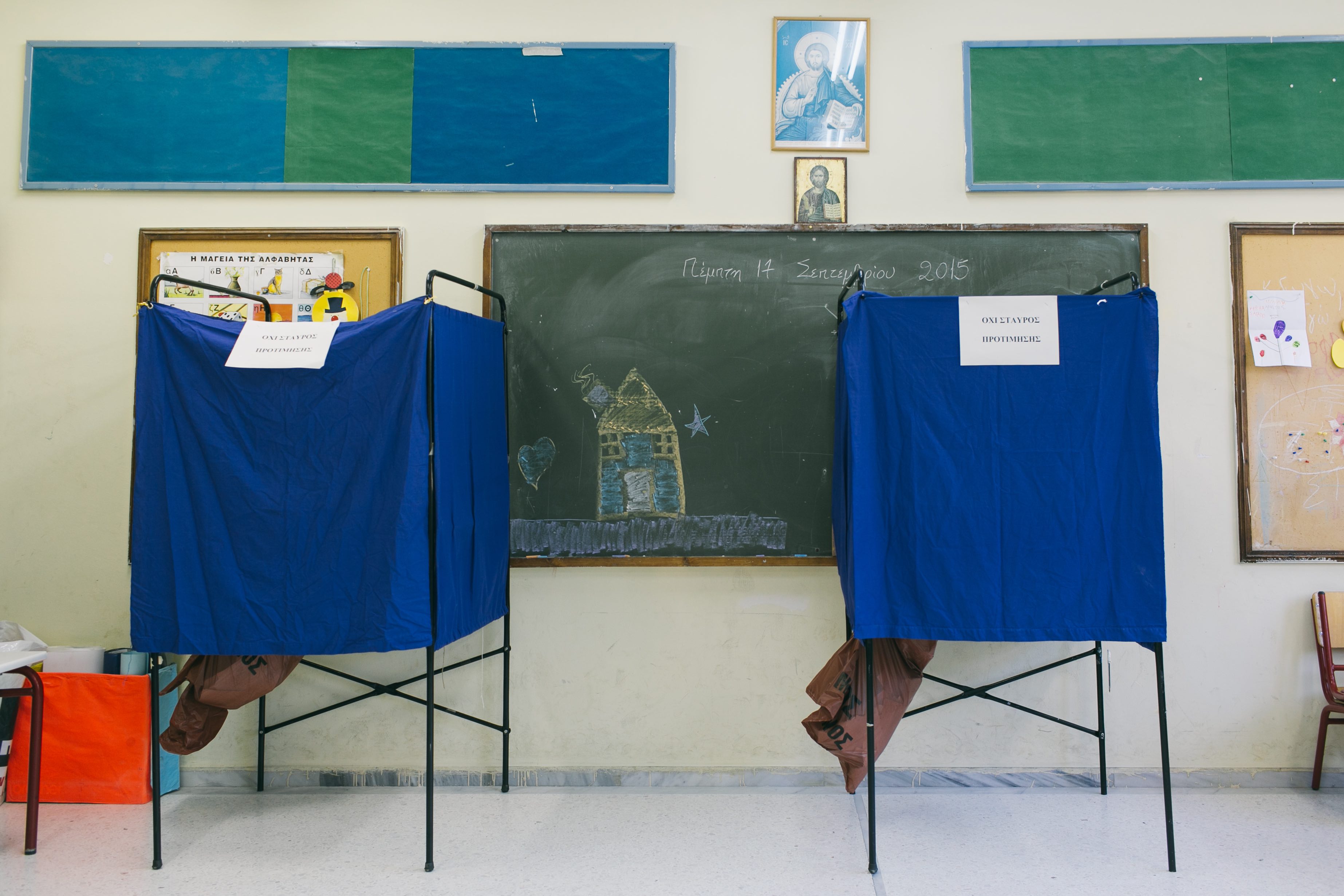 “My own experience walking this inhospitable main commuter road, full of intermittent pavements, road kill, wild dogs and desolate landscapes, also reflects the struggle and anxious mood which the country has been experiencing for many years,” she explains. 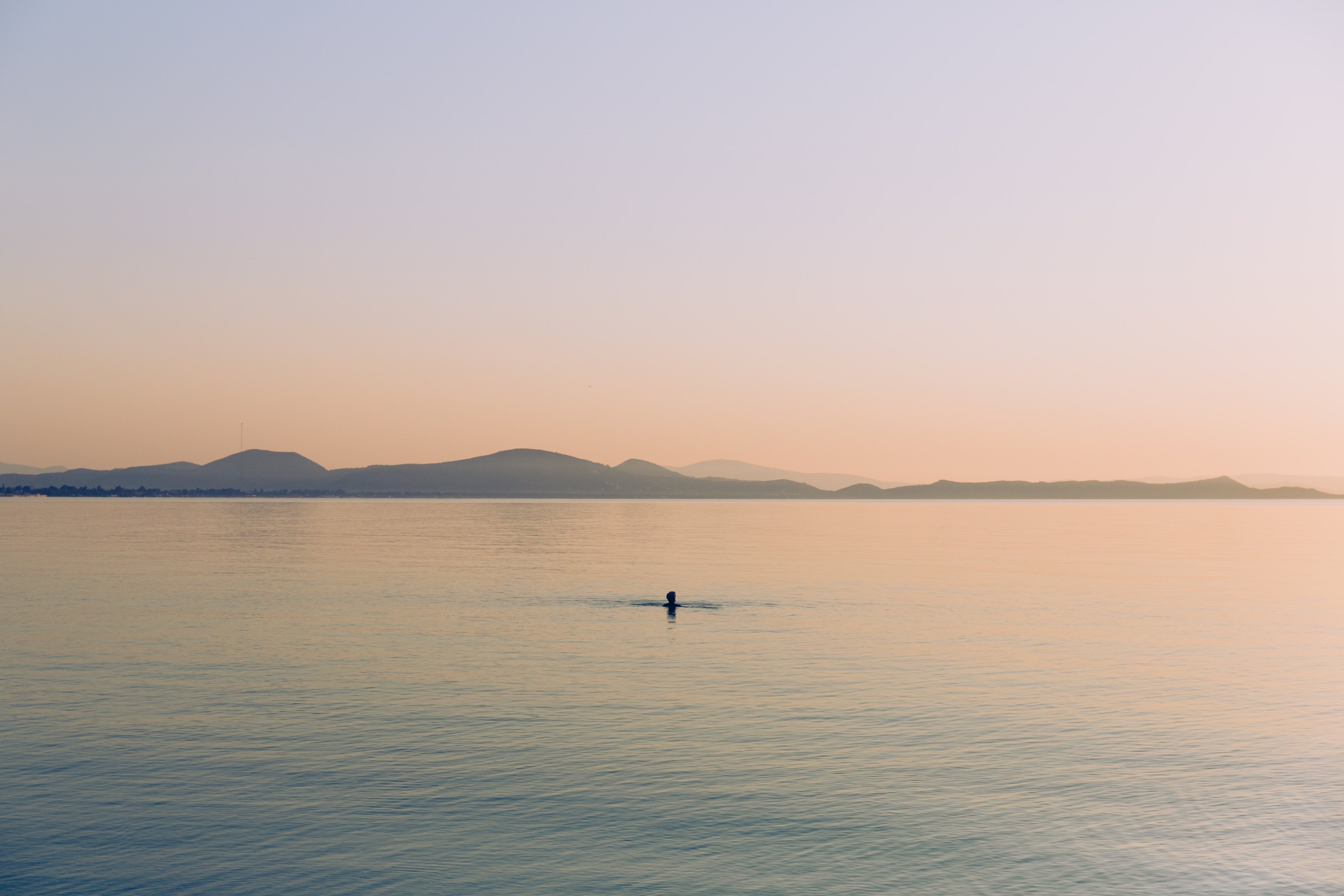 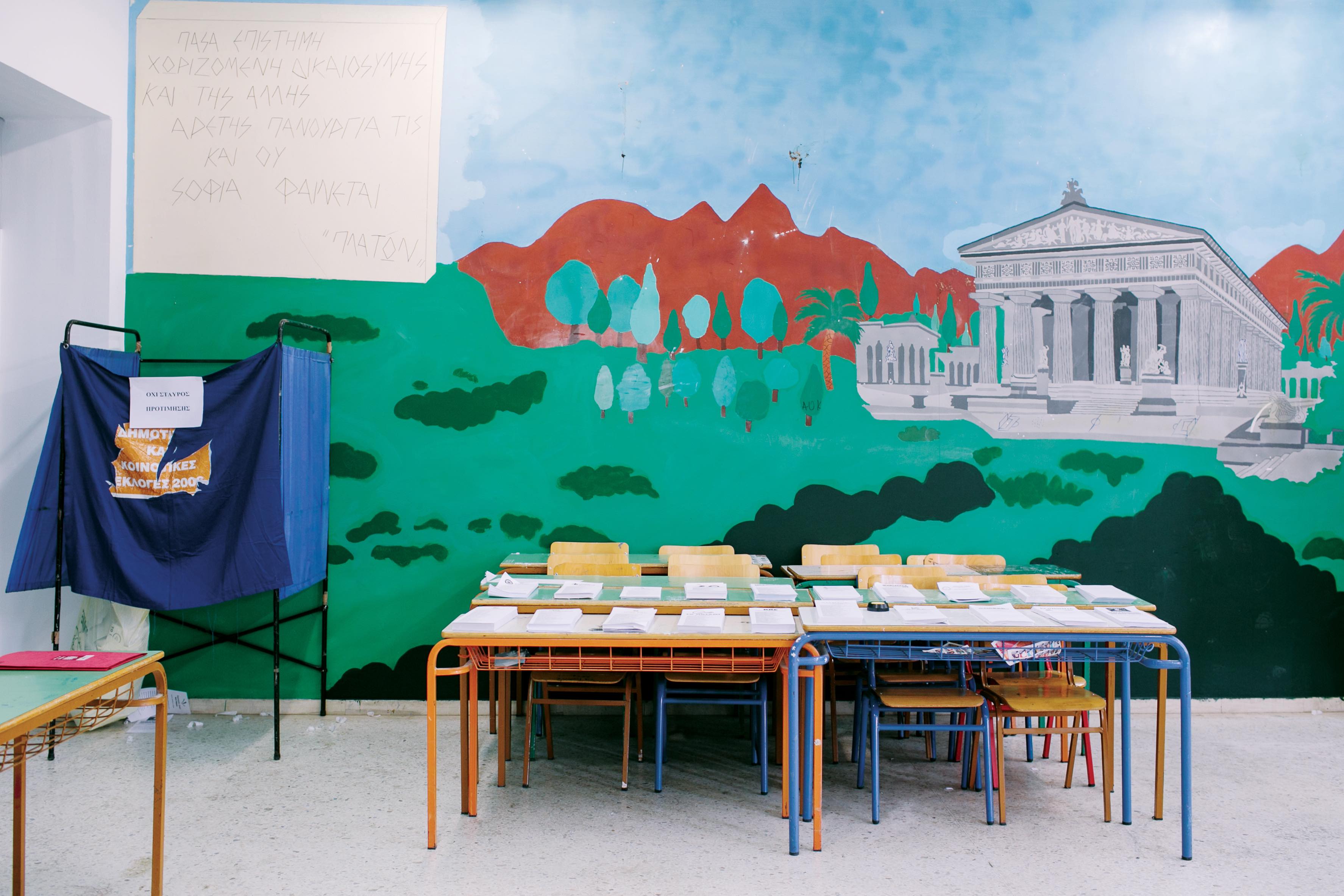 Walking has become part of her photographic practice as she attempts to unravel stories that exist beneath the surface. “Walking is a physical action but also it is a methodology of thinking and a resulting state of mind,” Caro explains. “I use walking as a way to connect to the earth and the surrounding people and environment, literally – which adds layers to the experience and the work I produce. I have decided this is the best way to experience a sense of place and its people: to slow it all down and document the smaller details that otherwise could have been missed.” 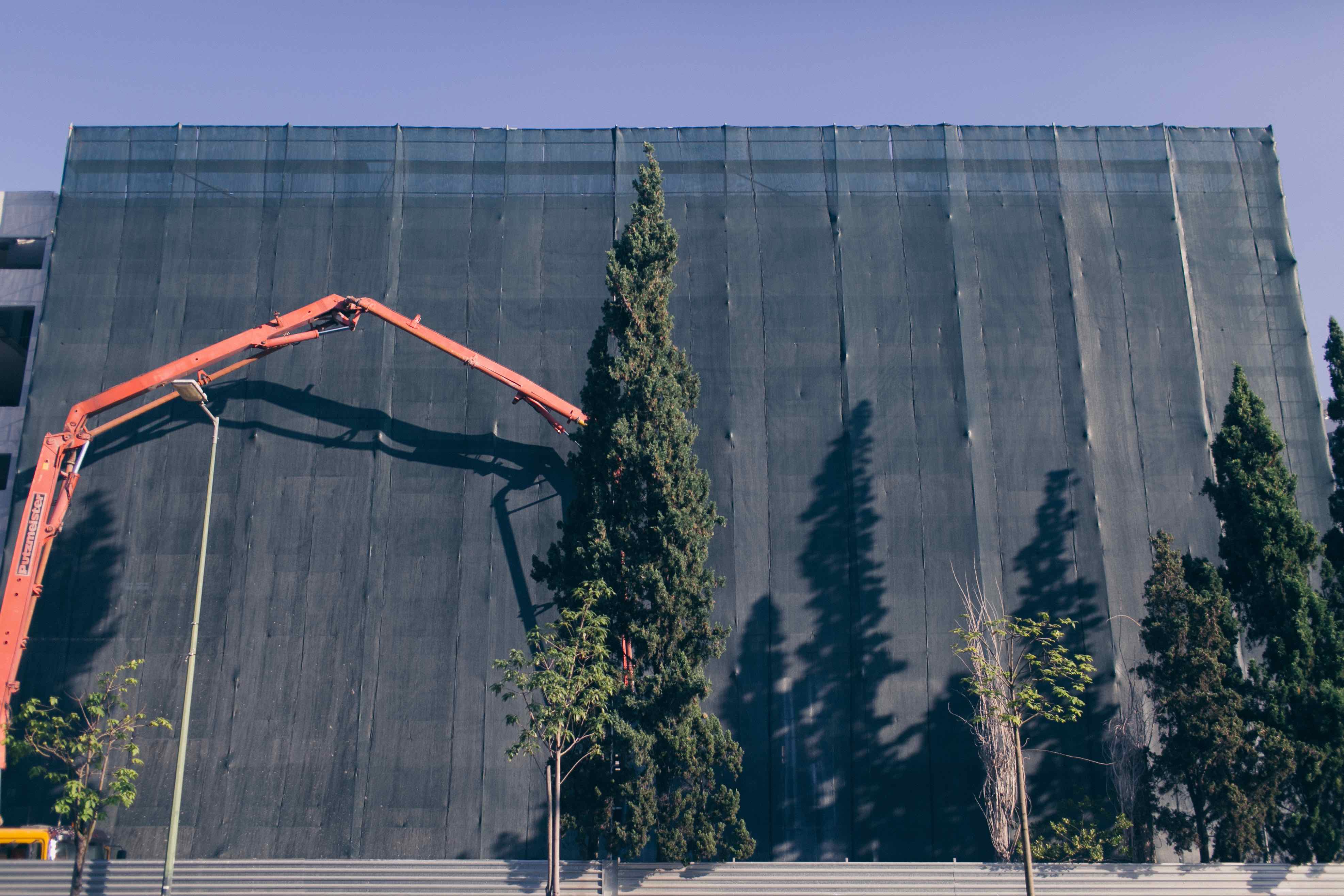 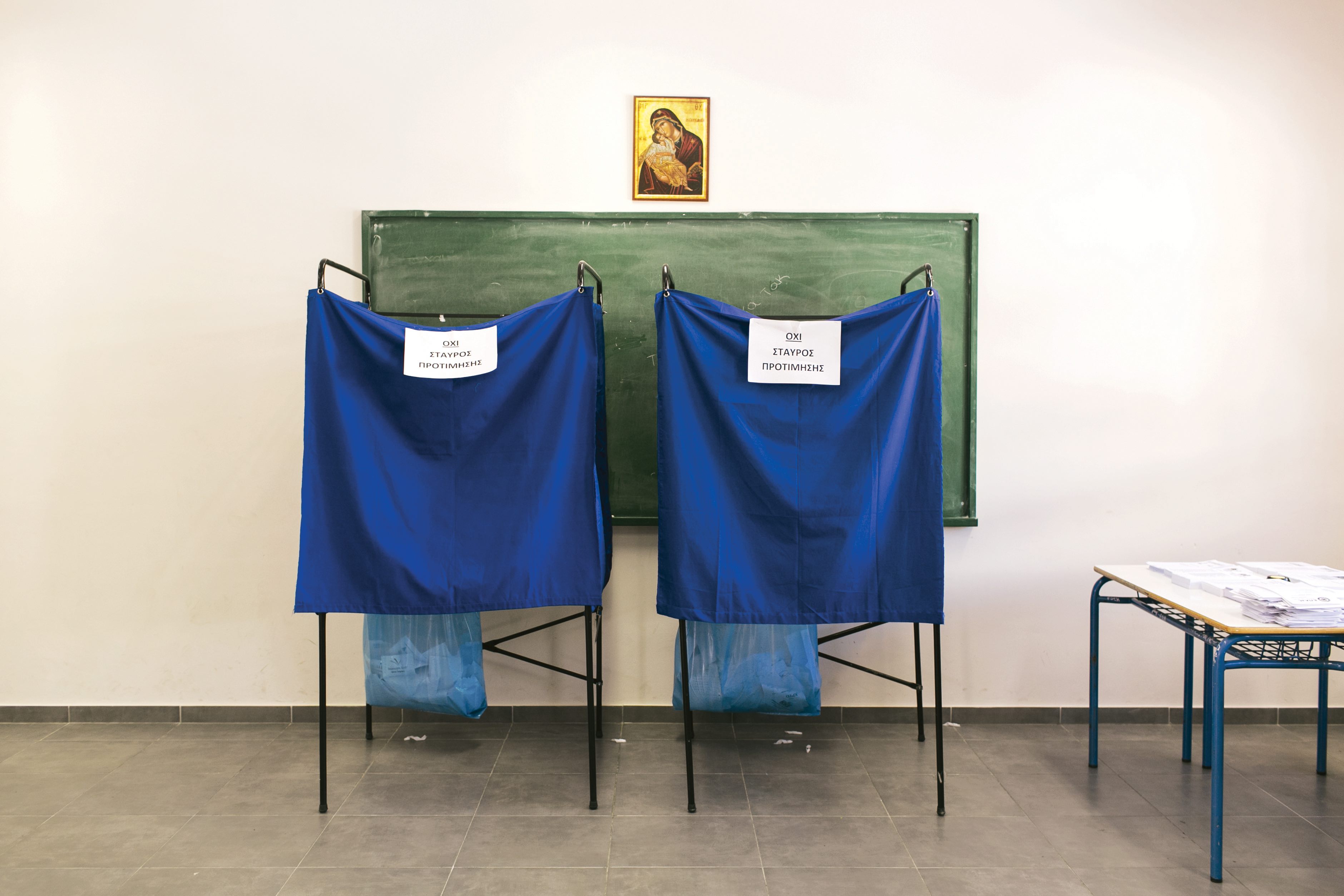 On the day of national elections in September 2015 she set out to photograph each of the polling stations along the 40km route, and these are interwoven with the landscape photos she shot along the way. “As a non-Greek and a non-Greek-speaker, this led to a huge barrier when requesting permission from each election representative who was in charge of each classroom/voting box,” Caro explains. “Some said ‘No’ politely, others said ‘No’ very aggressively. Some were intrigued by the project and some just pretended I didn’t exist. One even called the police, who told me to go away with true Greek police diplomacy.” 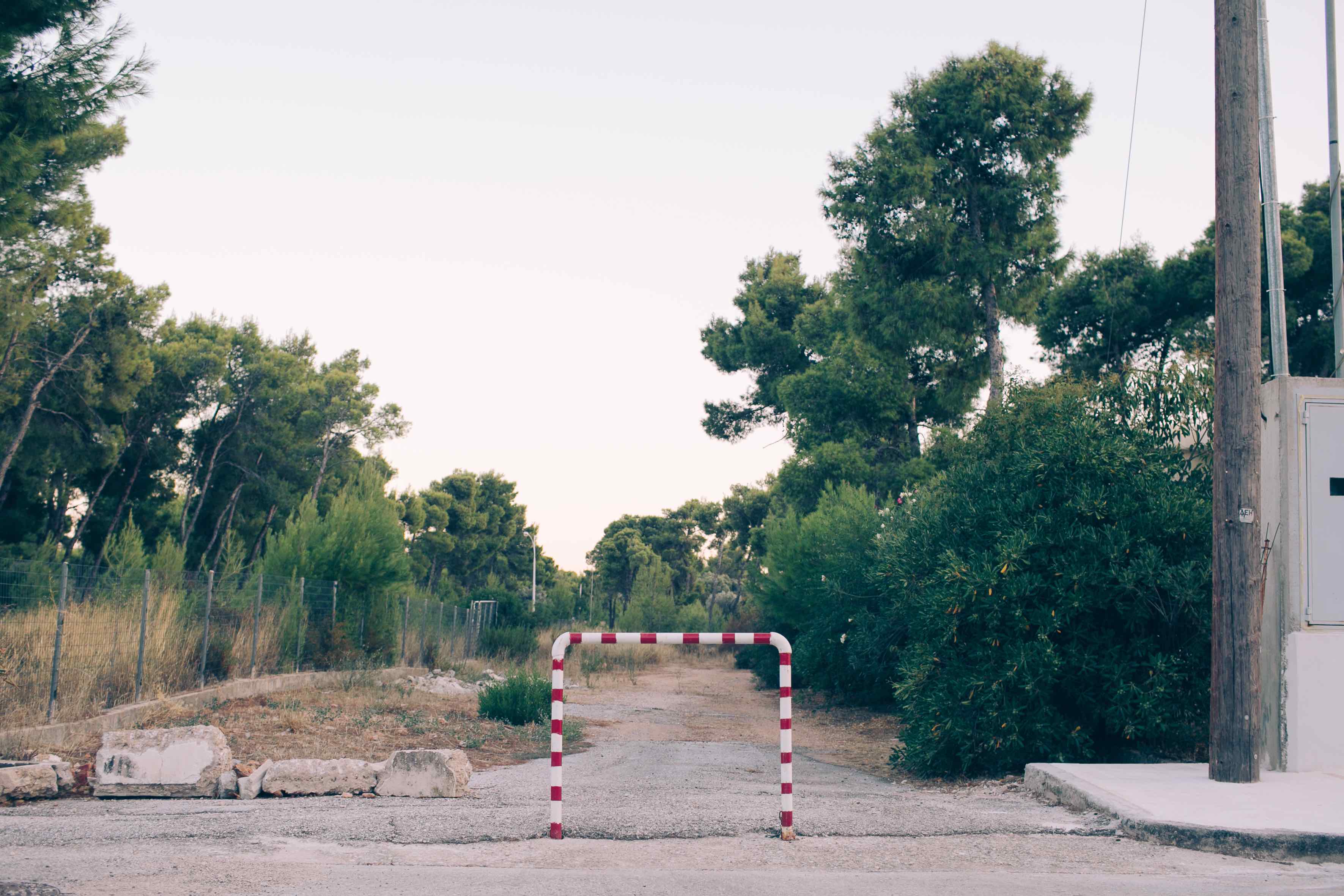 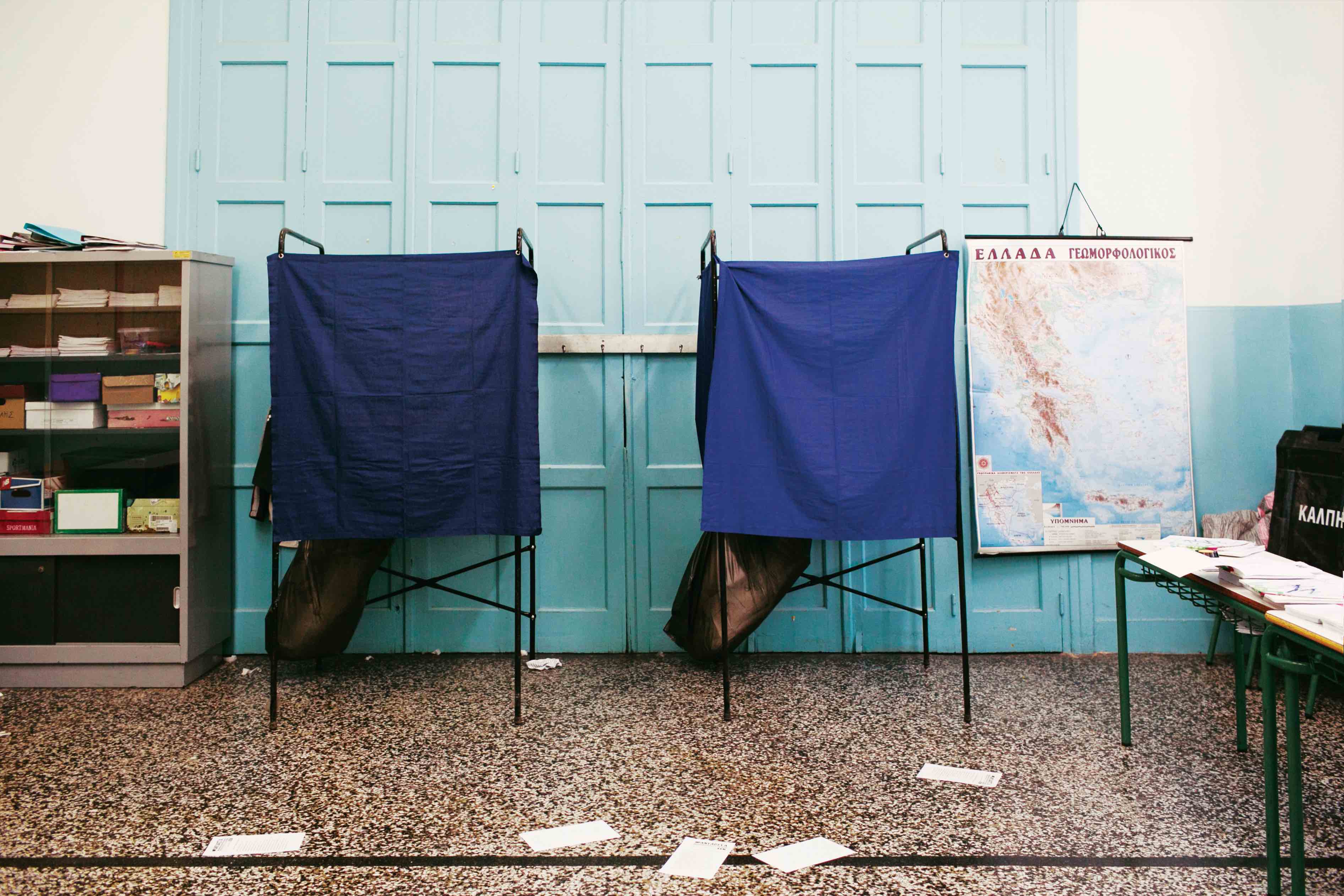 Find out more about Caro’s work.

Linkedin
RELATED ARTICLES
OTHER ARTICLES
Photographer Bud Glick recounts documenting everyday life in the area, and what it taught him about the Chinese immigrant experience.
The government’s brutal crackdown on NGOs has left victims of rape without anywhere to seek help. And now, as the country plays a key role is Russia’s war, things are only getting worse.
After rewriting the indie rulebook with her devastating songs about romantic longing, the singer-songwriter is now imagining a future in which the artist is no longer a product.
Photojournalist Fiora Garenzi spoke with people still living in Eastern Ukraine, an area which seen some of the heaviest fighting since the war began.
In the latest instalment of Photographers in Conversation, the creator talks portraiture, platforms and taking inspiration from Little Simz.
To mark the premiere of his new documentary on surfing giant Gerry Lopez, the filmmaker and former pro skateboarder sits down to share his unique brand of wisdom.