Art & Culture / Photography / Capturing the revival of the Yazidi community 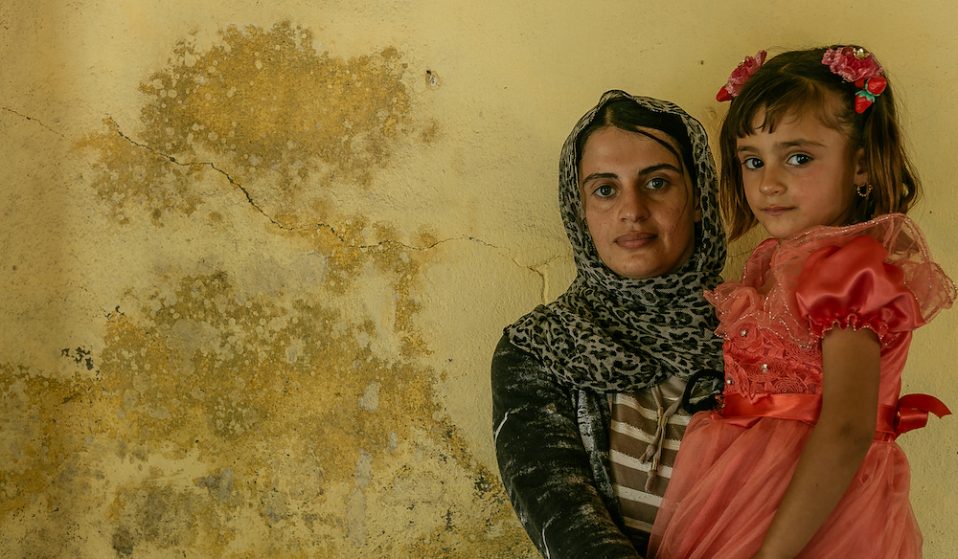 A new photography book captures the intimate moments of the Yazidi people's return to their ancestral home in northern Iraq.

In August of 2014, the Islamic State invaded Sinjar, a town in the northwest of Iraq that for many years had been home to 40,000 Yazidis. The militants tore through the region, murdering thousands and kidnapping many more women and children in a genocide of the Yazidis whose culture and faith combines elements of Christianity and Islam with one that traces its history back to ancient Mesopotamia. Yazda, a Yazidi advocacy organisation estimates that 85% of the Yazidi population has been displaced by conflict in Iraq.

Around 7,000 women were forced into sexual slavery by IS, with over 3,000 women unaccounted for. Those women who have returned go to Lalish. In a narrow valley in northern Iraq, this sacred village is “a beautiful island of peace”, photographer Marcio Pimenta tells me. Women head there on a pilgrimage to be reborn. In Lalish they are baptised back into the Yazidi faith in a rite that is a response to the trauma inflicted on their community. 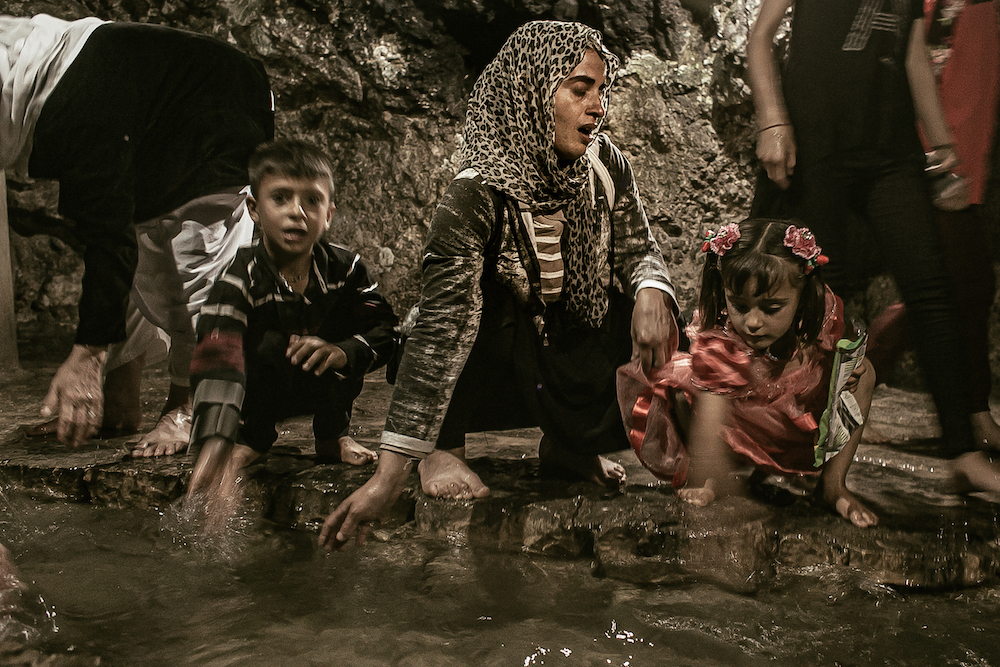 At the sacred fountain “Zamzam”, Turkia Hussein (centre) accompanied by her children, thankful for becoming a Yazidi again. Lalish, Kurdistan, 2017

Marcio was one of the first photographers allowed to attend a ceremony in Lalish which features in his new photography book Yazidi that documents the return of the Yazidi people to their everyday lives. In the book, Marcio follows one woman called Turkia as she reintegrates, and he describes the intimate ritual to me:

“At the entrance, she kisses the supporting marbles. Then a large room opens, full of vibrantly coloured fabrics called parys. She ties knots in the fabrics while saying a prayer. Then through a narrow passage to find the holy fountain called Zamzam. There Turkia washes her face with the holy waters. ‘I am Yazidi again.’ she says.”

Turkia was sold by Isis over fifteen times before managing to escape by cutting her gums with a blade and feigning cancer. Once ill, a woman is worthless to a militant and so her family were able to buy her back for a large sum. Despite the unfathomable hardships these women have been through, Marcio says he has never seen such dignity from a group of people before.

“It caught my attention how these women were able to reinvent themselves during a very sad chapter. The revival of Yazidi women and the ability to abandon dogmas is an important paradigm shift for this community,” He tells me. 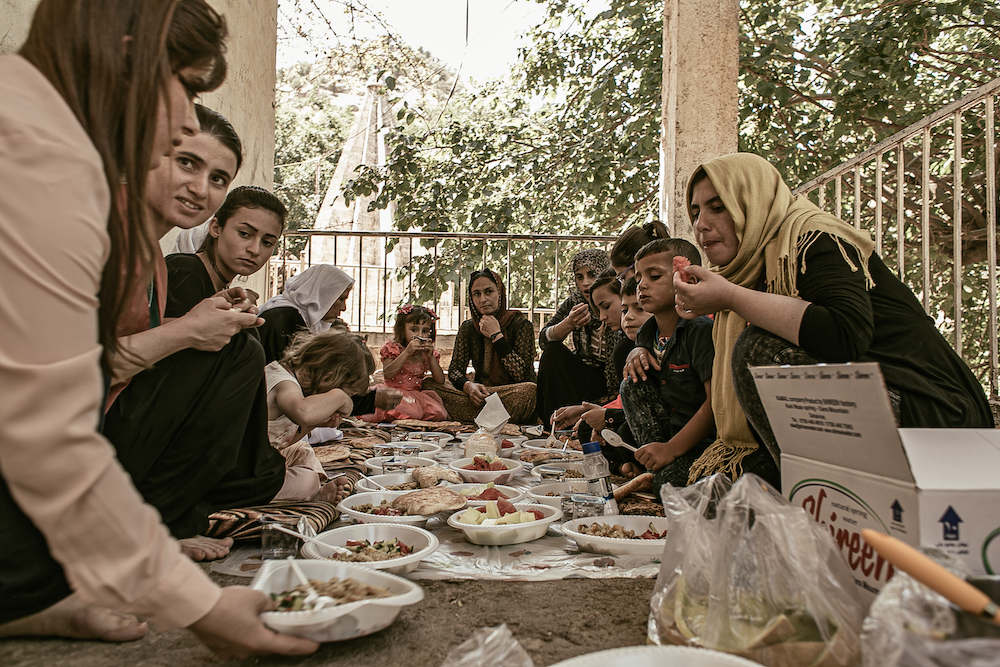 Collectively they share lunch before the rebirth ceremony. Lalish, Kurdistan, 2017 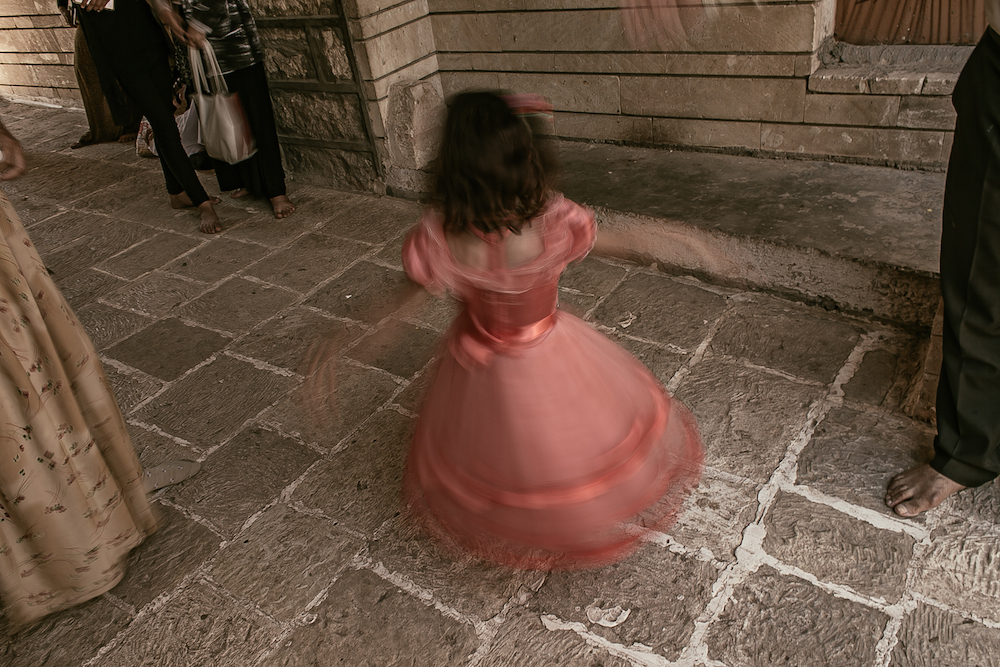 A Yazidi child is thrilled for being rejoined with her mother. Lalish, Kurdistan, 2017

Six years on from the genocide why publish the book now? “The Yazidi people had a lot of attention from the media, at the time. But after, they were forgotten. So I think it’s necessary to have a strong document,” Marcio explains, “I chose to publish pictures from the frontline, the everyday life and the magical moments too.”

Originally from Brazil, Marcio spent a month with Yazidi families to create the book. The relationship Marcio had with his hosts has created a book teeming with emotion and character which he tells me is as much theirs as his. “I made a book about a culture completely different from mine, that comes with risk,” he tells me, “but the Yazidis were very kind and helpful. It was a magical, incredible connection.” 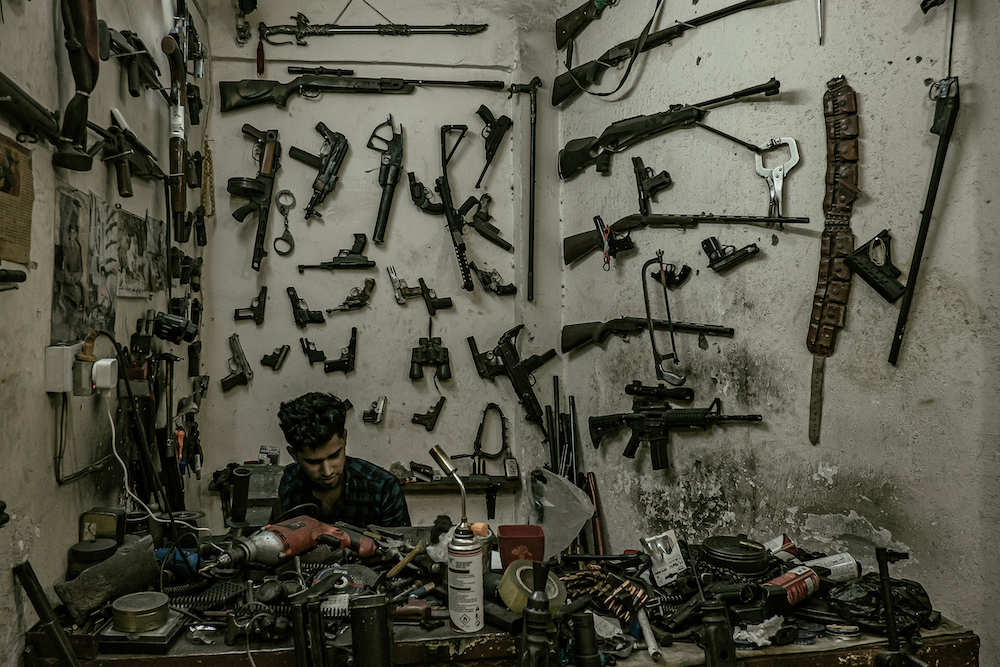 This is both a repair shop and a store. They work with real weapons as well as toy ones. Arbil, Iraq 2016 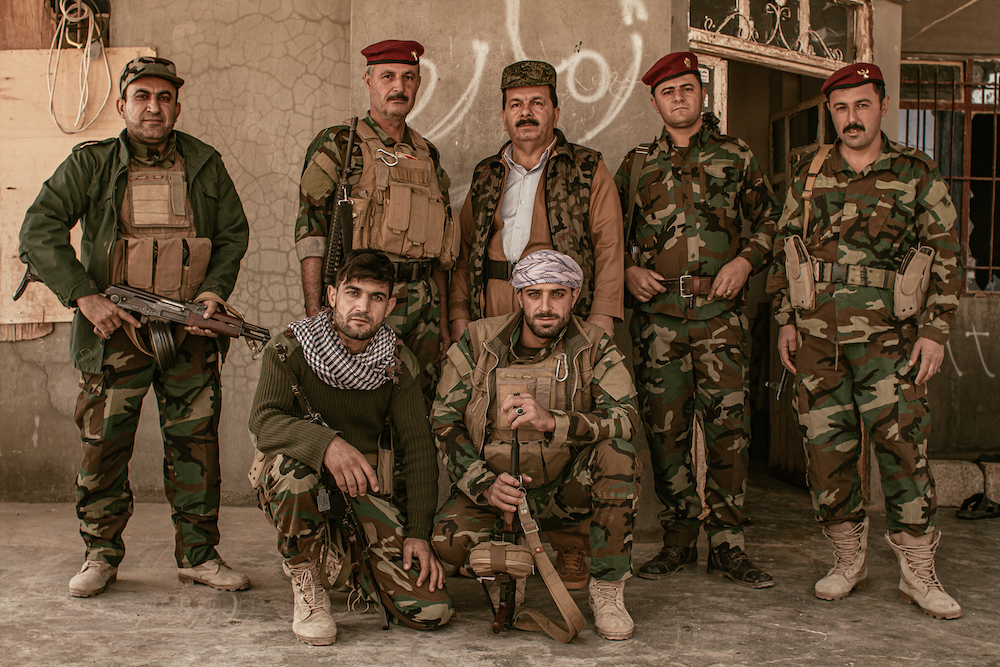 Kurdish soldiers pose for a group portrait – they are known as the Peshmerga which literally means “the ones who face death”. Makhmour, Kurdistan 2016 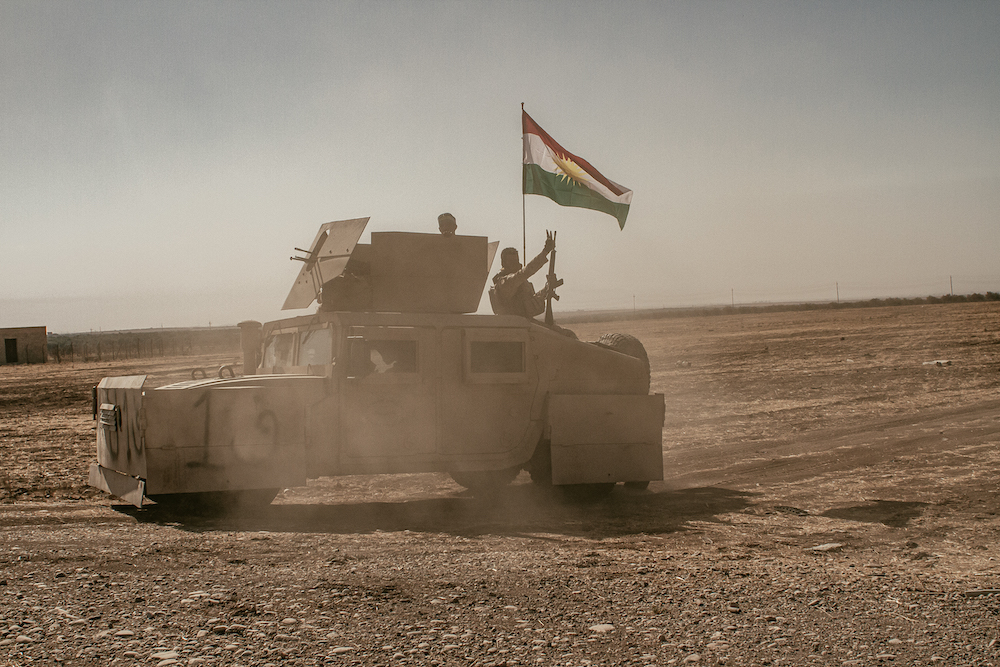 Peshmerga Kurdish Army back from front lines and celebrating advances against the Islamic State. Nineveh 2016 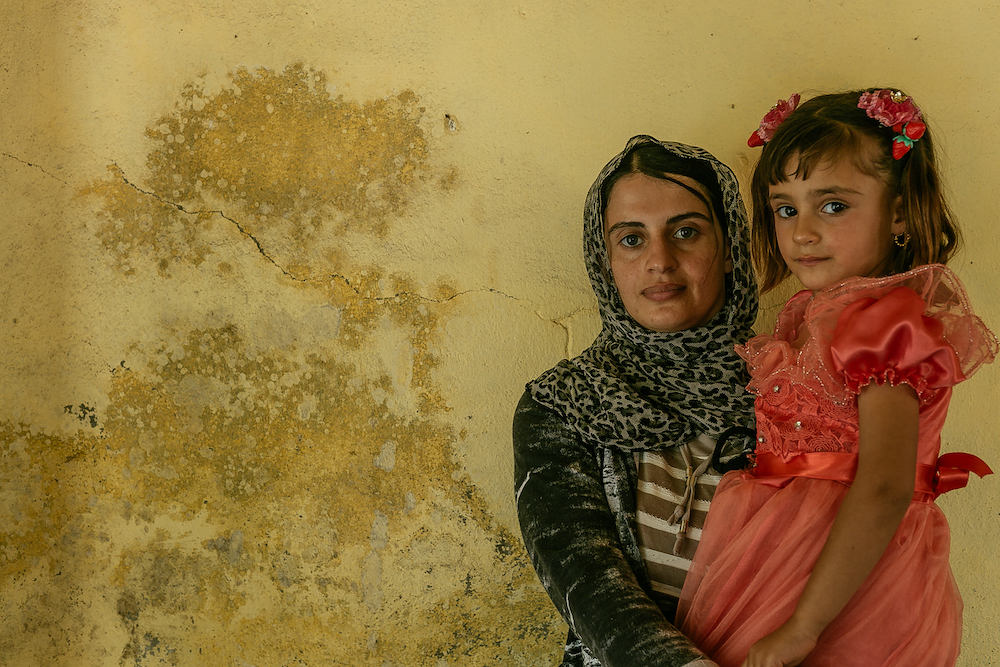 Turkia Hussein (25) meets her daughter Riwazi Hussein (3). She pretended to be ill and by doing so persuaded the Islamic State to negotiate her back to her family. Lalish, Kurdistan, 2017

Linkedin
RELATED ARTICLES
OTHER ARTICLES
Campaigners reflect on what the supreme court’s decision to allow buffer zones in NI means for the future of reproductive rights in the UK.
After fleeing the war in Ukraine, people are finding it impossible to secure affordable and decent housing in the UK.
David 'Dee' Delgado’s photo project is about honouring and uplifting the city of his youth, and a world rapidly disappearing under the relentless onslaught of gentrification.
A new law change is enabling Britain’s donor-conceived children to know the truth about their origins – but campaigners say the fertility industry must do more to protect people.
Zsófia Sivák’s ongoing project documents the country’s tavern culture, preserving a once defining part of rural life.
A group of aid workers face prison for helping to save people fleeing their homes at sea. If they are charged, it will have a chilling effect on humanitarian efforts.