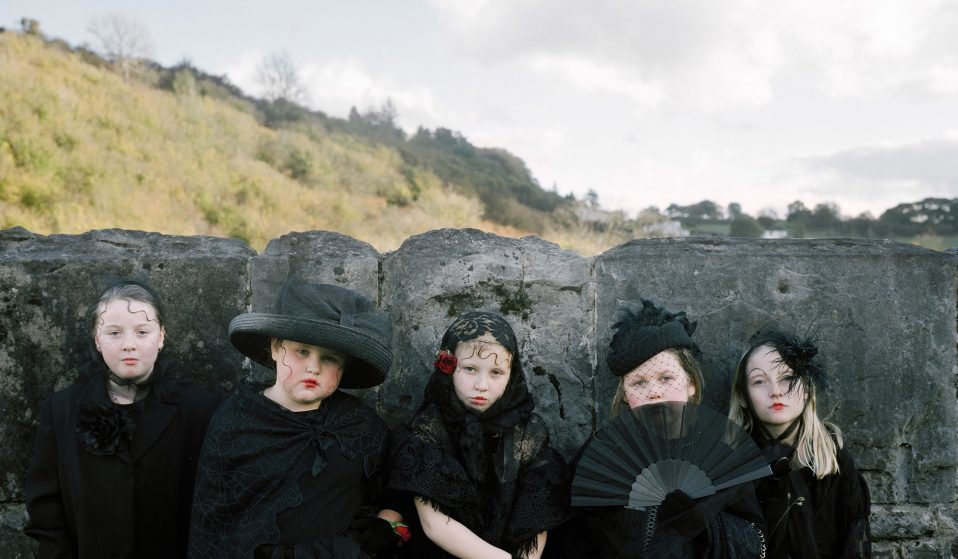 When a group of kids catch sight of five young girls dressed in all-black with lace gowns and extravagant hats crossing an estate in South Wales, their initial reaction is bemusement.“What are you wearing?! You look like you’re dressed for a funeral!” Unfazed by their comments, one of the girls – Sassy Keely – replies: “It’s called fashion, look it up!”

Since they both live in Wales, it seemed a natural place for the pair to make work. Visually, the region offers variety: “we can shoot on an estate, then drive 10 minutes and shoot a countryside landscape, or drive half an hour to a seaside town,” says Charlotte. “It’s also important for us to show creative practices happening outside of the big cities.”

While the disappearance of the coal mining industry in the 1980s has had a long-lasting impact on opportunities in the region, Schneidermann and James were keen to show the area in a different light. They wanted to move away from mainstream representations of working class community life that focuses predominantly on hardship and deprivation. “Without denying the reality, the playfulness of the photos break with the traditional distance that you often see between the people behind the cameras and their subjects,” says Clementine. 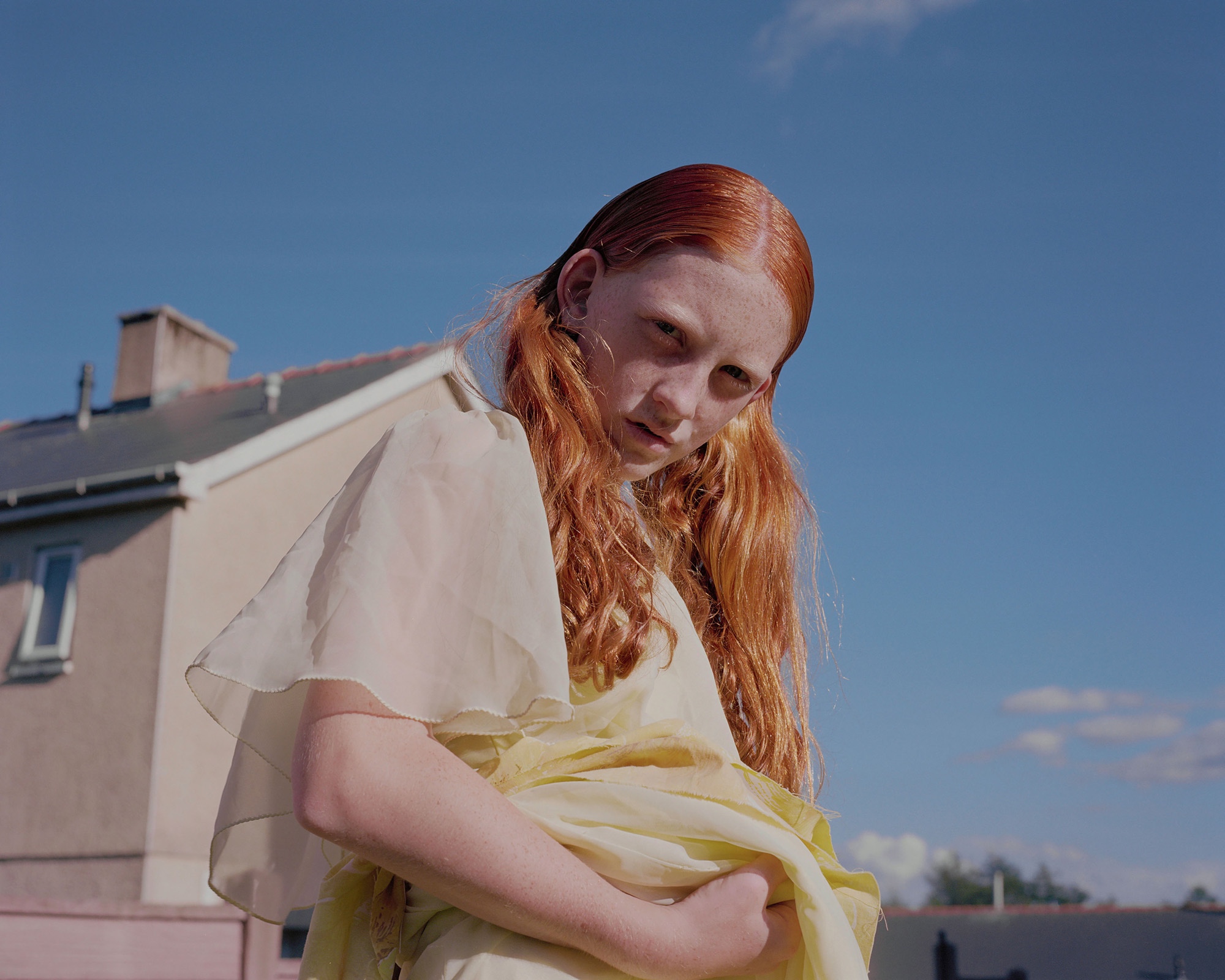 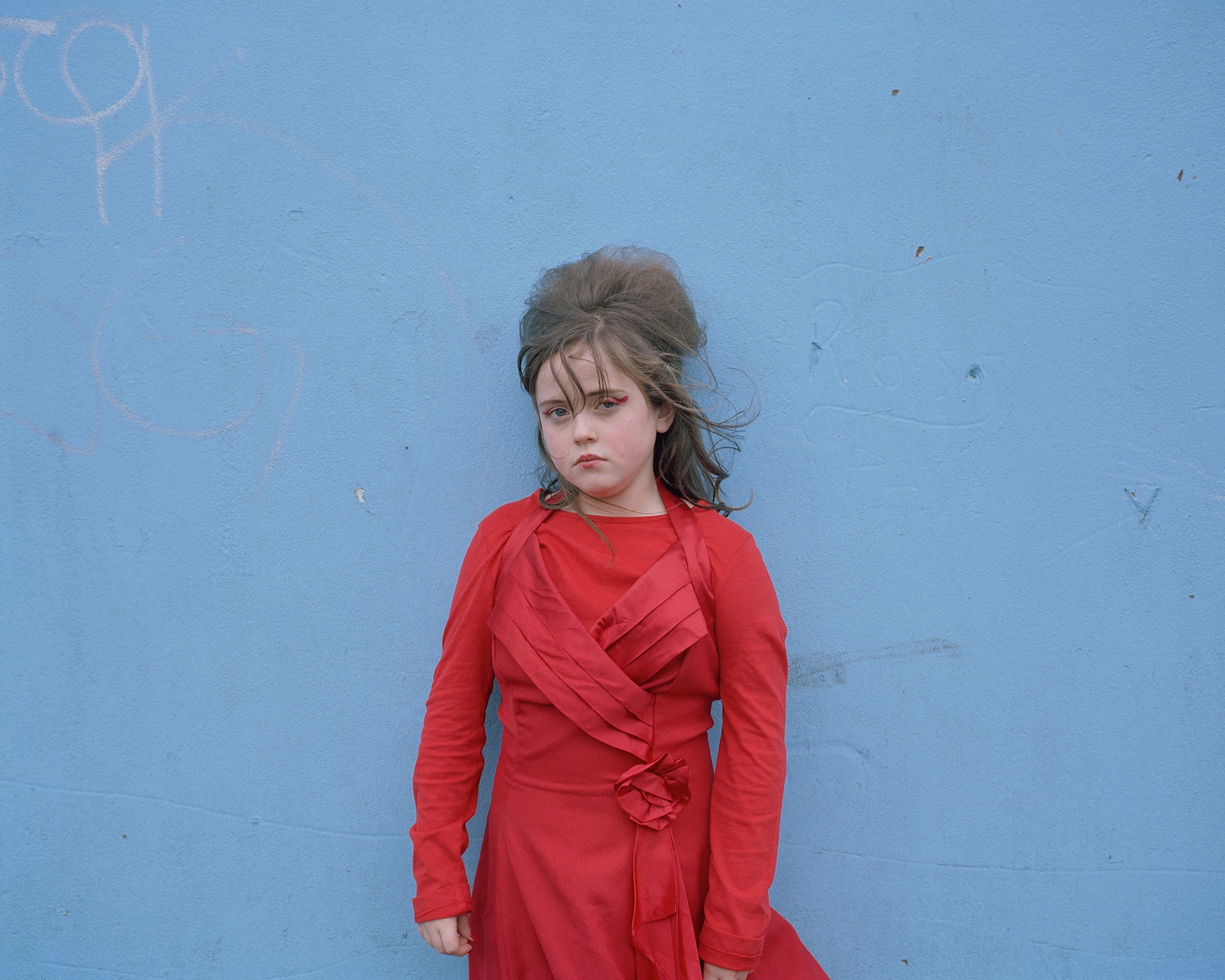 Before any shoot takes place, the pair decide on a theme and then organise fashion workshops with local youth centres. Most of the children involved belong to two separate youth clubs in two different towns, and responses to the project have so far been positive. “When they pose for the photos, they really take it seriously,” says Clementine. “They’re also able to forget the judgement from people on the street, and walk into their own estate with extremely unusual costumes without caring too much about what people will think. It’s like an experimental drama play and the street is turned into a stage.”

For the workshops, Charlotte sources clothing and materials, gathers visual inspiration for the children to look at, and then allocates them various tasks, so that they too are actively involved in the creative process.

“It could be ruffle making, painting onto the clothes, adding gems, or working on the set design,” explains Charlotte. “For the summer school, we gave the young people a budget so they could source clothing from charity shops as well. I’m there to help and advise them, but I like them to have as much input as they want.”

“This process has been a learning curve for us too, because running a workshop for lots of kids with time and money constraints (we self-funded the project for three years) hasn’t been easy, but I think the summer school cemented our practice on how we’ll continue to work with youth.” 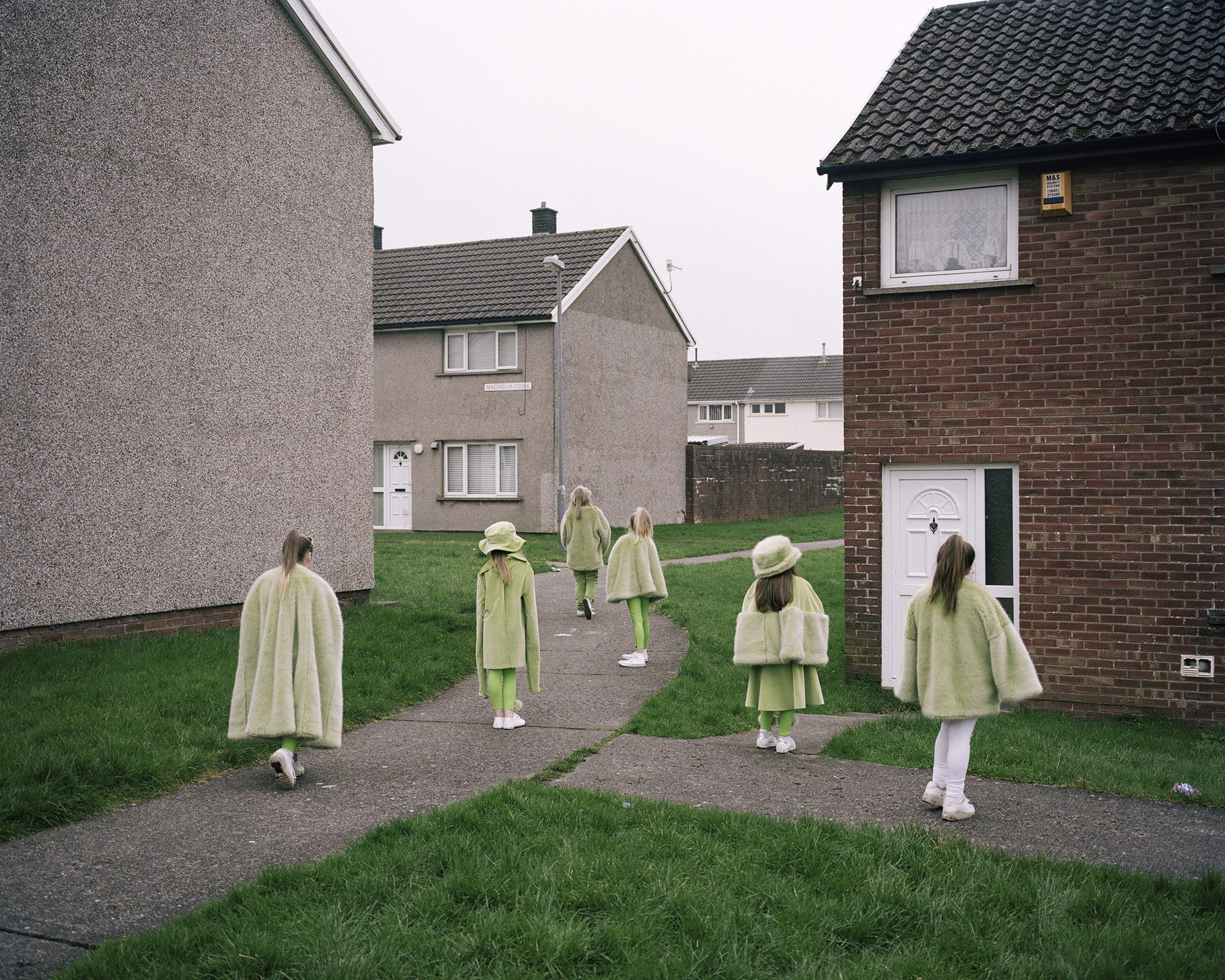 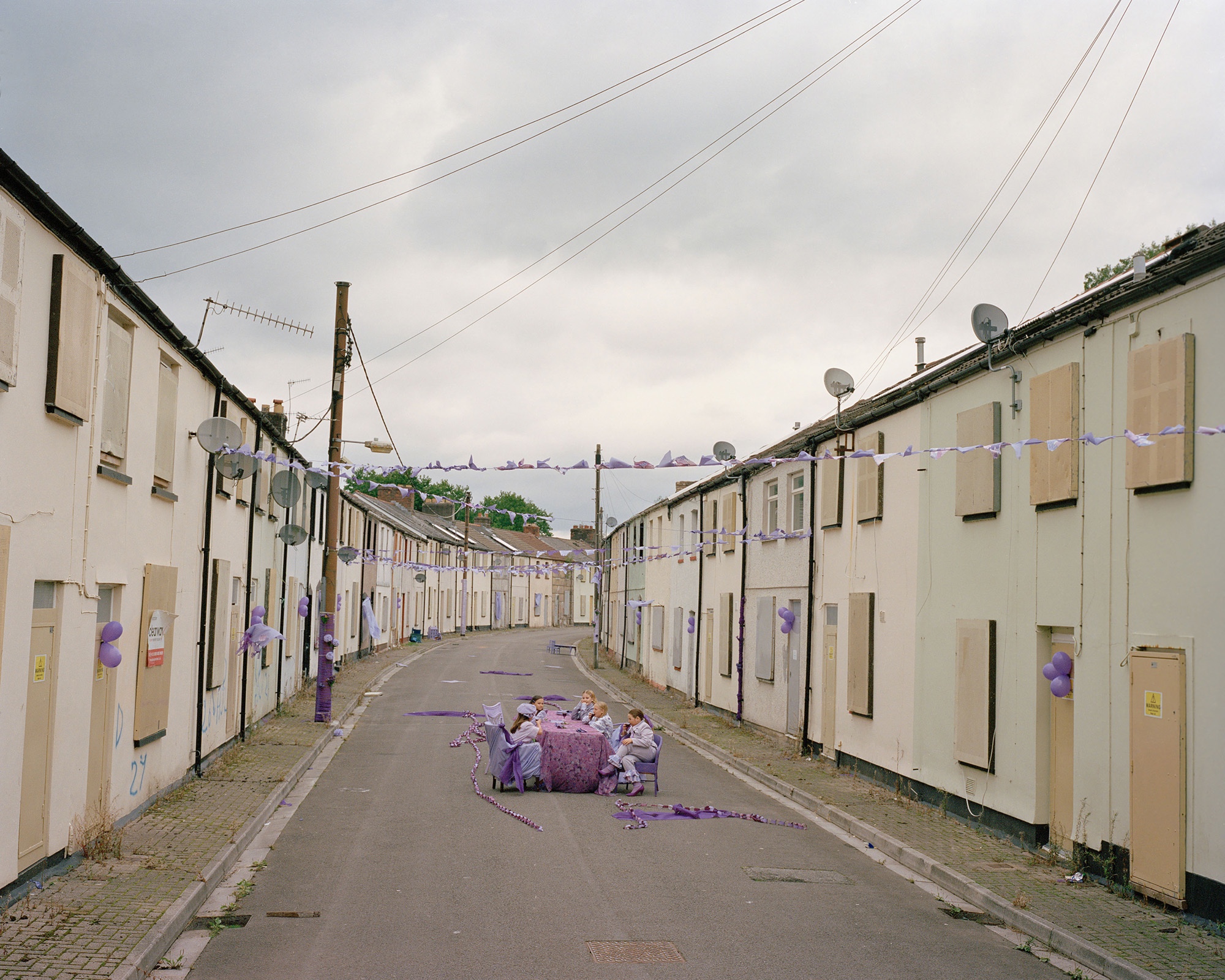 Although they tend to have a fixed idea on the costumes and location, shooting outside brings its own challenges. “It rains more than it shines in this part of the world,” Clementine says, so costumes can quickly get damaged which this means they often have to shoot in a rush. Also, the energy and dynamic of the group has an impact on the final photographs. “The photos never end up the way we expect them to be,” she admits.

One constant element in the photos is colour. As their first colour co-ordinated shoot involved the black costumes for Halloween, they’ve since “tried to base each colour and shoot on a season or celebration, such as red for Valentine’s day, pastel green for spring and yellow for summer, etc.” explains Charlotte.

The result is a striking deviance from the typical visual representations of the region. “The communities in the Valleys have been beautifully photographed during the mining days,” says Clementine. “Although in appearance the Valleys haven’t changed that much, we’re interested in moving away from these iconic photos of Industrial Wales and finding an original way of representing the contemporary Valleys.” 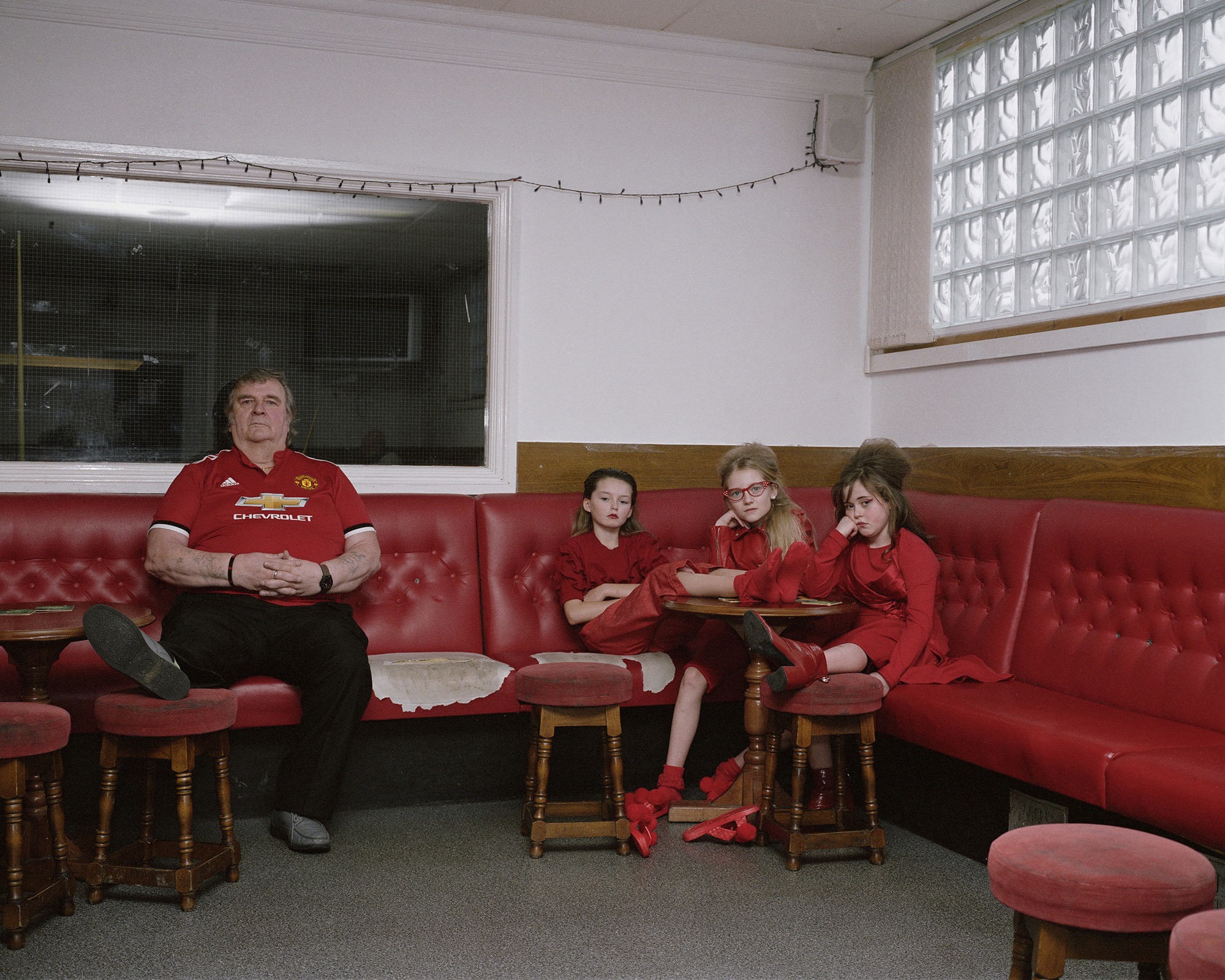 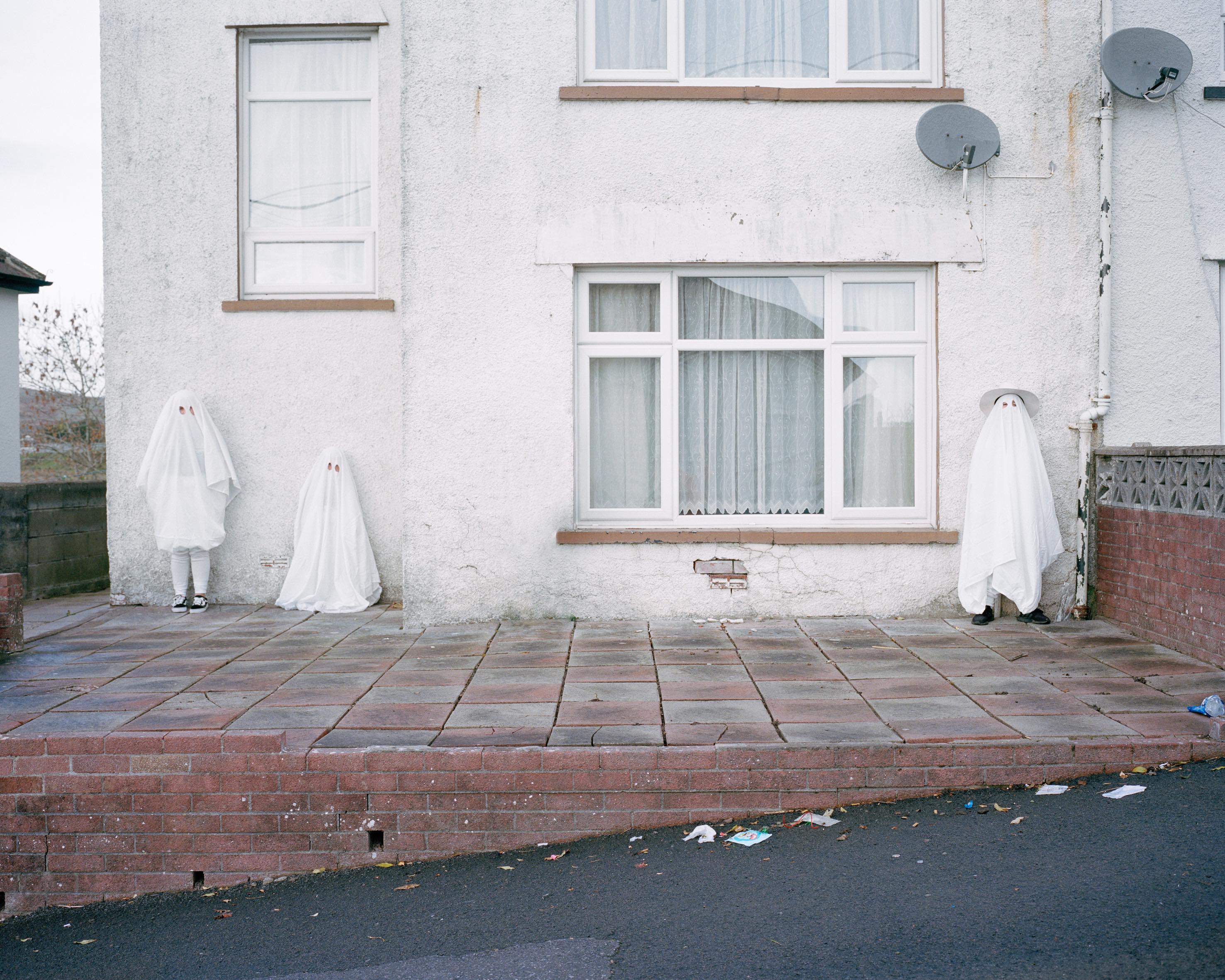 Approaching the project from two distinct backgrounds (Clementine studied documentary photography and Charlotte studied fashion), the collaboration has been beneficial in many ways. “Charlotte and I are very complimentary,” says Clementine. “Because the work is multidisciplinary, having two brains allows us to go further in our ideas and take more risks.”

“Clementine takes the photographs but we have fluid roles within the collaboration,” adds Charlotte. “The project only exists due to the creative partnership we have built over the years.”

Recalling their first Halloween shoot on the estate, the two decided to name the project after Sassy Keely’s comeback, replacing ‘fashion’ with the Welsh translation “Ffasiwn”. Charlotte says: “It’s a play on the word and how even though we’re introducing the girls to fashion in a creative way, the project couldn’t be further away from your typical fashion shoot.” 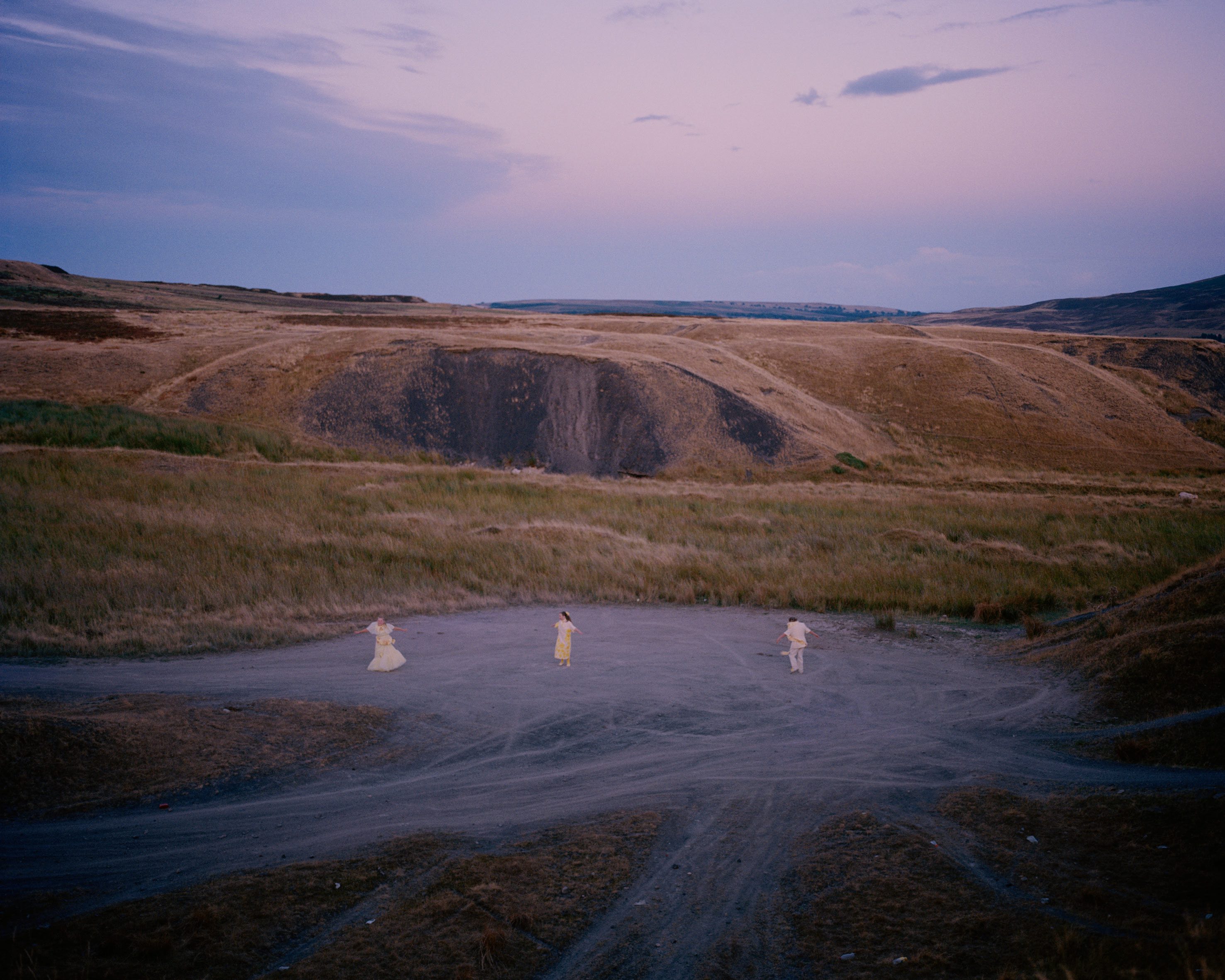 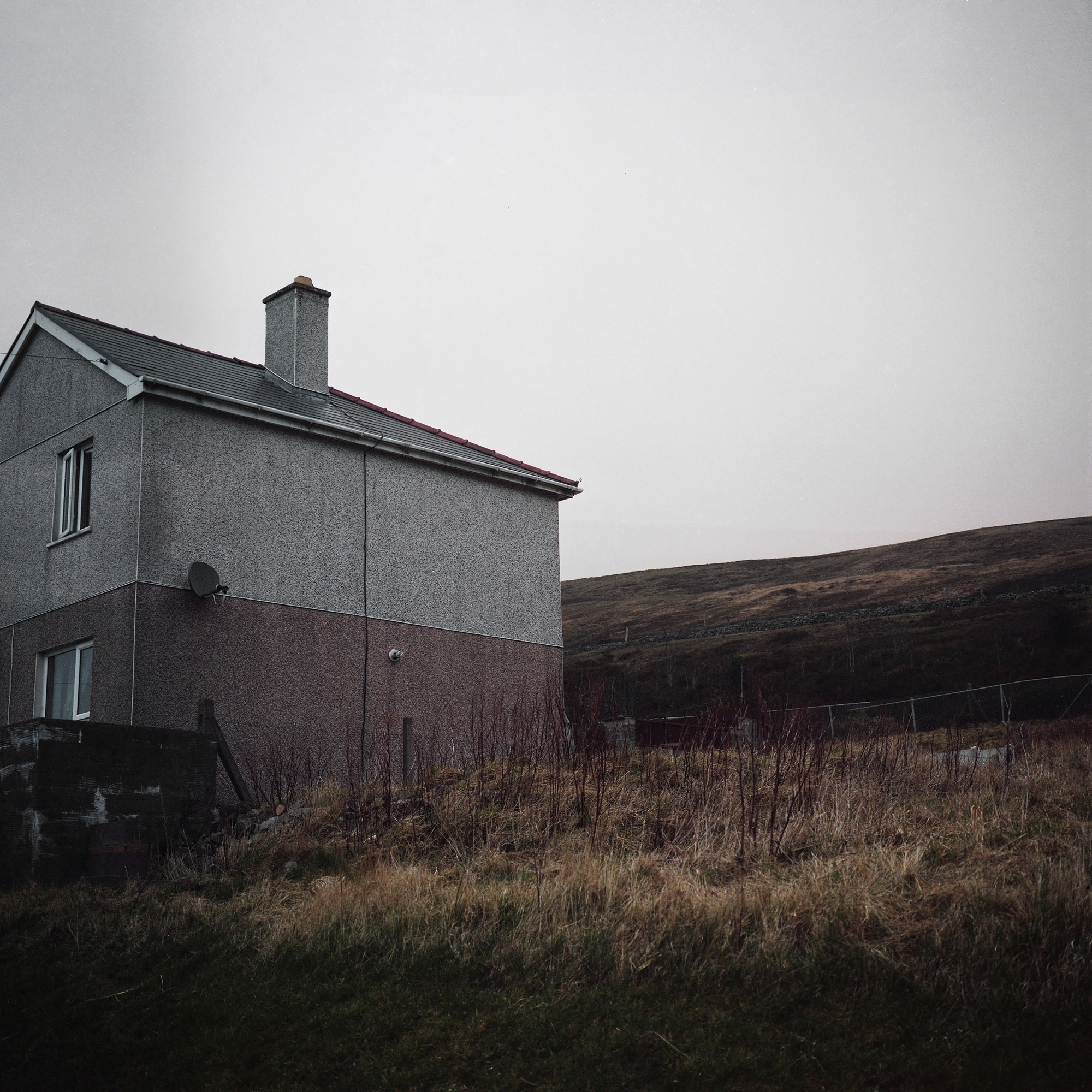 It’s Called Ffasiwn will be exhibited for the first time at the Martin Parr Foundation in March.

Linkedin
RELATED ARTICLES
OTHER ARTICLES
In her new book, the author explores the country’s housing crisis in human terms and calls for radical action to address a broken system.
A new edition of a seminal book brings together iconic images of the band onstage in their full glory and backstage in moments of unguarded camaraderie.
Photographer David Hoffman recalls documenting the extreme wealth inequality around Tower Hamlets and Hackney int the 1980s.
Photographer Matthew Brookes recalls following a group of young people in Venice Beach living in search of the perfect wave.
Freddie Miller’s new series of photographs investigates who today’s trainspotters are and what drives their unfettered enthusiasm.
Whether it's partygate, the climate crisis or the spiralling cost of living, the fightback begins on the picket lines writes Tommy Vickerstaff