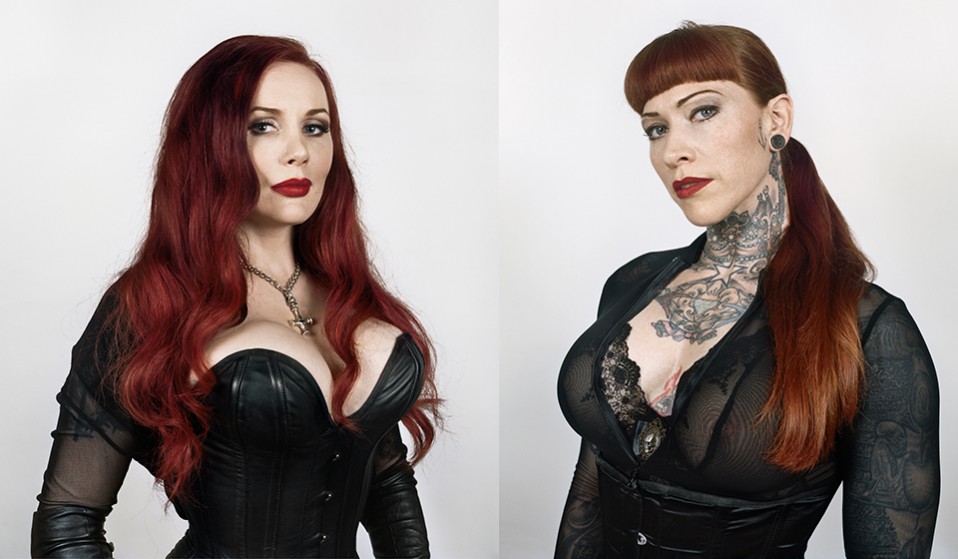 One day, on a flight to Berlin, photographer Max Eicke hit it off with the person in the seat next to him.

Max didn’t know what to say, let alone think, and so the conversation sputtered out. 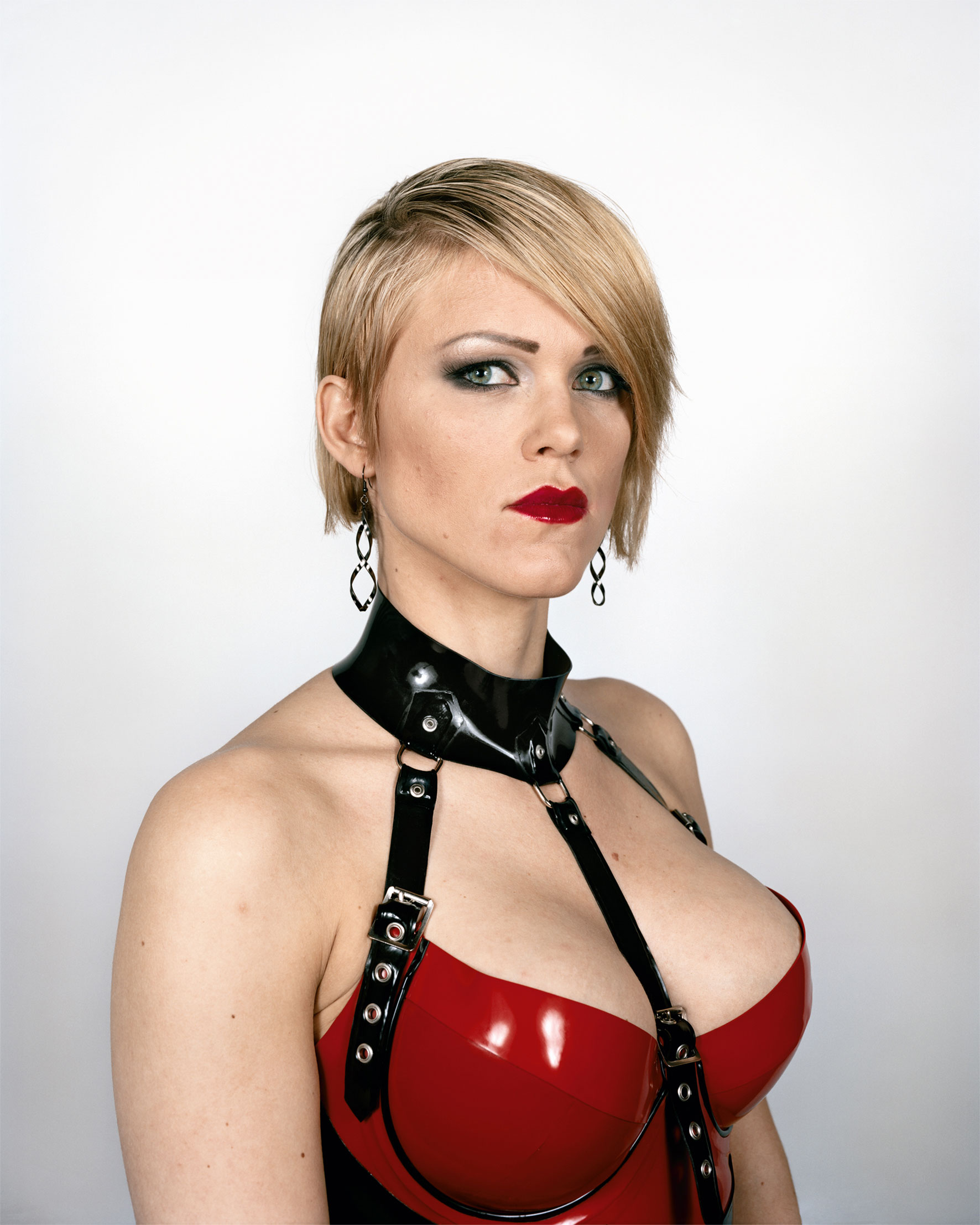 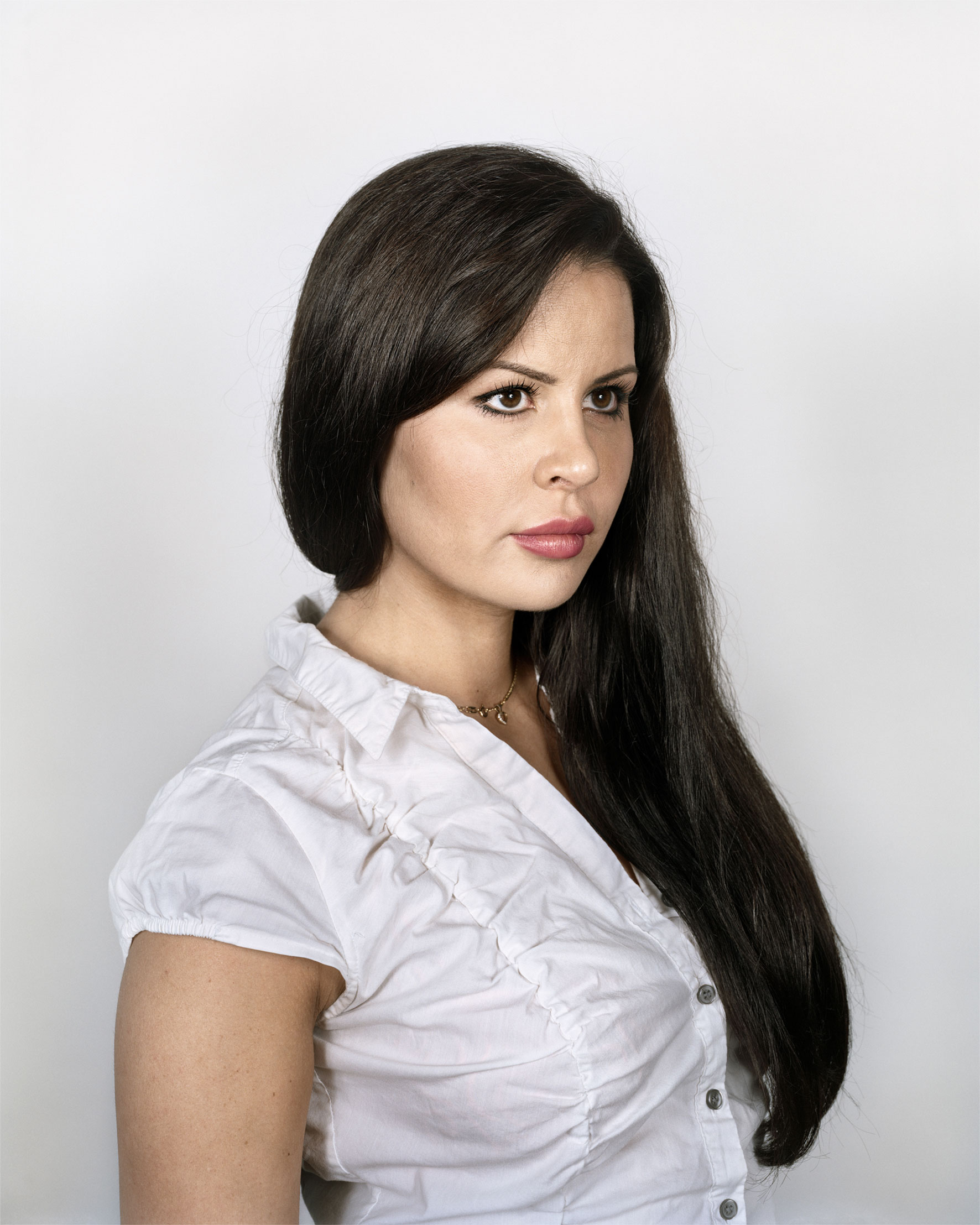 This meant plucking up the “guts” to cold-call dominatrixes and see what they thought of the idea… though he’s often have to insist that it wasn’t simple a scam for a free session.

“I think gaining the women’s trust was definitely the most challenging part of the project,” he says. “Most of them were highly suspicious since they had bad experiences in the past, ranging from weirdos stalking them to media representatives wanting to present them as perverts.”

But peeling back the stereotypes proved complicated. For one thing, these figures of power – used to roaring orders with absolute authority – now found themselves being questioned by a man with a camera. It took time for the posturing to fall away. 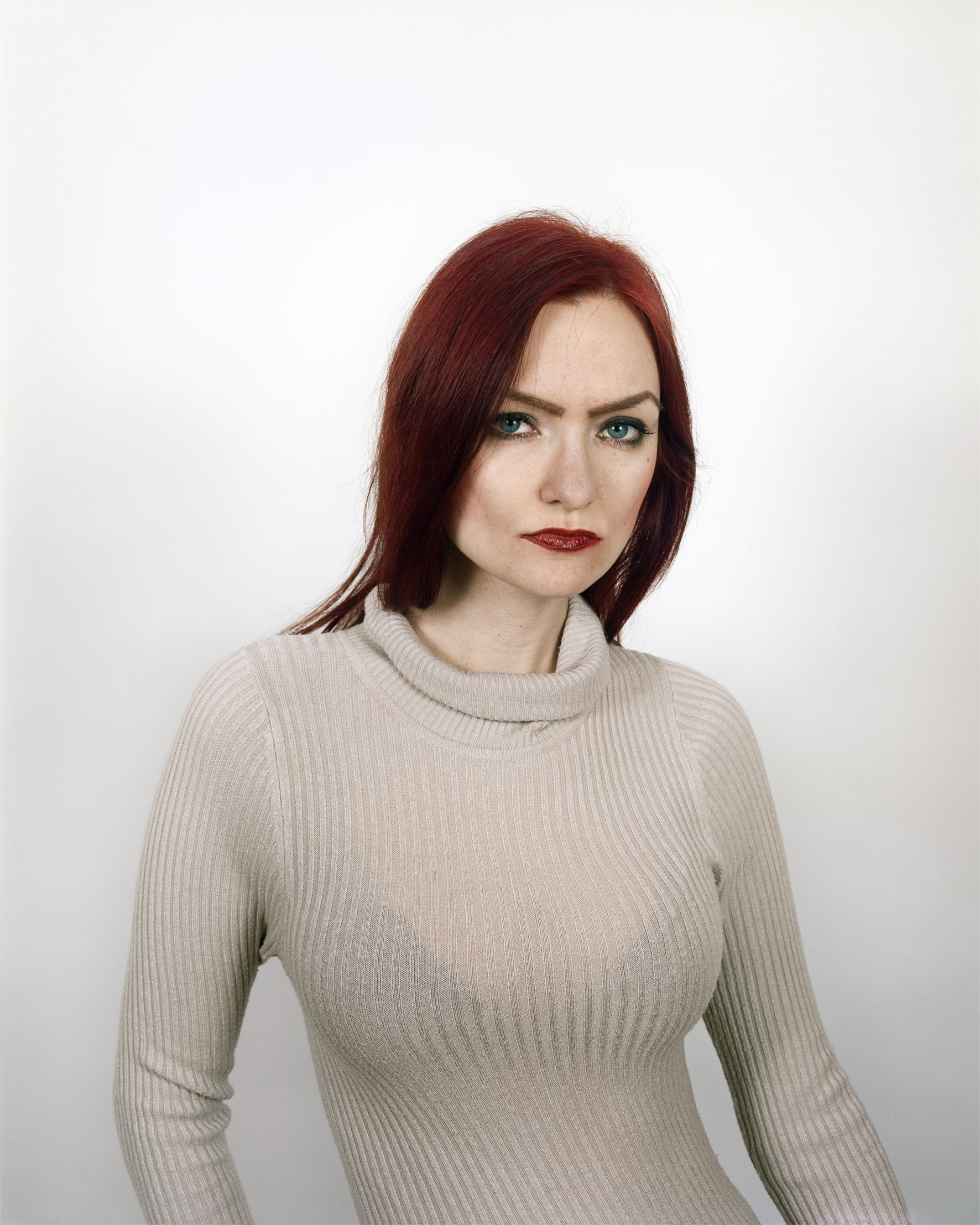 “There was an ongoing power play between us,” says Max. “I kept wondering why they agreed to be photographed. Was it about being remembered? Was it vanity?

“Did they see me as a potential client? My role remained unclear to the subjects, for whom the camera seemed to offer some kind of salvation – a false promise inherent to photography.”

“My impression was that they often live in the present and think little of their long-term futures.”

Now, having pulled together the results into a book calls Dominas, the pictures are accompanied by anonymous quotes from the women (seen here in red text).

One of them reads, “Strength means being able to stand up and say, ‘I am not a stereotype. I am myself.’” For Max, that’s a good summary of the whole project.

As a teenager, he dreamed of becoming either a detective or a painter – like his grandfather – but now he feels his approach to photography is turning into a blend of both: creating work that explores hidden worlds and questions established values or hierarchies. 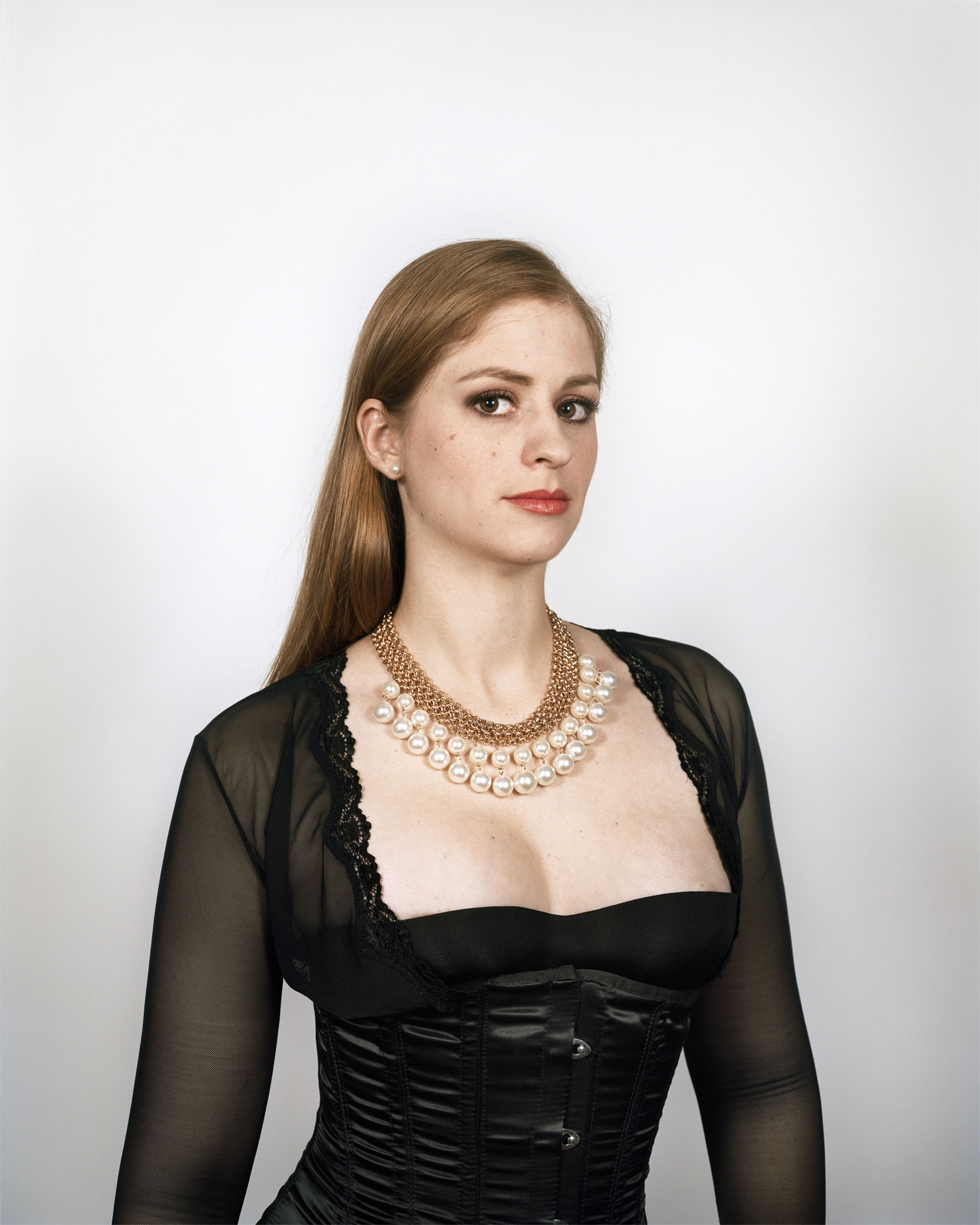 “One of the women admitted that she had never told someone such intimate and personal details from her life because no one was ever listening to her that honestly before,” he says.

“I discovered that as a photographer I was being placed into a totally ambiguous role: one that overlapped with the roles of confidant, therapist, scapegoat and, obviously, the younger eroticised man.”

Later, she allowed the slave to sit in on the conversation and it turned out he was an art historian who had a lot to contribute. 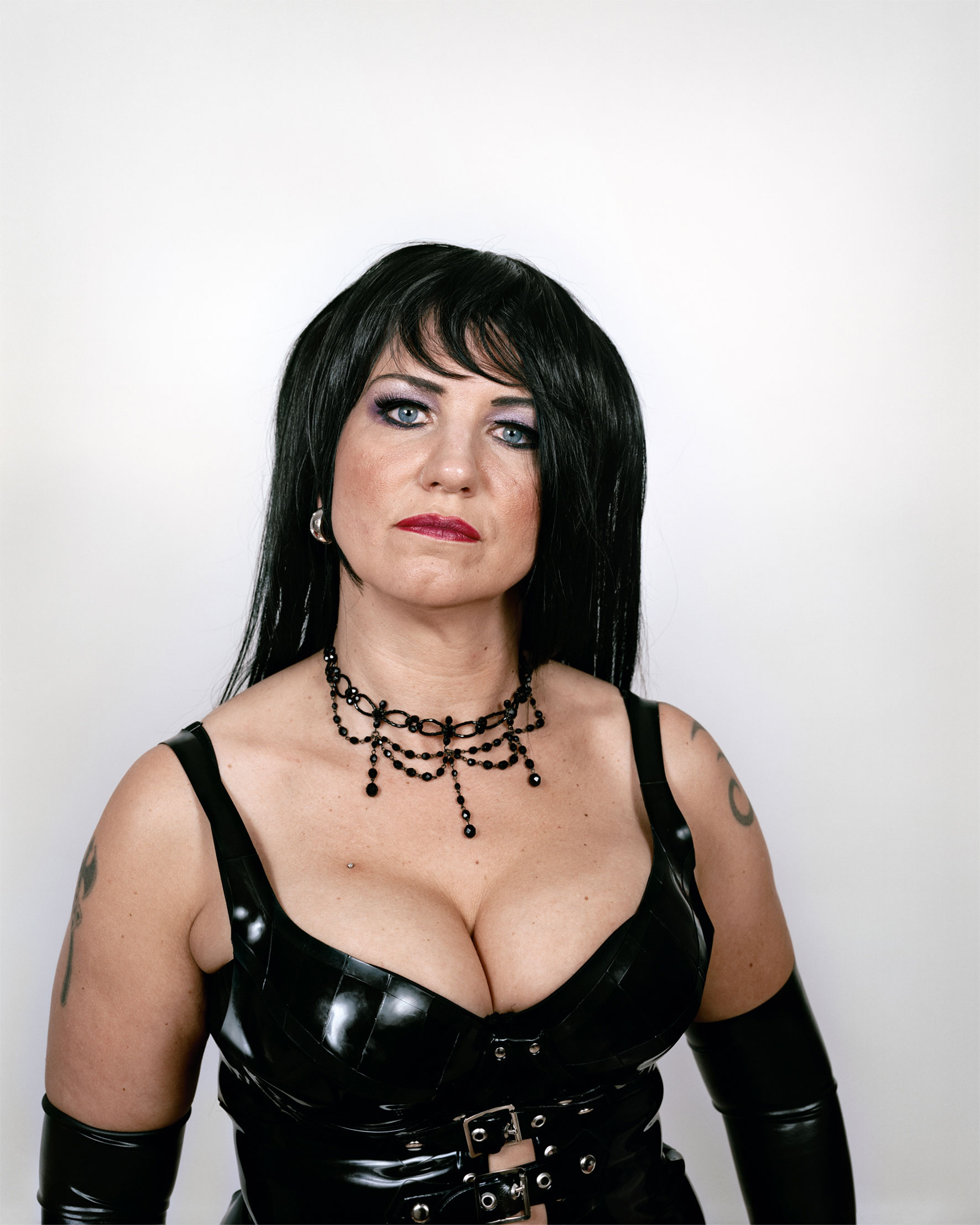 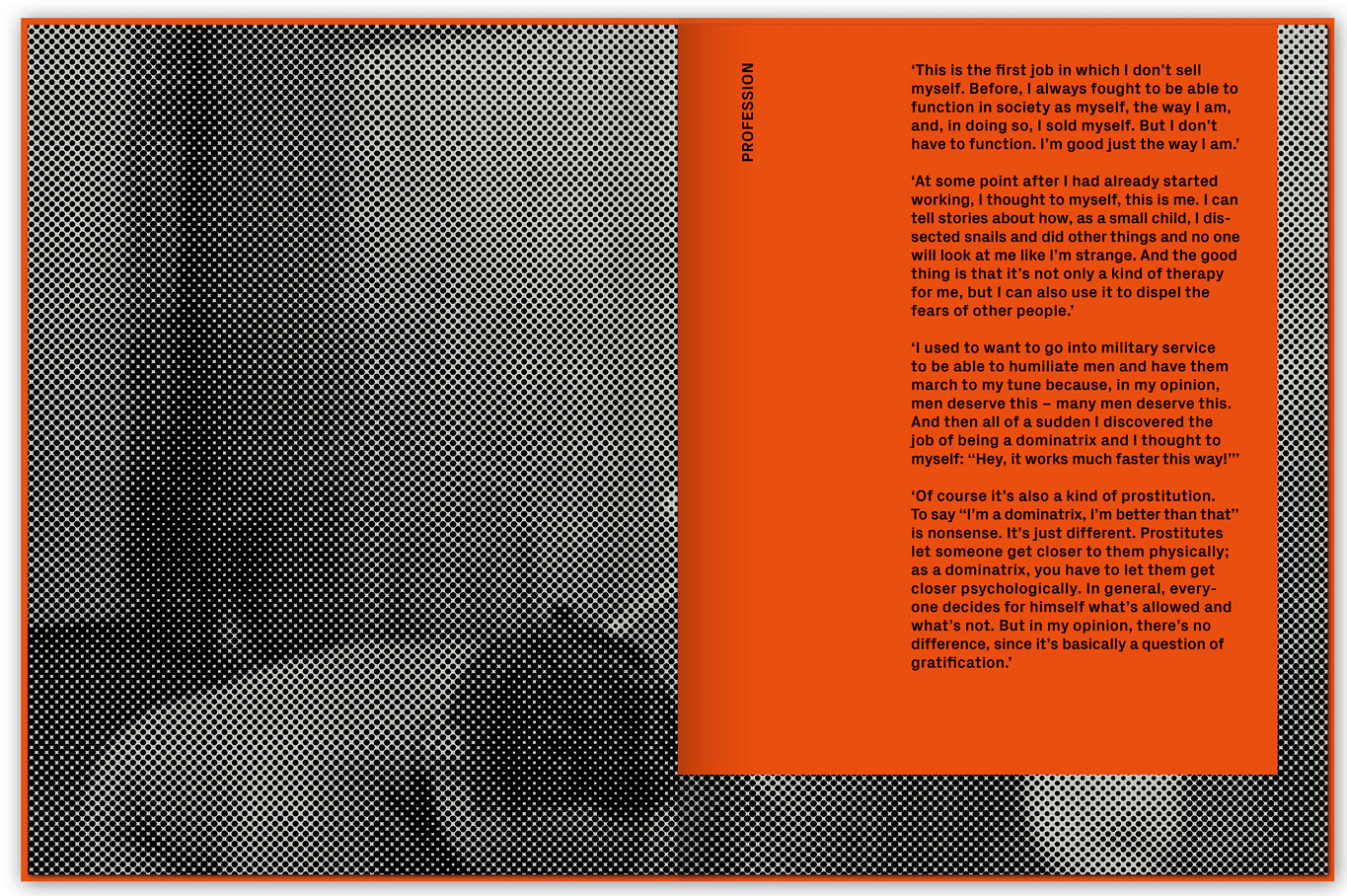 “For many it seems paradoxical that sexual activity involving pain might also contain empathy, tenderness, trust and lust.” 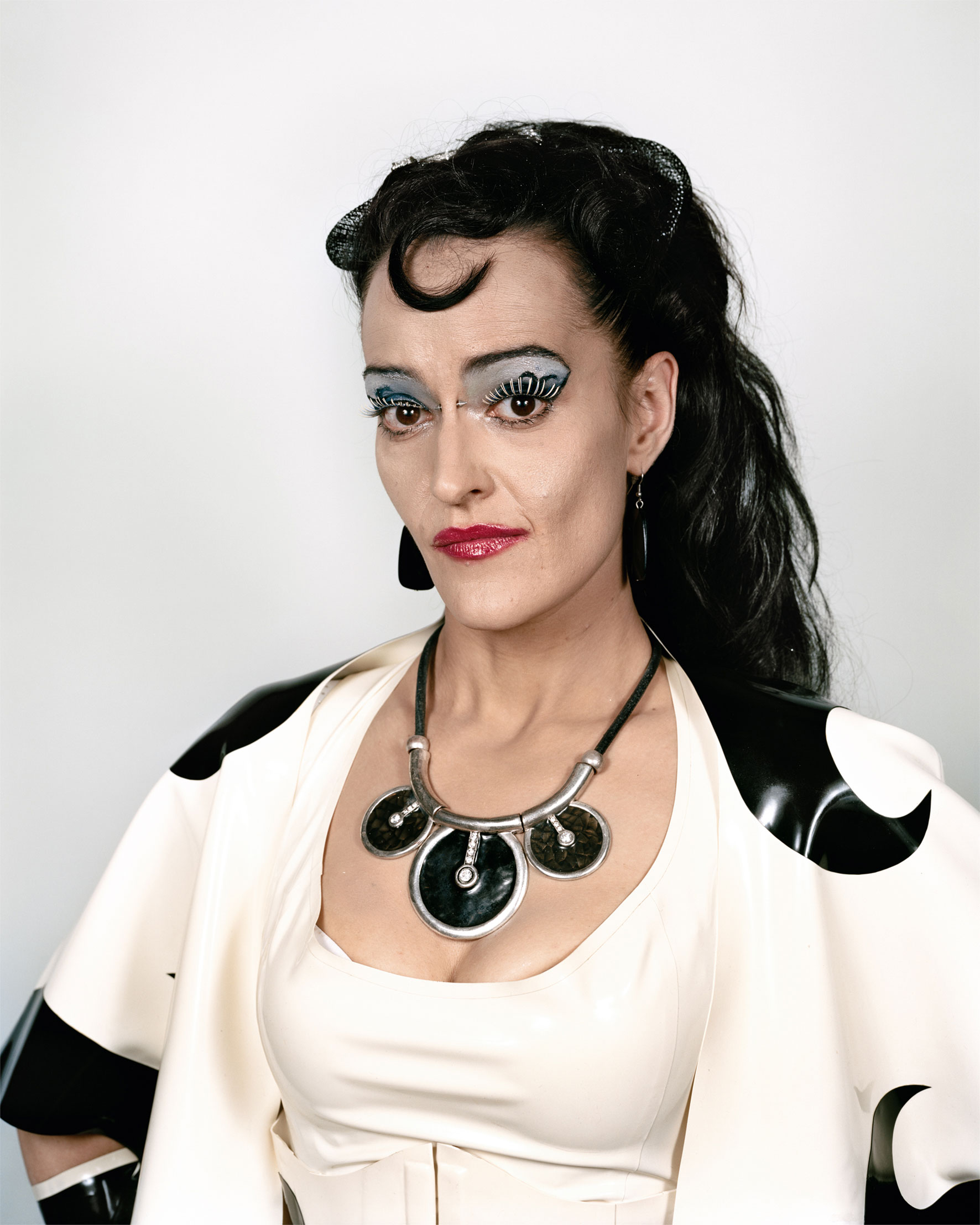 Dominas is published through Kehrer Verlag. Find out more about Max Eicke.

Linkedin
RELATED ARTICLES
OTHER ARTICLES
Riding from street to street on his trusty bike, Scottish photographer Sandy Carson documents his adopted home at a unique point in its history.
Welcome to the Death Well: a gravity-defying display of fearlessness that reimagines what’s possible on a two-wheeled machine.
With a new bill seeking to further criminalise asylum seekers, the work of a group of volunteers monitoring small boats in the English Channel is all the more vital.
The musician, DJ and founder of Monika Enterprise reflects on a career defined by revolution and rule-breaking.
The rapper talks injecting humour and fun into his sound and challenging drill stereotypes.
The New York MC reflects on his experience with Trumpian US immigration policy, and how it impacted his career.