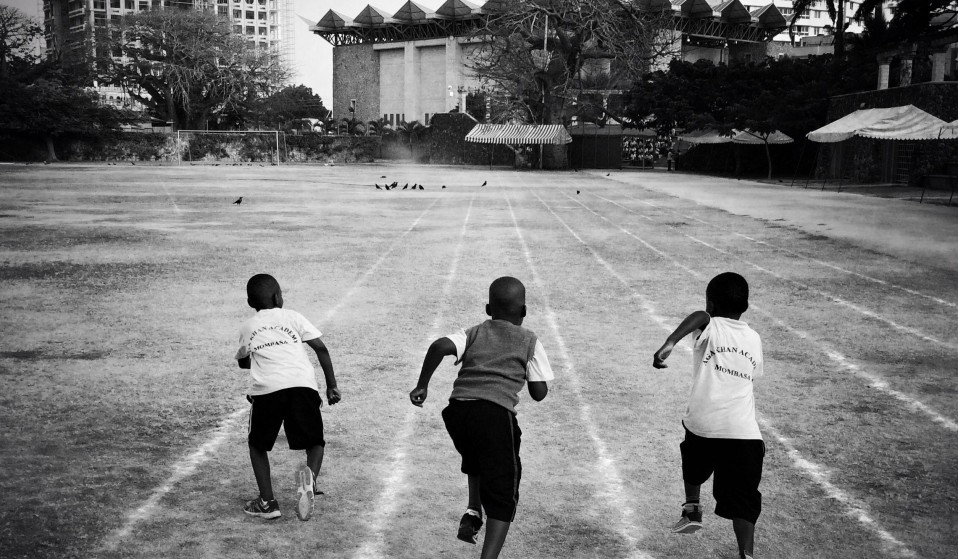 What started off as a simple snapshot of everyday life soon became a global movement that’s shifting attitudes around the world. Now Everyday Africa have launched their first photo book, documenting the highlights of their first four years in action.

What started off as a simple snapshot of everyday life soon became a global movement that’s shifting attitudes around the world. Now Everyday Africa have launched their first photo book, documenting the highlights of their first four years in action.

In the years since Everyday Africa began, I’ve told the story many times: journalist Austin Merrill  and I were in an elevator in Abidjan, Ivory Coast, in a government building, on our way up to get our press passes. I saw a bit of simple symmetry in the elevator’s mirrored walls, and I wanted a photo – but it seemed foolish to lift a big camera out of my bag minutes before we would get official permission to work in the country, so I lifted my phone instead. 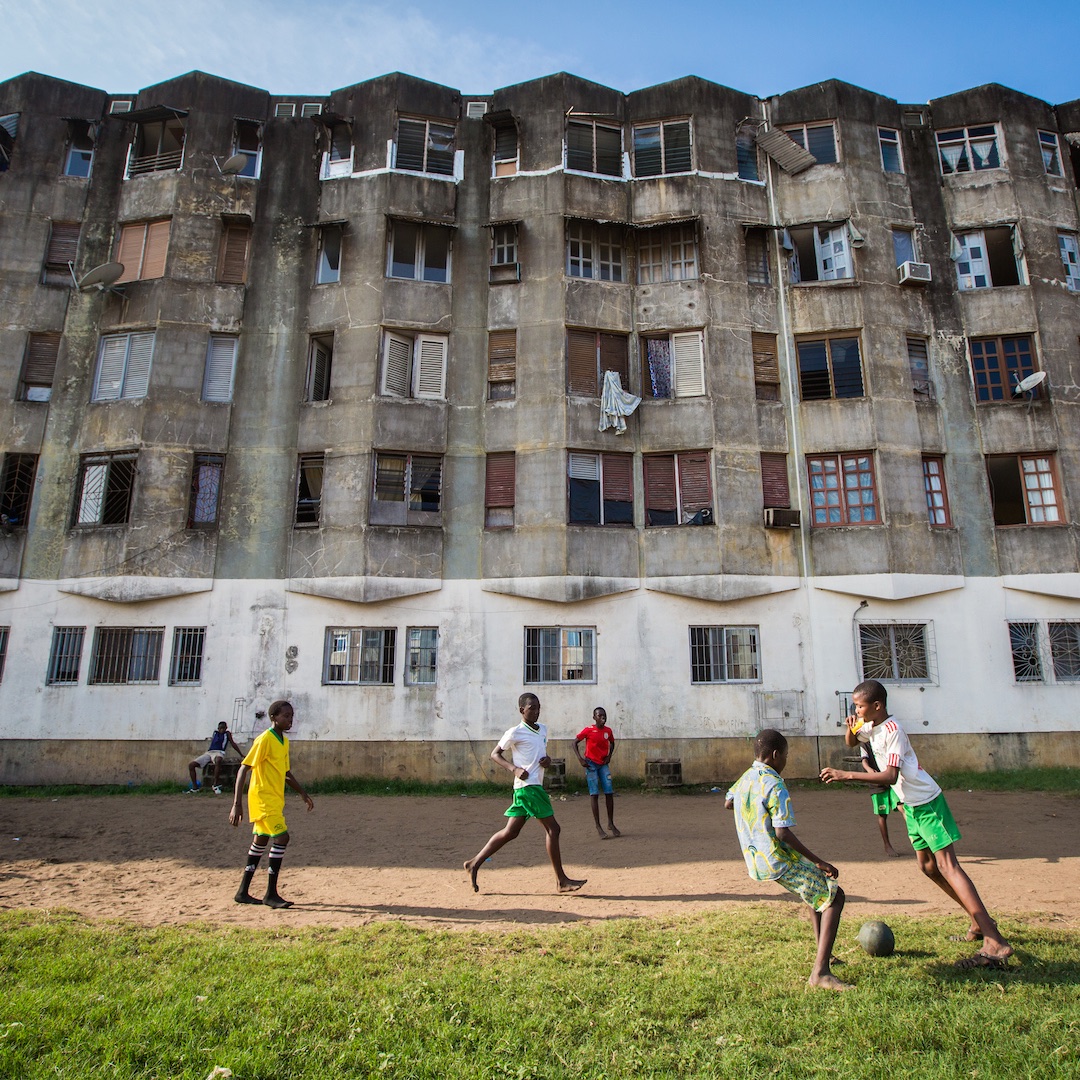 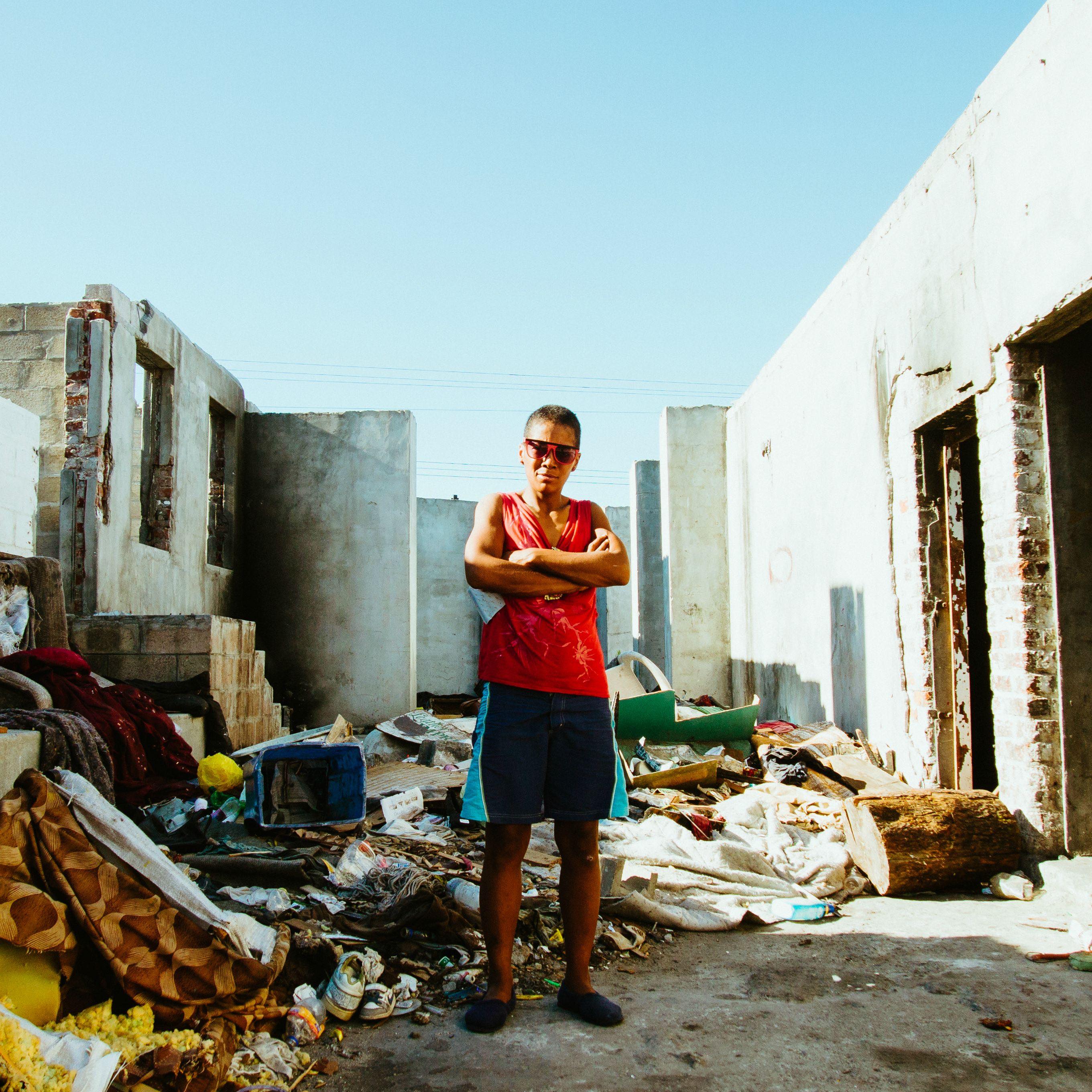 Within a few hours, Austin and I were poring over pictures we had shot on our phones that day, and the name Everyday Africa popped into my head and stuck there. Within a few months, we had a popular Instagram feed and an ever-growing group of contributing photographers, all passionately dedicated to sharing a view of the continent that goes beyond the media’s extreme stereotypes. In those early moments, we never could have imagined how far this movement would spread.

But the term ‘everyday’, it turns out, is so simple that it is actually difficult to define, and even after all that has happened since then – dozens of other Everyday projects joining us on Instagram, several exhibitions, features in the world’s leading publications, an educational program that has impacted thousands of young students – I still struggle to describe what the term means. Through numerous collaborations, I continue to try. 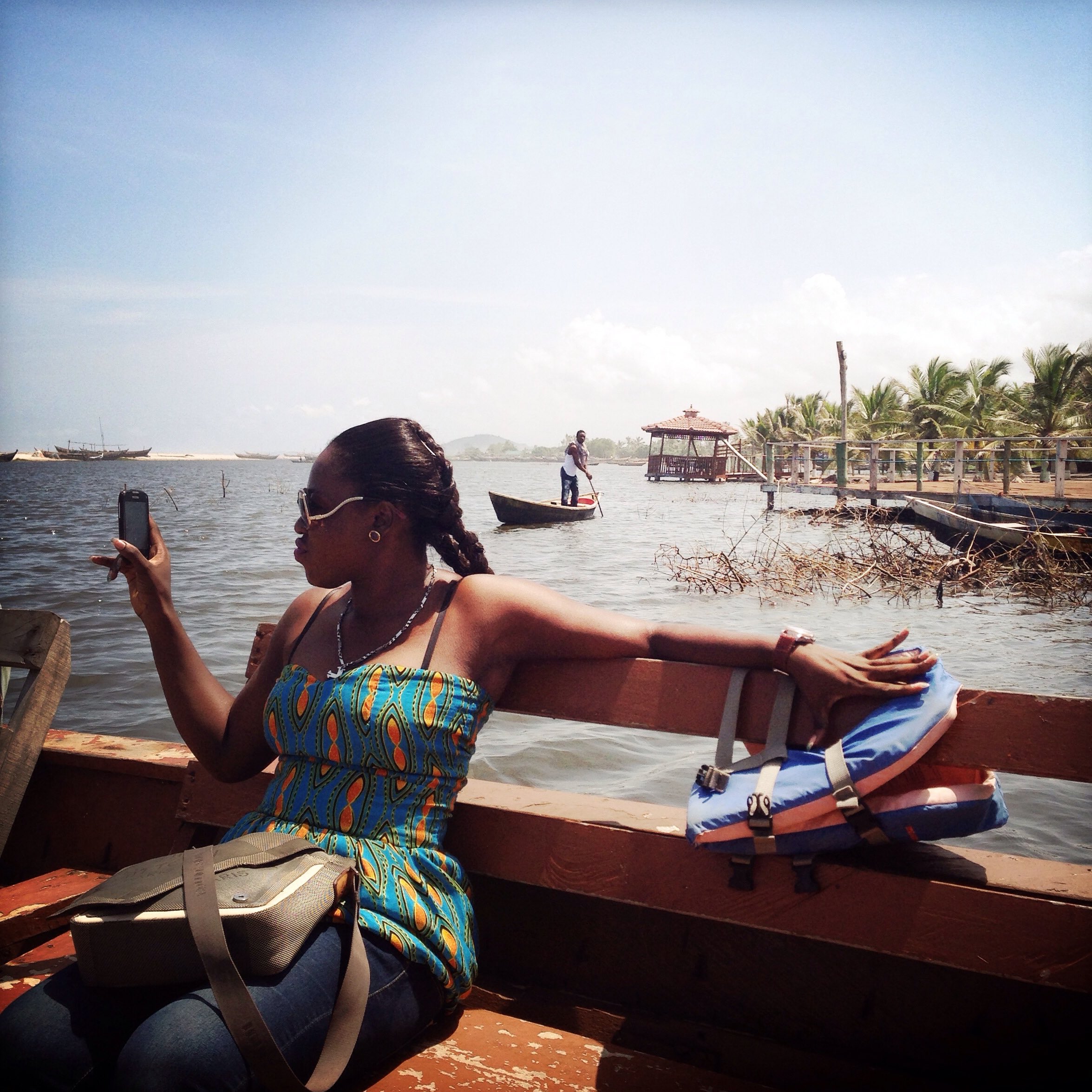 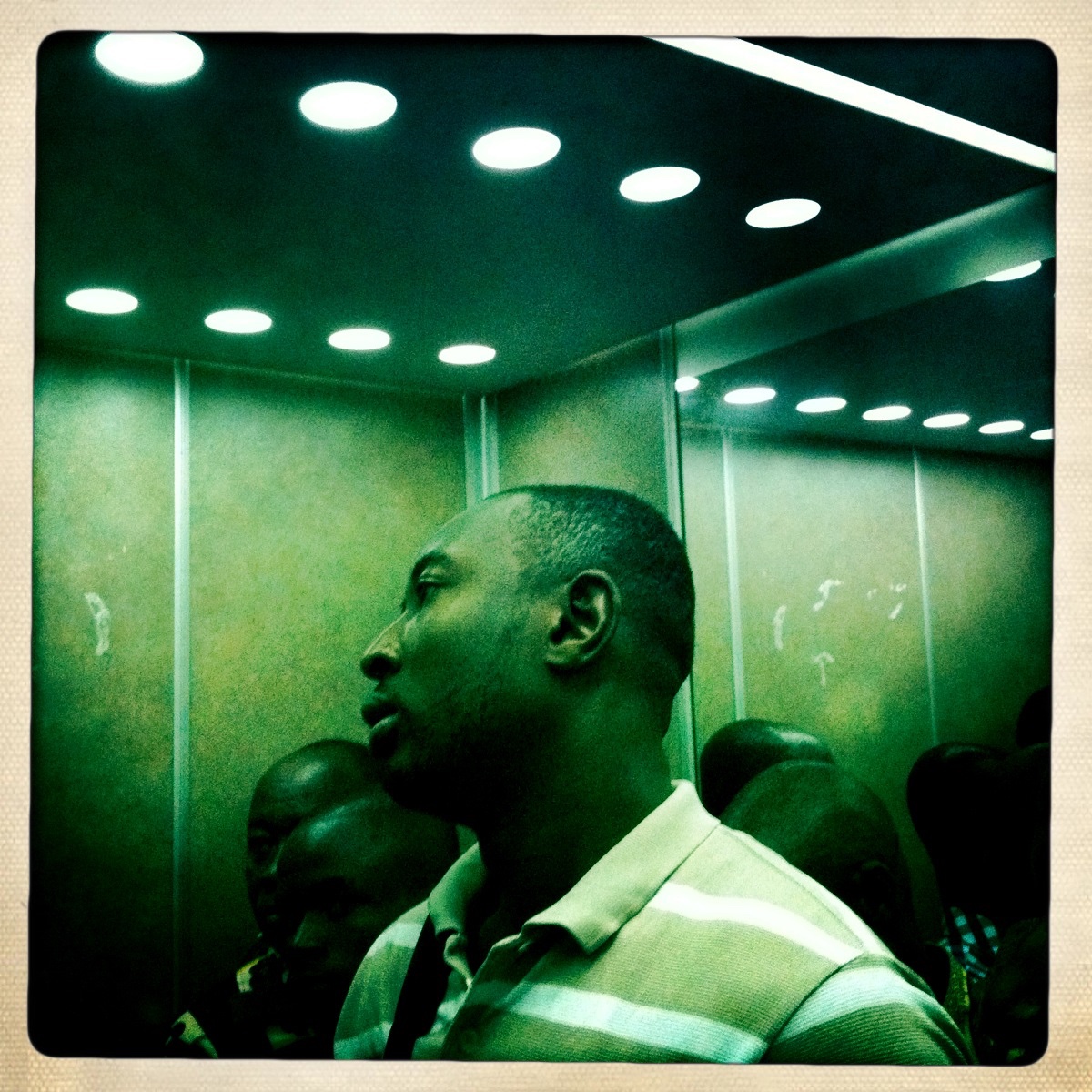 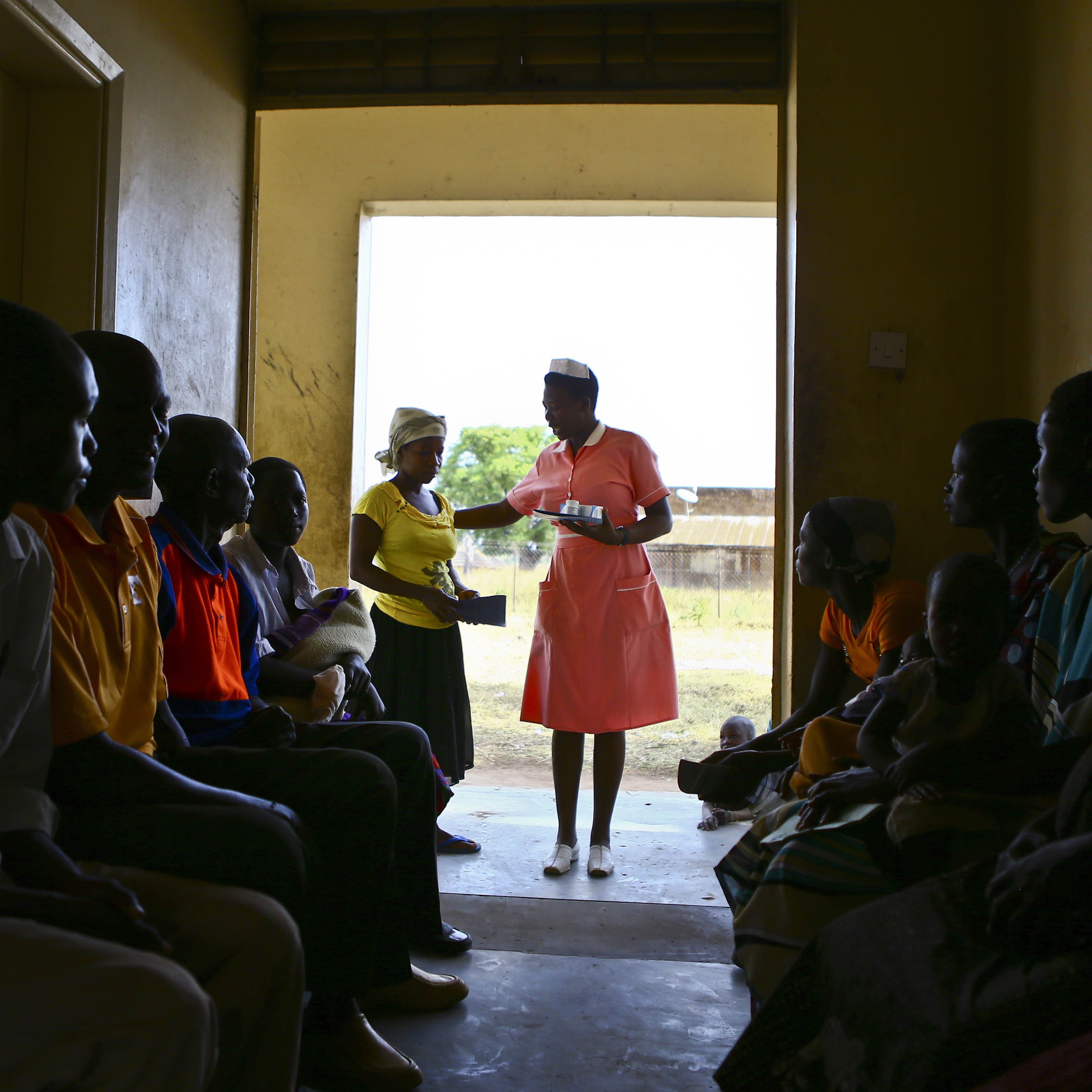 Our many contributing photographers have helped me. For me, photographing everyday Africa meant shooting photos throughout my day, giving as much weight to the mall where I bought my SIM card as to the refugee camp I might visit on assignment that day.

It meant balancing the scales of what we see from the continent, showing the positive and, yes, even the mundane as much as we show the negative (if not more). Other photographers have interpreted it differently. Holly Pickett made an intimate series of portraits throughout West Africa. Our African photographers, like Barry Christianson and Sam Vox, use the platform to tell detailed stories of the people they encounter. Nana Ko Acquah adds a personal touch, often with lyrical poems and strong opinions of a continent rising. Madagascan-born Guillaume Bonn used Everyday Africa to take us on a journey home, as he and his ageing father retraced the steps of their recent ancestry. 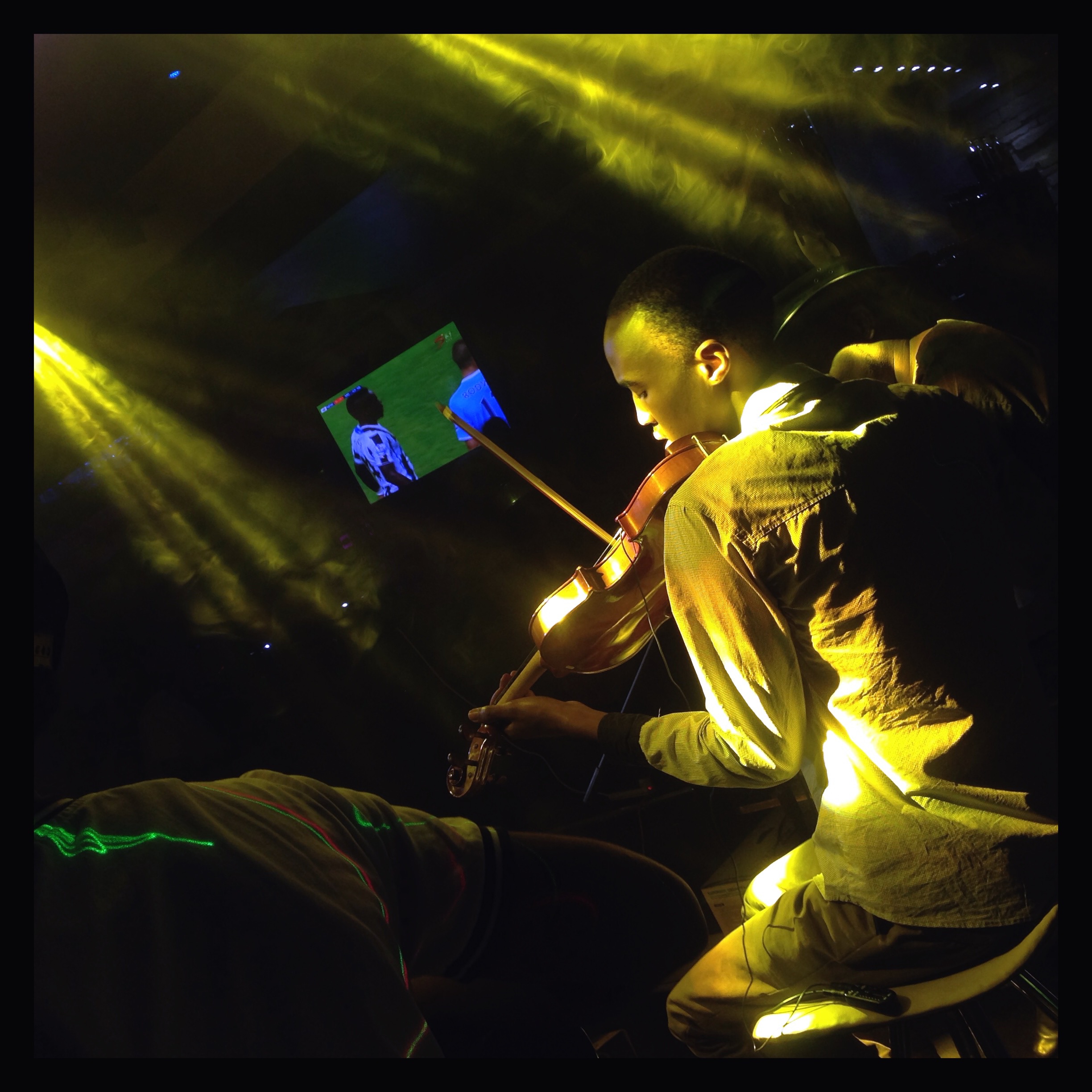 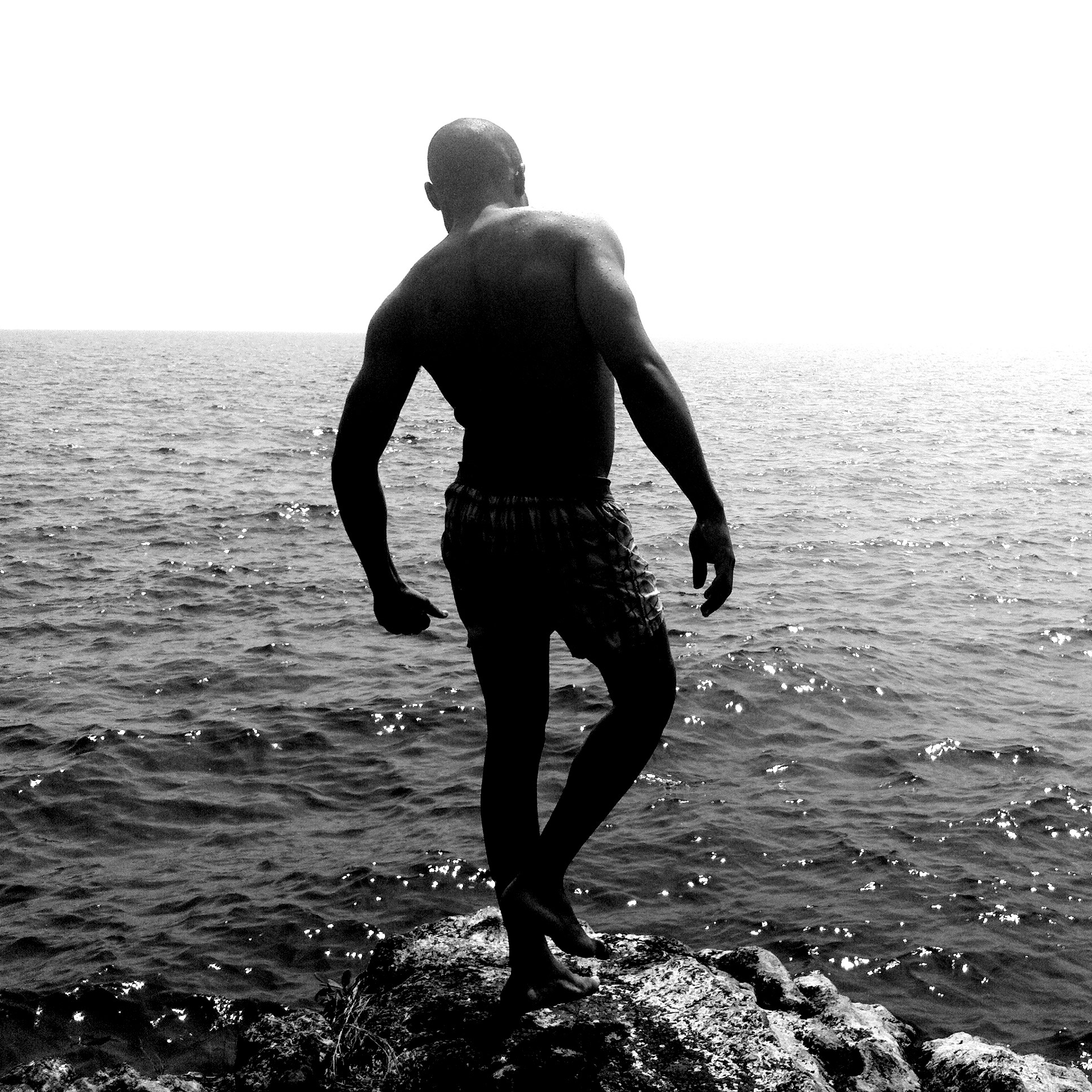 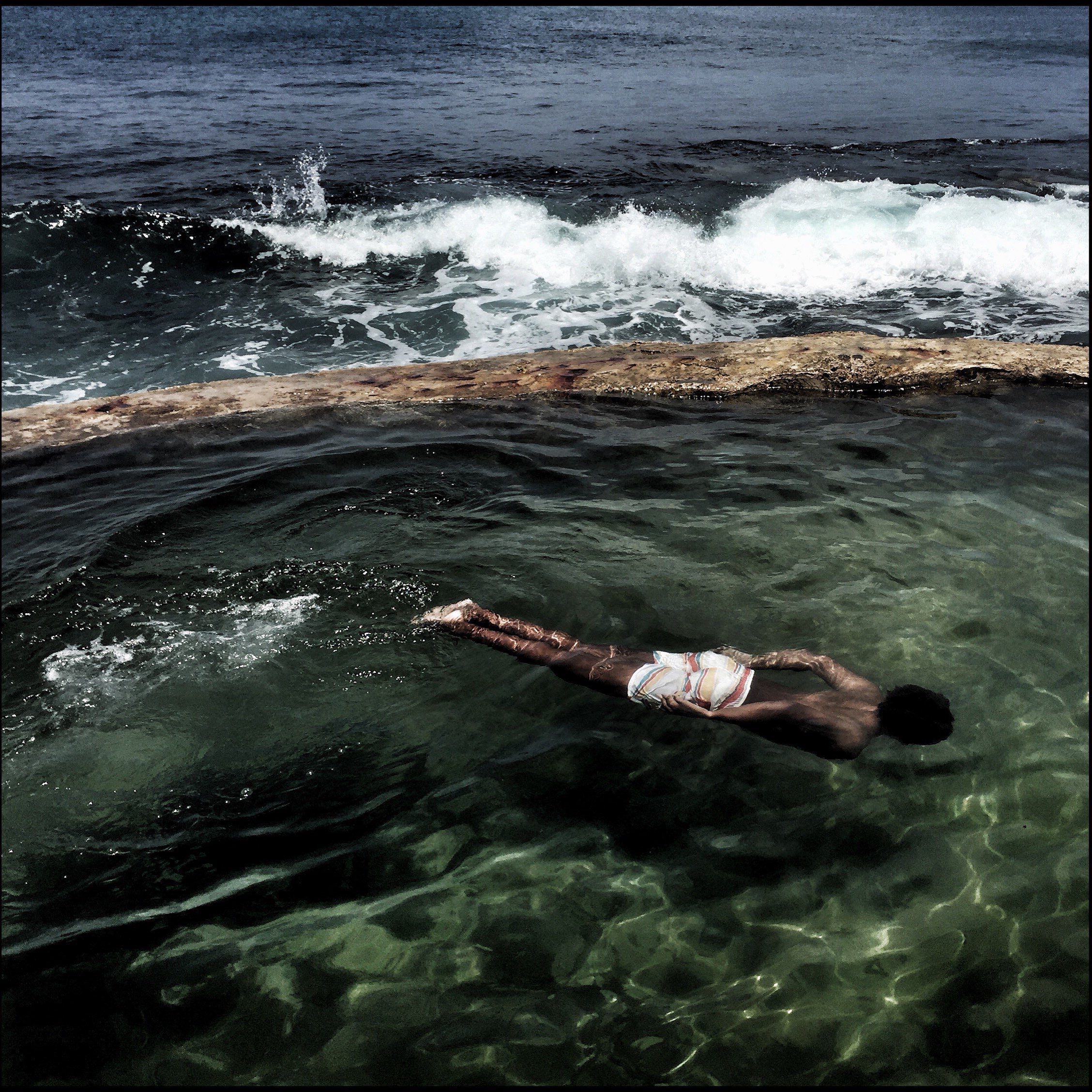 Their intent is beautiful – and the result, even when scrolling quickly through our feed, is a rich narrative that celebrates the continent’s diversity through its daily life.

Our forthcoming book is a collaboration with the most vital people involved with the project: our followers. In addition to some 300 photographs, the book will draw from Instagram commentary that is in turn honest, shocking, funny, heartfelt and at times caustic. Through these conversations, I have learned that a project on the everyday does not mean a project that stresses similarities with the Western world. My favourite conversations challenge our idea of what is ‘normal’. 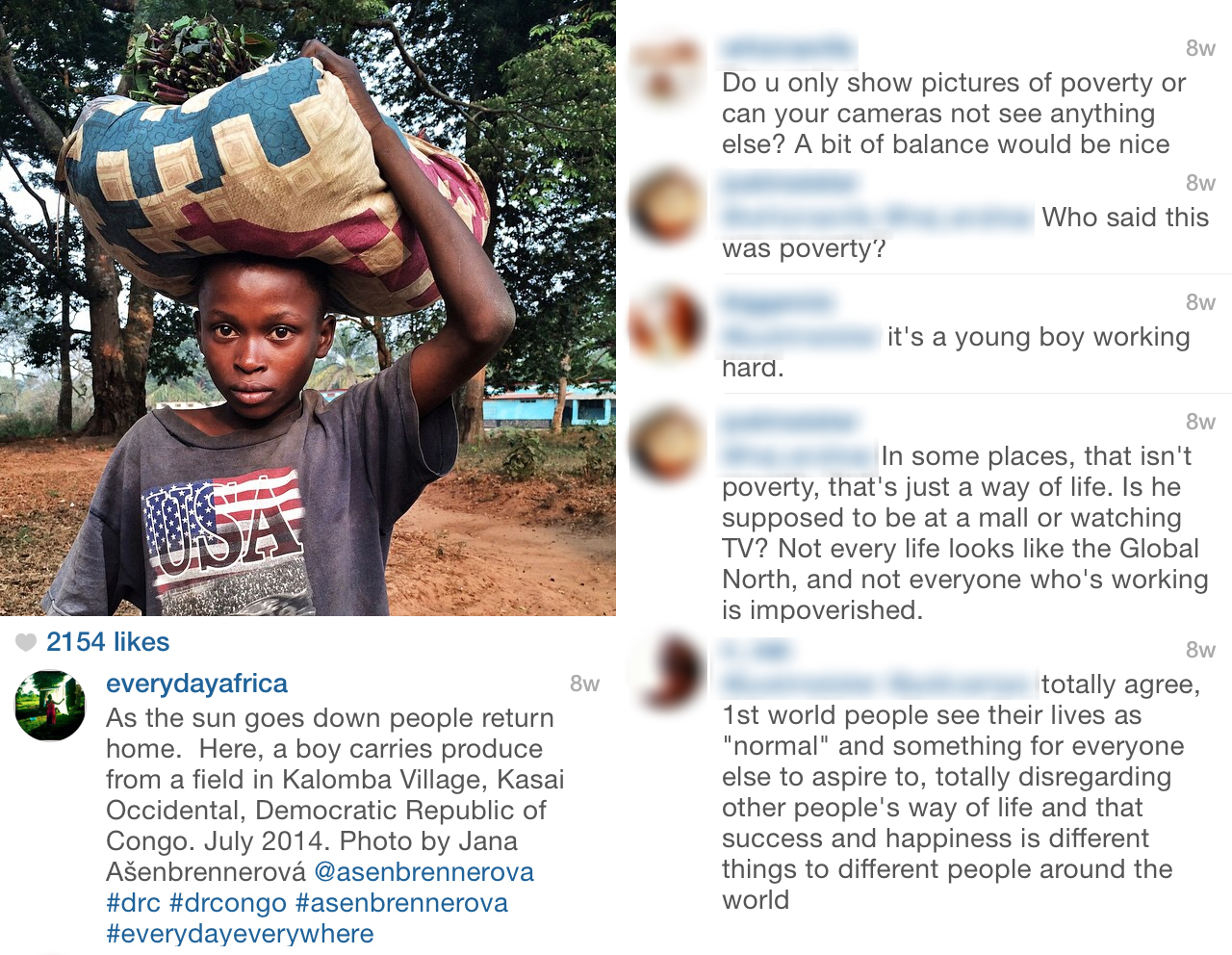 For example – at times, when we show rural life, we are criticised for showing poverty, but then other followers step in and engage in a thought-provoking discussion. When someone says, how dare you show a poor child working, another person reminds them that they are projecting their own cultural lens on the image. There needs to be more sincerity in how we photograph Africa – but there also needs to be more sincerity in how photographs of Africa are read.

pMy favourite comment, in fact, summarises the whole point of our work: in response to someone saying one of our photographs was “sad”, another commenter said, “Please stop assuming that because life looks different than yours, it is tragic!” 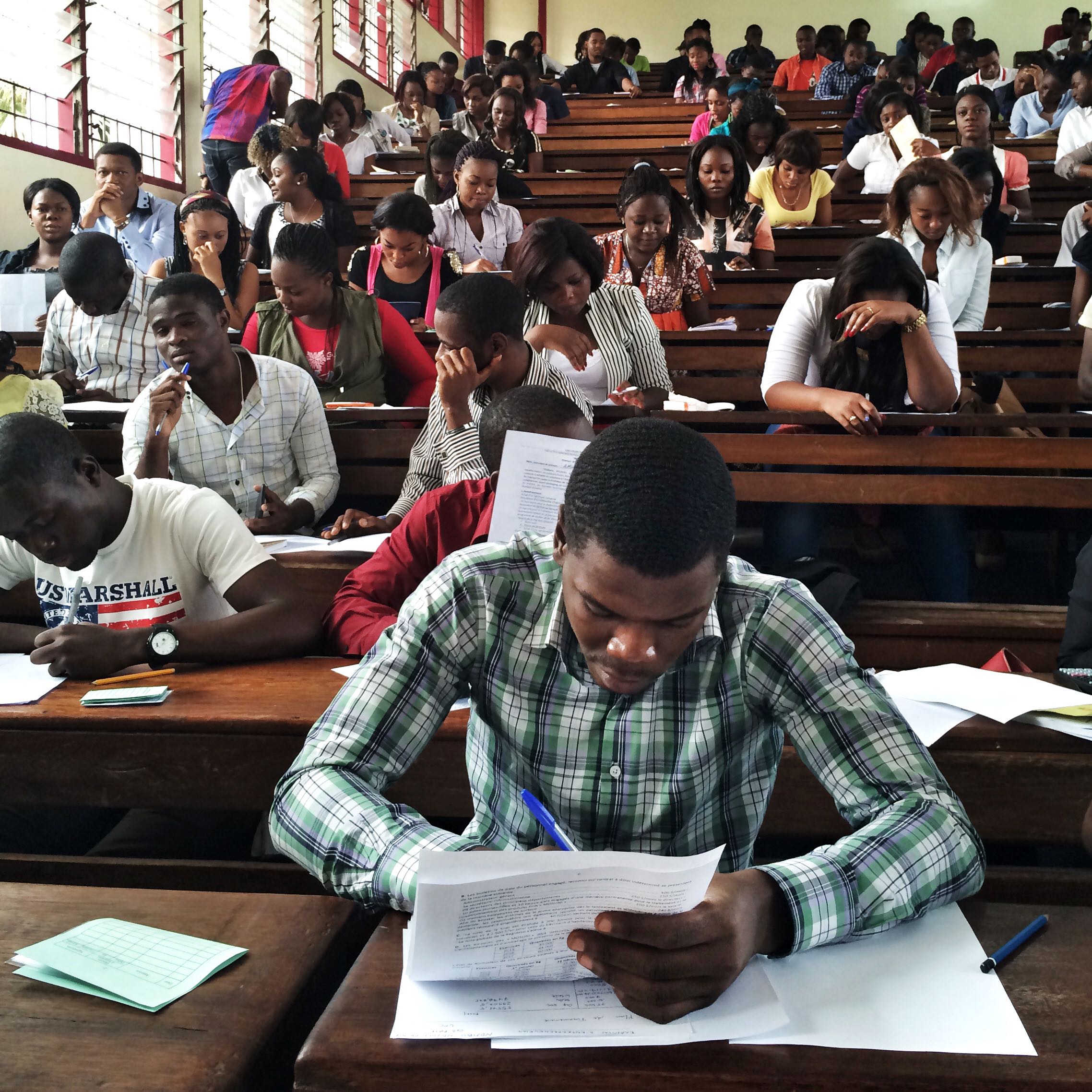 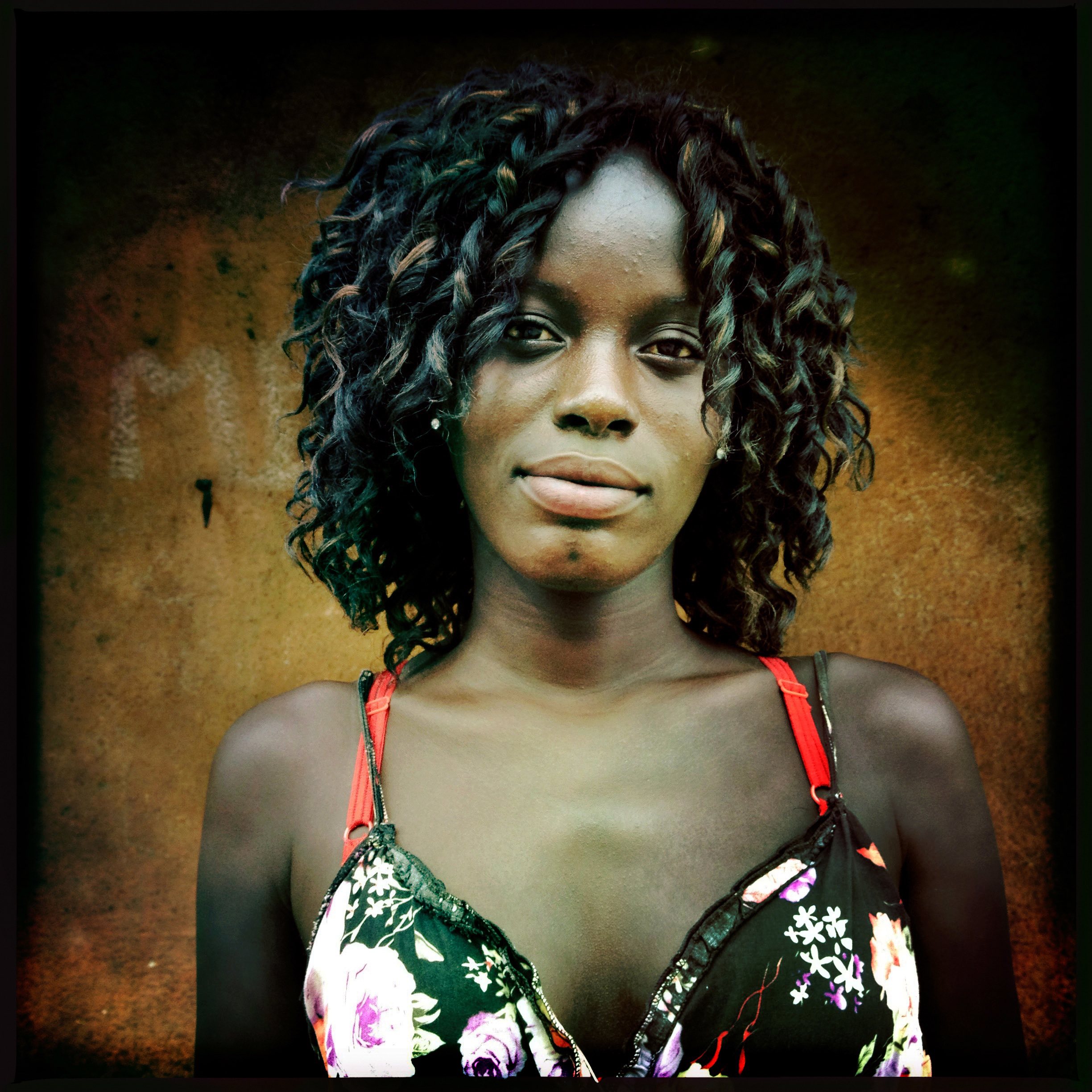 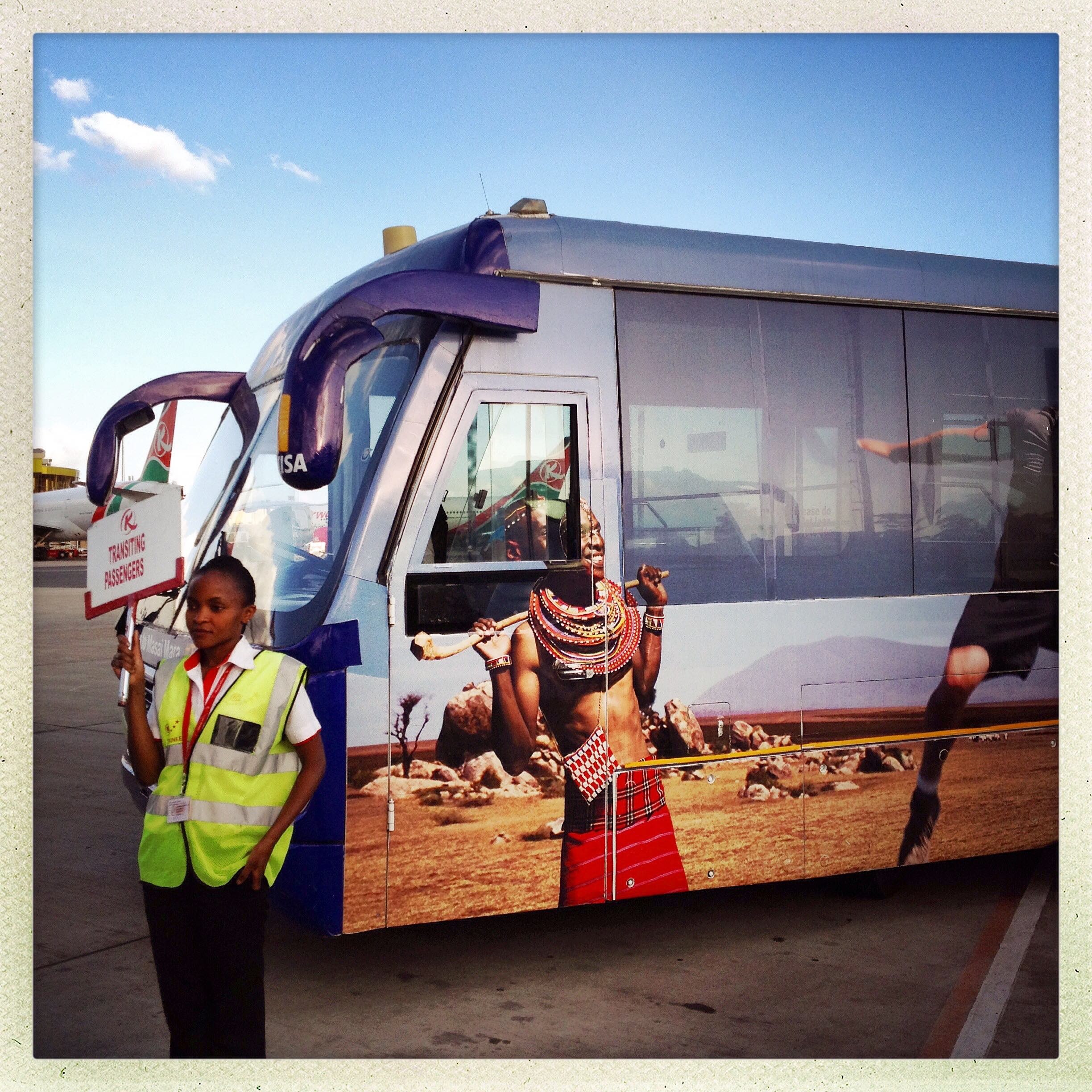 Our most recent method of collaborating is perhaps our most exciting – we’ve been leading workshops for middle and high school students in the USA and Kenya, where students dissect their own stereotypes of other parts of the world, learn from our photography, and then practice photography themselves, creating an Everyday project for their school or city.

Even as these students have made incredible photographs of their families and neighbourhoods, they have also been challenged to confront their own preconceived notions. Our students in Chicago listed “the words that come to mind when you think of Africa”, and our students in Mombasa were outraged by the list (the first two words were “poverty” and “rape”, and it carried on from there). 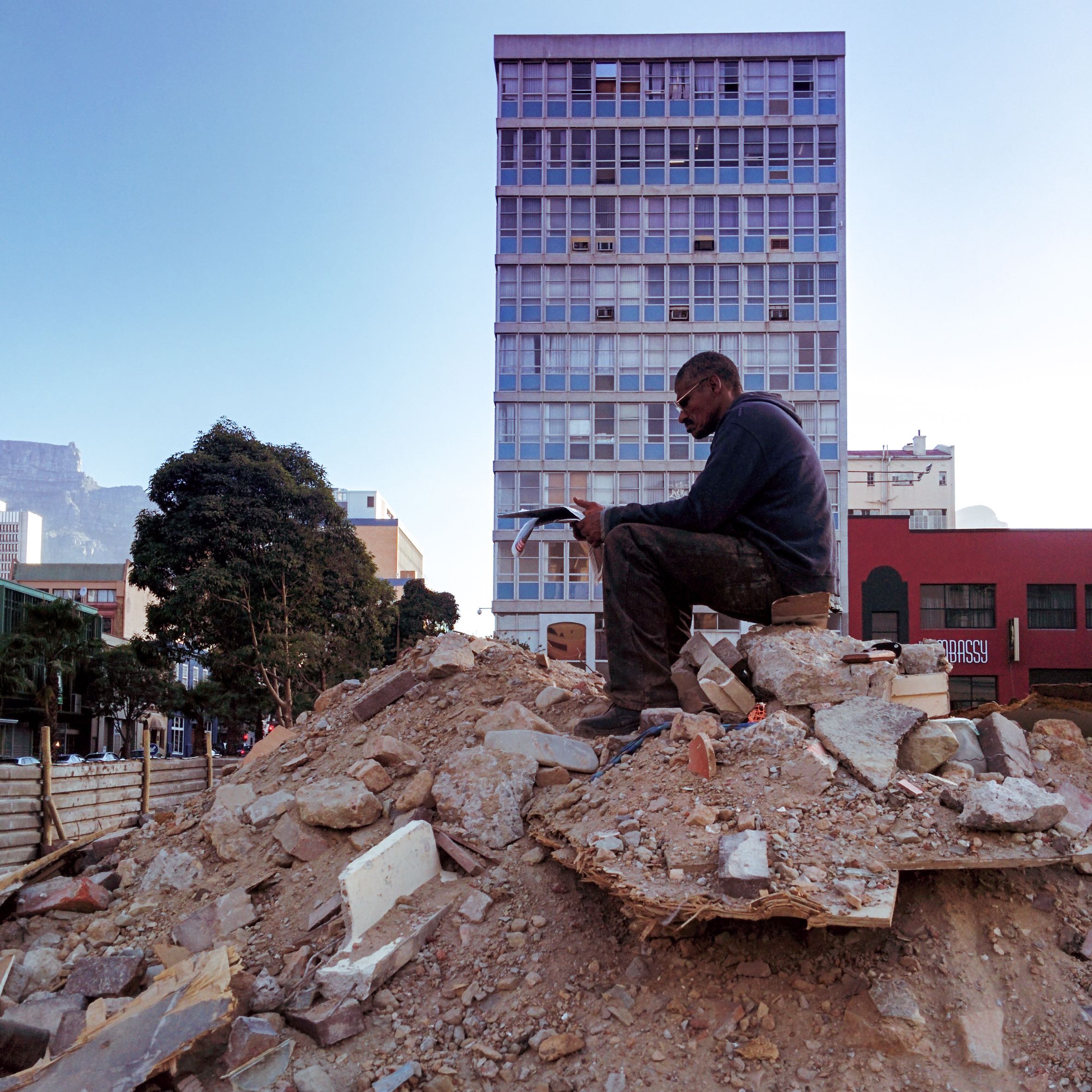 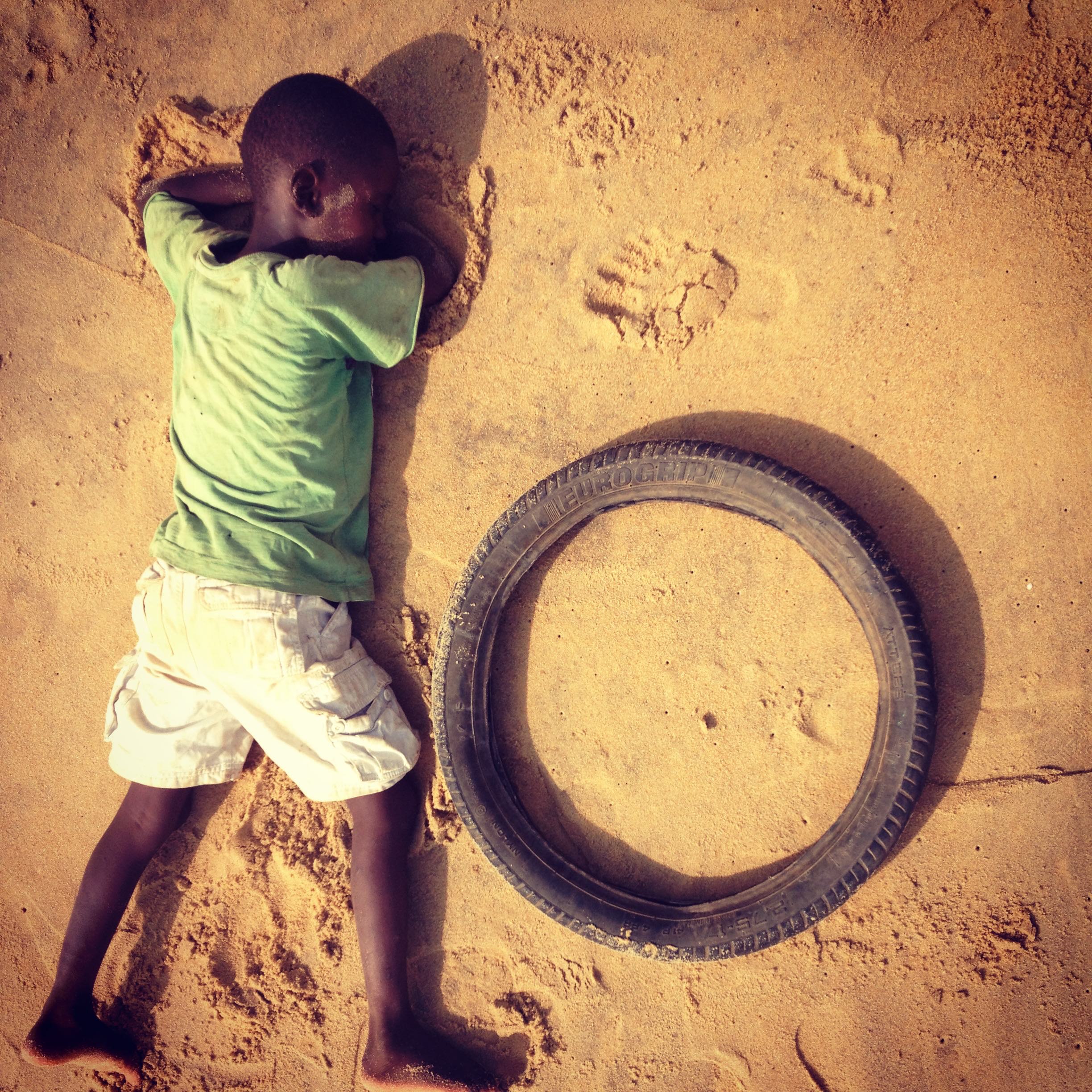 And yet, when asked to review work of other Everyday feeds, the Kenyan students came back with similar commentary. Looking at Everyday Iran, one student exclaimed, “I had no idea people danced in Iran!” Looking at Everyday Asia, another student said, “This shows a dirty picture of India, which is accurate, it’s just how India is”, and the rest of the class immediately fought him, telling him he can’t judge an entire country in such broad strokes. And looking at pictures of social issues on Everyday USA, the students were shocked to see unexpected homelessness and poverty in the States.

All of this simply tells me: we’ve come a long way, and we still have a long way to go.

Support the launch of Everyday Africa’s first book, and pre-order your copy! 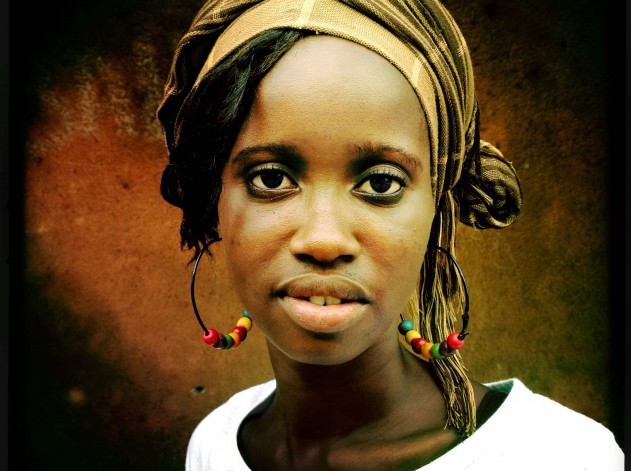 Linkedin
OTHER ARTICLES
Those set to be impacted by the governments ’undemocratic’ bill explain why it risks silencing them.
From the queues outside to the last ones standing, Francesco Mellina’s new photo book follows a night that has gone down in the Northern-Soul history books.
The musician, DJ and founder of Monika Enterprise reflects on a career defined by revolution and rule-breaking.
The novelist discusses his electrifying debut, which offers a deft examination of masculinity under late capitalism.
In 1984, Martin Shakeshaft set out to document the miner’s strike as it really happened, using his photography as a tool for activism.
While the popular news aggregation service has been kicked off Twitter, its demise does not spell the end of digestible misinformation.