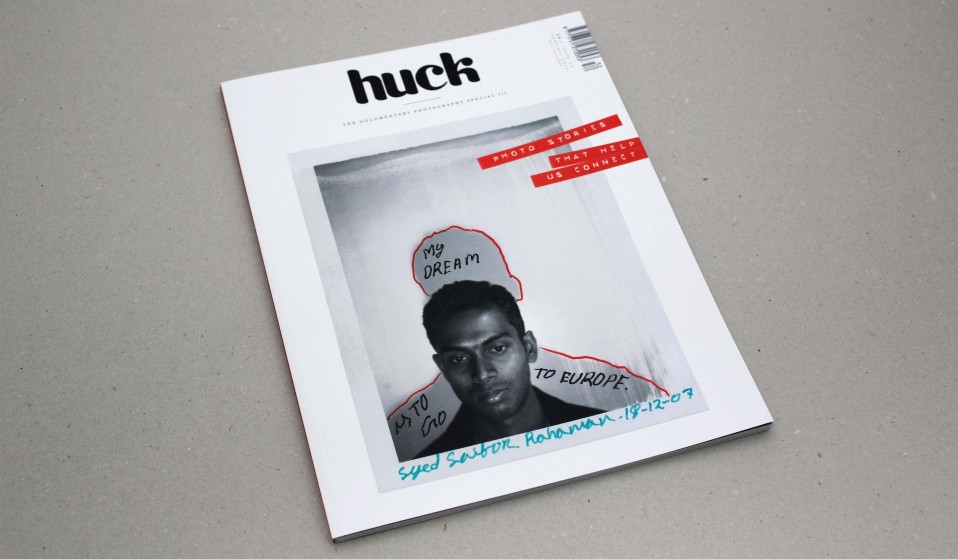 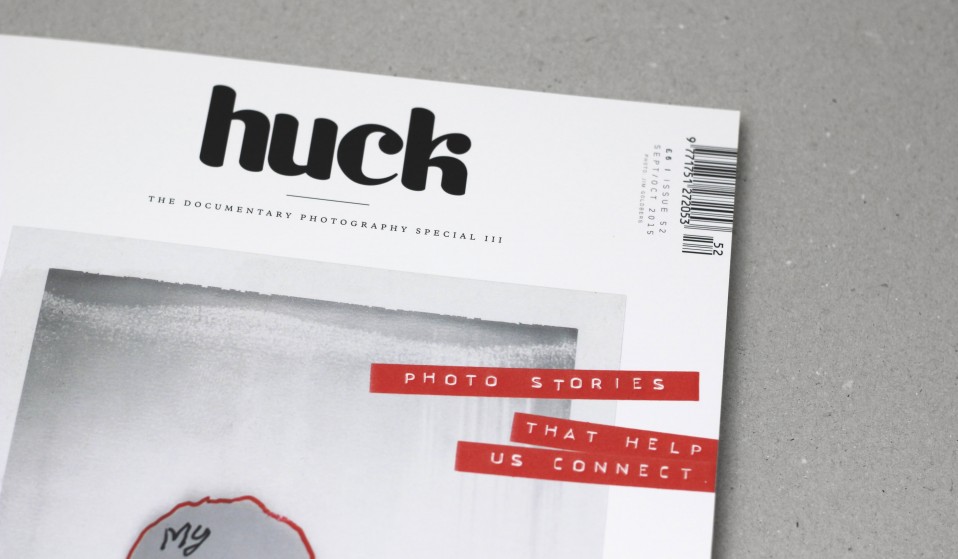 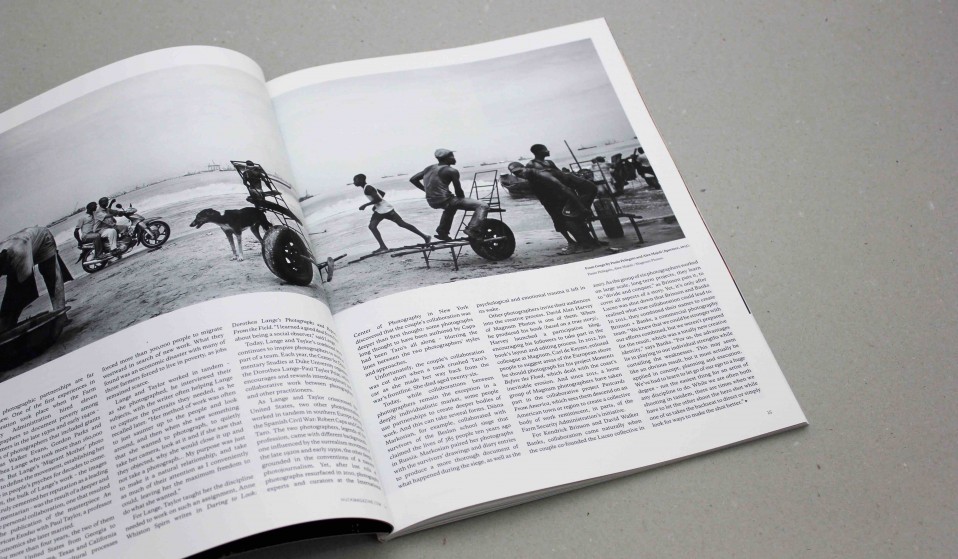 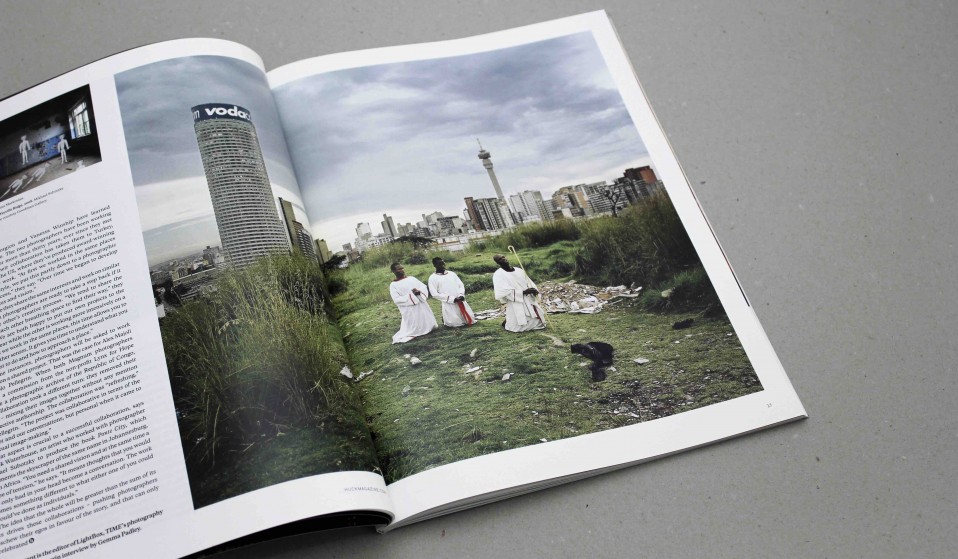 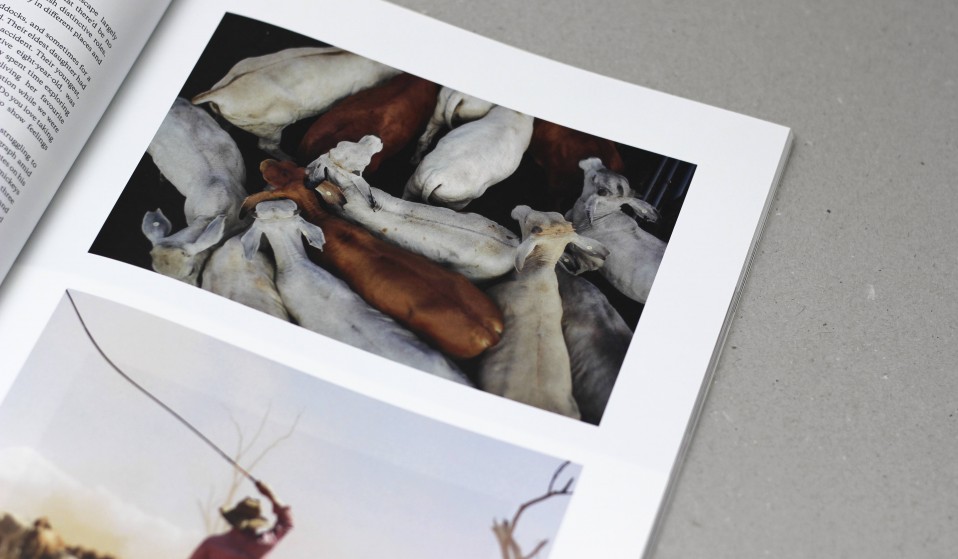 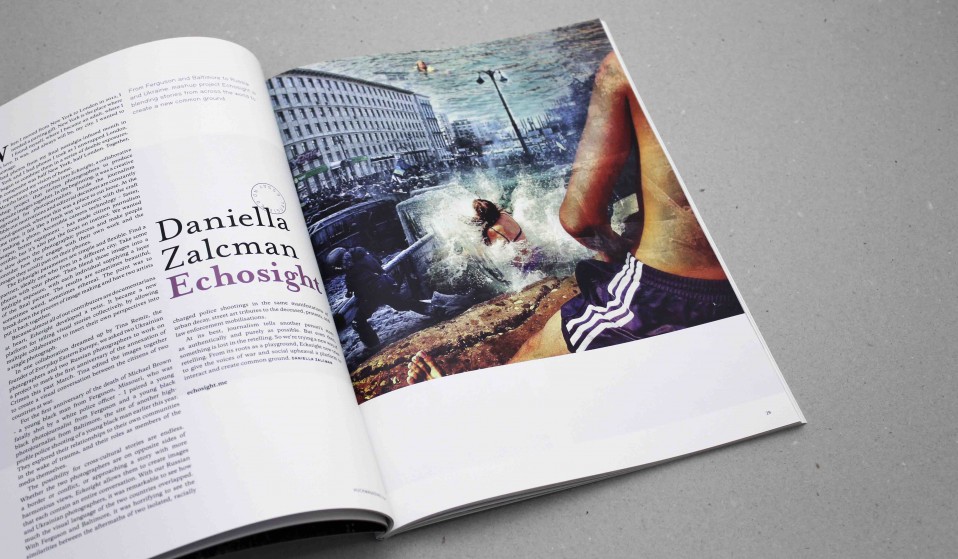 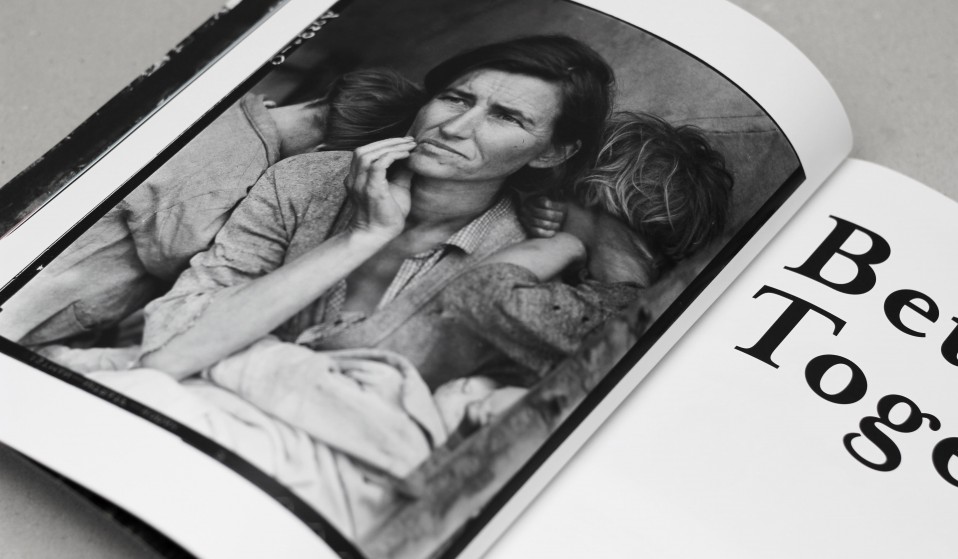 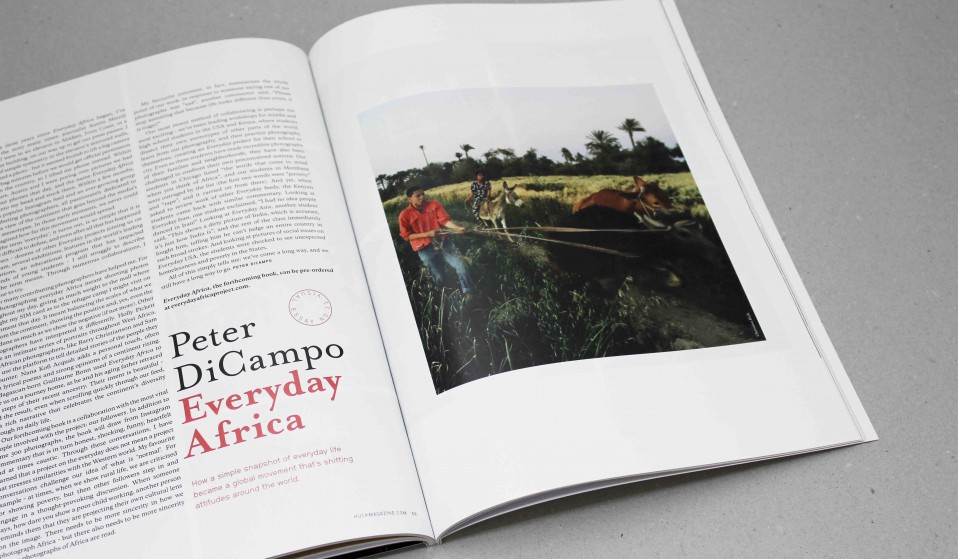 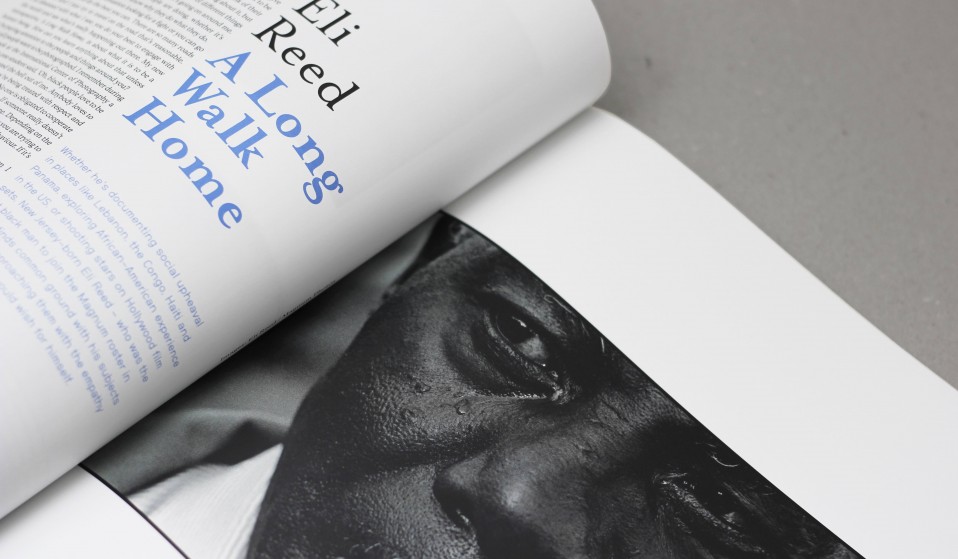 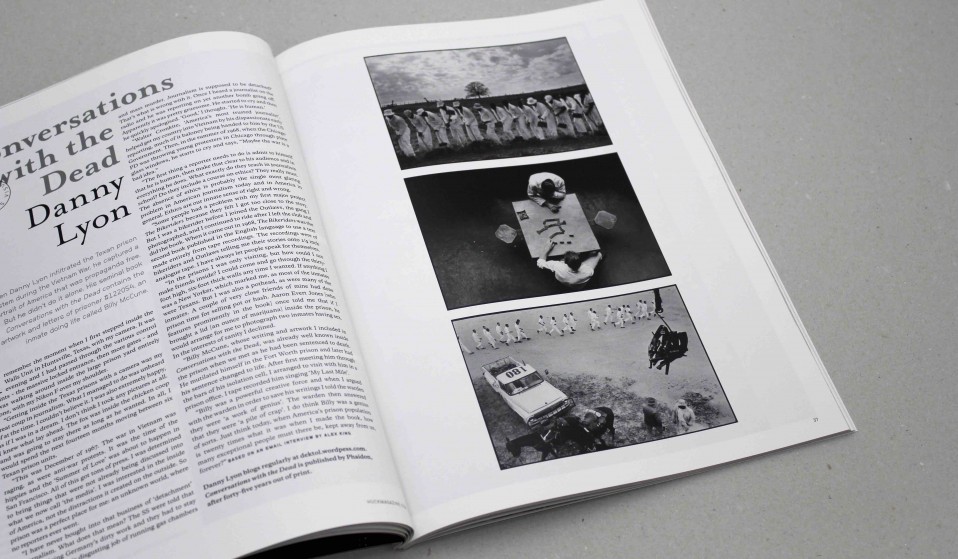 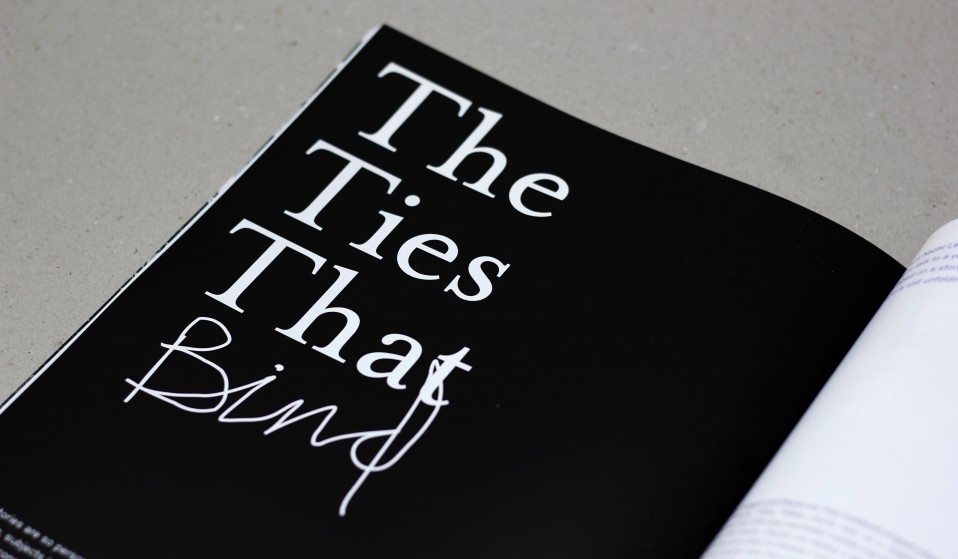 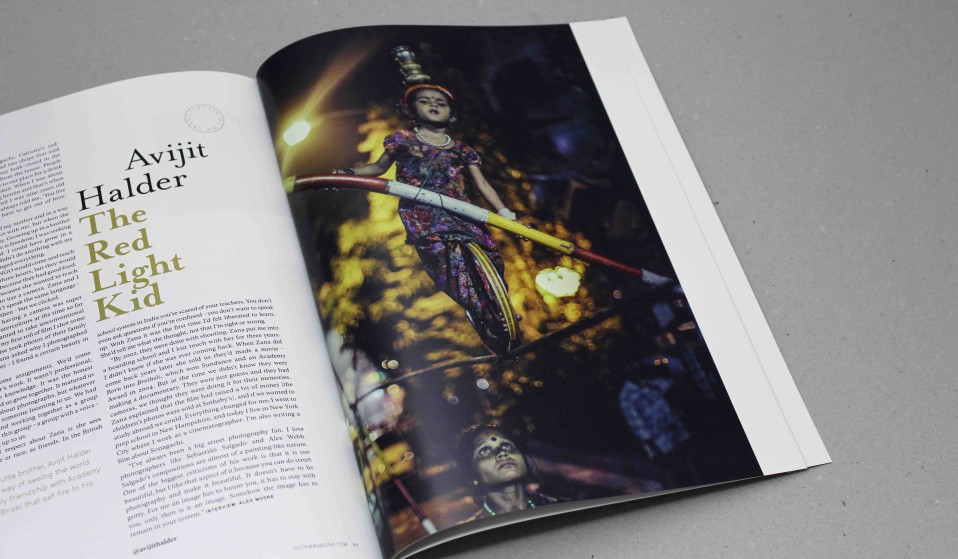 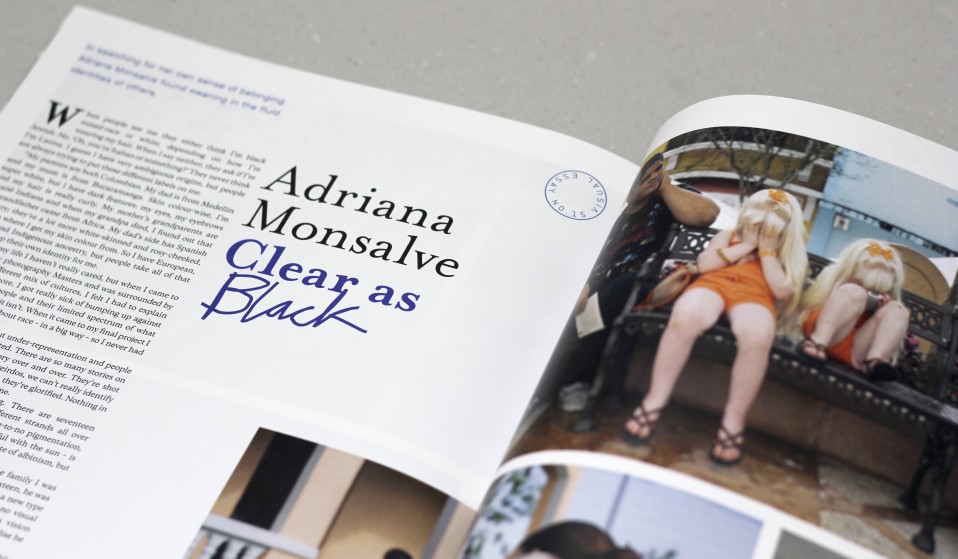 Documentary photographers have a particular kind of mission. As storytellers that start and end with the truth, they’ve made it their life’s work to pick apart the things that confound us – conflict and inequality, politics and love – and find some meaning between the cracks.

But there is no story without collaboration; from the silent exchange between subject and photographer, to more hands-on partnerships between storytellers of all kinds. Stories are shaped by the people who live them then generously handed on to be retold.

Huck 52 – The Documentary Photography Special III celebrates collaboration in its many varied forms. These are the stories that speak to us. Stories that hold our collective truth.

Better Together by Olivier Laurent: Photographers have found ways to collaborate with other people since the origins of the documentary form. Meet the ones coming together with storytellers of all kinds to find a new perspective.

Jim Goldberg – In Their Own Words: By inviting his subjects to write their thoughts all over his photographs, Magnum photographer Jim Goldberg is flipping the gaze and raising important questions about visual language and who gets to use it.

Danny Lyon – Conversations with the Dead: When Danny Lyon infiltrated the Texan prison system during the Vietnam War, he captured a portrait of America that was propaganda free.

Eli Reed – A Long Walk Home: New Jersey-born Eli Reed – who was the first black man to join the Magnum roster in 1988 – finds common ground with his subjects by always approaching them with the empathy and respect he would wish for himself.

Everyday Africa: How a simple snapshot of everyday life became a global movement that’s shifting attitudes around the world.

 Twenty Journey: Three young South Africans – Sipho Mpongo, Sean Metelerkamp and Wikus de Wet – hit the road together, in a bid to understand the land that binds them.

Anastasia Vlasova – My Ukraine: At just twenty-two, Ukrainian photographer Anastasia Vlasova has witnessed a revolution and the grief of war. But it’s the people she met – and loved – along the way that taught her the lesson of a lifetime.

Subscribe today to make sure you never miss another issue. Buy Huck 52 – The Documentary Photography Special III in the Huck Shop now.

Linkedin
RELATED ARTICLES
OTHER ARTICLES
A group of young Palestinians have found temporary freedom in the act of parkour, reimagining wreckage and ruins as a series of high-octane playgrounds.
Financial turmoil is pushing people who work in the sex industry into more dangerous and desperate situations as a means of survival.
Photographer David Corio’s archive offers a glimpse inside a revolutionary era of music and nightlife.
Birdy Chu reflects on documenting the historic moment in which the territory was formally passed back from the UK to China.
Thousands of protestors gathered in Westminster to express their sadness and fury at the fatal police shooting of a young Black man in Brixton.
Rhiannon Adam spent three months capturing an ageing society wracked by division, isolation, and the aftermath of scandal.