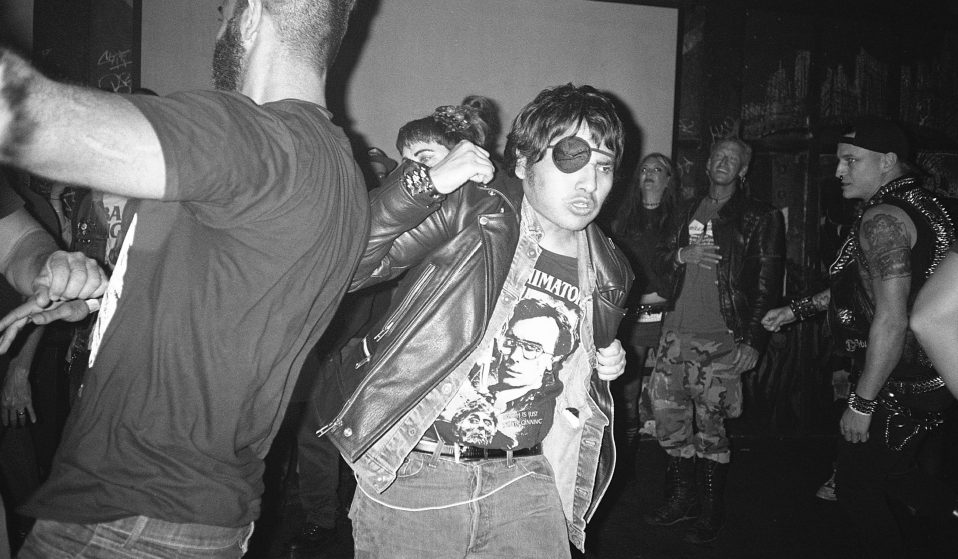 For the past three years, photographer Stefano Lemon has been documenting South Florida’s hardcore scene – an underdog movement that refuses to die.

For the past three years, photographer Stefano Lemon has been documenting South Florida’s hardcore scene – an underdog movement that refuses to die.

In 2017, when photographer Stefano Lemon found himself at one of South Florida’s notorious hardcore gigs for the first time, he ended up temporarily losing his hearing. However, the short-term impairment did nothing to dampen his enthusiasm for the scene he’d accidentally stumbled upon. From day one, he was hooked.

Originally from Rome, Italy, Stefano was in Miami for work – scouting locations for a documentary about its 1950s jazz scene. The days were long and laborious, so when it came to clocking off, he was often in the mood to unwind. Having been brought up on punk rock – “I was the kind of guy who would spend his afternoons strumming his guitar in the garage, imagining I was part of some famous band” – live music seemed like the obvious way to do that.

After a brief stint searching for gigs online, he quickly learned of Florida’s historic relationship with hardcore. Since the ’70s, the state had been home to a wild DIY movement, celebrated for its ability to continually produce quality acts. Generally faster and more aggressive than other forms of punk rock, the genre grew in conjunction with the rise of independent labels that decade, as well as a renewed focus on a DIY attitude in underground music scenes. 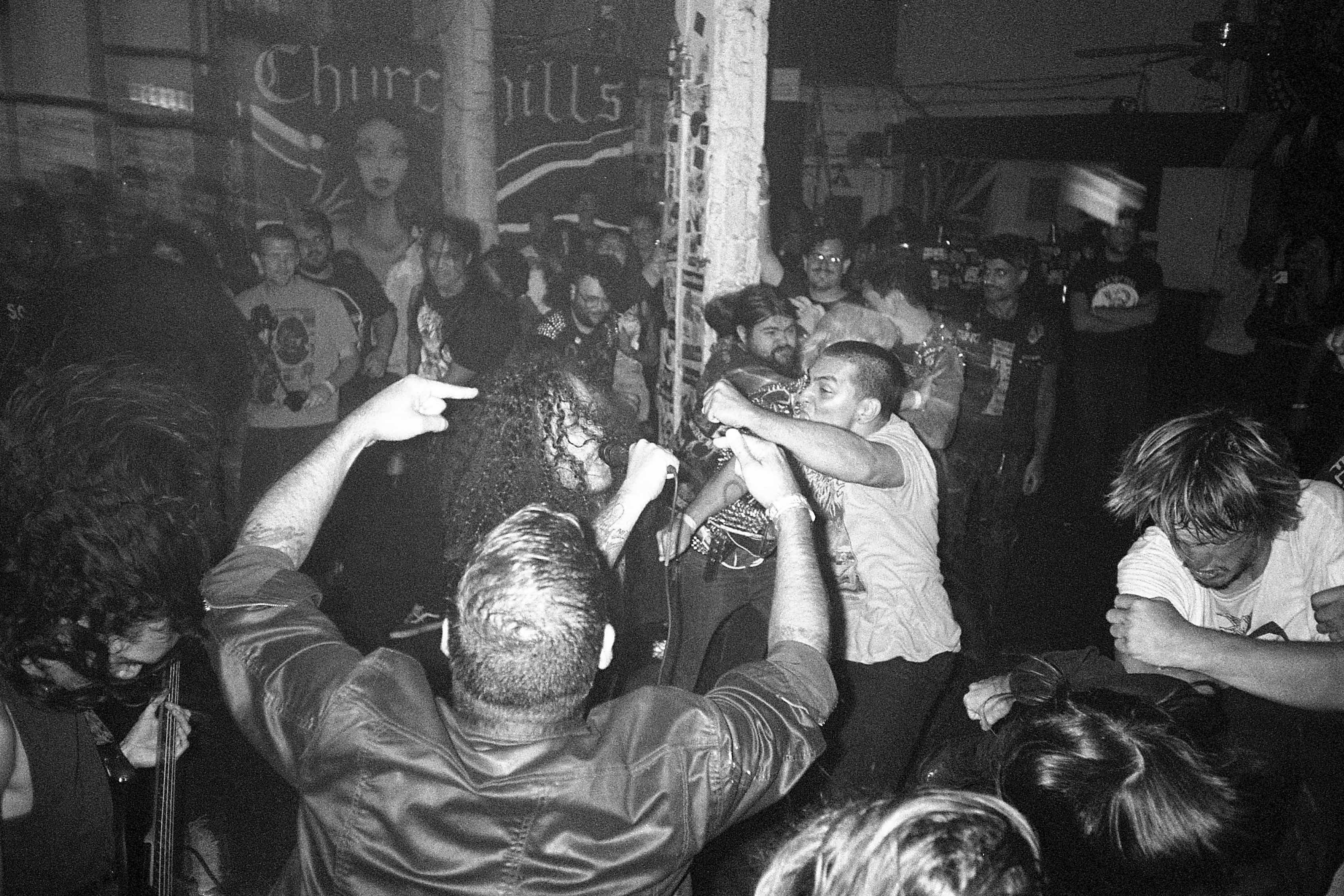 Stefano began venturing down to some of the venues he’d read about, where he quickly met key figures from the scene. One of them was a guy named John McHale, who ran Eighty-Sixed Records, an indie label that only released music from local hardcore bands. He suggested that Stefano attend a show at Space Mountain – a small grassroots space in the neighbourhood of Liberty City –  where some acts were performing that evening. When he arrived, he found a tiny room full to the brim.

“Each group had approximately 15 minutes to perform,” Stefano says, full of excitement as he recalls the evening. “Everybody brought their own instruments, speakers, props, beers – do it yourself at its finest. But this genre sweeps you in like a hurricane. It’s something so powerful and primeval, it grabs you at many levels. If you are not able to handle it, just stay away. It’s not for everybody!”

His ears still ringing the next day, he knew he had to go back and start taking pictures. The scene he’d witnessed – snarling and full-blooded – was unlike anything else he’d seen before: flailing bodies, drenched in booze and sweat, crashing into each other to the soundtrack of punk at its most brutally high-octane. But despite the intensity of the night, what shone through most for Stefano was the tangible sense of togetherness shared between everybody involved. “It mixes from many different subcultures,” he says. “It’s a beautiful melting pot… a vibrant multitude of outsiders and misfits.” 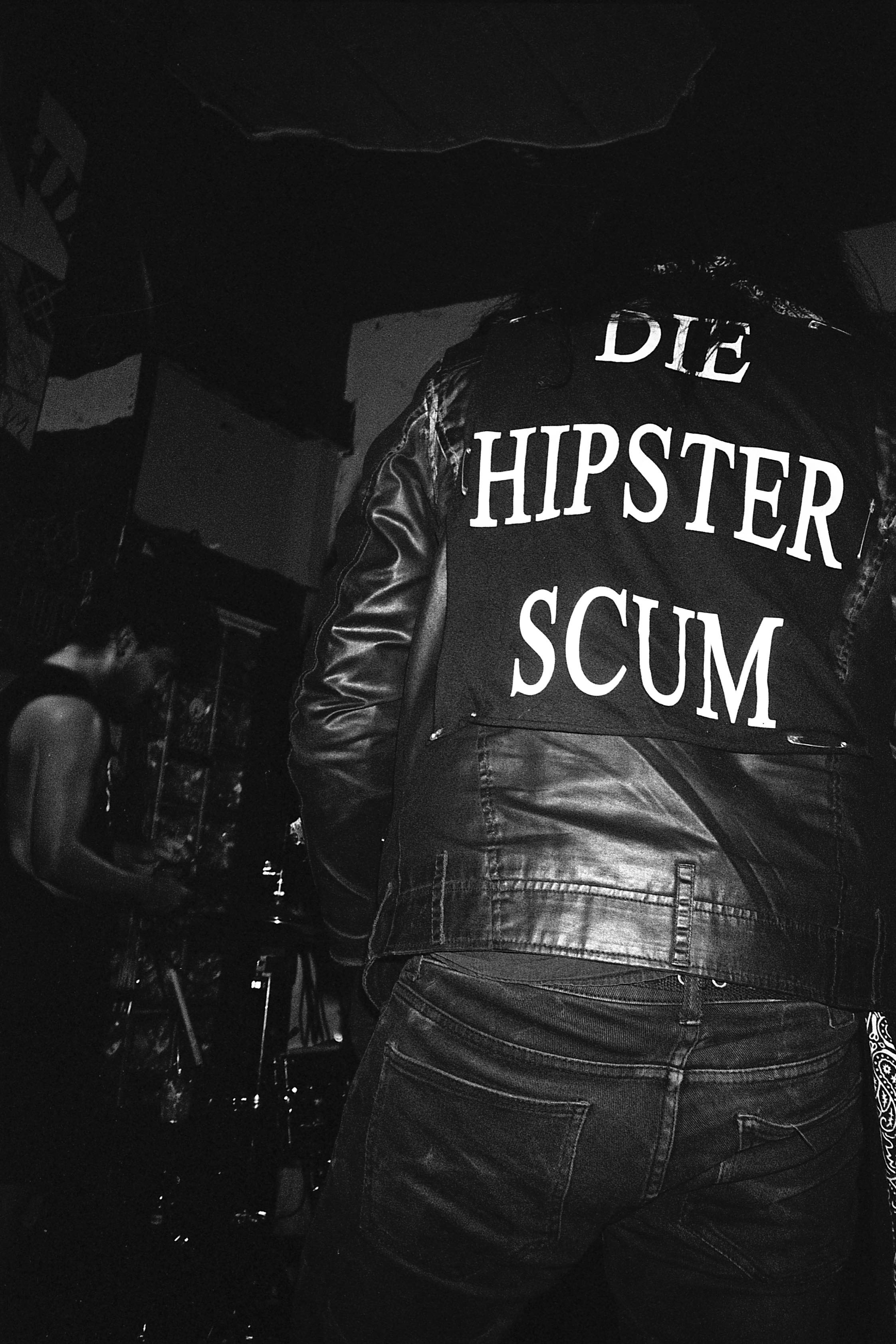 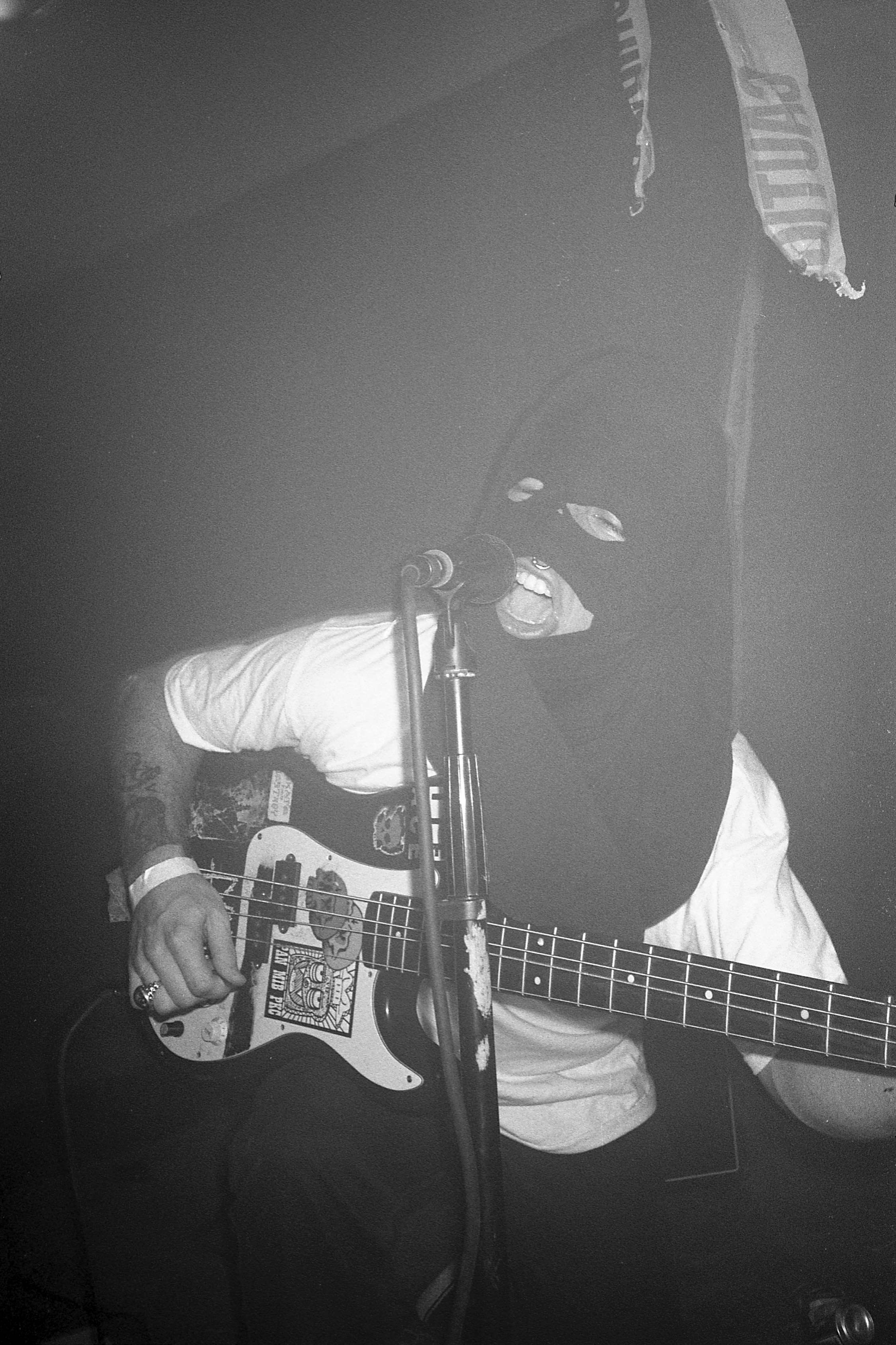 Much of that unity stems from the fact that the South Florida scene is often fighting just to stay alive. The gentrification of neighbourhoods means that venue closures are commonplace, while the lure of larger scenes in cities such as New York, Boston and LA can often prove too difficult to ignore for local acts. The fact that it’s much harder to sustain an independent label nowadays than it was half a century ago is no secret, either. But in the shadow of vapid superclubs and luxury condos, the South Florida scene endures. “When you think of Miami you imagine spring break, clubs, palm trees, and white beaches. Maybe this ‘secrecy’ is what keeps hardcore alive and authentic.”

Fast-forward to the present day and Stefano estimates he’s attended around 100 gigs. The archive of photos he’s accumulated along the way depicts an underdog movement thriving against the odds. From punk kids swinging their arms in the middle of the mosh pit to artists performing in balaclavas, followed by leather-clad bikers, tired and achy, exiting the scene on two wheels at the end of the night, his work captures the entire spectrum of characters that exist within the tight-knit community. “I was delighted to see so few people making stories with their phones. Sometimes I was the only one there actually taking pictures.” 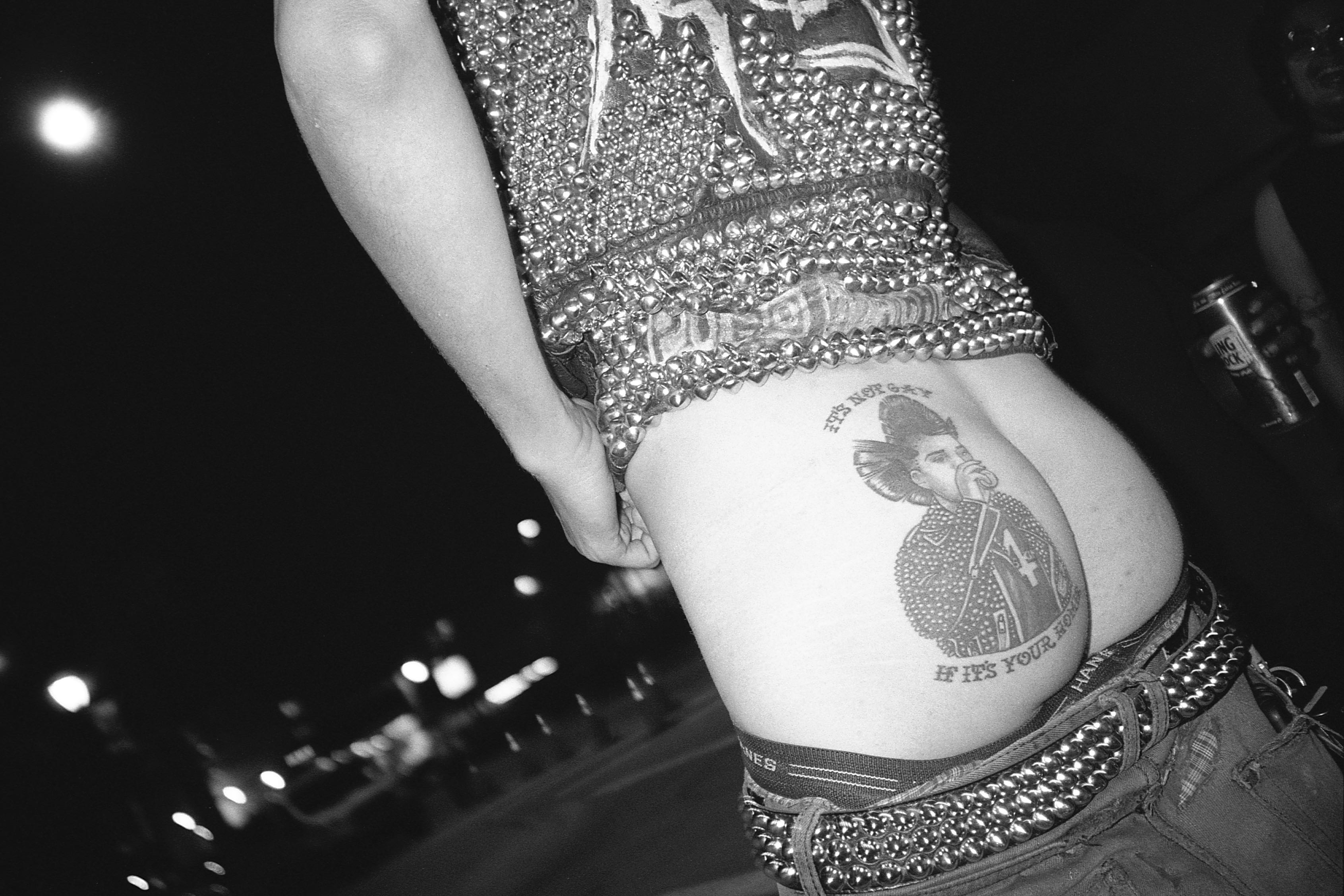 While it’s been a little while since his last visit, he’s planning on returning to take more photos towards the end of this year – safe in the knowledge that, in spite of everything, the scene will find a way to keep going. He believes its refusal to go quietly is emblematic of the values that uphold it. In that sense, for Stefano, the South Florida hardcore scene is a throwback to a simpler time.

“The people here don’t care, they just want to enjoy themselves and share the sensation of being part of something. When I show people the pictures, they think they belong to some ‘80s and ‘90s photo archives. They can’t believe it’s South Florida in 2018. It’s like looking at the past for them.” 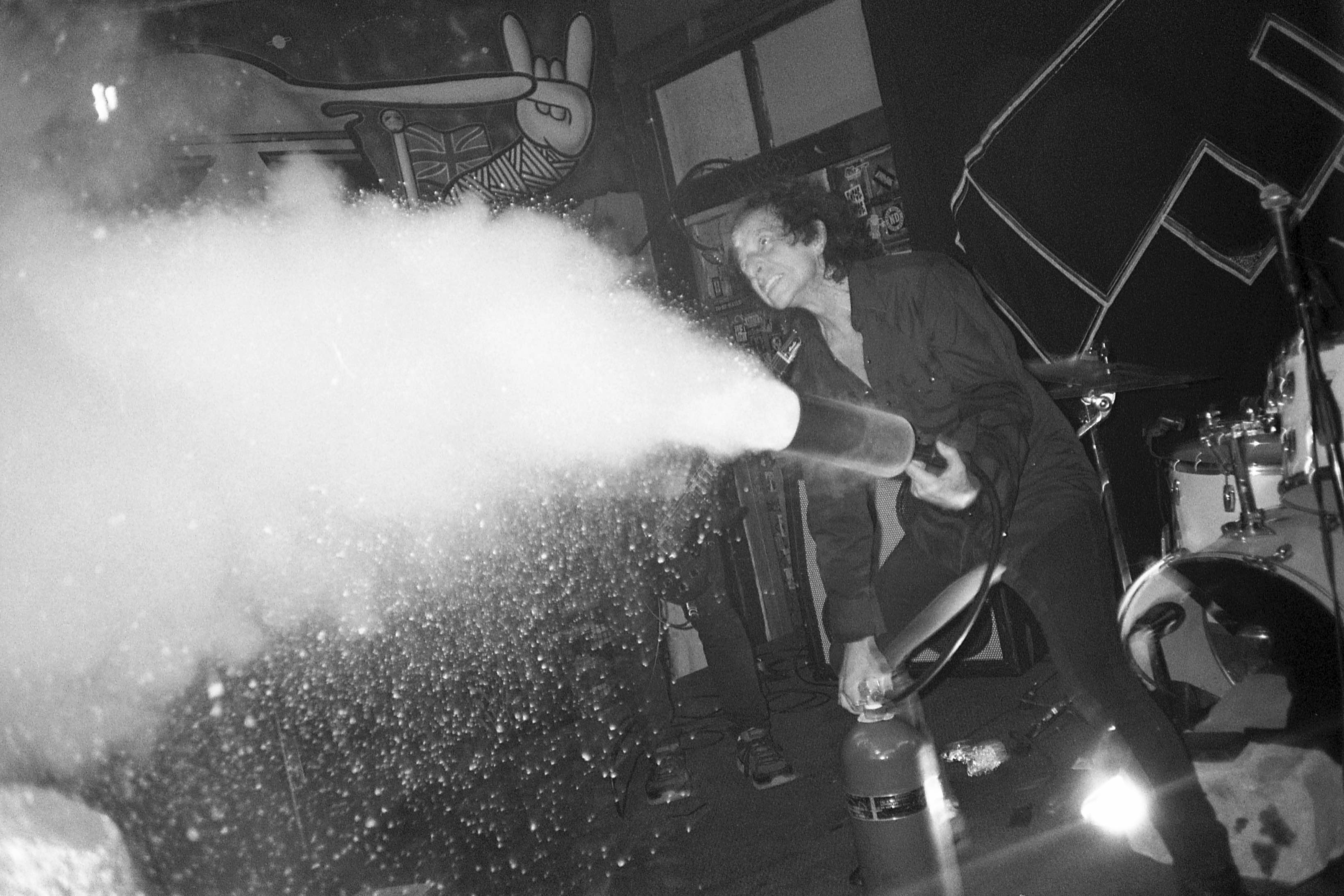 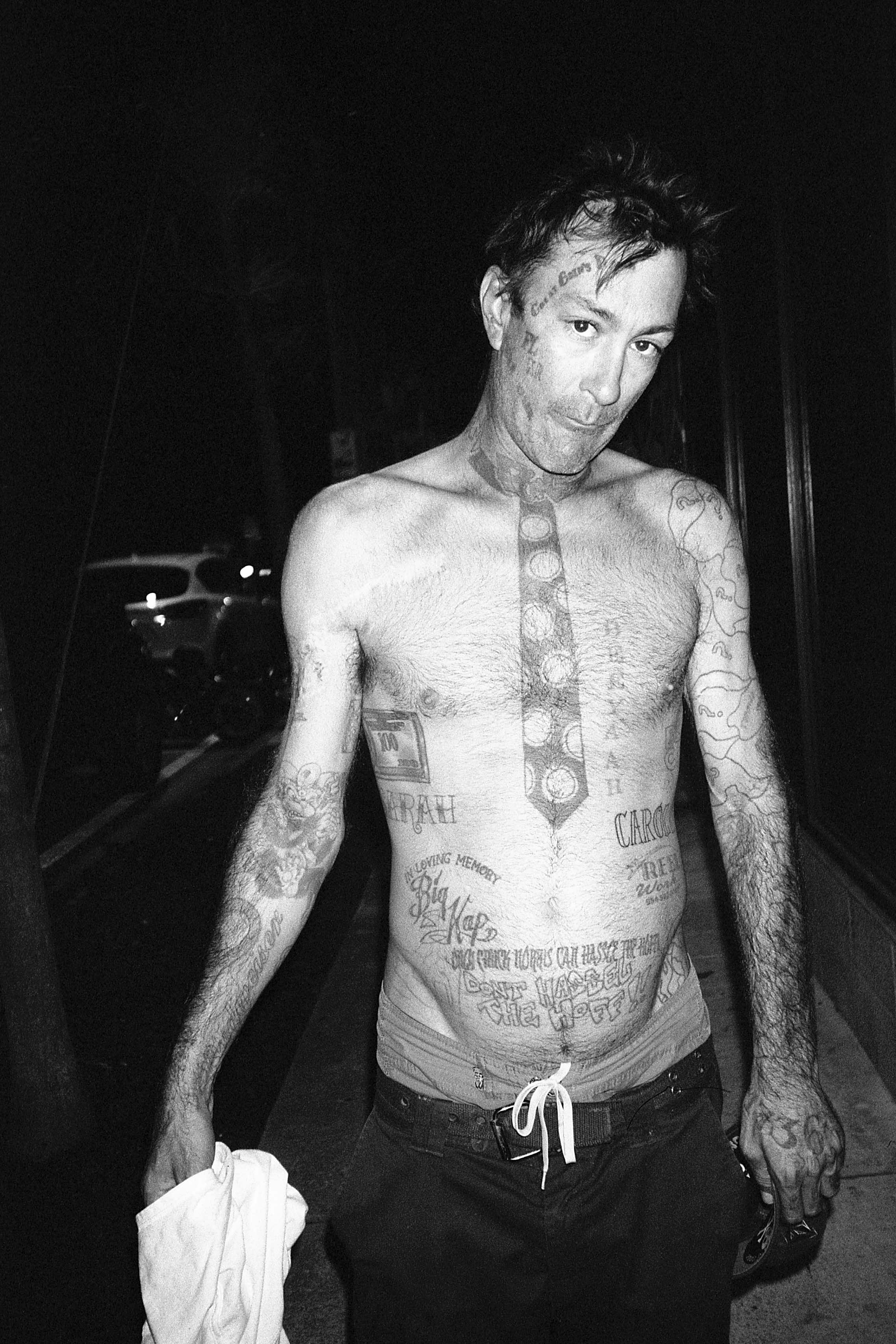 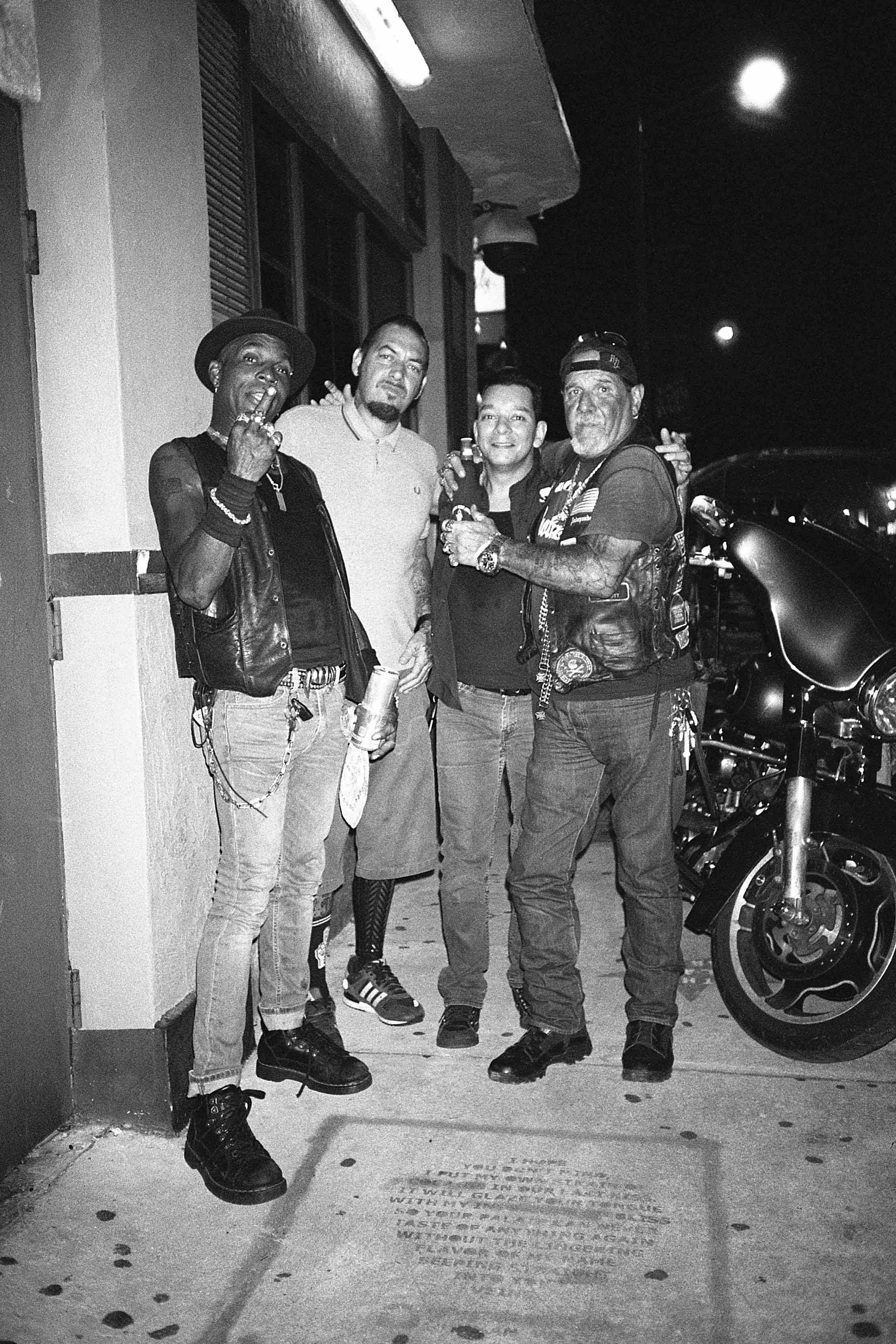 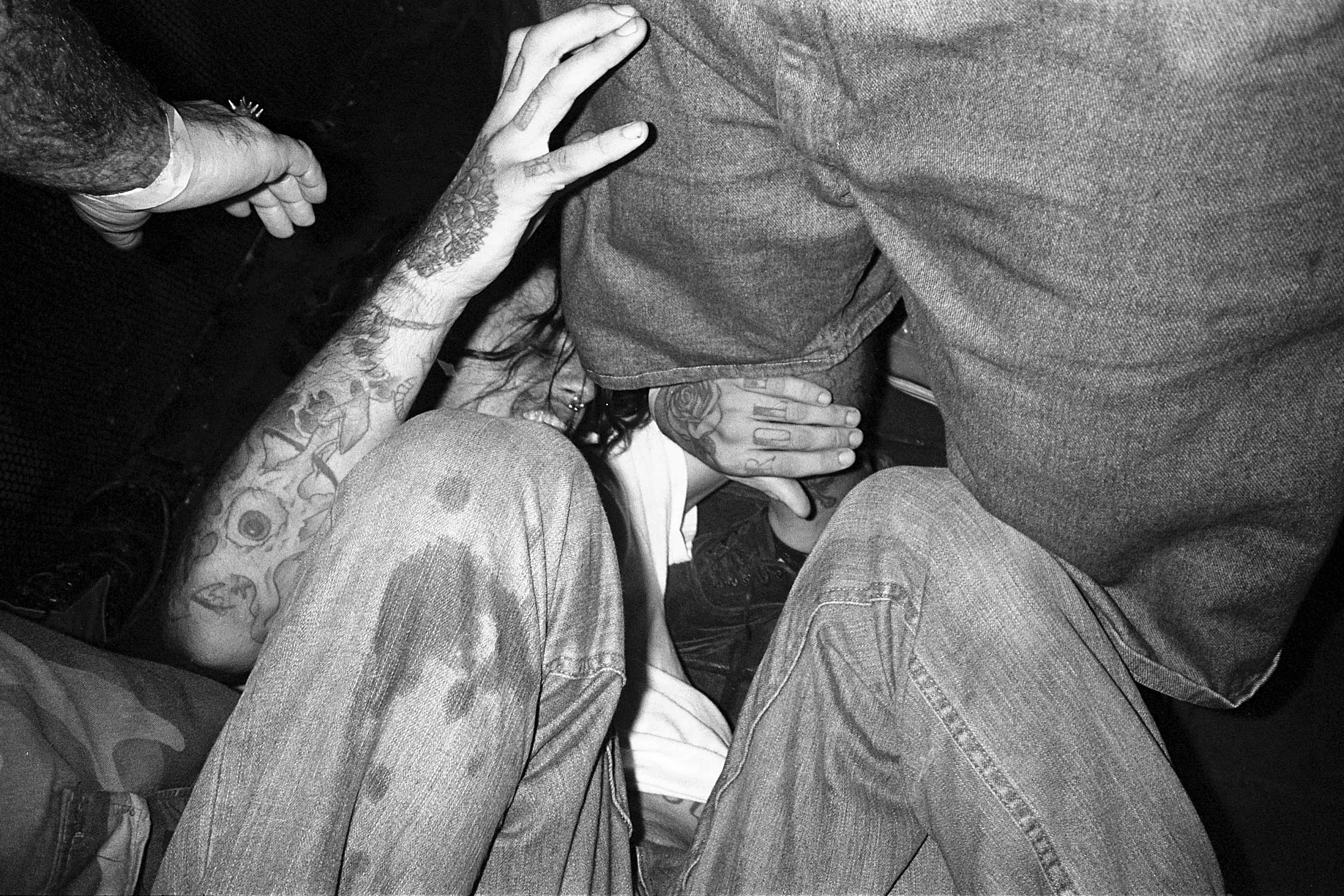 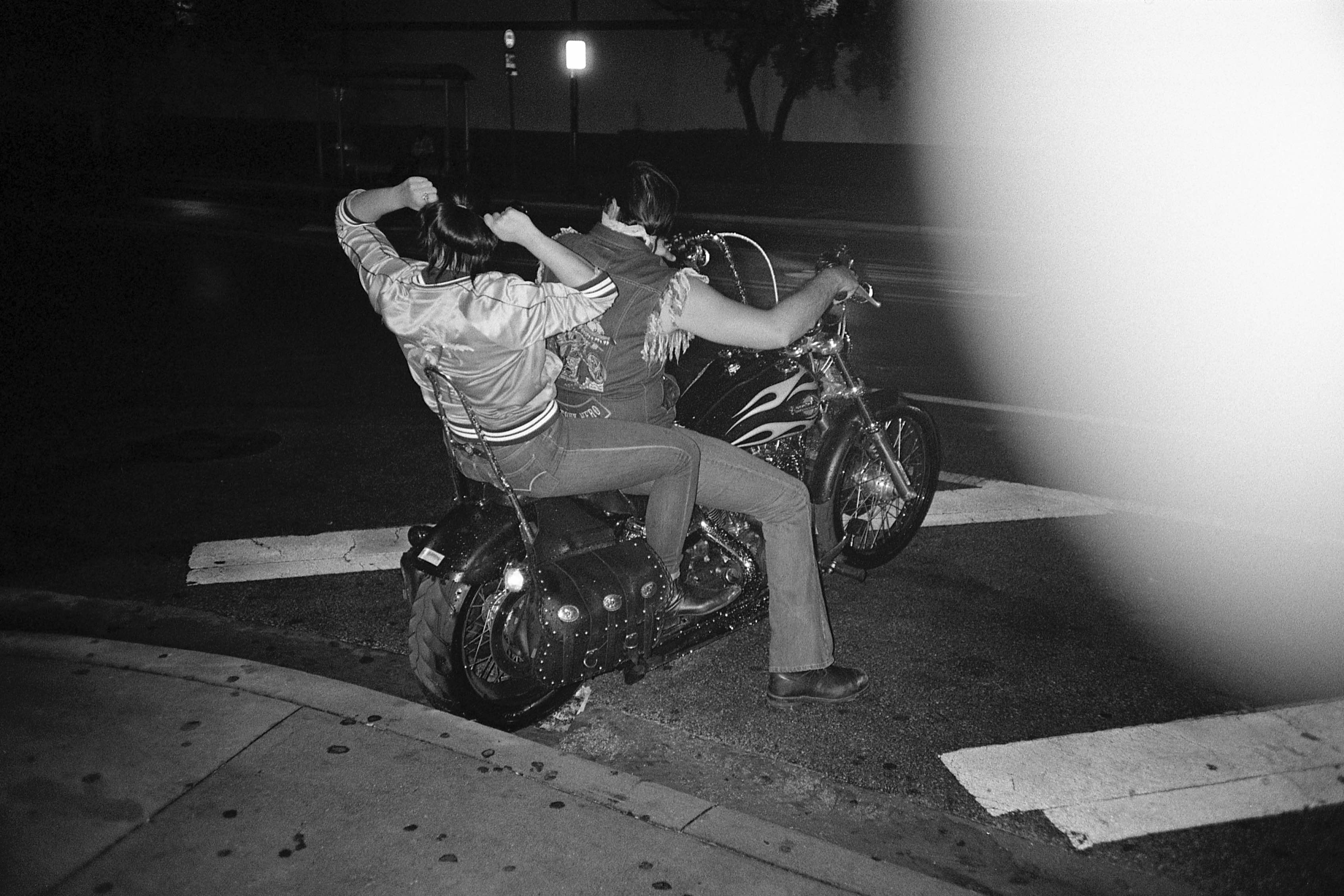 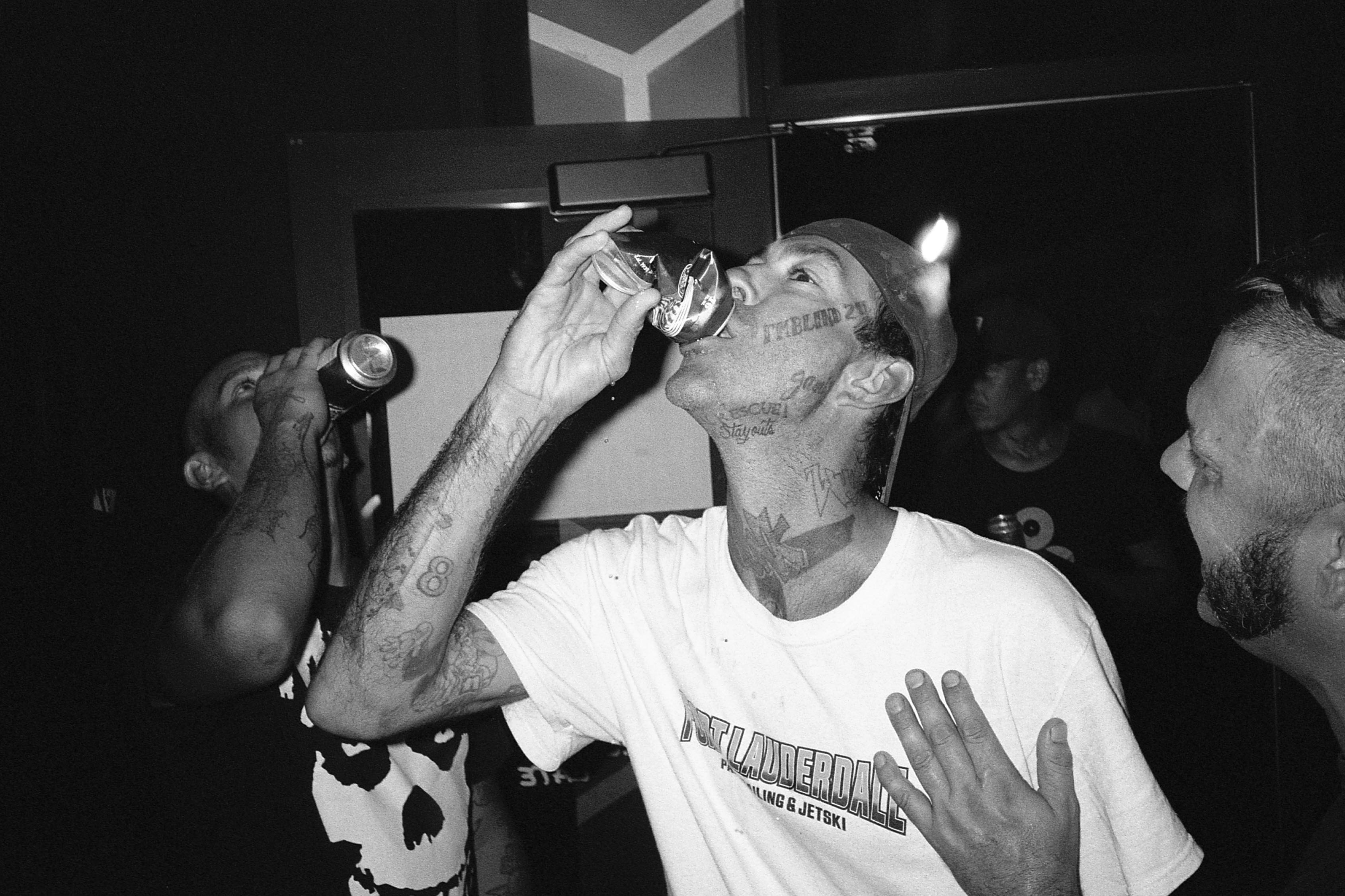 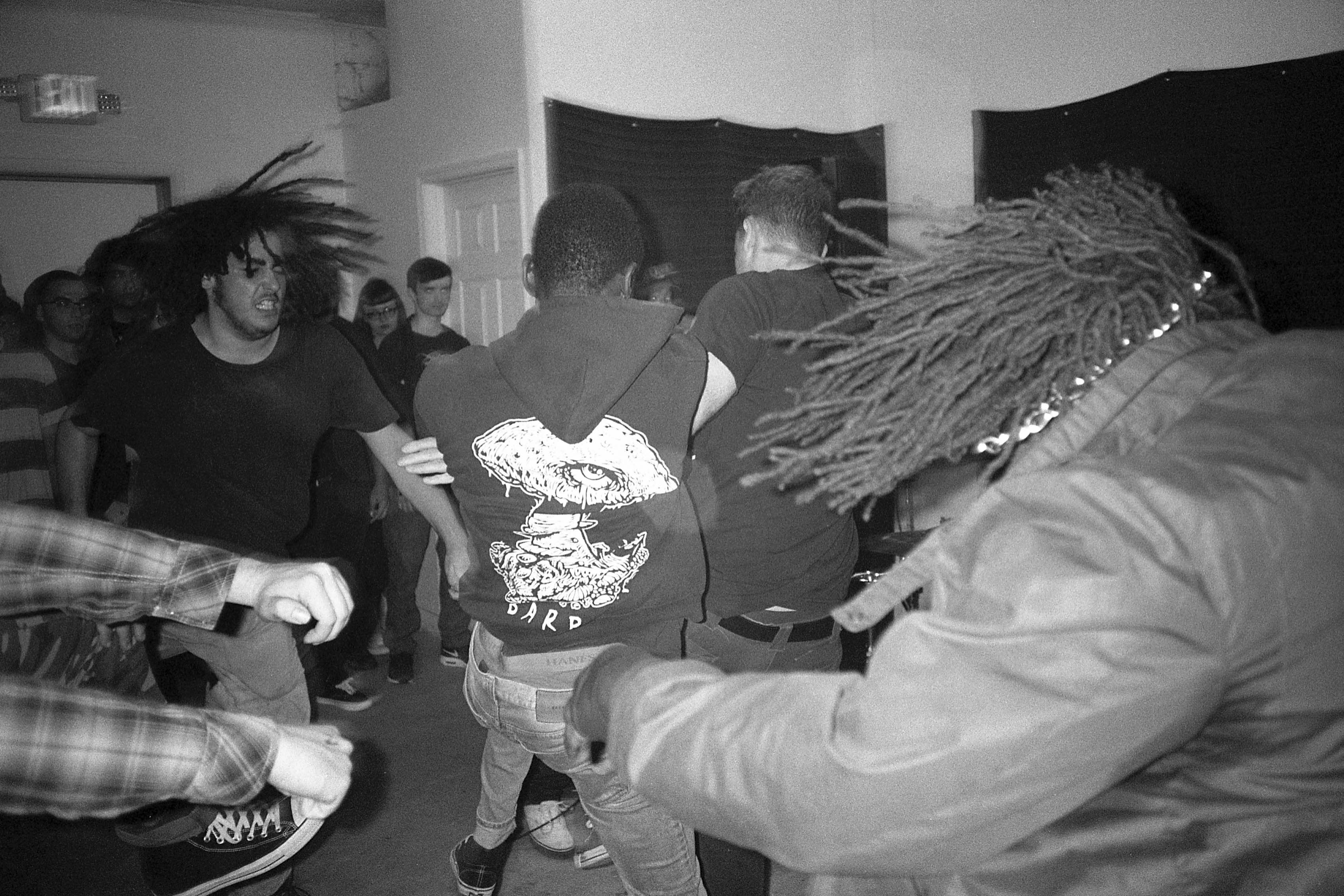 Find out more about Stefano Lemon’s work on his official website.

Linkedin
RELATED ARTICLES
OTHER ARTICLES
Over the weekend, London locals came together to resist a pre-planned police raid targeting delivery drivers.
The government’s failure to take long Covid seriously has led to the formation of a group campaigning for the thousands of forgotten victims of the illness.
With their latest capsule collection, SCRT have constructed their own mythology, based on the story of a fictional meteor shower that hit a small Scottish town.
Photographer Phyllis Christopher recalls capturing sex and protest at a time when the city had become a haven for the queer community.
Shifting the focus from the cost of living crisis to tackling obesity while many starve or freeze is farcical and pointless, writes Fatzine founder Gina Tonic.
Writers Matt Foot and Morag Livingstone explore how four decades of collusion between the government and the police have slowly eroded our right to protest.