Art & Culture / Photography / The greatest struggles and subcultures of the 1960s 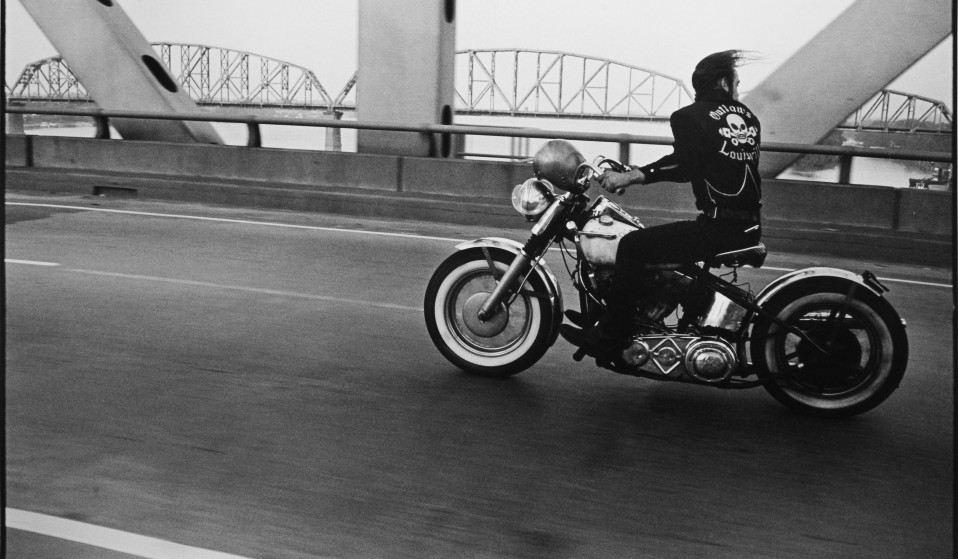 Danny Lyon pioneered a new form of photojournalism in the 1960s, getting deep with his subjects and seeing the world through their eyes: in prisons, biker gangs and in the Civil Rights Movement.

Danny Lyon pioneered a new form of photojournalism in the 1960s, getting deep with his subjects and seeing the world through their eyes: in prisons, biker gangs and in the Civil Rights Movement.

“I have always let people speak for themselves,” said Danny Lyon upon the re-release of his groundbreaking study of the Texas prison system at the height of the Vietnam war, Conversations with the Dead.

A self-taught photographer, Danny’s empathetic approach to his subjects and his willingness to immerse himself in their lives helped birth a style that would come to be known as New Journalism. He’s best known for seminal work made during the 1960s on the Civil Rights Movement, American biker culture and the Texas prison system – struggles and subcultures he threw himself into with full force.

Danny’s impassioned connection with the stories he chose to document tirelessly brought him in line for criticism from the old guard, who believed journalists should remain detached and not get too close to their stories.

“I have never bought into that business of ‘detachment’ in journalism,” Danny told Huck. “What does that mean? The SS were told that they were doing Germany’s dirty work and they had to stay detached from their disgusting job of running gas chambers and mass murder. Journalism is supposed to be detached? That’s what is wrong with it.” 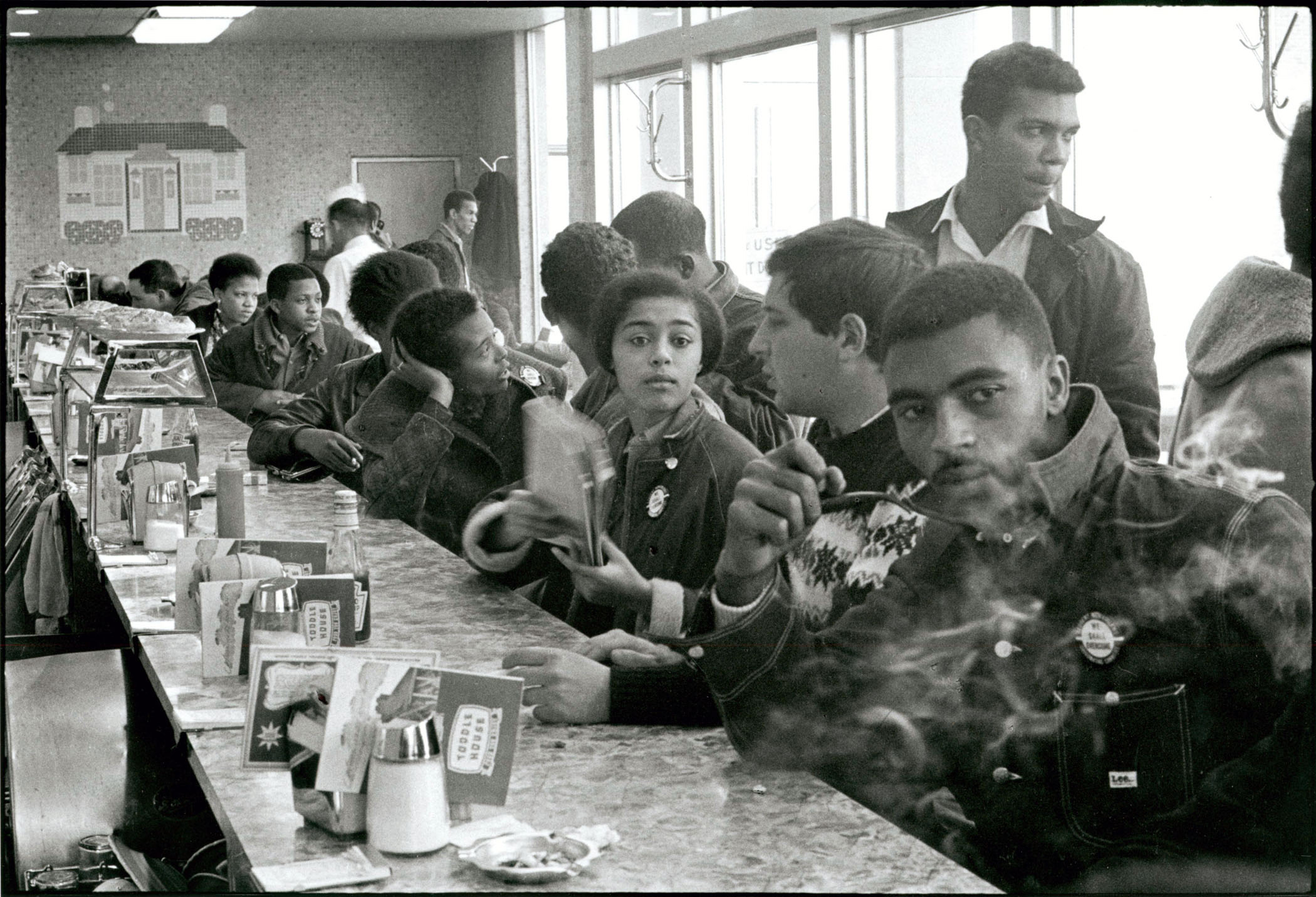 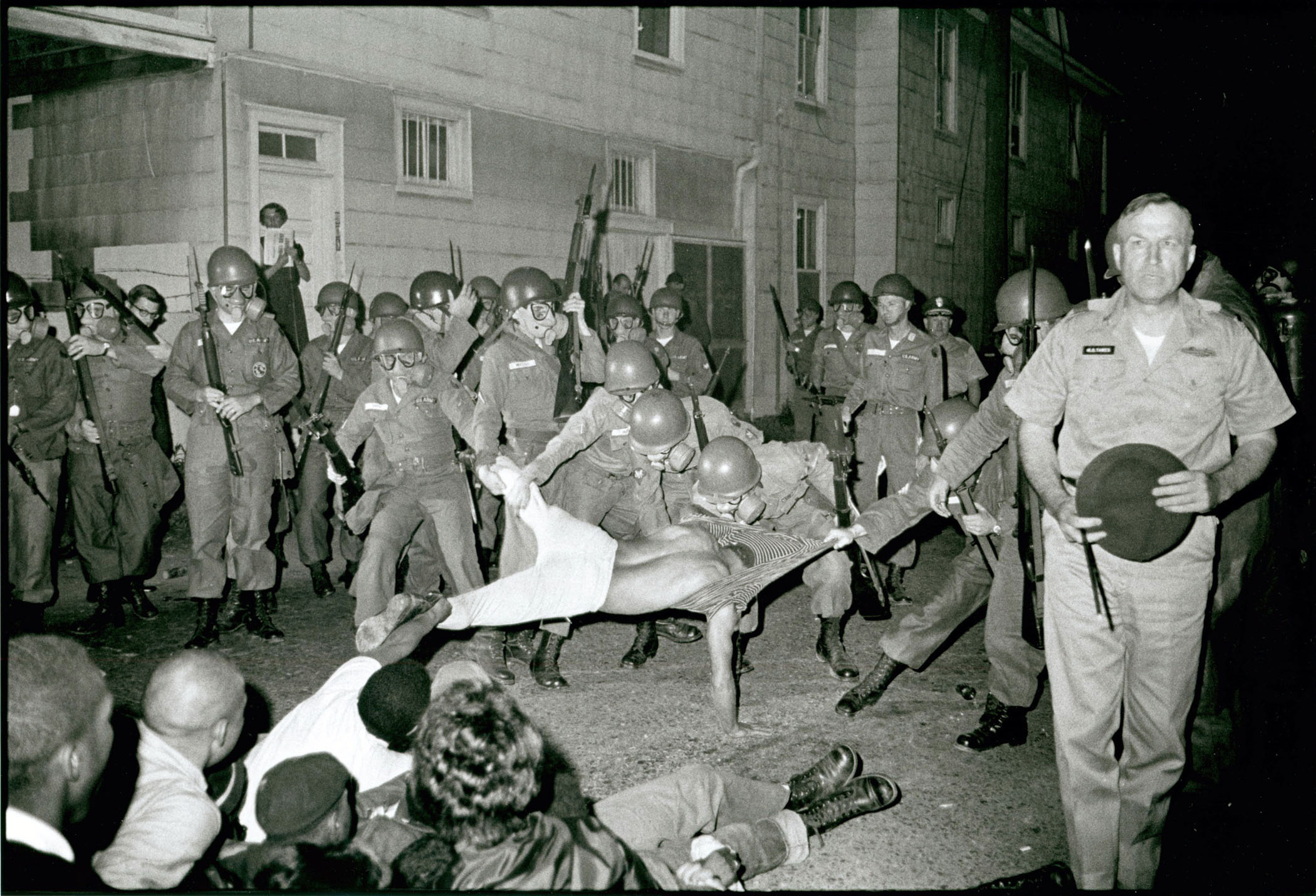 Born in Brooklyn in 1942, Danny made his name with photographs of the Civil Rights Movement in the early 1960s, a cause he was firmly behind. During the break after his first year at the University of Chicago, he hitchhiked to Cairo, Illinois, and joined the marches and protests organised by the Student Non-Violent Coordinating Committee (SNCC), including a protest at a segregated swimming pool.

Over the next two years, he travelled around the South taking photographs for the SNCC and captured many of the Civil Rights Movement’s defining moments. Danny intended for his images to sway public opinion on the black freedom struggle and contributed towards fundraising efforts through the sale of his work. 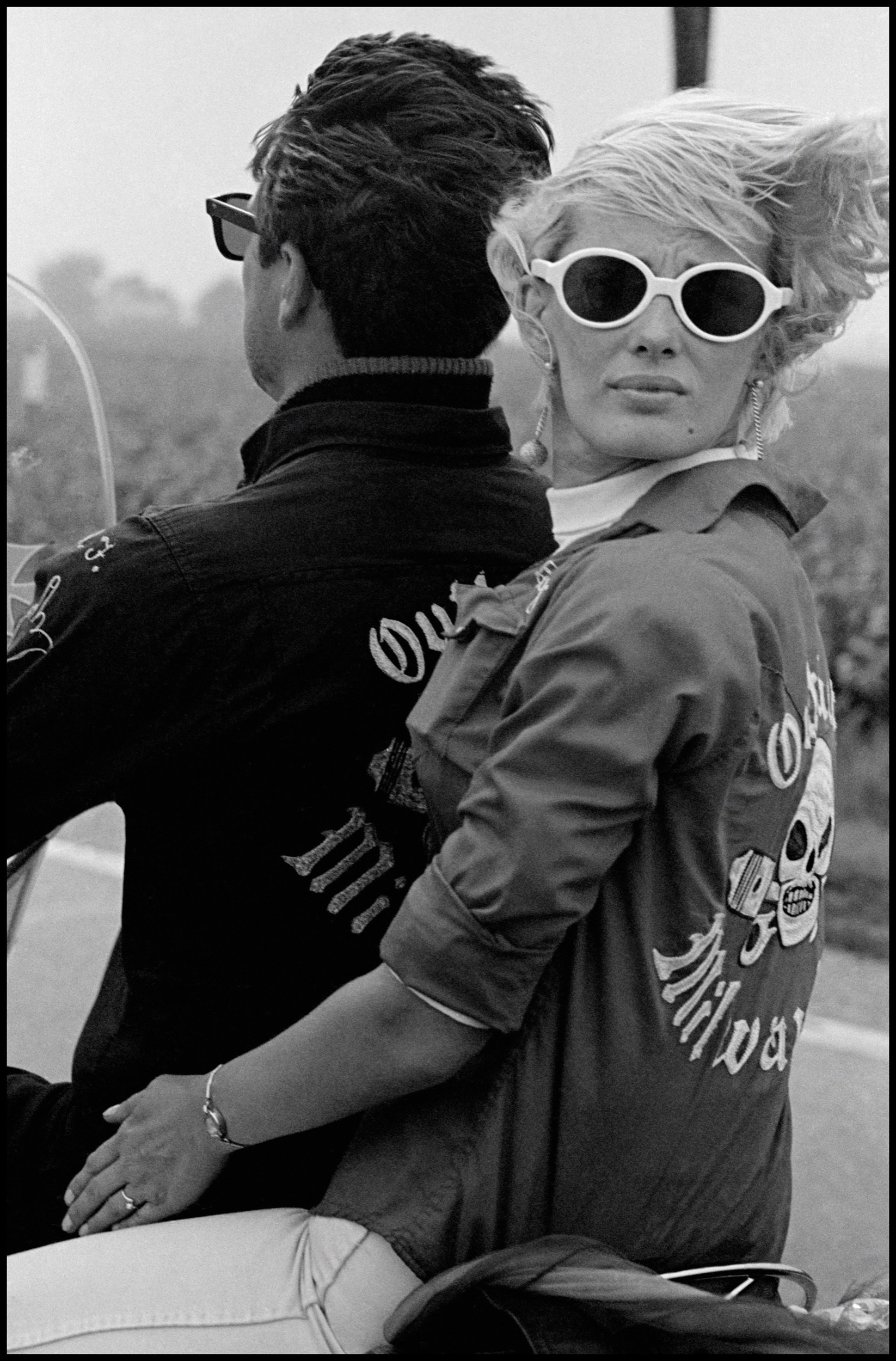 At a time when bikers were marginalised by the public and vilified by the press, Danny set out on the open road to explore biker culture in the American Midwest, and immersed himself in the Chicago Outlaws Motorcycle club between 1963 and 1967.

“Some people had a problem with my first major project, The Bikeriders because they felt I got too close to the story,” Danny says. “But I was a bikerider before I joined the Outlaws, the gang I photographed, and I continued to ride after I left the club and did the book.”

His photographs show the club members, who became his friends, racing, working on their machines and riding with their wives and girlfriends. Published in 1968, the book included transcripts of Outlaws and other bikers telling him their stories onto 1⁄4 inch analogue tape. 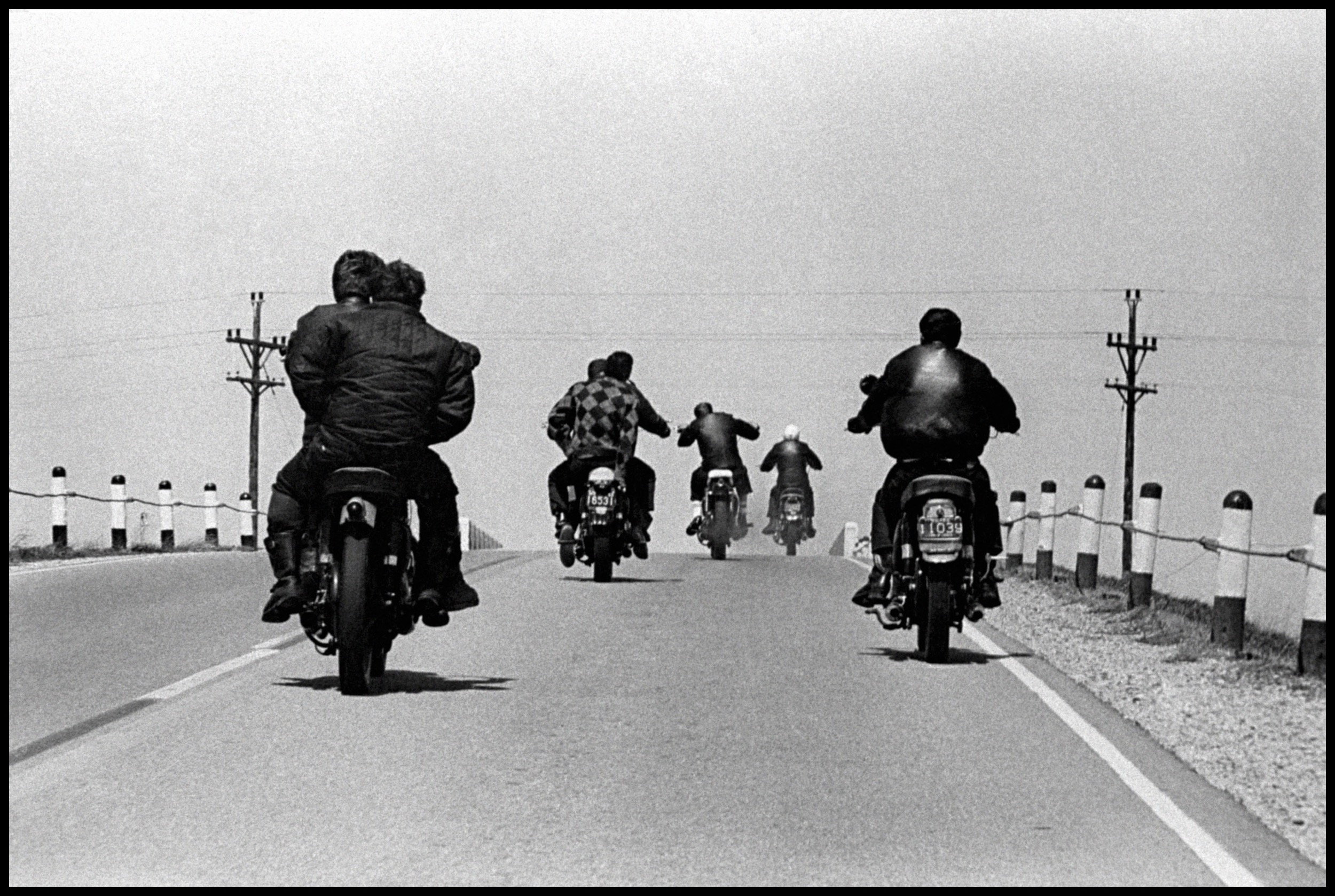 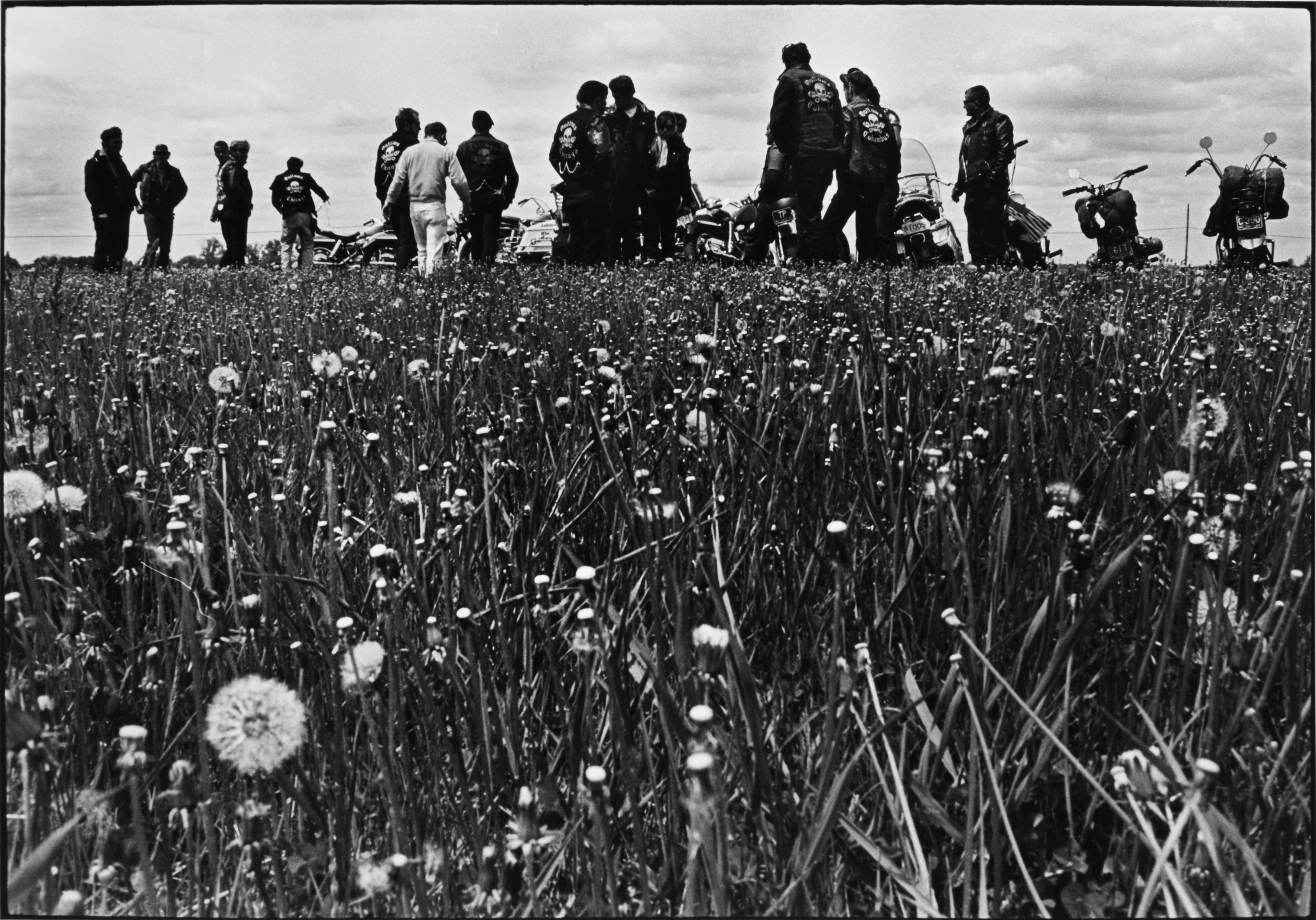 In December 1967, Danny stepped inside the Walls Unit prison in Huntsville, Texas. “It was evening and I had passed through the various control points, the massive locked entrance, then more gates and I was walking around inside the large prison yard entirely alone, with my Nikon F over my shoulder,” he remembers. “The fox was inside the chicken coop and was going to stay there as long as he wanted.”

At the time, the Texas prison system was still based on a format created during slavery, with inmates segregated and where officers and guards took on the role of all-powerful gods. Danny was determined to put the issue of prisons on to the agenda and convinced the Texas Department of Corrections to grant him unchecked access to all aspects of the prisoners’ lives. 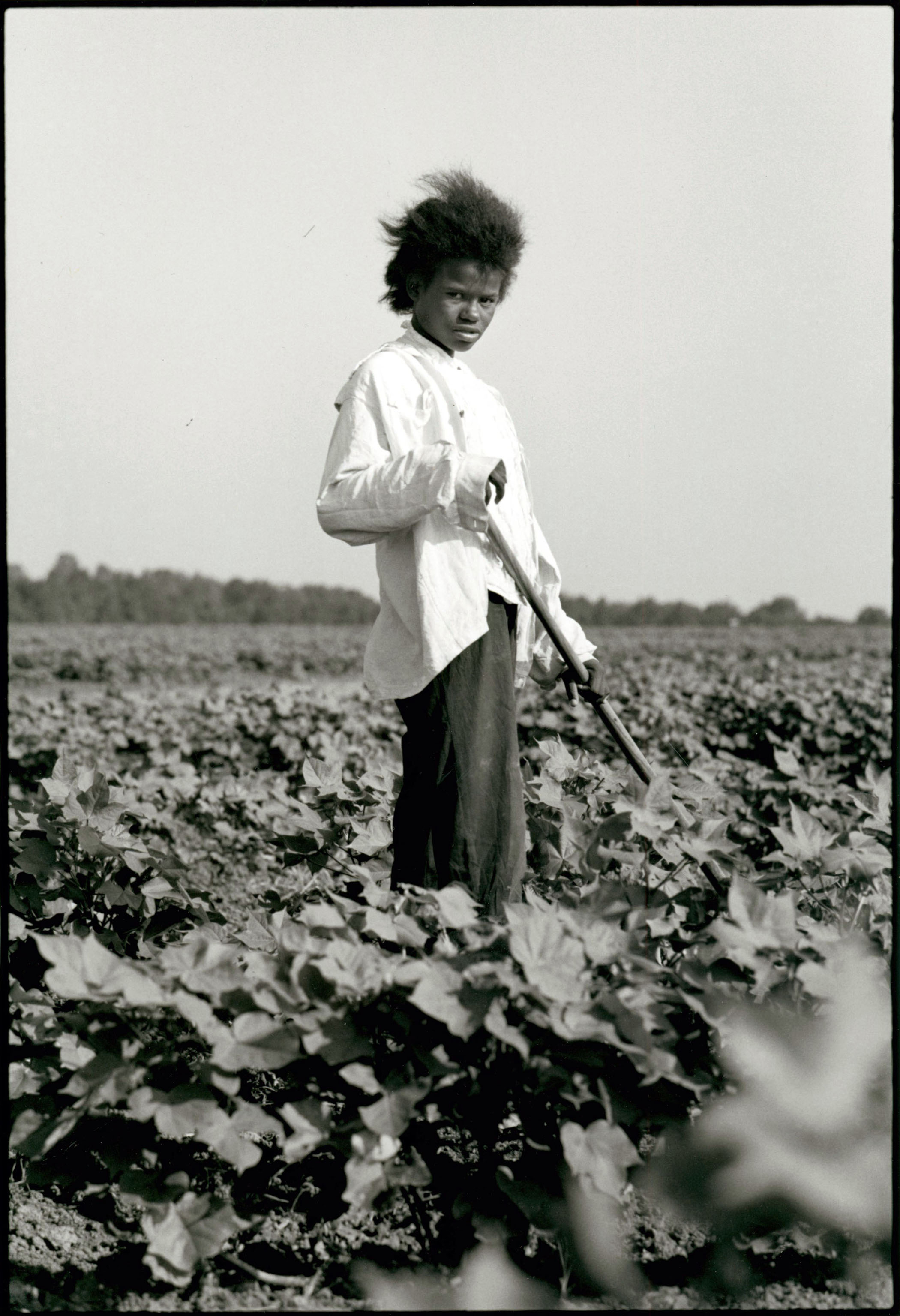 He grew incredibly close to a number of prisoners, notably Billy McCune, whose drawings and writings he used extensively in the book, full title: Conversations with the Dead: Photographs of Prison Life with the Letters and Drawings of Billy McCune #122054.

“I made my text from mug shots, reports, telegrams, and handwritten letters,” Danny writes in the epilogue to Conversations with the Dead. “I simply did not believe I could convey the reality of the prisons through my own writing alone. I wanted to drag the reader in with me. I wanted to put the reader through what I was experiencing emotionally. I wanted it to be real, and I became convinced that the best way to do that was to use these documents and count on the basic humanity of my readers to respond.” 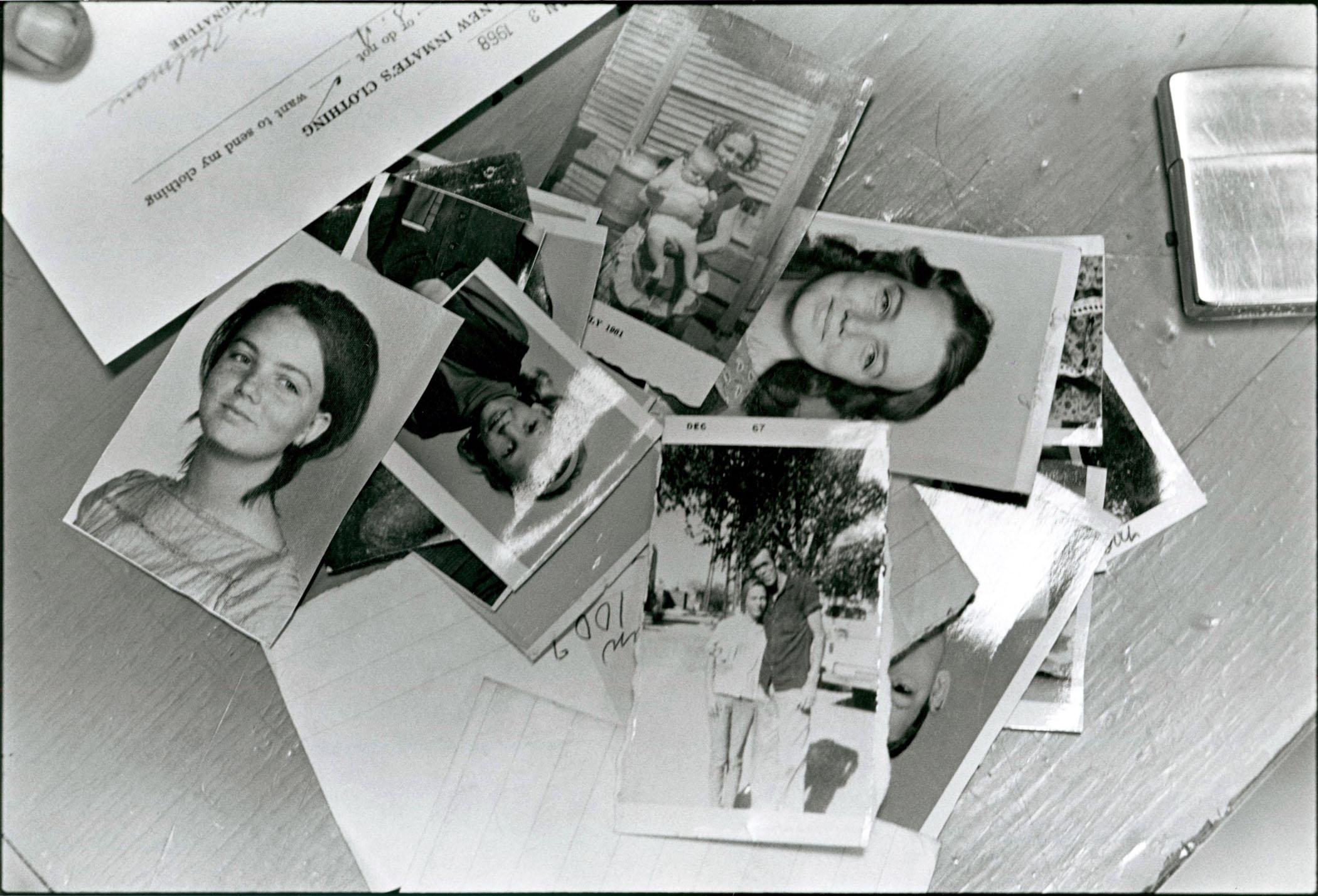 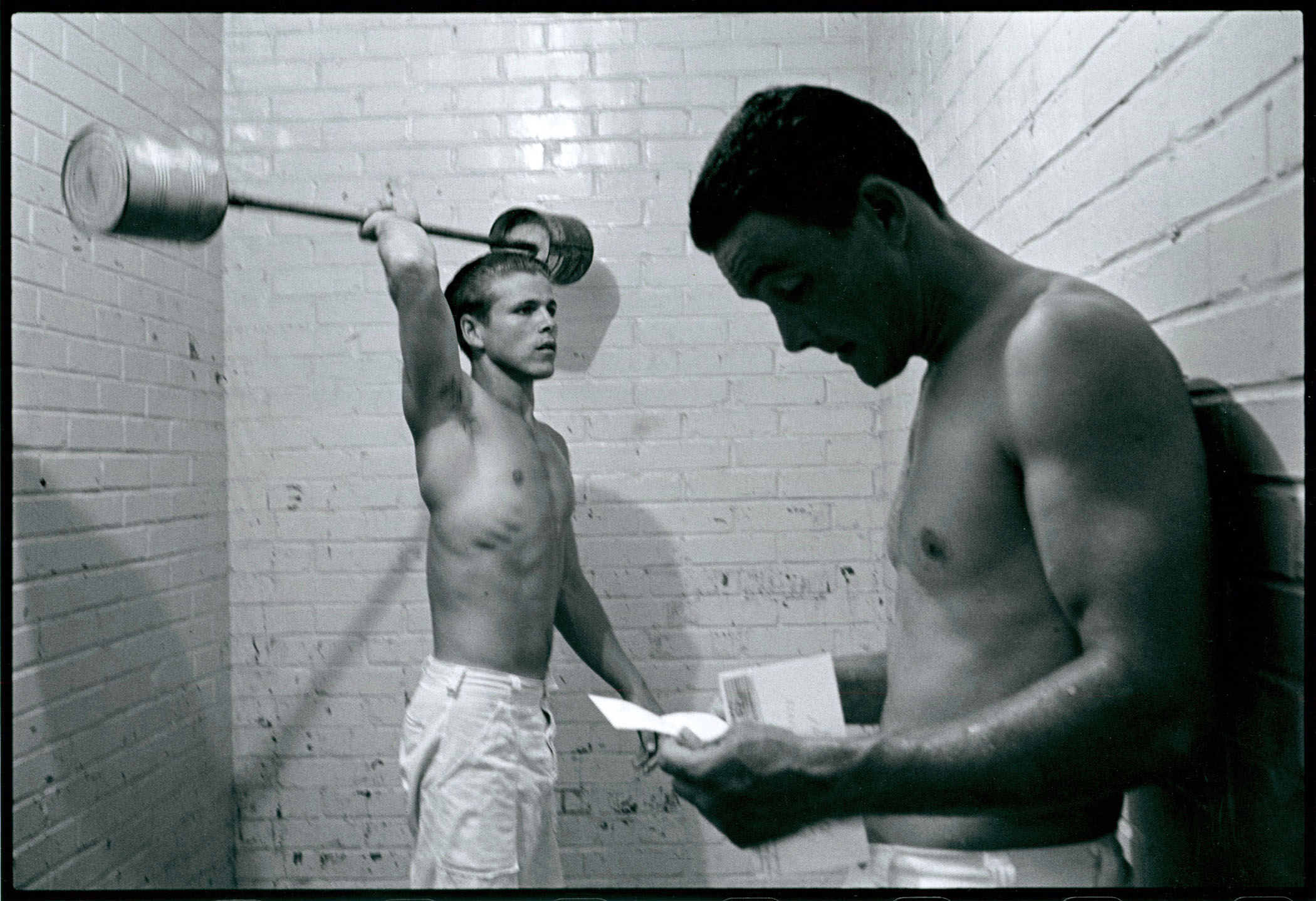 Danny’s powerful work from inside six different Texan prison units failed in its mission to encourage prison reform – the number of prisoners incarcerated in the US today is now 20 times what it was when he completed the project. But his groundbreaking inclusion of ephemera and co-authorship within his work has gone on to influence artists and photographers from Brett Amory to Jim Goldberg.

Confounding his contemporary critics, Danny’s immersive, deeply personal body of work has stood the test of time, influenced a move towards a more engaged style of photojournalism and remains one of the most human accounts of the cultural and political battles of the 1960s. 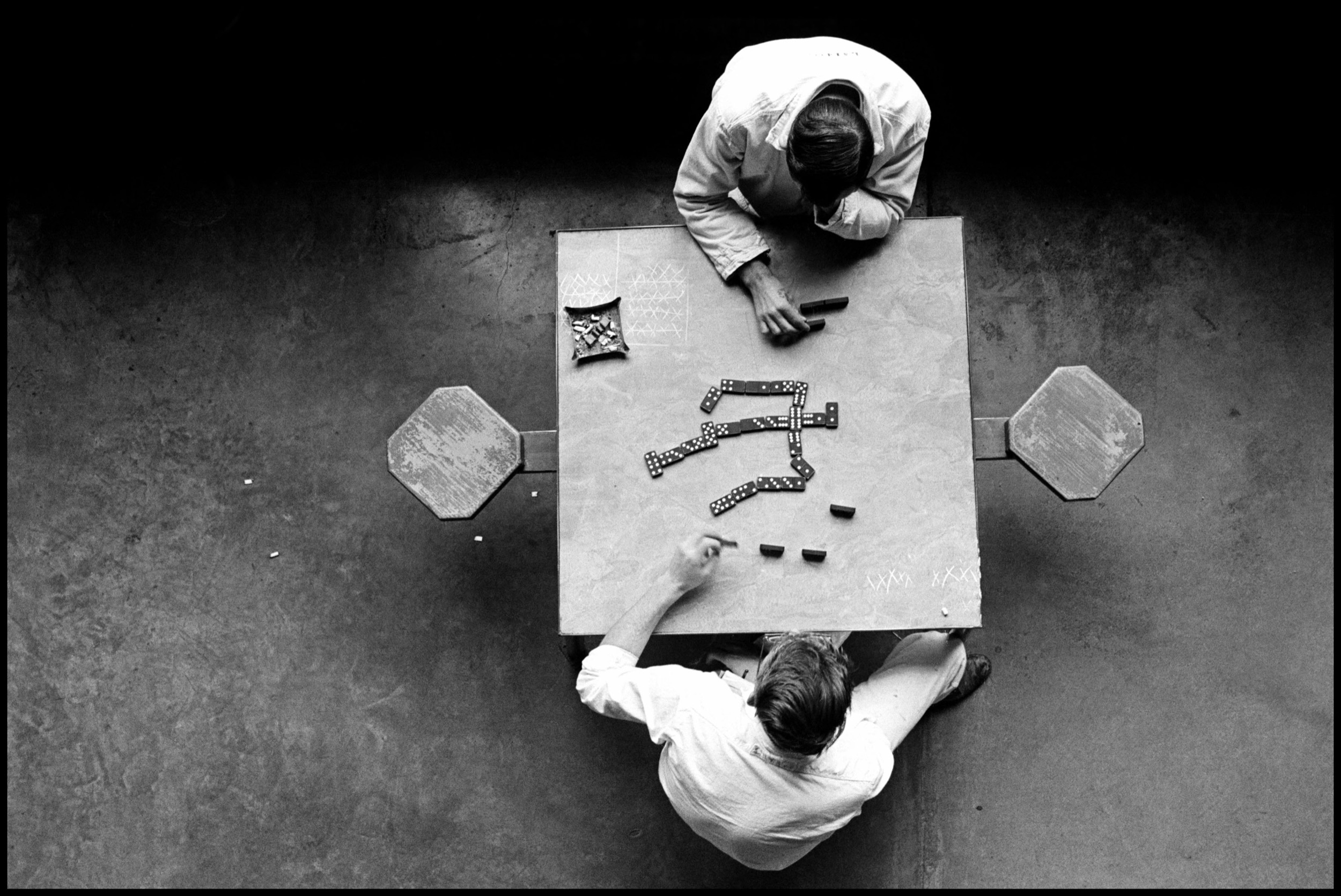 Linkedin
RELATED ARTICLES
OTHER ARTICLES
A recent High Court ruling against the right to wild camp in Dartmoor National Park sparked the largest land protest in history – and campaigners say their fight is not over yet.
Since 2007, Gideon Mendel has made 20 trips to document floods in 13 countries. The result is an alarming record of what has already been lost to the climate emergency.
Following the release of his debut single, Deyaz talks battling addiction, dealing with his struggles through music, and building a budding music career from his living room.
A new exhibitions brings together the work of photographers who documented the deep unrest of these pivotal decades.
A new law change is enabling Britain’s donor-conceived children to know the truth about their origins – but campaigners say the fertility industry must do more to protect people.
After building his reputation covering the US civil rights movement in the 1960s, the photographer went on to produce some of the most enduring images of the past century.