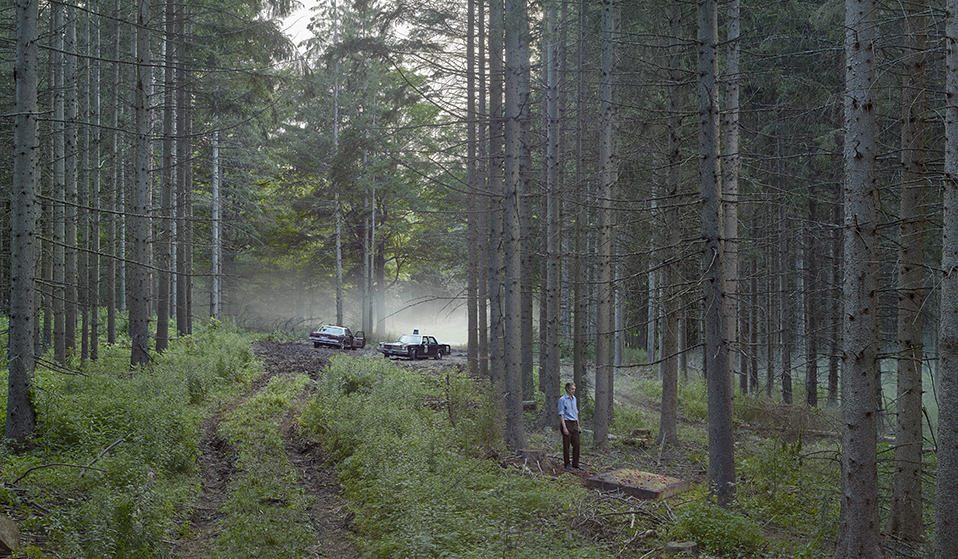 Text By Gregory Crewdson, as told to Cian Traynor

Gregory Crewdson is not the kind of photographer who carries a camera. Instead he uses Hollywood-sized productions to create perfect moments that feel both inexplicably personal and profoundly cathartic.

When I was 10, my father brought me to a Diane Arbus exhibition. He was a psychoanalyst and those pictures have a certain psychological quality, so somehow I made a connection between what he did as a job and Arbus looking for secrets.

It wasn’t like I decided I was going to be a photographer exactly then. But that was the first time I understood the power of photographs and so I probably filed that away somewhere as a defining memory.

My father was very supportive and influential in my picture making. He passed away just as I began Twilight, the body of work I made in the mid-1990s, when I started bringing cinematic convention into still photographs.

I’d work with a director of photography and a small crew to choreograph light in a more subconscious way, which felt new and radical at the time. 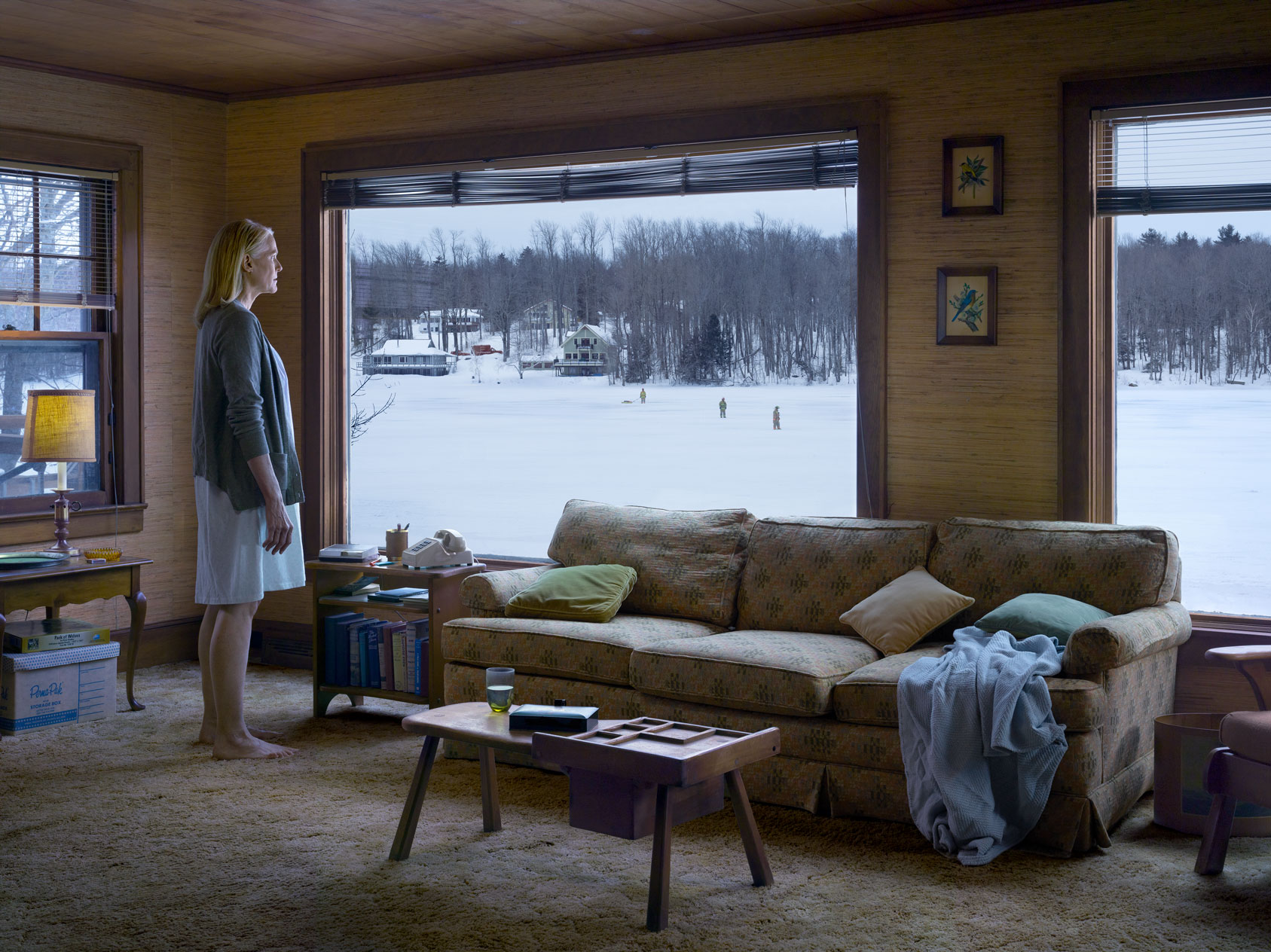 I think all my pictures are psychologically rooted. There’s not much on the surface that is direct narration. Whatever story is being told should remain a mystery – a question mark even to myself. I’m more interested in telling the submerged narrative using light, colour, atmosphere and mood.

I do, however, think there’s always a relationship between art and reality, whether you’re conscious of it or not. Making Cathedral of the Pines was directly related to major shifts in my personal life.

It followed the end of my marriage and a very difficult divorce, moving away from New York and into a converted church, then having to relocate my time and energies while still trying to be a good father. All of that profoundly affected the work.

There was a long gestation period where I would go to the town of Becket, Massachusetts, swim in a lake and walk up the Appalachian trail. Just that process made me feel more connected to the place, which reminded me of my childhood. 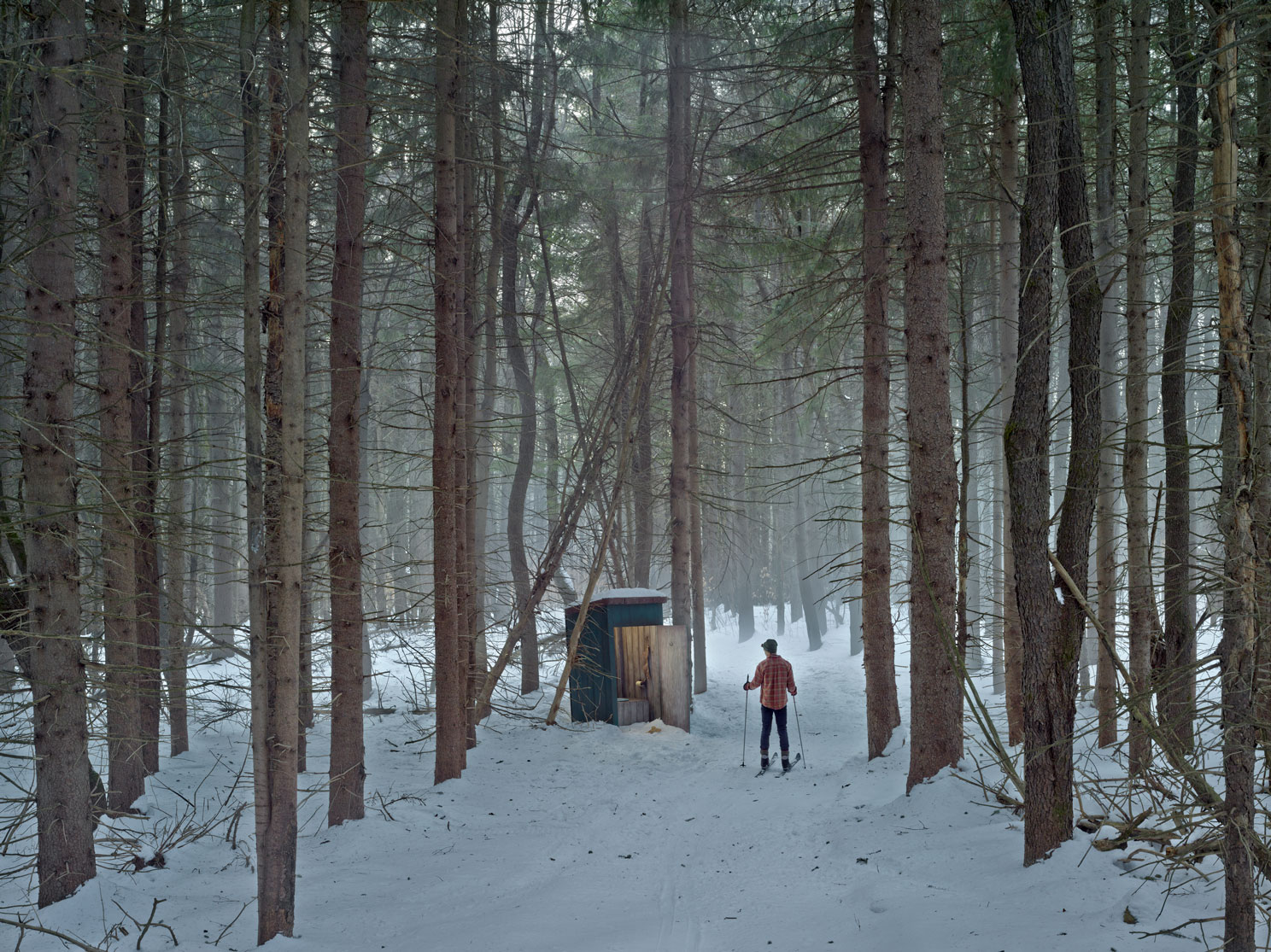 One day I was cross-country skiing when I came across a little trail that said, ‘Cathedral of the Pines’. From that name alone, I saw the entire thing in front of me.

All the locations are meaningful to my own life. Many of the subjects are people I know or even love. These things are very specific yet they’re not conventional documents of a place or portraits of people.

That’s where the collision is: where reality ends and fiction begins. But all of the motifs – like loss and trying to make connections, an exploration of desire and nature – are obviously relevant to my life in one way or another, although I’m not directly aware of it.

It wasn’t until much later that I started to understand a major theme in Cathedral of the Pines: a search for home. It’s a very elusive thing and, for me, the whole process of making pictures and trying to find those perfect moments is a search for some kind of stability, order and meaning. That’s at the core of the enterprise.

I think all artists have a certain set of rules, parameters or conventions they deal with as they make a body of work. But hopefully you bring your own subjectivity to that and, over a lifetime, re-invent those rules to a certain degree and move it forward.

I’m not the kind of photographer who even holds a camera and, from graduate school onwards, I was always met with a certain amount of resistance for that. 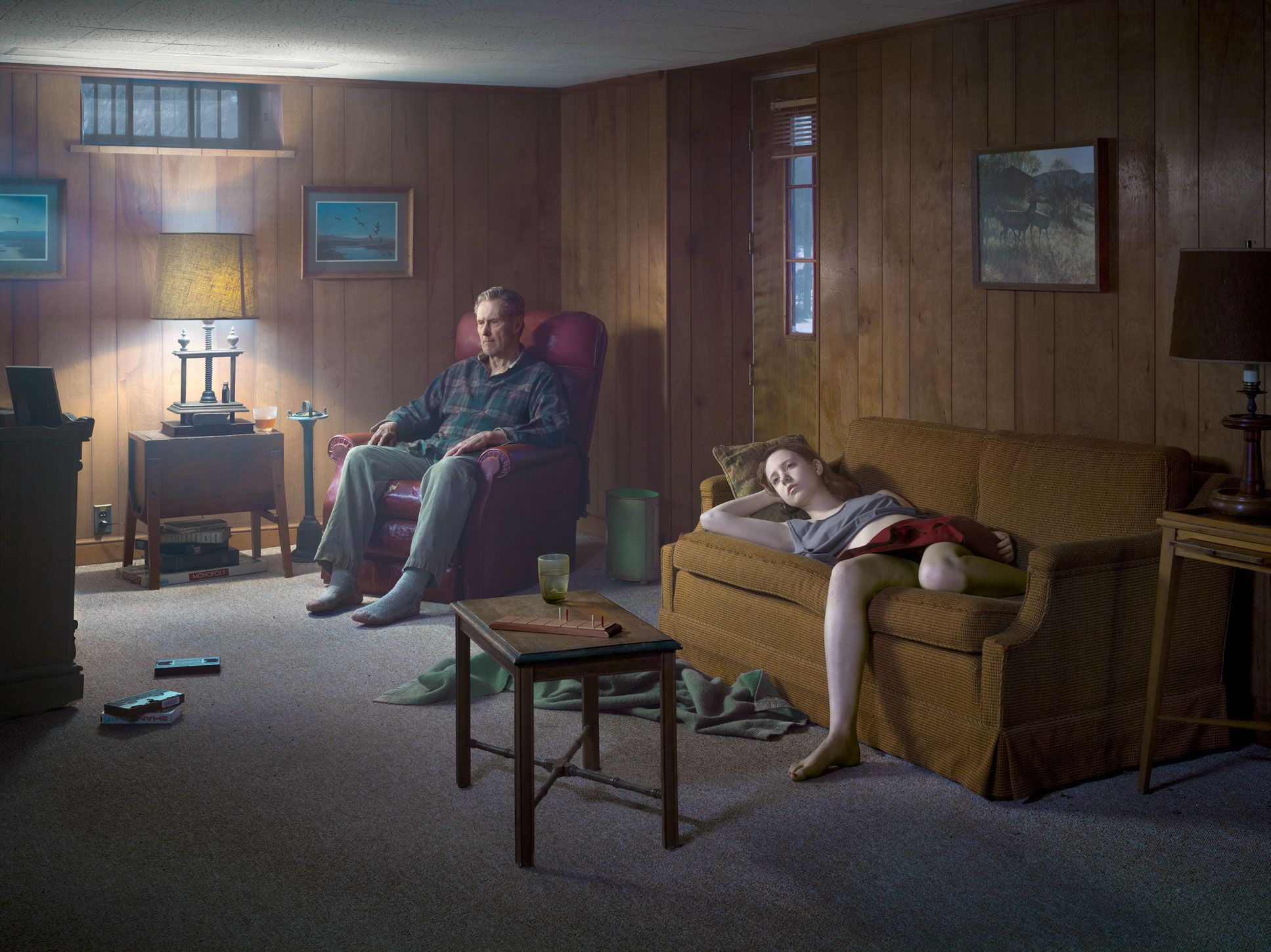 But I think that’s part of the process as an artist. It shouldn’t be easy. It should feel like an uphill battle at times. It’s important to push your own will onto a tradition. That’s how you make it your own.

Early on in my career, I wanted to make a picture in someone’s backyard. I found the perfect location but no one was home, so I wrote them a note that said, ‘Dear homeowner, I would like to make a perfect circle of mulch and photograph it from an elevated point of view in your backyard.’

The next day there was a message on my answering machine from the woman who owned the house. She just said, “Do what you have to do.”

I would tell any artist the same. Nobody on this Earth is going to make these pictures aside from yourself. So if you don’t do it, no one else will.

Cathedral of the Pines is published through Aperture.

Linkedin
RELATED ARTICLES
OTHER ARTICLES
Protestors gathered outside Downing Street following the latest atrocities committed by Israel against Palestinians living in the besieged strip.
Following the release of his latest album, the rapper talks about finding a new approach to songwriting, attitudes to poverty, and why his music is more than a political statement.
With the virus now a global health emergency, we must take steps to fight misinformation and demand a swift UK-wide vaccine roll out, writes Phil Samba.
A sharp increase in officers armed with the electrical weapon is resulting in serious injuries and deaths.
After rewriting the indie rulebook with her devastating songs about romantic longing, the singer-songwriter is now imagining a future in which the artist is no longer a product.
From the chip shops, to the bingo parlors and burlesque dancers, photographer Mike Coles remembers capturing scenes of holidaymakers by the English coast.