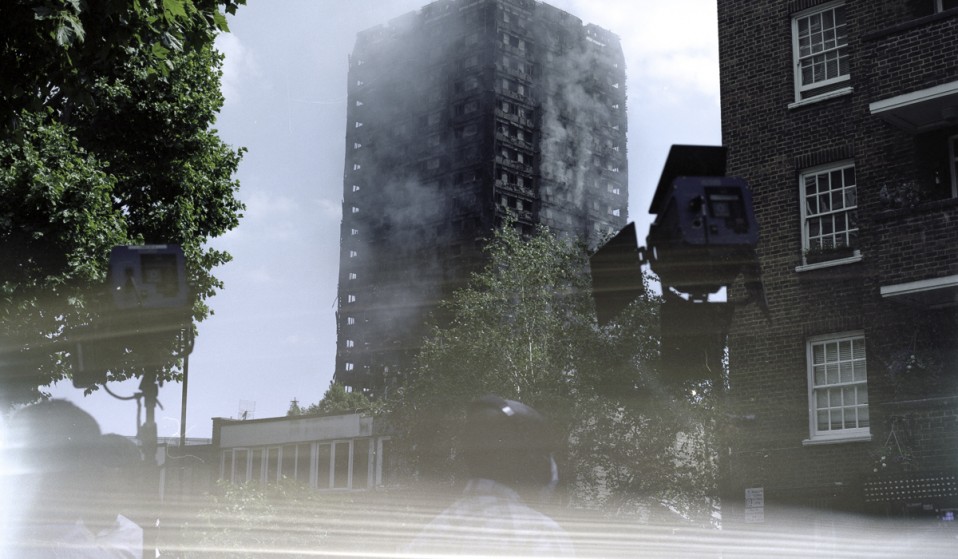 The Grenfell Tower tragedy awakened London to the issues surrounding social housing, inequality and gentrification in the most violent way possible.

The June 14 fire, which consumed almost 80 per cent of the North Kensington tower block, should have been a self-contained incident. Instead, the flames turned into a fireball, helped by the newly fitted cladding placed on the building to ‘beautify’ its appearance for the luxury apartments nearby.

The severity of this event has left a physical and emotional mark on the community of North Kensington – and many locals have been dealing with post-traumatic stress disorder (PTSD) and flashbacks of that terrible day. 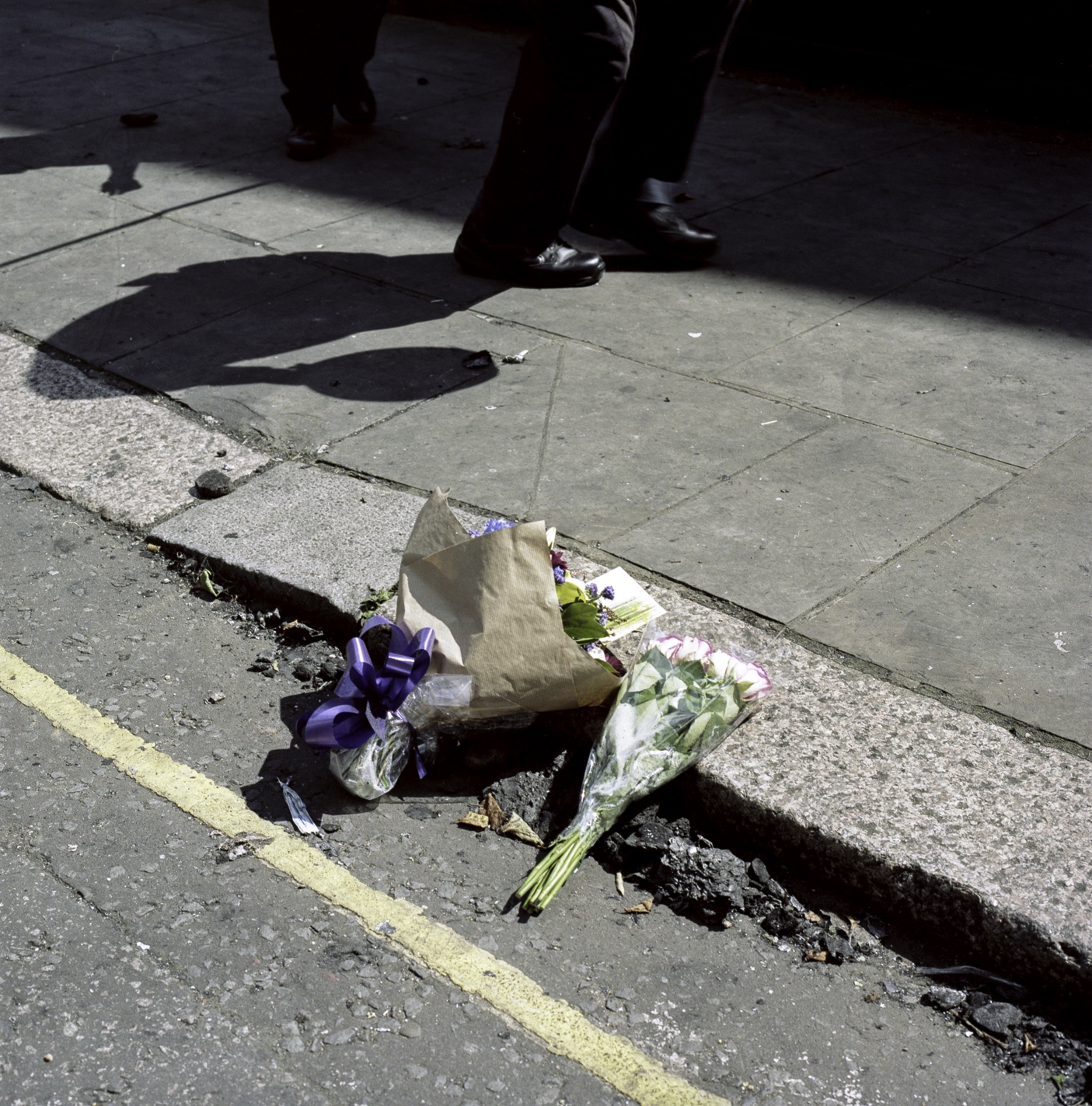 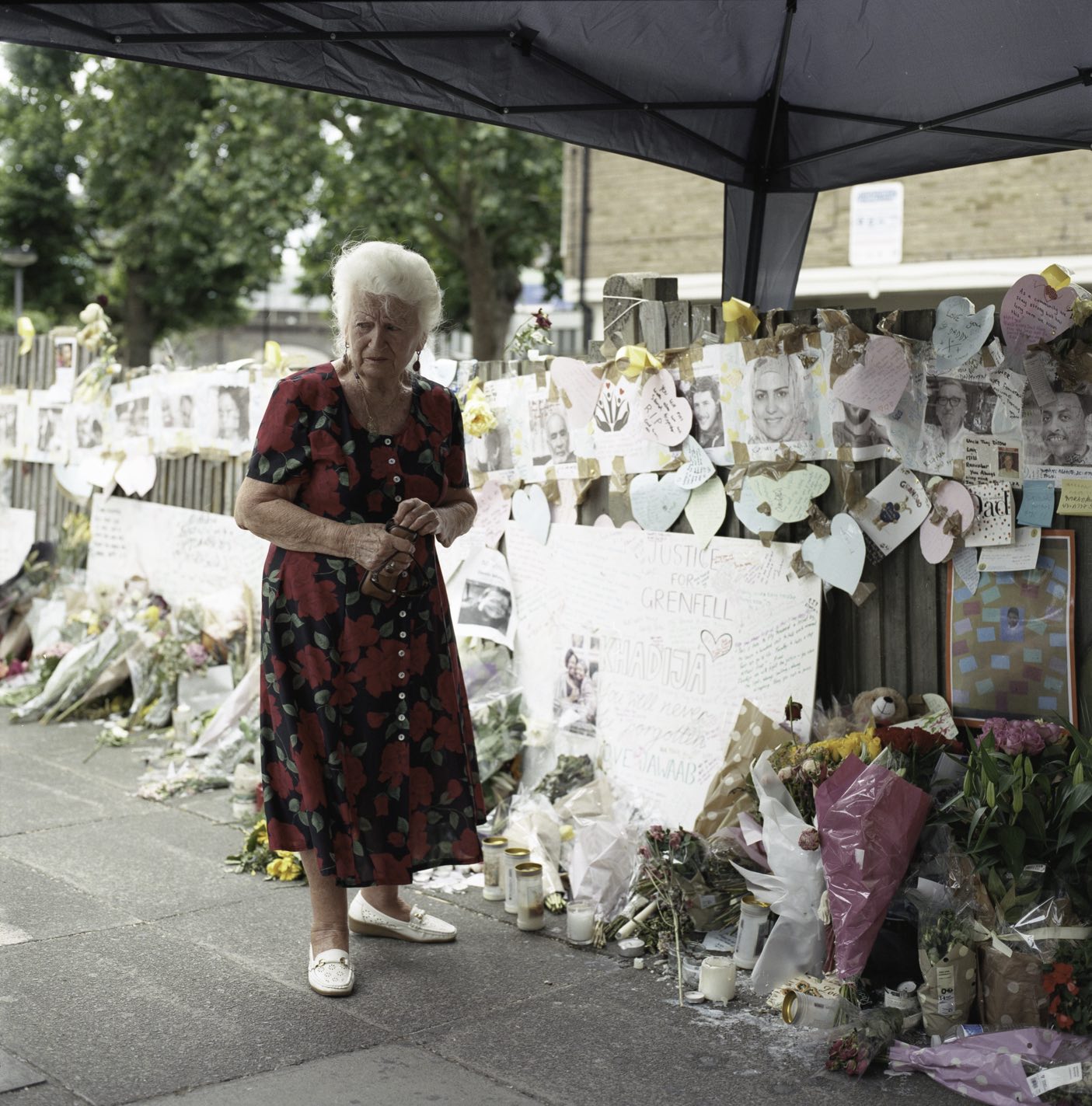 In Brutal Presence has been an on-going documentary photography project that began in 2016. It focuses on the reality of social housing in London, and the impacts of gentrification on urban communities through the borough of North Kensington. The neighbouring council estates and tower blocks of Grenfell have all shared the same history, and are all part of the same story. They have witnessed the changes to their neighbourhoods over the years through the process of gentrification, and are growingly concerned about the impacts this will have on their future.

This photo series seeks to highlight the thoughts and perspectives of nine residents from Grenfell’s surrounding tower blocks, using interviews and portraiture to narrate the story, as they reflect on living within the wealthiest borough of London. It is a chance for them to share their lived experiences; their hopes and fears in this ever-changing reality. 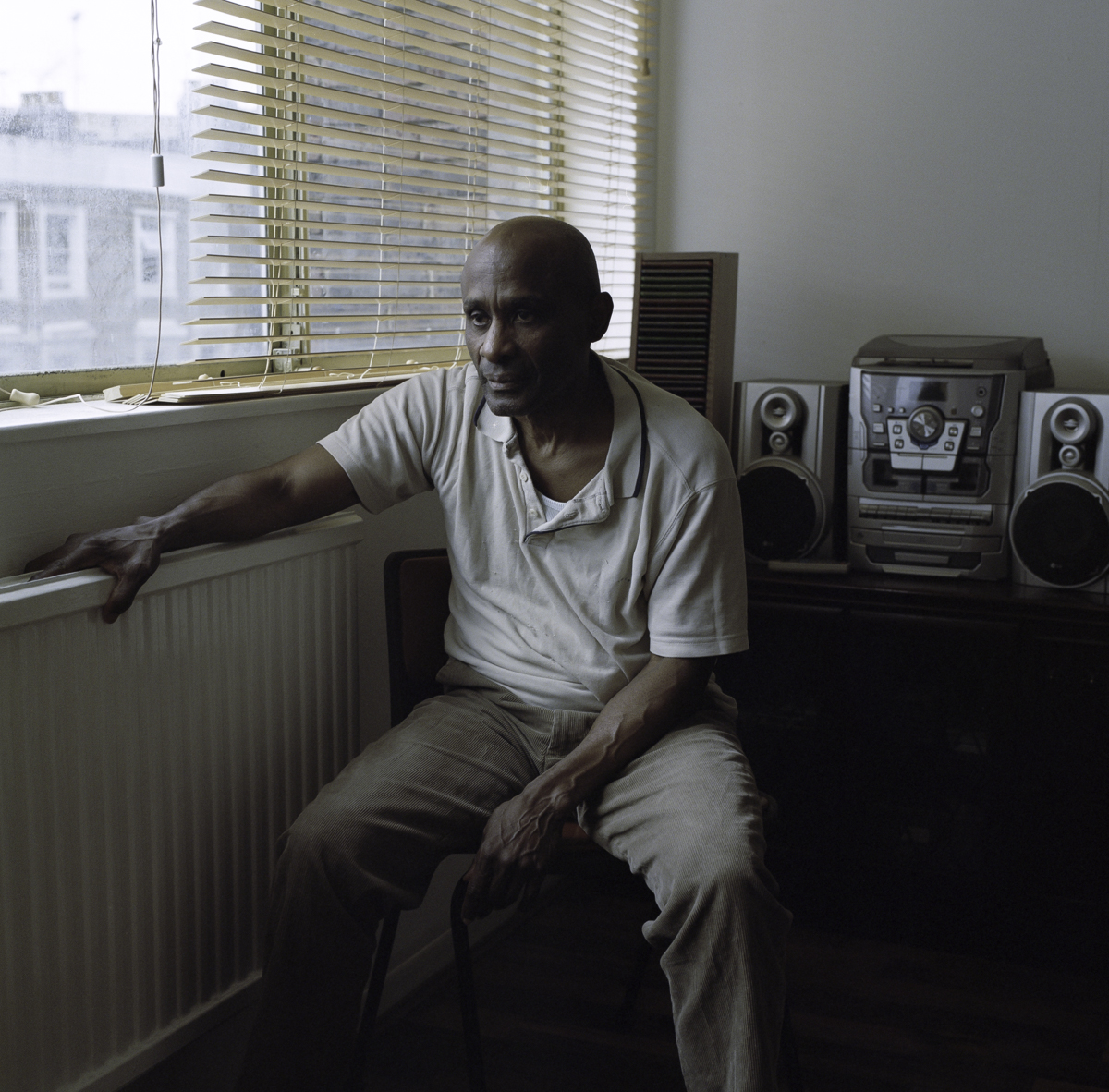 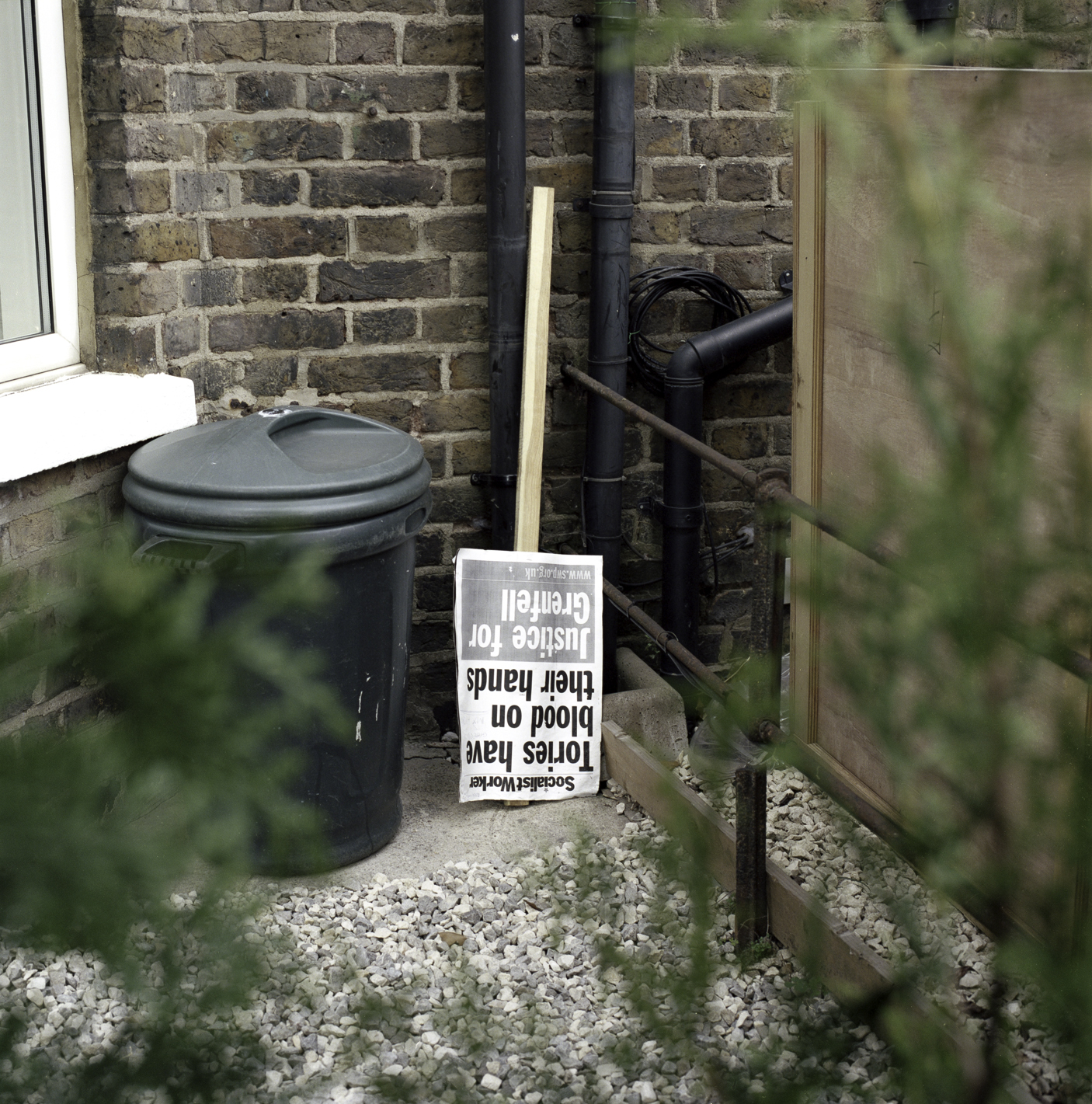 “I have lived in North Kensington for 54 long years. What brought me here was to join my parents. I was born in the paradise island of St Lucia.

What I have experienced living in social housing is that the houses are badly designed, with little consideration for health and safety. People live in high-rise buildings and they are detached from one another. Most of the tenants who live in council houses have no access to a lift. Repairs efficiency is terrible, and there’s not even a playing area for children.

I lost a friend in the fire, and there were some people living around here that I knew. They’ve moved now. Some friends moved because they were more affected than me. They move, and then friends are lost.” 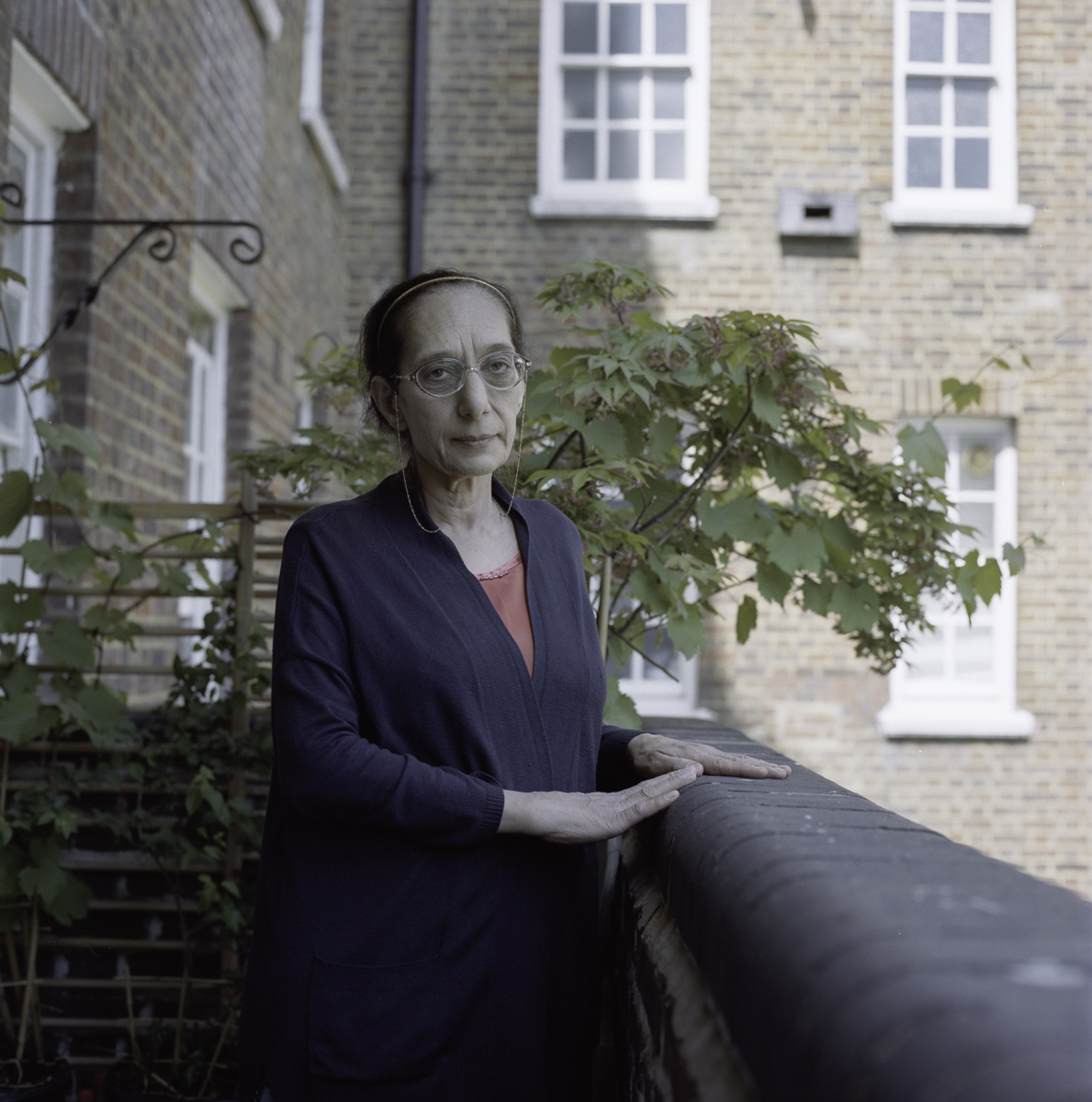 “Bramley House, where I have lived for 35 years, was one of the blocks significantly impacted during the Grenfell fire. There was burning debris landing on and around the building like rain.

We could clearly hear the screams of children and adults alike in great distress, pleading for help. We had to watch our friends and neighbours die in horrific ways, while we were standing powerless, distraught, and perplexed by the way the tragedy was unfolding.

Witnessing the fire has caused emotional trauma in the community, which has had severe consequences on both our physical and mental health. We have been directly affected by the events that took place, as well as the response of central government in the days immediately following the fire.

We face the future with uncertainty, and no one knows what the long-term effects might be. The situation we are in now is that a lot of people are suffering from post-traumatic stress disorder and depression. People in our community go from one counsellor to another, and reliving their experiences, talking to a stone face, with no positive feedback… there is no helpful direction. There is nothing substantial.” 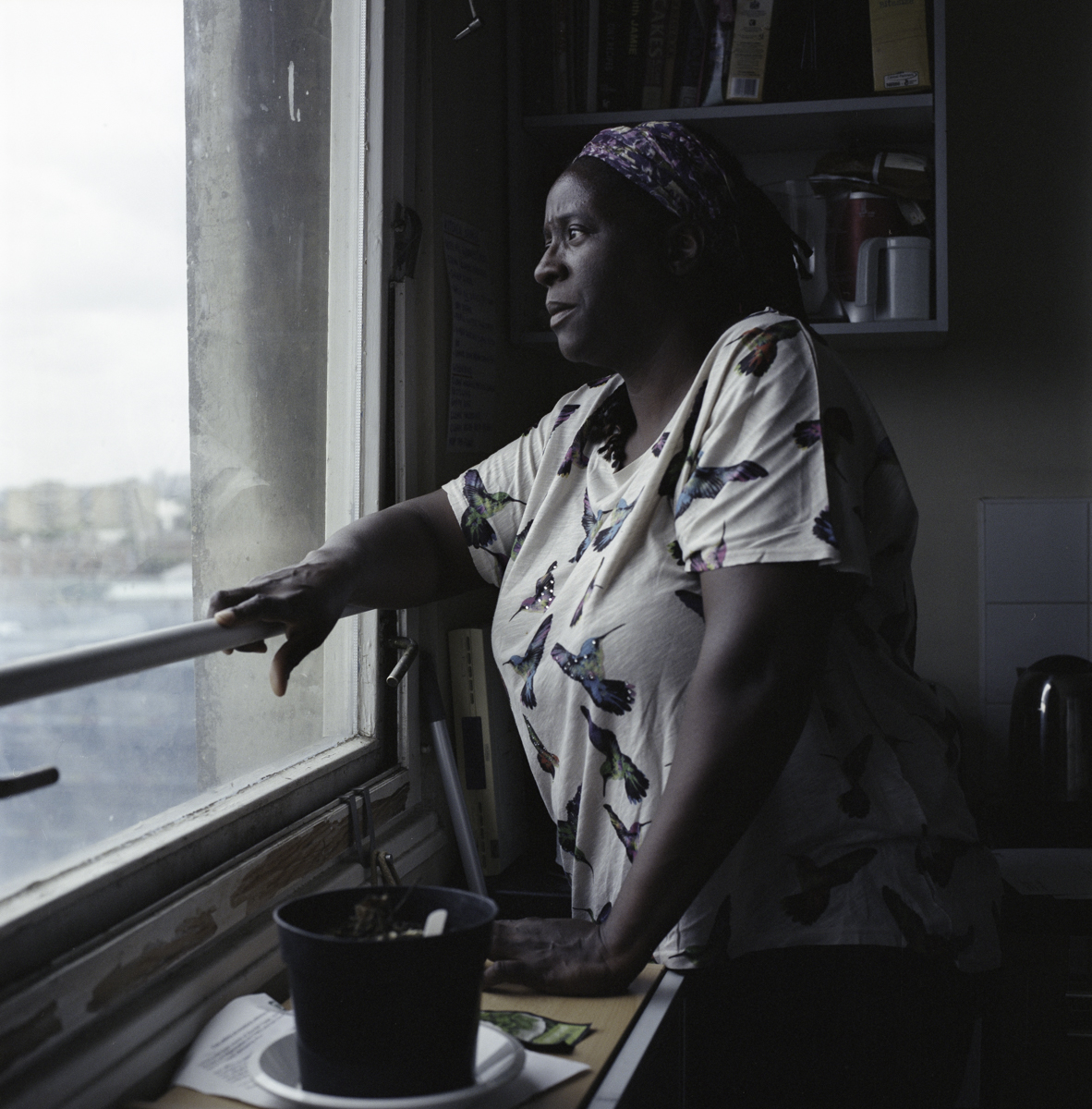 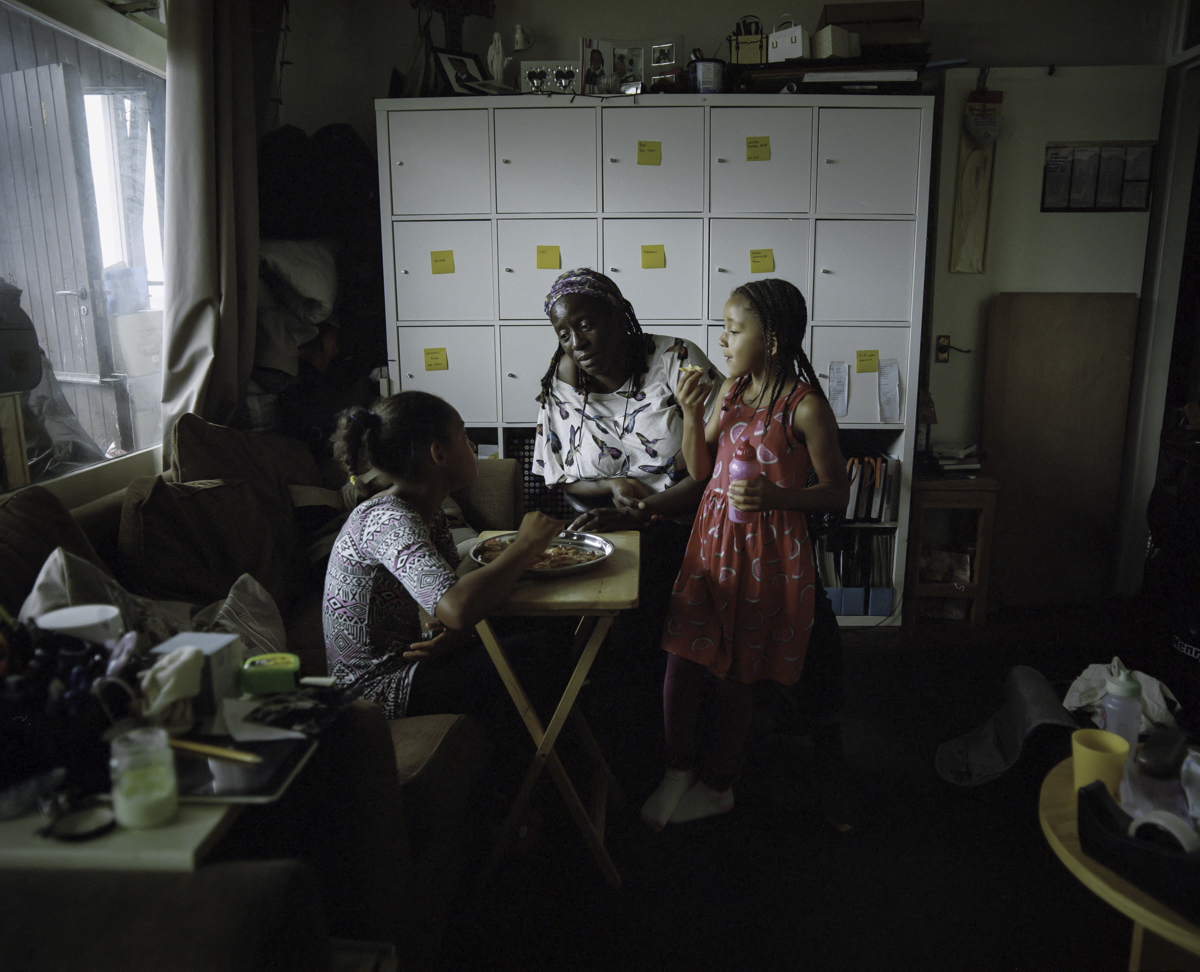 “This country’s doing it all wrong, everything is all wrong. From the time Margaret Thatcher came into power and her in stupidity, she allowed the selling off of council houses and not replacing them – what did she think was going to happen?

My hope would be for the government and those that have the power to make decisions, to just look after those that are below your pay grade. Put the housing out there. Put enough out there for those who have got their children that need to move on, and can’t move on, or become independent.

Stop segregating our communities. Stop lumping people in as a majority and making others feel uncomfortable in their own skin, or in their own area. No one’s coming together as a community unless the community tries their best to do it. Stop spending your money in the wrong places. Fix your country.” 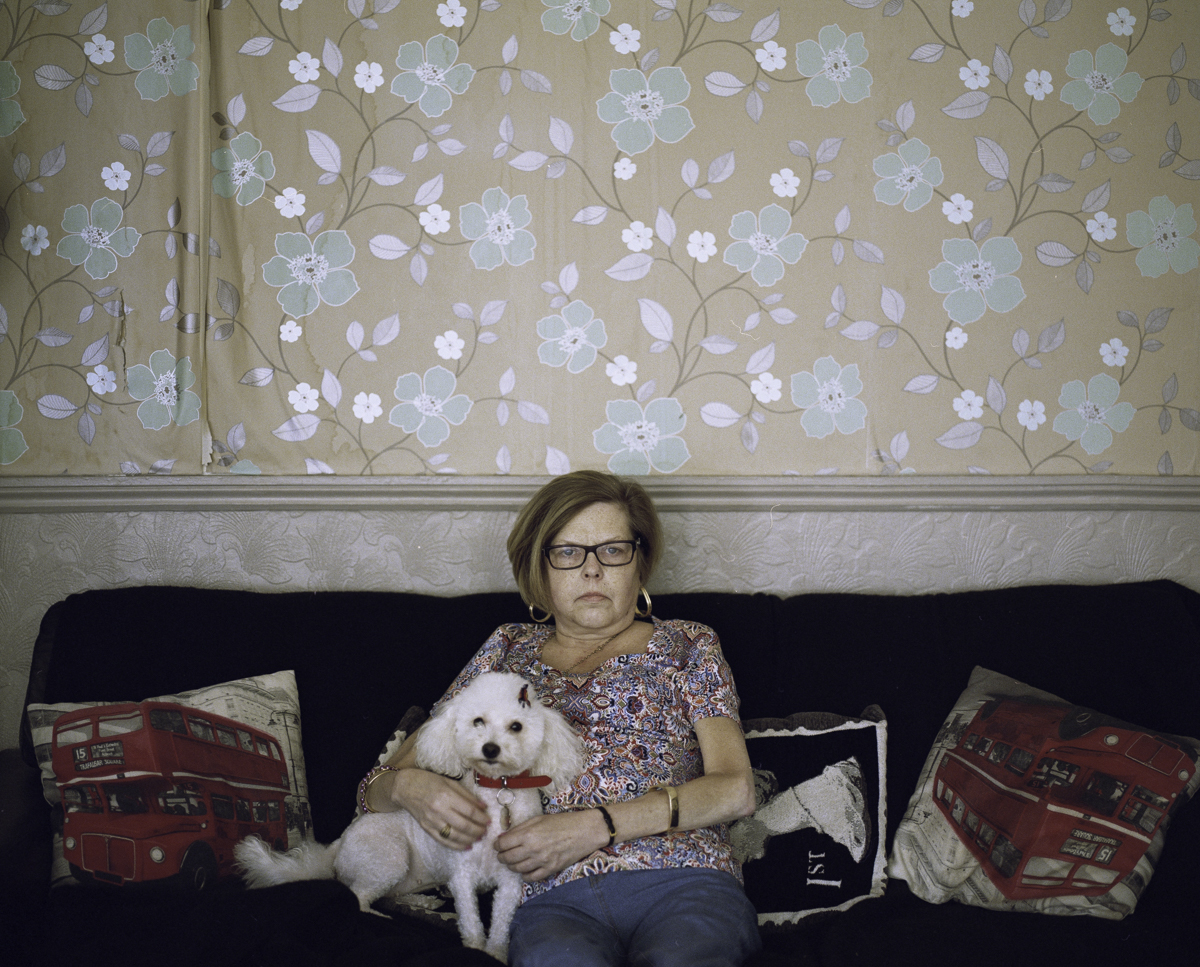 “My mom was born in Penzance Place, not far from here, in North Kensington. She was born just up the road where all the posh people live now. It’s all very rich there – but I can only remember growing up in Whitstable Tower next to Grenfell. We moved from there when I was 17.

We had letters come through that said the council was going to pull down the other estates – but since Grenfell happened, it’s all backfired – but that’s why they didn’t want to spend any money doing work on them.

They gave us all the plans and they put them through the letterbox, telling us what they were going to the area. They wanted to do it up like a little village, build little houses, make it all nice and that. And where were we supposed to go? Out in Mongolia, I suppose. They don’t care, do they? As long as they get what they want.” 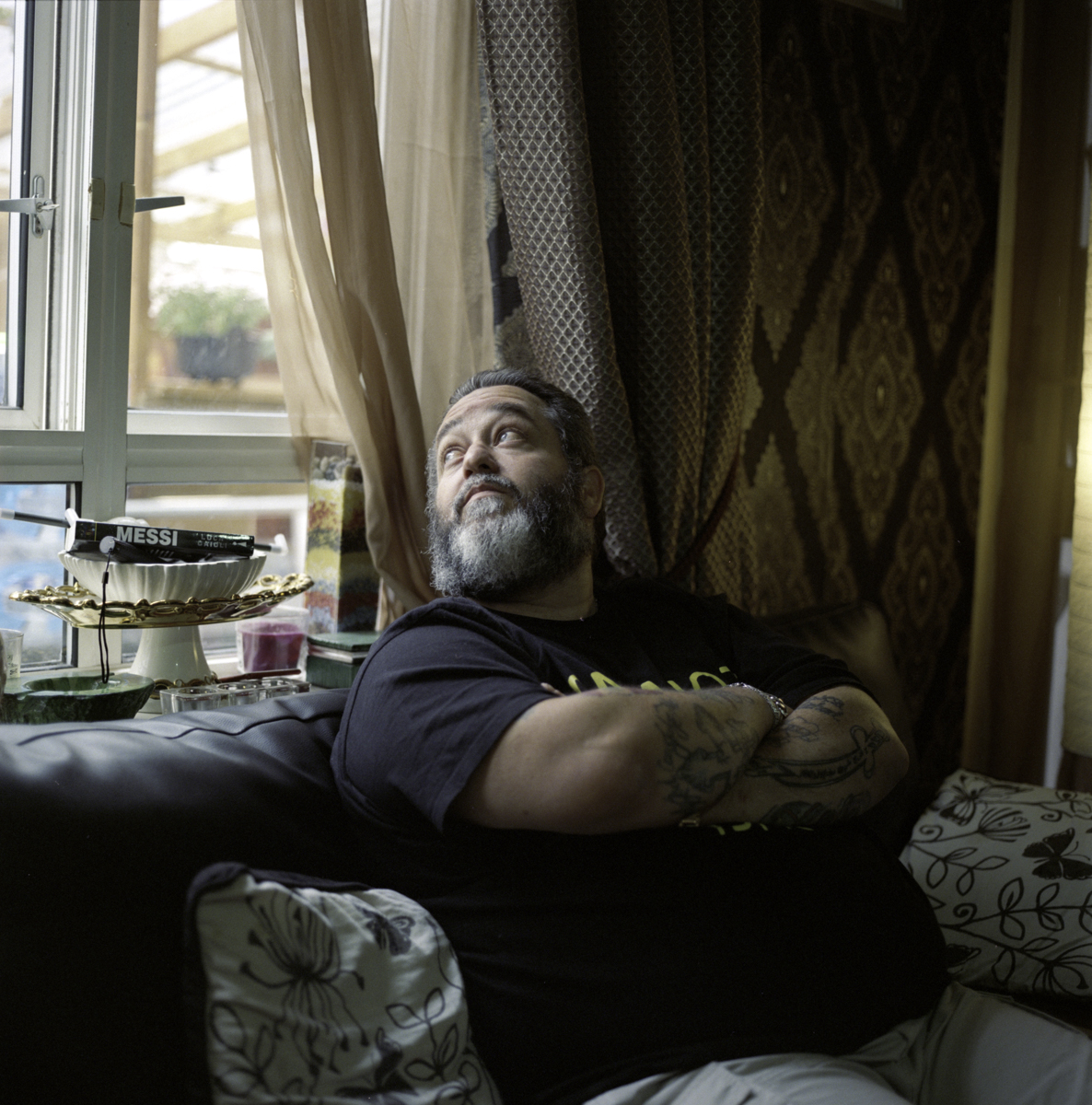 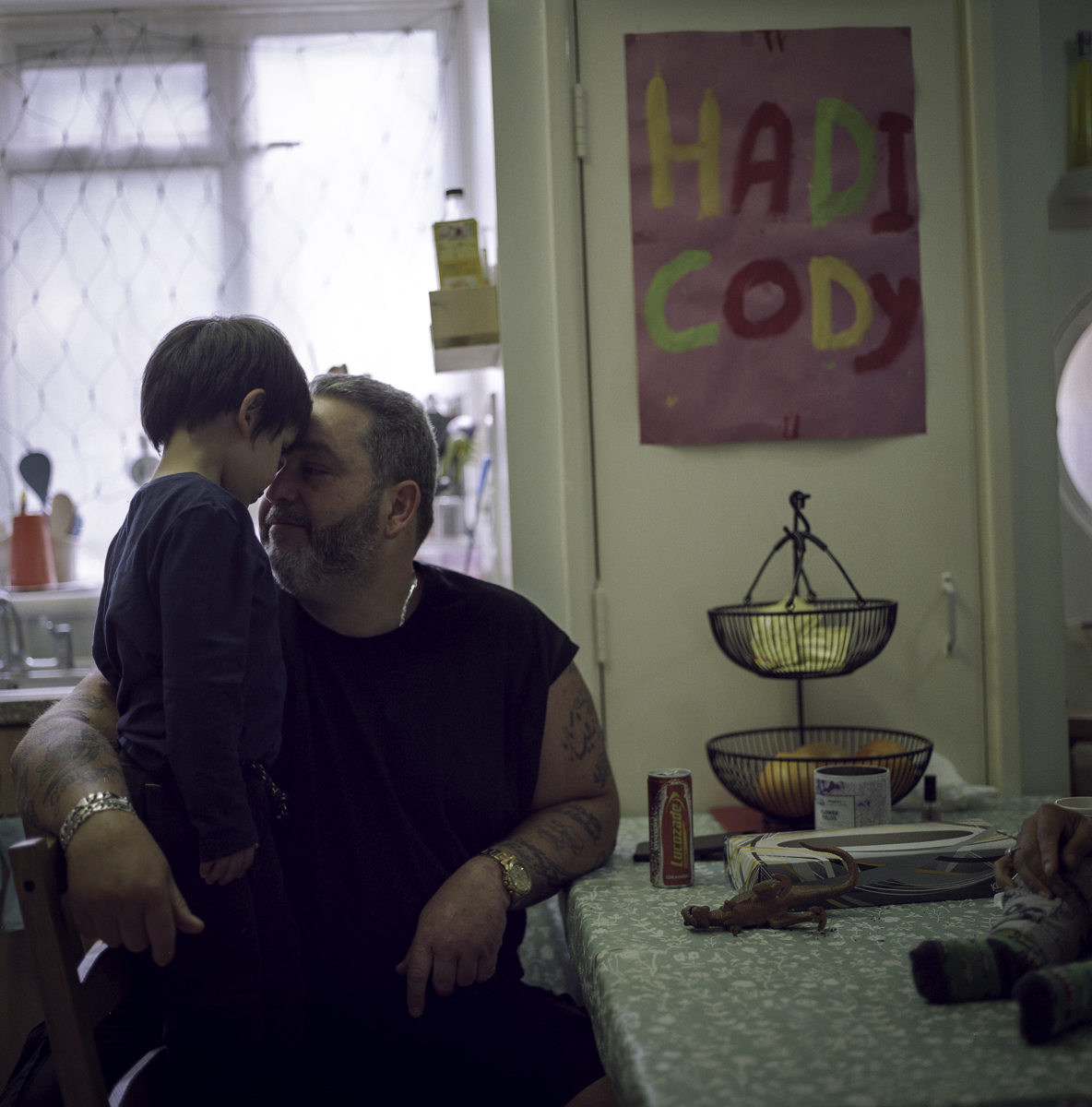 “I moved here to Henry Dickens Court estate on the 23rd of September 2006. I was living in the States before that, but I had also lived in the Royal Borough of Kensington & Chelsea back in early 1992 on the border of Westminster.

When I came back in 2006, the Borough wasn’t the same anymore. The diversity had gone, and most of the people I knew before – whether they were Portuguese, Lebanese, Moroccan, and Jamaican – had all gone. We lost lots of the local coffee shops, pubs and restaurants. My pub was demolished and turned into a co-operative shop and another pub just round the corner was turned into private flats.

I lost a lot of friends in the Grenfell fire. I lost a total of 13 friends, including one family member. My kids lost most of their friends from the nurseries, and from the primary and secondary schools next door.

As a resident, I feel I’ve been failed. The government failed me. I don’t trust them, I don’t trust their leaders and I don’t have hope in them anymore. They have failed me in every way. They see us as third-class citizens and then ignore us.” 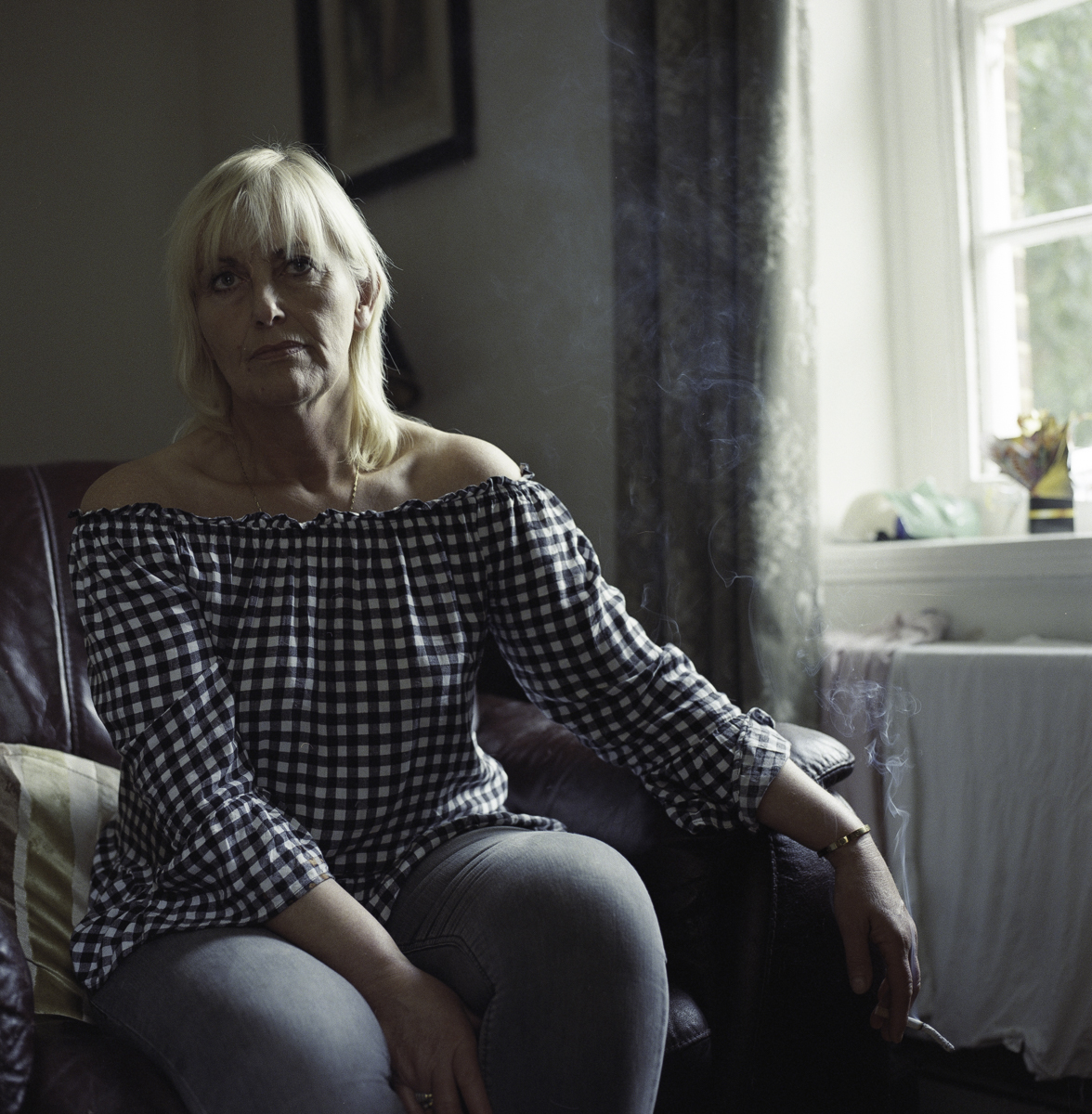 “The night of Grenfell, I really wish I’d stayed in bed and not seen anything. I wish I’d been spared the memory – and I wish my daughter had been too.

We could see them – one minute they were there, but then the black smoke came next and then the flames. It was the smoke that happened first. Nobody could understand why, but we know now that it was because the windows weren’t sealed. There were gaps in every window and that’s why the smoke came in.  It was horrendous.

We got a letter from the council about three years ago, talking about refurbishments and ‘upping’ the area, and knocking down these flats in order to get the area looking ‘nice’ – I just couldn’t believe it. They wanted to knock it all down and build new homes.

It was like class cleansing. They assured us it would be completely different. A large percentage of these private homes would be put for ‘affordable housing’ and the rest would be privately owned. They were going to put us out and we had no choice in it – nothing – we didn’t have a say in it. They were doing it and that was that. A lot of people had sleepless nights because of it.” 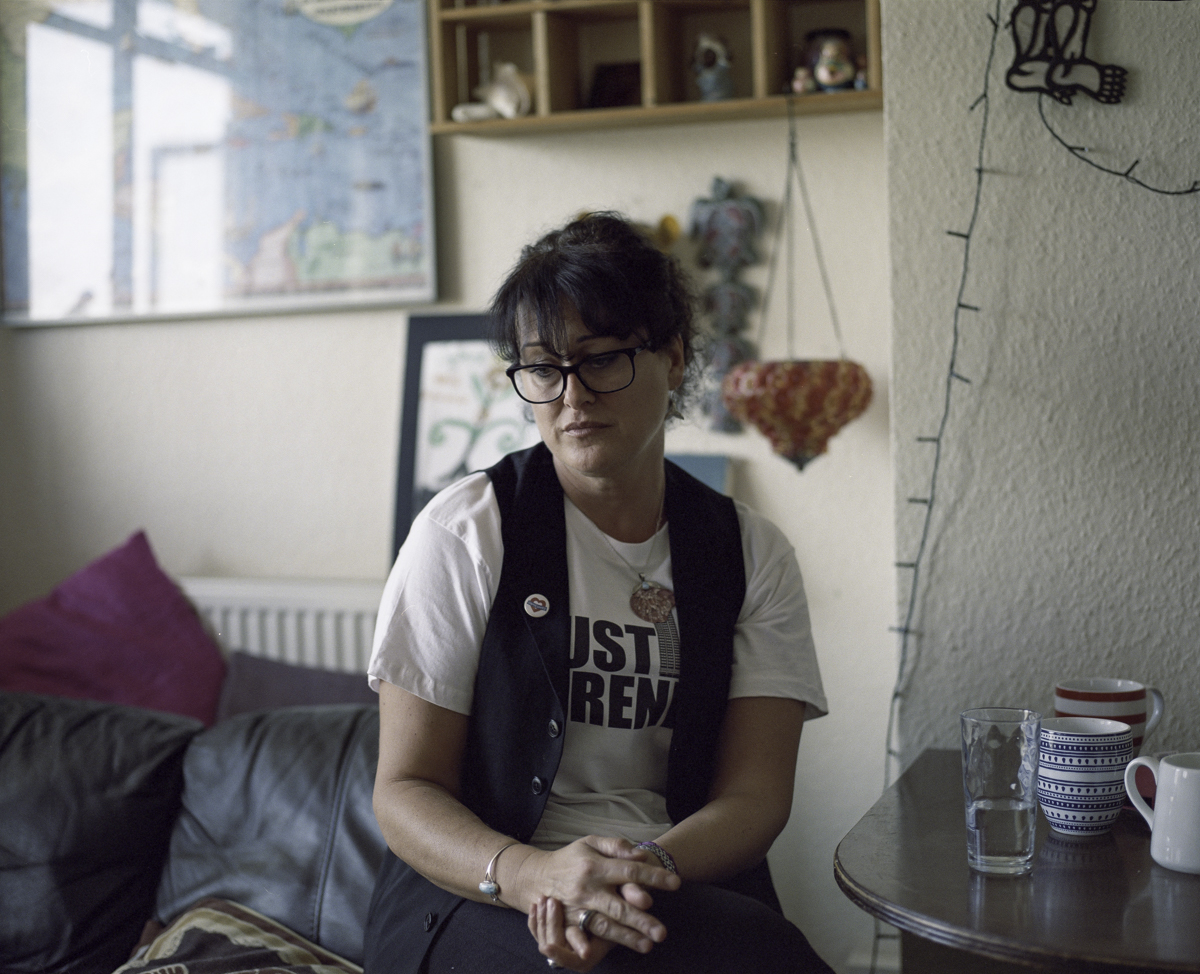 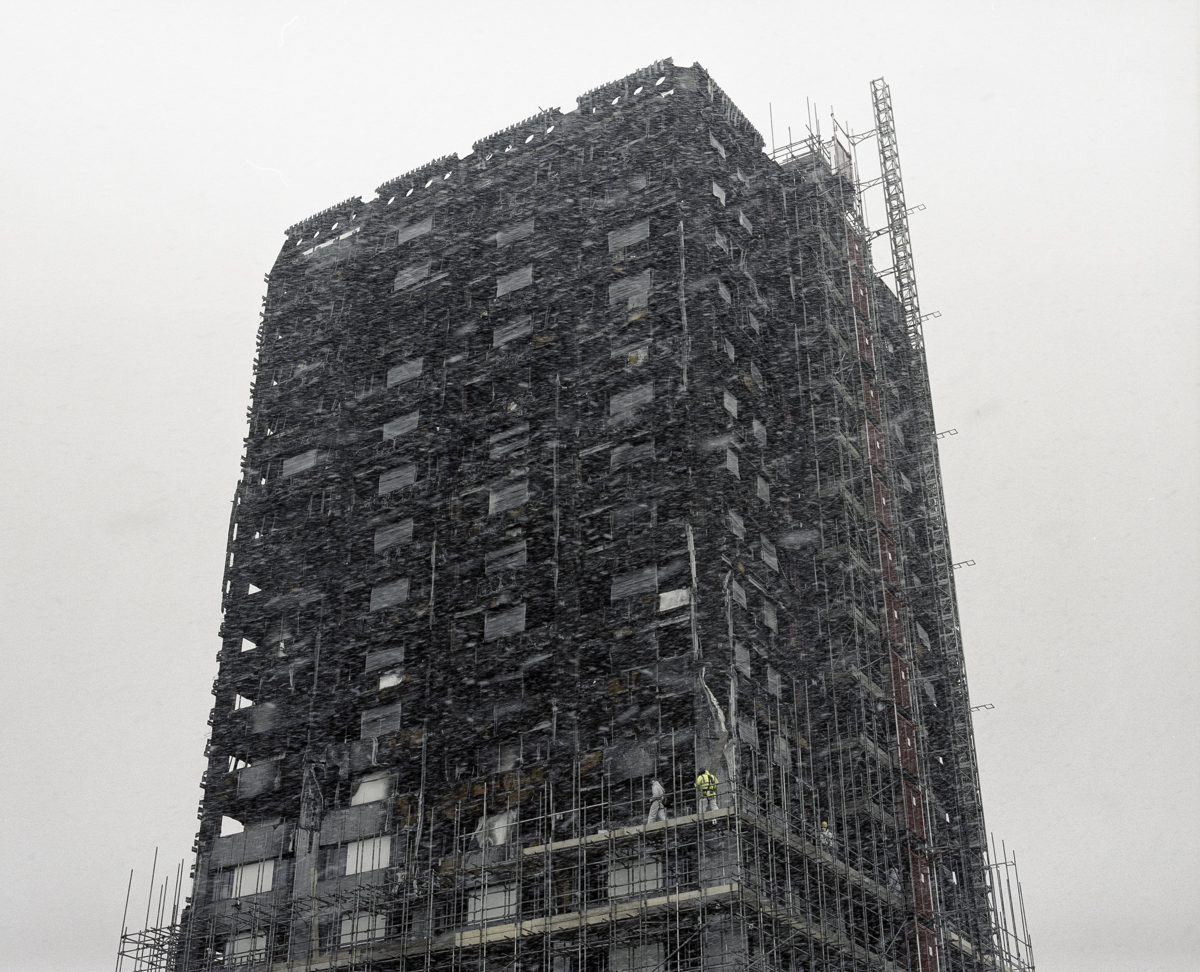 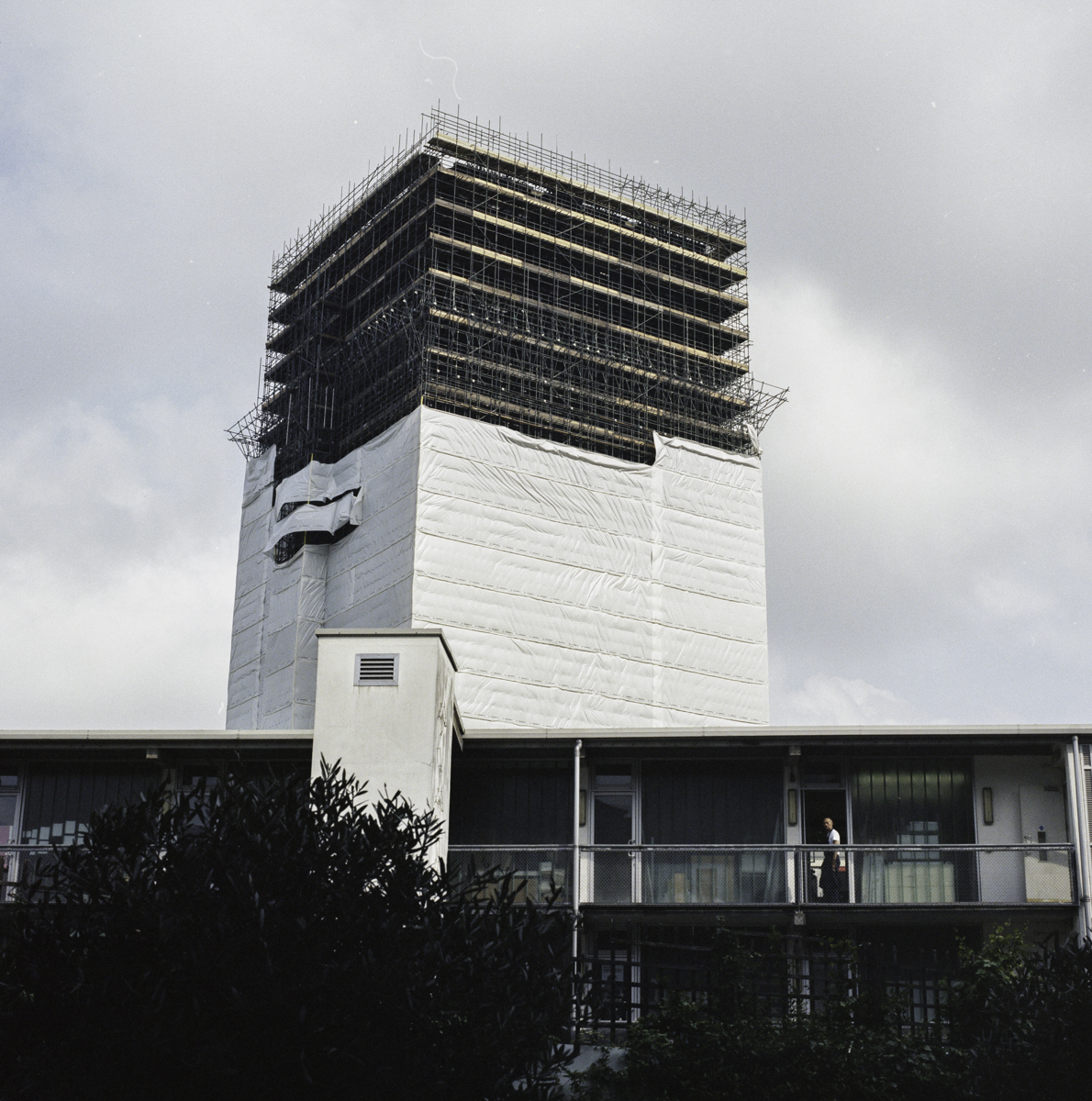 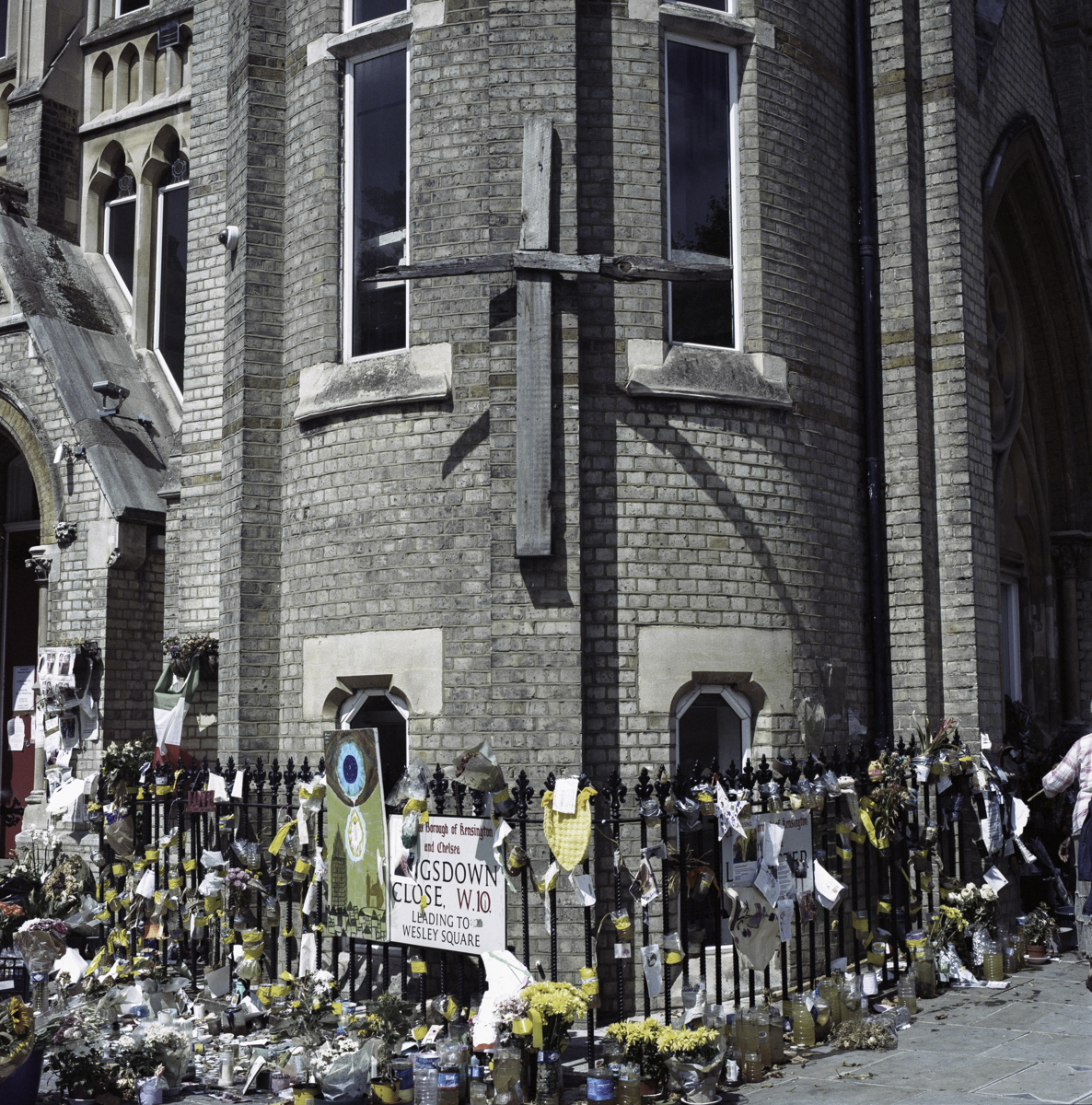 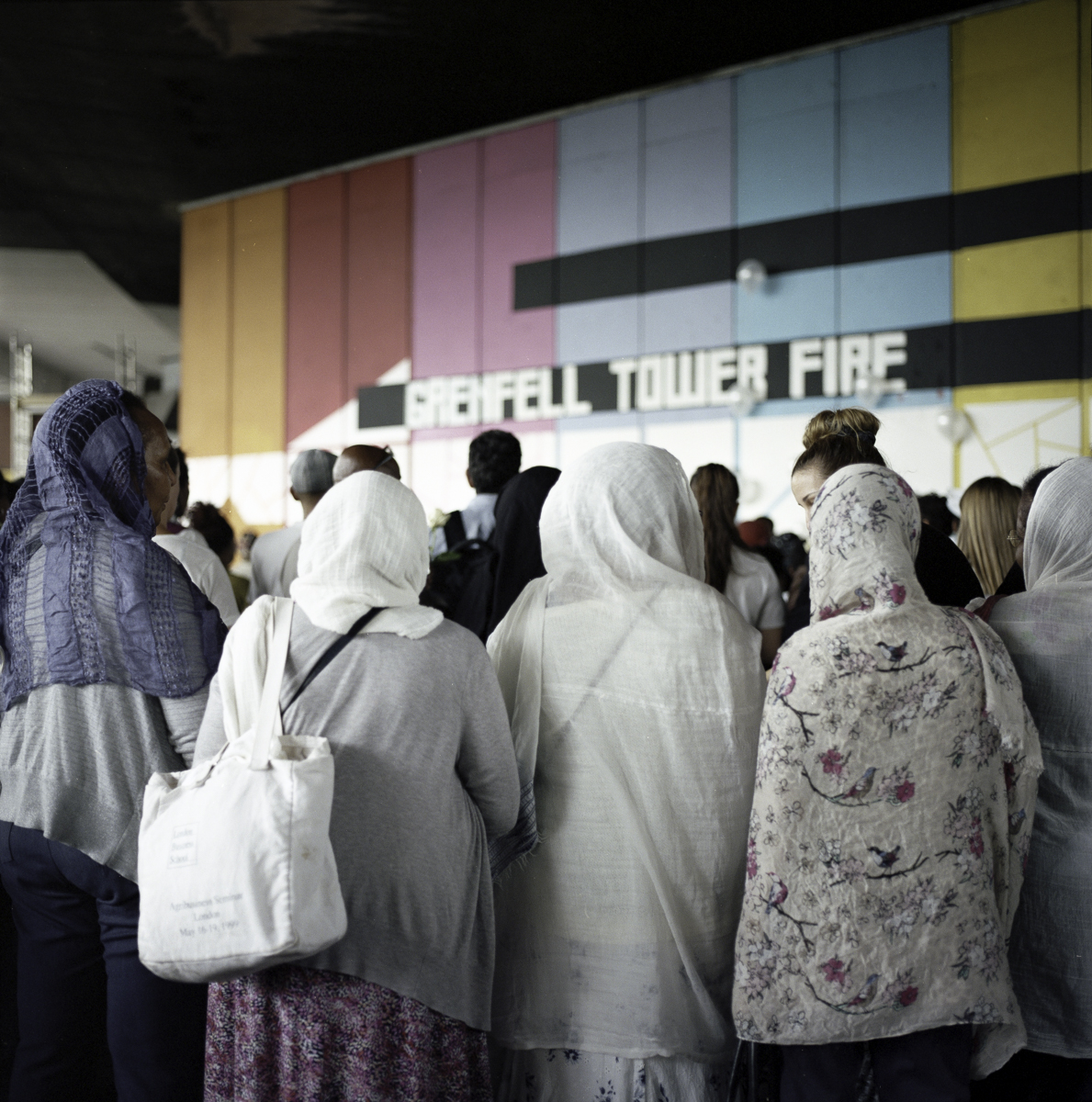 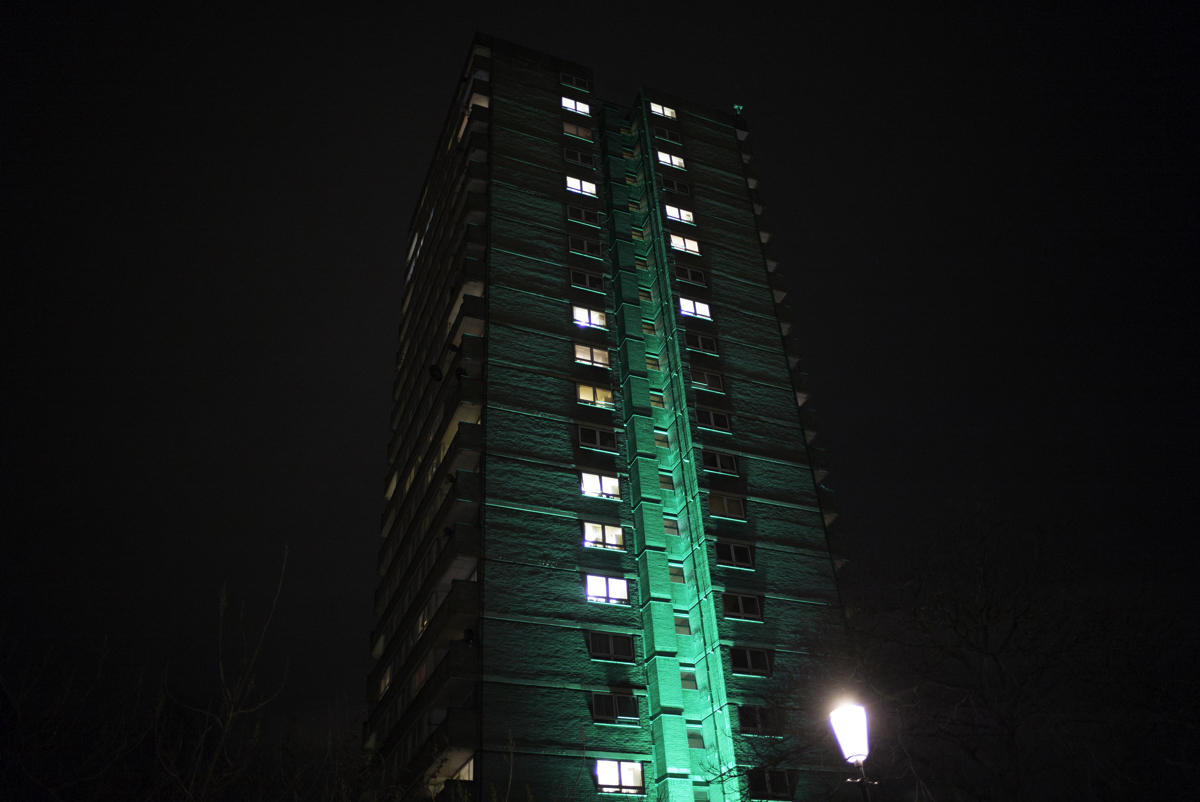 Linkedin
RELATED ARTICLES
OTHER ARTICLES
Yesterday thousands gathered outside Buckingham Palace after news of the Queen’s death broke.
The two-day long event returned to London this year, showcasing a spectacular parade, steel bands and Caribbean food.
Rhiannon Adam spent three months capturing an ageing society wracked by division, isolation, and the aftermath of scandal.
Cindy Campbell recounts how her brother ushered in a new era of musical culture at a party she held in the Bronx in ‘70s.
With skyrocketing rents, packed out viewings, bidding wars and more, renting in London has never been harder.
A group of young Palestinians have found temporary freedom in the act of parkour, reimagining wreckage and ruins as a series of high-octane playgrounds.