Art & Culture / Photography / To Hell And Back: Sixty-nine days trapped 700 meters down a Chilean mine 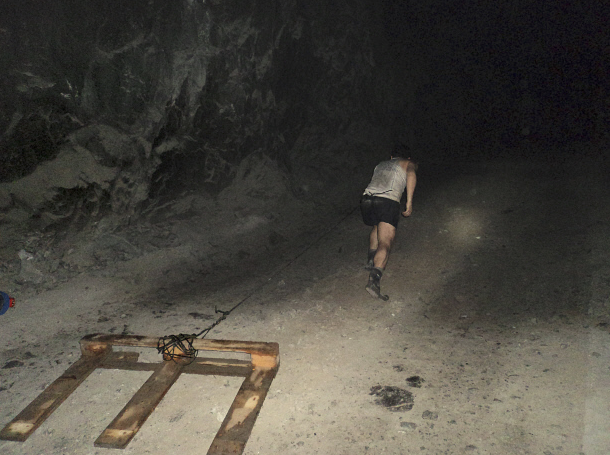 Text By Adam Patterson as told to Andrea Kurland

When Adam Patterson joined the BBC to tell the story of the Chilean miners trapped underground, the only way to capture their experience was to drop a camera down the hole.

It was a story that grabbed the world's attention, one of peril, of survival and of family. When Adam Patterson joined the BBC to tell the story of the Chilean miners trapped underground, the only way to capture their experience was to drop a camera down the hole.

In 2010, Andy Bell – a producer from Panorama at the BBC – called me up and said, ‘Have you been following the news? Thirty-three Chilean miners are trapped underground – and they’re still alive!’ We’d worked together previously on a story in Dubai on slave labour. Panorama wanted to make a film around the rescue effort, and Andy invited me to join a small team – a fixer and assistant producer Alexander Houghton – to meet with the families and find stories before he and reporter Dan McDougall joined us. 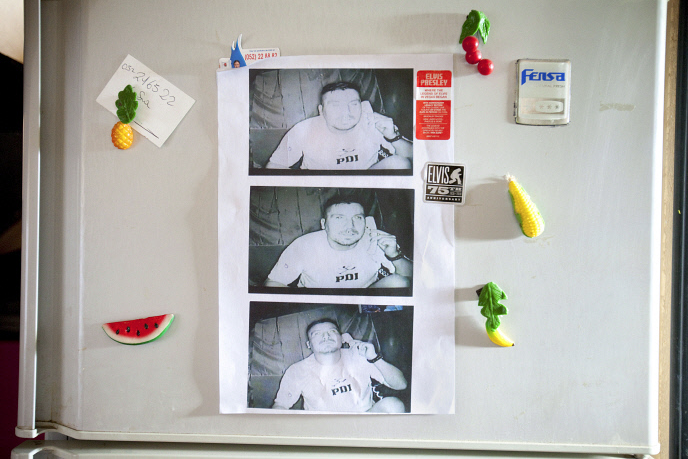 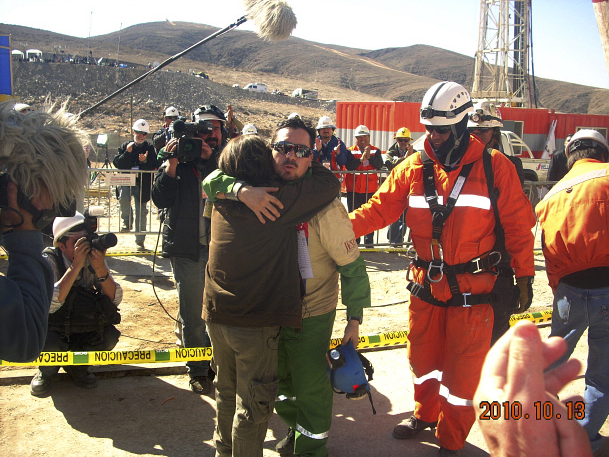 “When we arrived the rescue effort was gaining pace; the four of us ended up shooting the film over a frantic six-week period. Most press were focused on the rescue as a technical feat, but we wanted to focus on the miner’s families. They didn’t know if they would ever get their loved ones back.

“Eventually we met Angelica, whose boyfriend, Edison Pena, was underground. There was this contraption called a paloma – the word for dove – that lowered things down to the miners. Angelica would send love letters to Edison, and the government started sending cameras and releasing imagery to show these guys were alive. 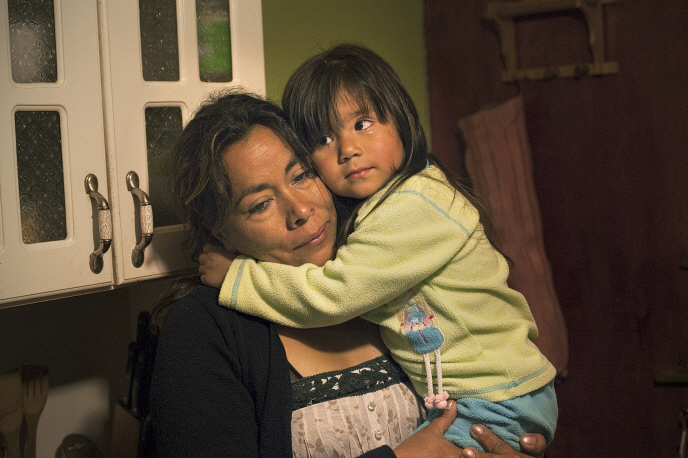 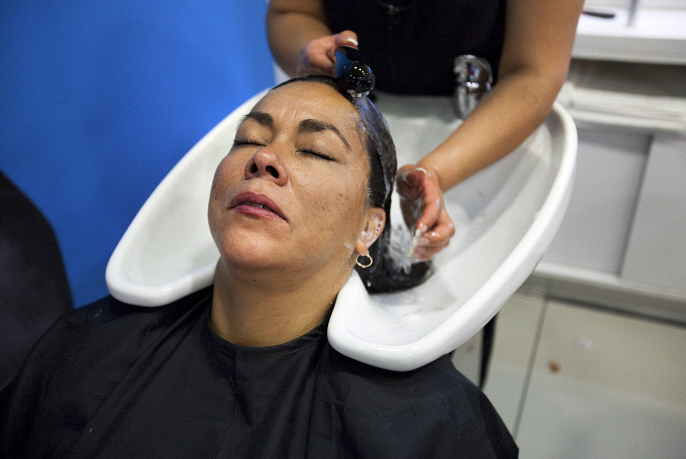 “The footage was obviously PR managed, but it got us thinking: if we could get a camera down there and have someone shoot with an open agenda – not controlled by the Chilean government – then we’d have an honest depiction of what was happening. But we couldn’t ask someone to send it down in case they had their rights cut off. The families received one TV link a week, for something like three minutes. Losing that would destroy them. 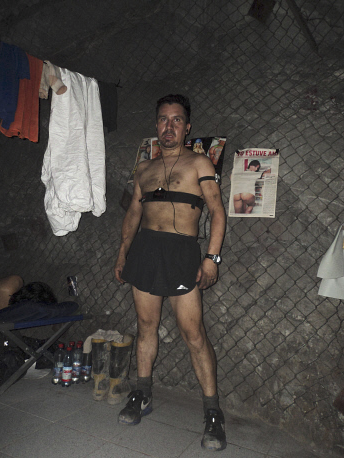 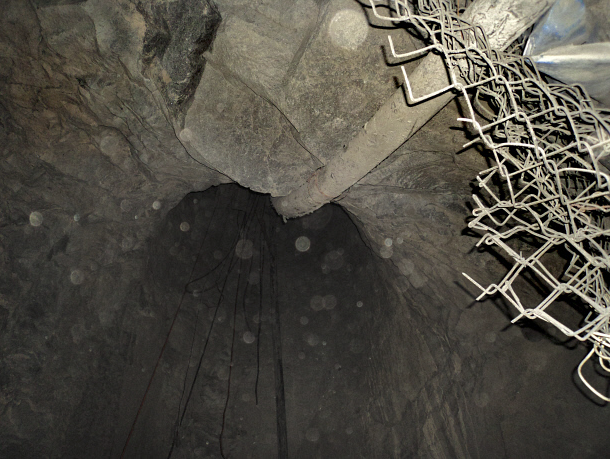 “One day Angelica was explaining to us how upsetting it was to only see Edison on the state-controlled video links; she wished she could see how he really was. Cautiously, we mentioned our idea, and she loved it. Edison was known as ‘The Runner’ – he was running underground as a way of keeping sane – and she wanted to send him running shoes. So we bought a really small camera, put it in the shoes, and Angelica wrote a letter that said, ‘Take this and show us what it’s really like.’ 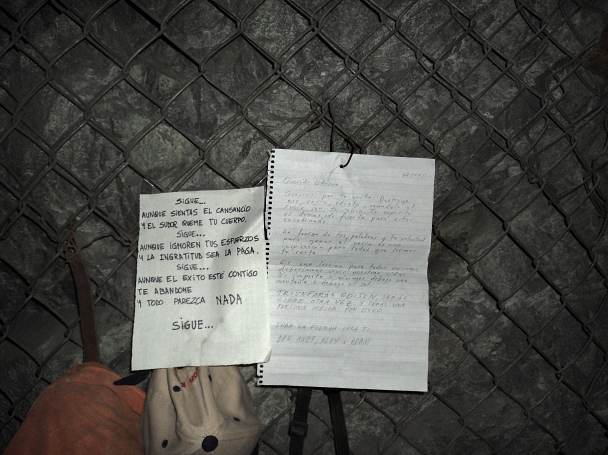 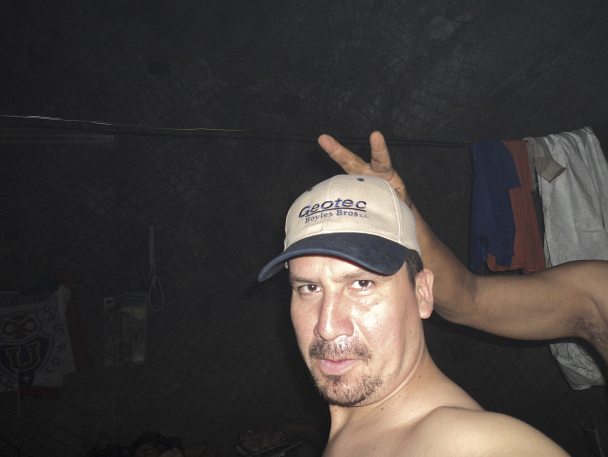 “Three days passed and no word. Then Edison and Angelica had this big fight – understandably, he was becoming unhinged – and she stopped coming to the mine. We wrote off the idea. Then on the day before the rescue, the miners were instructed to send up anything of value. Later, Angelica called to say, ‘I’ve got the memory card.’ Getting to her without anyone knowing became an undercover mission. We were surrounded by 2,000 media jackals desperate for news. Whatever was on that card was the only footage not controlled by the Chilean  government, and if they got a whiff of this they’d tear us apart.

“So we met Angelica in the back of a van. We put the memory card into the reader and a list of images popped up. Our hearts were pounding. The first images were black. Two, three, four, five, six images – just blackness. Then boom! This picture of Edison’s face came up, like a selfie. There were pictures of him posing around huge rocks, and then a series of him running, lifting iron bars. It was so surreal, it was unbelievable. Here were pictures of a man trying to fight off his demons and maintain some kind of sanity while wrestling with the notion that there’s a very good chance he may never see daylight again. 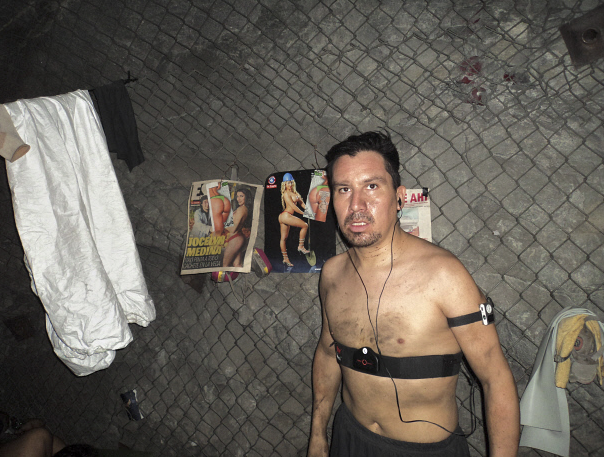 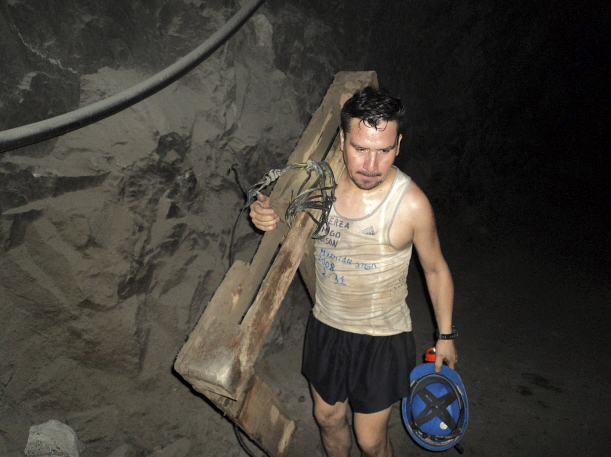 “It shifted our understanding of the person we thought we knew. We thought we knew this guy because we’d read his letters, then we saw images of a person going through a struggle that was more intense than we could have ever imagined, occupying his mind through gruelling exercise. Here was a visual document that will stand alone beside his story, and a photographer could not have done that.

“I learned a lot from that. I learned that there are different ways of telling stories. When you’re young, you assume that the story is only yours if you take every picture. But it taught me that that’s not always the case. I formed a situation whereby the pictures were taken, so part of that experience is mine. As a younger photographer you focus so much on getting amazing imagery that you think less about how it impacts people. People can be so willing to do things for you, they may not realise how that will affect them. Working with the BBC I had to become more practiced in ethical responsibility. 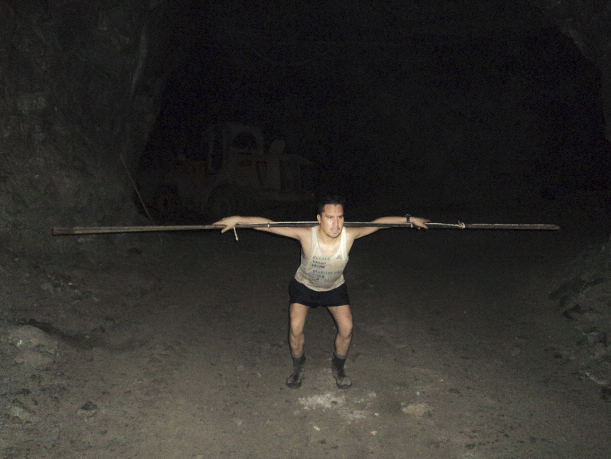 “Chile became a turning point in my career. I went there as a researcher and stills photographer, and walked away with experience in film. It also taught me the importance of collaboration. There’s a school of thought that young photographers often grow into; I certainly did. You convince yourself that all you need is one great idea that nobody knows about, and you’ll somehow be propelled to a higher level. But it’s a very dark and lonely path; you spend a lot of time ignoring other people, so when it doesn’t work out your whole world falls apart because you’ve got no one else to turn to.

“But you don’t have to do it all alone. You can talk to people. They’re not going to steal your ideas and even if they do they’ll do it in a different way. Don’t compound pressure on yourself to do something completely unique. Talk to other people, see if they’ve got ideas that align with yours, and even if you don’t work together they may shape your thinking in a way that brings you to a much better place.”

Linkedin
RELATED ARTICLES
OTHER ARTICLES
Since 2007, Gideon Mendel has made 20 trips to document floods in 13 countries. The result is an alarming record of what has already been lost to the climate emergency.
Theo McInnes’s photos of the annual event provide an intriguing snapshot of contemporary Britain.
Tristan O’Neill’s shots of dancers caught in moments of reverie at the height of rave’s golden age are a testament to the UK’s legendary club culture.
A new podcast is opening up the conversation between trans women and trans amorous men in the hope of building coalitions.
At his West Bank restaurant, Fadi Kattan established himself as the voice of modern Palestinian cuisine. Now, he’s bringing his innovative, bold flavours to the UK’s capital.
After blocking the Scottish government’s gender recognition reform bill, Westminster is now devising further changes to the law to make it harder for trans people to self-identify.